When it comes to new product lines I’m a little apprehensive and like to see them in the ‘plastic’ before handing over my hard-earned cash, the same applied when LEGO announced their relatively new Helmets line, after several months I finally took the plunge and grabbed the LEGO Marvel Iron Man Helmet (76165) and absolutely love it, although that particular model has its flaws (mainly the look of it) it was a joy to build and ultimately see sat in my display – oh and I’m team Iron Man so that helps!

As far as Superheroes go, be it Marvel or DC, I have two favourites, one from each comic giant. Marvel is of course Iron Man but when it comes to DC there’s only one clear choice and that’s Batman!

I’m a big fan of the newer incarnations of Batman with the likes of Christian Bale and Ben Afflect, yes that’s right I said Bat-fleck, his portrayal of the Caped Crusader is how I picture him being; big, brutish, and doesn’t back down. The warehouse scene in Batman Vs Superman is my all time favourite, the smack down he dishes out is incredible.

But anyway, where was I, ah yes the LEGO DC Batman Cowl (76182), that I picked up from an Amazon Daily Deal recently at a bargain price of just over £36, that’s a whopping saving of almost £20! 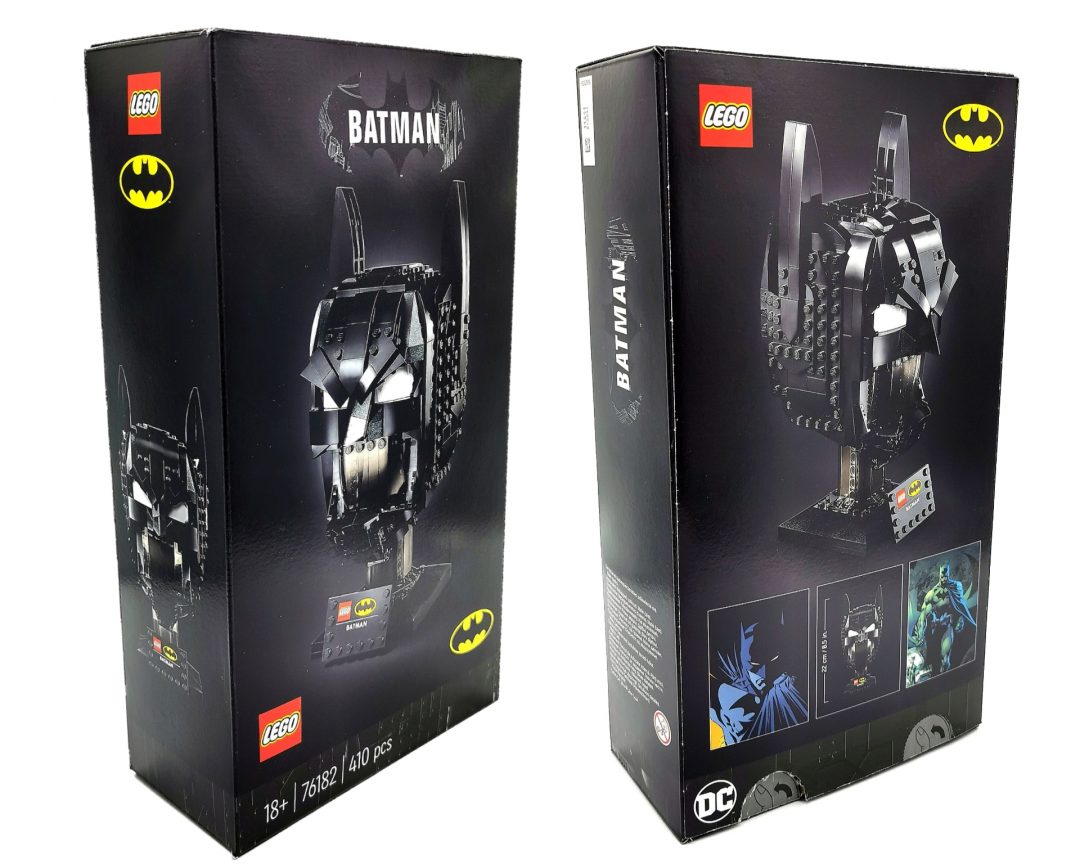 The box art has the now typical 18+ branding with its all black background and minimal design efforts I’m not grumbling however as I actually prefer this and think LEGO are really onto something here,itndoes state the piece count which is a decent 410 pieces. Flip the box around and you’ll see a couple of shots which inspired the Cowl and a measurement telling you just how tall it is, which is 22cm. 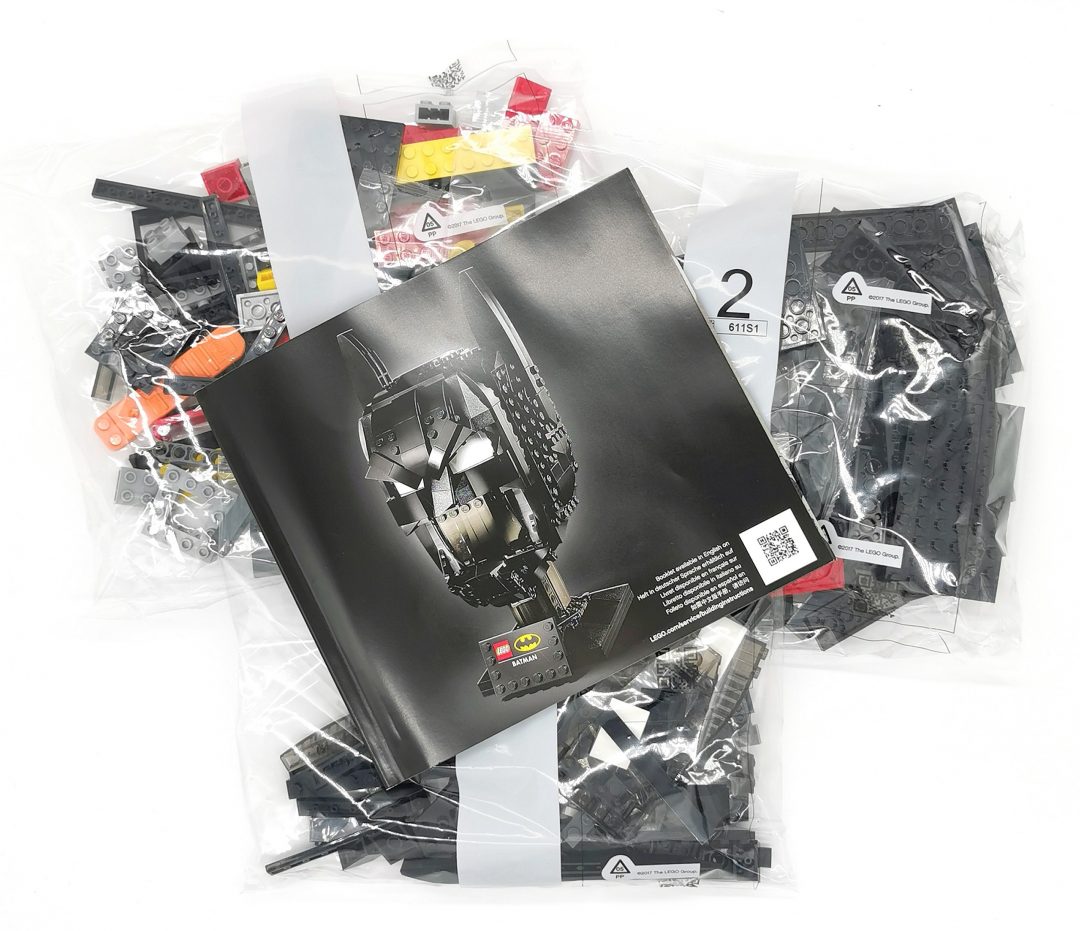 Within the box are three numbered bags and the instruction manual, as you’d expect.

The manual features a couple of pages dedicated to Batman, the character, and the LEGO designer of the LEGO Batman Cowl itself Junya Suzuki.

The team and I really wanted to create something that wasn’t specific to any one version, but still captured that unmistakable essence of Batman. 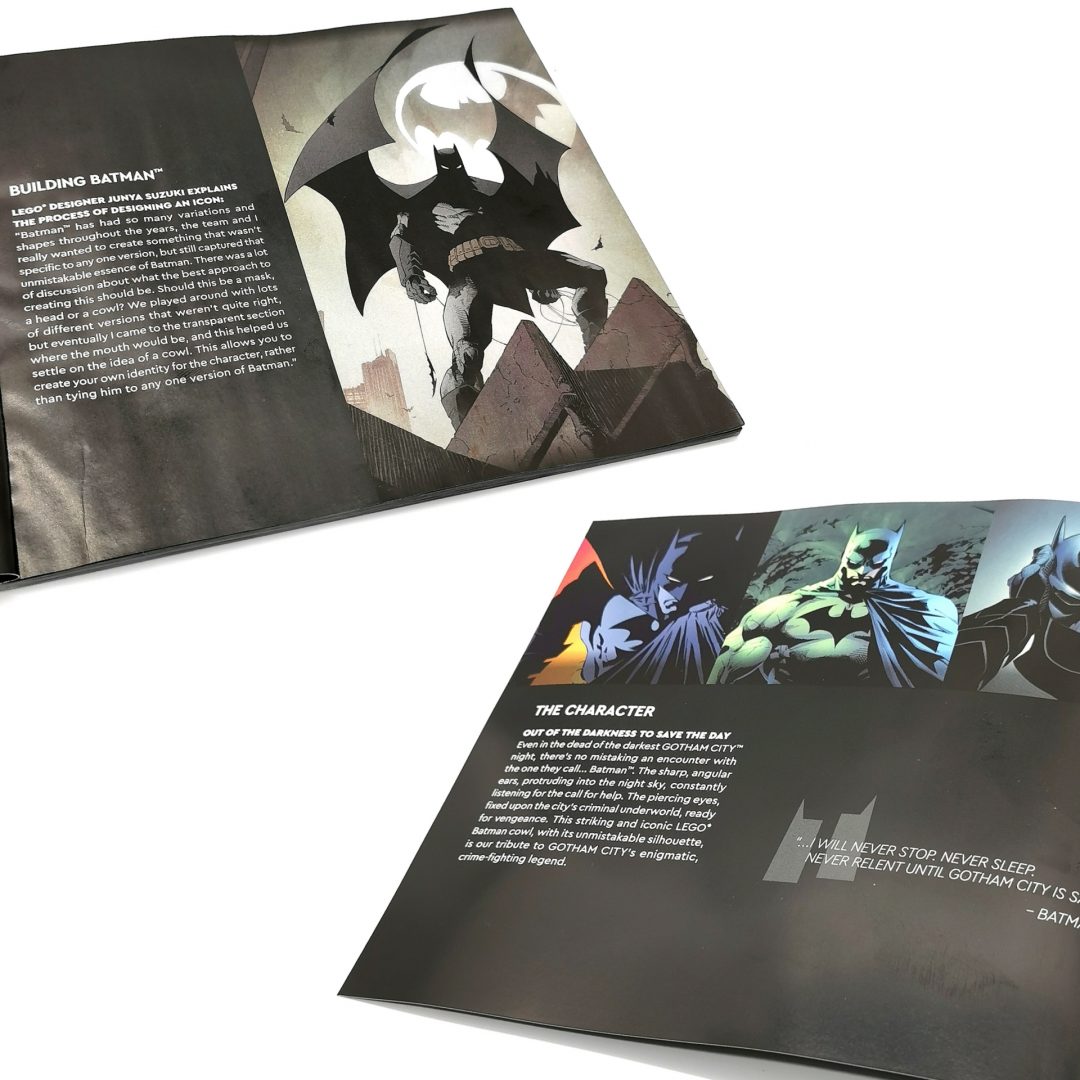 Great insight into the character and the design process

If you’ve built any of the other LEGO Helmets, or any LEGO set for that matter, you always start with constructing the base, it’s no different here and the display stand is built first.

There are two long Technic pieces that form the central support column and gives it that sturdy feel. The base itself tents to crumble somewhat if a tiny pressure is placed unevenly upon it, which is what happened twice to me whilst building.

The basis of the Cowl is also started here in bag one with a lot of SNOT (studs not on top) elements used, these will of course come into play later.

I like LEGO’s use of the window frames to build up the interior quicker, instead of upping the cost and using unnecessary bricks, wise move! 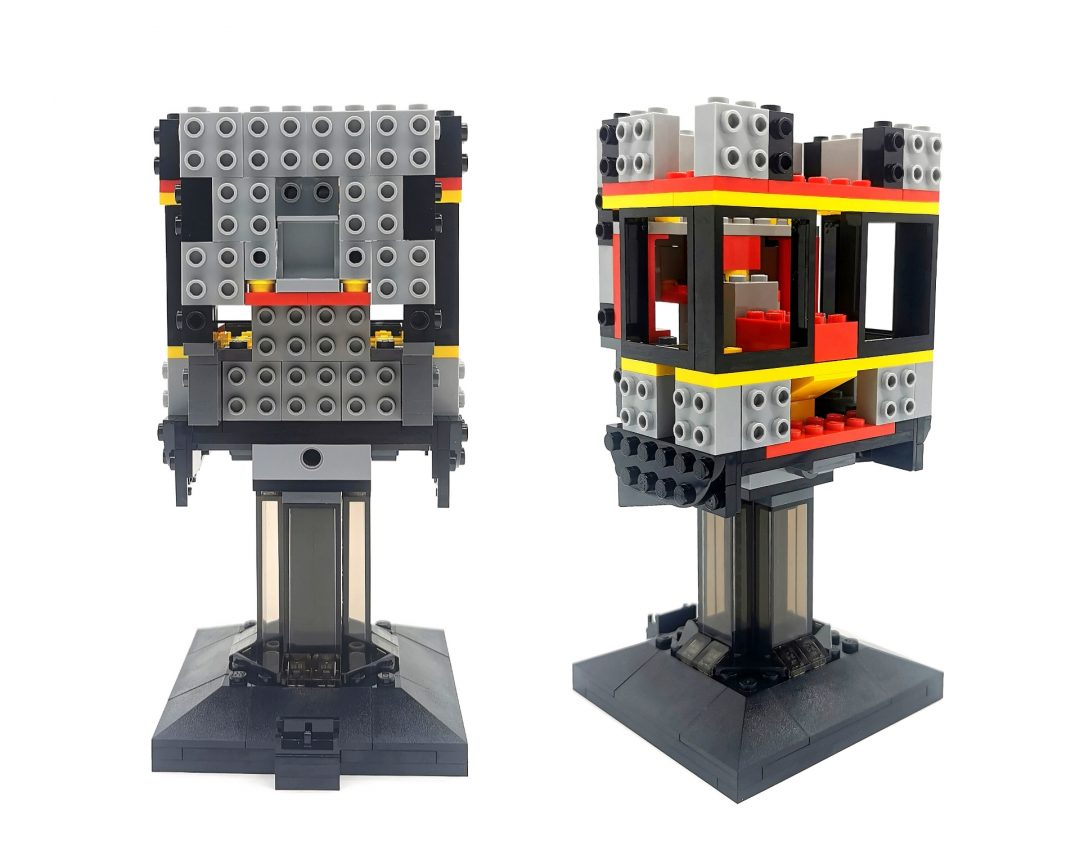 We seem to be flying through this set, but containing only three bags in total its hard not to.

Bag two has us build the sides and back of the Cowl, giving it that rounded head shape which involves a lot of plate layering.

It’s not too difficult and you’ll soon have both sides of the Cowl formed and stuck onto what you built in bag one.

The most interesting and enjoyable part of this bag was putting together the ears, being such an iconic shape and part of the character it was great to see them come together and finally added to the Cowl base. 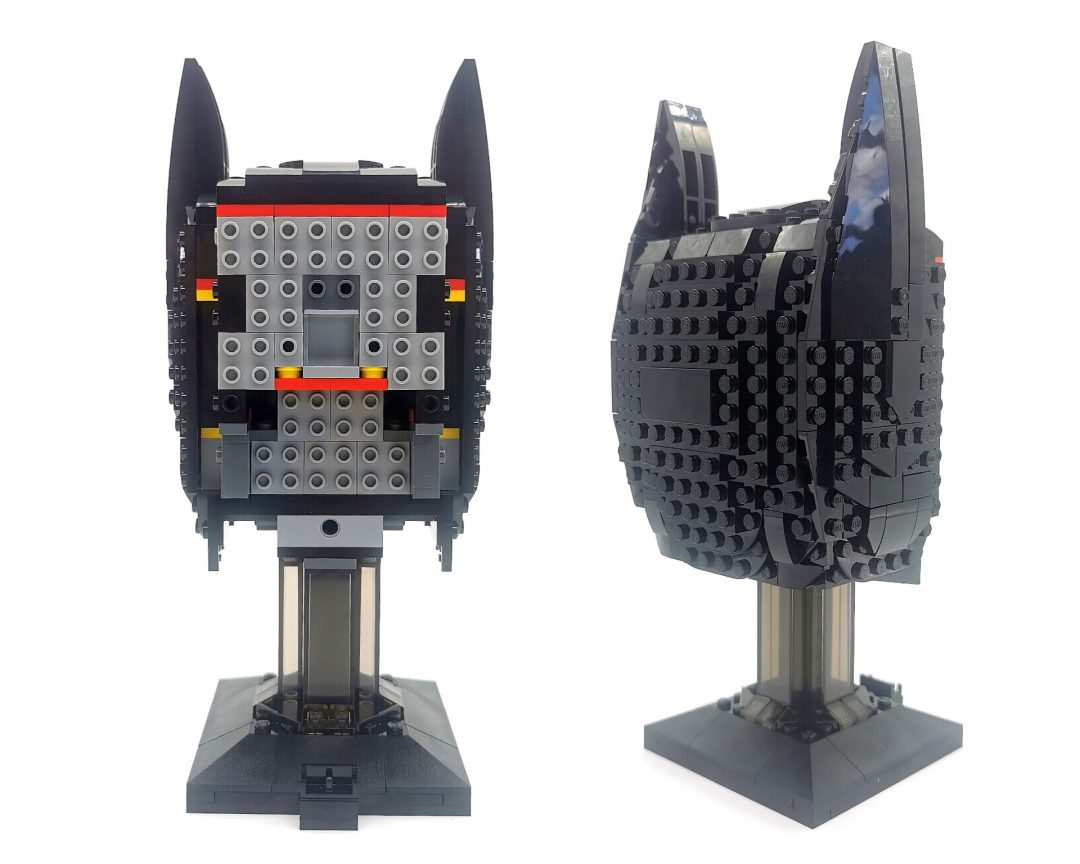 Once the sides and back have been added we can crack open bag three and ultimately finish the set.

This bag focuses on building up the front and ‘face’ part of the Cowl, adding two large 2×4 white slopes where the eyes would be, the nose bridge, the mouth opening, and iconic frown.

There are multiple parts I love about this design, the nose shield has to be top of the list, it just works so incredibly well and looks cool from any angle. The ears are a close second, the way they’re built and again look is so cool, combining them with the rest of the set makes it a joy to behold and display iny collection! 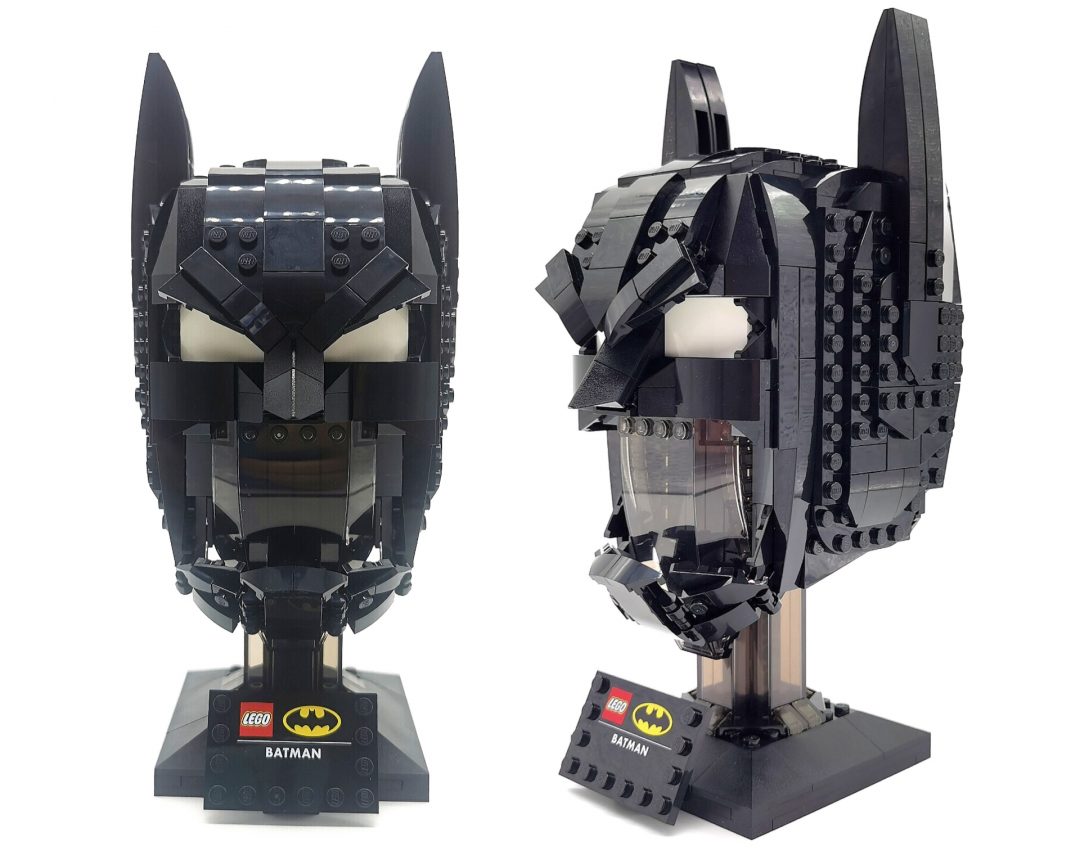 Bag three – finishing off the cowl

Overall both the build and design of this set is stunning and I couldn’t ask for anything more, even the transparent opening I like, as I know a lot of fans have shared their disagreement with the way it’s been done and that it looks ‘weird’, I couldn’t disagree more and I actually love how it looks and works, it’s a Cowl after all, how morbid would it have been if they included a head inside!

The inclusion of the printed plaque is a nice touch and keeps in style with the previous Helmet releases. 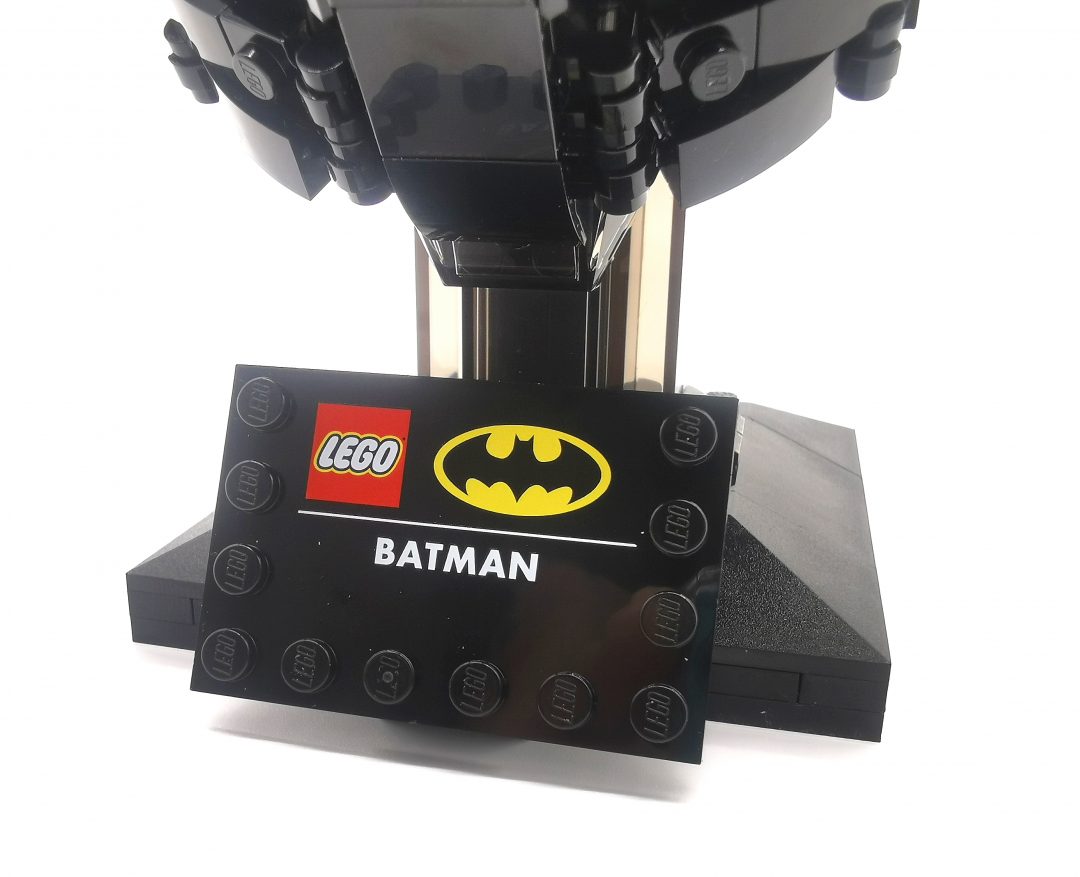 Apart from the odd base crumble here & there I would say LEGO have out done themselves and captured the essence of Batman extremely well. If I had to pinpoint which incarnation of Batman it most resembles I’d have to say Christian Bale’s portrayal of him, purely because of the more slender look it gives off.

I for one cannot wait for the LEGO DC Classic TV Series Batman Cowl to become available and will of course be nabbing that as soon as possible!

Do you have this set? What do you think of it and would you recommend it to friends, fellow collectors, and family? Let us know in the comments below.

If you register for an account you can also leave a short review in the section below, just hit the corresponding button.

Thank you for reading our review of the excellent LEGO DC Batman Cowl (76182) set! 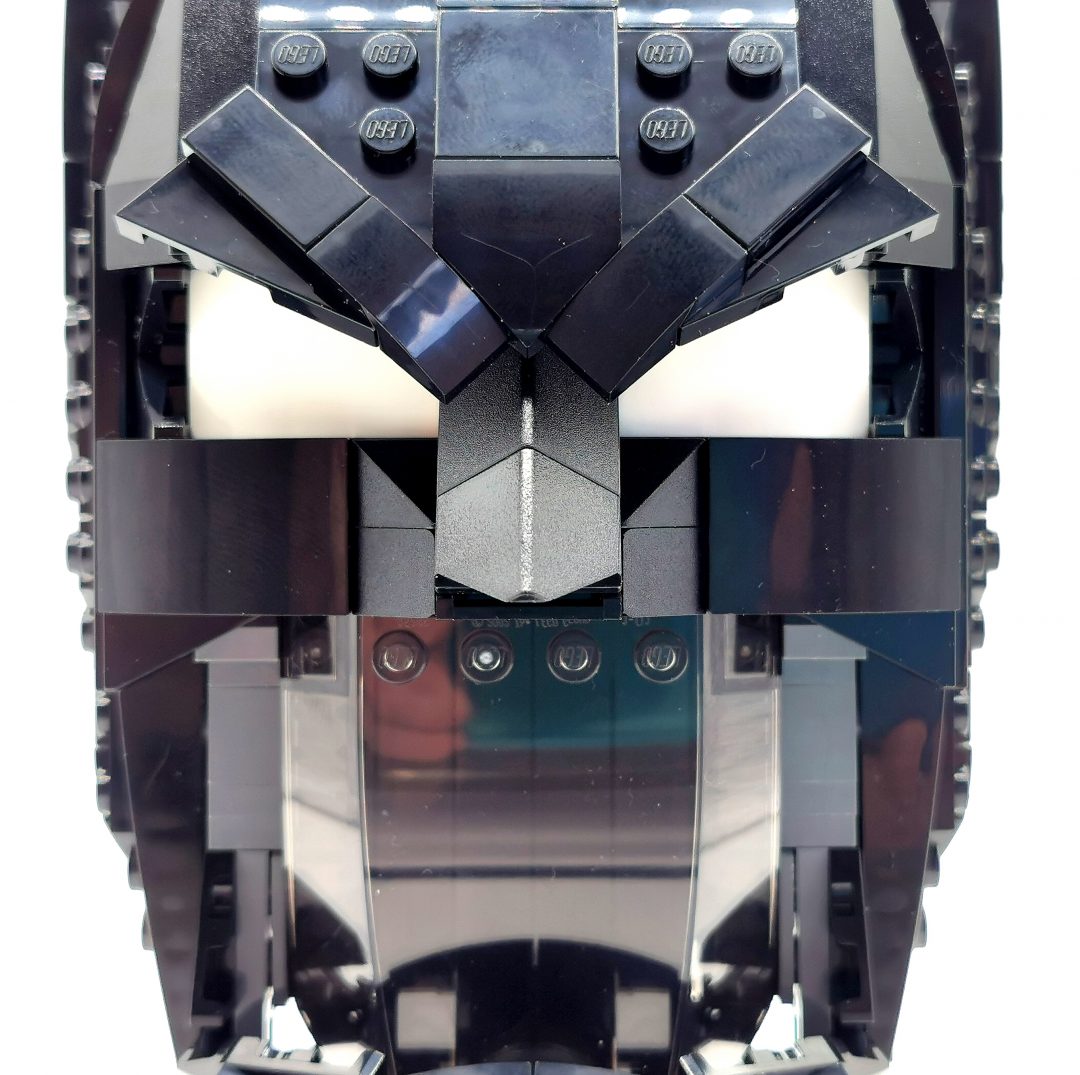 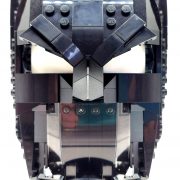 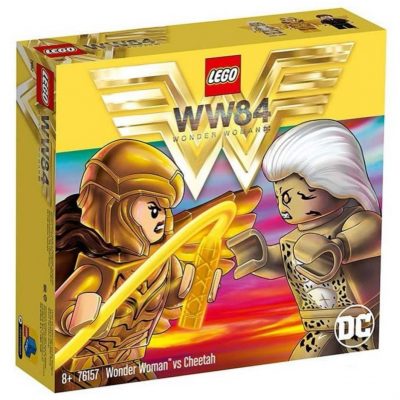 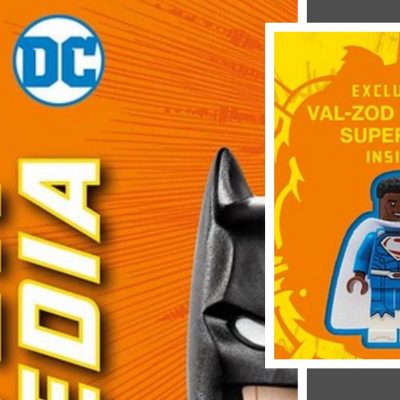