The humble red telephone box is synonymous with London and the UK in general and was once a staple of communication, today they’re used as tourist photo opportunities, if you can find one of course.

Usually dotted around the streets of London, hidden around corners, plonked in the middle of nowhere, these bright red boxes are part of History and rightly so, connecting people long before the Internet and mobile phones. I personally don’t remember ever using one but have seen them many times, there’s even one located in the small Village I reside.

Today’s feature, if you haven’t guessed it yet, if the Red London Telephone Box, created by Bricke1980! Bricked1980 maybe a name you recognise as we shared one of his product ideas last year, The Village Post Office, which gained the required 10k supporters but unfortunately was never choosen.

He’s back with another contender in the form of the Red London Telephone Box, which looks absolutely stunning and would standout in anyones LEGO display.

The use of the bright red bricks for the box itself was a must and the addition of the panes really sets this product idea off and sets it apart from previous attempts. The inclusion of smaller details is what truly makes any set special and there are tons to be found here, starting with the Gold handle, it’s the first part of the structure you touch and usually the last too, it opens up the user to a World of possibilities, well in its hayday it did. Head inside and you’re greeted by a very quiant but equally elegant interior that represents the era it was designed in way back in 1924. With tiled flooring, a much needed noticeboard, and an old mechanical/dial telephone the Red London Telephone Box was complete!

Bricked1980 has done an extremely good job in recreating such an iconic part of History and has even gone as far as incuding details and additional builds outside. Not only do you get the Red Telephone Box you’re also greeted by its older and just as gorgeous counterpart, a Red Post Box. Both at one point were owned by Royal Mail so it does make sense to have these side-by-side. Next to that is a lovely looking pot with a bunch of pastel coloured flowers pouring out and climbing the Red Telephone Box, making the whole scene complete!

Spin the set around to the other side and you’ll see a traditional Lamppost, again presumably from around the same era. The hanging baskets are great and done really well, the head of the lamppost really works well and would love to get a closer look at how it’s put together and the parts used. A couple of pieces that really tickle me are found inside and stuck to the noticeboard. Both the London and Union Flag postcard and the ‘Keep Calm and Carry on Building’ poster, both would be extremely welcomed into the tile collection and if this were to become an official set I hope they’ll be printed. In my honest opinion this product idea should gain the 10k supporters it needs and pass the review stage with flying colours, maybe I’m a tad bias as I’m British but this would sit proud in anyone display and look amazing doing so.

We would like to wish Bricked1980 the best of luck in promoting and gaining support, we know it’s a tough job and a lengthy process but worth it in the end.

You’ll find the official links below to show your support, you know what to do! 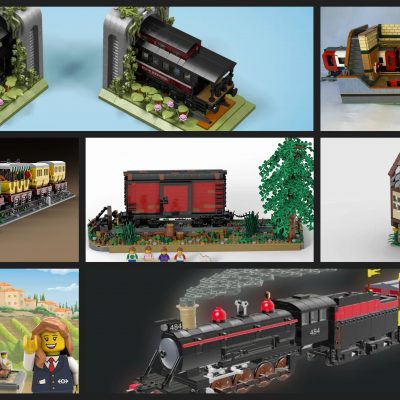 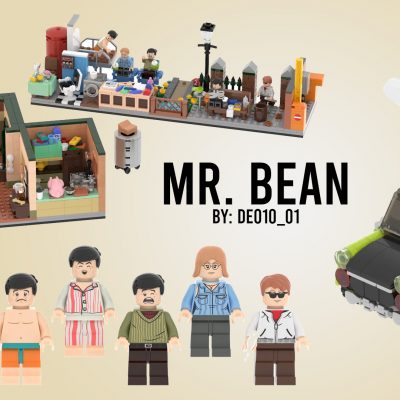