There’s one thing you can rely on in life and that’s classic TV shows, you can’t beat them, especially when it comes to British comedy, with the likes of Monty Python, Faulty Towers, Young Ones, Bottom, Only Fools and Horses, the list is endless!

So when perusing the LEGO Ideas website, with a nice hot cup of coffee and a custard creme biscuit, I came across another retro TV show that I used to watch back many moons ago, Red Dwarf!

Whenever I had the chance to watch it I would, and have gone through the series countless times on DVD. The newer episodes are great but can never recapture that exciting, raw, almost budget feel the very first series’ had. 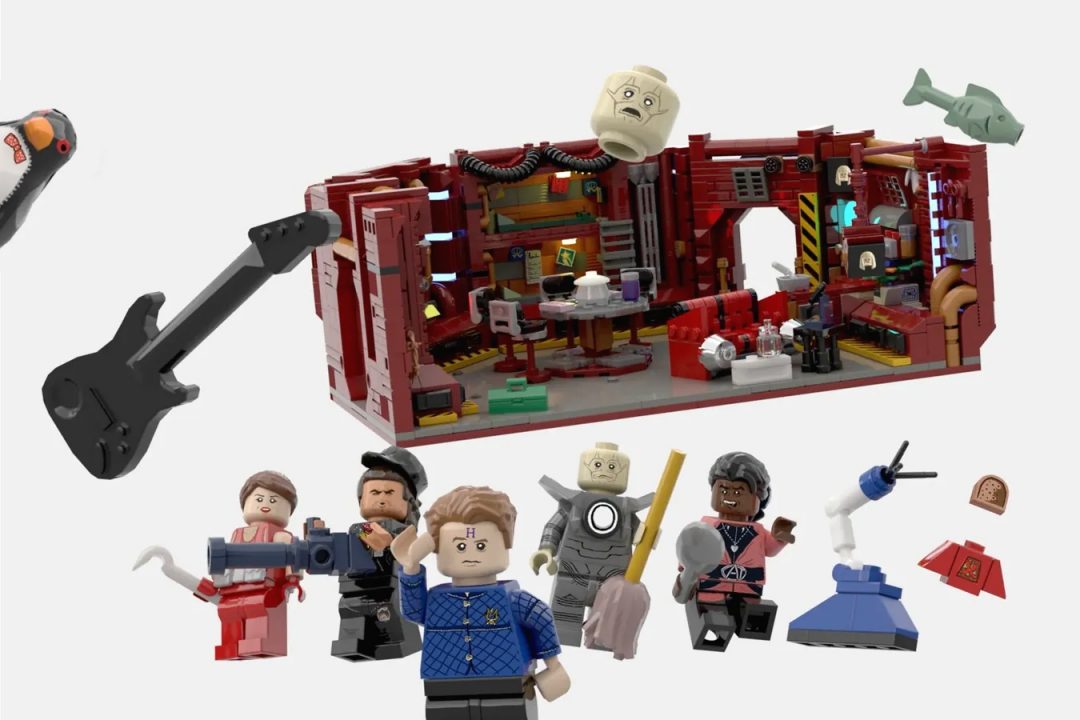 This isn’t the first Red Dwarf related product idea on the platform, and they have all been worthy of being produced into an official LEGO set, in my personal opinion. But this particular idea has something in common with other, already released, sets. The whole TV studio look is very much LEGO’s ‘thing‘ at the moment with the likes of LEGO Ideas Central Perk and the follow-up Apartments sets, LEGO Queer Eye, and most recently LEGO Ideas Seinfeld! 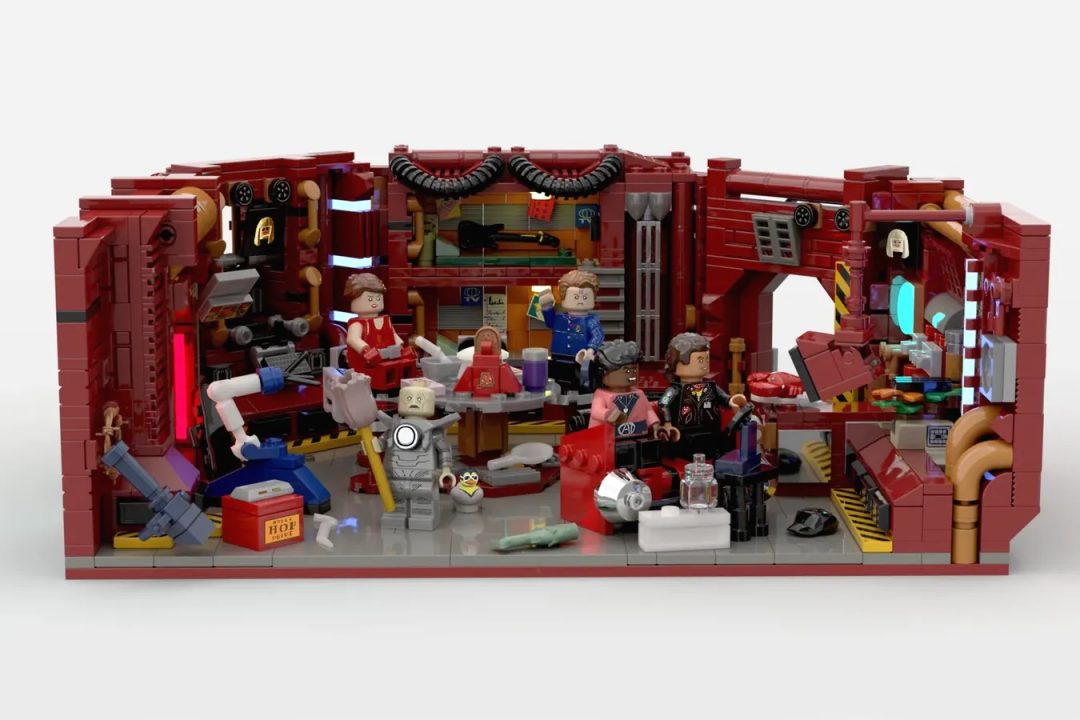 The whole product idea looks fantastic and really captures the look and feel the original series’ had, with the dark red interior and overall industrial aesthetic.

Its size looks to be in-keeping with how I remember the film set and the furniture and props seem to be all there, with the main dinning table, haggard red sofa, bunk beds, kichten-esque space and the main door way into the room. It certainly brings back good memories and as a whole works extremely well.

The props, in-jokes, and references span the entire show which and have been included in this submission, they include: 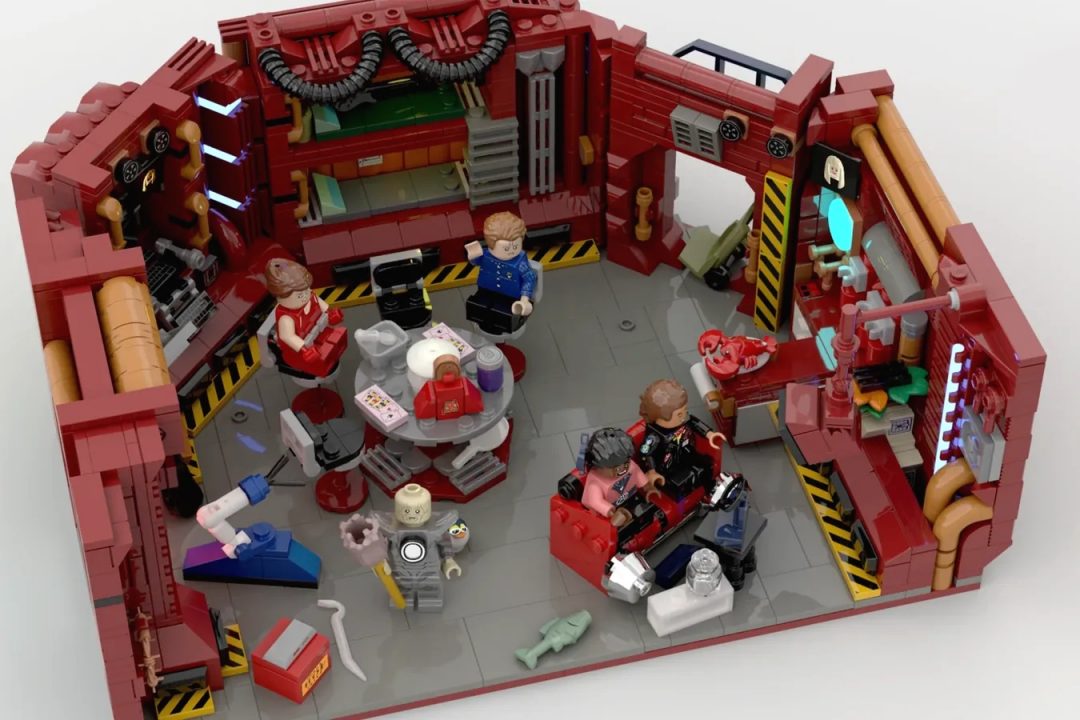 It wouldn’t be a Red Dwarf set without the crew, and the whole gang is here. We need these Minifigures in our lives and LEGO collections and I want them now. I’d be happy with just the four main characters, but the inclusion of Kochanski is great and she was a big part of the show in later series’.

The LEGO Minifigures included are: 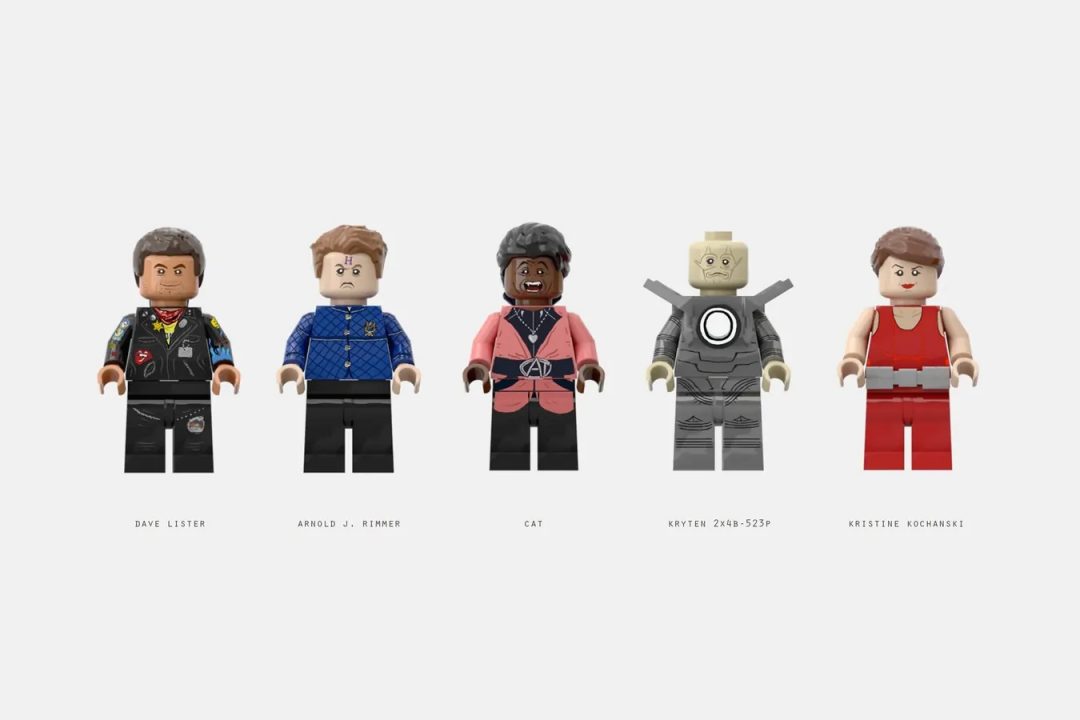 Spin the set around and you’ll see a surprisingly good looking rear with a few hidden features of its own, most notably the green tool box that is place on a shelf above the door.

Usually the back of these TV studio sets are a little ugly, with bits jutting out, different colours etc, but here I think is actually works well and follows suit of then mechanical and industrial look of the Red Dwarf ship. 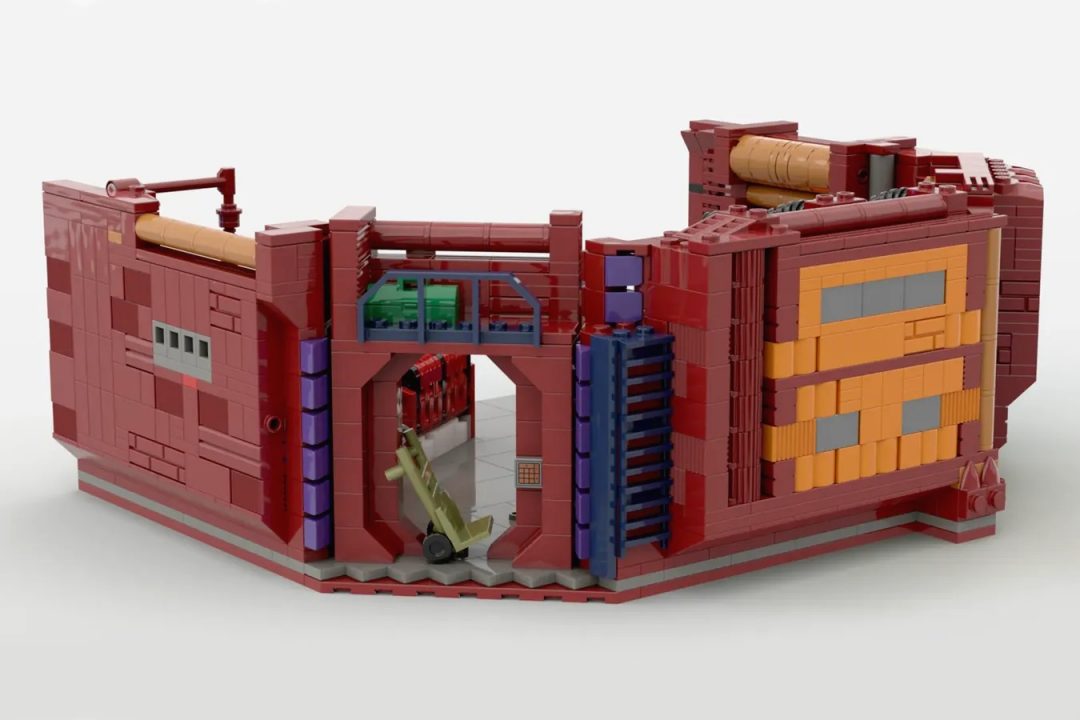 As you can see from the many images the creator, BRO3, has done a wonderful job in recreating the Red Dwarf‘s sleeping quarters and included a bunch of accessories, as mentioned above we have the dinning table, sofa and a ton of other furniture and props seen and used throughout the TV shows life.

I particularly like the way he has designed and made the red sofa, it looks like the onscreen counterpart with its leathery fabric and tail-end of a classic car. 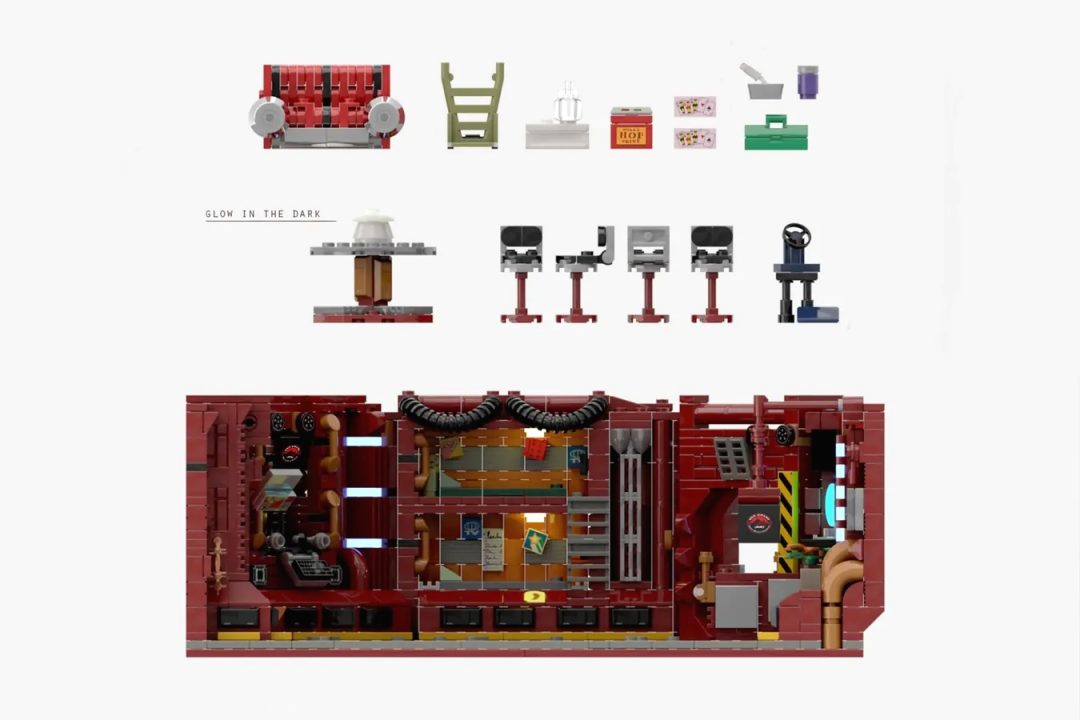 If LEGO were to produce this set it would be within their new TV Sitcom theme, which is a given I know. With the addition of perhaps lighting and rigging positioned on the sides similar to the LEGO FRIENDS Central Perk and Apartments sets.

A perfect GWP (gift with purchase) would be either a microscale or Minifigure scale Starbug, perhaps even the small Smart Car that was made to look like Starbug in a new series of the show would be epic! 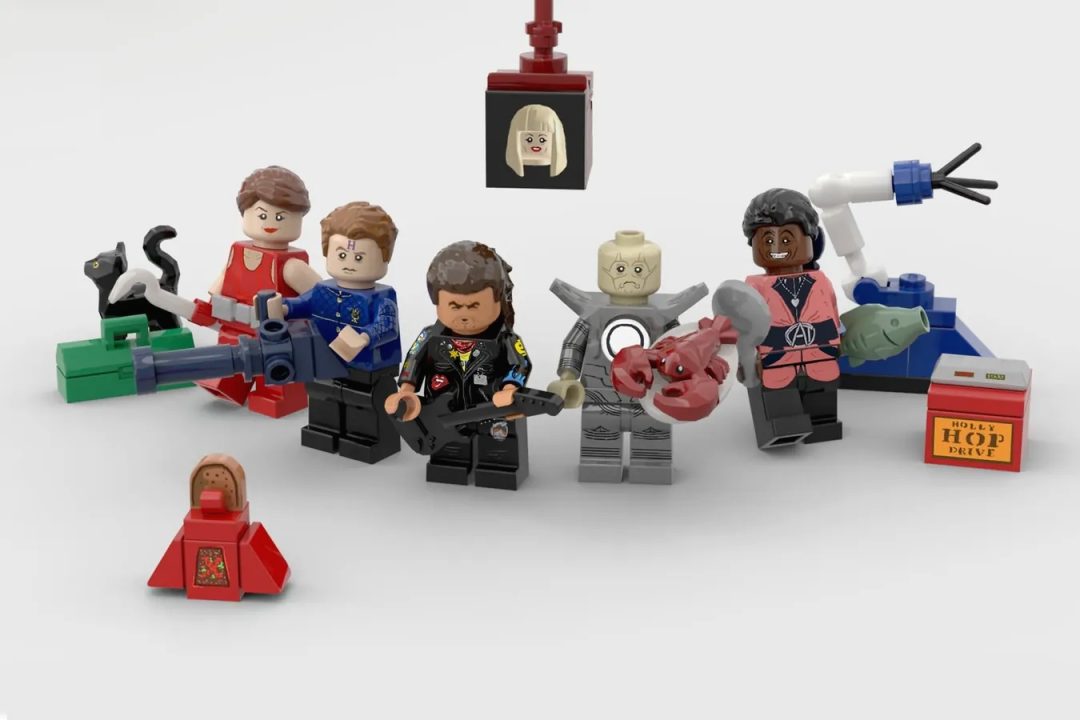 Whatever happens I hope BRO3‘s product idea gets the support it needs and manages to get through the review stage and ultimately get produced into an official LEGO Ideas set.

So please show your support and Head over to the official LEGO Ideas page below, and hit that button!

LEGO Marvel The Eternals 76156 Rise Of The Domo Review