As far as new lines go, Lightyear is a hit in our eyes, with one set in particular standing out from the crowd, LEGO Disney Lightyear’s XL-15 Spaceship (76832)!

It’s based on the upcoming summer blockbuster movie of the same name, Lightyear, which tells the story of his origin. If the movie trailer is anything to go by then we’re in for a real action-packed treat.

As LEGO still has a license with Disney it was inevitable they’d produce a set, or 4, under that theme and boy what a job they’ve done, from the Duplo and 4+ sets to the fully fledged Space, that has underlying tones of LEGO Classic Space!

Today’s review we have the afore-mentioned XL-15 Spaceship in all its LEGO glory, so please sit back and relax and enjoy our review, why not grab a drink and hit the ‘listen to this article‘ button above. 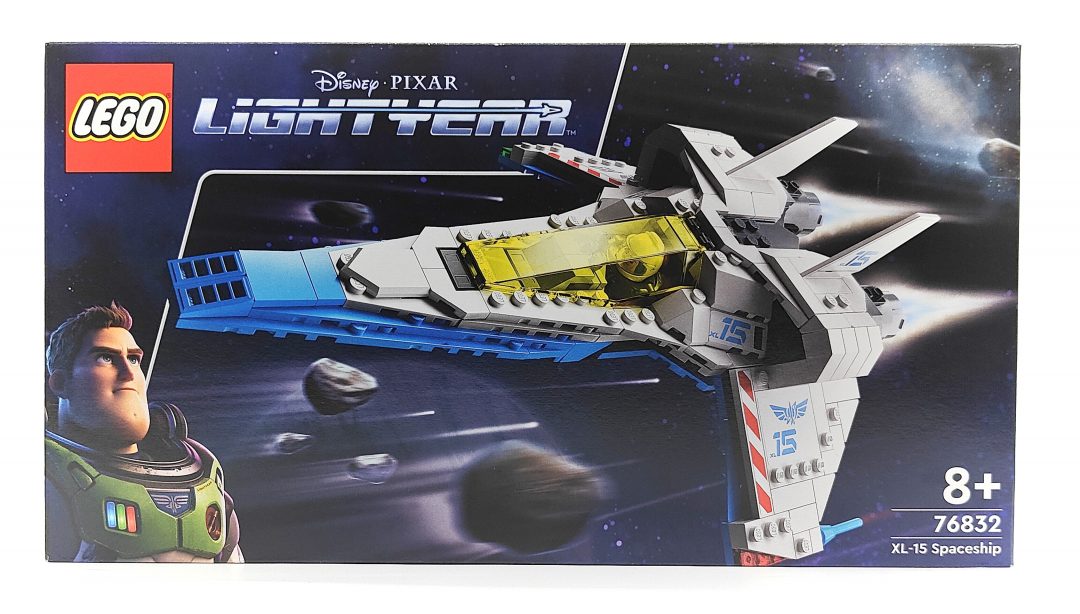 The box art above shows quite a detailed backdrop on which the Spaceship is placed, with rocks and meteors whizzing past to give it a sense of it moving quickly. It works really well and I like these types of graphics, they help the imagination to picture a scene and how the ship travels.

Also on the front are the usual details, such as set name and number, suitable age, the Disney Lightyear logo and of course Lightyear himself. 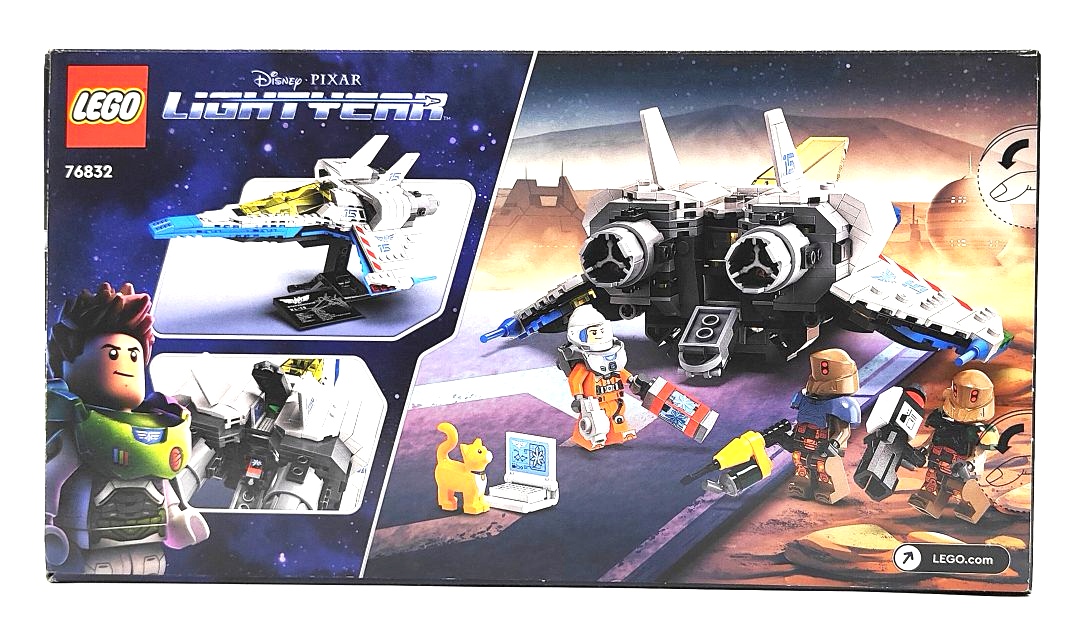 The back of the box depicts the Buzz getting ready to depart on a mission, loading up the Spaceship with its cargo and weapons.

It also shows the finished set standing proud on its plinth along with the opening and closing of the cargo area, which is basically two flaps that lift up/down to expoae smalls holding areas.

Inside the box are 5 numbered bags, a sticker sheet, and of course an instruction manual. 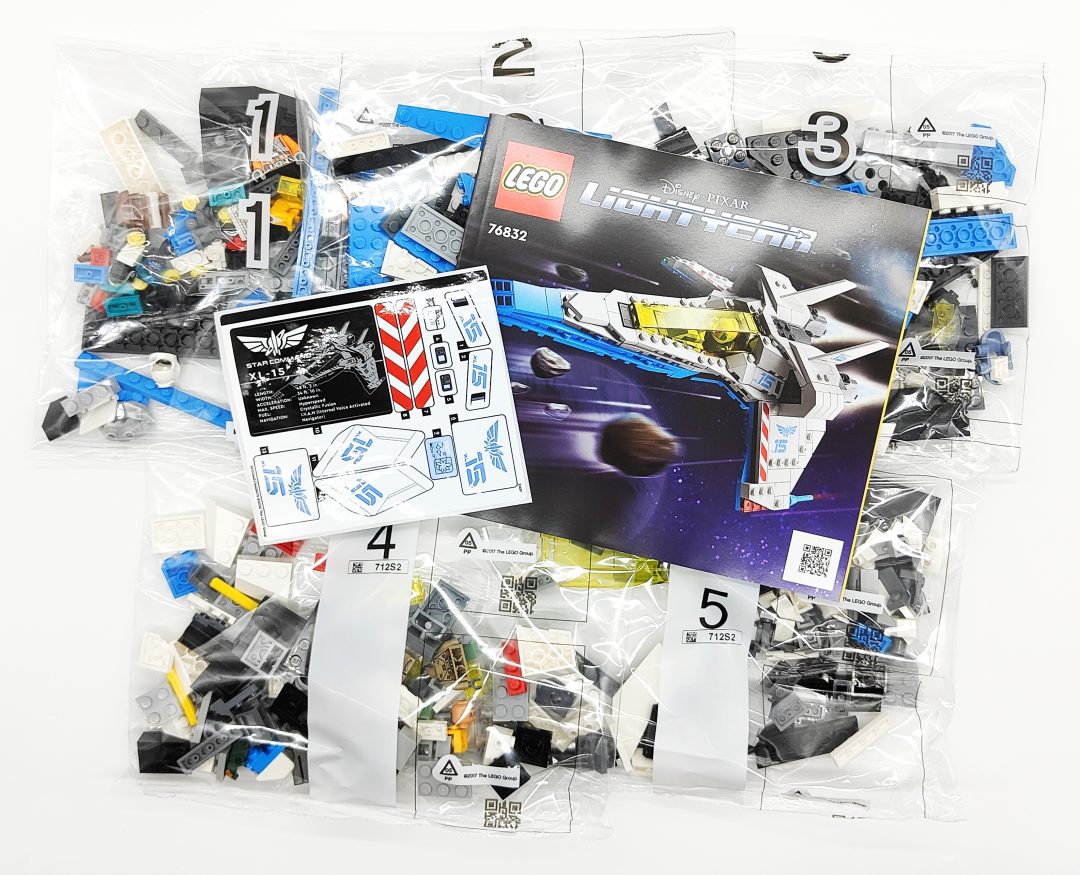 As I say in most of my reviews sticker sheets are becoming less and less bothersome and I quote enjoy a good sticker, sometimes!

The design of each sticker is new and again LEGO have done a great job in their design, although most are for the Spaceship itself there is one that has all the ships specifications noted on it, this is the plague, which is being seen more and more in recent sets, and I like it. The plaque is the final bag of bits which leads us nicely into the build section of the review. 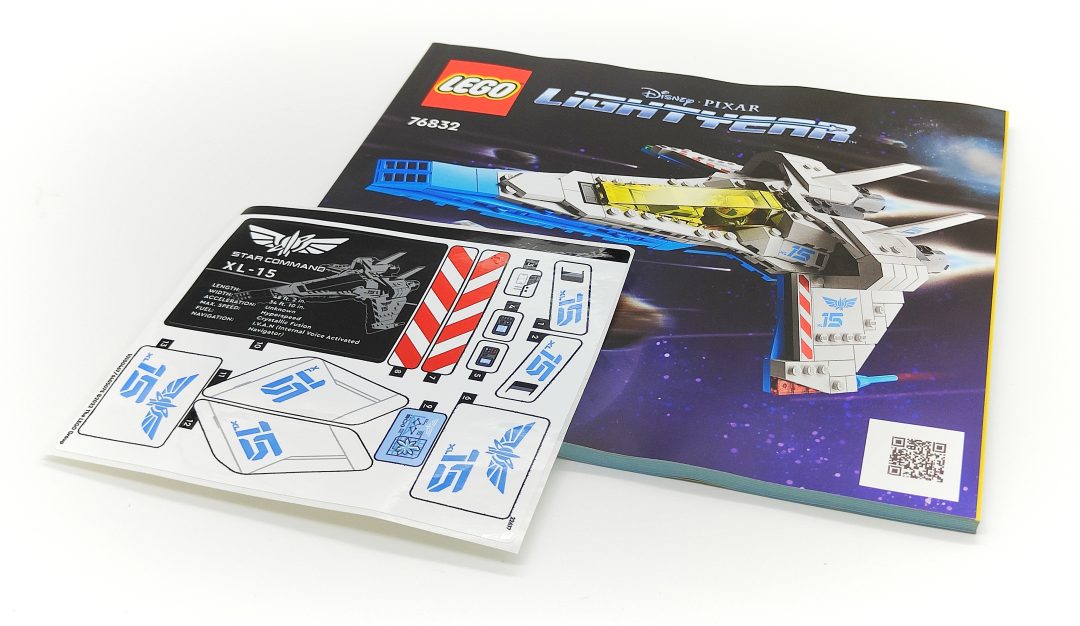 Starting off with bag one, obviously, we make part of the base on which the rest of the Spaceship will sit. Building up as we go, adding details and stickers along the way. It already looks like a Spaceship, with its blue nose and white chassis. 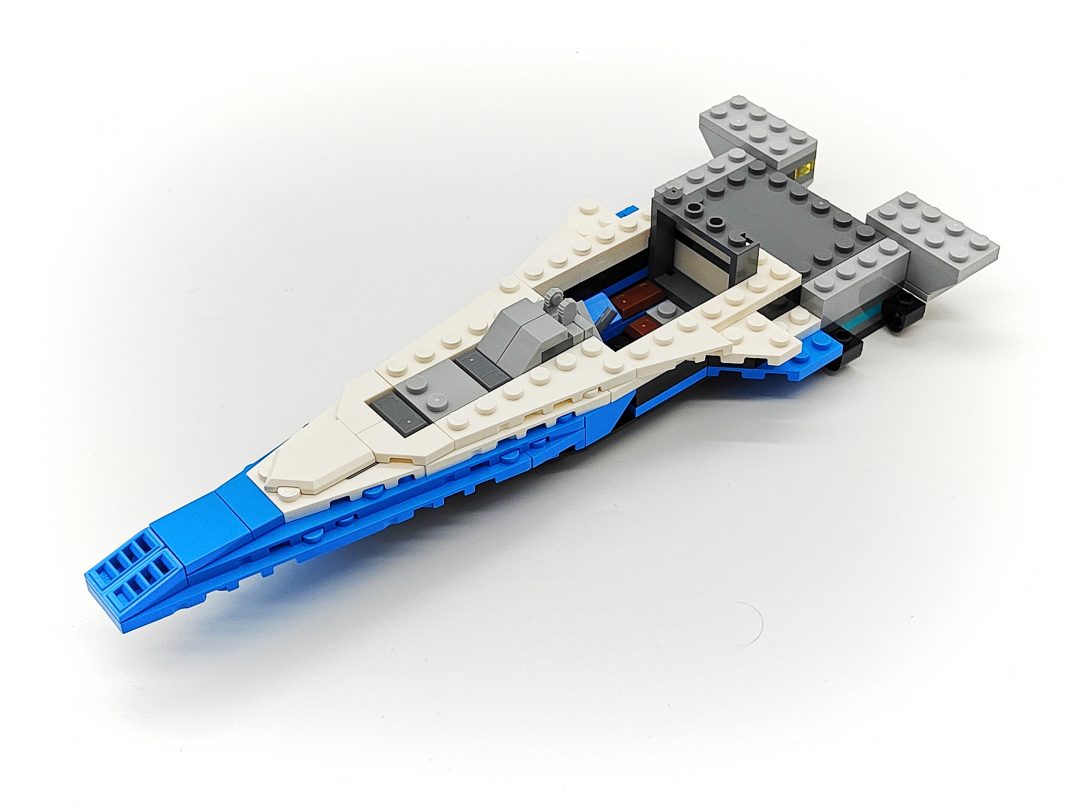 The cockpit and control stick are added, in quite a unique way. The stick is a Technic pin with a ball on the end and simply pops into a socket, this allows for more maneuverability in the air, a nice little touch by LEGO there I must say.

Bag two adds more to body of the vessel and expands on the wings slightly. There’s not much to see here as again it simply fleshes the area out and doesn’t really add too much detail.

Bag three adds the base of the wings either side and the first stickers are applied, showing the Lightyear XL-15 logo. The same tone of blue used throughout the vessel is used on the stickers, which I really like and ties it all together very nicely. 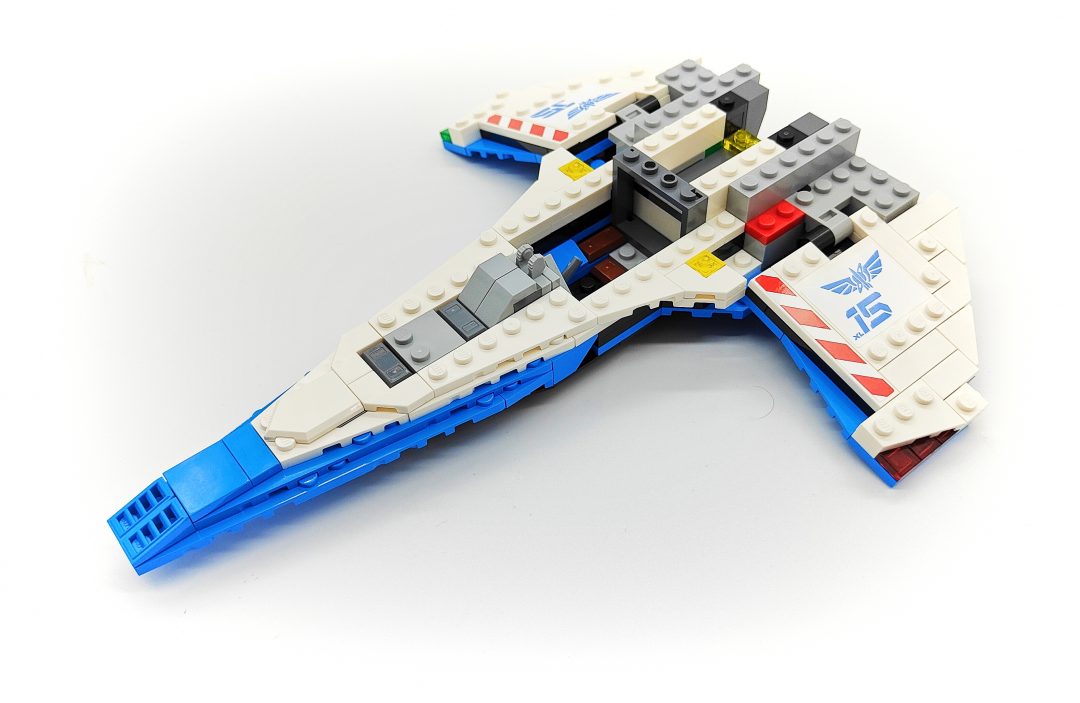 Bag four we add more detailing to the wings and flesh out the engines, expanding on what was already there. The angles of the jet compartments is beautiful and really gives it that Space and Classic LEGO Space look & feel!

The Spaceship is almost and there are just a few more parts to add in bag five, finishing off the engines and jet parts located at the back. Using two cool looking Technic pieces the jets look fab from all angles. 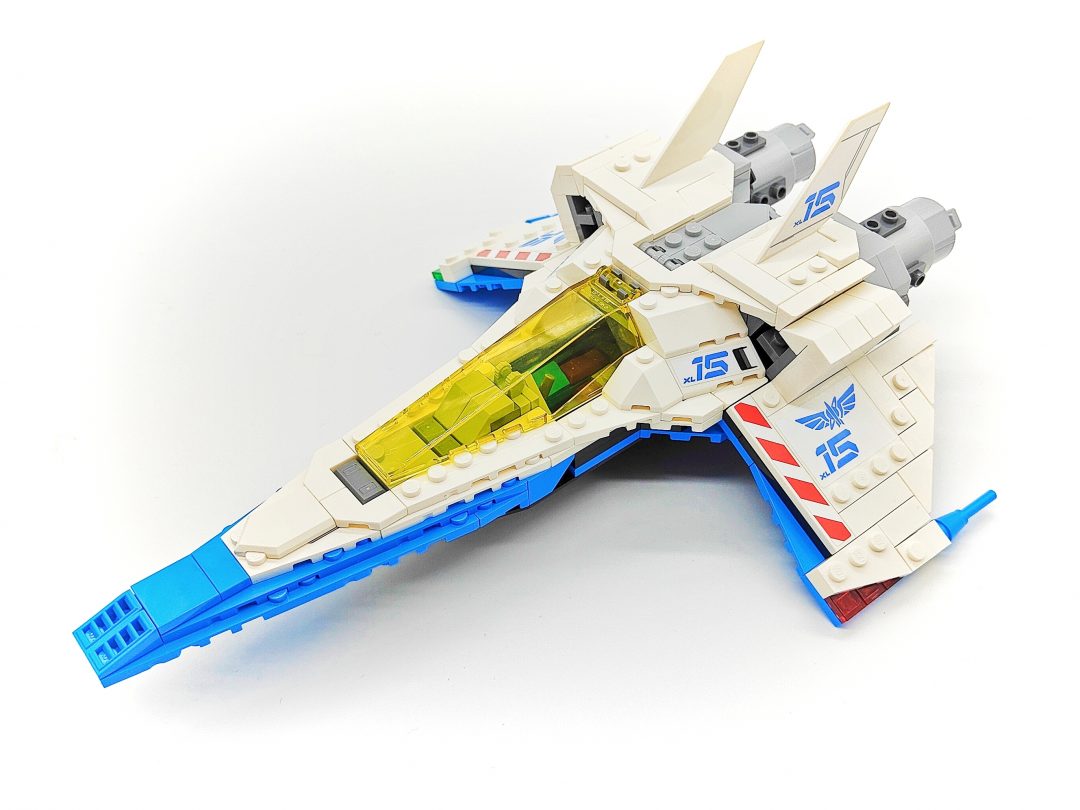 Bag five also builds the display plinth, which in itself is genius and only uses a handful of parts, OK maybe a little but it seriously doesn’t feel like a lot of parts went into its construction.

The plinth also comes with a large UCS style tile and sticker, outlining all the ships technical specifications. I really love the fact that LEGO goes that extra mile to include such a thing and in a small-ish set too.

Once the whole thing is complete and you pop the XL-15 onto the display, it really takes off and comes into its own. The way it seemingly hovers in place and at a jaunty angle really helps sell this set. I mean personally I was sold from the seeing the very first images of it many weeks/months ago. The hark back to Classic LEGO Space is definitely there, waiting to be unleaded… Come one LEGO, make it happen already! 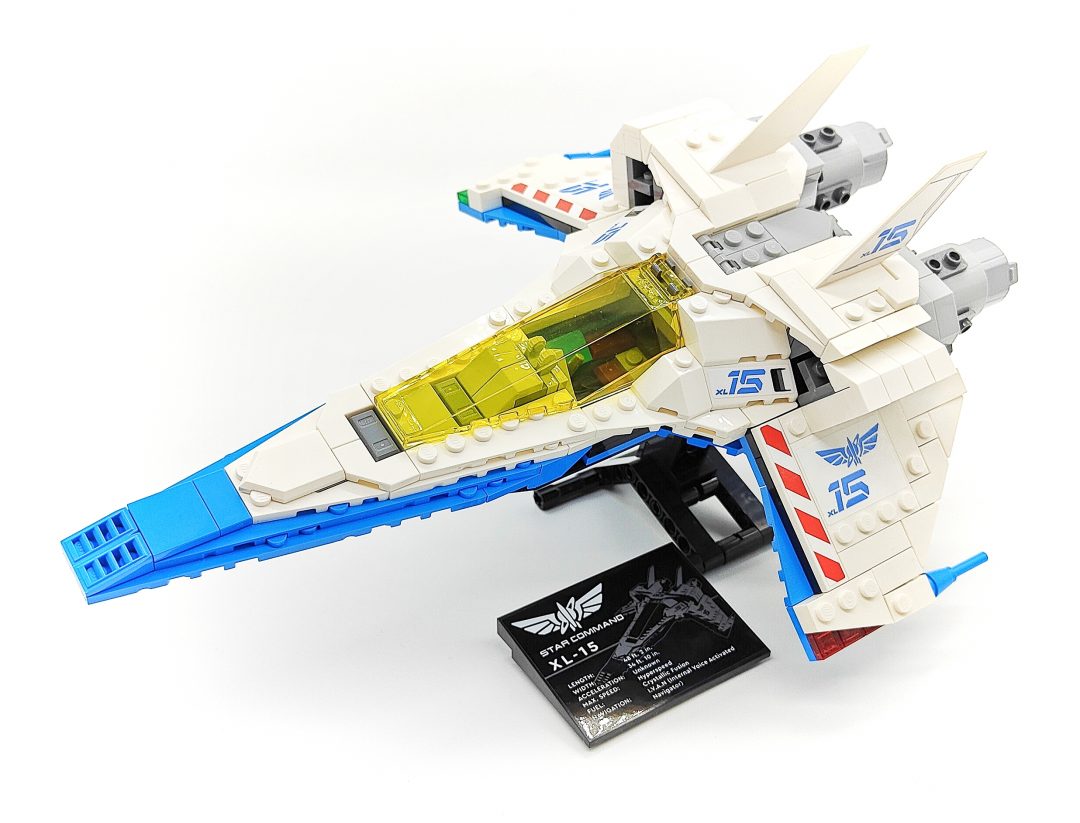 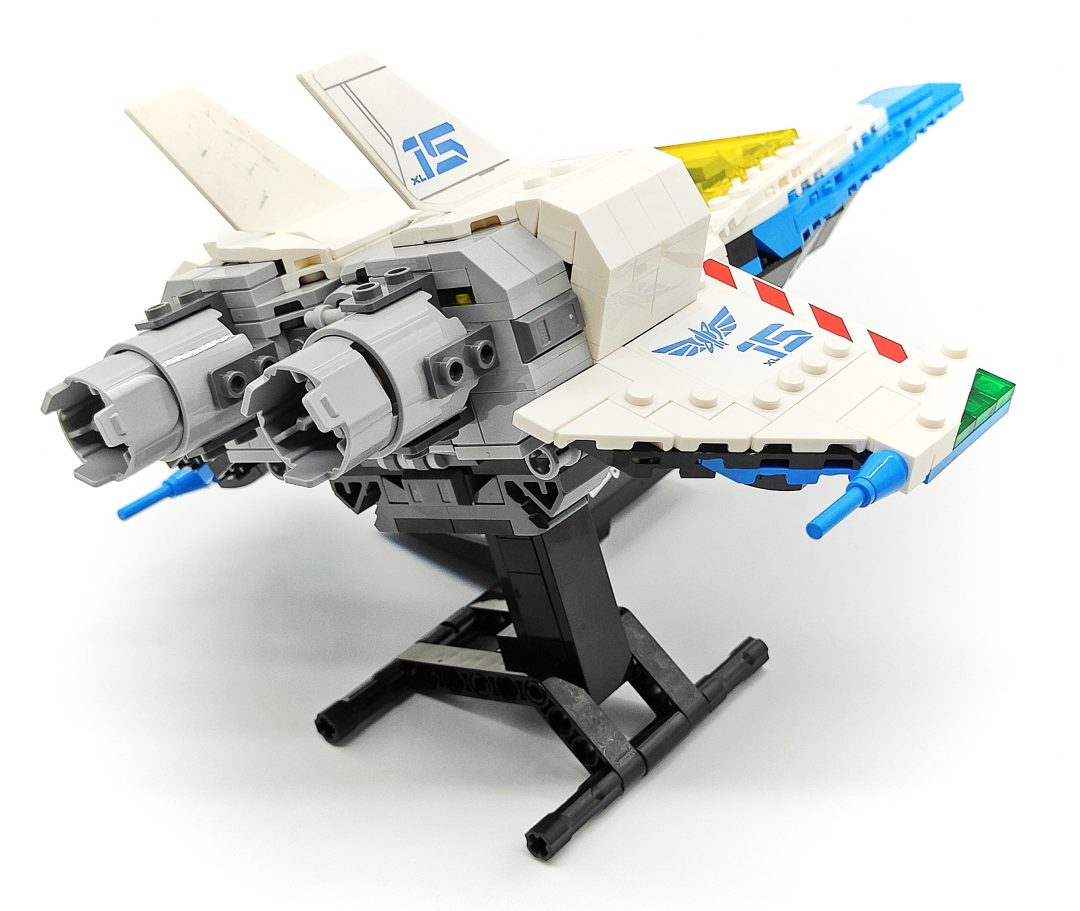 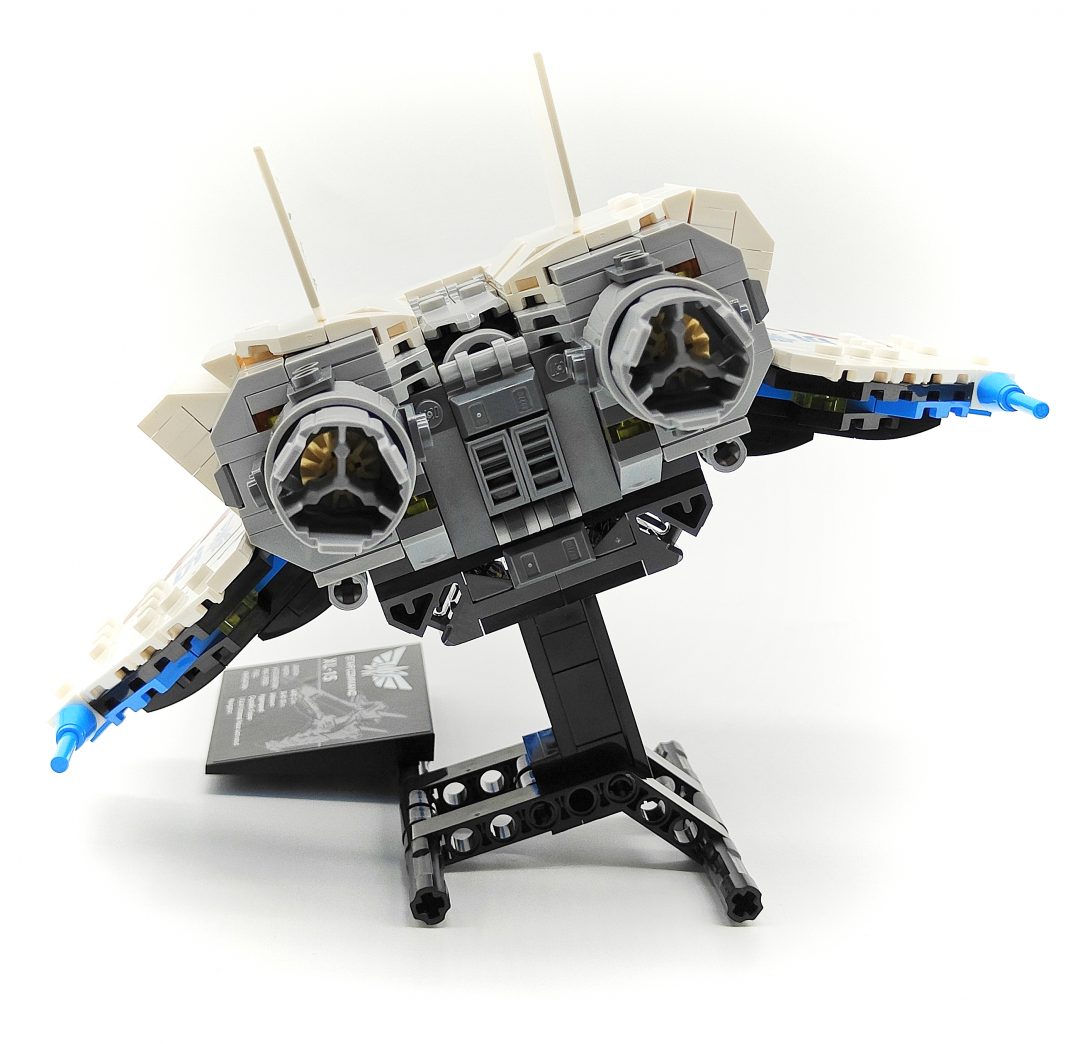 There’s only one more thing, well three to be precise, that could elevate this set even higher…

Included in the set are three new characters, straight from the soon to be released Lightyear movie.

Buzz Lightyear himself and two crew mates, Darby Steel and Mo Morrisons. They’re accompanied by a robotic Cat called Sox, which is probably the only slight let down of the set, and I mean slight. 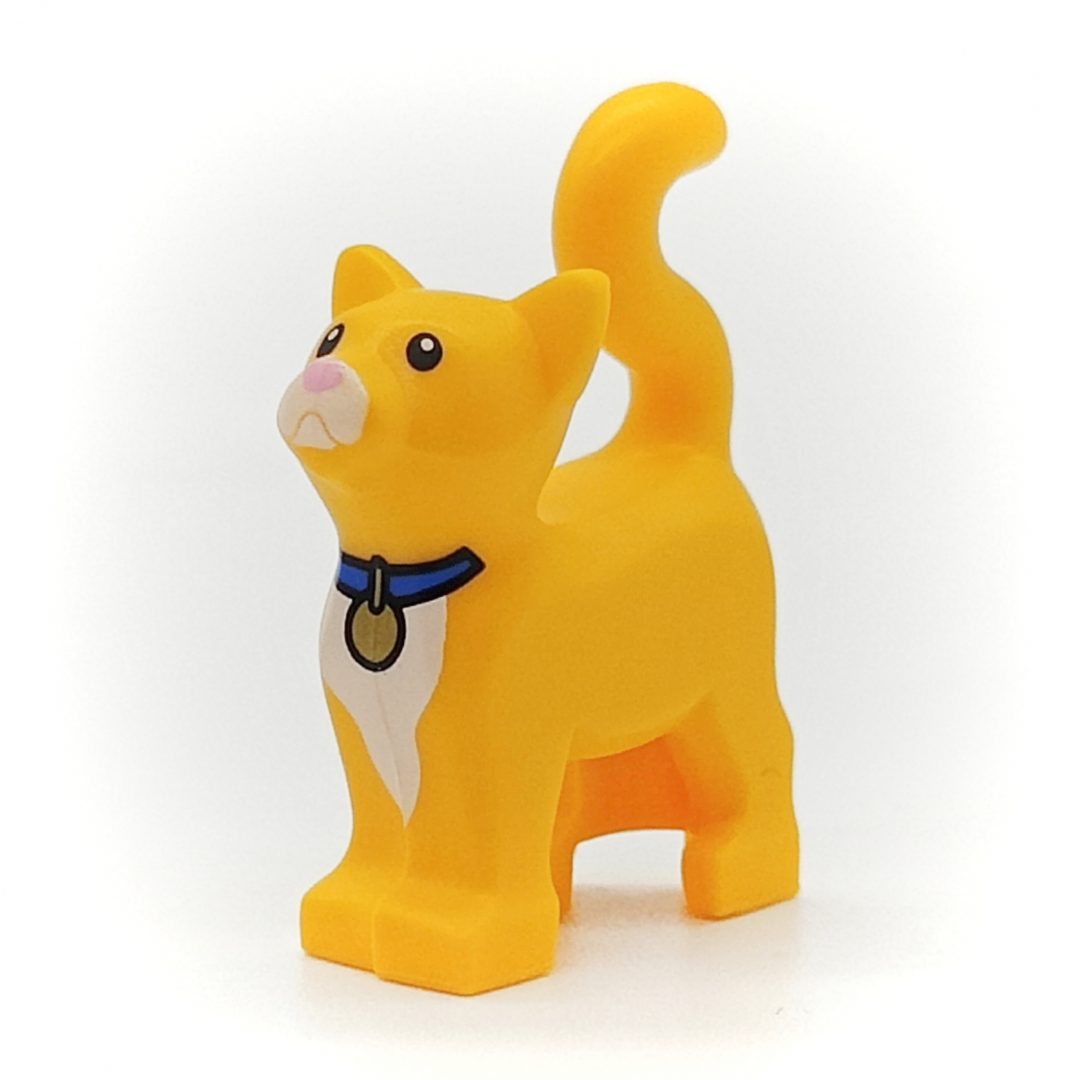 The robotic Cat, Sox, looks like any other LEGO style Cat, which is where my gripe is, LEGO should have produced a new mould or at least picked up on the fact its a robot. Like I said this is a very slight down point and one I nearly left out my review.

The two crew mate characters are very interesting and offer unique printing and moulds. The Helmets are the obvious one as they look so odd, amazing, but odd. The shape really does lend itself to the Space theme and make the characters look as though they mean business. Nothing carrying heavy artillery I would presume they’re the muscle behind Buzz. 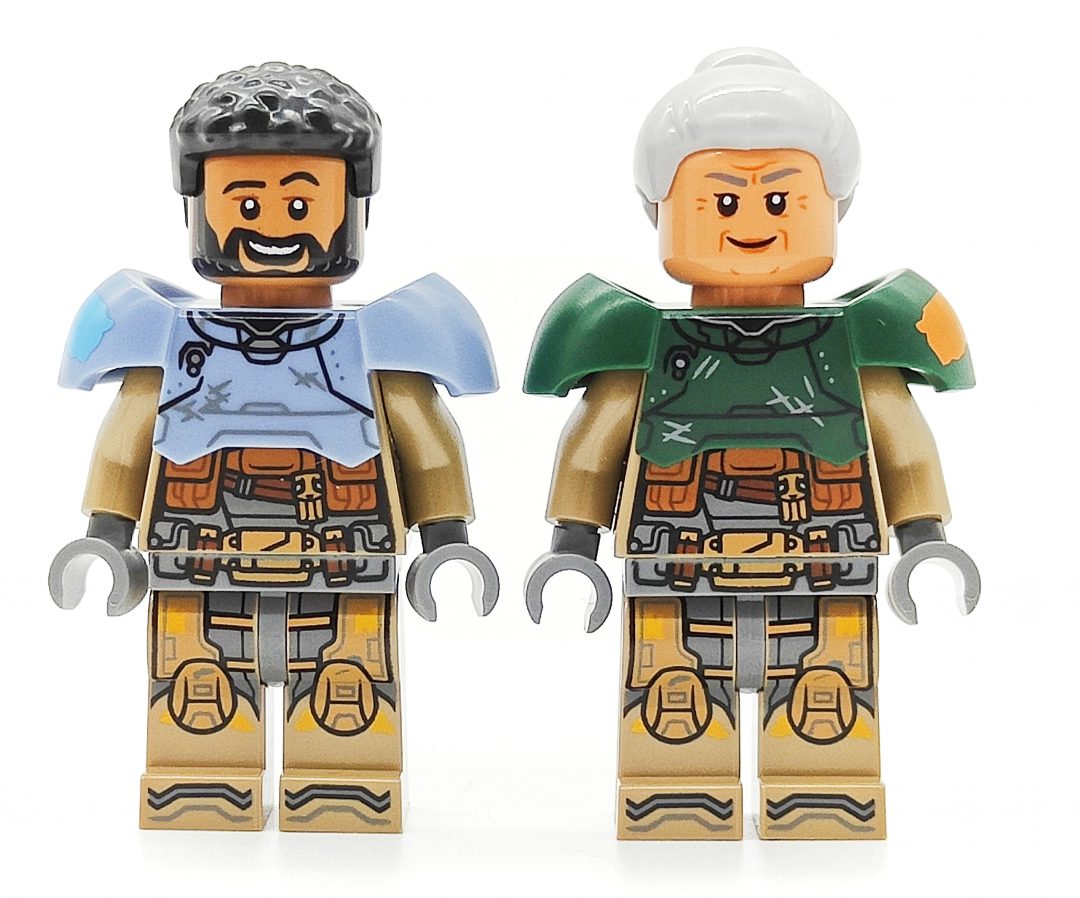 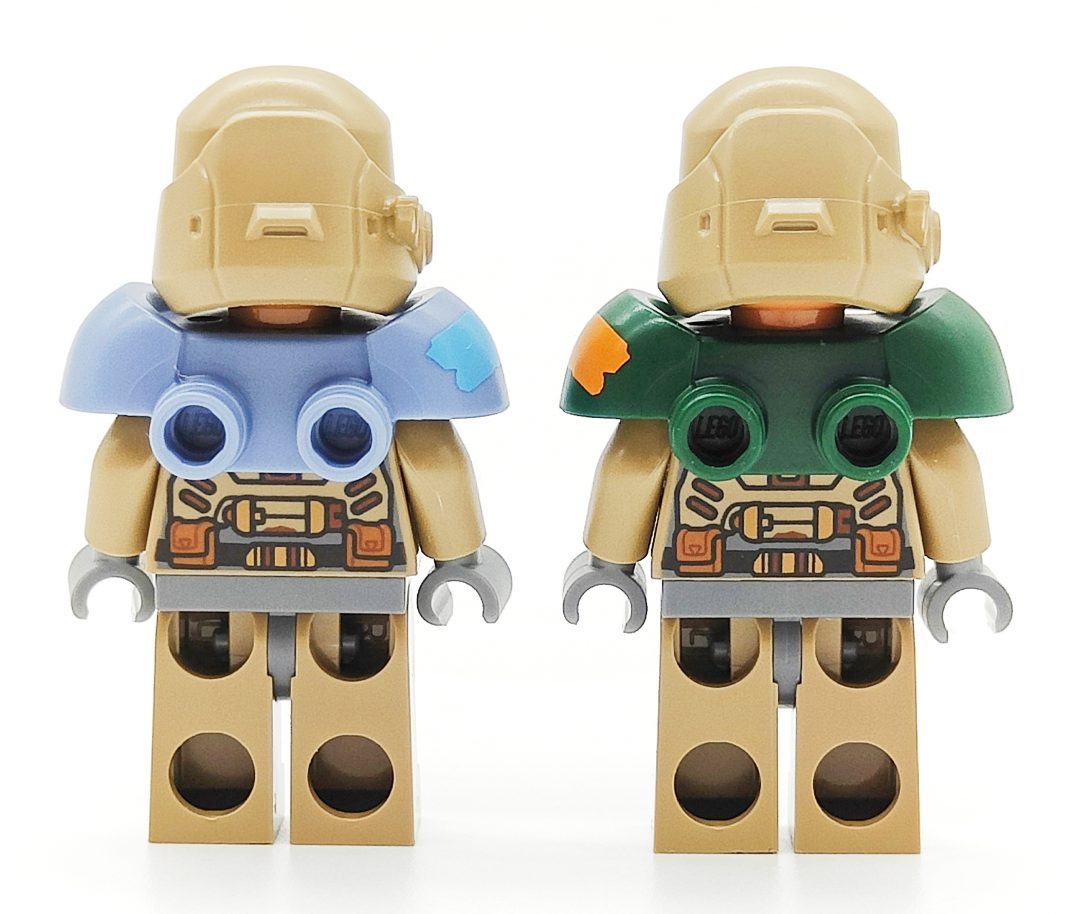 Both have the exact same design and printing as each other and I’m ok with this, it is superb!

I love LEGO Space stuff and this really gets me excited, not only as a set but the possibilities it presents. The torsos, Helmets, weapons etc can all be taken and used in MOCs, and I bet with great effect.

Buzz Lightyear may not look like he does in the Toy Story movies, as that is a toy and he is wearing his official gear, this representation of him is before that happened and before he got the shiny armour we know and love.

This makes for a very interesting Minifigure to have in the collection and one I’ll treasure for sure. The orange spacesuit that you often see in astronauts is what he is wearing and the details look stunning. 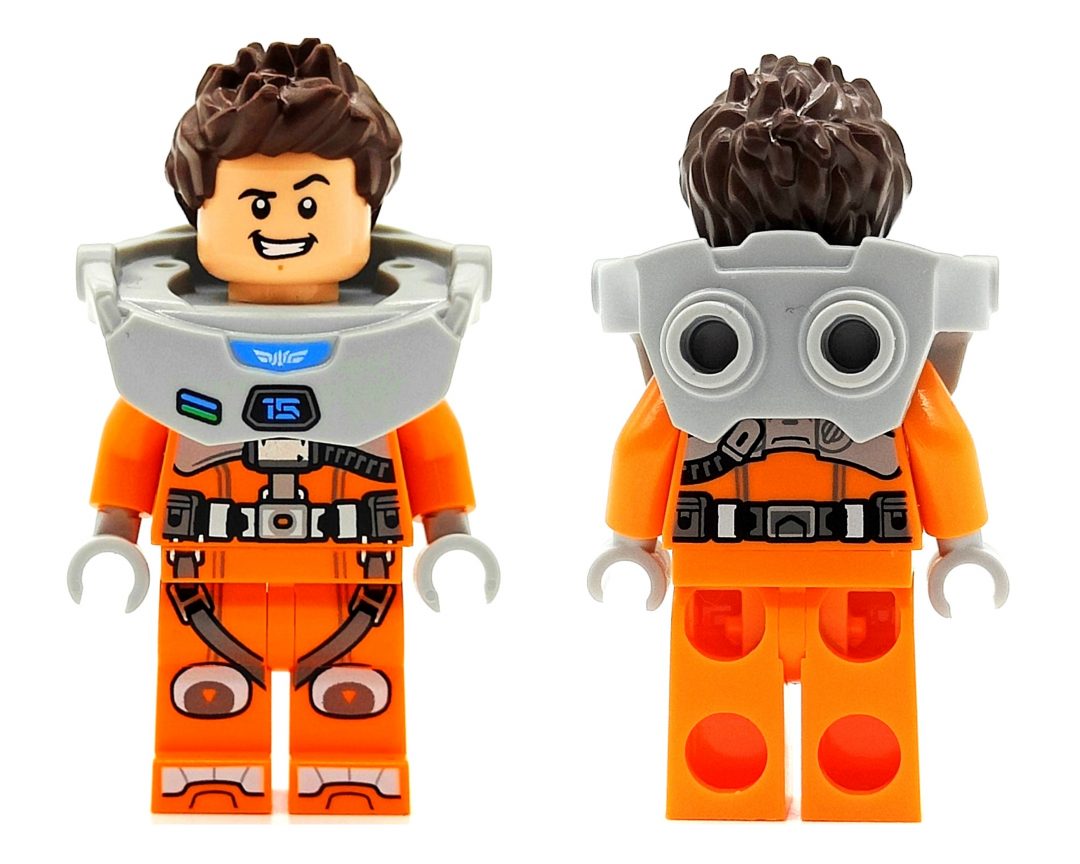 Starting with the head and face, the design is simple and the expression is spot on, it’s Buzz Lightyear!

I love how crisp the printing is on LEGO products, it’s one of the many reasons that keeps me coming back and collecting so many Minifigures.

Buzz is sporting an orange spacesuit that has many pipes, pouches, pockets, pads, and accessories dotted all over it, it looks great. The added shoulder pads, which is very reminiscent of the Buzz we know from the Toy Story movies, is present although a different colour and XL-15 branding on it.

The back of the legs are plain, but that is usually the case with LEGO, but the design does carry onto the front, which is great to see. Infact all three Minifigures have fantastic designs and printing, check them out below. 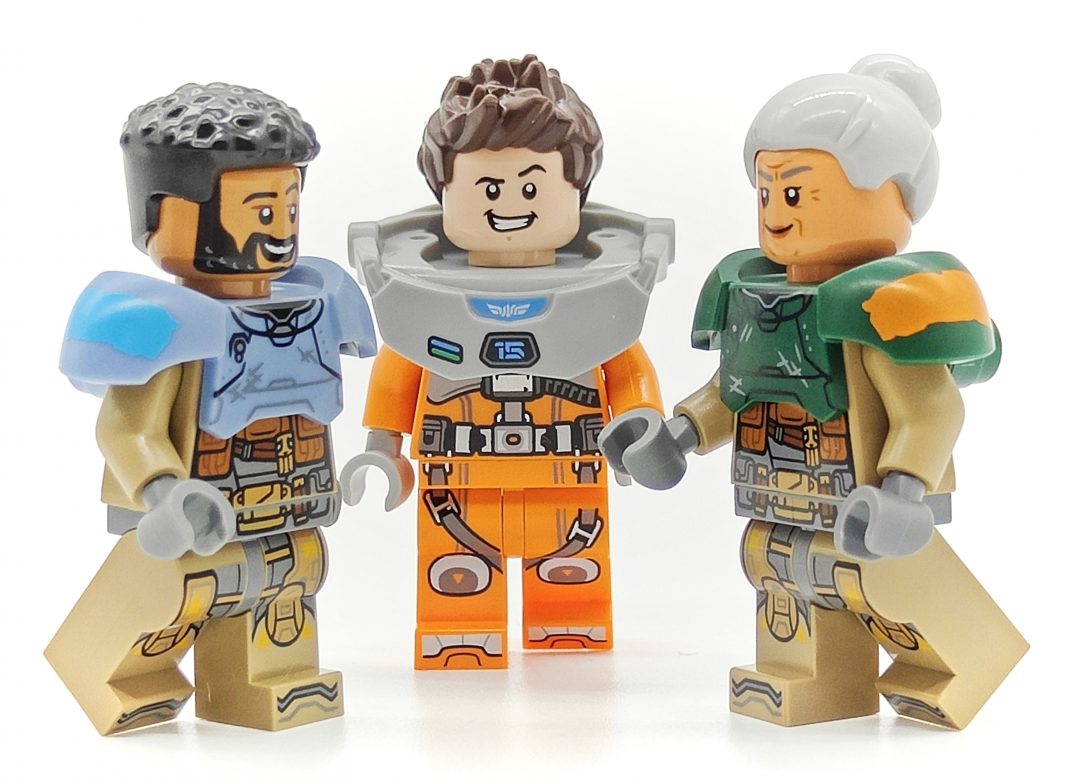 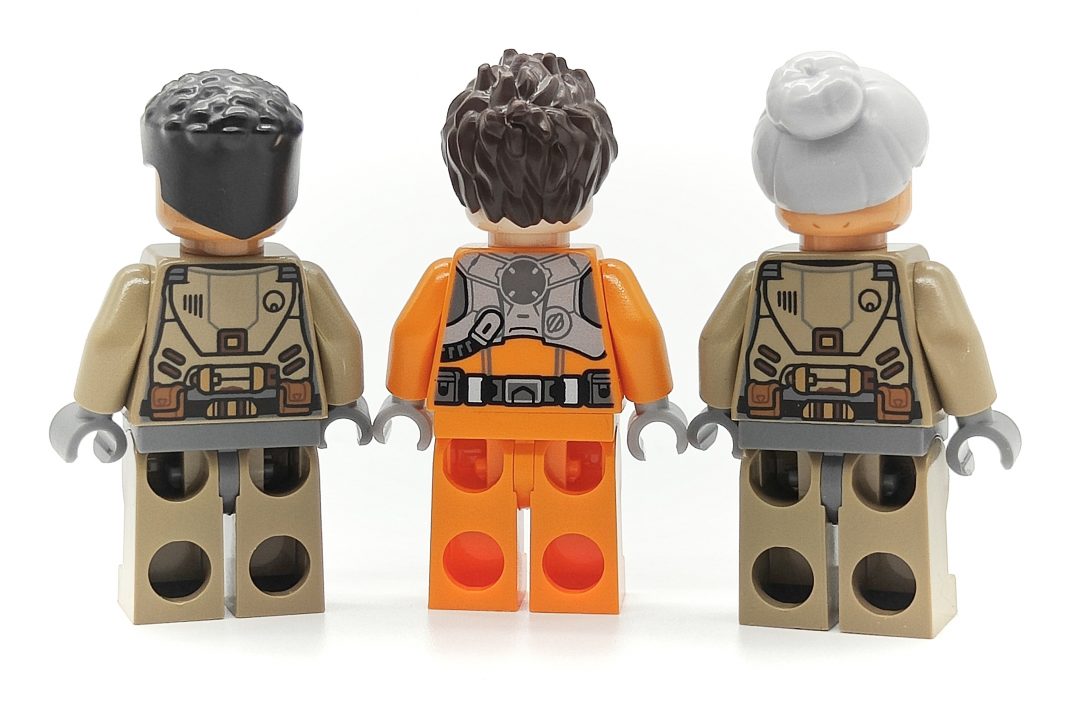 Overall the set is highly recommended and personally one I couldn’t wait to have in my collection.

Take the Disney-ness away and you’re left with an incredible looking Spaceship that harks back to the good old days of Classic Space.

Being a Disney didn’t deter me in anyway, in fact it did the opposite, I now can’t wait to see the Lightyear movie and will be watching it looking out for the ship and how it moves.

The build we very straight forward with no real tricky parts to mention. I built this on an Instagram live stream and managed to construct it fairly easily.

The Minifigures are great and ones that will sit in the collection for sure. The whole Space theme is one I love and I hope they do more.

Each design is done well, along with the printing, is superb. I love how detailed and crisp each Minifigure is, it makes spending the £44.99 ok in my book.

If you’re a fan of Space and LEGO Space then you’ll no doubt love this set, I am both and absolutely adore it, swooshing it around the room brings a massive smile to my face!

Thank you for taking the time to read this review, I hope you enjoyed it. Please do let us know via the comments section what you thought of it, the set, the Minifigures or if you have a question. 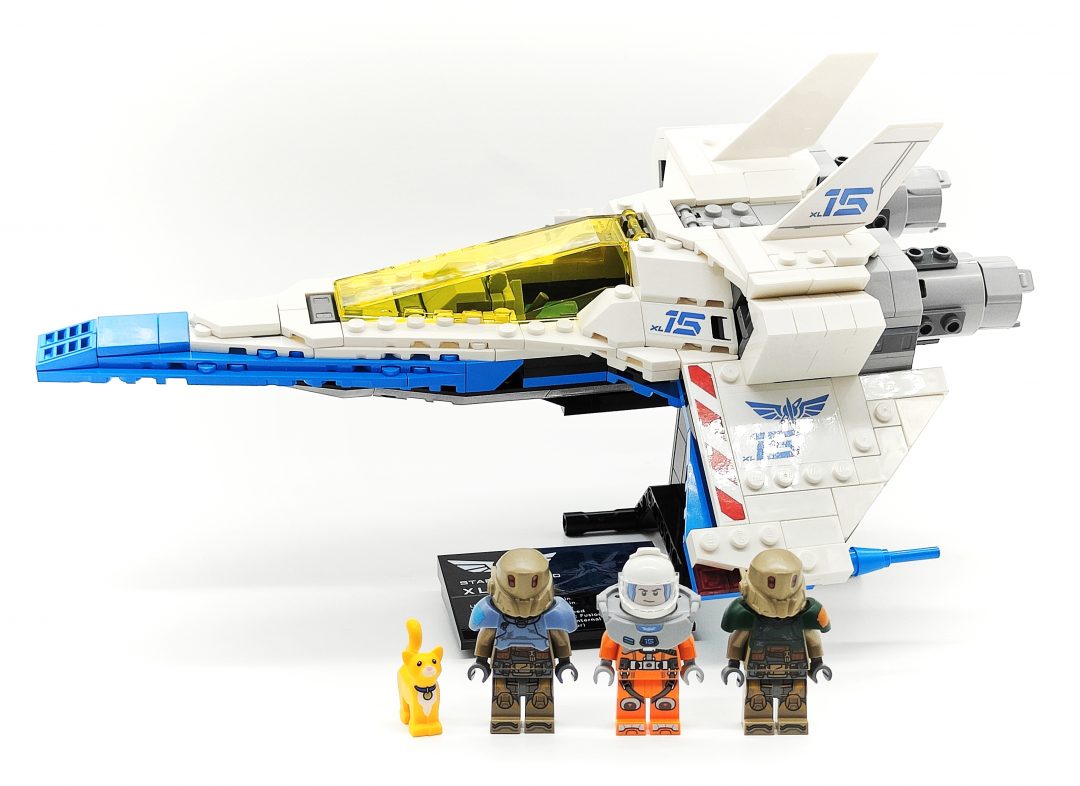 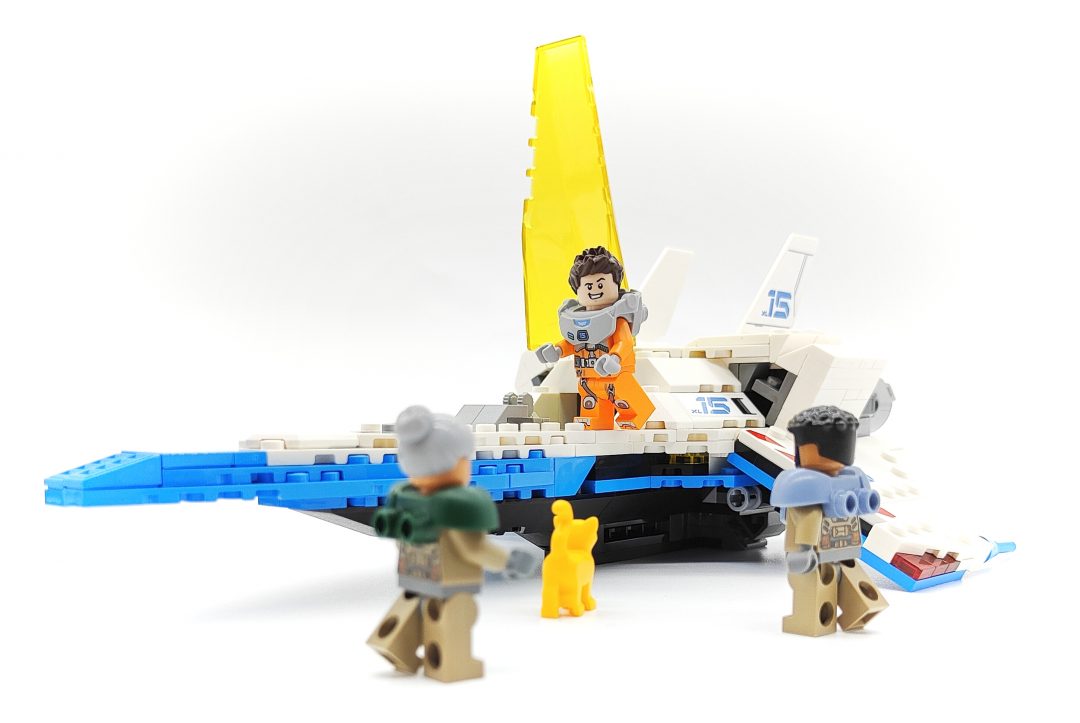 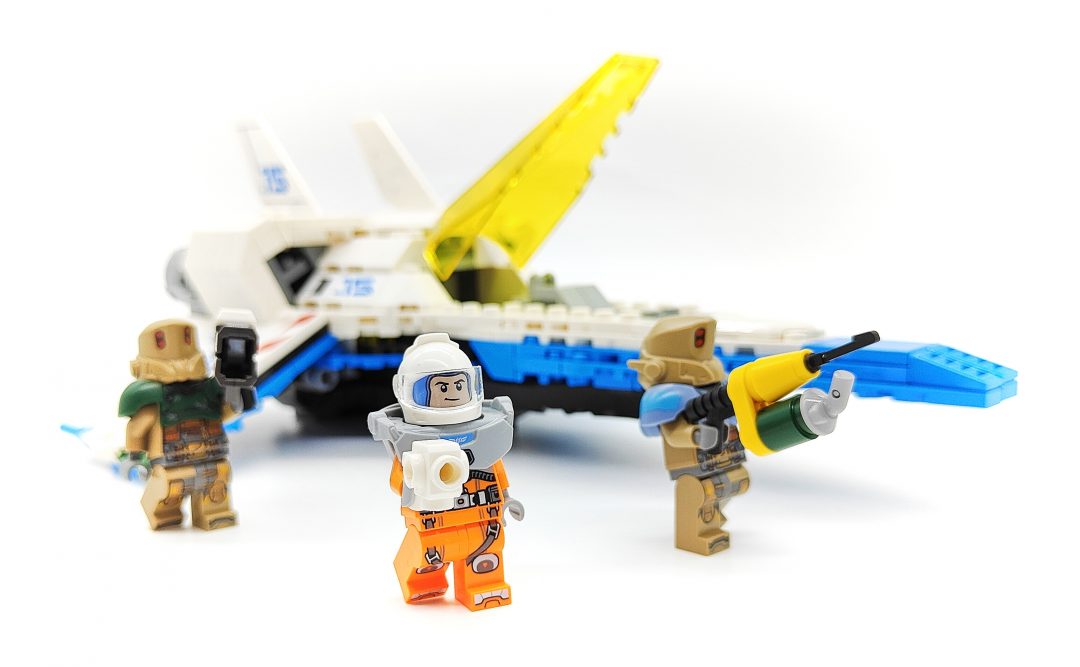 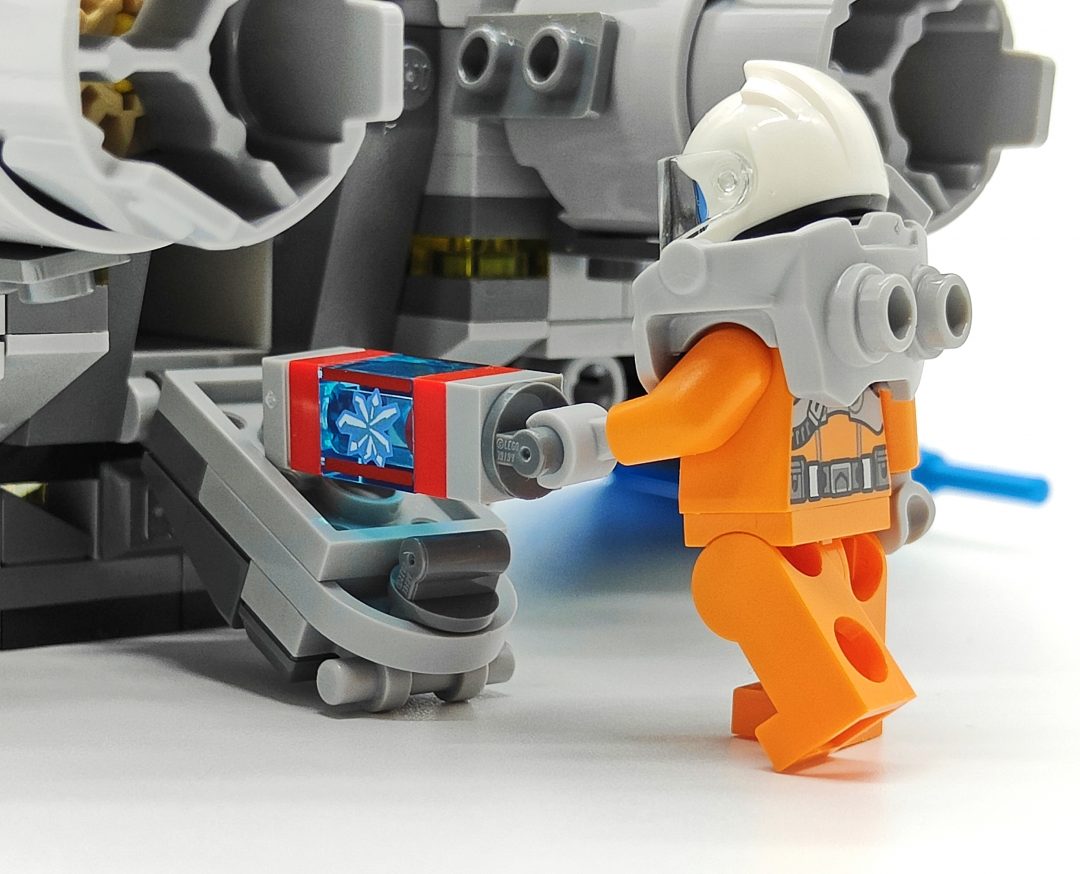 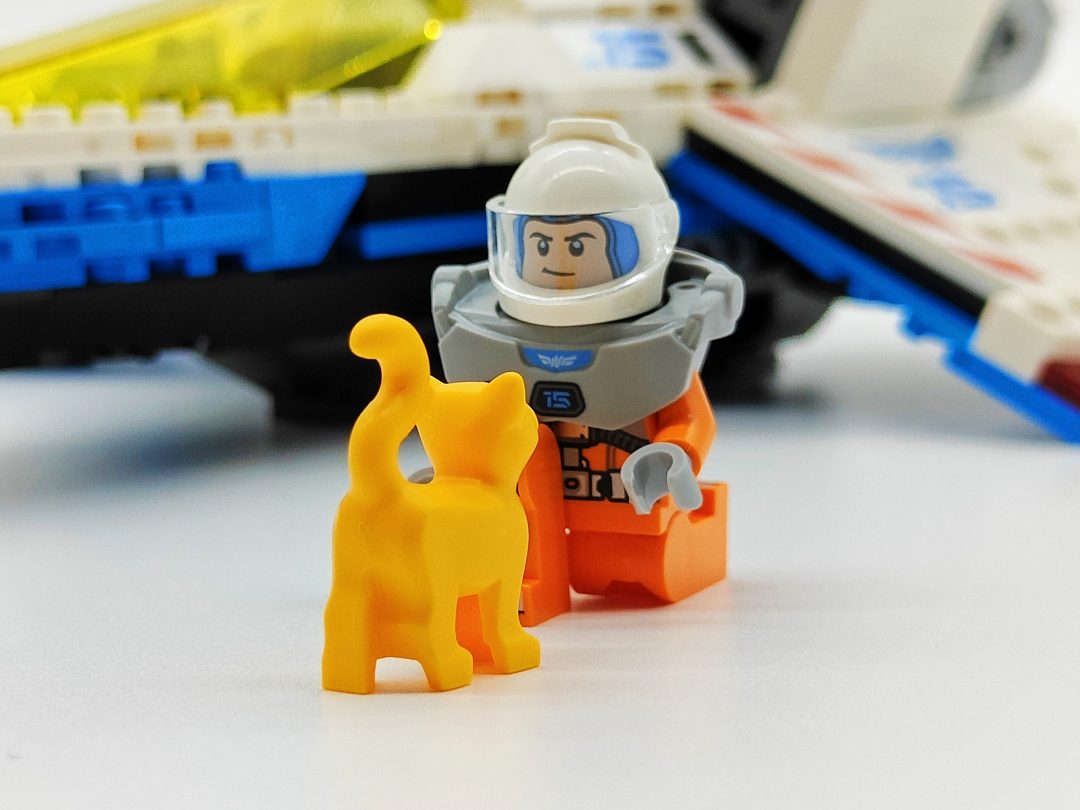 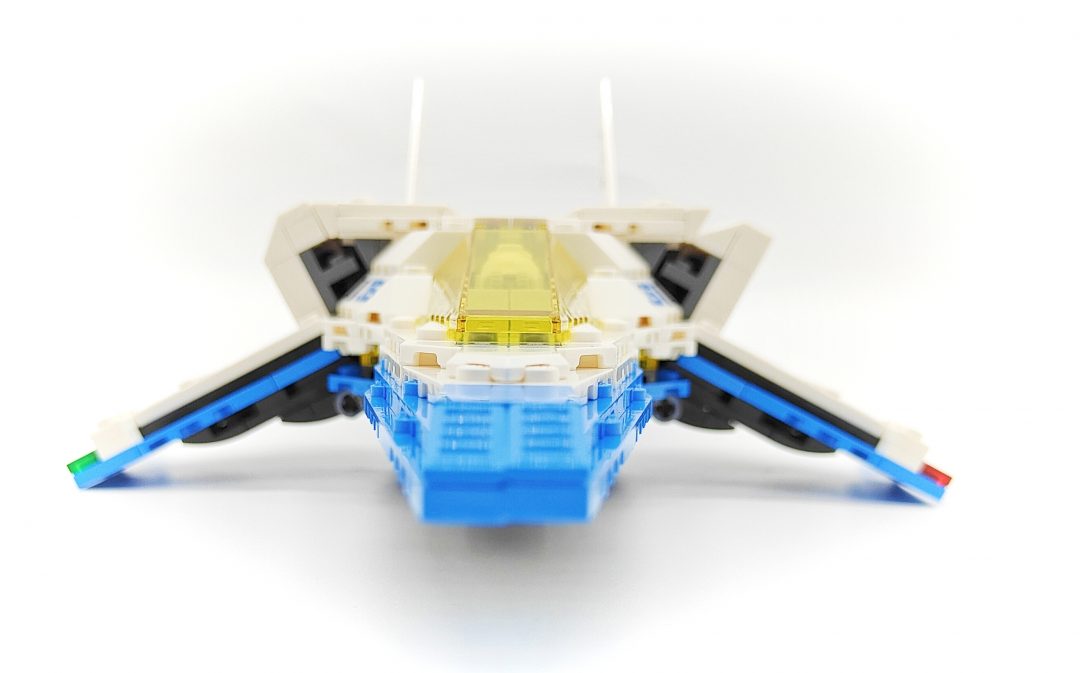 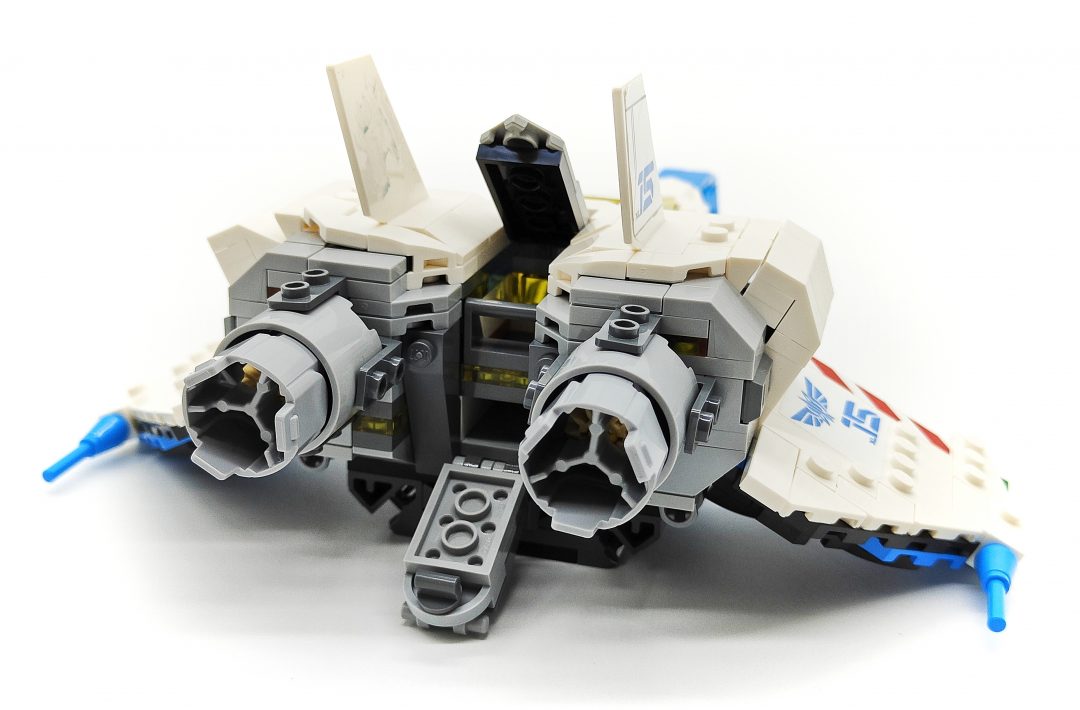 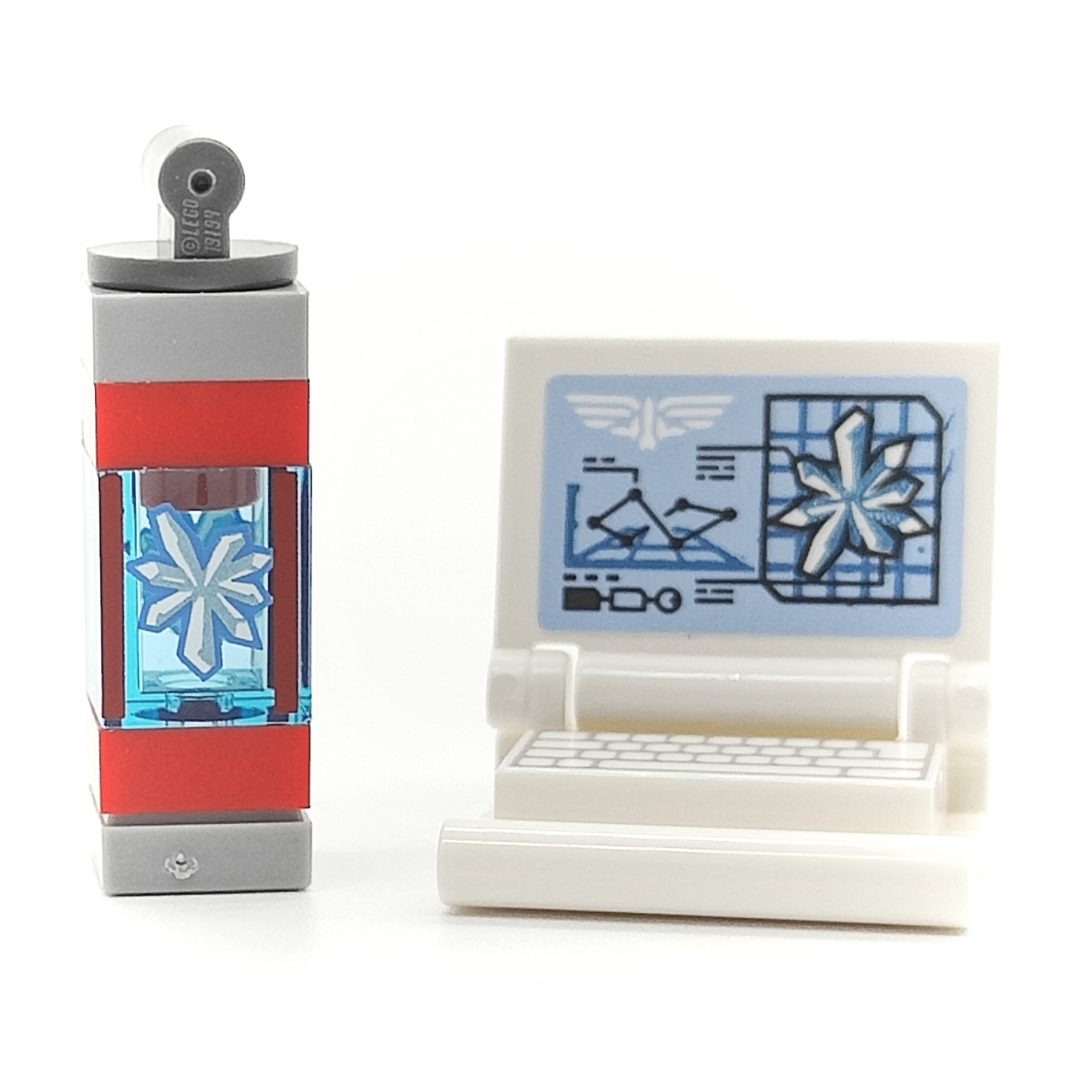 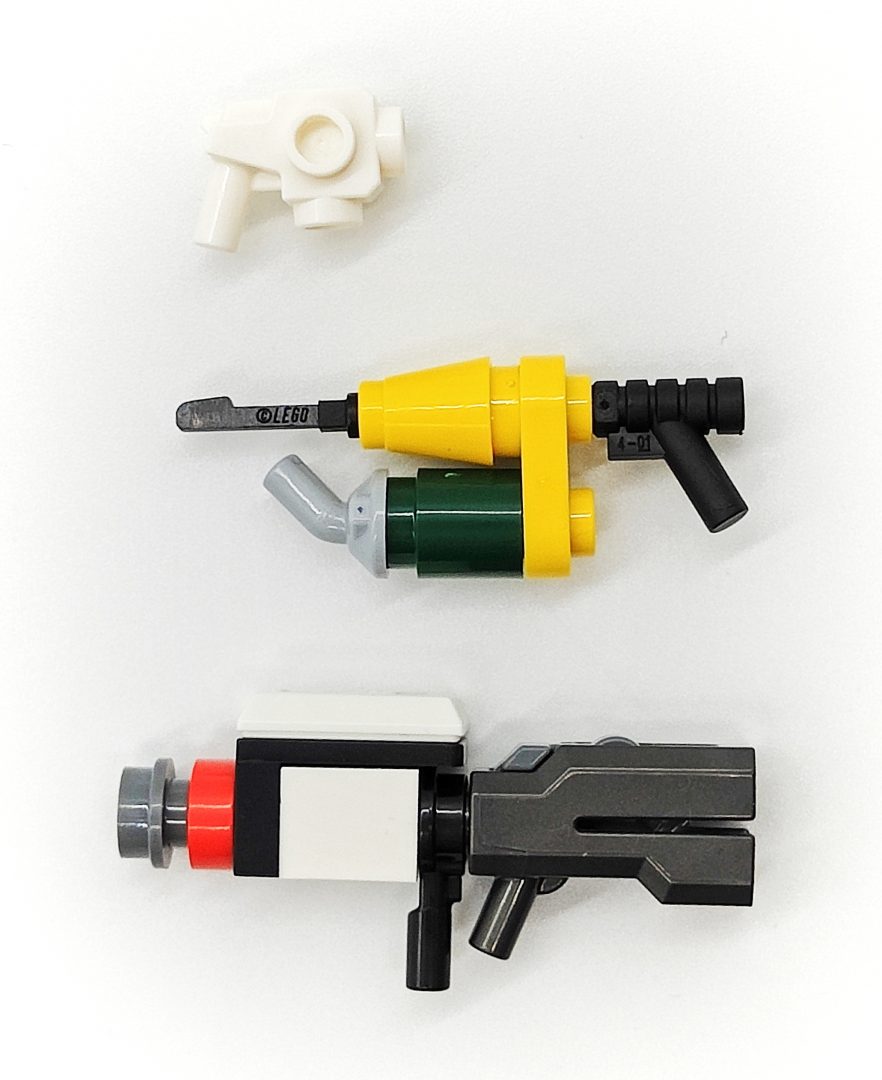 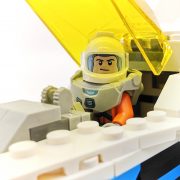 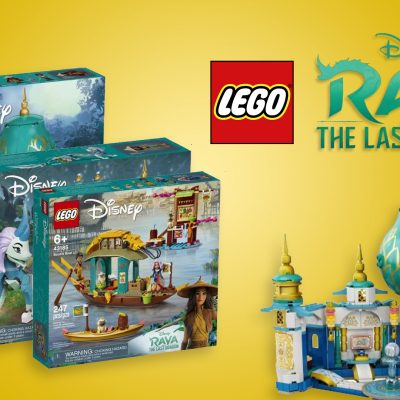 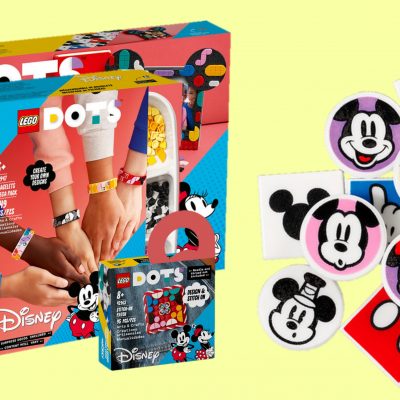