I’ll start off by saying that every issue, so far, of the LEGO Explorer magazine has been great and the inclusion of. LEGO Polybag makes it even more so!

This issue’s topic is Polar Expedition and focuses on creatures from the colder climates of the World, such as Seals, Polar Bears, and of course Penguins – In fact the polybag (11946) included is a Penguin! 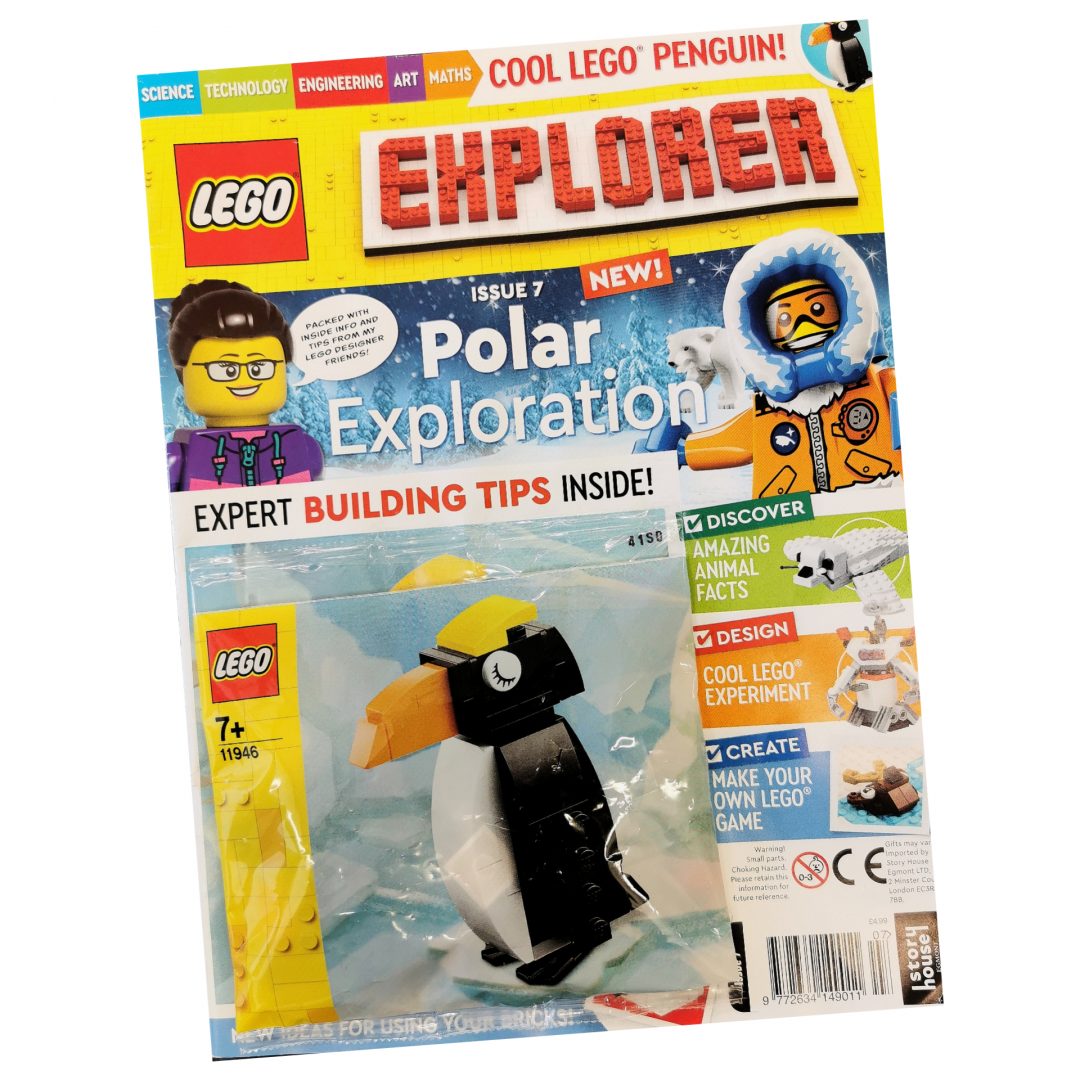 The LEGO Explorer issues are all about, well, exploring, and also learning new things about our amazing World.

The subject covered within is Polar Expedition and with it the creatures that live and survive there. Penguins take a lot of the focus and we learn a lot about there home, what they look like and why, and how they get around. It’s a very informative read and gives you, and more importantly your smaller LEGO fan, an idea of how life survives. 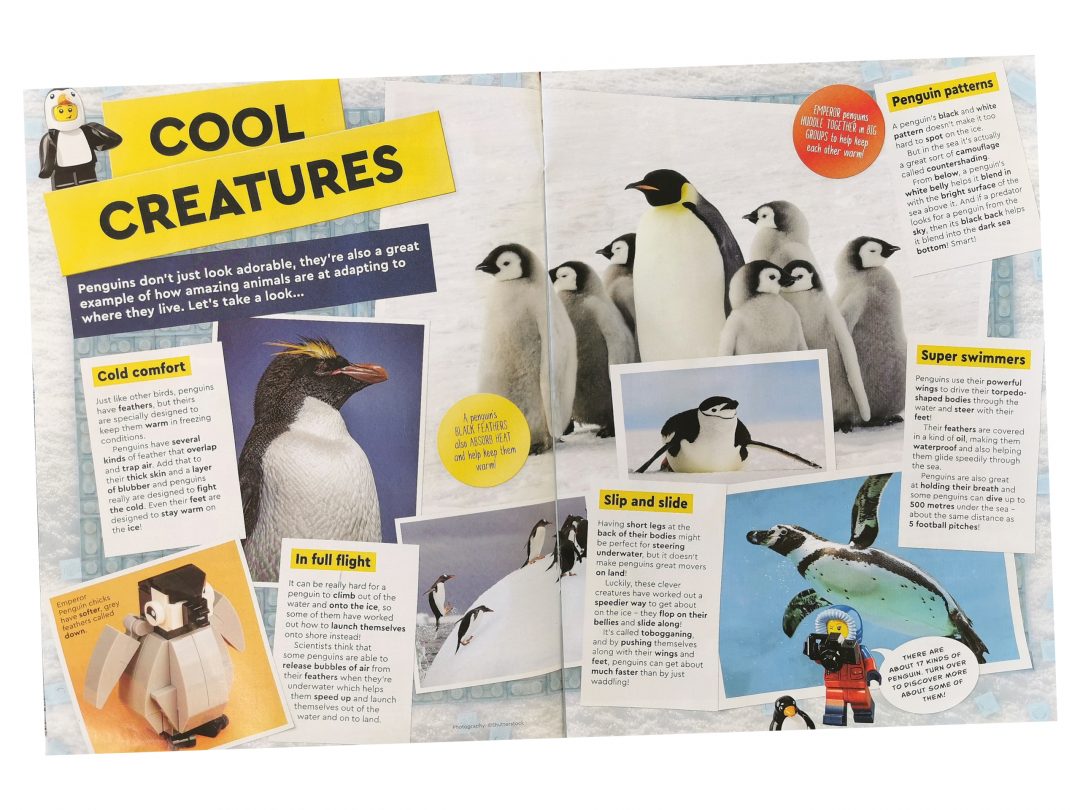 Taking a quick look at the contents you’ll see that there are five sections; Science, Technology, Engineering, Art, and Maths. 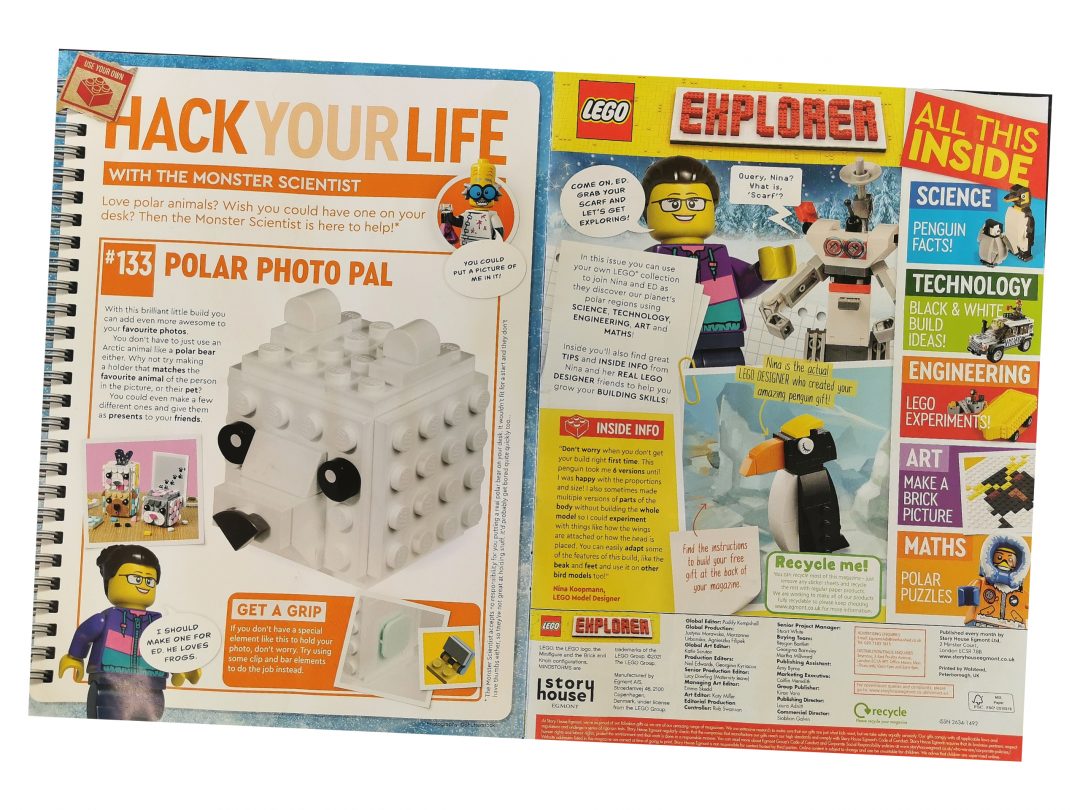 Within each section the magazine tries to breakdown the core topic into these five areas. Let’s take Art for example, you have an activity or two which requires you do draw or connect the dots. In this instance there is a rather nifty ‘Doodle & Design’ double page spread, here you’ll need to design and sketch a patch for your next snowy expedition! 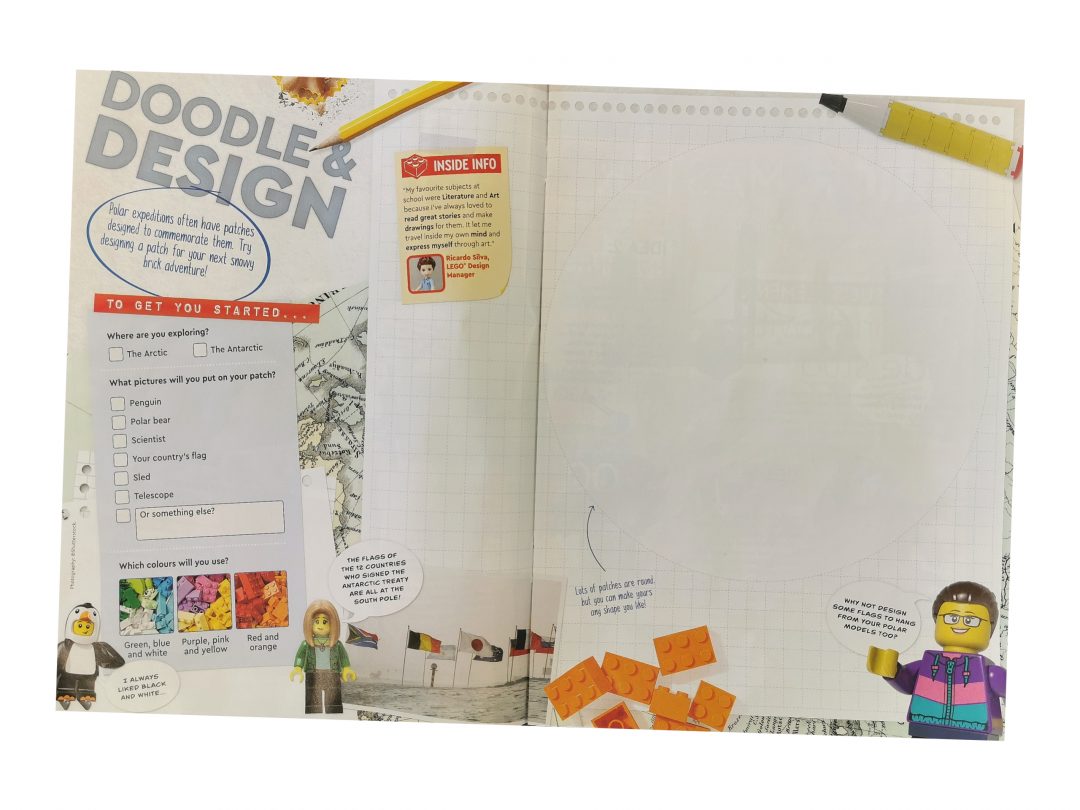 I’ve noticed the increase in puzzles to this line of LEGO magazine, as before it focused more on education with facts and information. This issue has four activities & puzzles to keep you and your young LEGO fans occupied for a good while.

The maze must be a favourite with every child and there is one here called ‘Polar Pathfinder’, it requires you to answer a handful of questions whilst plotting a course for the rescue plane to get  through and help the Lost explorers! 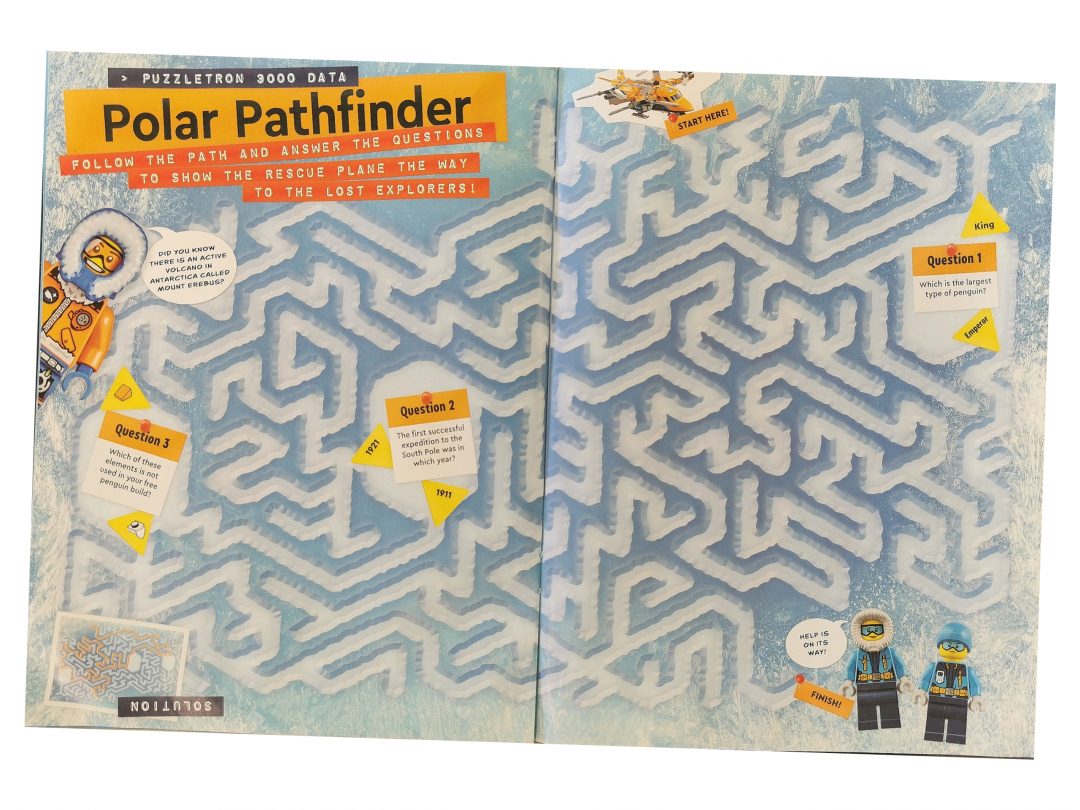 Another fun inclusion is the ‘Polar Planet’ quiz, it really gets the cogs turning inside your head and there are a couple of head scratchers chucked in too.

Some of the question include:

We’d love to hear how many you got correct, let us know in the comments below. 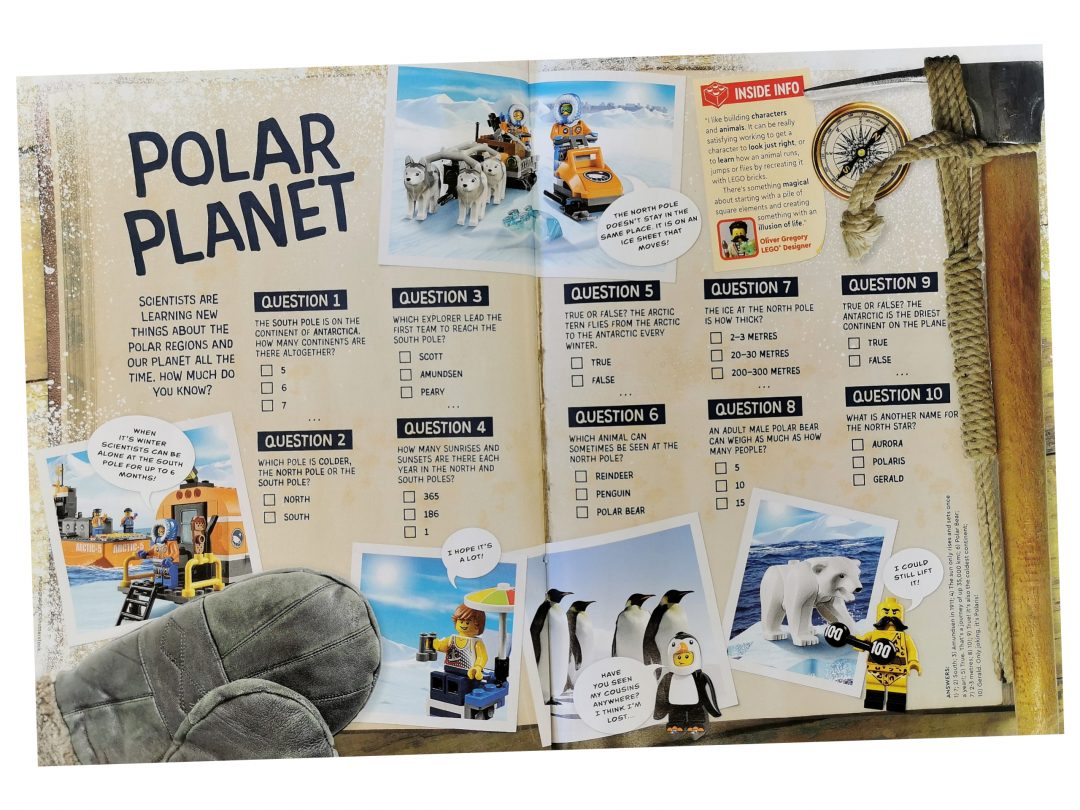 If you like a good quiz you’ll be happy as there is another one later in the issue, this time focusing on ‘Trees & Plants’. It takes a quick break from the Polar theme and takes us into normal everyday nature, and asks questions like:

Again let us know your results and share them with the friendly LEGO community. 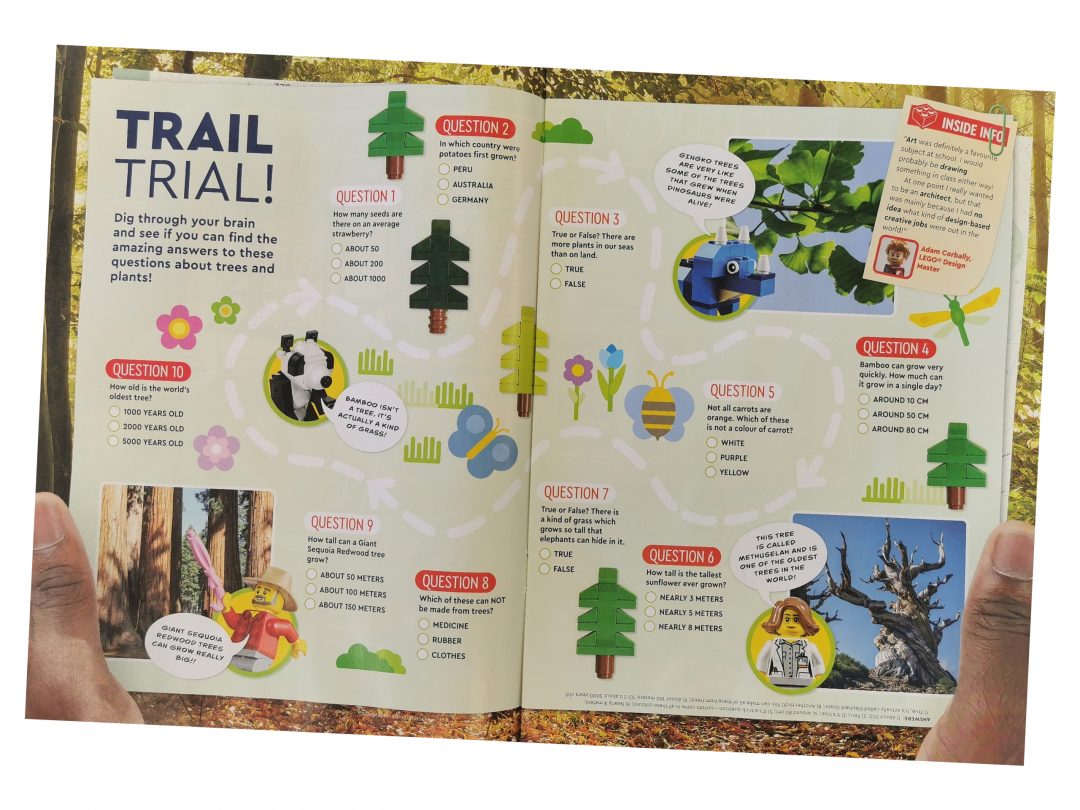 Another quiz, aren’t we lucky!

In place of where you’d normal find a double-sided poster there is instead a spread on ‘Polar Animals’. With information on Polar Bears, Seals, Wolves, Owls and more, great for young minds to get stuck into and learn something new.

It also features a very cool LEGO City set or two, in the form of an explorer boat, vehicle, and HQ building. I particularly like the sledge and huskies stopping to watch the Polar Bear fish! 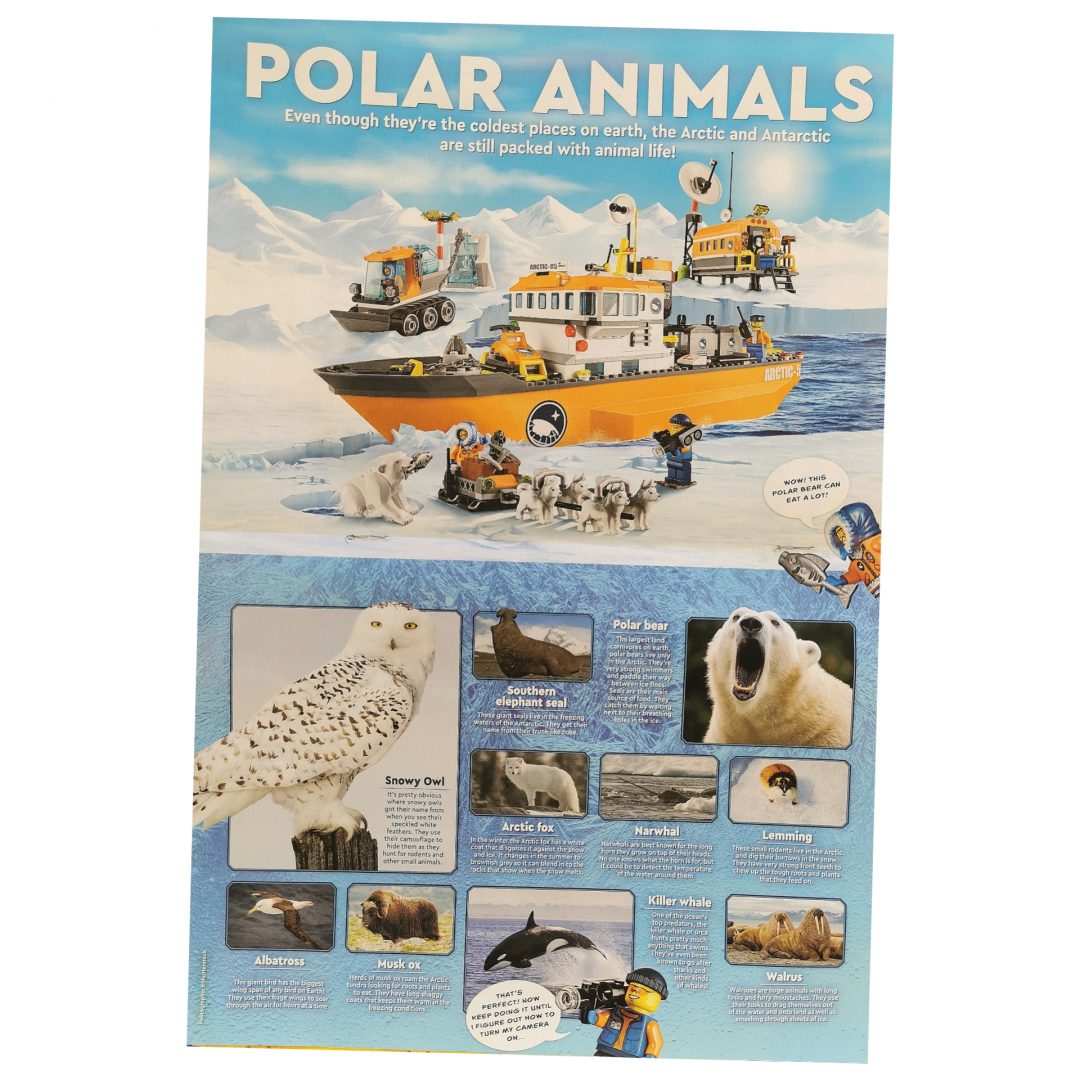 As always there are sections where you can build and get inspiration from. You can also share your child’s creation in the LEGO Life App and have a chance of it appearing in a future LEGO Explorer Issue. 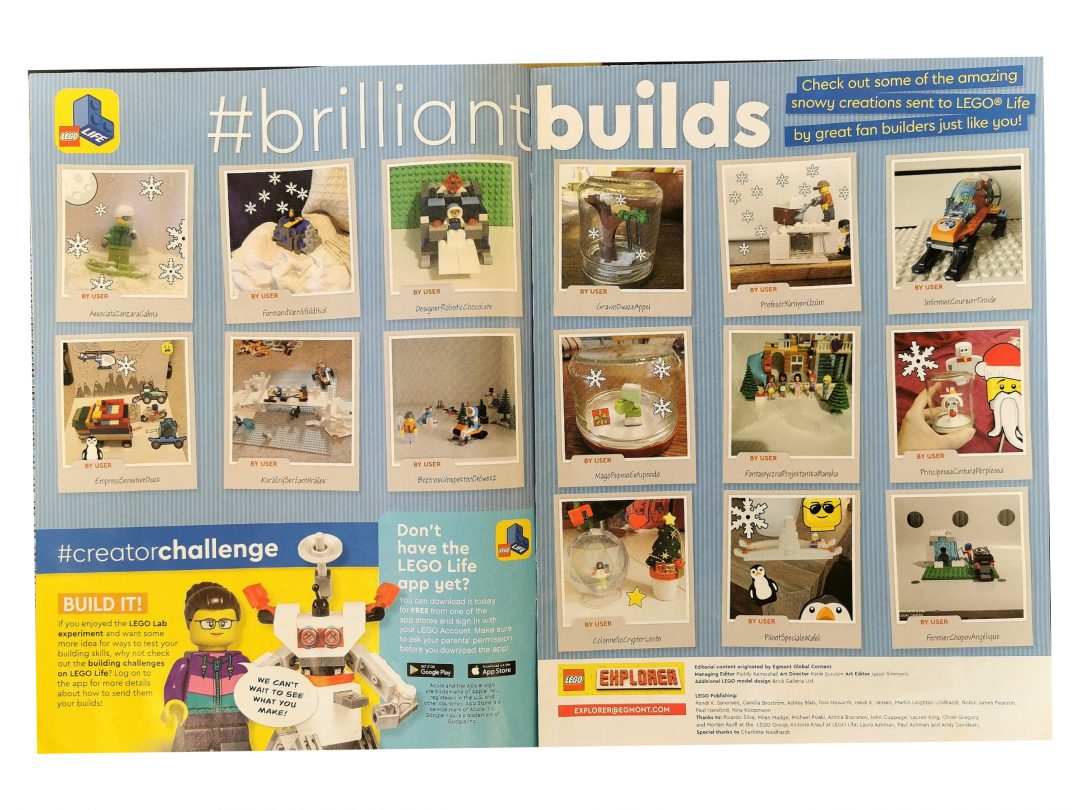 Show off your brilliant build! 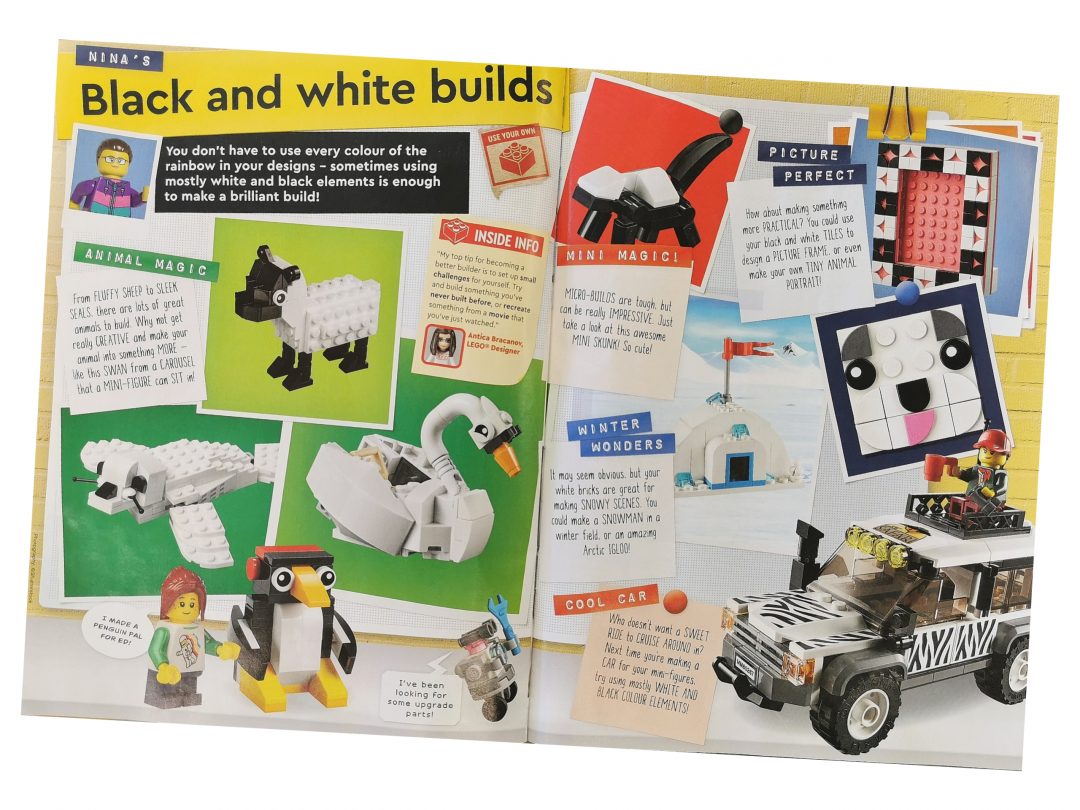 Get creative with black & white bricks

Overall another awesome addition of the LEGO Explorer magazine. Its filled with all the information a young mind needs, focusing on ‘Polar Expedition’ it covers a lot of topics from animals to the habitat in which they live. 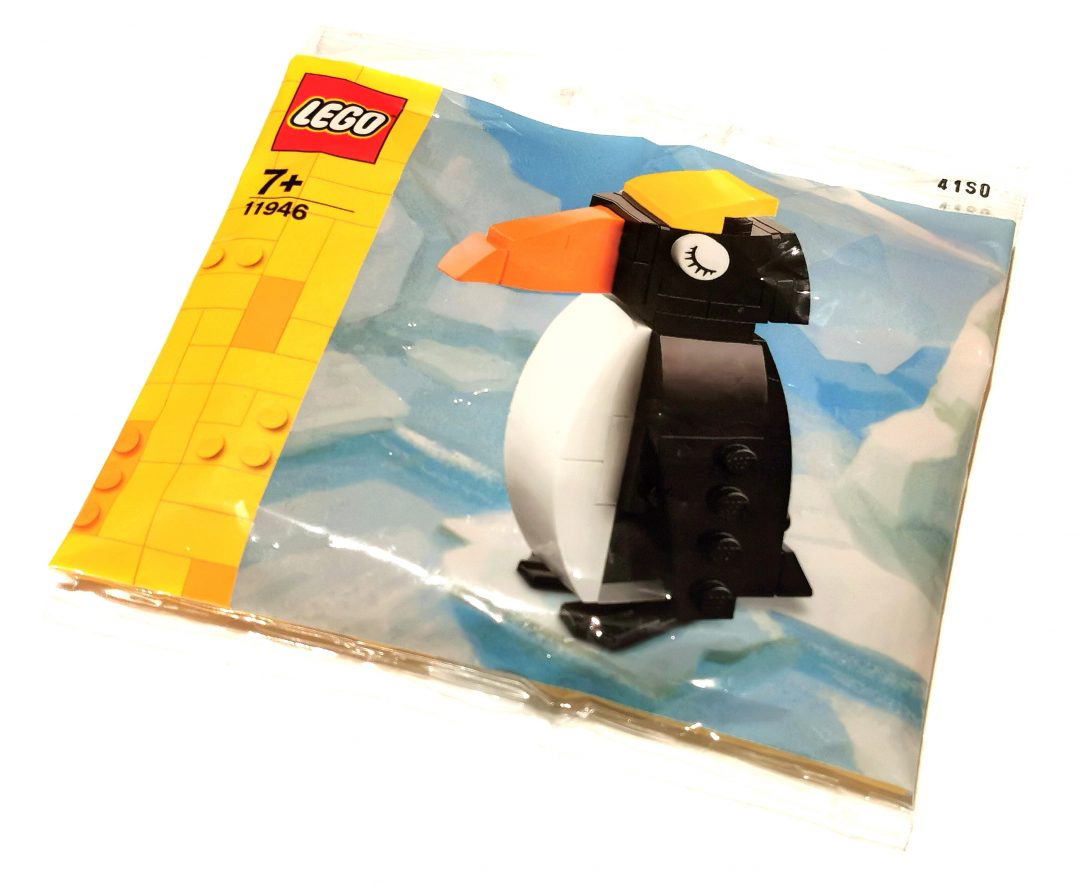 As animal builds go this one isn’t that bad, it’s straightforward and easy enough for younger fans to put together. Sadly there isn’t any articulation in the wings but we’ll let that ‘slide’ (excuse the pun) as it isn’t advertised as such. There is a section within the Magazine itself that gives you tips on how to create movement in your models though. 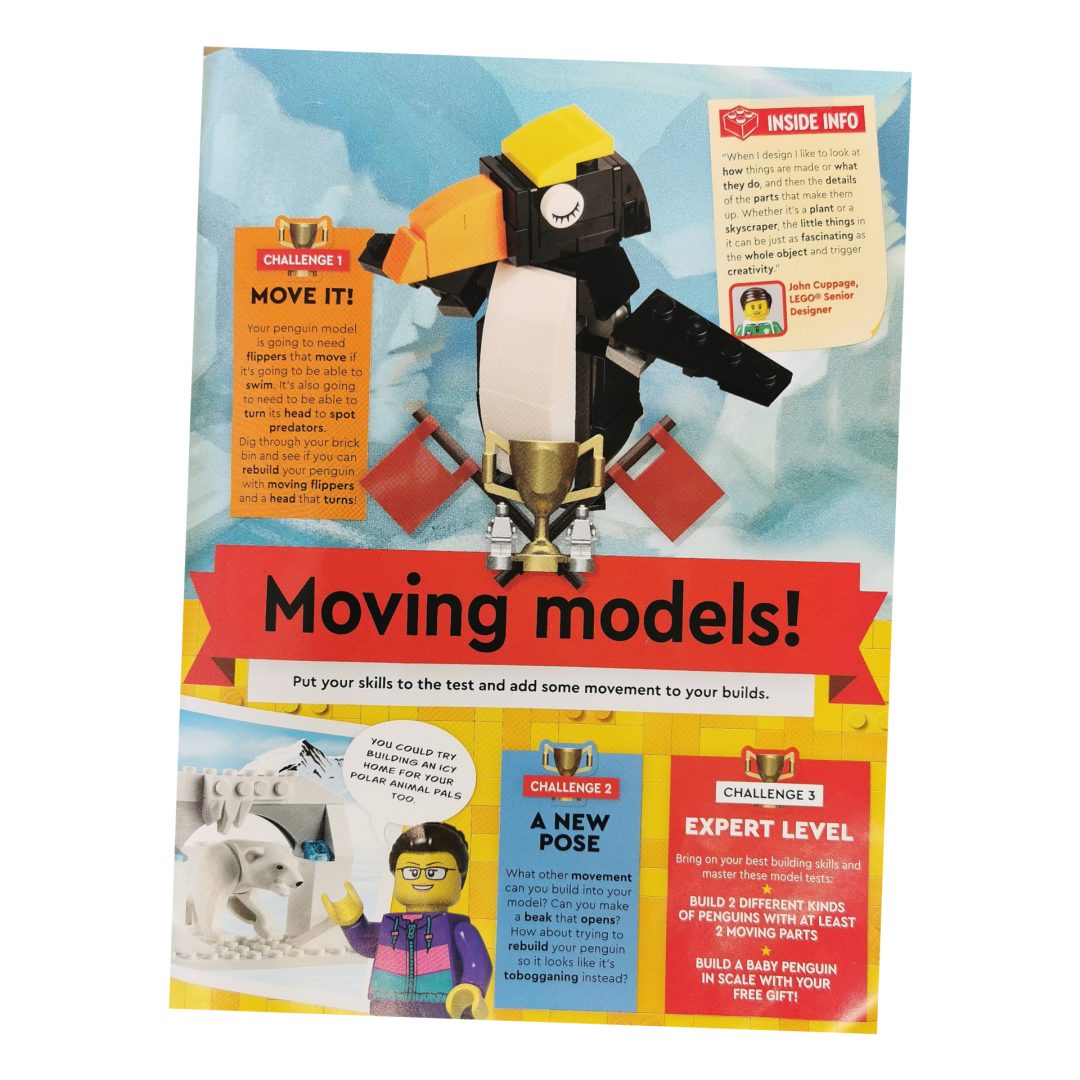 The build itself uses a handful of SNOT (studs not on top) elements to attach the flippers, back, and front to the main body. If you pop the head on first it resembles a PEZ dispenser! 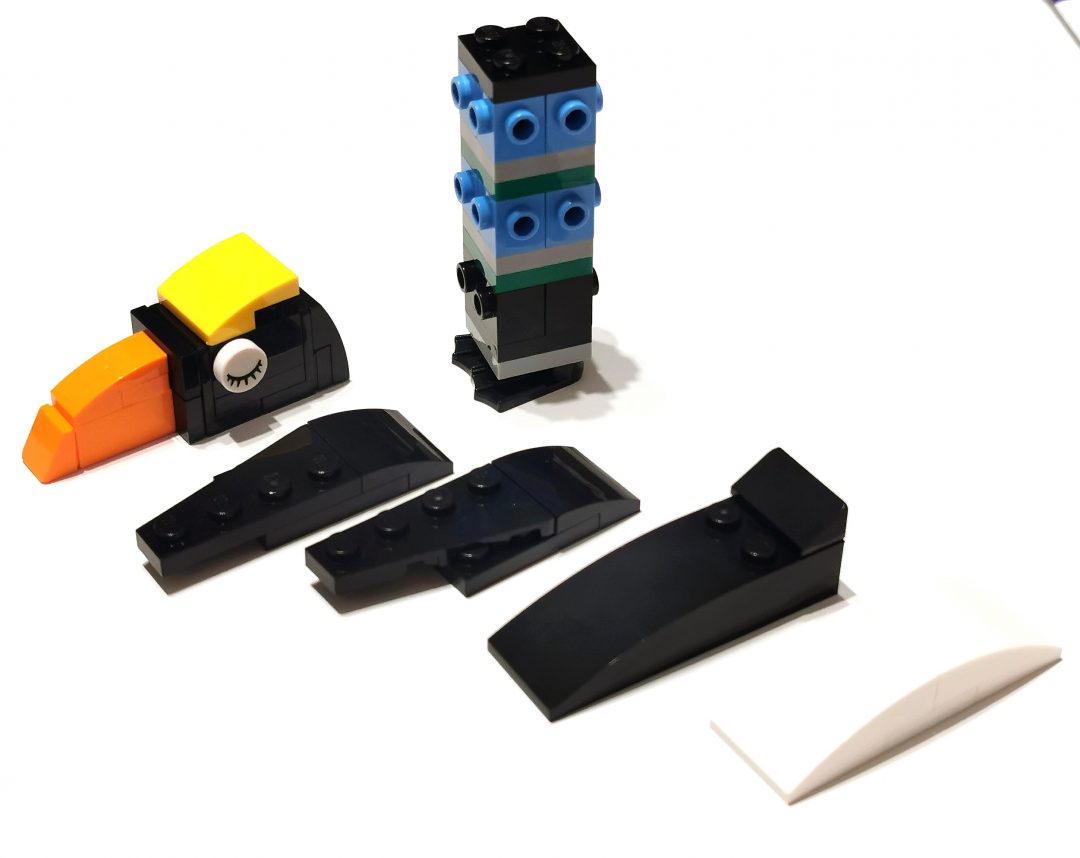 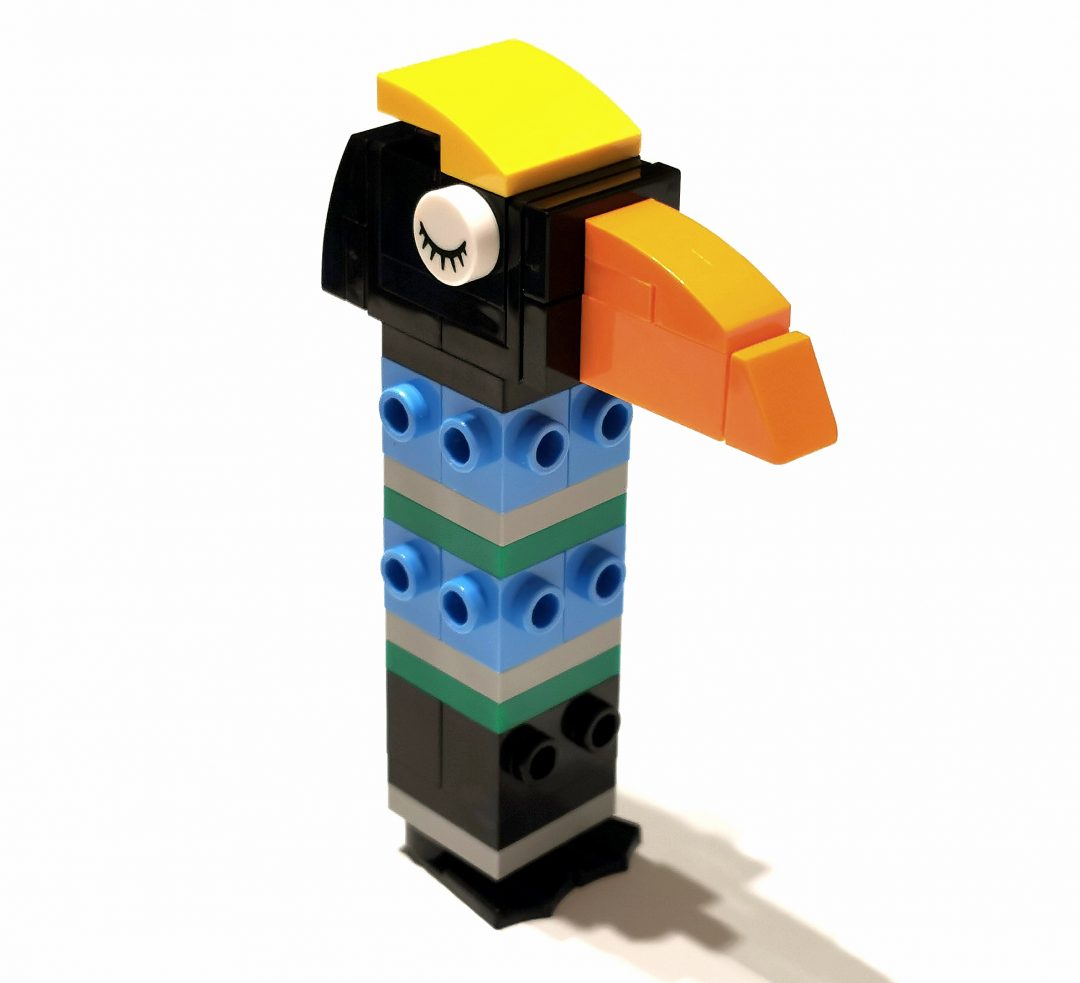 Something you don’t really notice are the flipper feet, neatly tucked away under the body.

There’s not much else I can say about this Polybag as it lacks in detail and playability, sure you can grab it and waddle along just like a Penguin bitnthat is about it. I must admit and say that this has to be the weakest Polybag yet compared to the previous ones. 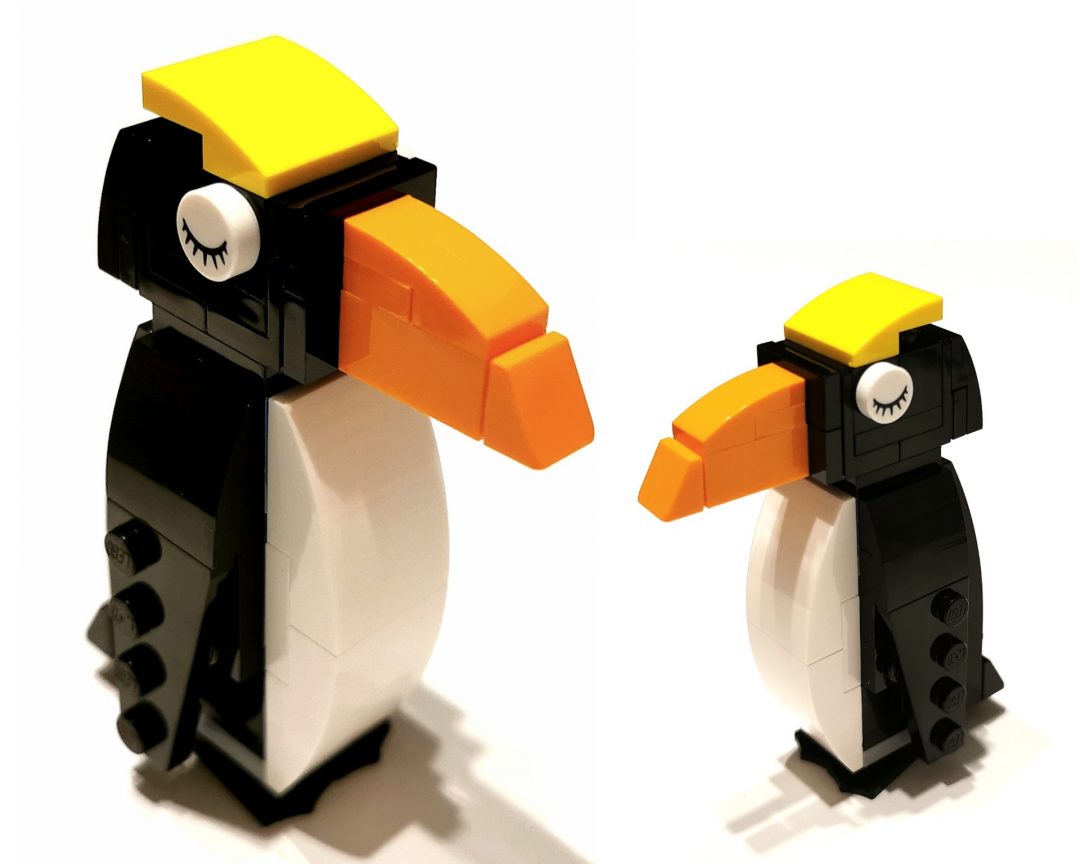 Pick up a Penguin!

Issue 8 is going to be exciting, for me and a lot of LEGO Train fans, as it’s a miniature-scale green train. There have been several older trains in this exact style and I personally cannot wait to add to my small but growing collection of mini-trains!

For a sneaky peek look below. 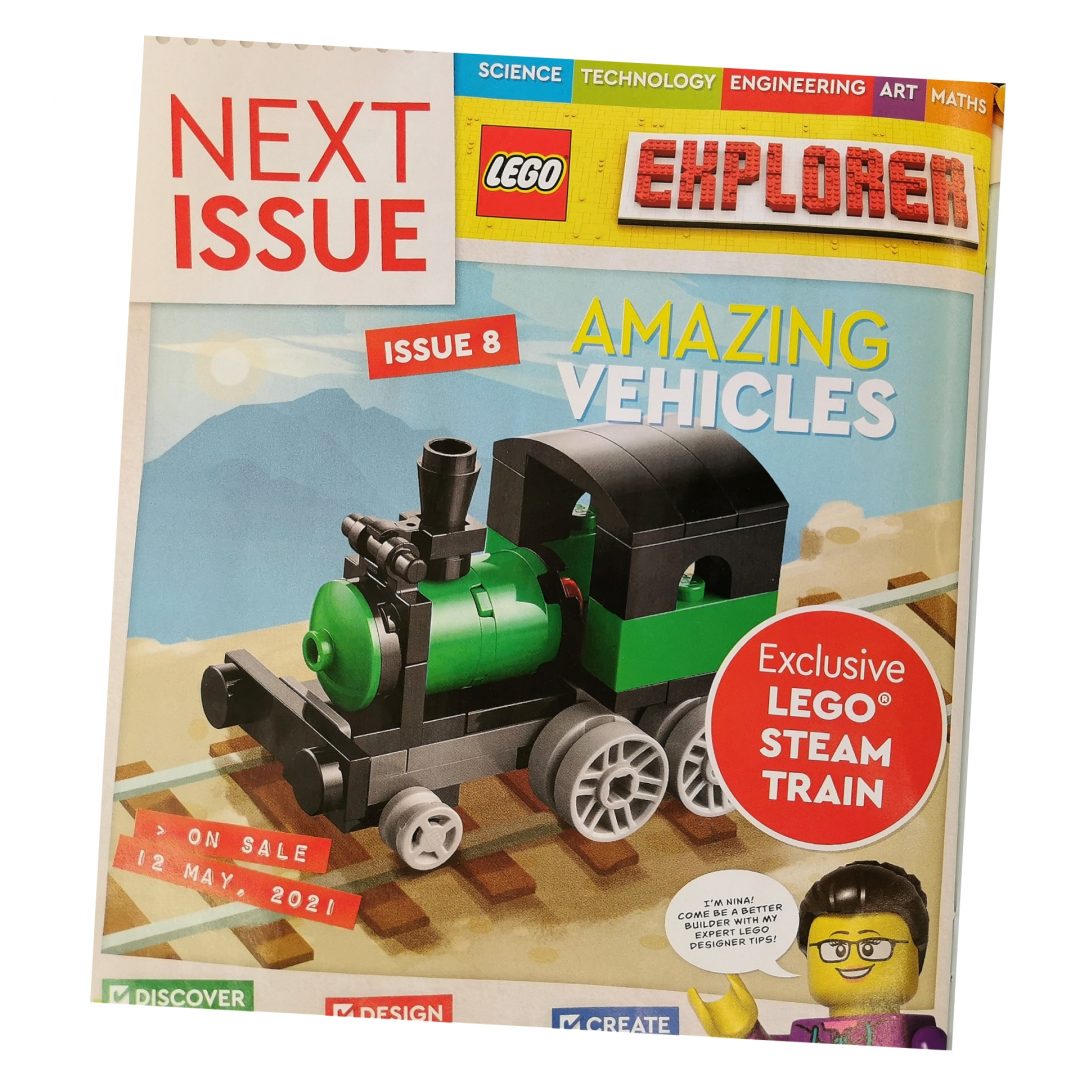 Please let us know, in the comments below, what you made of the review and the Magazine & Polybag, we love hearing from you. 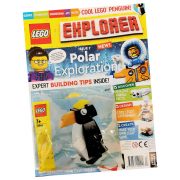 Overall another awesome addition of the LEGO Explorer magazine. It's filled with all the information a young mind needs. Focusing on 'Polar Expedition' it covers a lot of topics from animals to the habitat in which they live. The polybag freebie is a little lack-lustre and is the weakest out of all the LEGO Explorer freebies. There are a nice selection of mostly black parts, with several SNOT parts too. If you love Penguins you should definitely pick this up, if not I wouldn't bother. 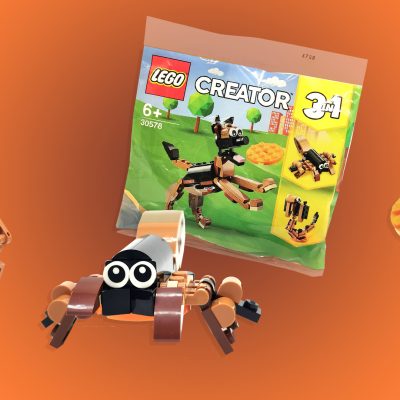 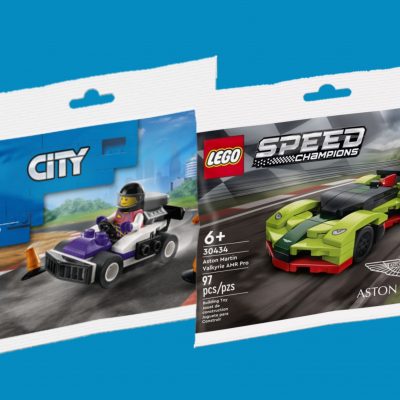