With 2020 being a solid Year for the humble LEGO polybag, 2021 has got its work cutout. Having been lucky enough to grab a few already we are slowly but surely working through reviews and short speed builds on Instagram Reels.

We have already posted a review for LEGO Ninjago Lloyd’s Quad Bike 30539, with another one to follow after today’s review of LEGO Creator 30578 3 in 1 German Shepherd Polybag! 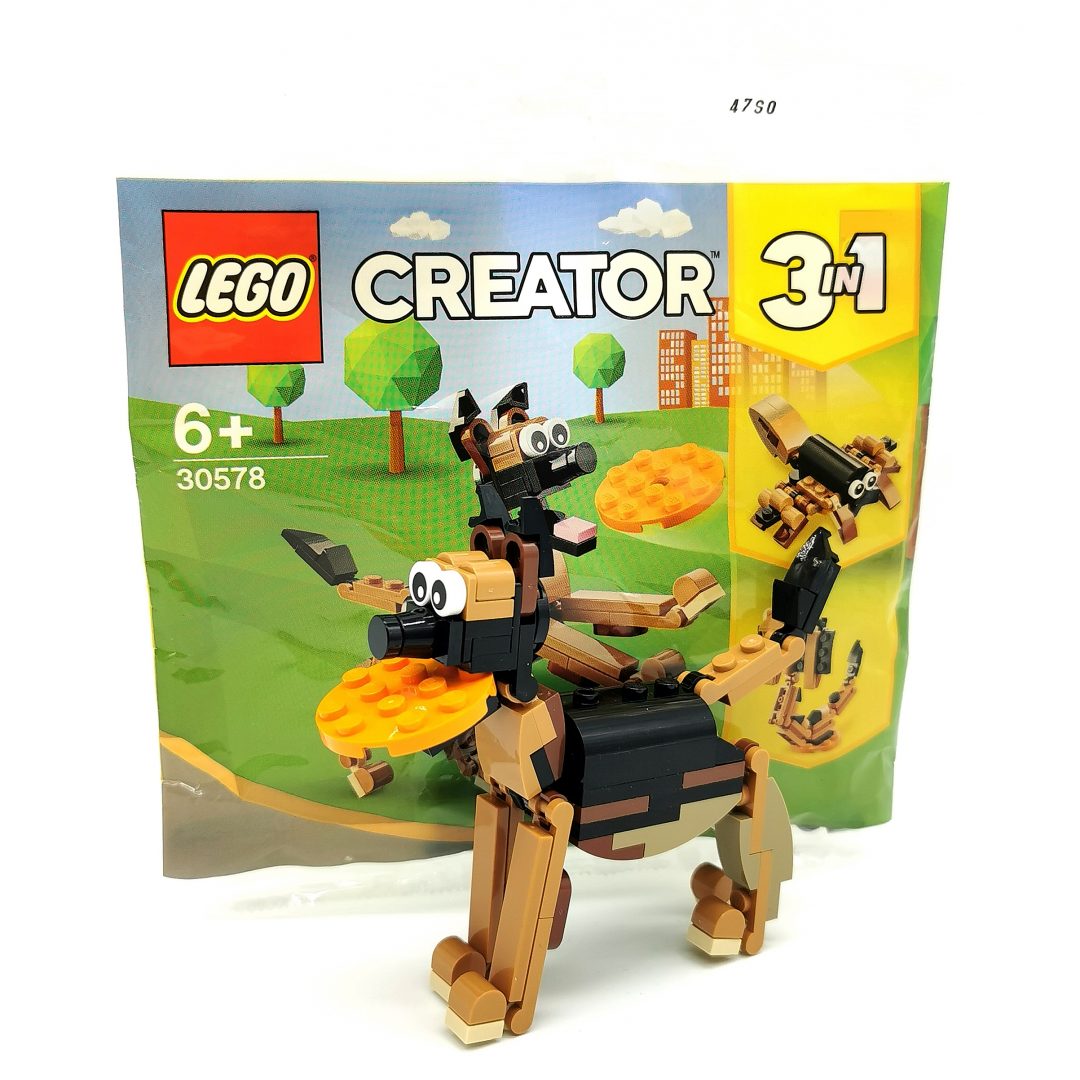 I personally really like these 3 in 1 Creator Polybags, having previous ones in my collection I often go back to them and construct the alternate builds.

This one caught my eye as the main build is based on a German Shepherd Dog. Being a Dog person it’s great to get sets that allow you to build man’s best friend, in my opinion there should be more. Of course there have been others, but the one that springs to mind is the LEGO Creator 3 in 1 Pug (30542) polybag from a couple of Years ago.

This review also comes as a 3 in 1 as I’ll be building and reviewing all three animals, German Shepherd, Spider, and Snake!

The main build, a German Shepherd, looks really good overall and was enjoyable to put together. 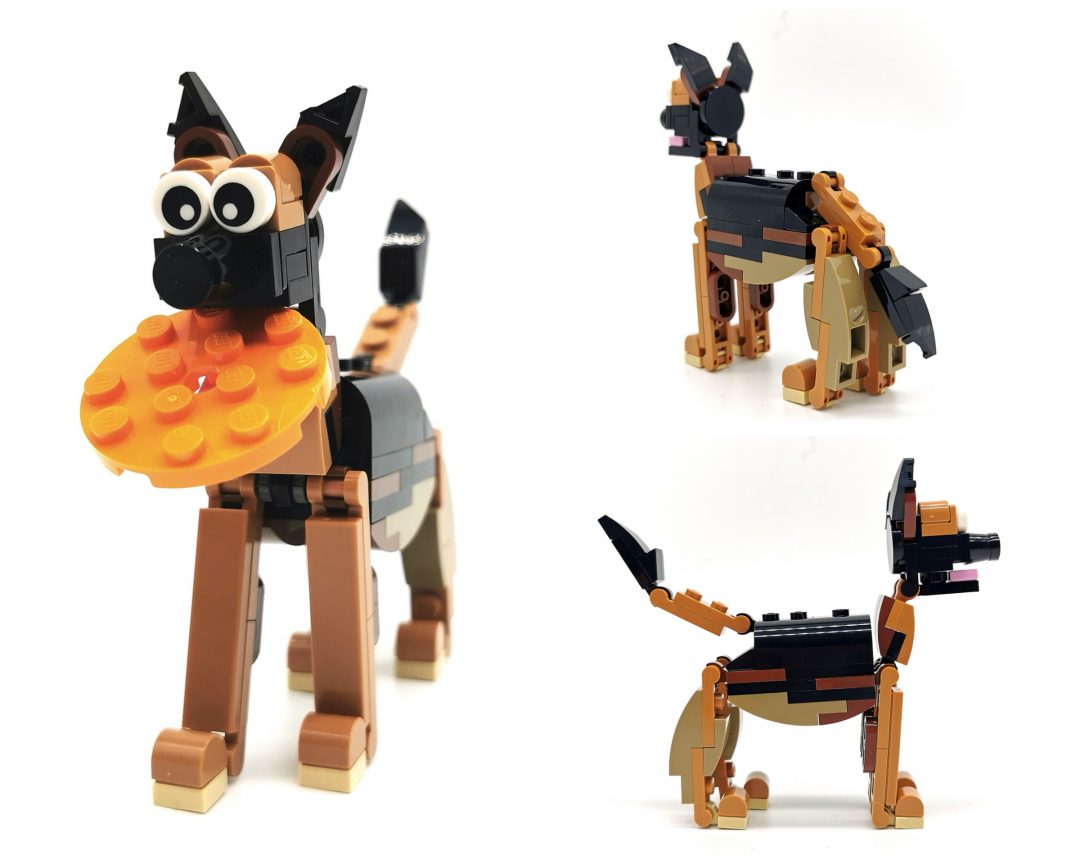 Being the main build there were only a few spare parts, the parts on offer inside the Polybag were quite surprising to see, as most of them are Medium Nougat, another one of my favourite brick colours. 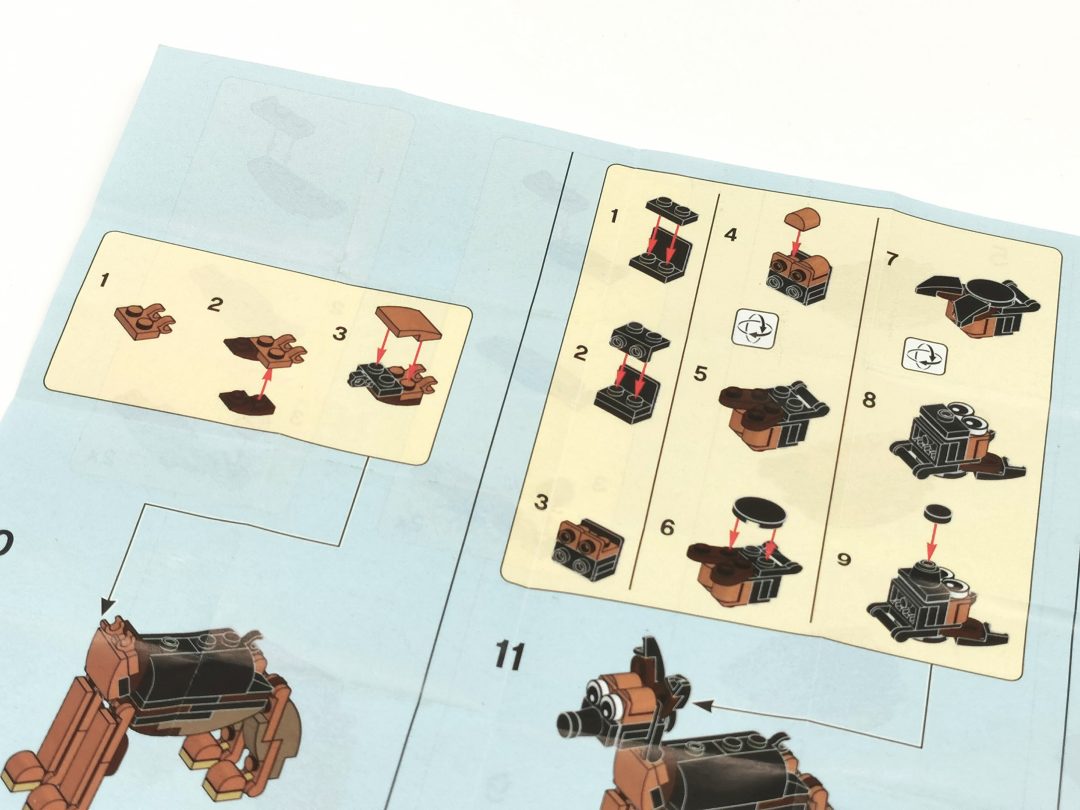 These builds are made up in different sections and then all added to the body part. The front legs are different to the back but are still built in pairs obviously.

The inclusion and use of the relatively new 1×1 curved brings are great and you get a handful in this bag so awesome for MOC builders.

As usual LEGO have done a stunning job in recreating the German Shepherd breed in brick form, with the head looking especially good. The hint of pink which represents the tongue is a nice touch, and having the jaw hinged means you can insert the included flying disk toy with ease and clamp it in place.

I don’t usually bother with the alternative builds as they are often less involved than the main build, but I must admit that this Spider is very well done and I like the overall look. 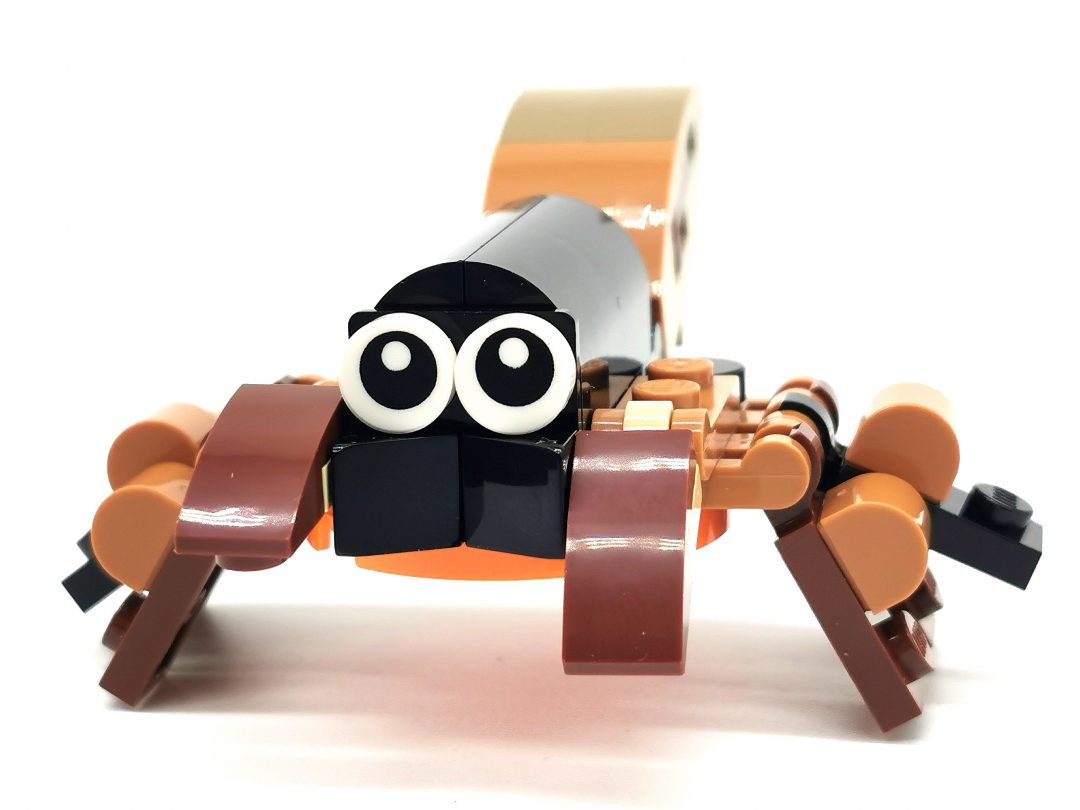 There are however quite a few bare studs but I guess that adds to the design and gives it a more natural look.

The Spider sits on the 4×4 round orange plate with hinged legs and abdomin. It’s front legs look more like fangs but this is OK with me as some Spiders to indeed look similar to this brick-built one.

Again being less involved than the advertised main build it takes less time to construct and in turn leaves a lot more spares in the bag. Perfect if you prefer these smaller builds and keep the spares for custom builds, with a handful of nice parts left over, from 3×3 black plates and 1×2 reversed slope tiles to 1×4 medium nougat tiles and a black fez! 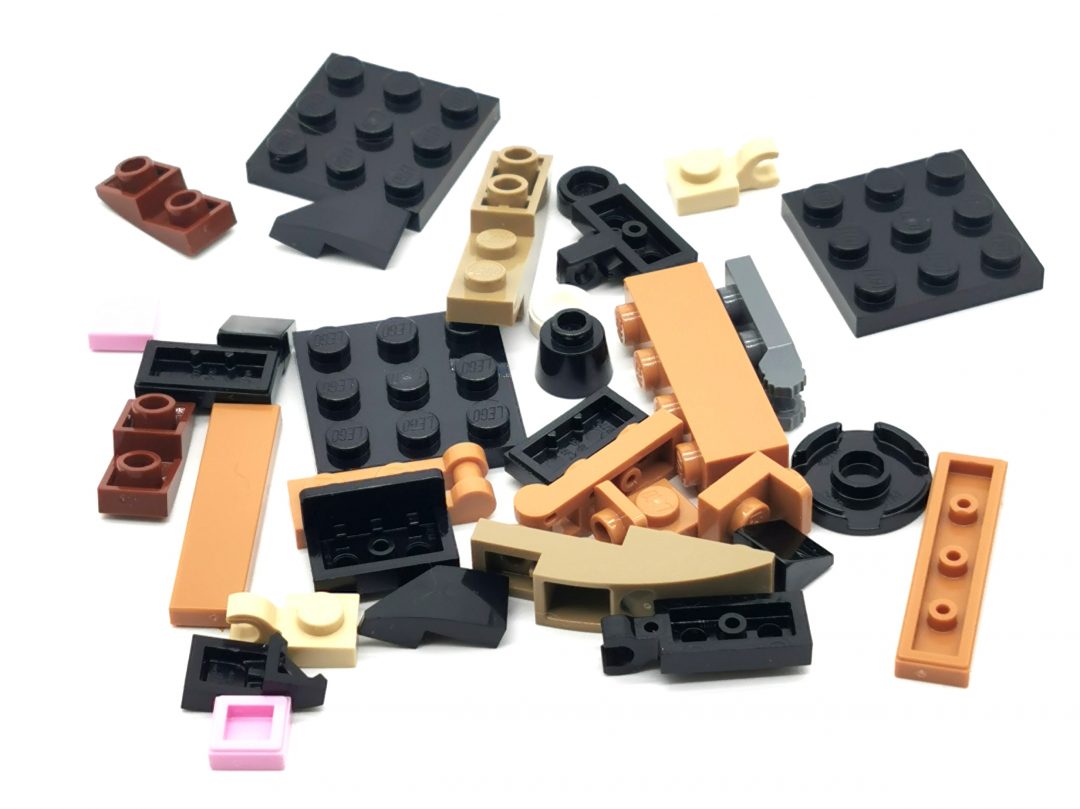 In my opinion the Spider isn’t the best out of the three builds included but it sure looks the scariest.

I’ll be honest and say we don’t usually see brick-built Snakes in LEGO sets, so it makes for a very nice surprise to be able to build one here, in a relatively small Polybag set.

The segments are almost identical and simply clip and hinge together, allowing you to recreate the Snakes natural movements. 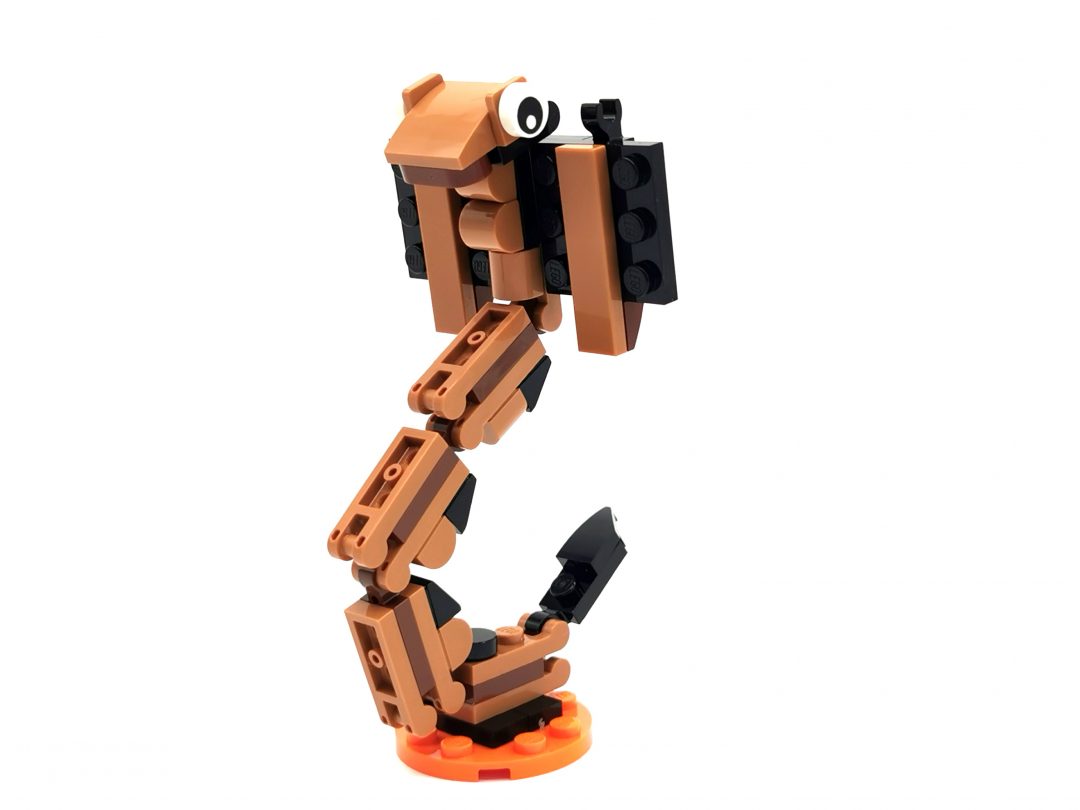 I’m not a Snake expert but it most resembles a Cobra, with its fanned neck. Almost like it’s standing tallying and showing it means business!

Using the 4×4 round orange plate as a display stand it can stay upright with no effort. It’s good to see LEGO think of this and give us an option on how to display it. 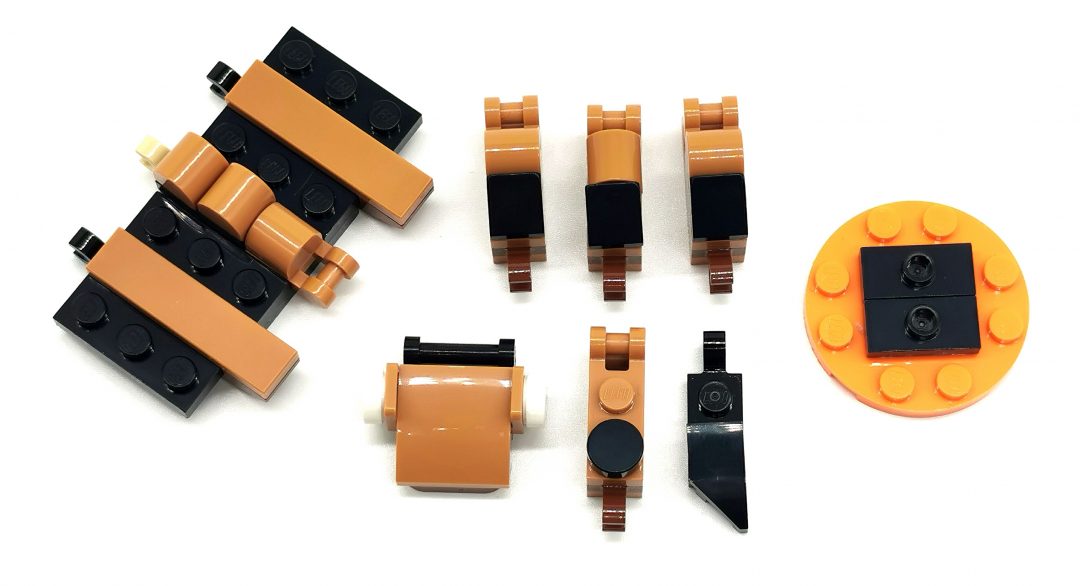 Overall the Snake is great and is the second best build here. It has just enough detail to keep you occupied longer than the Spider build.

Again the German Shepherd just pips it in most complex build, out of the three, and results in some nice spares being left over. 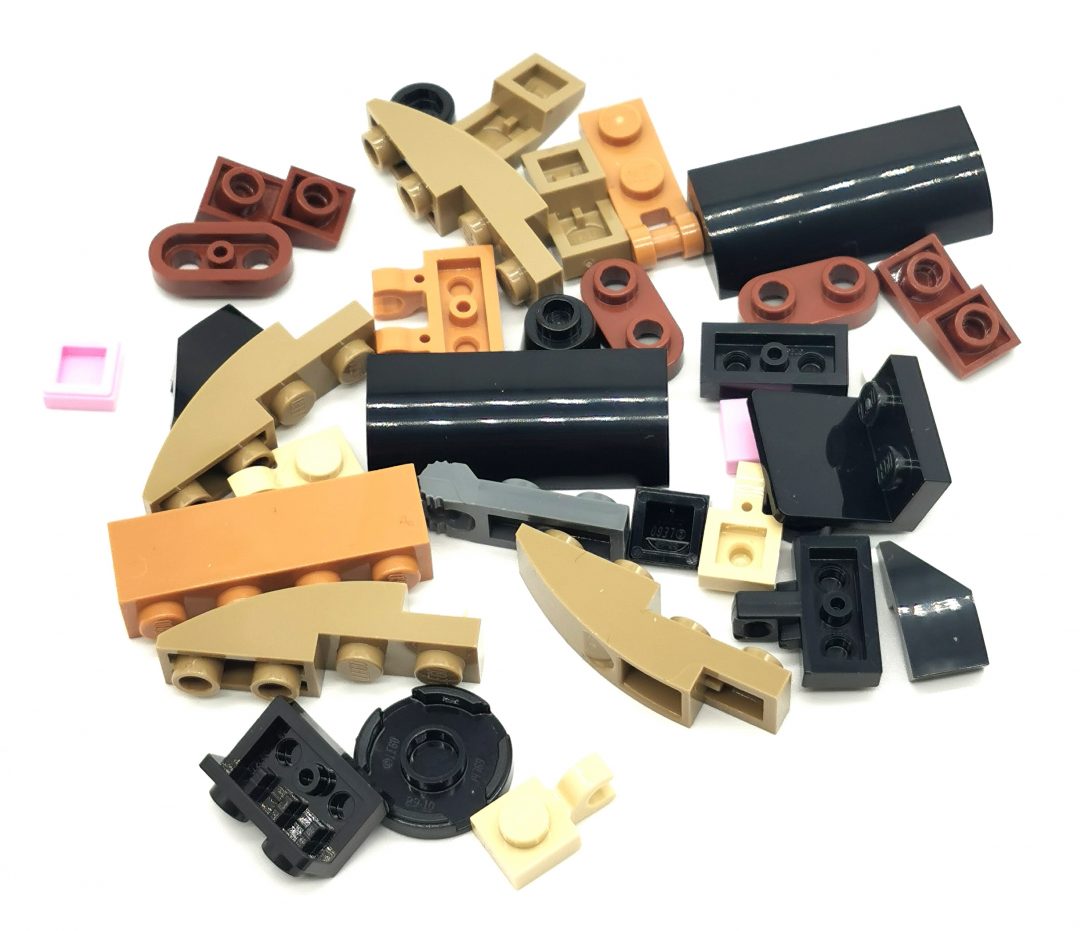 All three builds are fun and feature different techniques but ultimately the German Shepherd wins. It resembles the animal in question extremely well and looks great on display, even sat next to the older 3in1 Pug build.

Both the Spider and Snake have a substantial pile of spares left over and this is great for MOC builders.

For me it’ll be the German Shepherd build that sits proud iny collection and the ‘top dog’ of this Polybag!

Thank you for reading this review of LEGO Creator 30578 3 in 1 German Shepherd Polybag, we hope you enjoyed it. If you’d like to purchase this polybag and others we highly recommend https://www.brick-a-brac-uk.com/ – We have used this website multiple times and have had any issues. It’s UK based so please make sure it ships to your address before purchasing. 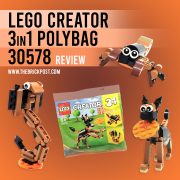 All three builds are fun and feature different techniques but ultimately the German Shepherd wins. It resembles the animal in question extremely well and looks great on display, even sat next to the older 3in1 Pug build. Both the Spider and Snake have a substantial pile of spares left over and this is great for MOC builders. For me it’ll be the German Shepherd build that sits proud iny collection and the ‘top dog’ of this Polybag! 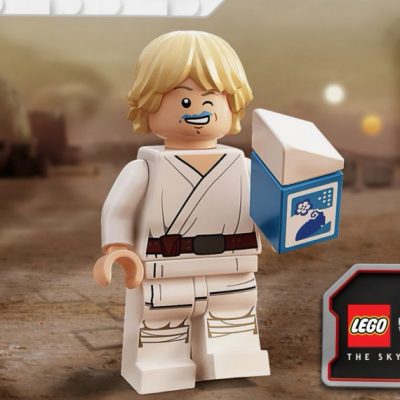 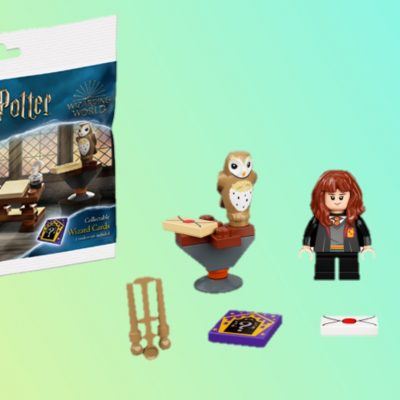