Having had numerous sneaky peeks at this particular set, either in the newly released catalogue or from the leak a while ago, we knew about this set and what to expect.

That being said, having new and clearer images and box art is always welcomed! 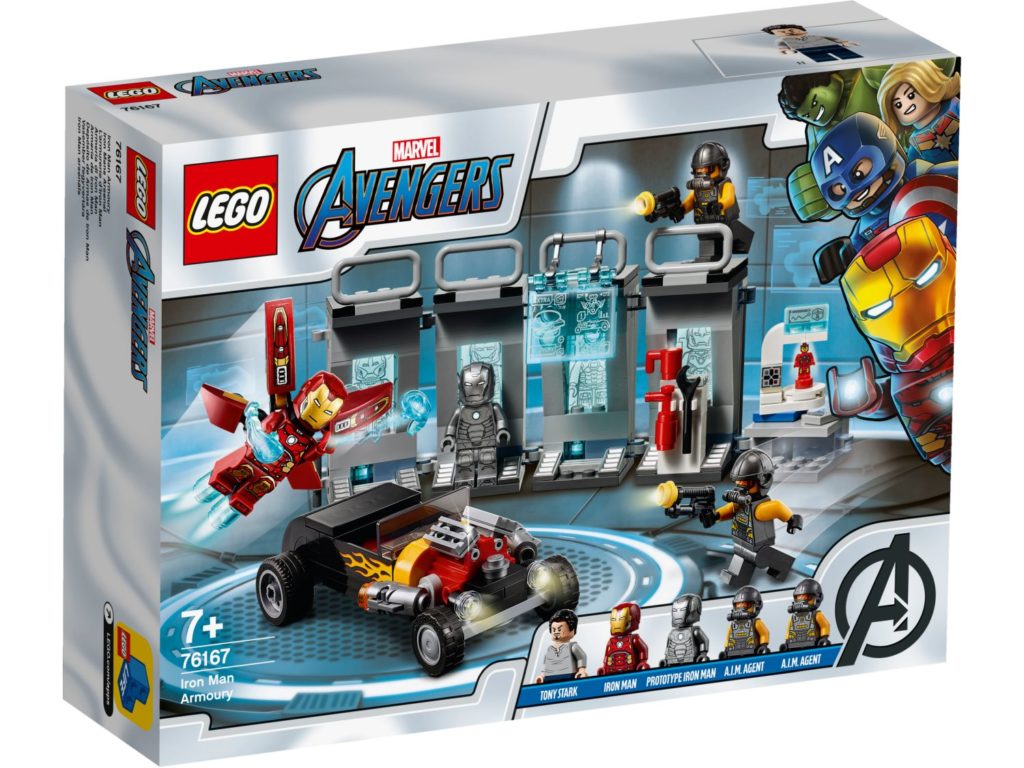 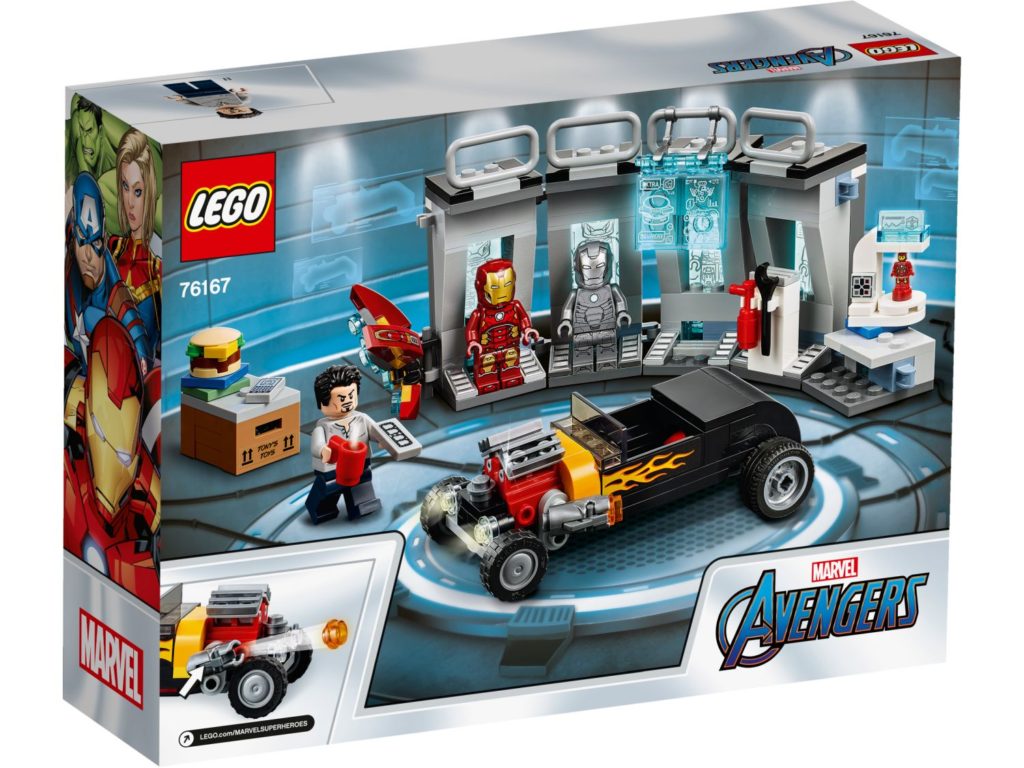 The set expands on the Iron Man Hall of Armour (76125) set from last year, albeit smaller.

It features the garage side of Tony Stark’s underground headquarters which houses his Classic Hot Rod car. 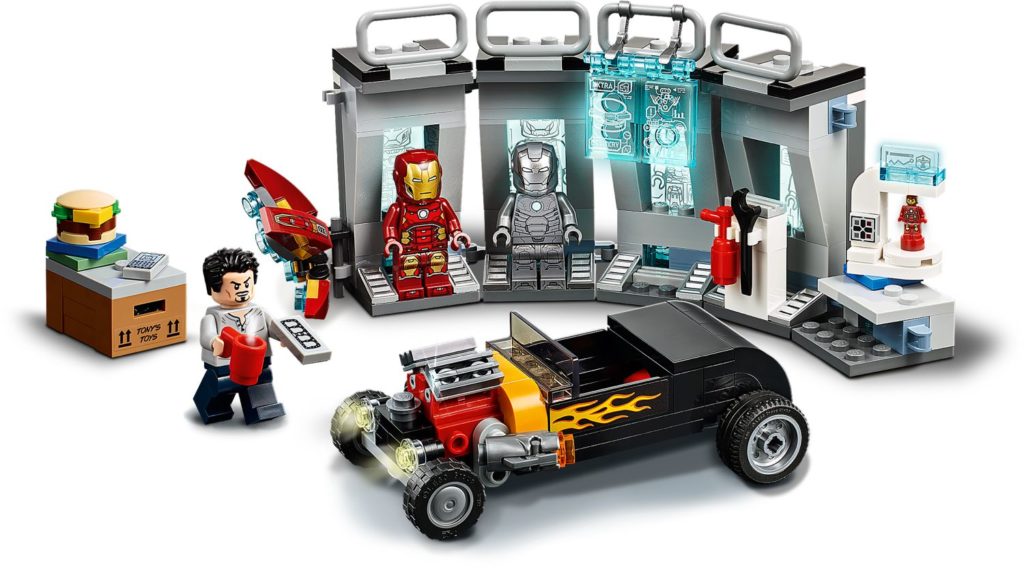 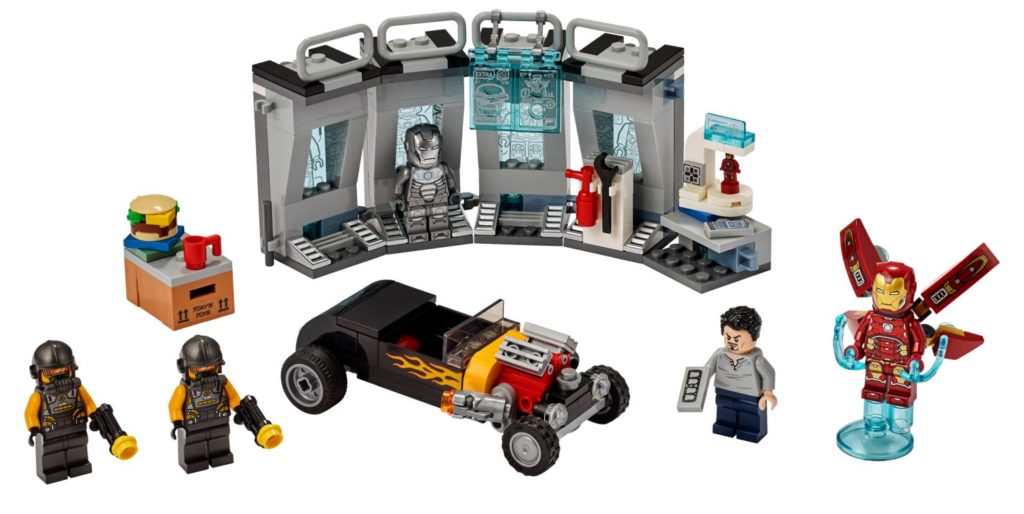