We’ve featured Martin from Boom Brickz a few times over the last year or so, most notably his Munsters Koach, Kaleidoscope, and WWE Belt.

Today we’ll be focusing on his latest addition to the LEGO Ideas platform, Buildable Cuphead and Mugman!

As you can guess the product idea is based on the extremely popular video game Cuphead. If you’re unfamiliar with it, as I am, then Wikipedia is here to help.

Cuphead is a 2017 run-and-gun video game developed and published by Studio MDHR. It was inspired by the rubber hose style from the golden age of American animation and the subversive and surrealist qualities of works of Walt Disney Animation Studios and Fleischer Studios. Wikipedia

Martin’s submission focuses on the two main characters of the game, Cuphead and Mugman, which both come in brick-built form. The overall aesthetic is spot on and they resemble their onscreen counterparts. I’ll admit that I have only caught random glimpses of this game and now hit Netflix TV show, either by adverts or out the corner of my eye. It looks far too fast paced for me and a game that I’ll probably try one day but fail hopelessly at.

But saying that doesn’t hold me back talking about this product idea and the LEGO techniques that I can see from just looking at it.

Martin has done a wonderful job in capturing the essence of it and the characters portrayed in the game. The game itself has a very vintage look and is somewhat based on the classic Walt Disney Animations style from yesteryear.

The buildable figures Martin has produced it also reminiscent of the recent LEGO Mickey & Minnie Mouse figures that released late last year. The curves used to create the cup and mug is very cool and looks at though it incorporates a ton of SNOT (studs not on top) building techniques.

I must say that lowering the heads enough in order to sink them into the bodies looks like a tough design procedure, but Martin has done it and really well too!

I can see myself getting into this game and TV show thanks to the work Martin has done, he’s opened up a whole new World to me and one I’ll be happy to explore and learn more about, hopefully ending in this idea being made and ultimately sat proudly on display.

Throughout the whole LEGO Ideas process you can update supporters with alterations and new additions to the build via the ‘Updates‘ tab, and Martin has done just that. The update features a slight colour change to Mugman and a Cup design change to Cuphead. 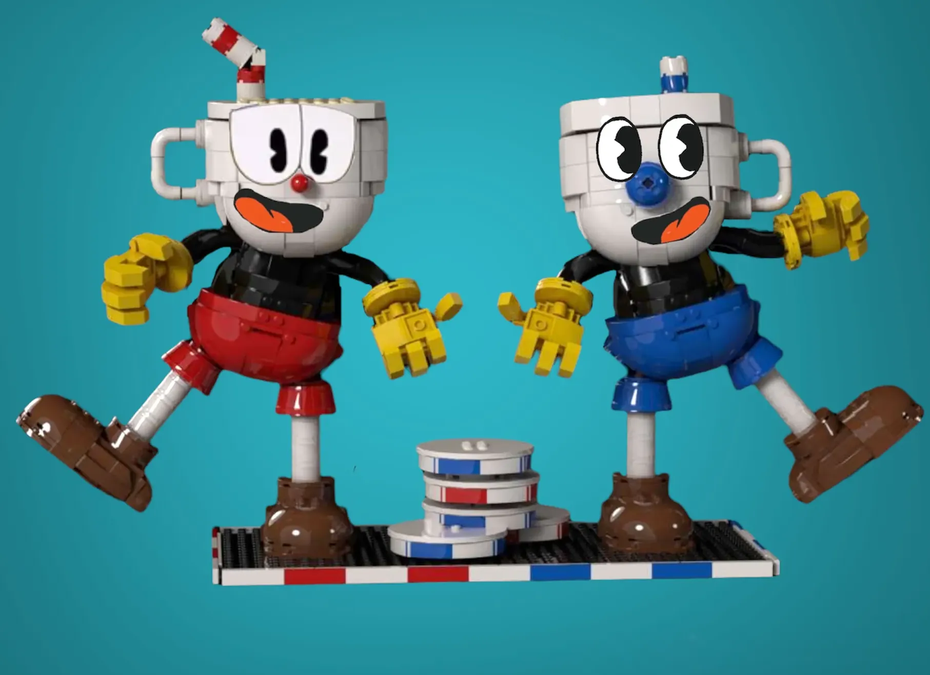 I won’t say to much more as the whole point of featuring these ideas is to gain more support for the creator, so please head over to the official page here and hit that support button!

We wish Martin the best of luck on his LEGO Ideas journey! 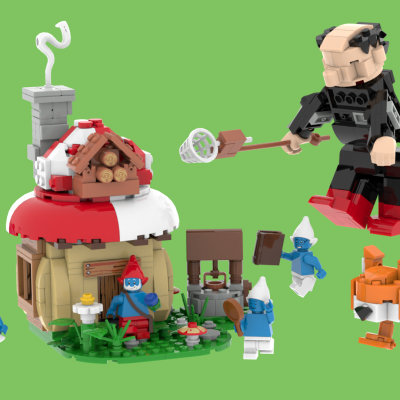