I must admit that I’ve been a little busy lately, what with adding Podcasts and YouTube into the mix recently.

I did however have time this weekend to take some outdoor photos of the MOC I designed and built earlier in the year. I wanted to produce something to compliment my new found interest in LEGO Trains and a station sprung to mind. With a lack of decent official LEGO stations out there – they are all small and lack-lustre – I thought I’d give it a go. 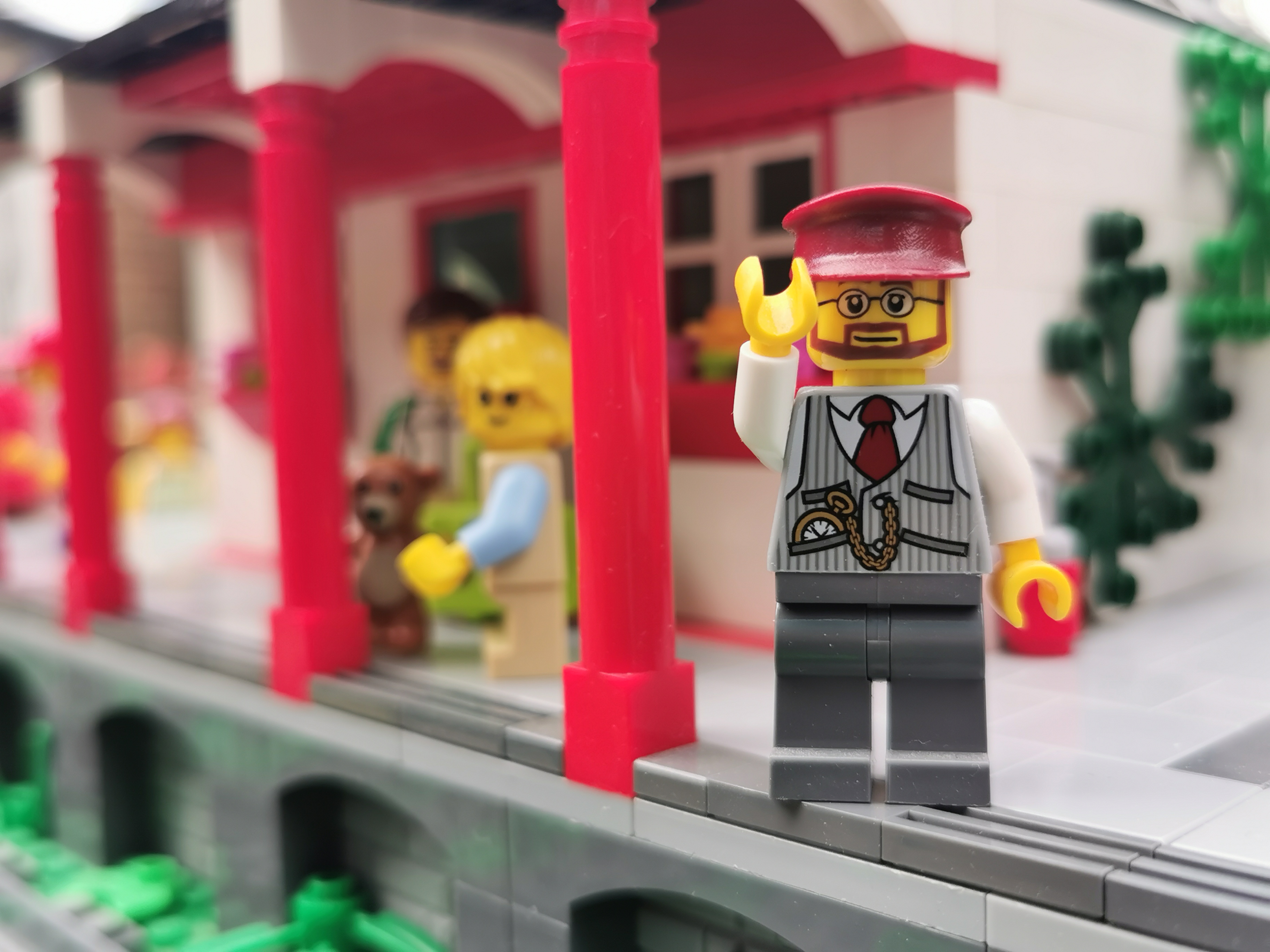 Being British, I’ve enjoyed many camping holidays, down South and Devon in particular. During most of these holidays we’d treat ourselves to an old Steam engine trip, either to the beach or to a medieval castle. In that part of the World we’re blessed with little Railway Stations that look so quaint and idyllic, more importantly full of nostalgia and life. I set myself the task of capturing the look & feel of those small Village platforms.

My initial thought was to build something bigger than I previously have, so I grabbed two green 32×32 baseplates and laid them on the table. I wanted it to be a decent size as the trains I intend to run on the tracks are rather long. It made sense to make the platform at least one carriage long, so the holiday makers (Minifigures) could enter and exit the train with ease and not panic if they’d get a seat of not!

I usually start by sketching a rough outline of where the slightly bigger builds/features will be placed, but I took a different approach to this MOC, I just went for it! Starting with the train tracks themselves, as this would give me an idea as to where to build the station, an more importantly how high. I placed my motorised LEGO Hogwarts Express Train on the freshly laid tracks and worked out I needed to make the platform three bricks, one plate, and one tile high. So just shy of four whole bricks high. 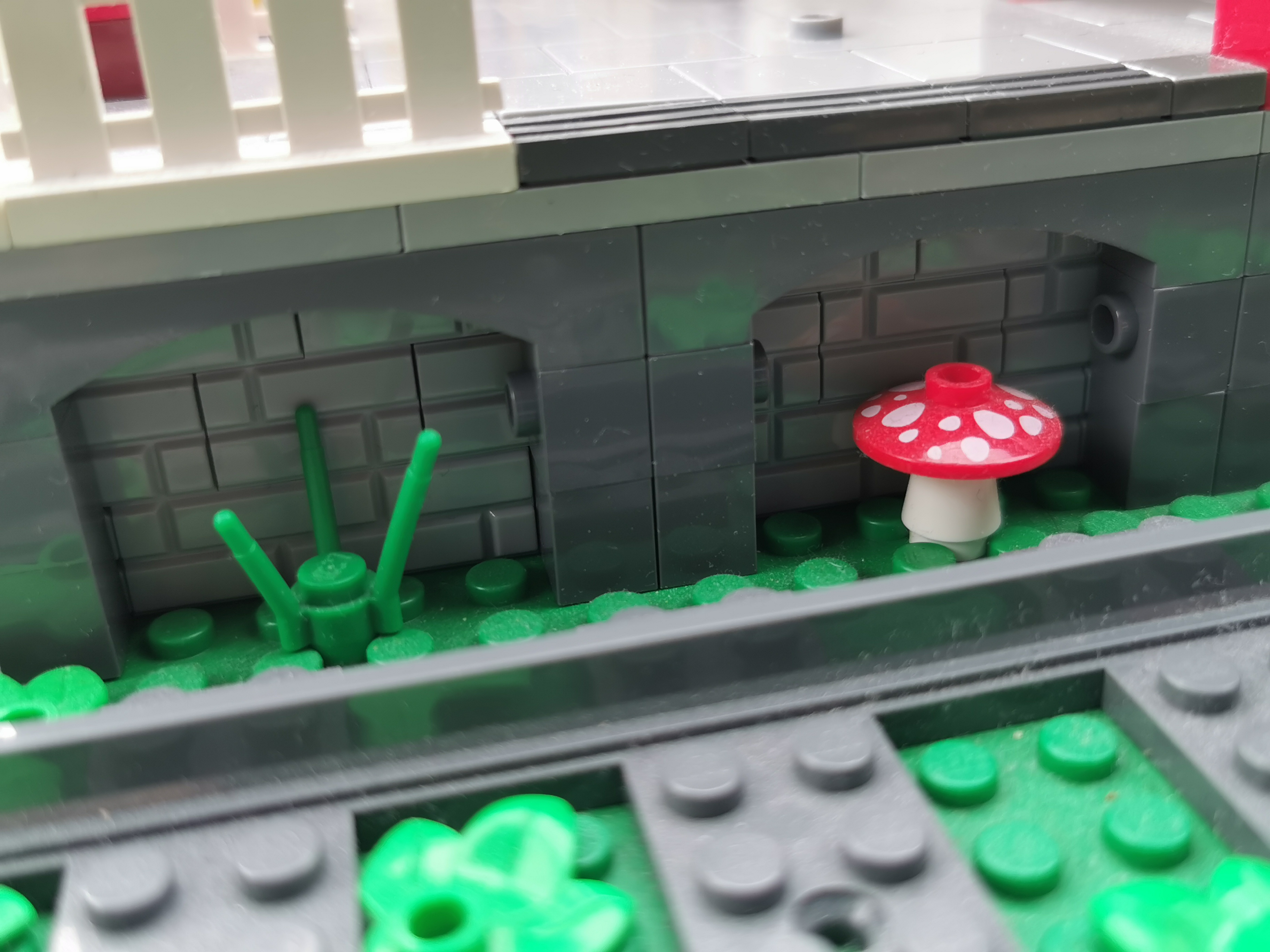 With then height set I continued with building the platform and adding spaces for the main ticket hut and newsstand. The very cool looking newsstand is not my MOC, it’s an actual LEGO set that I acquired at a Make & Take event hosted at my local LEGO Store (Southampton).

Having worked out a good size for the ticket hut I began constructing it. I went for Red as the accent colour here, against the white and grey it stands out nicely and again adds to the whole quaint little village scene. 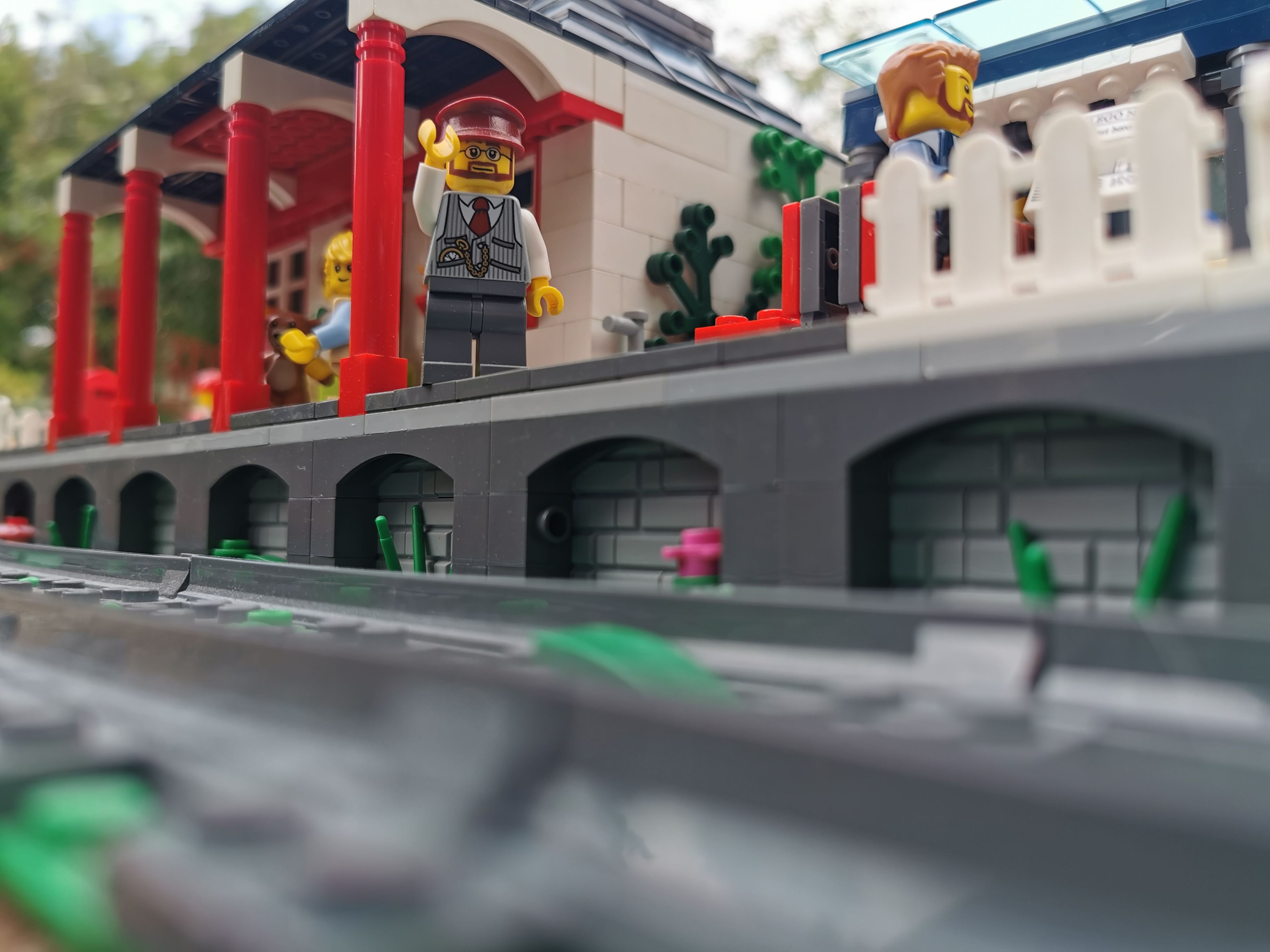 A few Brickowl orders later, I could finish the roof and the dark grey platform supports/archways. I don’t have many slopes in my spares and my go to bits & pieces supplier is Brickowl, I just find it slightly easier to use than Bricklink.

With Red being the aceent colour of choice I began to pull out the bits need, pillars, plates etc.

The pillars are my favourite part of the build, not only do they hold up the overhanging roof, they look great and really add the finishing touch to the whole build.

The service window is quite simple, with just a single archway at the top, I didn’t want it to be too big, just like its real life Village station counterpart. There is a Map just left of it where passengers came plan their journey. 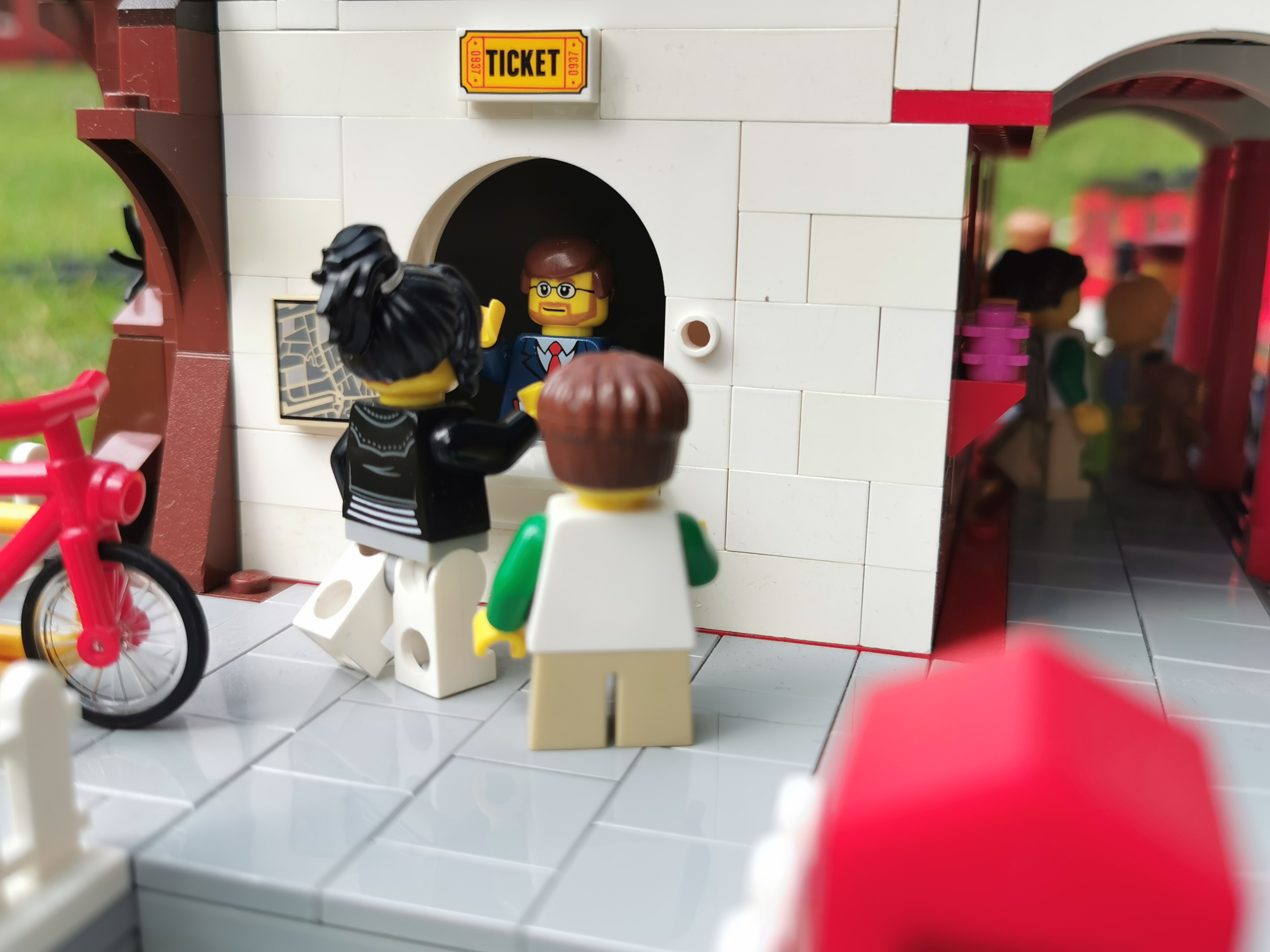 Grabbing tickets before the train leaves.

The Newsstand, that I mentioned about, looks right at home on the platform. I was contemplating whether to make it coffee shack, as more stations have them. In the end I stuck with the LEGO newsstand, so train goers could relax and read the news! 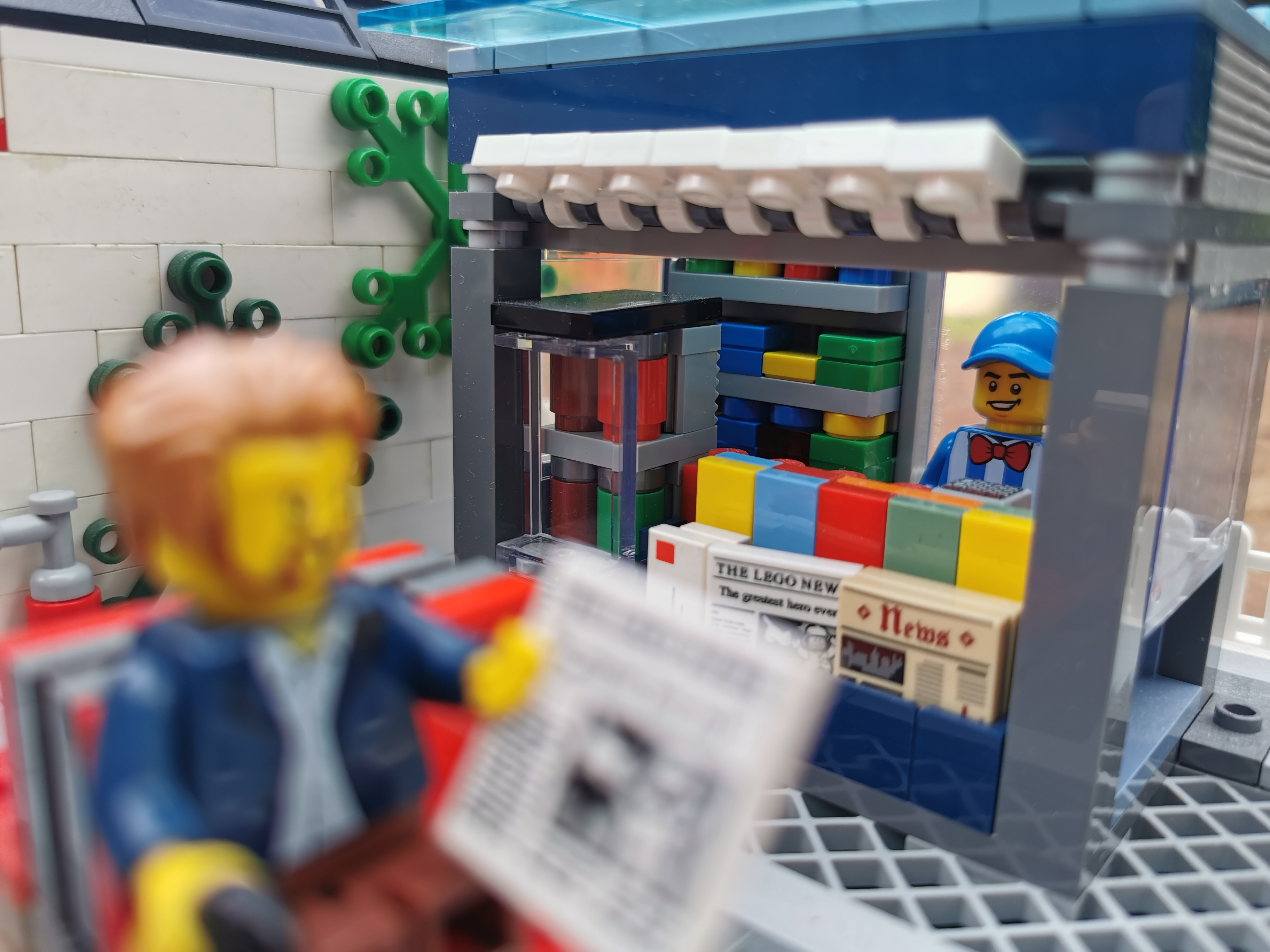 Newsstand, pride of place on the platform.

Just under the Newsstand is a small stream, which runs under that side of the platform. Visitors can look down and see running water and fish swimming. This does see the light of day as it trickles out and carries on its journey, maybe to a lake or river. The greeny and wildlife certainly does florish around the water as you can see by the many wild flowers and insects. 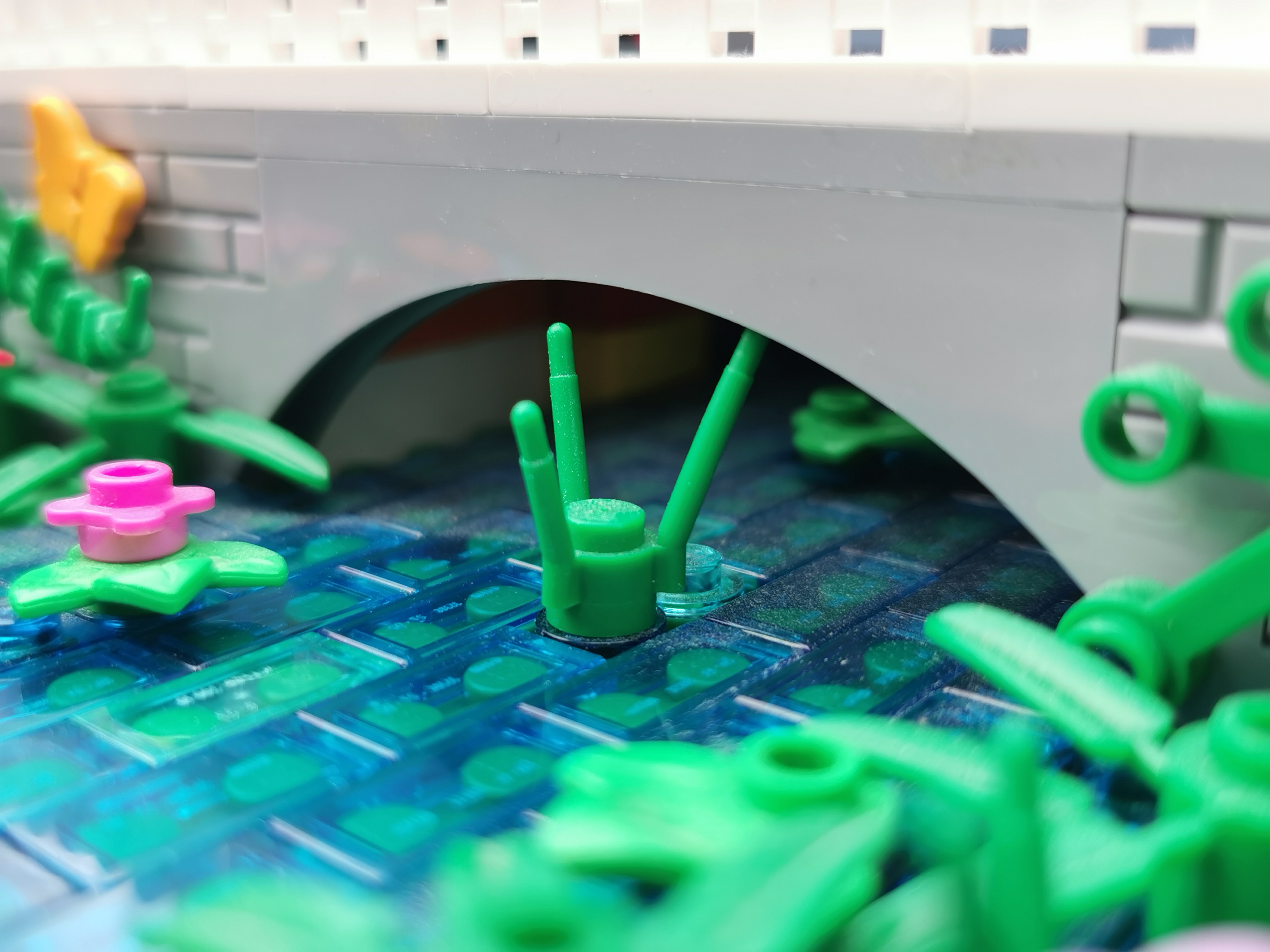 But before all of that, you have to get to the station, by wandering up the cobbled path, climbing the stairs, and parking your bike in the rack provided. 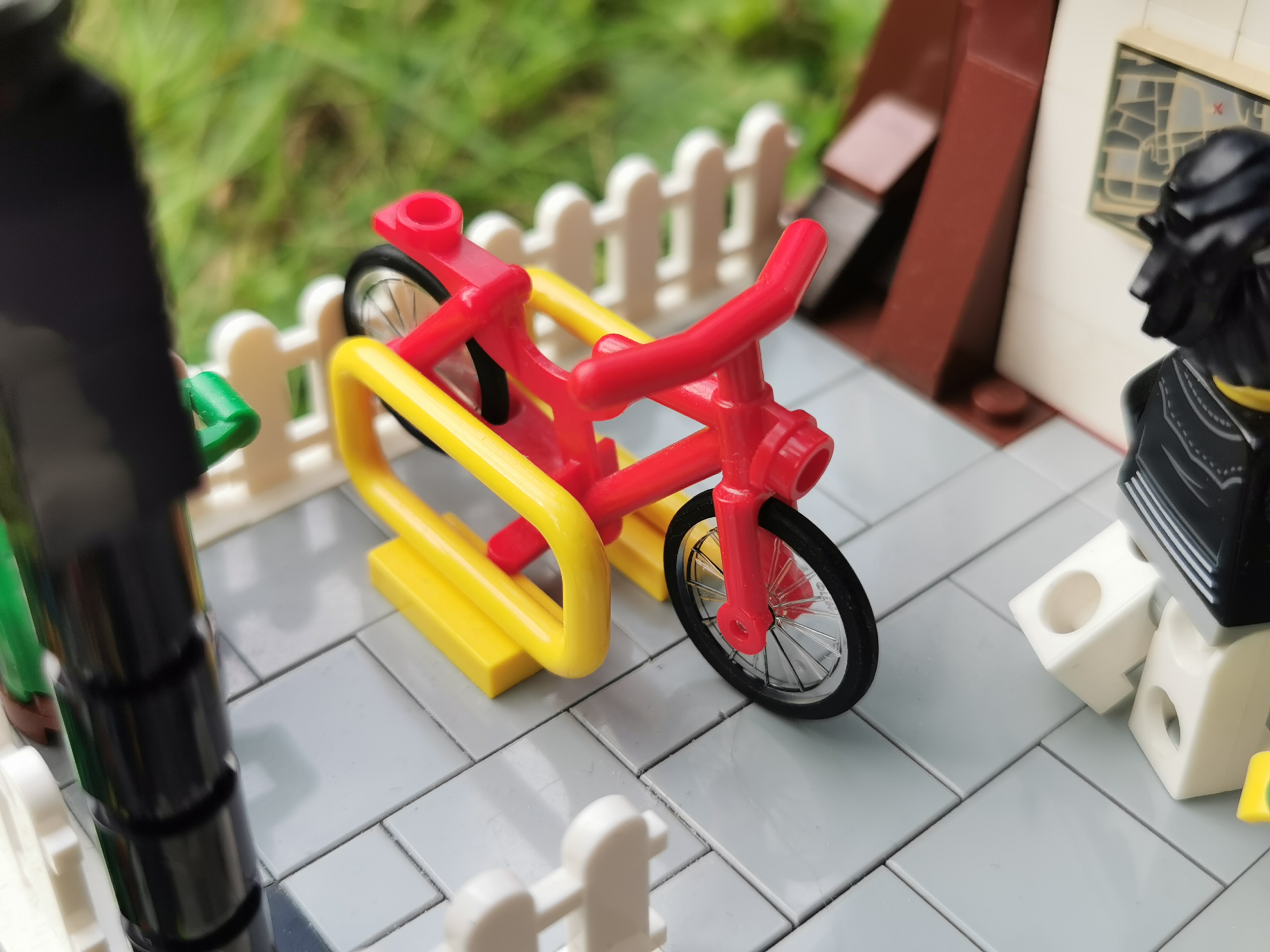 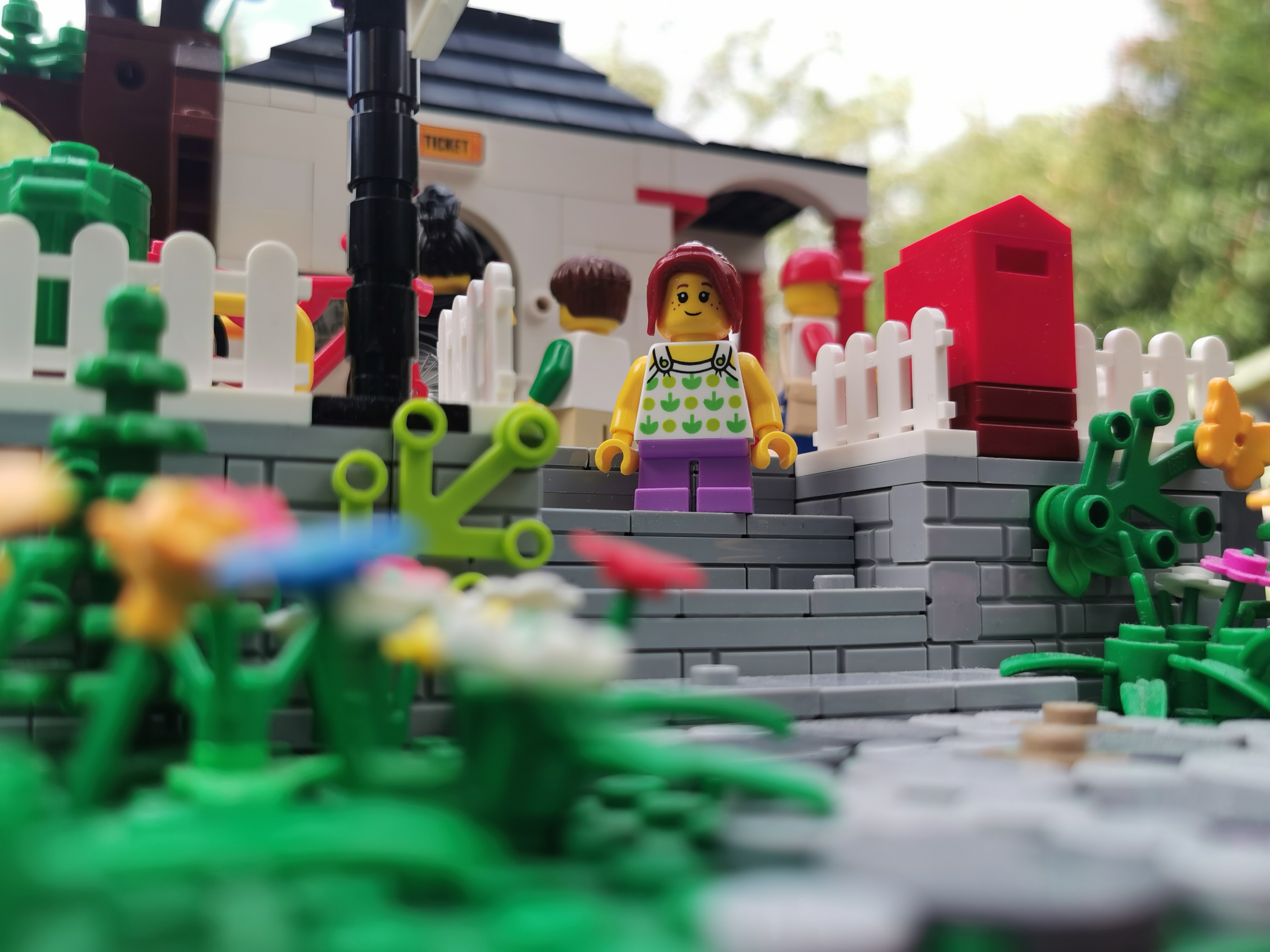 Passing the Lanesbury Station sign on the left. I decided to have a custom tile printed with the choosen name and logo as it finished off the whole MOC perfectly. When coming up with a name I thought long and hard over the span of a  few days, my surname is Lane and trying to insert that into place names was tricky. Lanesville, Lanetown, nothing sounded quite right – Then Lanesbury popped into my head, YES! That sounds perfect, it has the quiant and idyllic ring to it that I was after.

Thank you for reading all about my Village Train Station MOC. I hope you have enjoyed seeing the photos and what can be achieved, and more, with LEGO!

I am by no means a master builder, I like to dabble and play around with LEGO to try and build what I imagine. Sometimes it goes well, other times not so much – But isn’t that what LEGO is all about, creating something from nothing and having fun along the way. Play Well!

If you have any comments or questions please use the form below, it would be great to hear from you and to hear what you have to say. Thanks again. 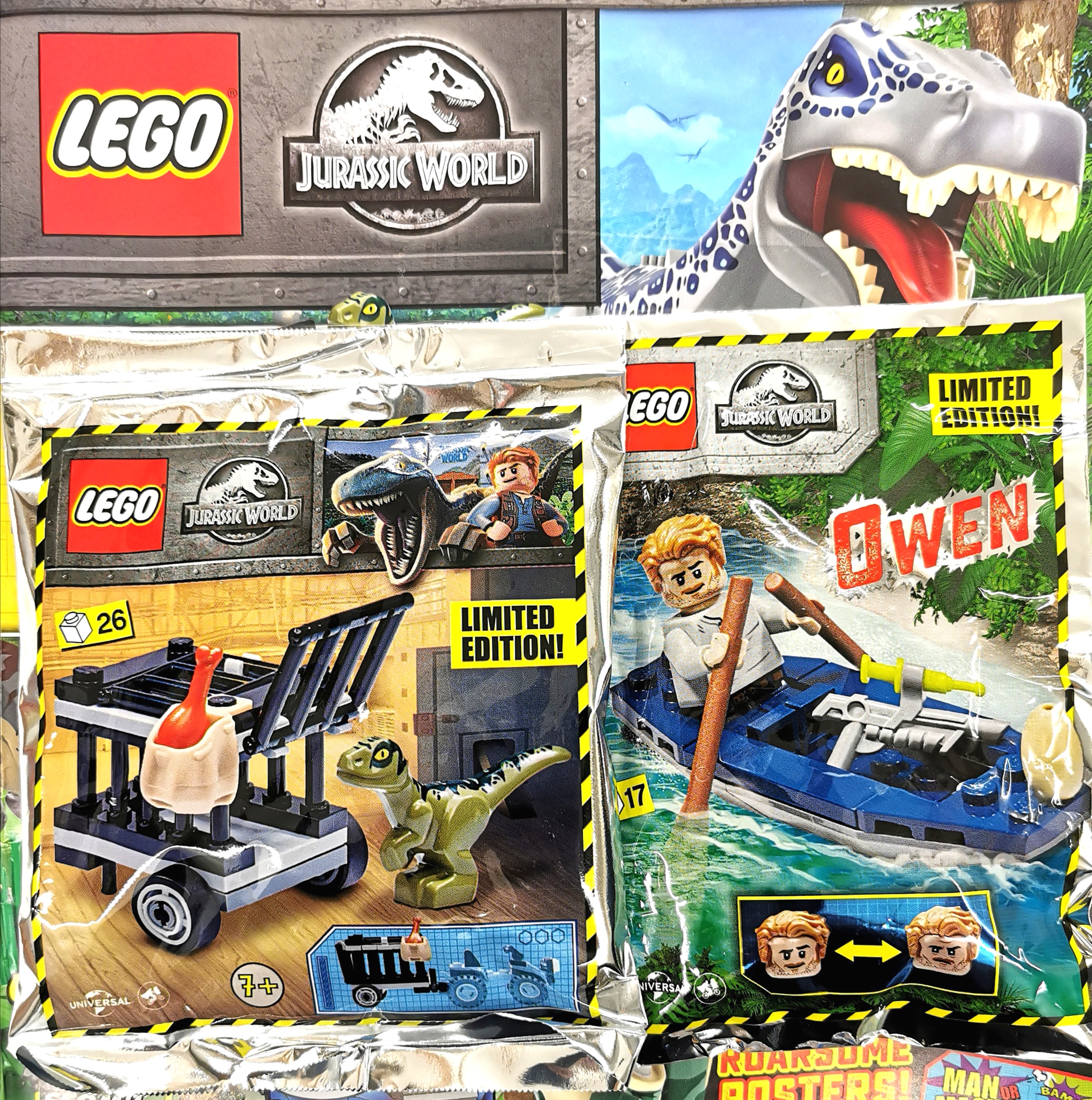 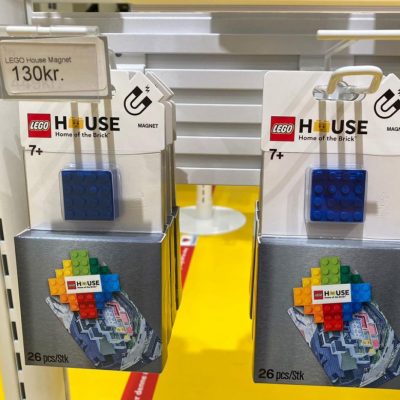