This week we’d like to introduce Miklos Voros, the brains behind STARTER SETS.

I have to admit that he is one of my all-time favourite creators. His current project, in-which he collaborates with Attila Gallik (@thegbrix), entitled STARTRON, is a collection of Classic Space inspired sets and vehicles, which look absolutely gorgeous!

Please spare your time and briefly dive into the World of STARTER SETS, in this exclusive interview. Show your support and follow STARTER SETS on Instagram and YouTube.

Thank you for taking the time to chat with us Miklos. We’ve been following you for a while now on Instagram and really like what you have done, in particular your STARTRON project. We’d like to jump into your World very briefly, if we may, and get an insight into what inspires you, first off….

In the early 80’s, I got my first LEGO set from my father, it was the space set the ‘All Terrain Vehicle’ (6927). That’s when my LEGO love started as a little kid. My adult LEGO world began when I started building and playing together with my little son. Around this time, I started collecting LEGO Star Wars figures. My son would play with them most of the time by disassembling the figures into the tiniest parts and building new ones out of them. Later, this inspired me to start a new project.

When did you start making custom set ideas?

STARTER SETS became the title of the project that was inspired by my little son. This is a series of conceptual photos whose images, with their pairs of unique, small construction toy figures, refer to serious stories based on violence, humiliation, and oppression.

A short video about the exhibition: https://youtu.be/SgEosZSwIy0

A limited edition, MOC figure was also created for this project, with the fantasy name STARTRON. It is a small, peaceful but curious astronaut figure. 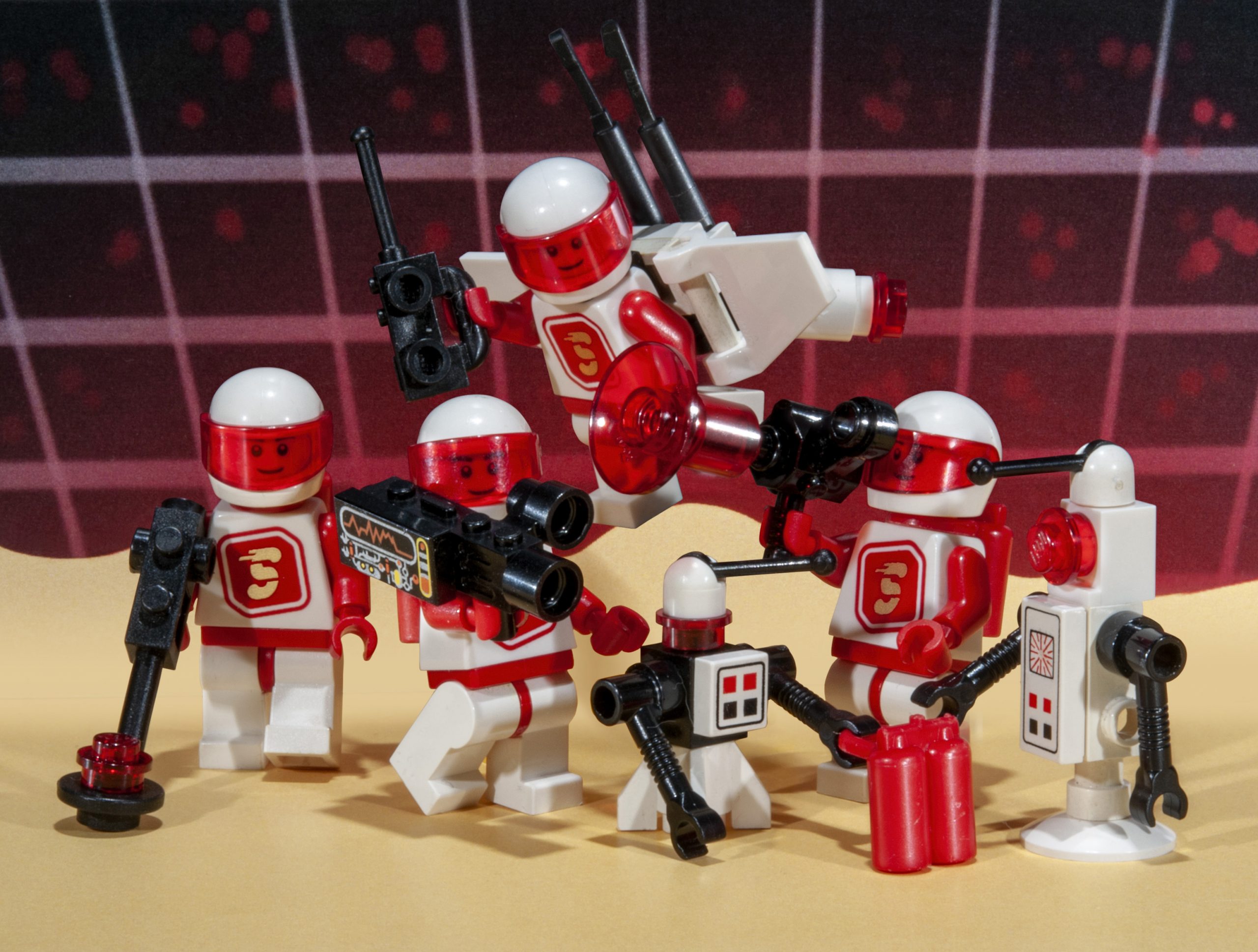 What draws you to the space theme and gives you so much inspiration?

I’ve always been interested in Sci-fi, space travel, and the discovery of unknown worlds. One of my favorite television series was ‘Space: 1999’. During the journey, the characters of the series encounter many alien civilizations and phenomena that humanity has never seen before.

After you get an initial idea, what happens next?

Most of the time, the STARTRON astronaut himself is my source of inspiration. This little classic space-inspired red and white figure is perhaps best suited for light-colored sets. That’s why I mostly build with parts from Futuron kits. I wanted to photograph my figures in such classic scenes. I don’t even consider myself a real MOC designer, more like an artist or a photographer. 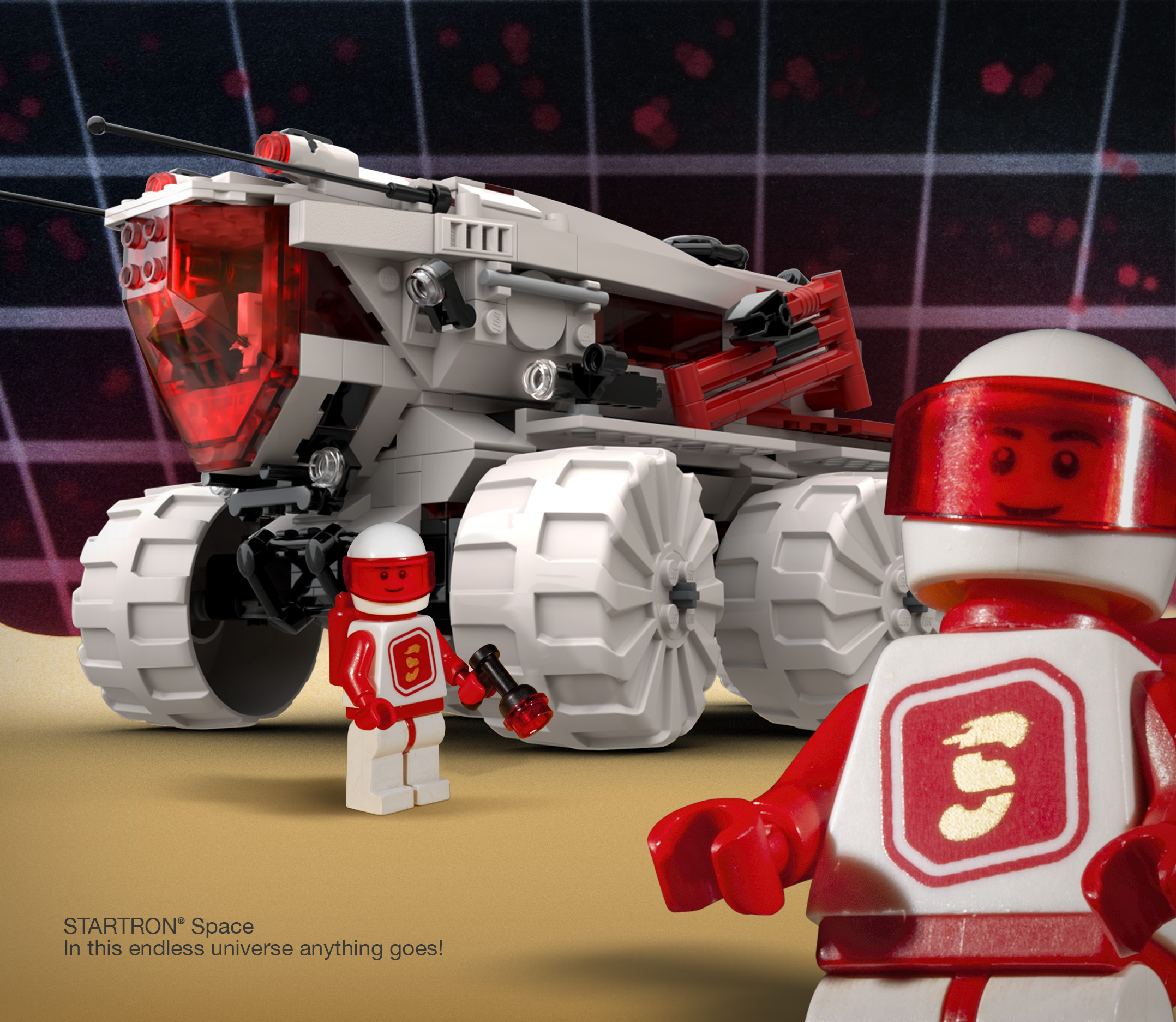 Currently we have 3 already built vehicles: A rover, a small tanker and a small cargo flyer. Other than this we have plans for a bigger starship, a giant mech, like the ones you saw in Pacific Rim and ultimately a space base to tie all the vehicles together. Our goal is to place the figures into a coherent fully detailed space environment. We are also planning various photoshoots for these builds and they will be present on several exhibitions so you can see them in person. Maybe they will be in a small TV role too, but I can’t tell you more on that right now. 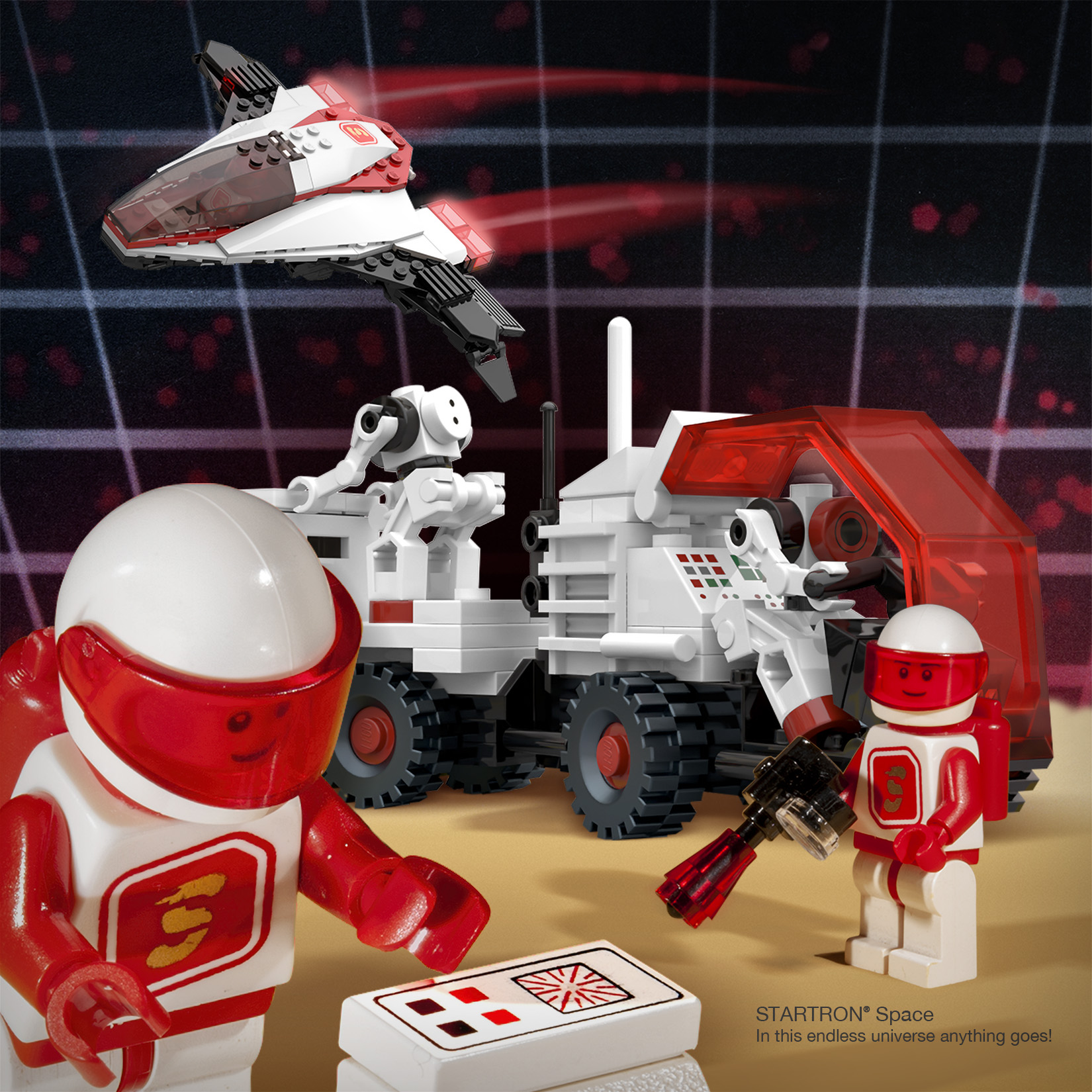 The STARTRON figure itself took a relatively long time to complete. It took more than four months for the sketches to become a tangible product. A retro-looking photo will take a few days to complete. Design, construction, setup, photography for the small home studio and post-production. I’ve always been a fan of the old set’s product photos, and I wanted to place the little red astronaut in similar situations. 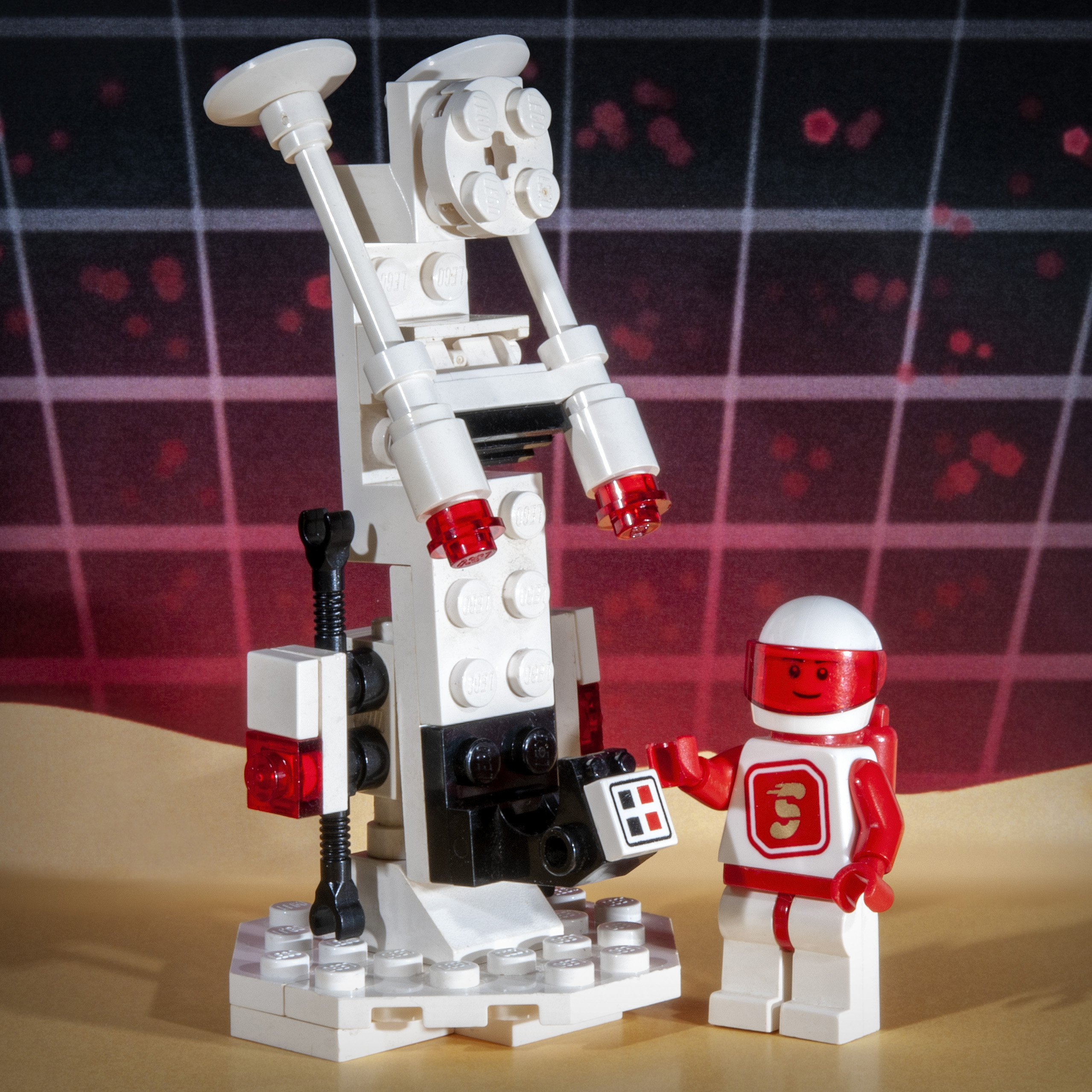 STARTRON astronaut with a Space Patroller.

Are there any techniques in particular that you really like implementing?

LEGO is the source of endless possibilities and creativity. This myriad of options can be a little daunting. Where should I go? How do I get started? Taking out a set of tools and using them to begin building something can help you get started.

On average how many bricks do you use, and what has been your biggest creation to date?

I am more inspired by smaller sets. I prefer sets with less than 300 items.
The largest so far was made up of about 350 parts. 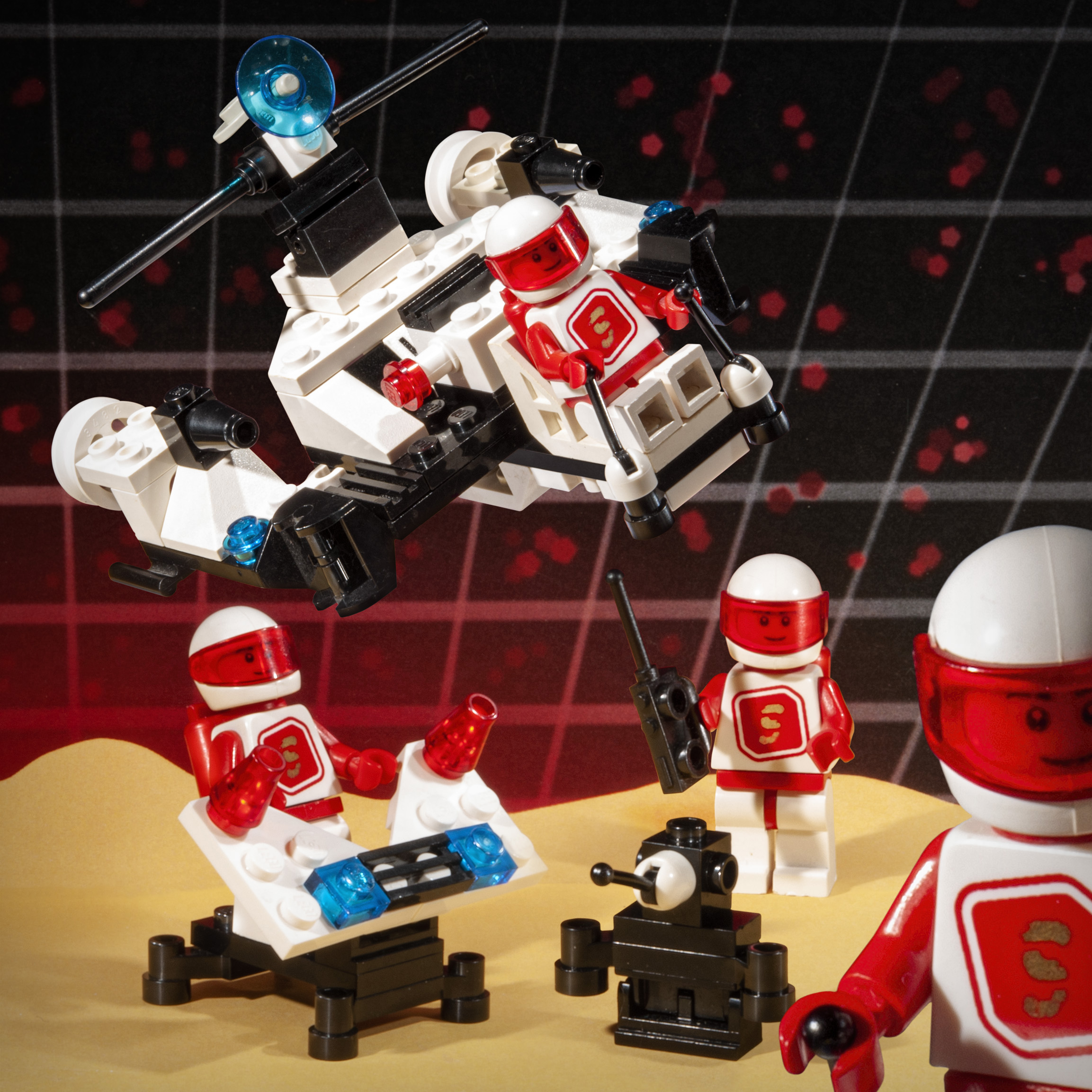 STARTRON astronauts in the Lunar Dart. 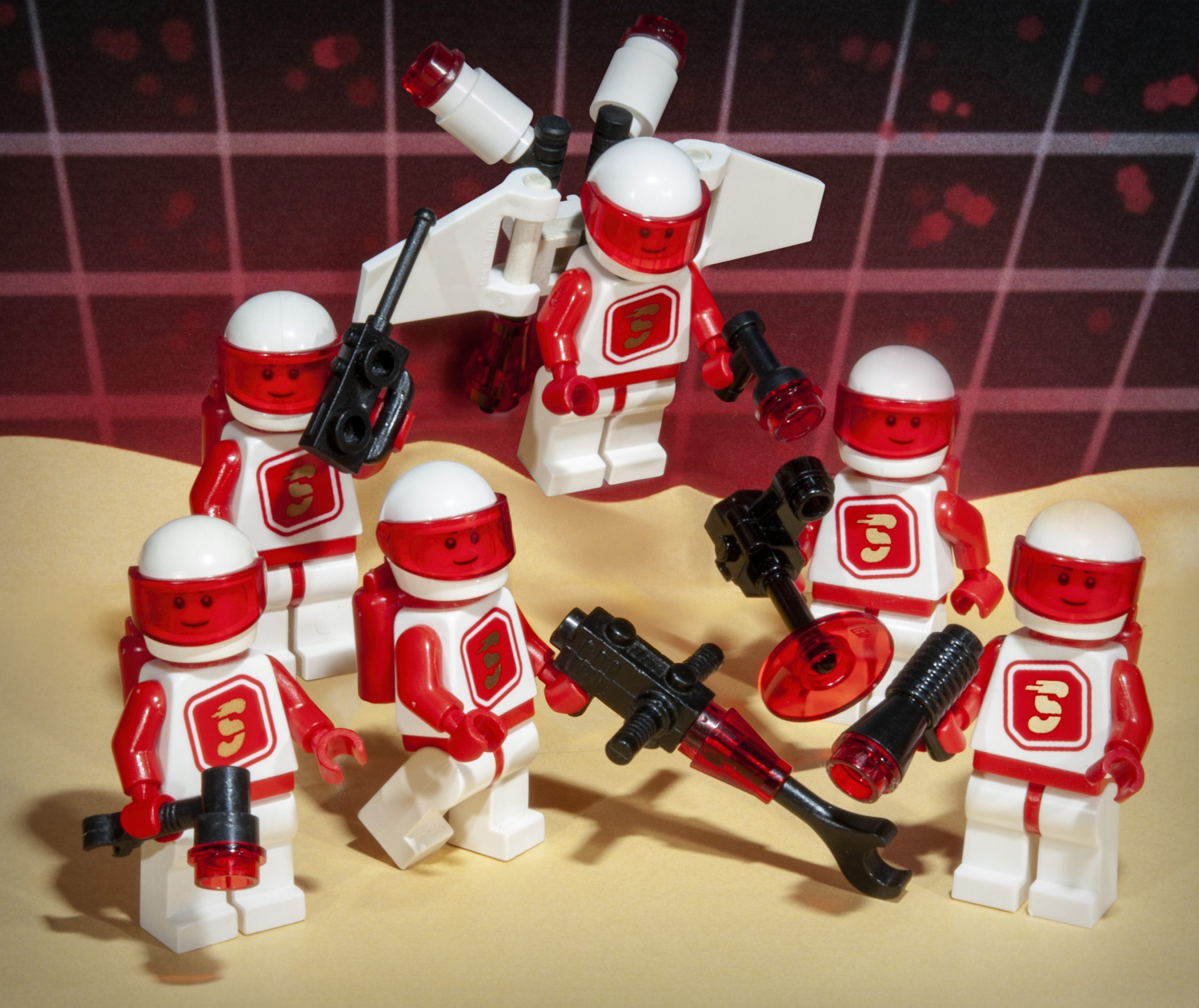 I’m designing a new color variant from the astronaut STARTRON. Perhaps a little more in number than the original red limited edition astronaut, of which 50 were made. Some more exciting joint projects with ‘The G Brix’ are in the works. The STARTRON brand is our common passion.

What advice would you give to beginner MOC builders?

I suggest designing with little things first. A little robot or a mini vehicle, which can provide a sense of success. If you already have a first little set you will definitely want another type, or even a bigger one. Later, take out an existing vintage set, look at the back side of the box (if you don’t have the original box, you can easily find it on the internet using the set number) and try to build an alternative version, what you like best from the items in the set, simply based on the picture. Much can be learned from the original set designer’s thought process and solutions. If you’ve gained the practical knowledge to build things but don’t have enough parts at home, head to the virtual LEGO room. Download the free STUDIO application where you can design with all existing LEGO elements in different shapes and colors! 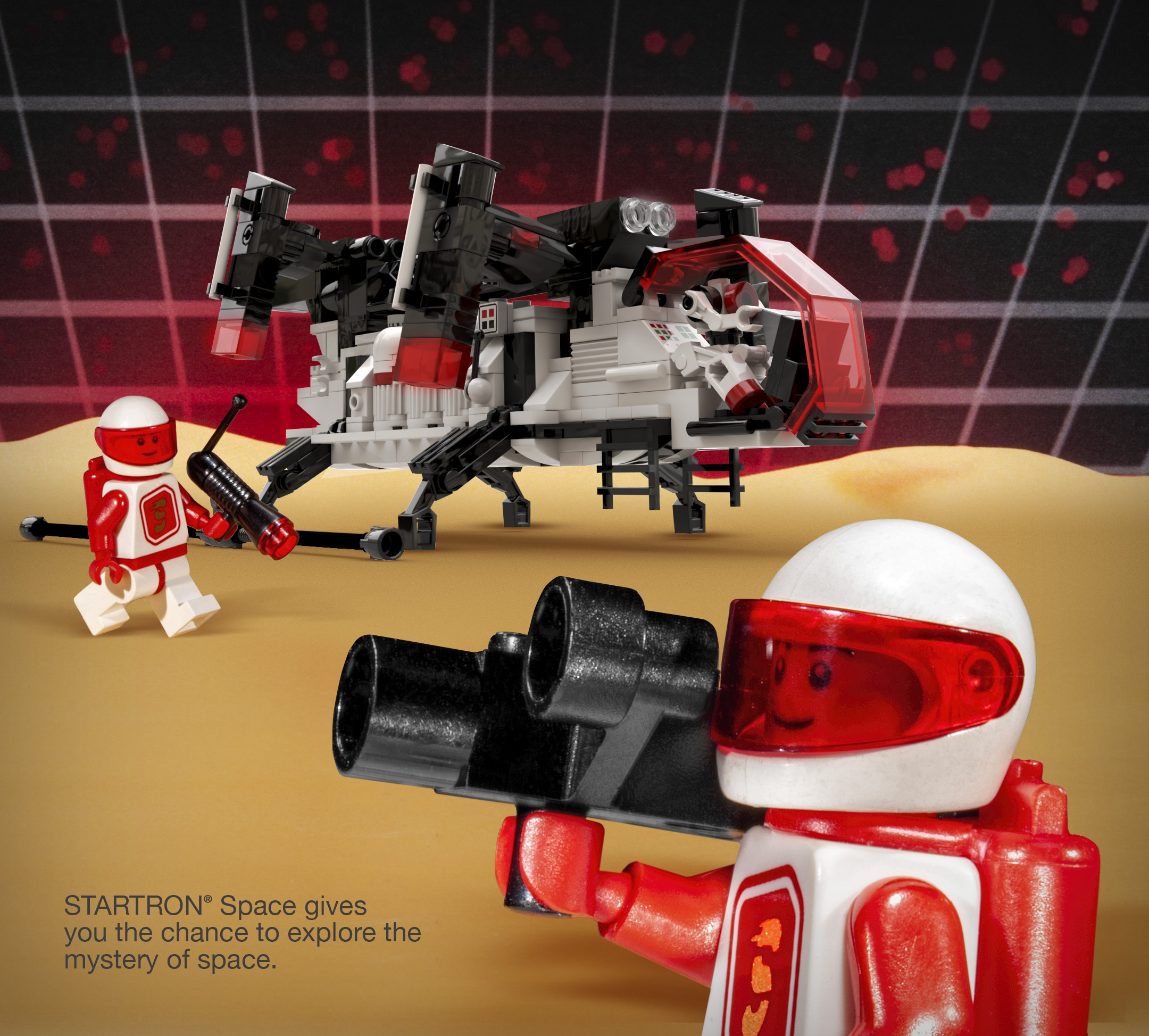 Apart from making MOCs, what other aspects of LEGO do you like, official sets, minifigures etc?

I really like LEGO ’Ideas’ kits. They’re interesting because these kits were inspired and approved by LEGO fans and MOC designers. One of my favorites from this product line is the classic ‘Pirates of barracuda bay’ (21322) as well as ‘Steamboat Willie’ (21317) designed by one of my compatriots Mate Szabo (@szabolego).

We would like to thank Miklos Voros for taking the time to chat with us. It has truly been a pleasure and I can’t wait to see what STARTER SETS does next!

If you’ve been inspired and would like to have your own slice of STARTRON then please feel free to download instructions for the STARTRON ST-01 Robot, courtesy of  @thegbrix and Rebrickable. 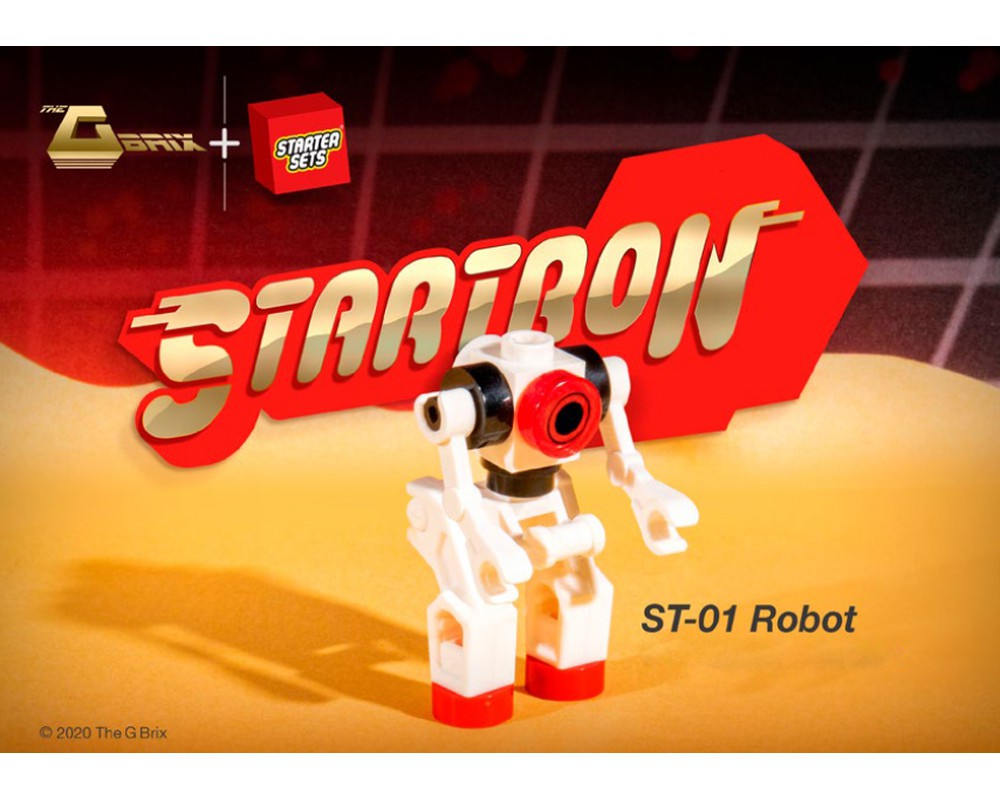 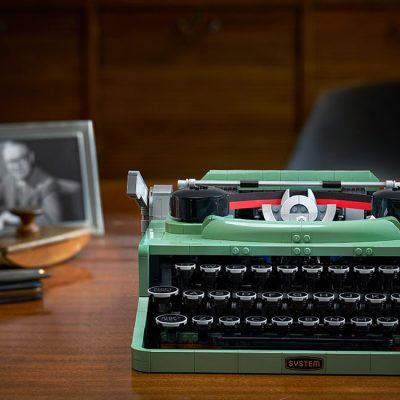 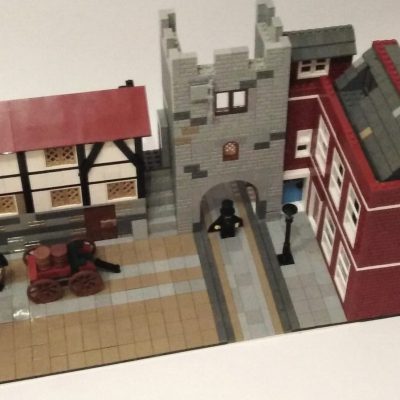