With the LEGO Ideas Winnie The Pooh VIP release imminent we thought it was very apt to chat to it’s original creator Ben Alder. We spoke to Ben roughly a Year ago just after he found out that his product idea had made it past review and was to be produced into a real LEGO set!

To read what Ben had to say when he found out the good news head over to our initial interview here.

We join Ben just over a Year later to see what he has gone through and the process it took to make his dream into a reality, the involvement he had, and perhaps the most important question of all – which character is his favourite!

The release for VIPs starts 18th March at midnight, but as always to avoid disappointment get online earlier as LEGO sometimes releases sets just before the stated time.

Please enjoy the interview and let us know your thoughts in the comments below. We’d also love to hear what you think of the set and if you intend to purchase it or manage to grab one once midnight hits!

Interview – A Year On:

Can you give us a basic idea of the whole process from being chosen in the review stage to announcing and launching a brand new LEGO Ideas set a Year later?

It’s all very exciting! First you get to meet all the designers that you will be working with. They discuss your original design, ideas you have and any features or parts you would really like to see in the final design. You then have regular meetings with the designers as their interpretation of your build comes to life. They give you the opportunity to discuss anything extra you would like to add or anything you are not happy with. We even met to discuss what the minifigures would be holding!

Once all the design decisions are made it goes quiet for a while until you get the most exciting meeting and the final design is unveiled to you!

Then it is a case of discussing the box, instructions and of course the release of the set.

Unfortunately it’s then a long wait (well it felt long) until it’s announced officially. Believe me it’s so hard not to talk to anyone about it!

How much involvement did you have in the final product?

A lot more that I ever expected. I was really lucky as the team at Lego Ideas really wanted to include me and were keen to hear what I thought about their ideas.

Having watched the recent designer video we see two references to you and your family, two initials under the Bees and your name inside a book, did you insist on these personal touches or was it a total surprise to you too and how do you feel about them?

I originally designed the set for my kids, they were my inspiration, so I wanted to make sure they were some how referenced within it. I discussed this with the design team and told them how both my kids love nature especially bees. At the next meeting they revealed their idea to have the trails from the bees creating a j and an e for Joshua and Elsie and I thought it was perfect. Josh is very excited because from the photos he has seen if you look closely it’s also on the box! My initials being on the book was a total surprise and it is a great honour that they added it.

In your original submission both Eeyore and Tigger were brick-built, do you like the way these new Minifigures, and their unique moulds, turned out?

Yes I love them. I knew when I made the original submission that the brick built figures would look better as proper minifigures, but under the rules of Lego Ideas you can only use pieces already available, you can change the colour, but there wasn’t anything suitable for Tigger and Eeyore. So I had always hoped if it got picked that new moulds would be made, but I never expected to get 5! The figures were actually one of the first things we discussed and it was decided to mould Eeyore in the sitting position to match my original submission.

As with previous LEGO Ideas releases the finished set looks similar but in many respects totally different to the original, are you happy with the changes that LEGO made to your submission? Also are there any aspects you aren’t entirely sure about?

I love the final model. They have taken my original idea to the next level! There are so many parts that have improved beyond my expectations, the different colour for the trunk, the new use of the coral piece and most importantly the stability. In my original design the top of the tree was unstable which made it difficult to play with especially by children. It was really important for me that the set looked good for display, as well as being able to play with it so the stability needed to be improved.

Once the lockdown eases and stores reopen here in the UK are there any plans for promotional signings?

At this stage unfortunately not but never say never.

When you first built the set were there any techniques or parts that really stood out to you as fun or interesting?

I haven’t had the chance to build it yet, but one bit that I am really looking forward to building is the top of the tree with the coral parts for the foliage. I think the bit that looks the most fun to me at the moment is the bee hives with the bees spinning around under them.

There have been many comments from fellow AFOLs regarding the inclusion of a Christopher Robin Minifigure, was there at any point a discussion about that with LEGO?

Out of the Minifigures included, Winnie the Pooh, Piglet, Rabbit, Tigger, and Eeyore, which one is your personal favourite and why?

Tigger is my favourite. He has always been my favourite character and I just love how he has turned out. The amount of detail in the print on him is amazing! Having said that I also love Eeyores new mould.

Given the chance would you do it again, with a future product idea?

Yes I would love to. It’s an amazing journey that I will never forget. It’s certainly made a dream come true!

What’s next for you in the World of LEGO?

At the moment I’m just enjoying the release of this set and looking forward to recreating some of our favourite Winnie the Pooh bedtime stories as a family with the Lego set that came from my idea! Hopefully in the not too distant future I will have another set up on the Ideas platform looking for votes as building with Lego brings me (and my family) such a lot of fun!

Thank you Ben for chatting with us here at The Brick Post, we truly appreciate it, well done on such an incredible LEGO Ideas set. We look forward to your project and will continue to support you anyway we can! 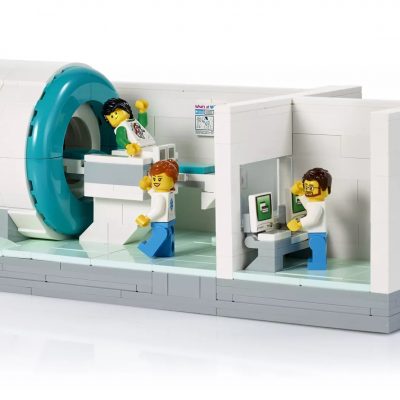 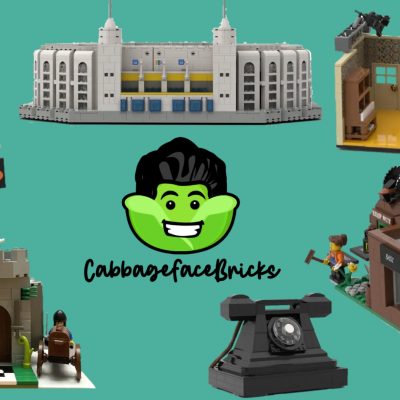