Whilst building this LEGO Ideas sets live over on our Instagram page, a viewer asked “What’s your favourite GWP set“, it was a question that surprisingly had me stumped and one I couldn’t really answer. It wasn’t until after the stream ended, and I sat down to snap a few photos for this review, that I realised it was this one – LEGO Ideas Sailboat Adventure (40487)!

I’ll run through what’s in the box, the build itself, and what I think of it below. As usual I’ll give it a rating out of 10 and a breakdown of each rateable section.

The Box and Contents:

As with most LEGO sets it’s the box that grabs your attention first, although the newer 18+ themed boxes are less desirable showing just the build on a darker background. 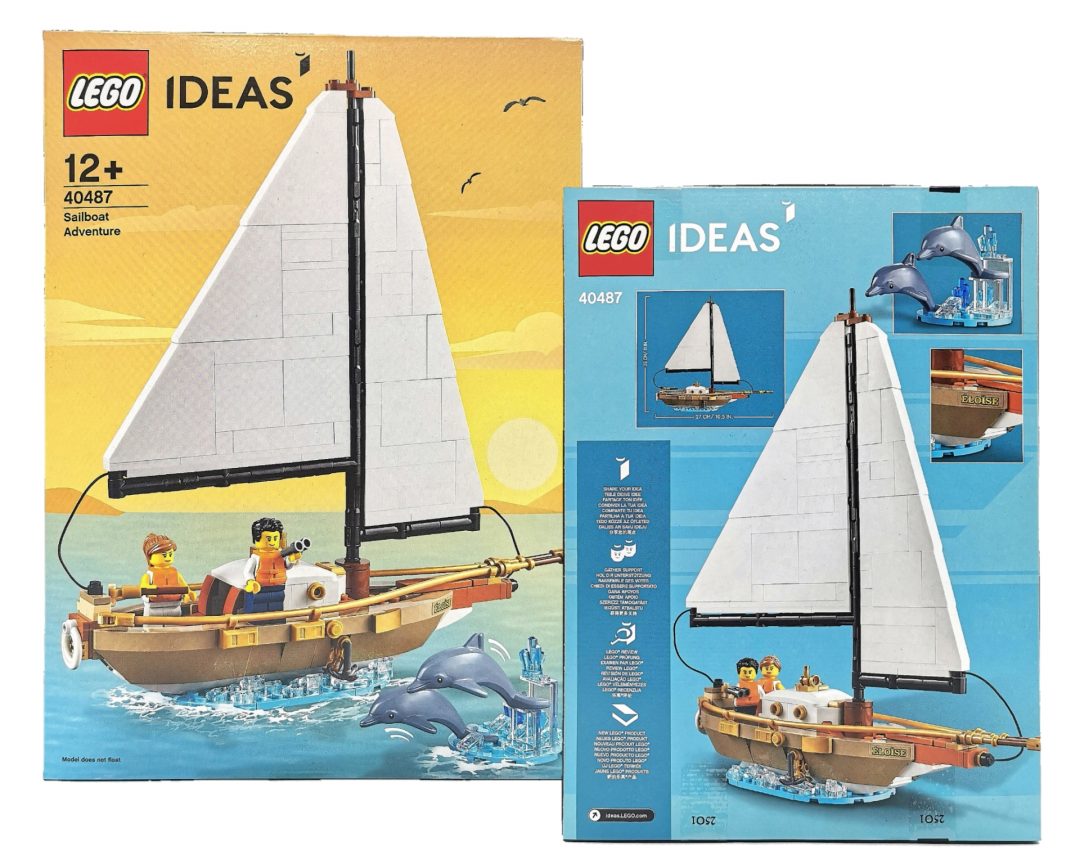 This set has to be one of the better designed and produced boxes as both front and back look equally as good and features a calming and pleasant Sunset scene.

Inside the box there is an instruction manual, two numbered bags but each number has three bags, a very small sticker sheet, and two gold bendy rods. 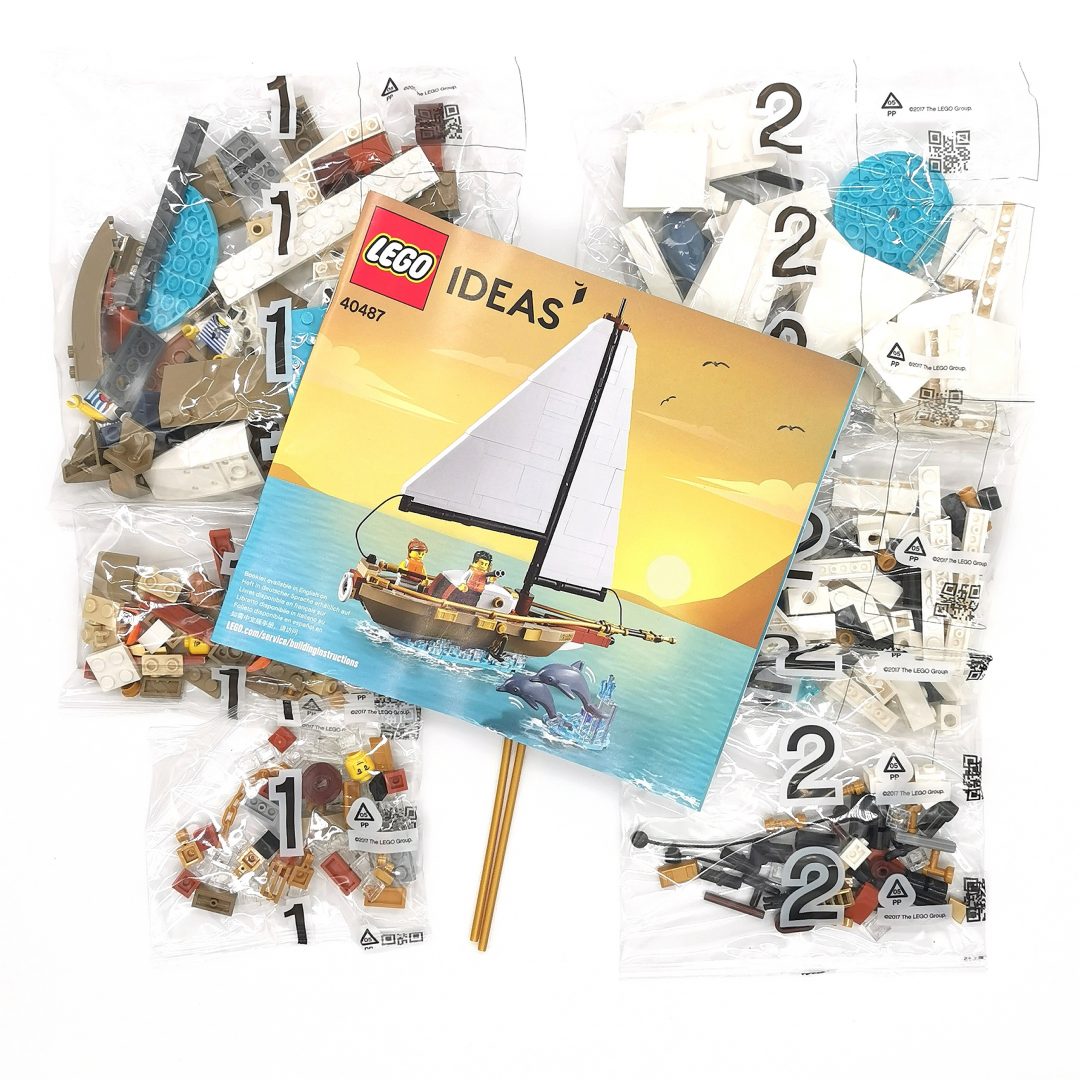 The manual has a double page spread on the fan that originally designed and created the Sailboat model, LEGO Instagrammer and photographer @yc_solo aka Yan Chevalier. It explores his LEGO Ideas contest submission and the story behind it in quite an enjoyable read.

As I mentioned earlier, building this live on Instagram I couldn’t really appreciate the build as much as I’d like, it wasn’t until I sat down afterwards and took the photos for this review that I really saw the set for what it is, an aesthetically pleasing and beautiful model! 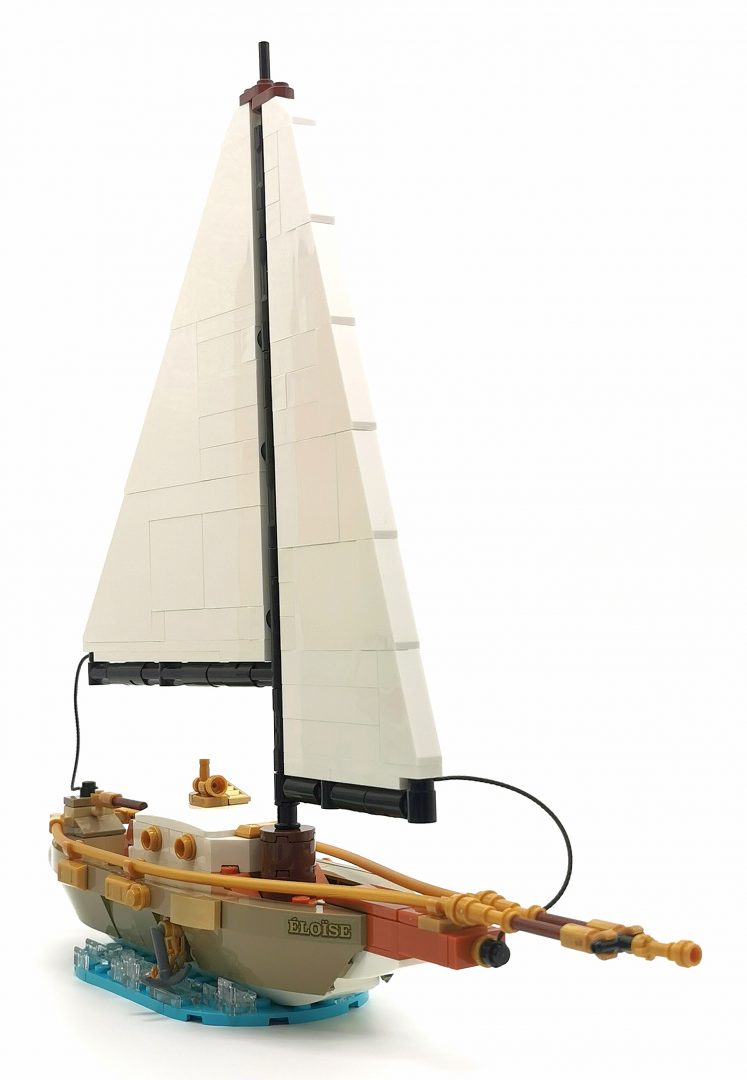 The parts you get are so varied and make most sets weep, from the multiple SNOT (studs not on top) elements to the uniquely curved bits that make up the Hull, there is so much on offer in a relatively small set.

Bag one has us build the small ‘ocean’ base, the Hull of the boat, and the decoration on it. As you start building the Hull, it seems a little odd and doesn’t look quite right, this is due to the small gaps left by the wood-effect tiles and bare studs. Once the sides of the boat are applied this all disappears and out of sight, making the Hull look as it should. 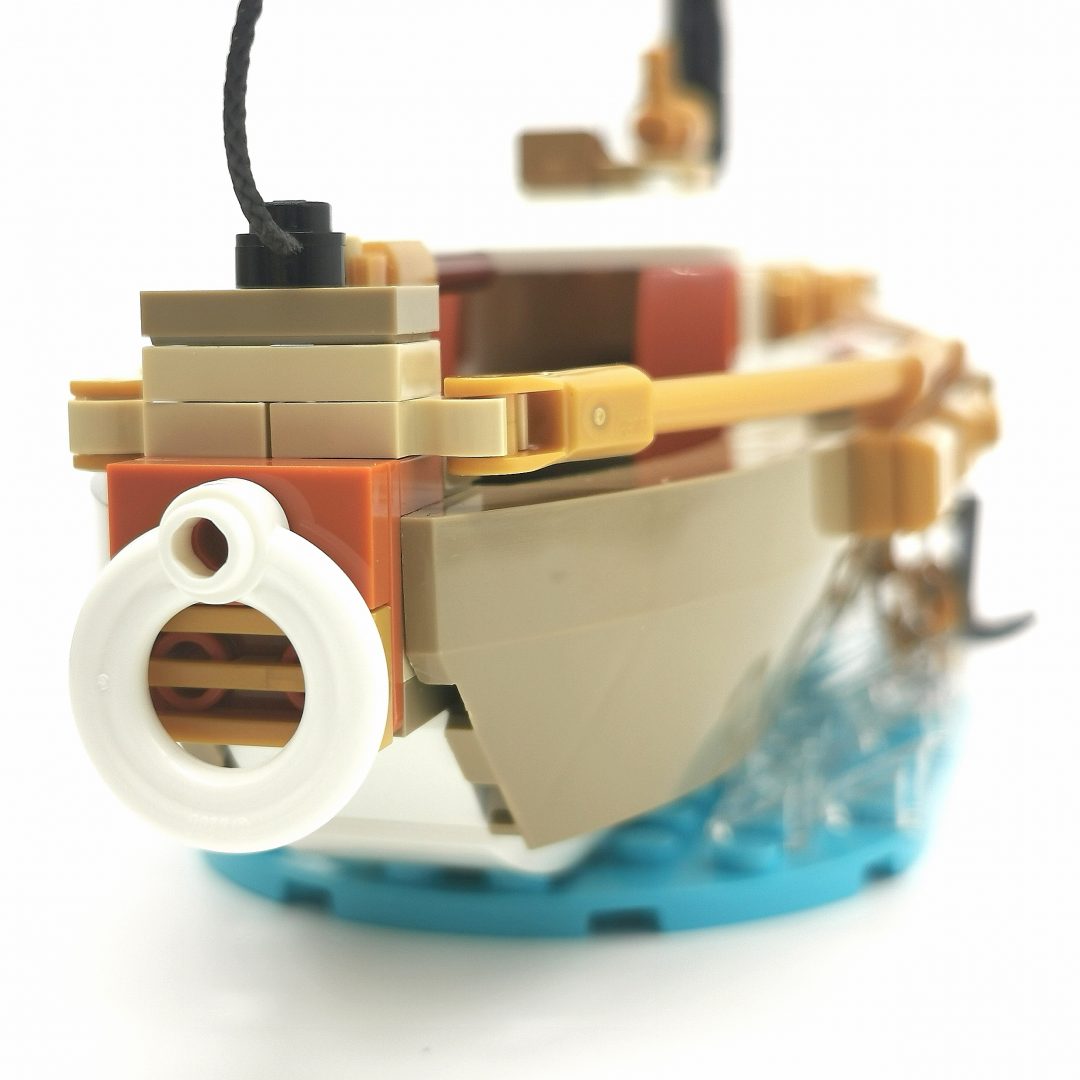 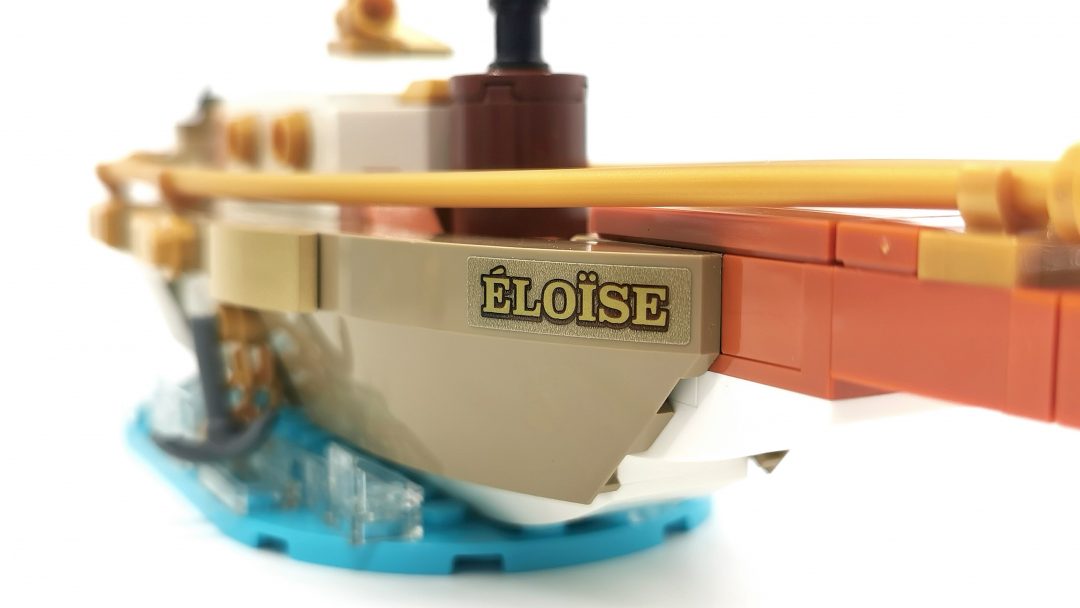 We also apply the two stickers here also, are the bow of the Sailboat. The sticker reads ‘Éloïse‘ which is in fact the creator’s Daughters name!

The part in particular I like about this are the two gold coloured rods that run along both sides of the boat, they are held reasonably well and attached by several 1×1 clips. I think it’s the curve of each bar that really sets the build off and gives it that elegant look.

Bag two sees the addition of the small but considerably spacious cabin area, I’ll be honest and say I wasn’t expecting it to be open or removable.

Remove the white canopy and you’ll find what resembles a seating area complete with a table. Also notice the port-holes on either side, now that is good part usage! 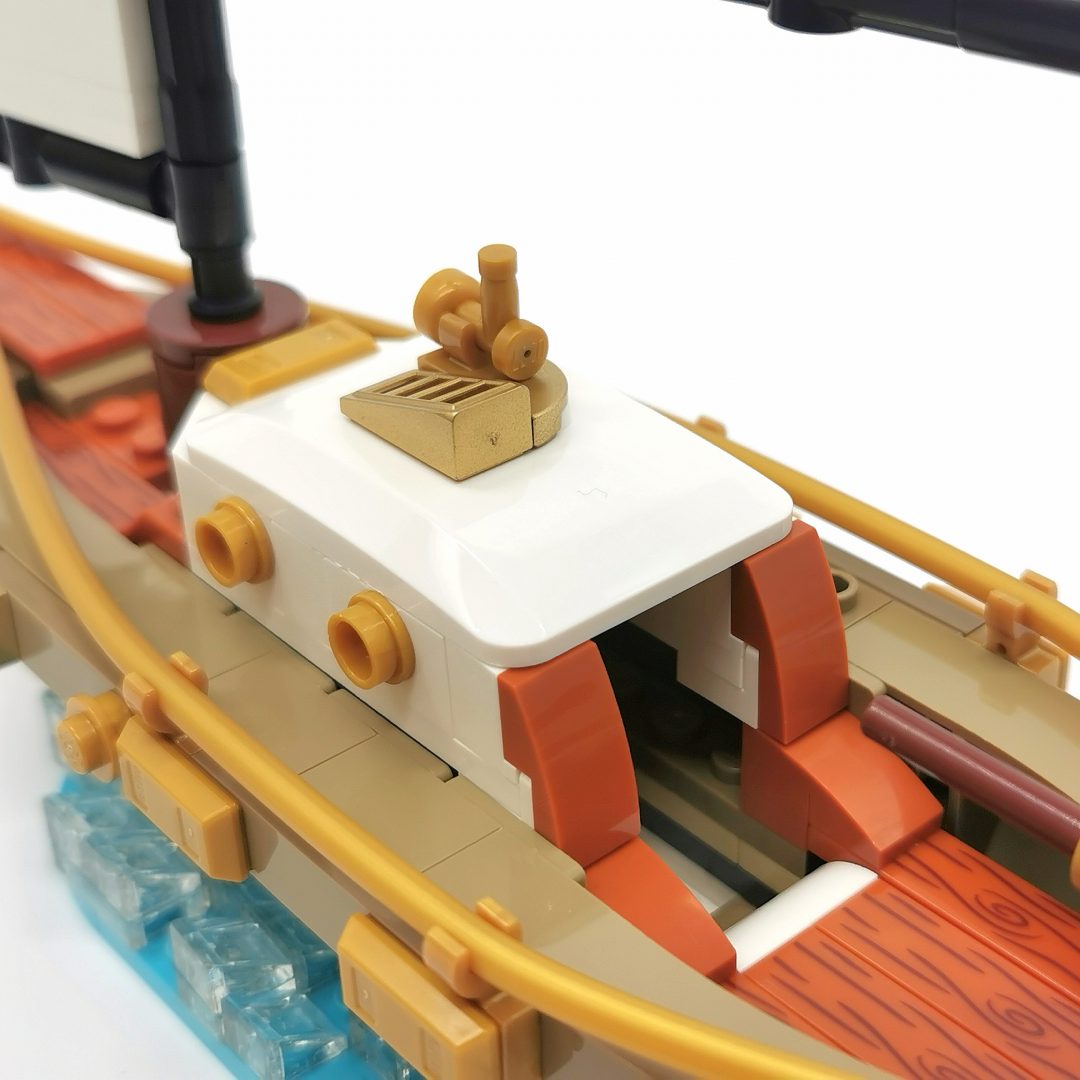 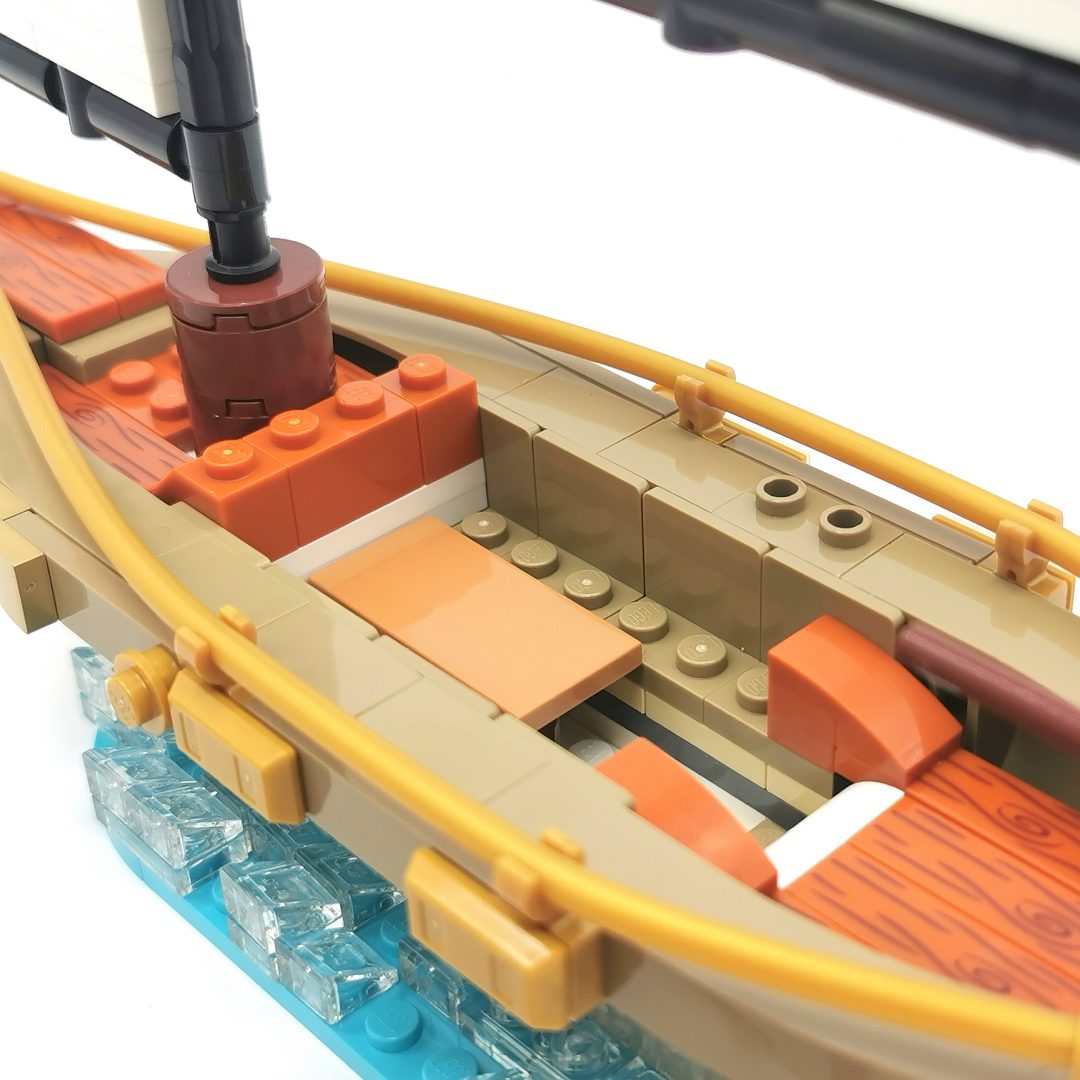 Bag two also makes the sail, which is entirely brick-built and comes with a plethora of white bricks, including giant slopes!

The whole is a whopping 19 bricks high and hinged to either side of the mast, which allows it to move freely in the wind. The overall shape is very pleasing to the eye also along with the mast and ropes.

The construction of it is, at times, quite confusing as you start off with mast and the many Technic elements such as bars connectors, and tubes. Fitting the sail section by section as you move up the mast is somewhat enjoyable, trying to figure out which side they go and what slides where and connects to what. 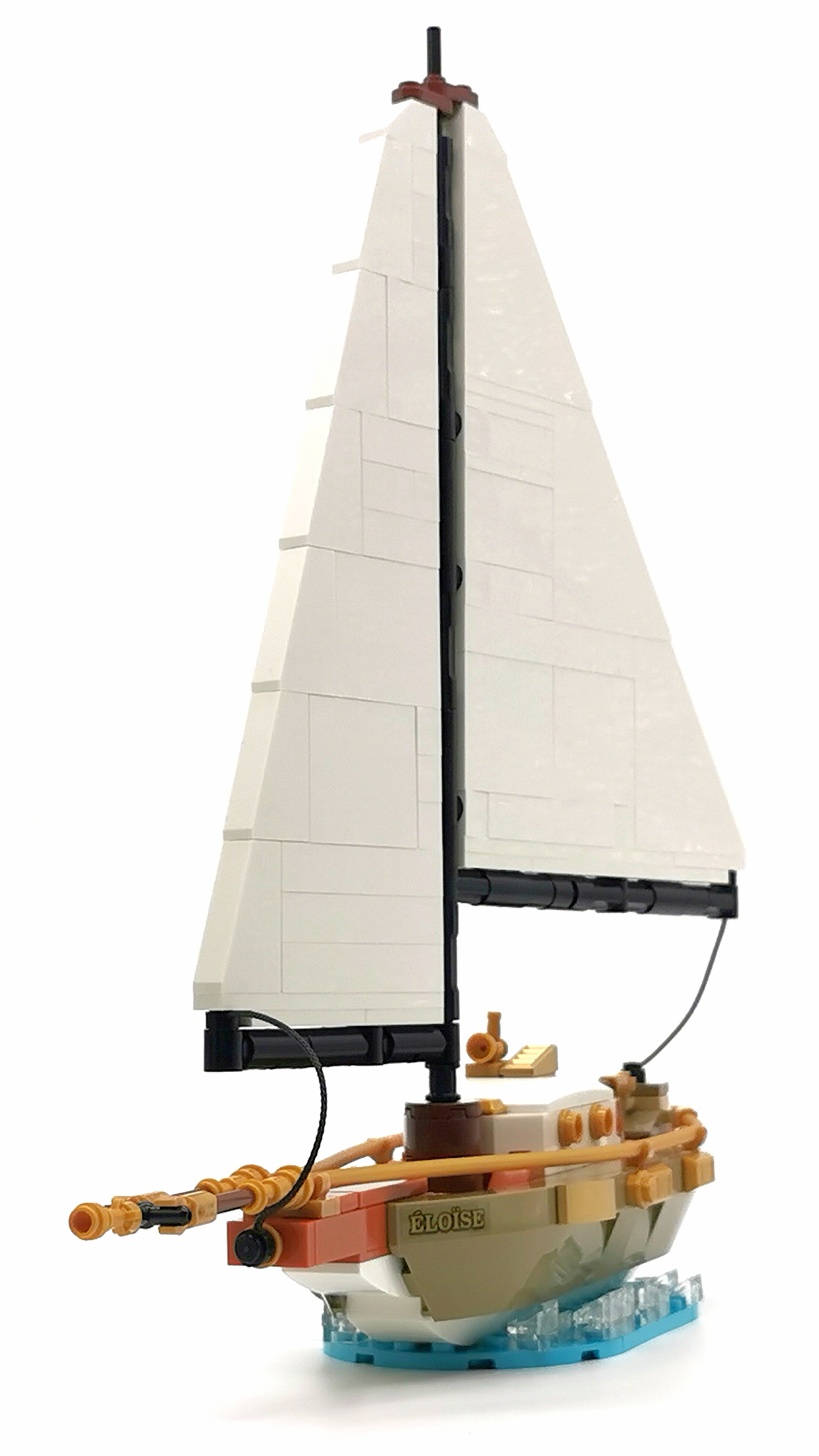 LEGO could have included fabric sails but I personally don’t think they would have the same impact as these brick-built ones. The last couple of LEGO Ships have indeed been brick-built (3in1 Pirate Ship).

Also included is a small side build that represents two Dolphins jumping out of the water alongside the Sailboat. The parts used here are simple with a handful of clear cheese slopes, two larger crear bricks/windows, and crystals.

Sadly the Dolphin figures aren’t or unique to this set but they’re always a joy to have and they make for great additions to any scene or MOC. 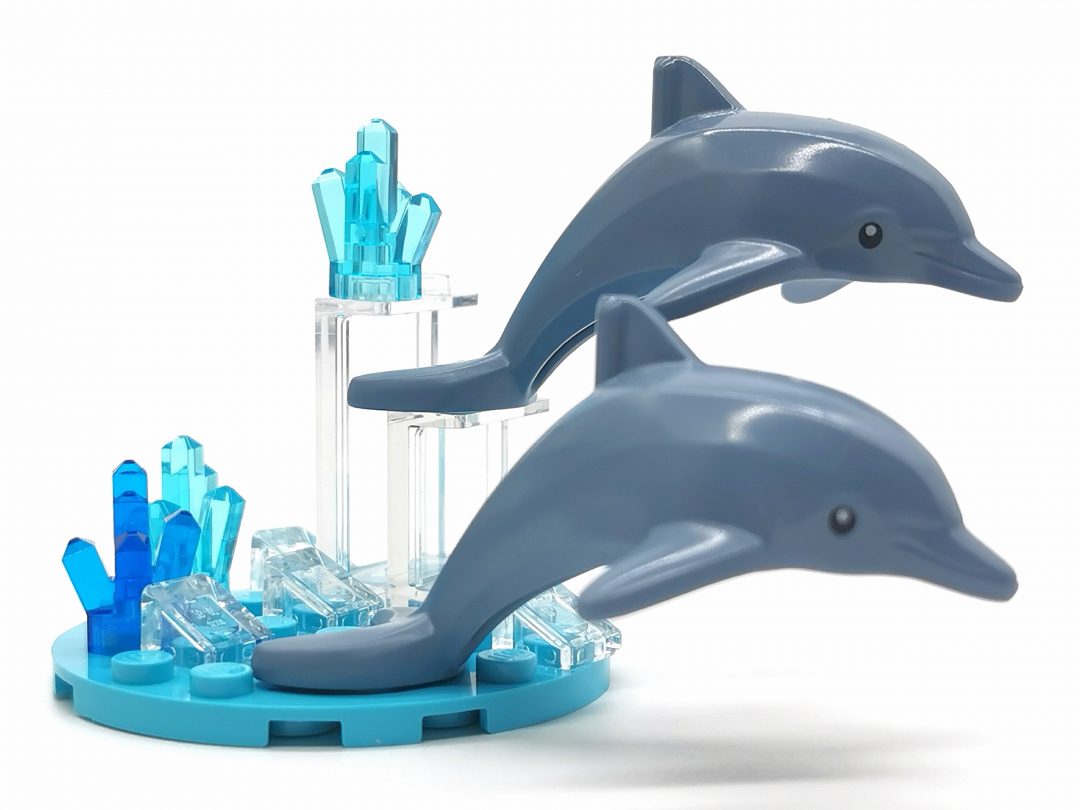 I usually start off by saying that the ‘Minifigures make the set‘, but I’ll go against the grain with this one and say the opposite. Don’t get me wrong the Minifigures are amazing, with their sailor style outfits and life jacket accessories, it’s just that the Sailboat build is so well done it deserves to take centre-stage. 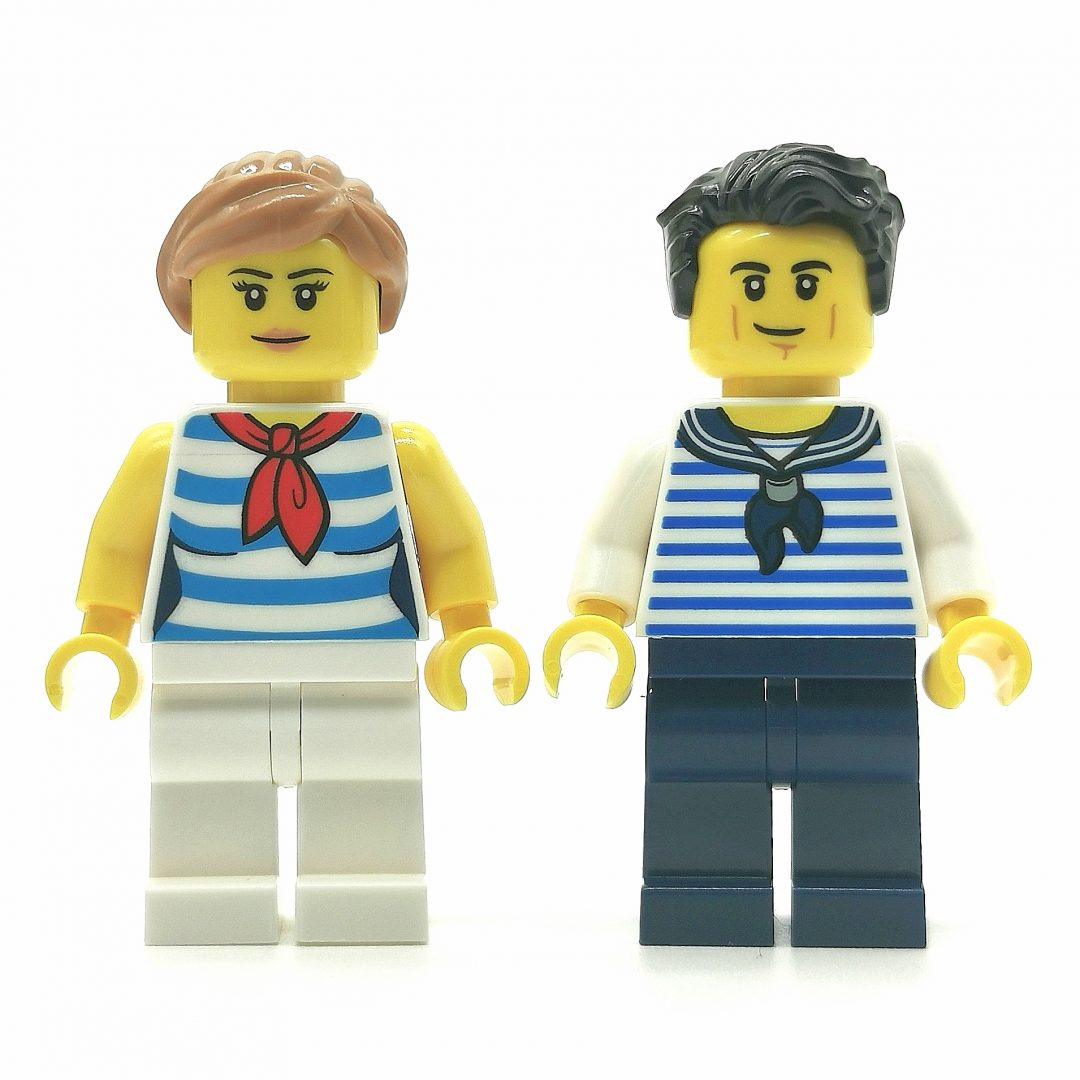 Both Minifigures match the set well and definitely look the part, but apart from the torsos there isn’t anything particularly unique about them. We have seen the female torso multiple times most notably in the LEGO Downtown Diner (10260) set.

The male torso is where we see the first set exclusive part, after a quick BrickOwl search as to what sets this particular bit comes in it only shows the LEGO Ideas Sailboat Adventure (40487)!

As usual all the designs and prints are done to the high LEGO standard we know and love. I especially like the torsos as they’re great for MOCs and other scenes. 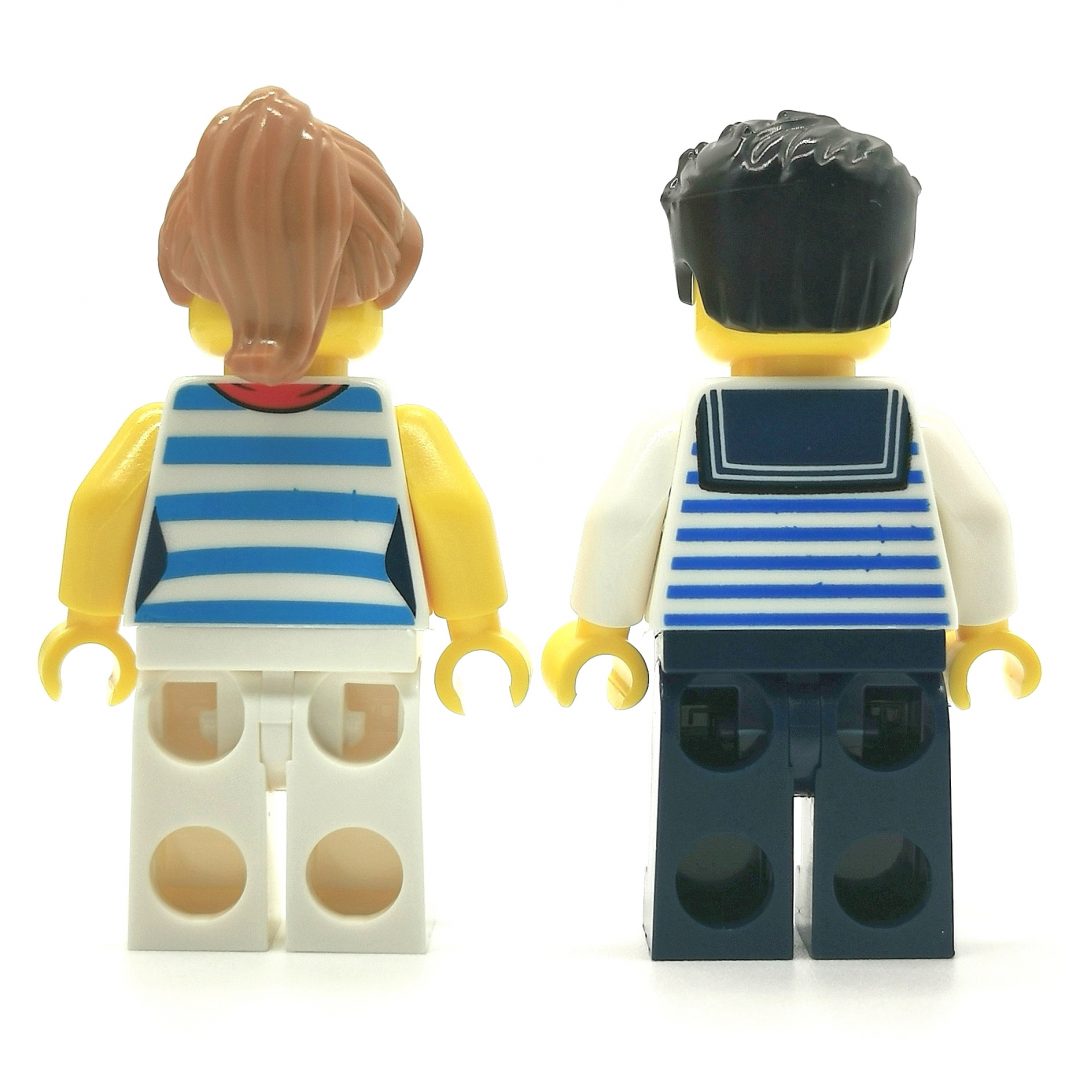 In short the LEGO Ideas Sailboat Adventure (40487) is beautiful and looking back at it now I see why others went for the GWP promotion and forked out the £200 needed.

As GWPs go it is certainly up there with the best of them, and one of my personal favourites.

The Build was enjoyable and straightforward, there weren’t many new techniques taught here but not every set has to be super innovative. The brick-built sail fulfils that on its own.

Both Minifigures are good although apart from the male torso nothing is exclusive to the set.

This will sit proudly amongst any LEGO fans display and sure to be centre of attention and many conversation starters.

Thank you for joining us and reading our review, we really do appreciate your time. Please feel free to leave us a comment below of what you thought about it and the set in question. 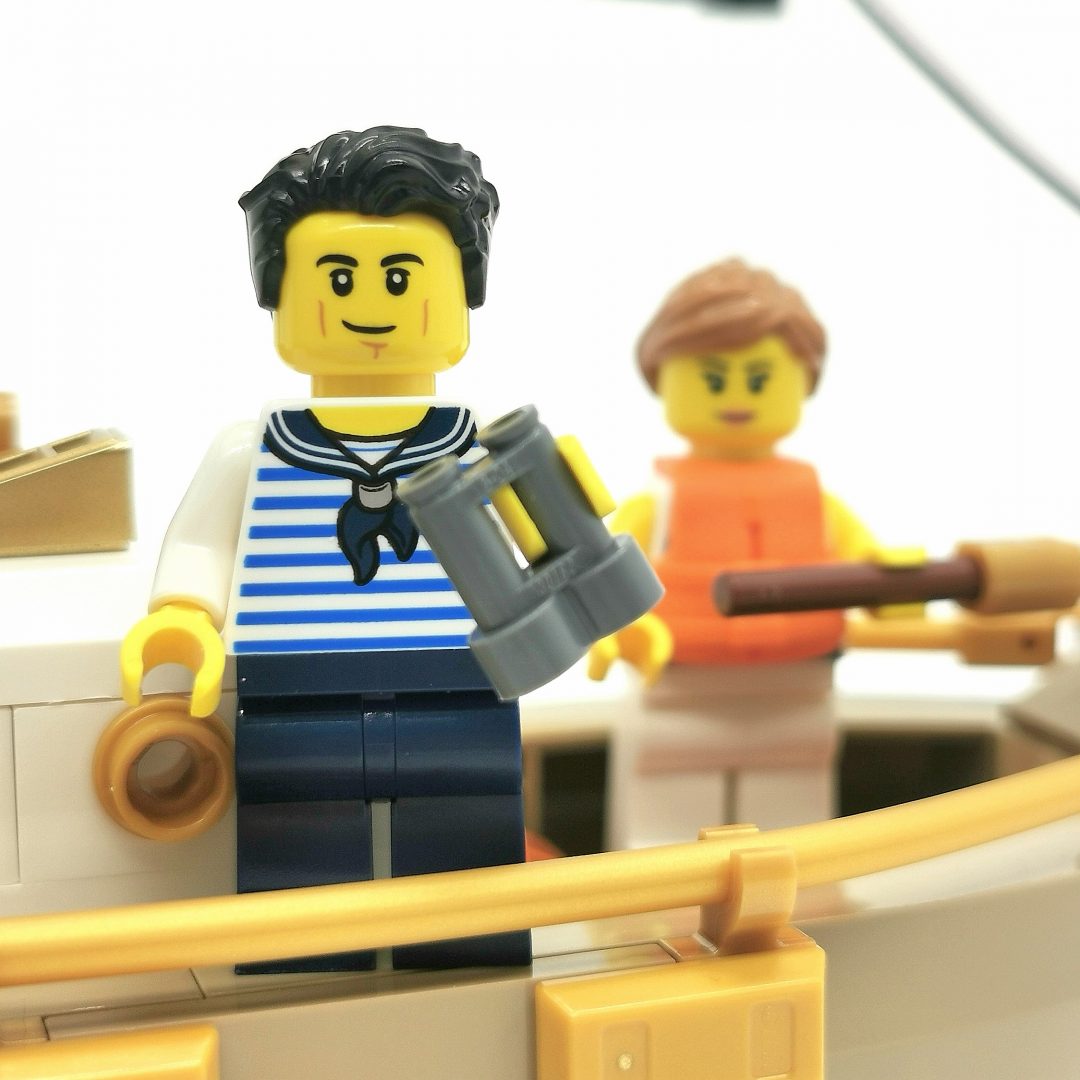 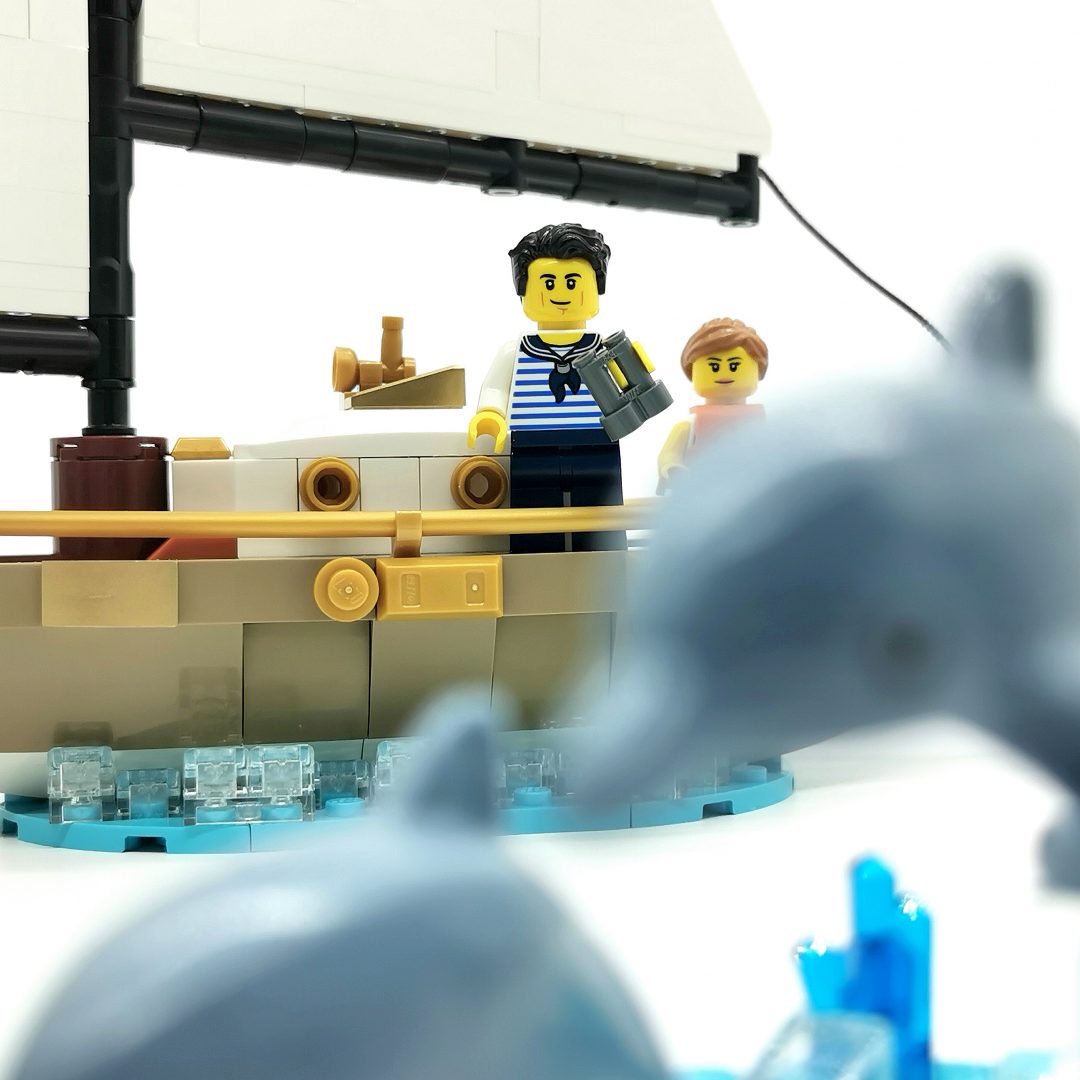 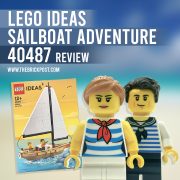 LEGO Moving to Paper Packaging in 2022! 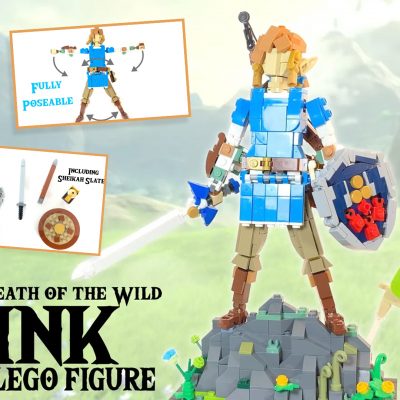 LEGO Ideas Feature: The Legend of Zelda: Breath of the Wind – Link 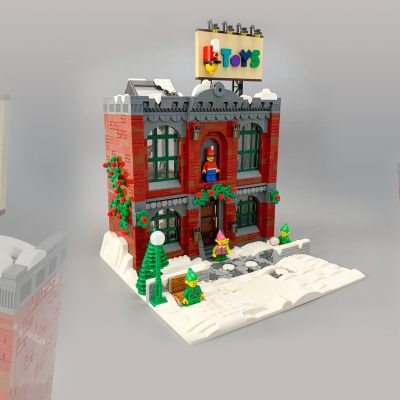