The LEGO Batman series of magazines have proven popular time and time again as not only do  they have great content but more often than not cracking ‘freebies’.

As regular readers know I’m a sucker for LEGO Minifigures and when they’re packaged ‘free’ with something else and just a tad exclusive it’s even better!

This issue of LEGO Batman Superhero Legends comes with the Boy Wonder himself, Robin, along with a ‘sick’ surfboard build!

It make a nice change to receive a Minifigure which isn’t Batman, as I’m yet to find anyone who doesn’t have a ton of Batman Minifigures. 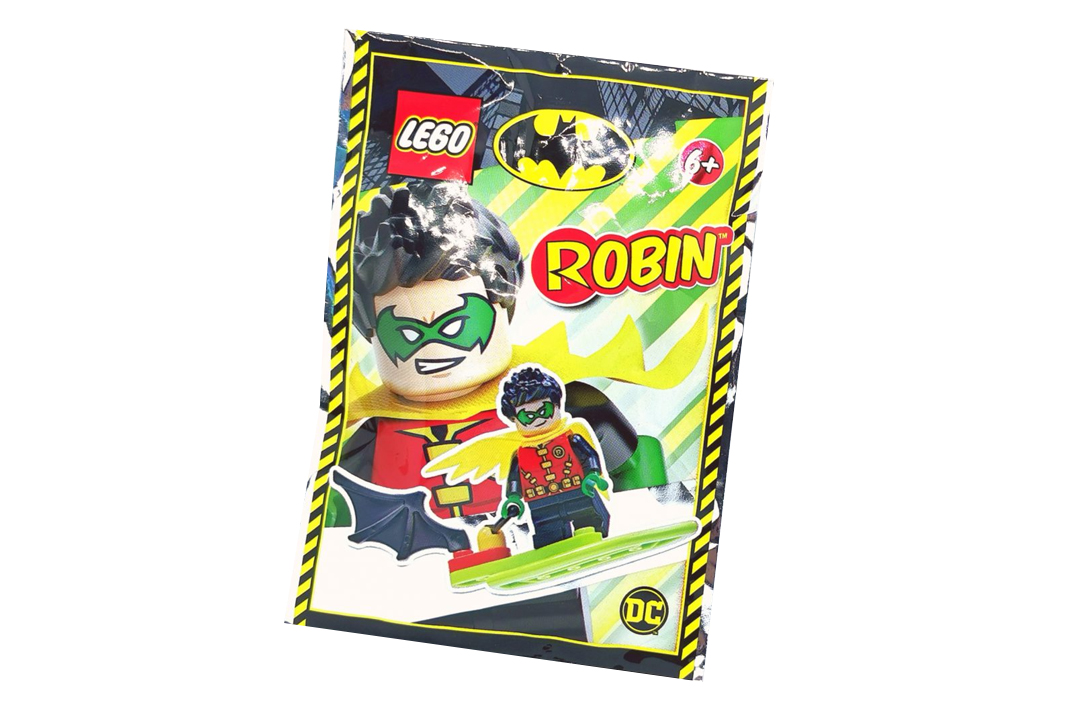 Robin features his trademark outfit from a more recent era, not the classic TV Show tights and pants over the top. With his red & yellow top and black trousers and yellow crimped cape.

The really cool thing about this particular Robin Minifigure are the parts they’ve used to create him, he has the variant of posable short legs, in black, and a fabric Cape, which as we all know is the best material for LEGO capes! 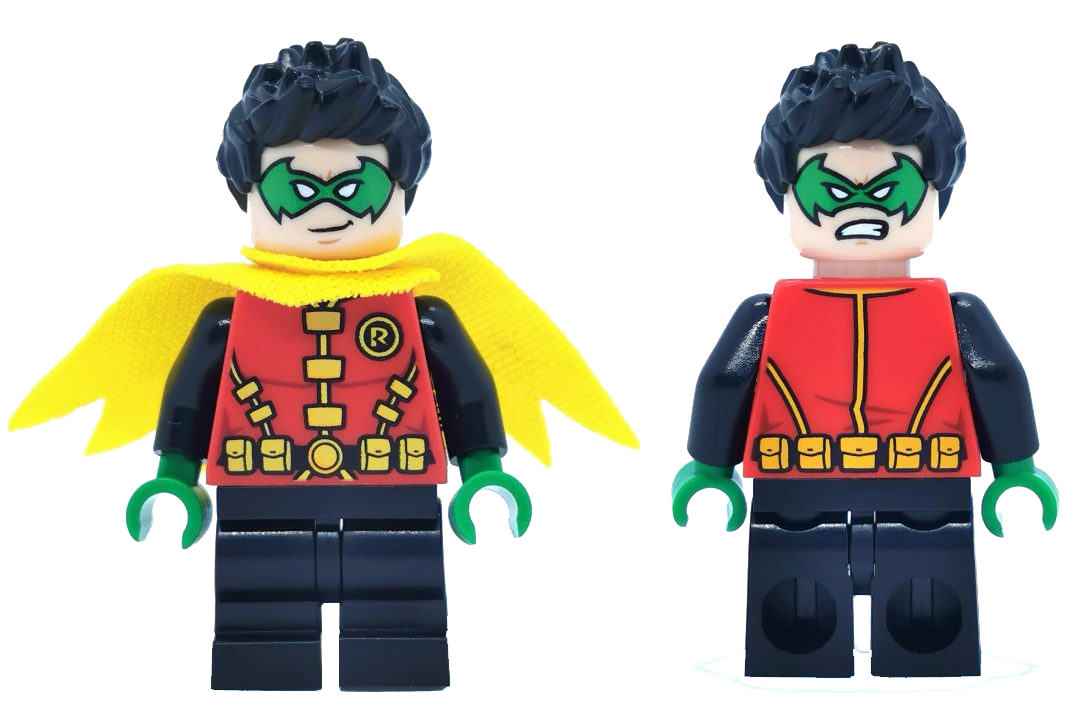 I take great pleasure in collecting Minifigures and looking their individual designs and prints and Robin here is a prime example of how to do it right. The amount of detail is just right from his many pockets/bags and utility belt to the R logo and his chest shadowing. 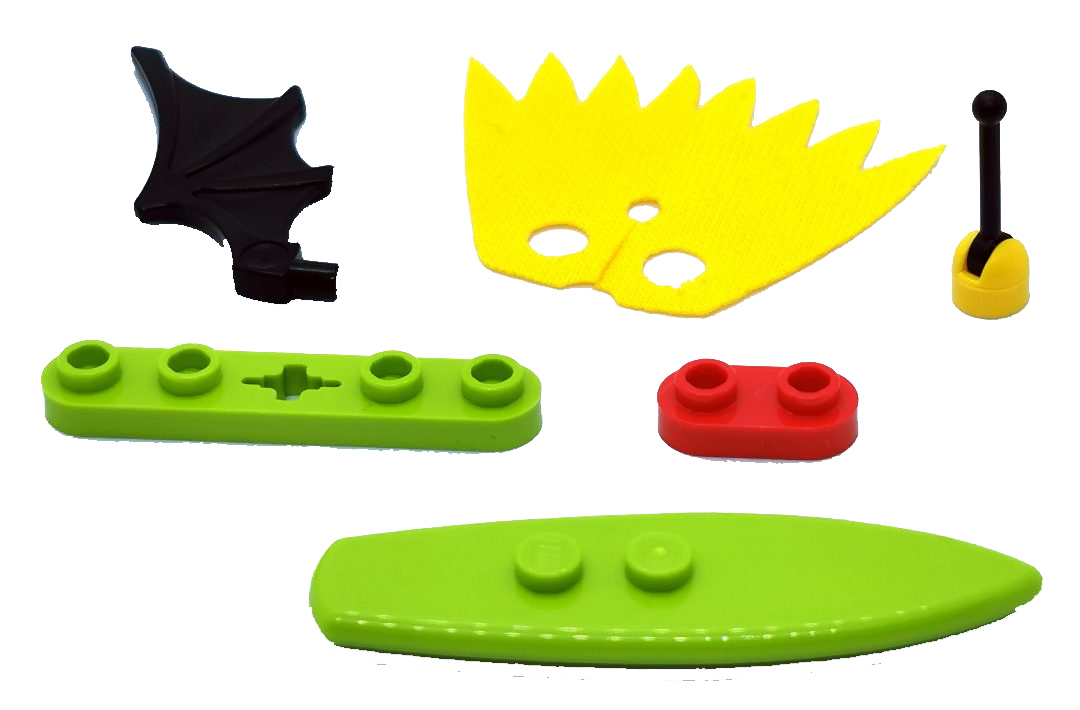 Onto the Magazine now and what a crazing one it is this month, with a plethora of puzzles and activities and a fantastic comic strip featuring none other than The Penguin himself!

I must admit that it’s only recently that I’ve been reading the comic stories within the many iterations of LEGO magazine and yes I must say the quality of story and art work is astounding. My young Son likes them as stories before bed and asks constantly when the next one will be out.

This issues storyline features The Penguin and his dastardly plan to cut off Gotham City’s water supply and cause havok. It starts off with Batman & Robin mid-workout and Batman showing off many a back flip both boasting and making Robin feel inadequate, this in turn provokes Robin to try and prove himself when up against The Penguin – this is where Robin’s souped-up Surfboard comes into play. I won’t give anyway the ending as it’s a good one! 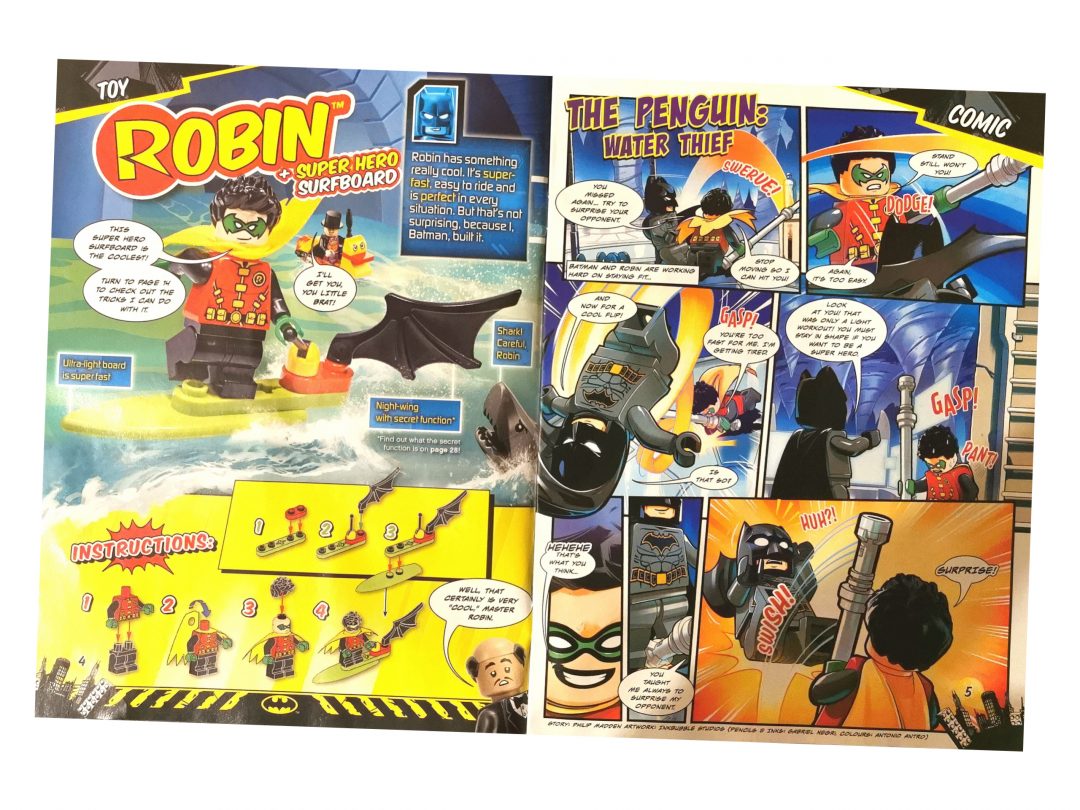 The other reason to grab this and other LEGO magazines is for the puzzles, they’re usually so well done and great fun too.

There is a double page spread game featuring Superman and Lex Luthor. The rules are simple, Superman must chase and stop Lex Luthor before he reaches the end and a whole lot of Kyptonite! 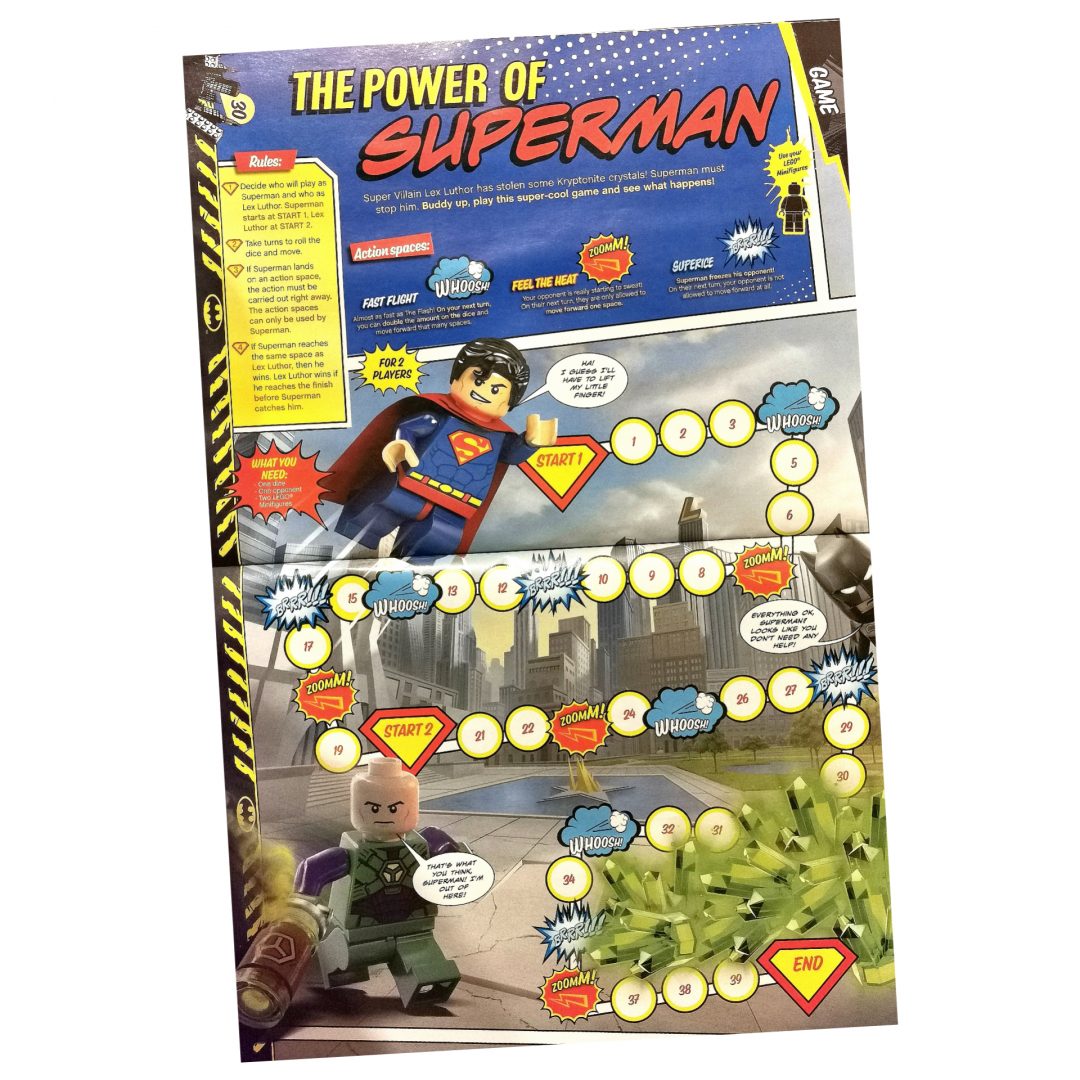 The game features ‘action spots’ that Superman has to preform as soon as he lands on them. These are ‘Whoosh’, ‘Zoomm’, and ‘Brrr’, allowing Superman to either double the amount of spaces he moves, limits Lux Luthor’s next turn or stop him in his tracks complete and block him. Give the game a go with your child using your own Minifigures and see who wins. 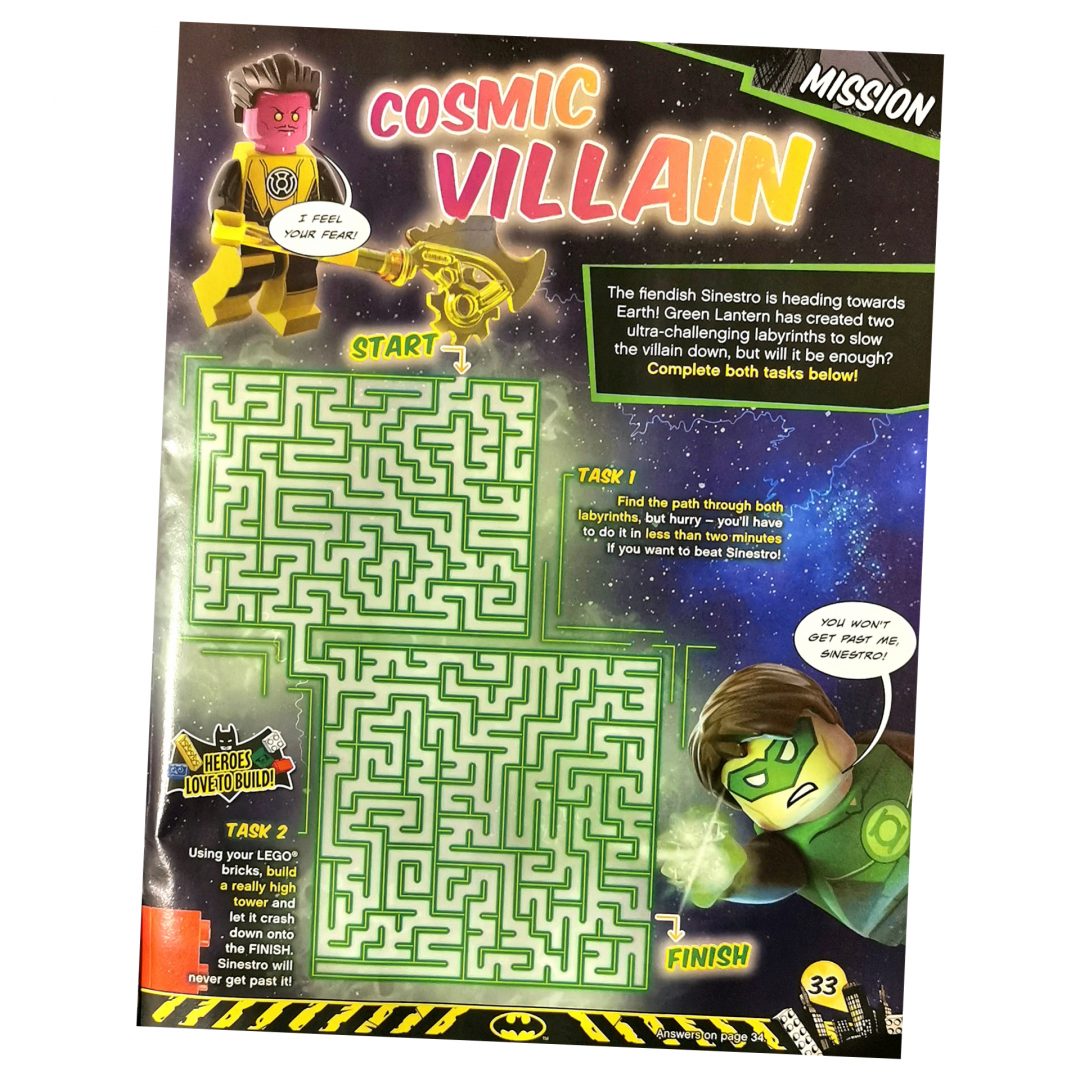 A Maze isn’t the hardest of things to create but LEGO always do a marvellous job, making them fun and interactive. The one in this issue sees the Green Lantern trying to slow and stop Sinestro before he makes it to Earth. Not only is it challenging you have all but two minutes to complete it! 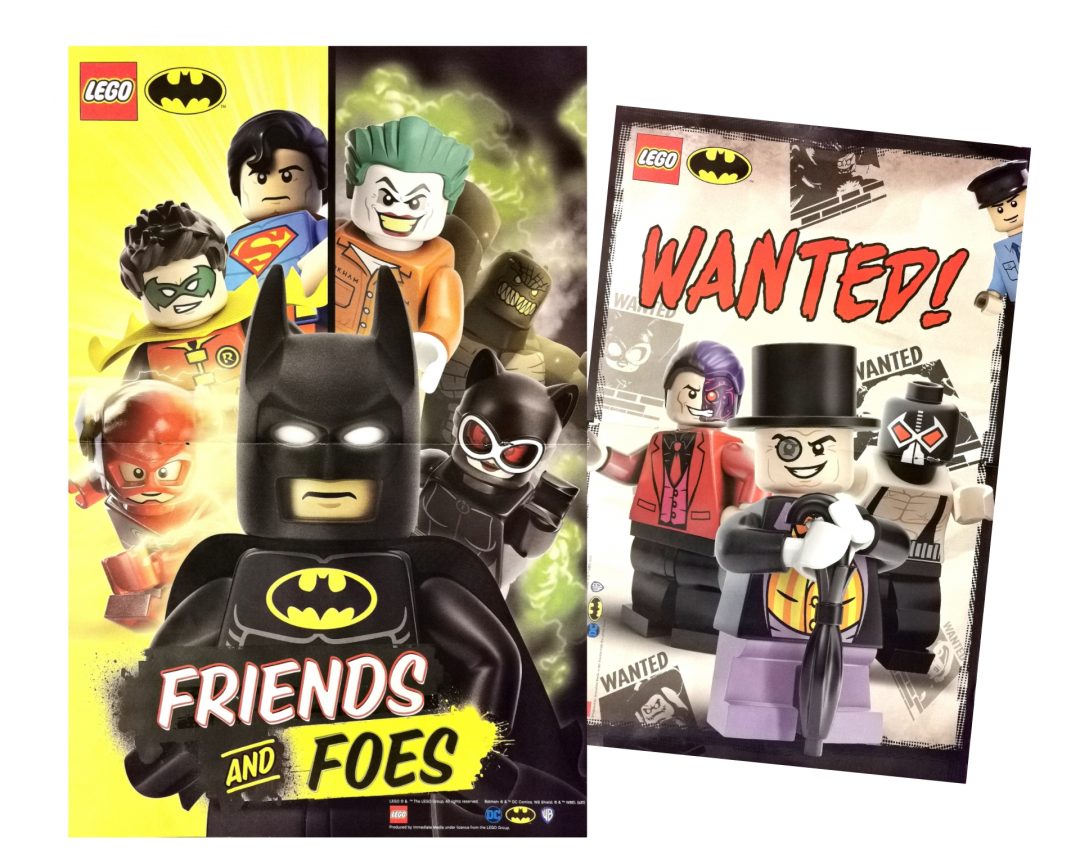 There’s one other thing I keep from every issue I purchase and that’s the double sided poster. Be it from LEGO City, Marvel, Ninjago, Batman, and sometimes the centrefold from LEGO Explorer, they’re always great artwork and well worth keeping for your child’s room or your LEGO den, you can grab an affordable readymade frame and when the feeling takes you switch out the poster for a new vibe in that room. 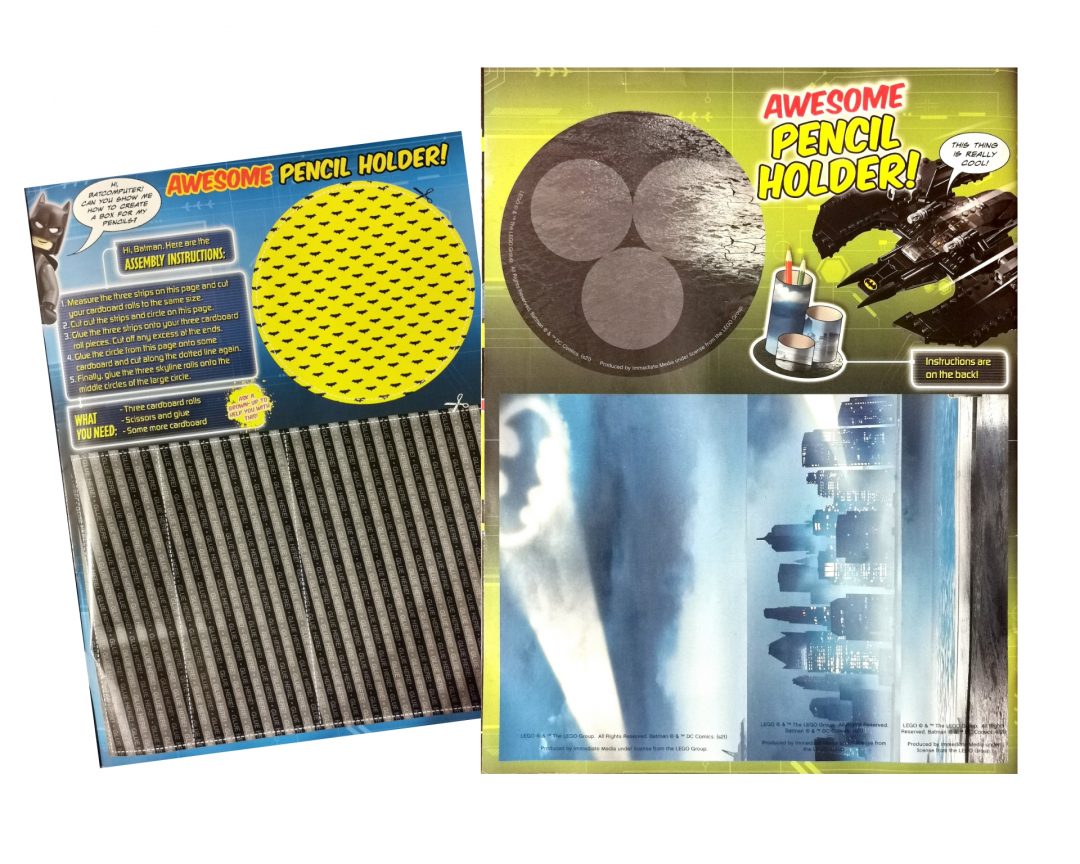 If you’re looking for something crafty then look no further, it seems to be a growing trend to offer something to cutout in the back page. This issue has a nifty pencil pot to keep all your stationery sorted, and with a Batman theme you’d be the envy of your friends or office chums!

Next issues freebie looks to continue the tread of awesome Minifigures with BatGirl and an ultimate grappling hook launcher! 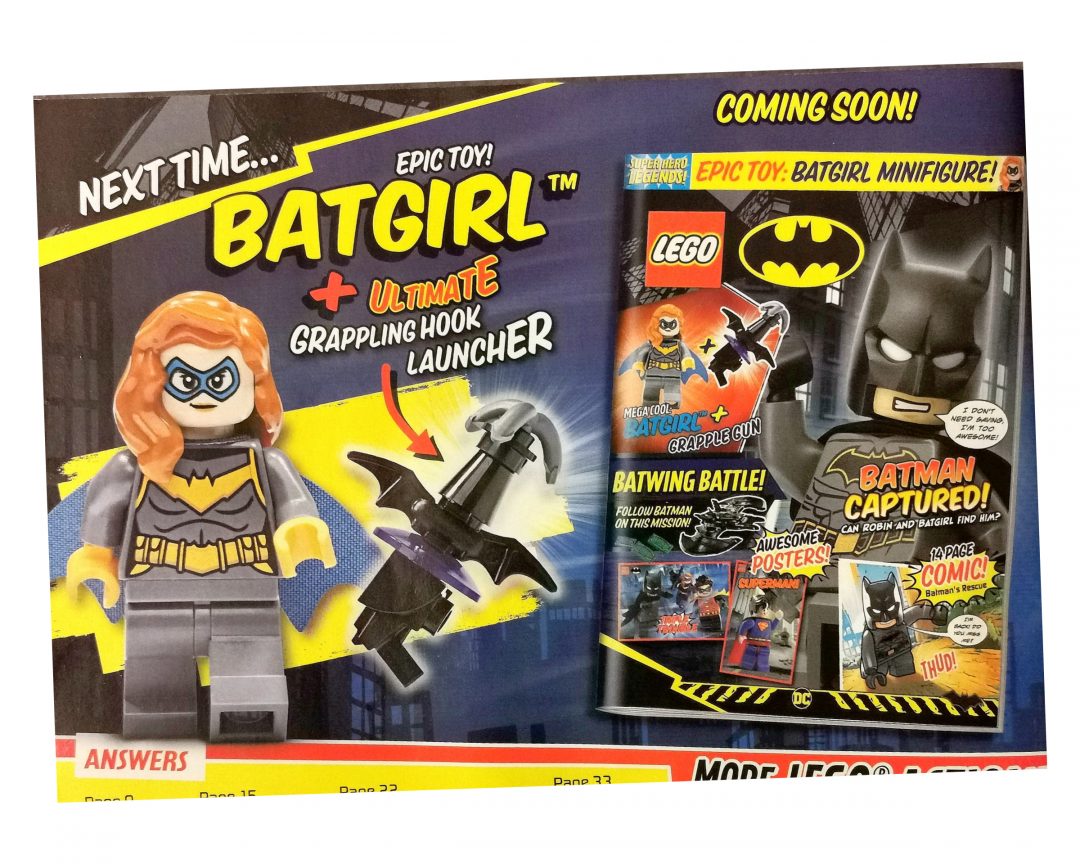 Overall another good addition to the LEGO magazine lineup, that not only has plenty of puzzles and activities but also an awesome Robin Minifigure!

The comic strip is fun and engaging, with The Penguin trying to flood Gotham City. It teaches children to never give up and not to judge others.

The Minifigure is stunning and will be a fantastic addition to anyone’s collection, young or old. Sporting a more modern outfit, the colours really standout and aren’t wishy-washy in anyway which often happens when printing on darker colours. It’s also great to get the newer shorter poseable legs!

All-in-all we highly recommend picking up a copy or if you’re a big Batman fan subscribing to it and getting it direct to your door.

Thank you for taking the time to read this review, we truly hope you enjoyed it. Please leave any comments you have below and why not give this article a reaction rating, using our custom head emots. 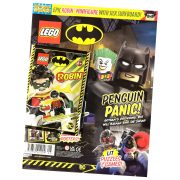 Overall another good addition to the LEGO magazine lineup, that not only has plenty of puzzles and activities but also an awesome Robin Minifigure! The comic strip is fun and engaging, with The Penguin trying to flood Gotham City. It teaches children to never give up and not to judge others. The Minifigure is stunning and will be a fantastic addition to anyone's collection, young or old. Sporting a more modern outfit, the colours really standout and aren't wishy-washy in anyway which often happens when printing on darker colours. It's also great to get the newer shorter poseable legs! All-in-all we highly recommend picking up a copy or if you're a big Batman fan subscribing to it and getting it direct to your door. 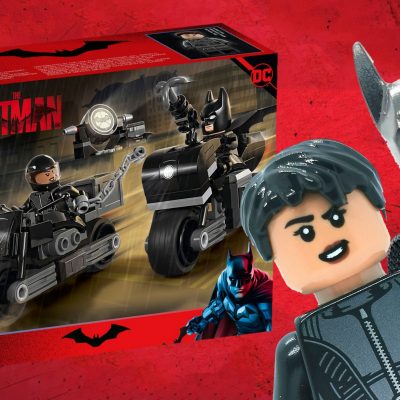 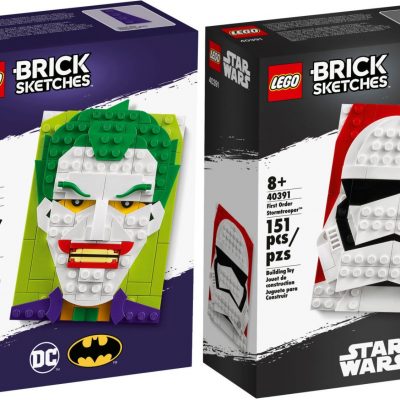