A few days ago a teaser dropped focusing on the Medieval theme and the potential resurrection of the Castles and Kingdoms line. Today LEGO Ideas have unveiled their lastest set, LEGO Ideas Medieval Blacksmith (21325)! 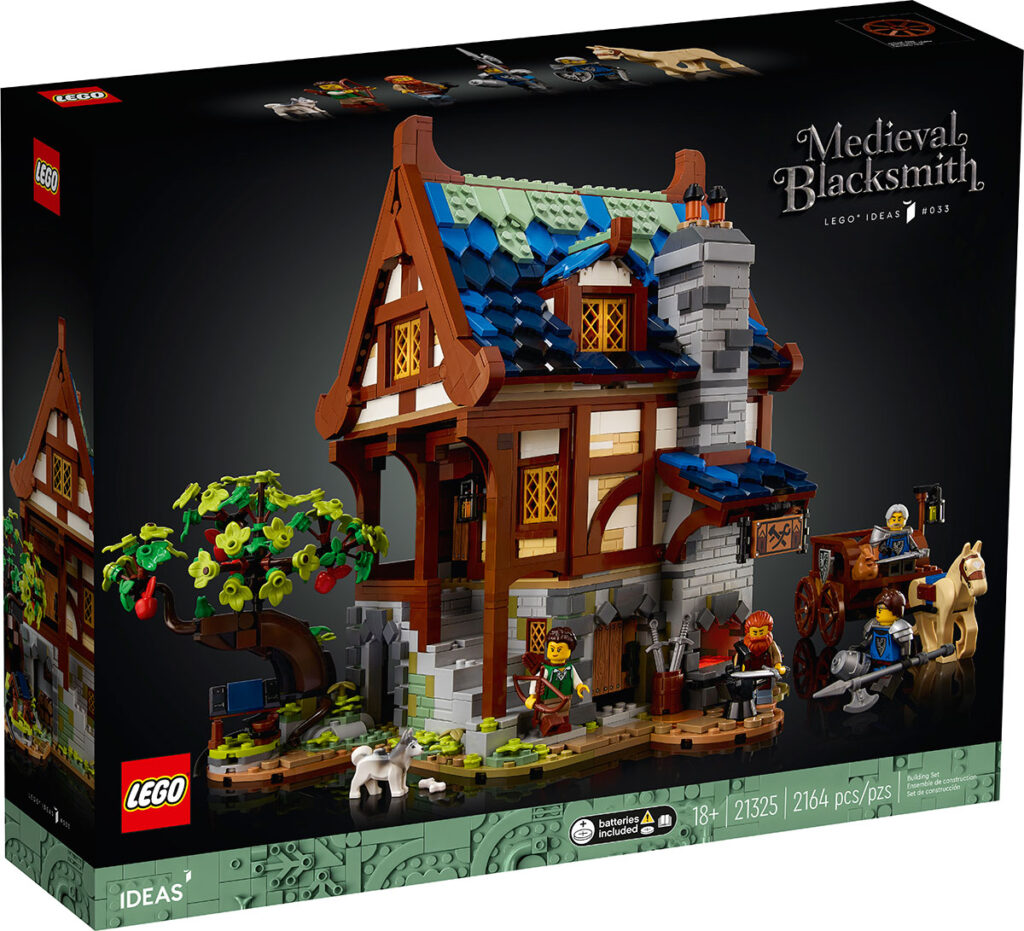 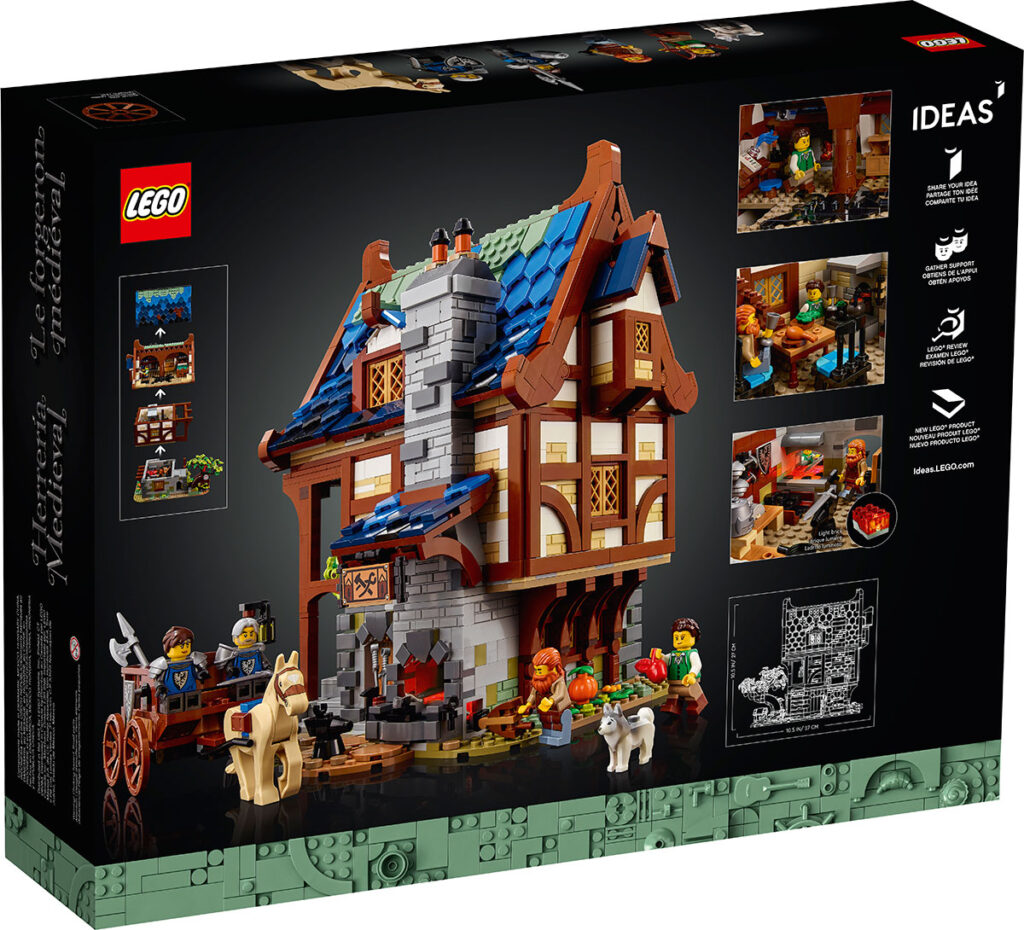 We did have a sneak peek at this upcoming at the begin of the month and it had a rather varied response from LEGO fans. The original idea submitted by Namirob does look completely different to what LEGO have produced, this was the main reason for fans not originally liking it. However having these new and detailed images gives it a whole new look and I personally can say it looks glorious. The olde building with greenery growing up the side, the cosy yet practical interior looks fantastic, and of course the Minifigures are great, with two Knights from the classic Black Falcon line! 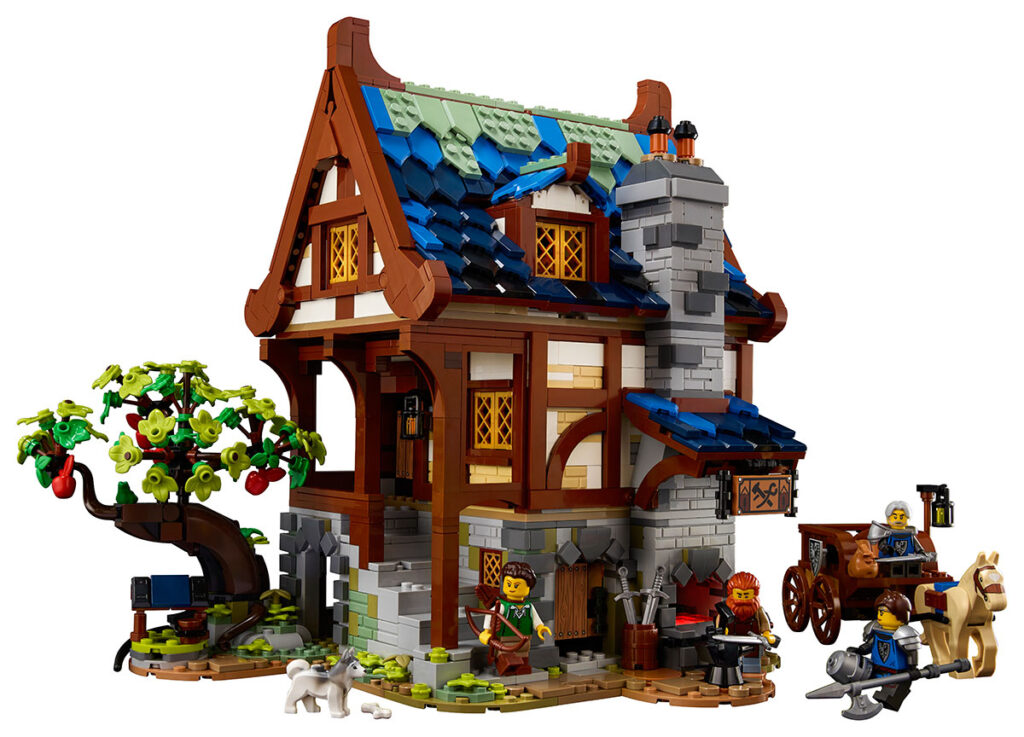 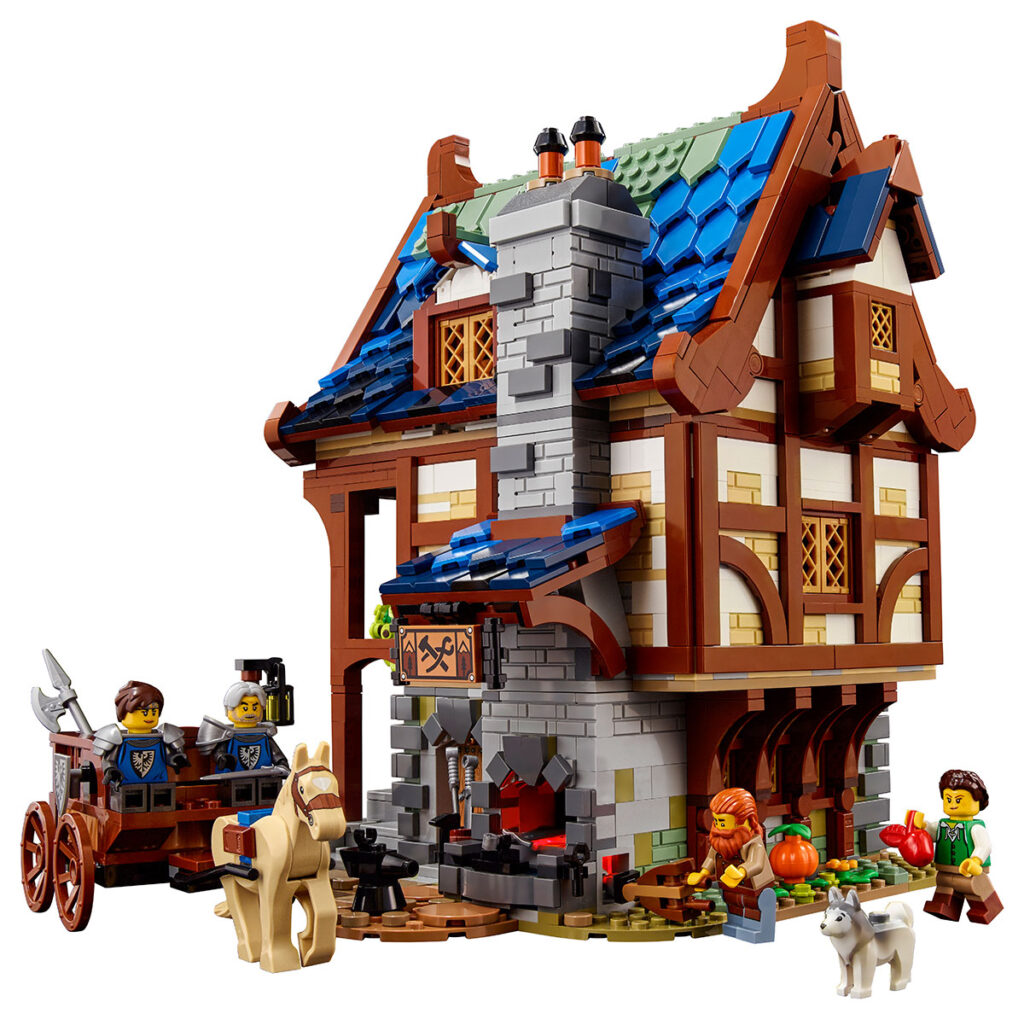 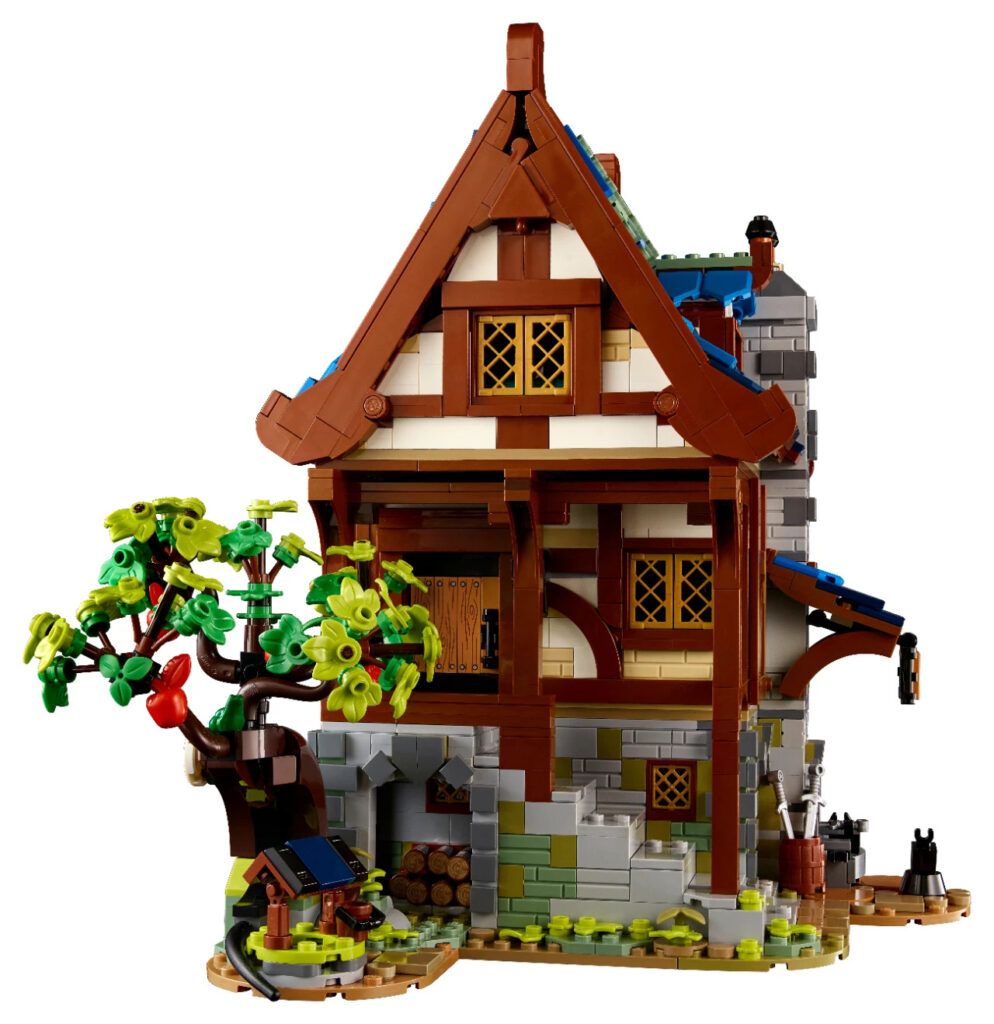 The Medieval Blacksmith includes a light brick which adds so much atmosphere and playability to the forge inside as well as a plethora of other cool and detailed features. 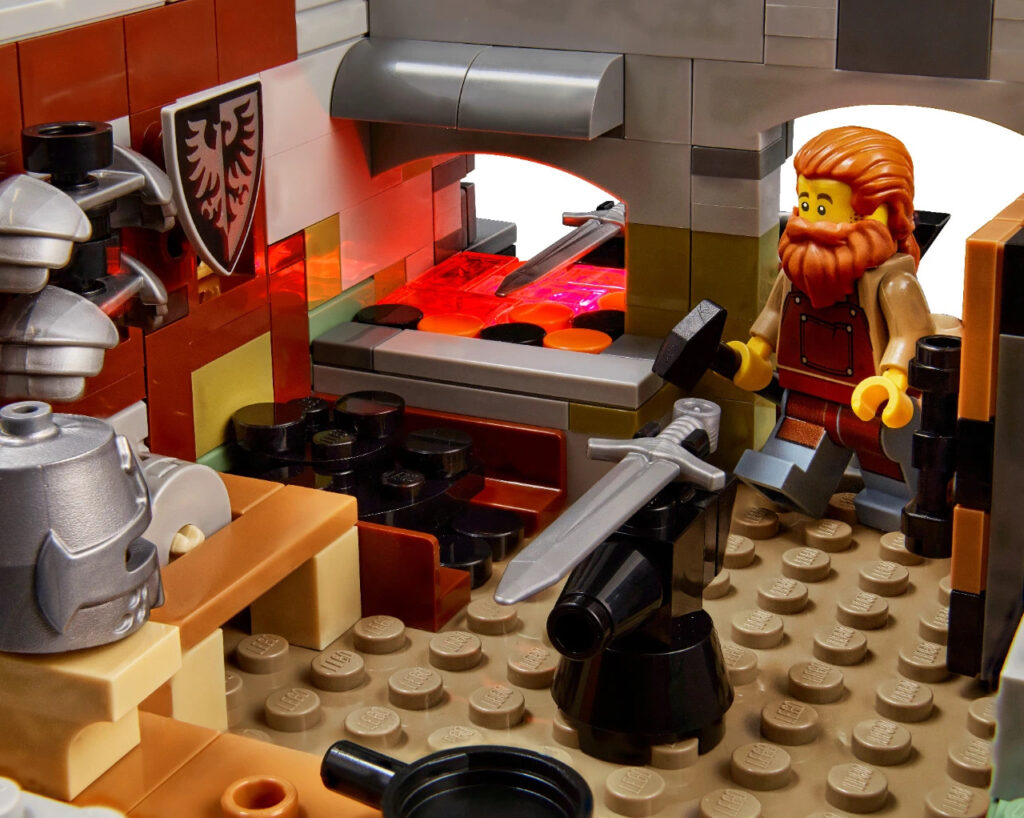 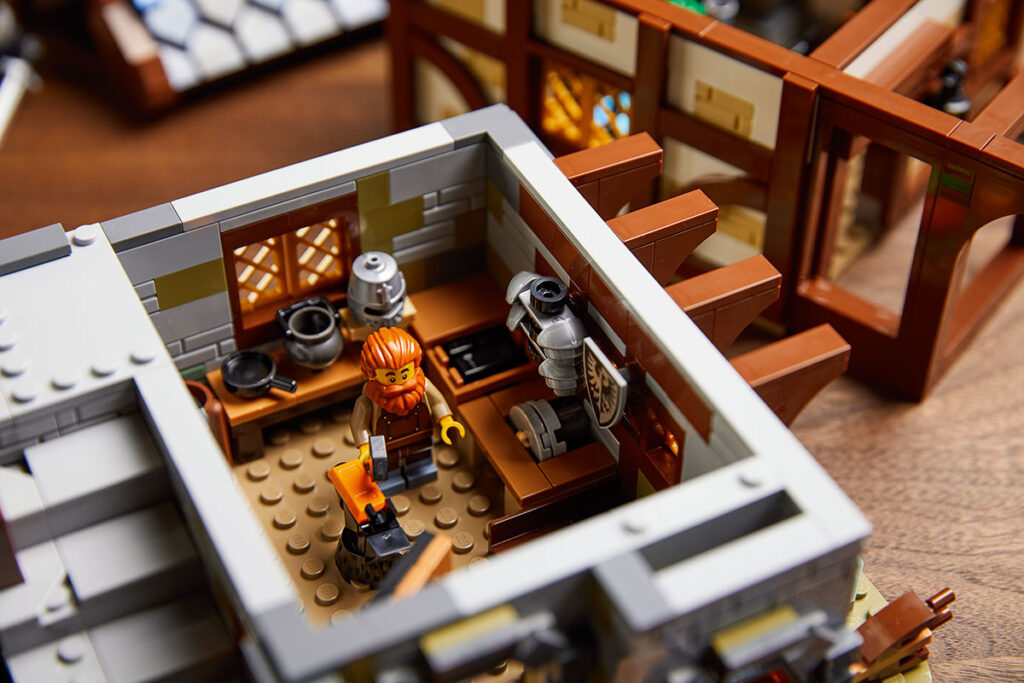 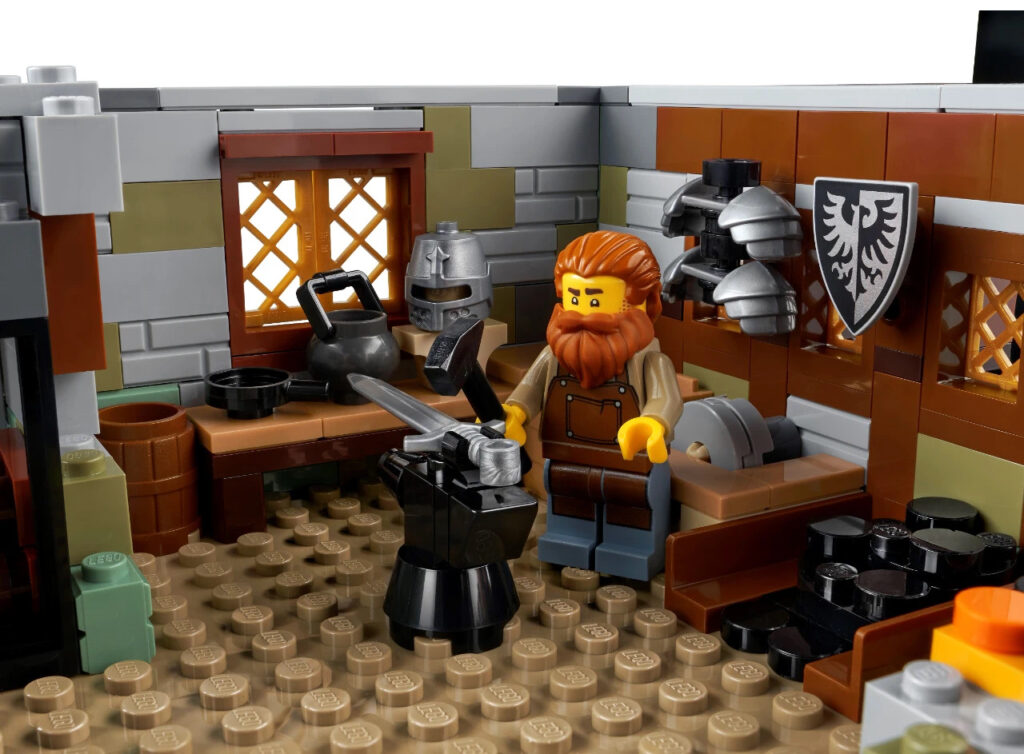 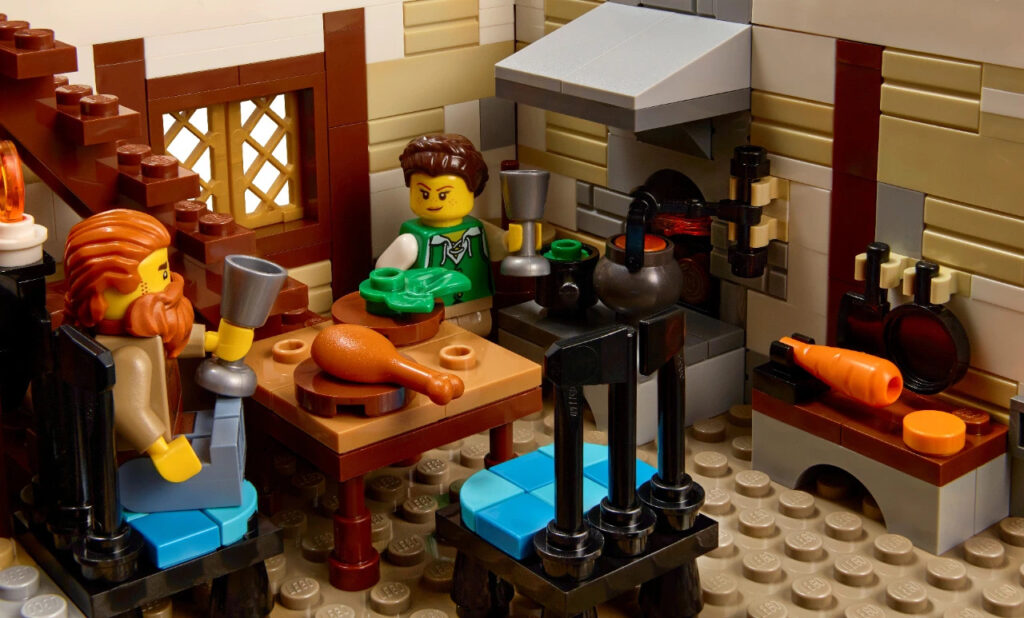 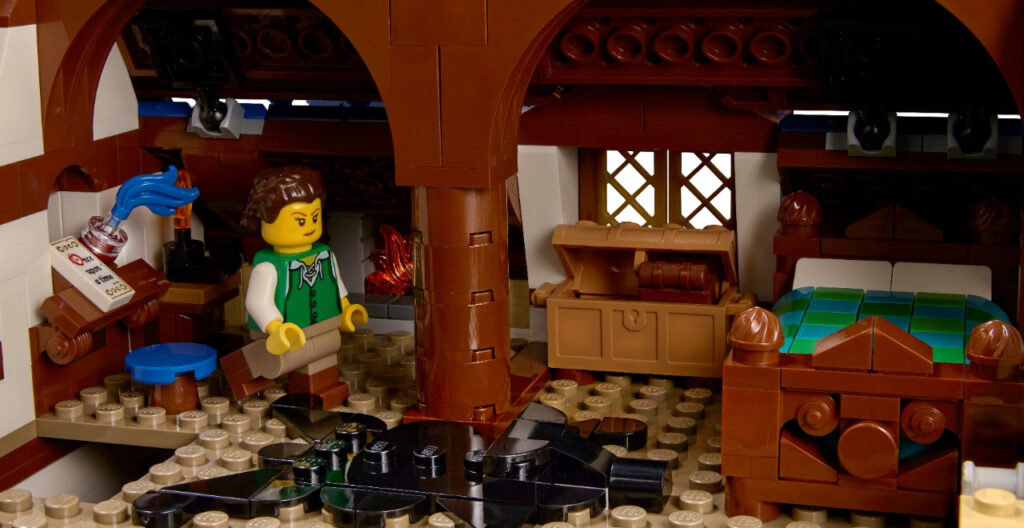 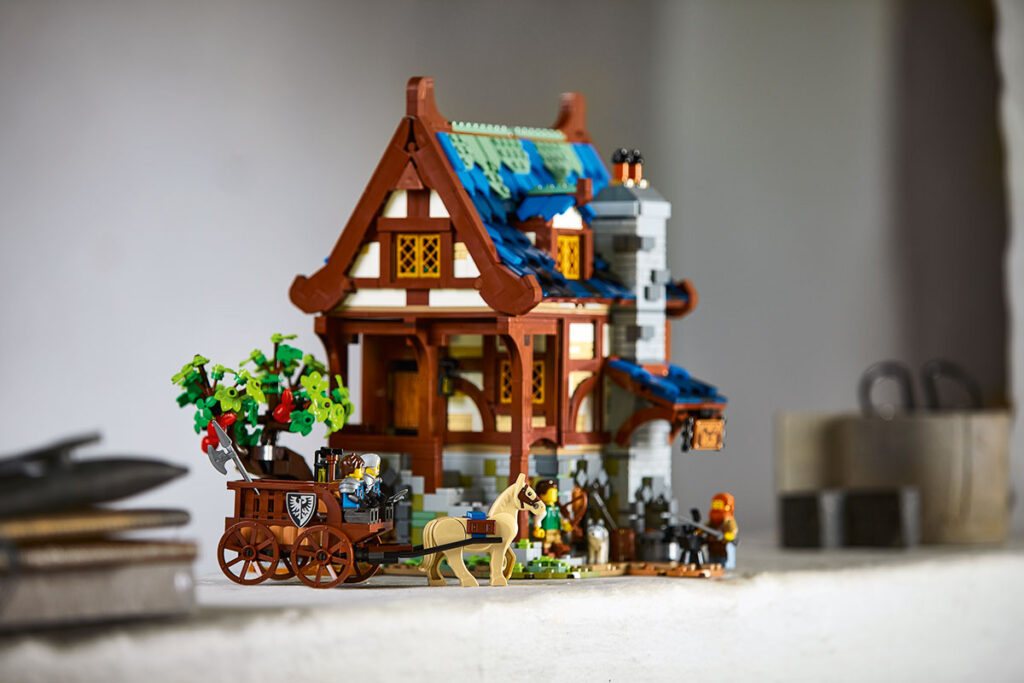 1st February 2021: LEGO Ideas has taken a leaf out of the history books with the design of its latest set, a charming Medieval Blacksmith’s house. The new set is based on an original design by an avid LEGO builder, which achieved over 10,000 votes from LEGO fans worldwide – giving it the green light to go into production.

LEGO superfan Clemens Fiedler originally submitted the concept to LEGO Ideas; a LEGO initiative that takes new ideas that have been imagined and voted for by fans and turns them into reality. The LEGO Ideas® Medieval Blacksmith set harks back to a time when cottage industries and artisans were the cornerstone of society and was brought to life by LEGO designers Wes Talbott and Austin Carlson.

When thinking of medieval times, the focus is normally on the kings and queens, knights and ladies, their castles and the battles between good and evil, but this new medieval set has an unexpected twist showing the unsung hero of those epic battles and adventures – the humble Blacksmith.

True to the era, the LEGO® Ideas Medieval Blacksmith set includes bold period design features from the timber framed walls to the gothic lattice windows, providing much intrigue and interest to fans of medieval architecture.

The LEGO® Ideas Medieval Blacksmith set is positioned in enchanting grounds, featuring a well-stocked cottage-style garden complete with squash patch and a gnarly apple tree, while the brickwork is tinged with moss for added realism.

The inside is set over three separate floors which are fully furnished and equipped with everything a medieval blacksmith would need. Interior items include stocks of raw materials, coal to keep the furnace hot, and a bellows complete with lightbrick to make the coals glow. The roof and top two levels can be removed for easy viewing of the inside.

Further setting the scene, the LEGO Ideas® Medieval Blacksmith set is completed with the inclusion of four minifigures: a blacksmith, an archer and two Black Falcon Knights with four swords, three shields and a halberd. Several animals can be found in the grounds outside the house, including a horse to pull the knight’s supply cart, a pet dog and a small tree frog.

Clemens Fiedler commented: “I love building classical house designs and honouring all the great attention to detail you can recreate with LEGO elements – especially medieval architecture styles, colours and design. I hope fellow LEGO fans will enjoy traveling back in time; sense the heat, sounds and smells from the forge and anvil and soak up the atmosphere of this classical creative craft as they build the set.”

Samuel Thomas Liltorp Johnson, Design Manager at the LEGO Group commented: “Designing the LEGO® Ideas Medieval Blacksmith set has been an exciting journey, taking us back hundreds of years to celebrate one of the true heroes of the Middle Ages. Telling the story of the blacksmith caught our imagination, and the rest was history.

“We loved the idea of creating a small blacksmith’s house on the outskirts of the medieval world, where every knight goes for a set of shining armour. Without doubt, fans will be fascinated by the workings of the forge, the architectural details and the characters they find there when they build this set.”

The new LEGO® Ideas Medieval Blacksmith set is the latest example of how the LEGO Group aims to inspire builders of all ages to build, rebuild and get excited by the process of creation.

The LEGO Medieval Blacksmith Set is on sale on LEGO.com and in LEGO Retail stores from 1st February.

Easily accessible, three-level building with a bedroom, kitchen and workshop packed with accessory elements such as tools, coal and armor. 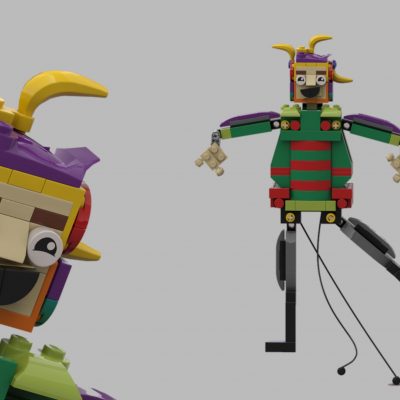 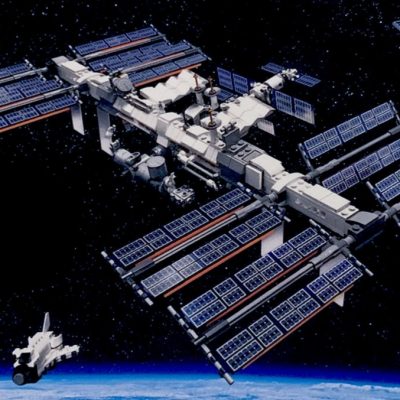