LEGO has a tendency to sneak future sets in the background of other releases, this one appears under a desk advertising the LEGO Star Wars Probe Droid (75306).

May the 4th is just around the corner and with it comes new and exciting stuff from the land of LEGO, the most exciting one is today’s announcement of LEGO Star Wars R2-D2 (75308)! 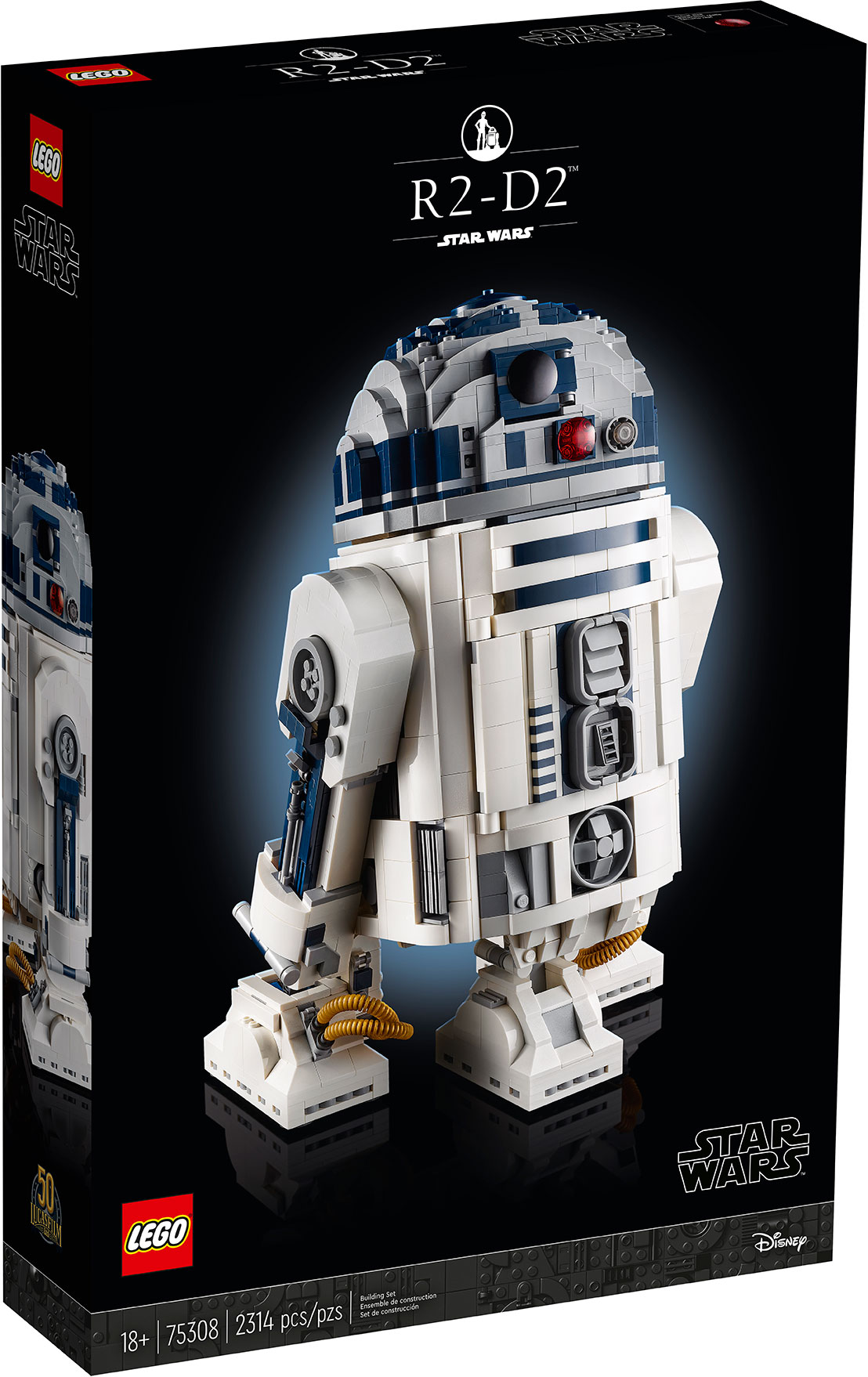 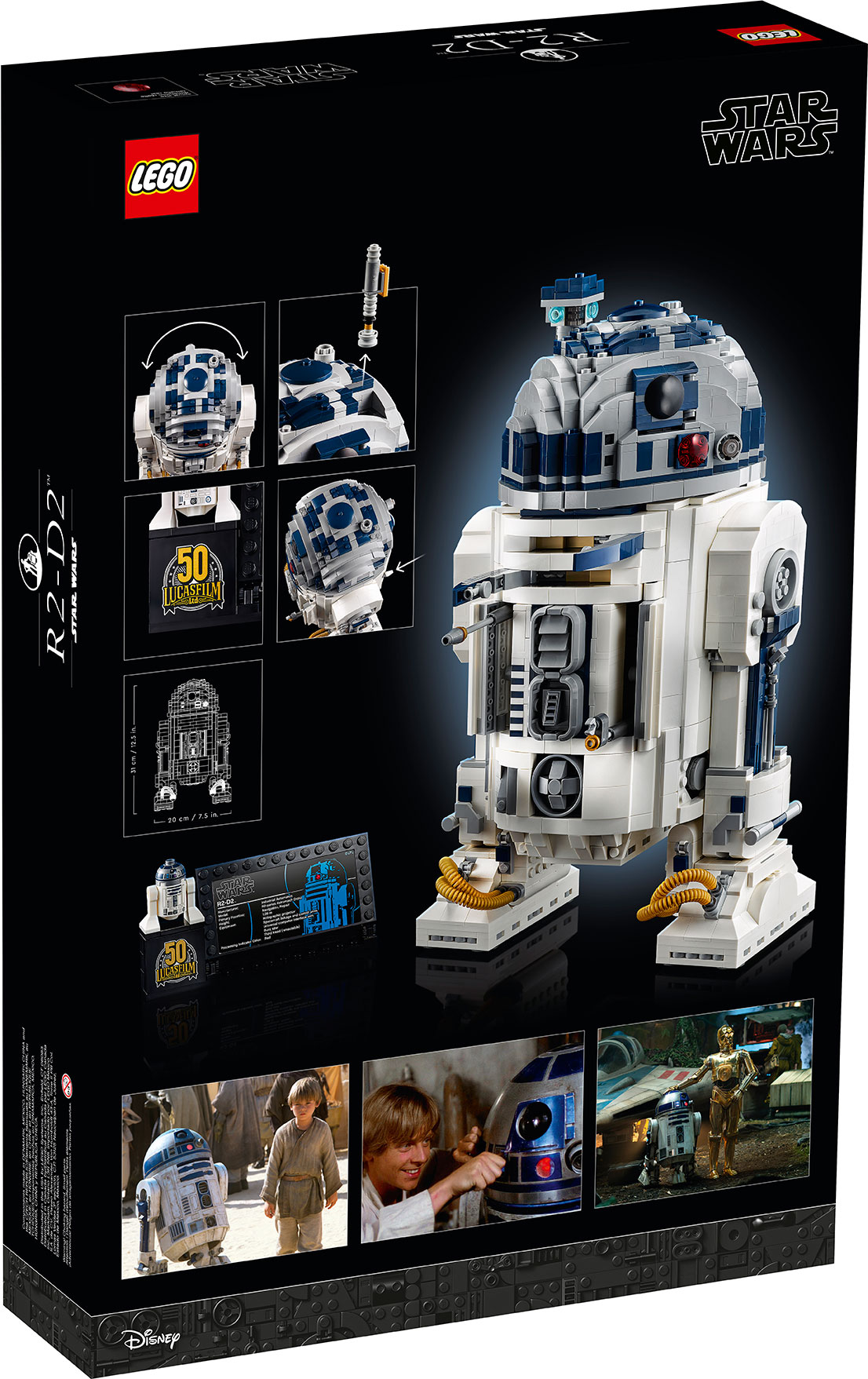 Consisting of a whopping 2,314 pieces it is bigger than the previous R2-D2 incarnation, Ultimate Collector’s Edition (10225), by roughly 200 elements. The extra pieces used gives it more of an overall finished look. 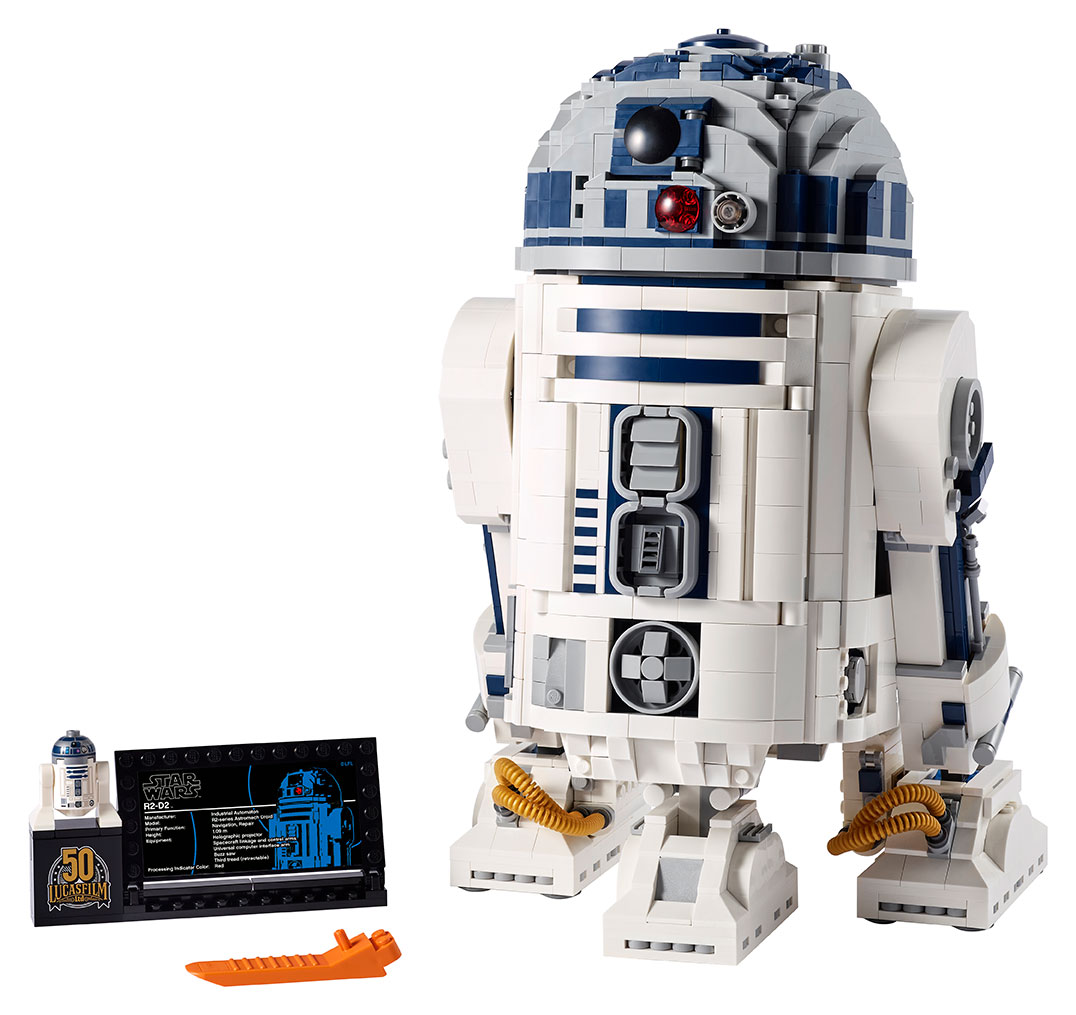 It’s list of features is quite astounding and those you would expect from the loveable Droid, such as his retractable third leg, periscope, and an hidden compartment for Luke’s Lightsaber! 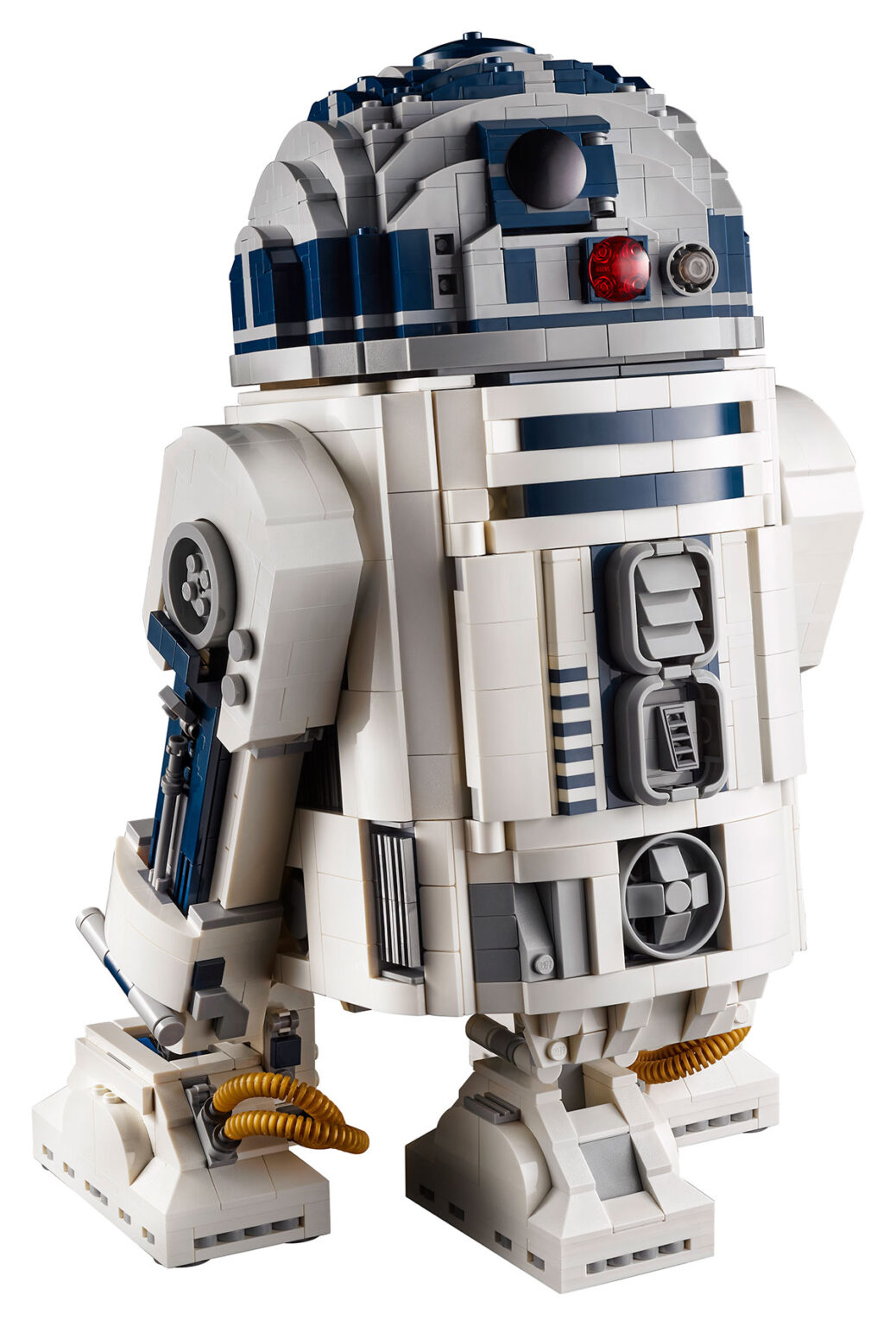 Along with the main build the LEGO Star Wars R2-D2 (75308) set comes complete with a LEGO R2-D2 minifigure and exclusive printed brick commemorating the 50th anniversary of Lucasfilm. 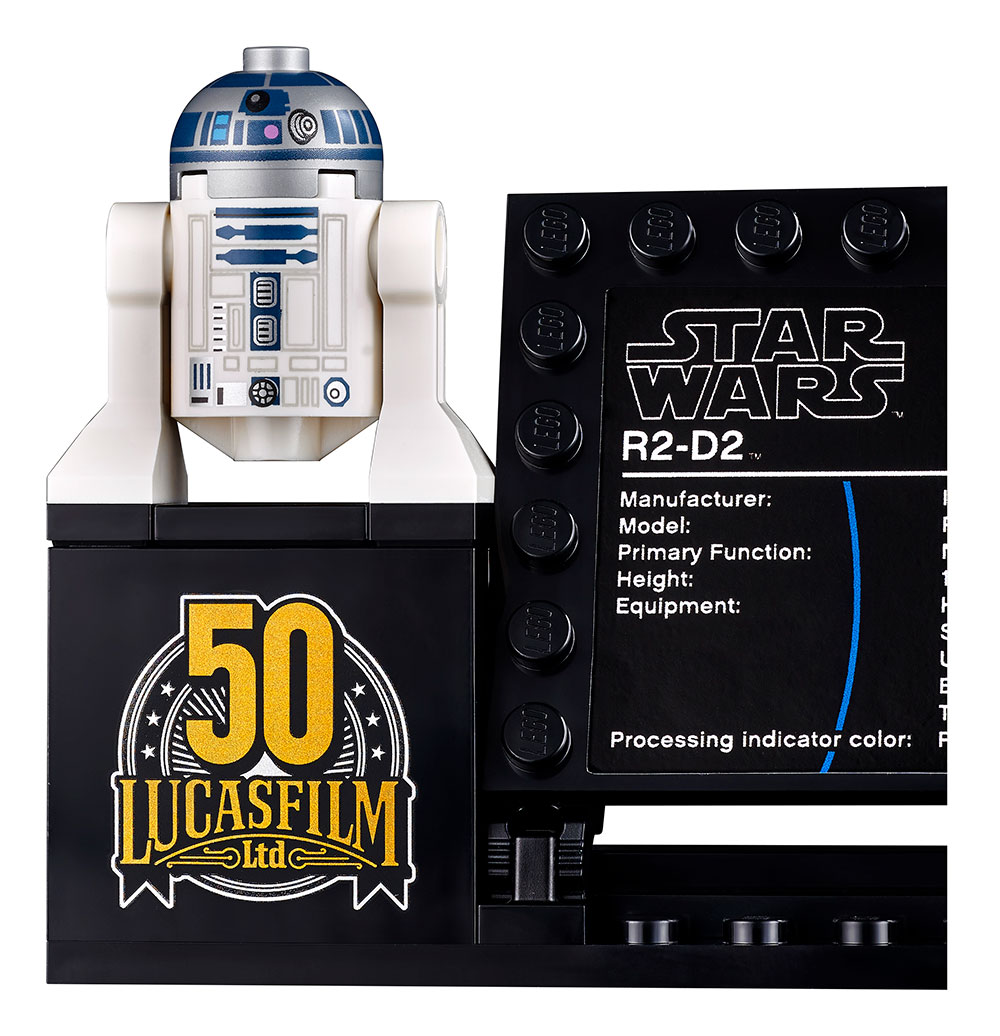 This incredible looking set will be available at all LEGO Brand Stores and Shop@Home on 1st  May 2021. Just in time for May the 4th and it’s promotions!

As always we’d love to know your thoughts, in the comments below, on this new announcement and whether you’ll pick this up on day one or wait for the promotions, or give it a miss completely? 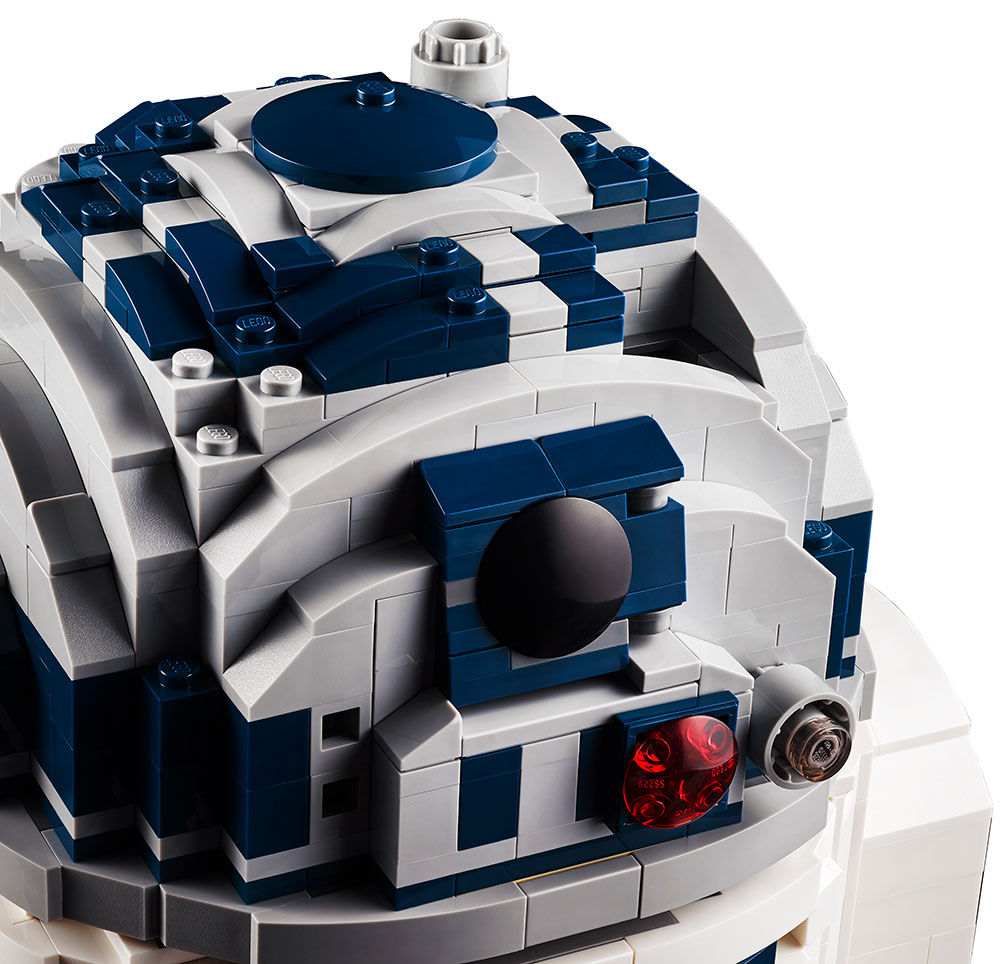 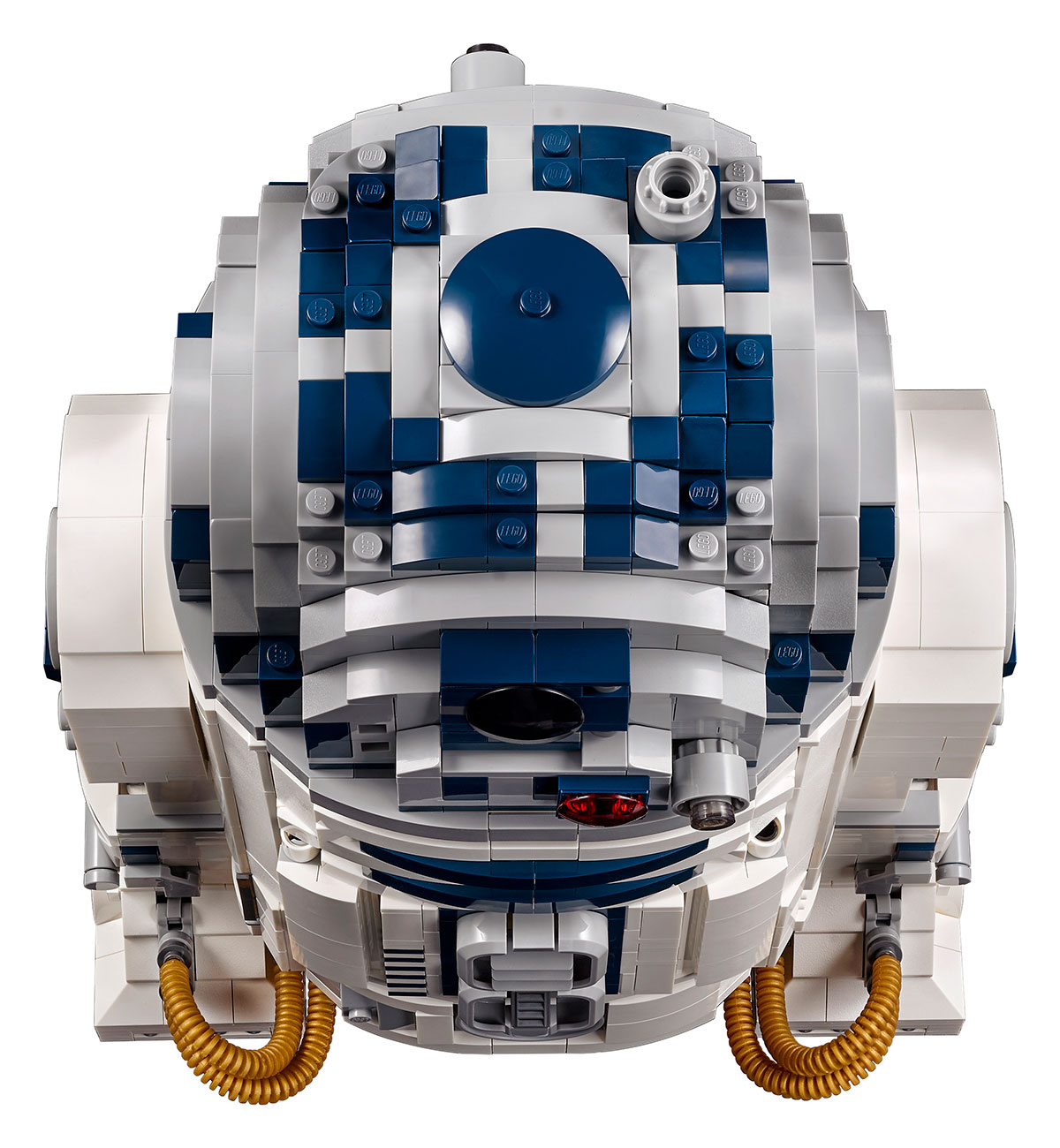 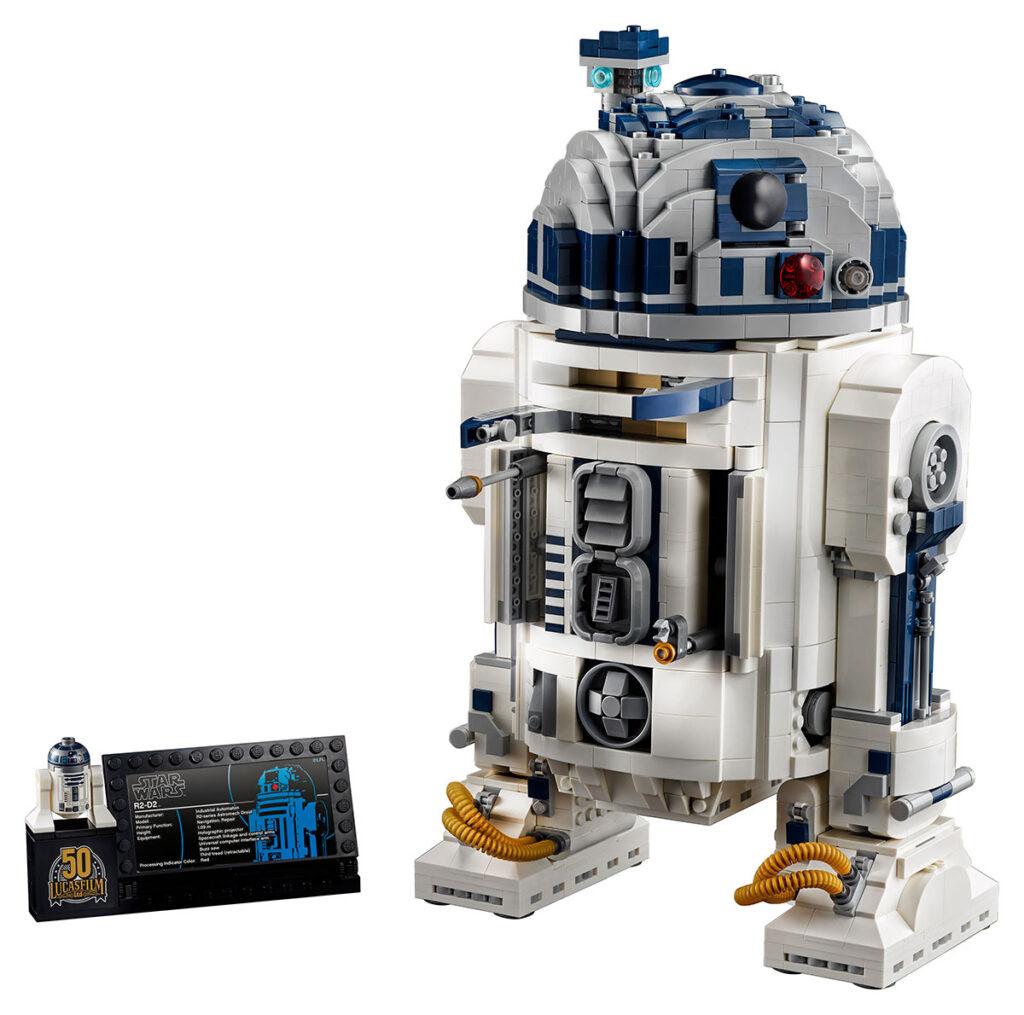 The galaxy’s most lovable droid can now be recreated in stunning detail with this 2,314 piece set, the most feature-packed LEGO brick version of R2-D2 from the LEGO Group to date. Adult LEGO builders and Star Wars fans alike can recreate their favourite moments from the films as they craft R2-D2’s unique retractable mid-leg, rotating head and a periscope. The model also has hidden tools tucked away, such as a lightsaber hilt hidden in a secret compartment in the head.

This set is perfect for any hero looking for a fun and immersive building experience. When finished, the R2-D2 replica makes an impressive focal point when displayed with the set’s exclusive minifigure version of the iconic droid and a special Lucasfilm 50th anniversary LEGO brick.

In 2021, Lucasfilm is celebrating half a century of storytelling with a range of commemorative, fan-favourite 50th anniversary Star Wars products, including this new LEGO® Star Wars™ R2-D2™ model. Commenting on the new set, Jens Kronvold Frederiksen, Creative Lead of LEGO Star Wars at the LEGO Group said: “We have had the pleasure of creating hundreds of Star Wars-inspired models over the past two decades since we first launched LEGO Star Wars sets. As Lucasfilm celebrates their 50th anniversary, it seemed fitting to challenge ourselves and push the limits of what is possible with LEGO bricks by recreating a fan-favourite Star Wars character in great detail like we have never achieved before. We are delighted with the result and hope our fans get as much joy out of building the sets as we did designing it.”

The set will be available exclusively from LEGO.com and LEGO Stores globally from 1st May 2021 priced from 199 EUR/USD, 179,99 GBP. 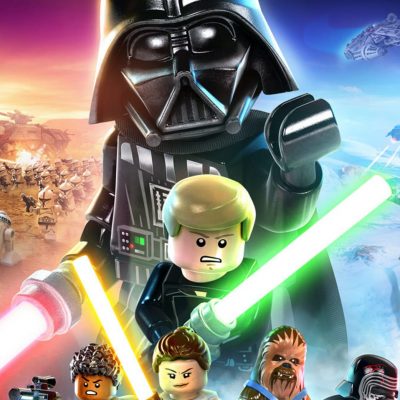 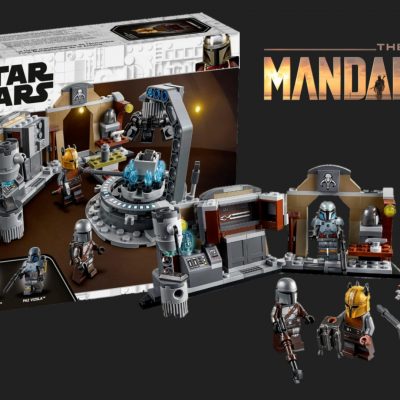