After a week of early reveals LEGO have now officially announced the Star Wars sets we’ve seen shared by Amazon!

The new upcoming LEGO Star Wars sets are based on iconic scenes from the movies and come in diorama form. They are also part of the 18+ Adults Welcome range and will feature that style of box and branding.

What I particularly like about these are the tiles that each have a famous Star Wars quote on them taken from that particular movie.

If you can’t wait and would like to lock in your purchase you can pre-order them now direct from LEGO.com, ready for their release 26th April!

Please do take a look at the official images below and leave us a comment as to which one(s) grab your fancy! 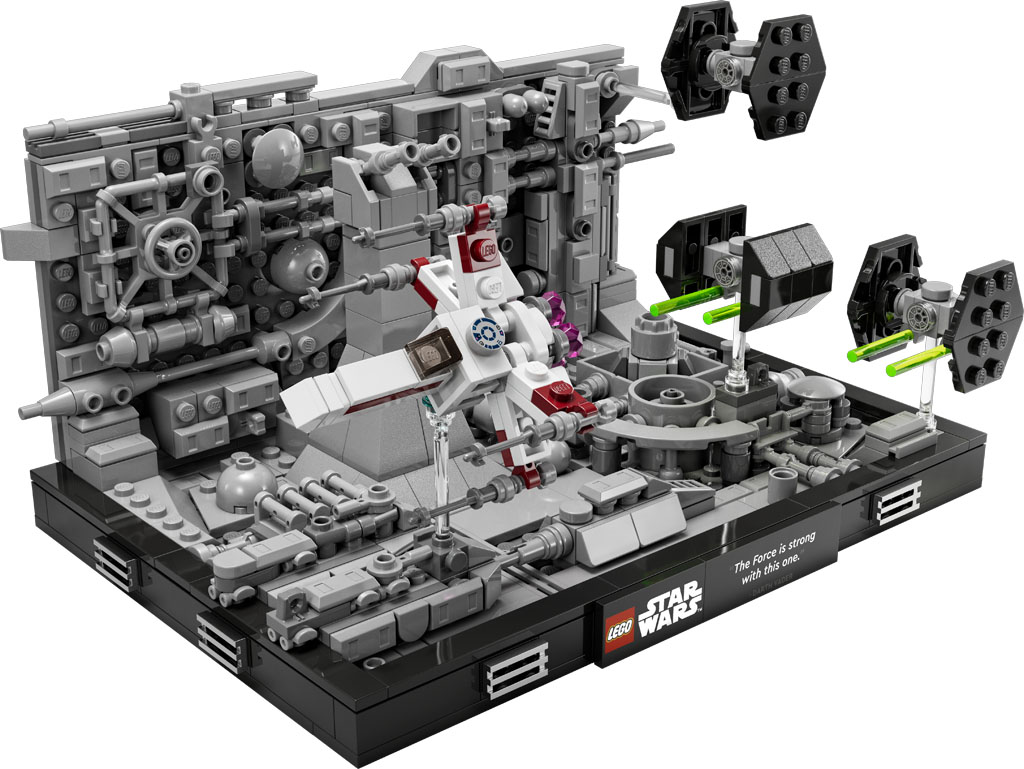 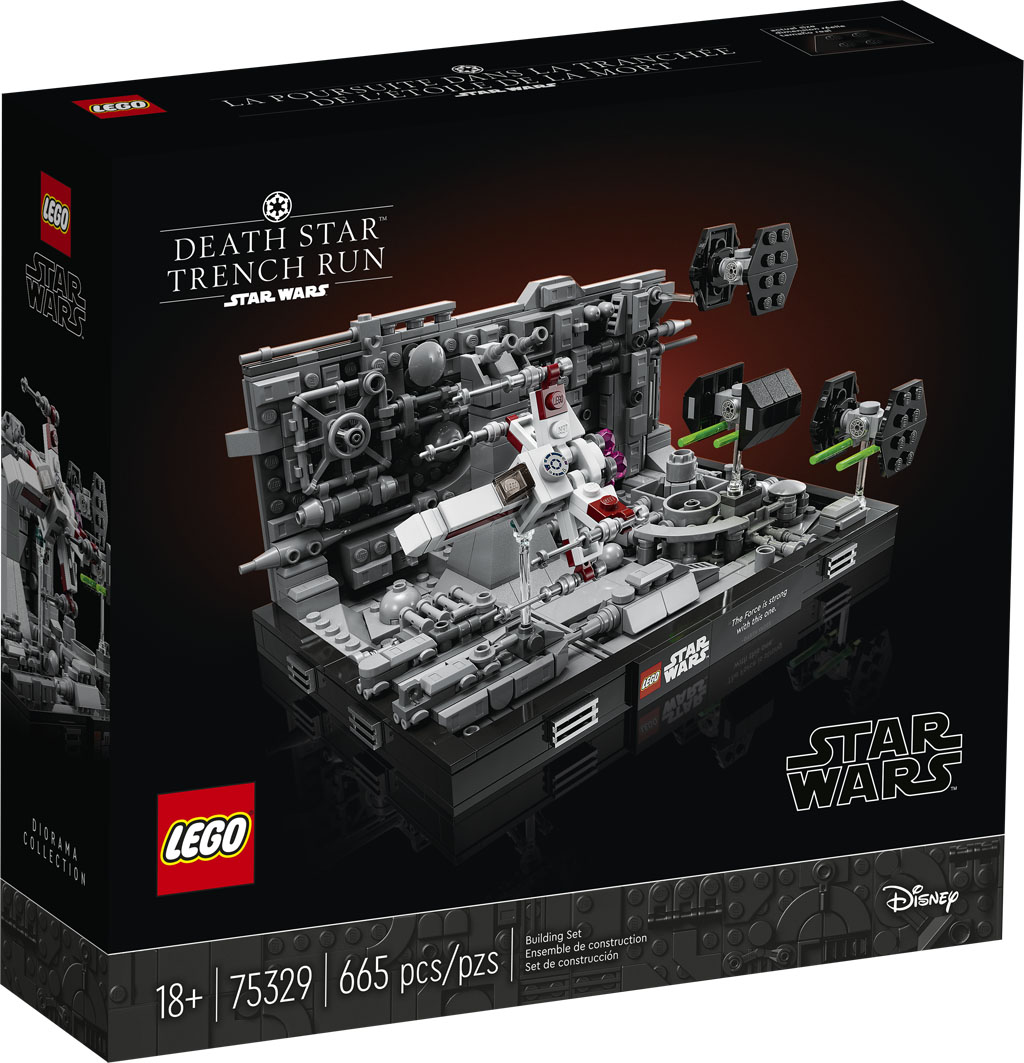 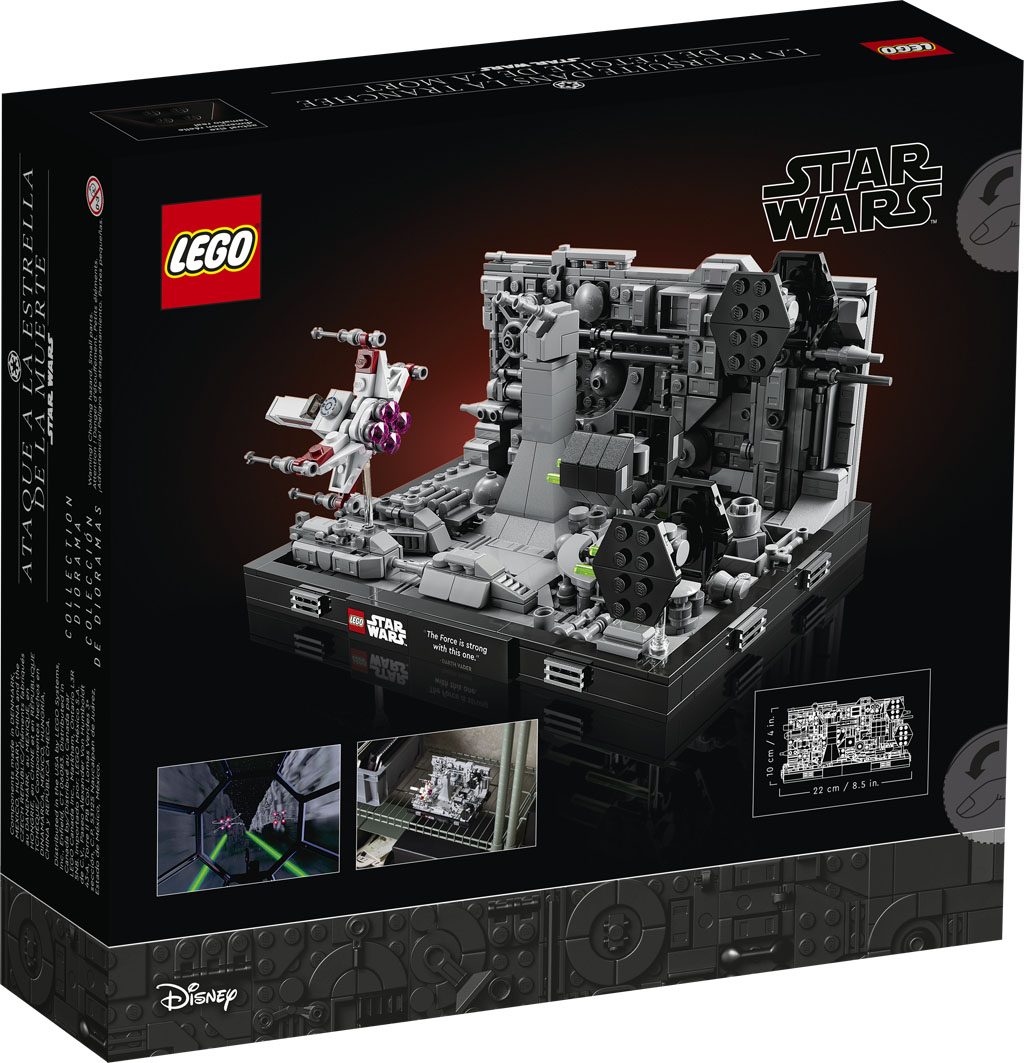 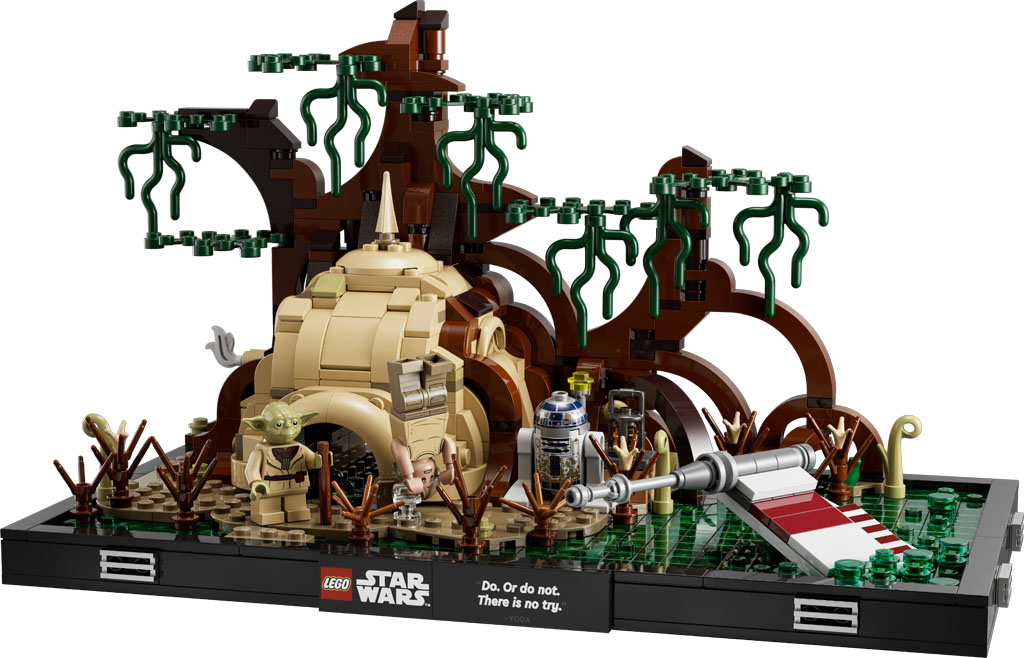 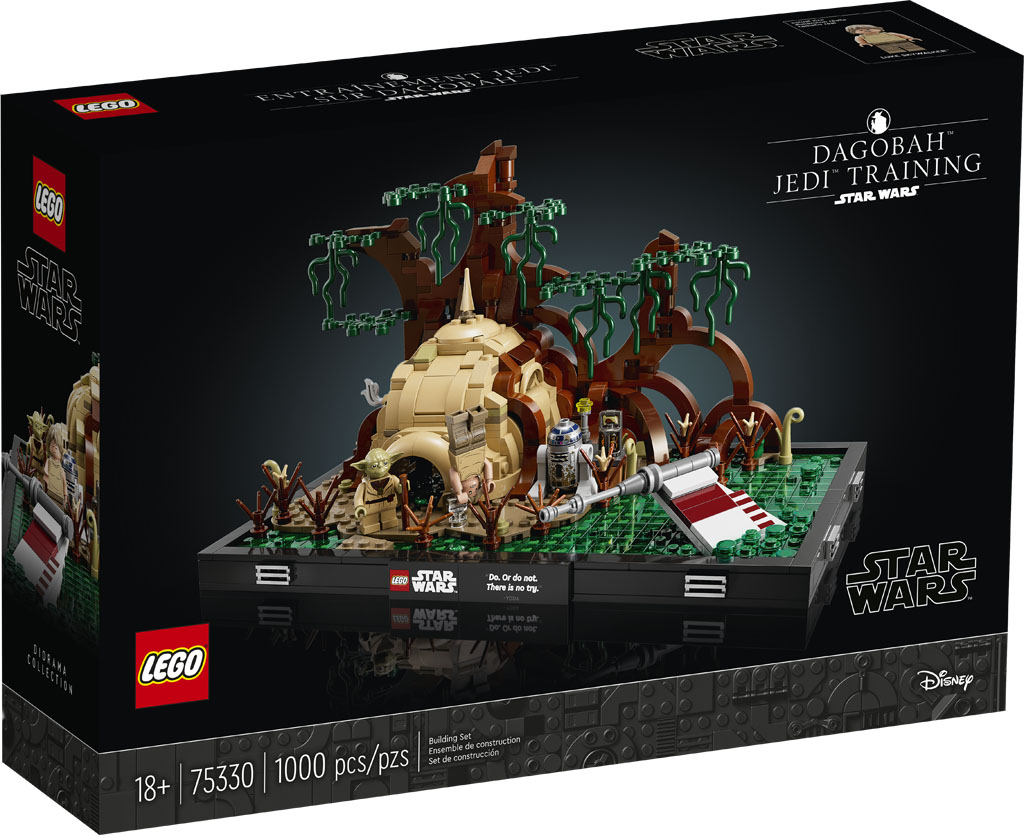 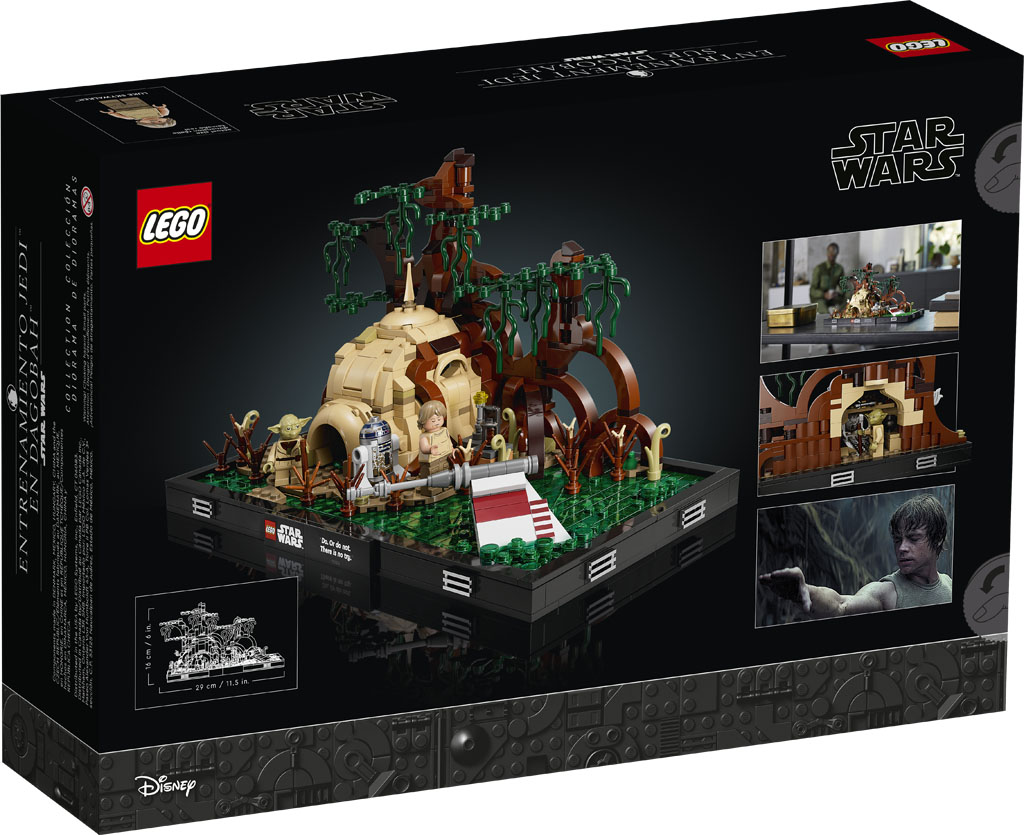 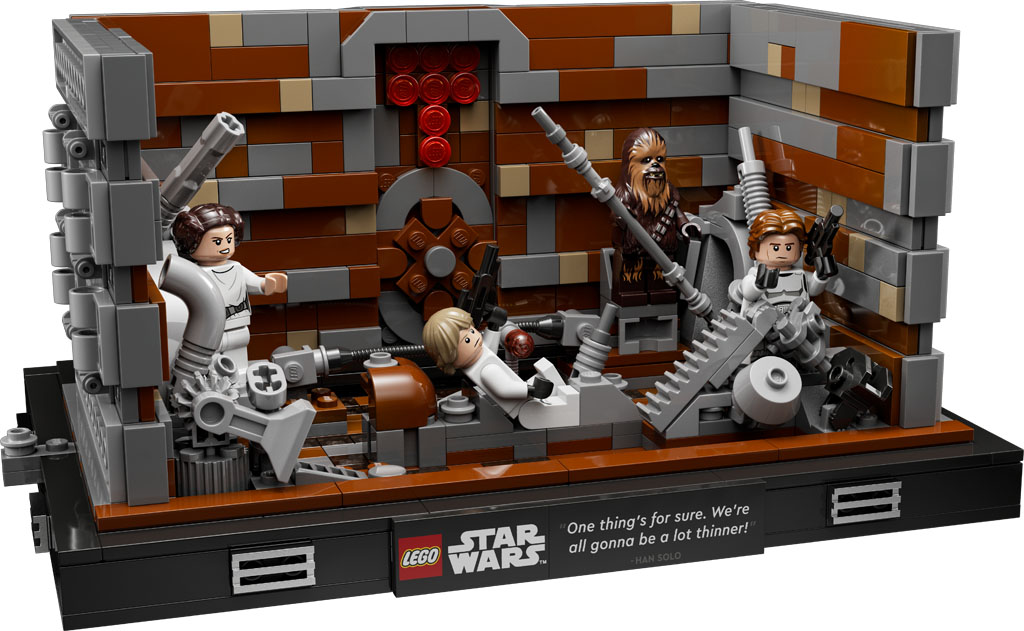 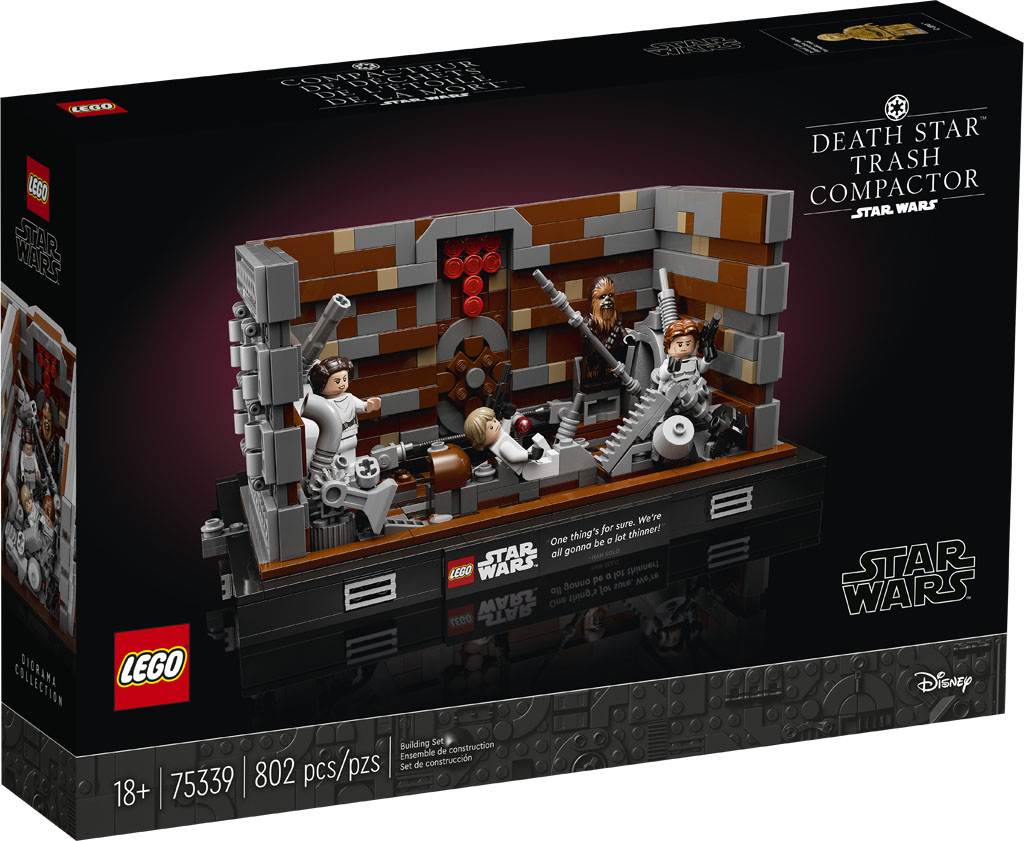 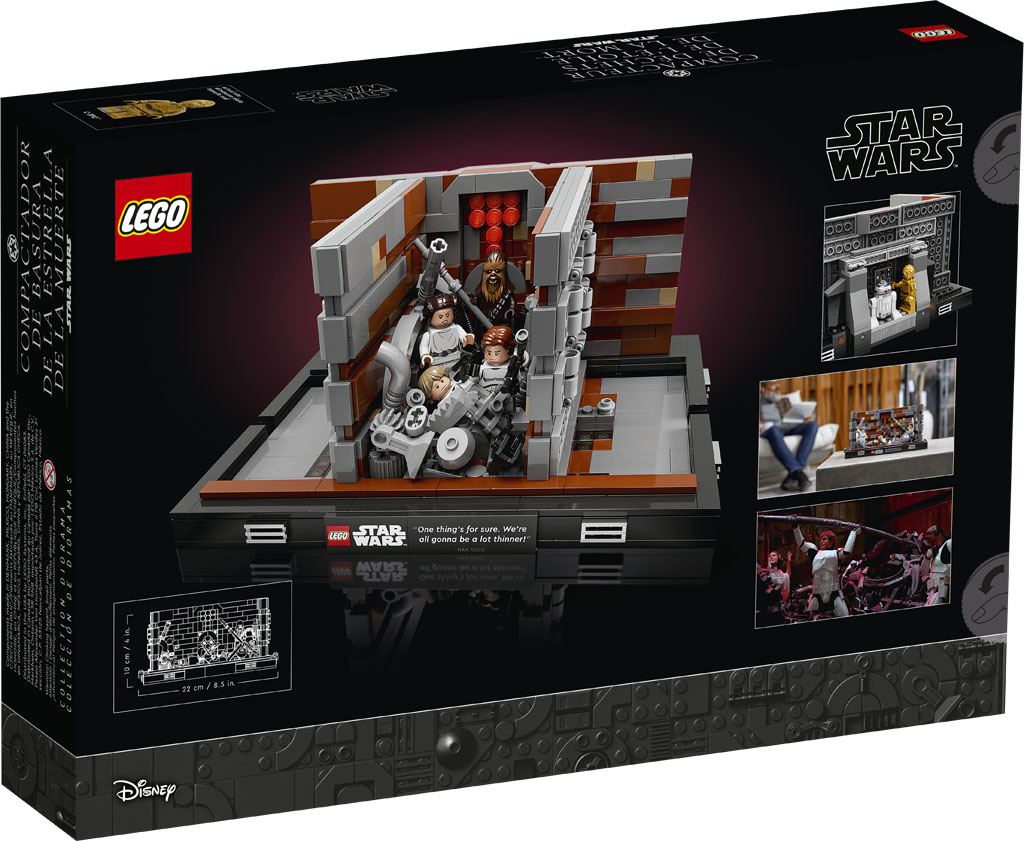 The three new sets span iconic scenes from Star Wars: A New Hope and Star Wars: The Empire Strikes Back to give fans a new way of exploring their love for the early films while building a model they can proudly display once complete.

Inspired by Star Wars: A New Hope, the LEGO Star Wars Death Star™ Trench Run Diorama invites builders to recreate the gripping scene of Darth Vader™’s pursuit of Luke Skywalker™, as Luke fights to destroy the newly-built Death Star for a victory on the Rebellion side. Finish off the build with the memorable words of Darth Vader, “The Force is strong with this one.”

Continue the journey with the crushingly dramatic Star Wars: A New Hope scene, where Luke Skywalker, Han Solo™, Chewbacca™ and Princess Leia Organa™ are temporarily stranded after freeing the princess from Detention Block AA-23, with this Death Star Trash Compactor Diorama building set. Packed with authentic details including moving walls, a dianoga’s head, and famous characters like C-3PO™, R2-D2™, Han Solo, Luke Skywalker, Chewbacca and Princess Leia, fans will have no shortage of key features to showcase in this set. Channel your focus and have fun with Han Solo’s witty remark: “One thing’s for sure, we’re all gonna be a lot thinner,” to complete this legendary moment.

And if fans are looking to homage “feeling the Force,” simply find your balance with the LEGO® Star Wars™ Dagobah™ Jedi Training Diorama building set. The striking display lets training Jedi relive moments from Master Yoda’s™ hut in the swamps of Dagobah while recreating the details of this iconic Star Wars: The Empire Strikes Back scene. Complete with minifigures representing the characters of Yoda, Luke Skywalker, and R2-D2.

The new models will be available for pre-order from March 24th, globally from LEGO.com. From April 26th, 2022, the models will be available from LEGO.com, LEGO stores and other retailers priced from 59.99 USD/EUR- 89,99 USD/EUR. The 75339 LEGO® Star Wars™ Death Star™ Trash Compactor Diorama building set will be exclusively sold at Walmart stores, in addition to LEGO.com and LEGO stores. Check your local store for more information. 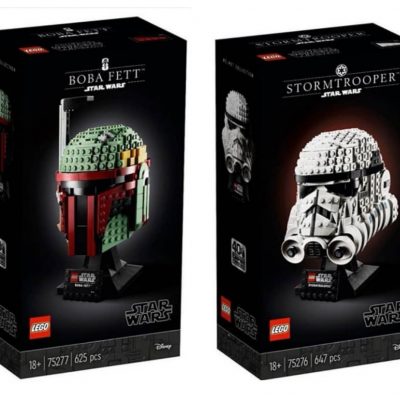 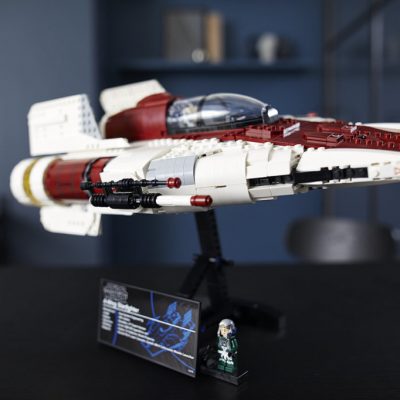