Thanks to a Facebook sponsored ad from the LEGO Certified Store in South Africa, and PromoBricks for the heads up, we get our first look at the GWP set that pays tribute to the American aviation pioneer and author, Amelia Earhart! 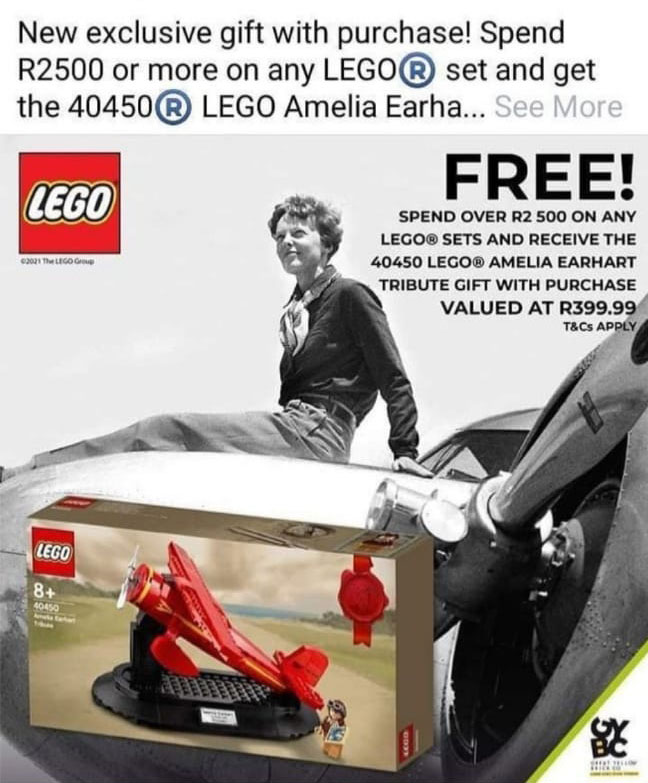 Image from the Facebook Ad of LEGO Amelia Earhart Tribute (40450).

It of course features a brick-built Lockheed 5B Vega, the Plane in which Amelia Earhart flew solo across the Atlantic ocean. We also get the Woman herself in Minifigure form. 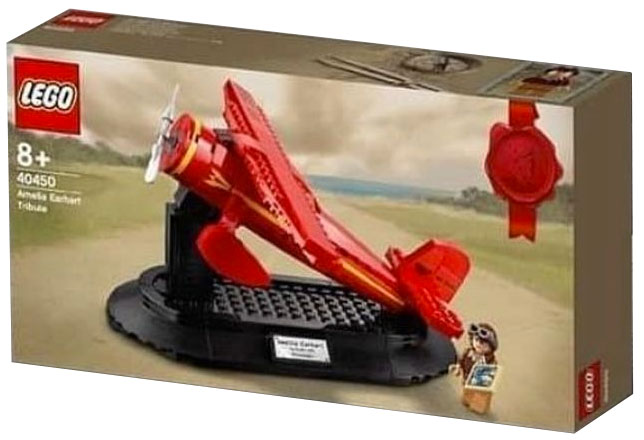 The Facebook Ad states that the minimum spend to qualify for this tribute set is R2500 which is roughly converts to £125 – $167 (USD).

Sadly there aren’t many other details surrounding it and no word of which regions it’ll be available in. We do however speculate a  March release as 17th March was the day Amelia Earhart set off on her flight around the World! 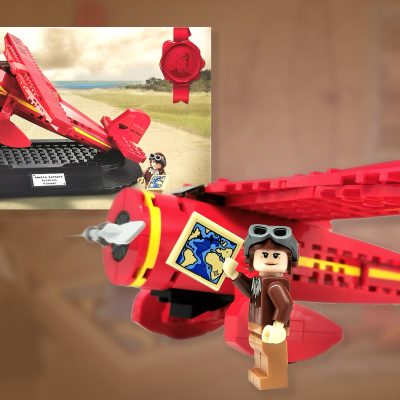 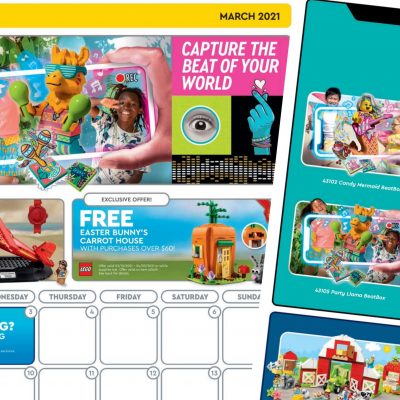