This is the first part of an ongoing blog series covering the history of specific LEGO parts and accessories. Each part will cover a different piece and its origins, uses within the system, and changes over time, as well as personal memories from the writer. 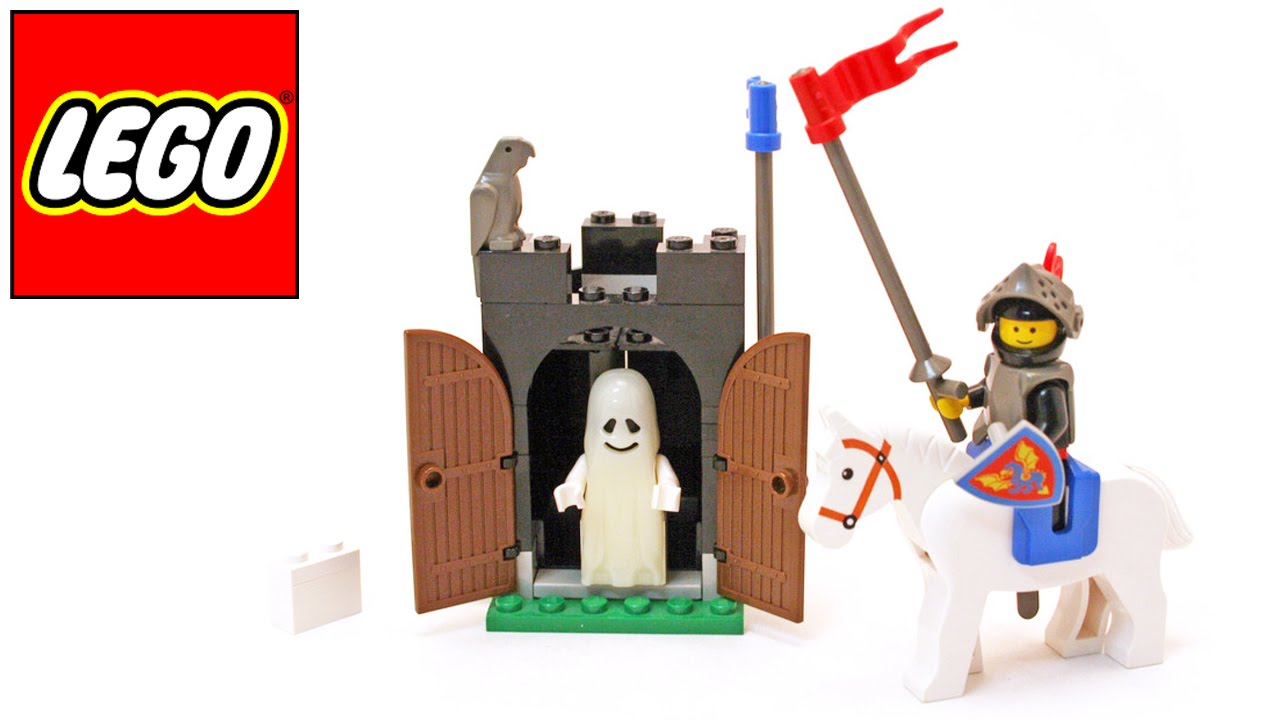 The LEGO Ghost, which first appeared in 1990 in either the Black Monarch’s Ghost (6034) or King’s Mountain Fortress (6081) sets, is my favorite LEGO minifigure. It was that minifigure that began my lifelong love for LEGO and specifically the minifigs and their accessories. I was probably around 4 or 5 when my mom, a librarian and avid Playmobil fan herself, gifted me the Black Monarch’s Ghost set for a birthday. As a know-nothing kid, I was obviously intrigued by this new (to me) toy, and while I enjoyed the stately Knight and his trusty steed, as well as the tiny shack which housed the spectre itself, I remember being obsessed immediately with the Ghost. I mean, it glowed in the dark! I had never seen a toy this cool. As I spent hours nestled under my covers, periodically exposing the minifigure to outside light to reignite its glowing powers, I knew I needed more LEGO. It was the start of a beautiful friendship. 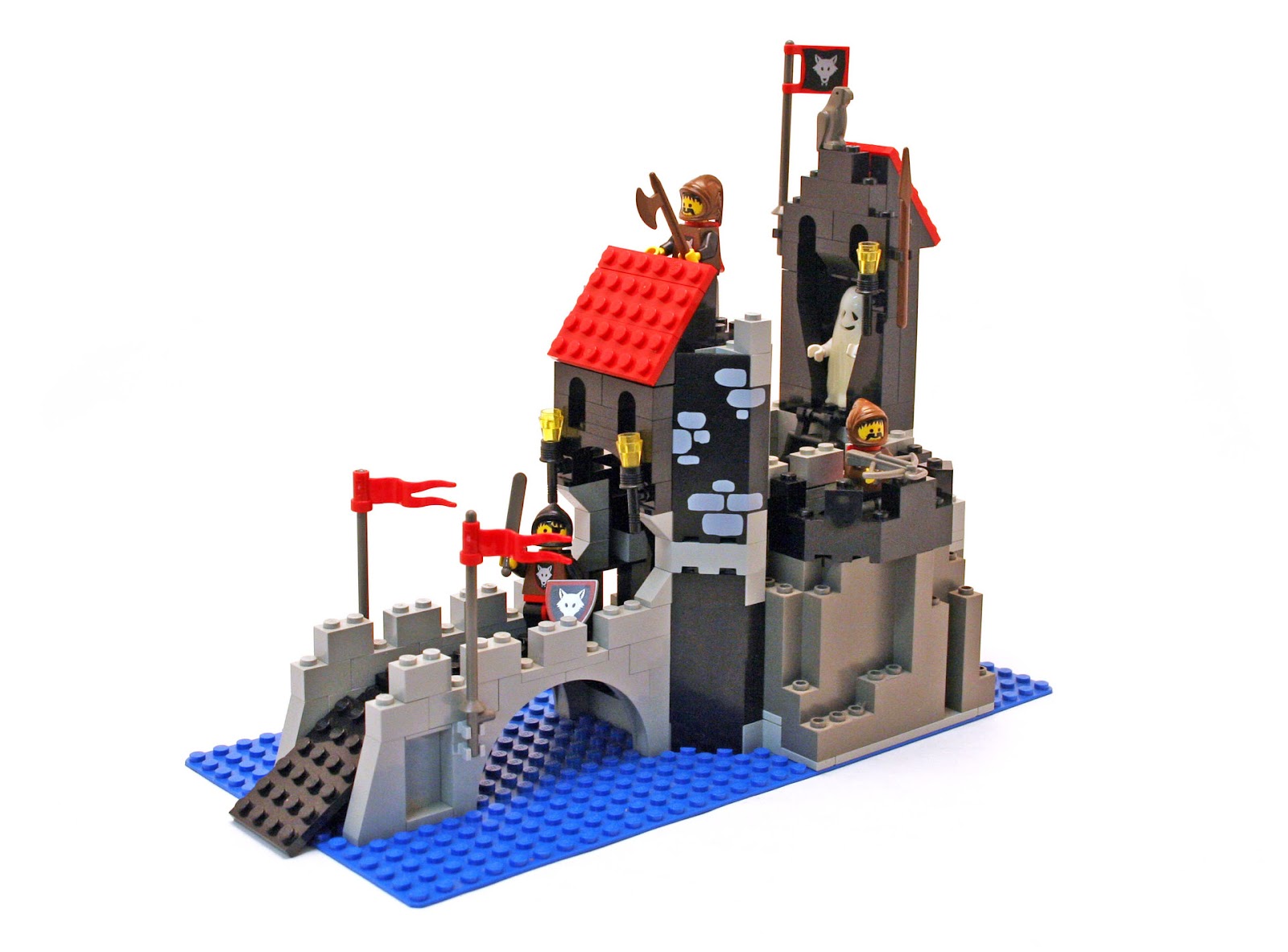 The first run of the classic LEGO Ghost appeared in only seven sets from 1990-1995. Along with the aforementioned sets the Ghost was also included in Black Knight’s Castle (6086), Black Knight’s Guardshack (1888), Ghostly Hideout (1596), Royal Knight’s Castle (6090), and another one of my favorite sets, Wolfpack Tower (6075). This particular minifig was built without legs. In their place is a 1×2 plate and a 1×2 brick, making them about one plate shorter than a typical minifig. Like the Skeleton in the Pirates theme, the Ghost seemed destined to become a staple within the Castle range, however after a last appearance in 1995 (which was more of a last minute addition) this version of the Ghost was retired; replaced by the same basic figure with legs (that didn’t really work with the ghosts “shroud” piece at all). This version would feature in 3 sets from 1997-2000: a Castle themed educational set in 1997 and two of the Time Cruisers sets in 2000 (Twisted TIme Train and Whirling Time Warper). Additionally the Ghost made an appearance alongside the Skeleton in the Scary LEGO Clock set (4391) also from 2000. Then for six years, nothing. It seemed the Ghost, and by extension LEGO’s foray into glow in the dark might be over. 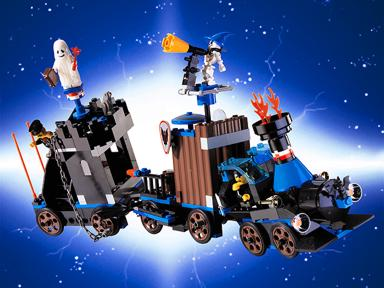 In 2006, the original run Ghost was used for (from what I can tell) the last time in the Royal Knight’s Castle set; this time swapping the white hands with yellow hands from some unknown reason. I never owned the set myself, but from photos I found online (including the image on Bricklink) this particular mold of the shroud piece differs from the earlier one in that it looks more transparent clear than opaque; and quite frankly not nearly as good as the original. And sadly, neither Knights Kingdom II, Kingdoms, or even Nexo Knights saw fit to restore Ghostie to its rightful place in the Castle theme, once again casting the piece aside. The Ghost was not seen again until 2012 with the advent of the fantastic Monster Fighters range, returning with a brand new shroud piece and a brand new (sad) expression. However this figure only featured in two sets (The Ghost Train and the Haunted House), one polybag, and the Halloween Accessory blister pack before the range (awesome as it was) was discontinued. It would pop back up from time to time, like in the Scobby Doo range Mystery Mansion set (75904) as Bluestone the Great or remolded as Vitruvius from the LEGO Movie, however as of the release of the Haunted House theme park set (10273) it looks as if the Ghost’s shroud piece has been officially retired; this time replaced by a minifigure with a printed face and white hood accessory. After 30 or so years, that was a good run for the Ghost, but I still hope to see the figure (with its trademark shroud) reappear in the future. 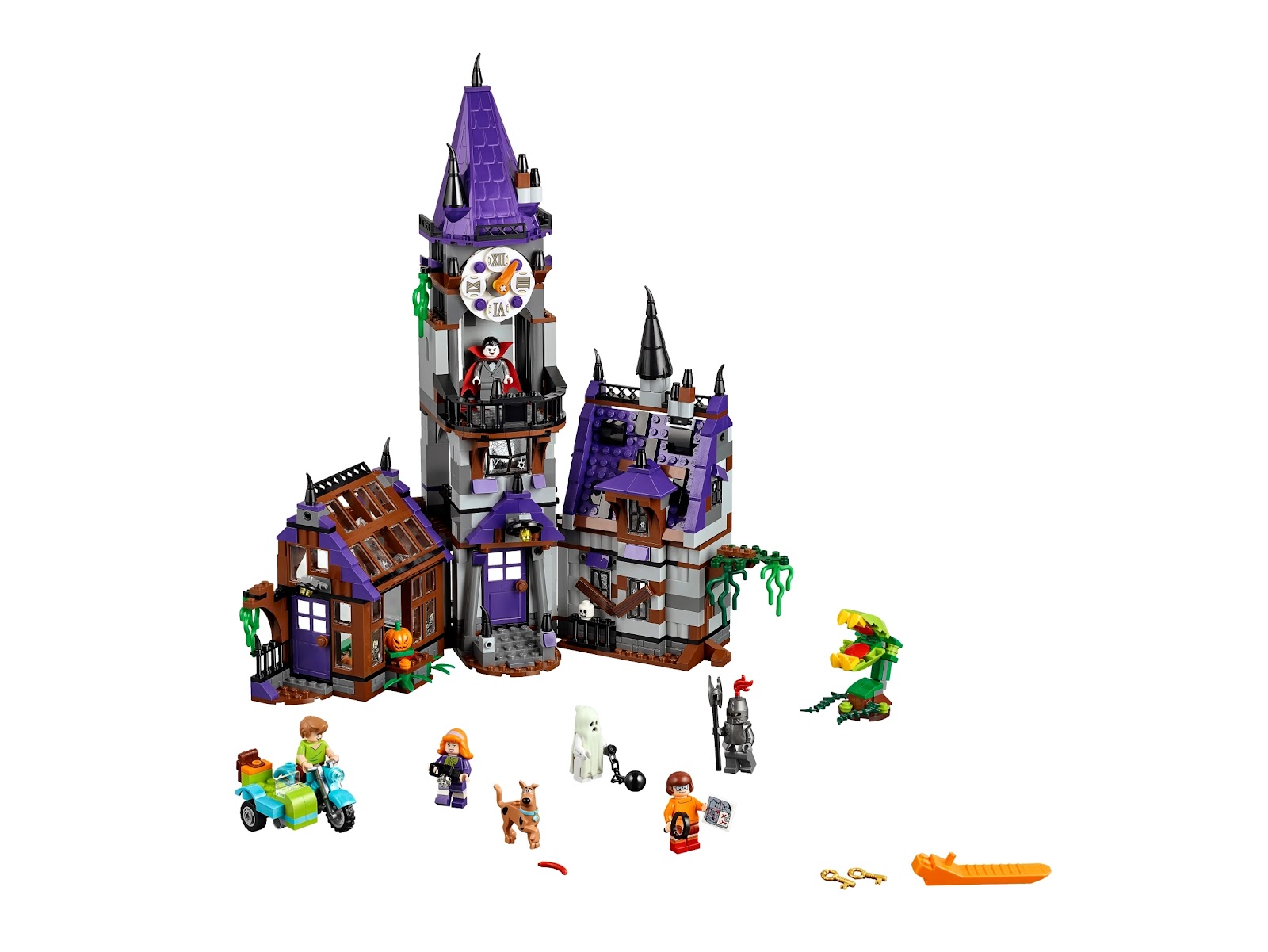 What the piece lacks in usage outside its intended application (a shroud) it makes up for it with not only its glow in the dark surprise (I’ve had my Ghost for 30 years and it still works!), but also its general molding. It’s a lovely piece with lots of grooves along the shroud that imply movement, its rounded head makes it stand out from the more squared minifig head, the expression (either its happy face or its more recent descent into madness) which mimics the classic face printing but with long, droopy eye sockets that give it a playfully haunted feel. And did I mention it glows in the dark? I know I did but I really will overstate that enough. LEGO has done other glow in the dark pieces since the Ghost, including a Voldemort head, a scarecrow head, and the special molded head of Brick Daddy from the short lived Space Police 3 range, as well as some other assorted pieces; but I feel they never really built on what the extra play features of the Ghost could open the door to. There was a long lost and mythical time eons ago (the 90s) where most toy manufacturers were convinced that what kids wanted in toys were lights and sound, the ability to shoot missiles or drive on its own or had some other bell and/or whistle that would elevate the toy from mundane to extremely profitable. That’s how we got gems implanted in action figure chests, micromachines with viewfinders in them, and an oven to cook gummy scorpions. LEGO obviously has jumped on this train a little, with their stud shooters and missile launchers, water features, IOS games, programming, that cool little fire engine set with the weird pump thing (60214), but they have done so with more restraint than others. Except when it comes to stud shooters, I feel like they’re in every set now and I have 100000000000000 stud shooters so thanks for that LEGO. If there is ever a war against my own LEGO, I’ll win.

That aside, recently LEGO has released a new molded ghostly “leg” piece in ranges like Hidden Side, Harry Potter, Ninjago, and others. It seems like, for the time being, this “ghost bottom” has officially taken the place of the “shroud” once and for all. And I love that piece, as well as the great ghostly pieces released in the aforementioned Hidden Side, but there’s something about that classic LEGO Ghost. It is such an iconic piece, now seemingly lost to LEGO history along with the LEGO monkey who was famously snubbed from appearing in the epic Pirates of Barracuda Bay (21322) set. And with the recent news of the (sort of) return of the legendary Castle theme with the release of the LEGO ideas Blacksmith Shop later this year, this roving reporter is hoping that in the next few years little Ghostie will have a triumphant resurgence along with his other lost Castle buddies the Wolfpack, Forestmen, Fright Knights, and so on. For now I wait, clutching this little glow in the dark LEGO piece as it is my only light.

What are your thoughts on the classic LEGO Ghost? Do you have this piece in your collection? Let us know what you think in the comments below!

Kevo is an independent writer and LEGO fan from Massachusetts. In his free time he plays with LEGO, obviously. You can find his photography work on instagram @legosilentfilms 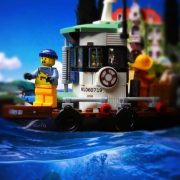 Kevo Haedin
Kevo is an independent writer and LEGO fan from Massachusetts. In his free time he plays with LEGO, obviously. You can find his photography work on instagram @legosilentfilms
Previous 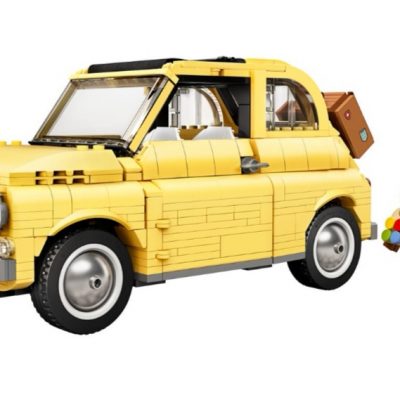