Finally this Magazine (LEGO Star Wars Issue 65) is available here in the UK. We first heard about this particular freebie a month or so ago from various sources around Europe, for some reason they get released there first, and we have been waiting very patiently for the 18th November release date. 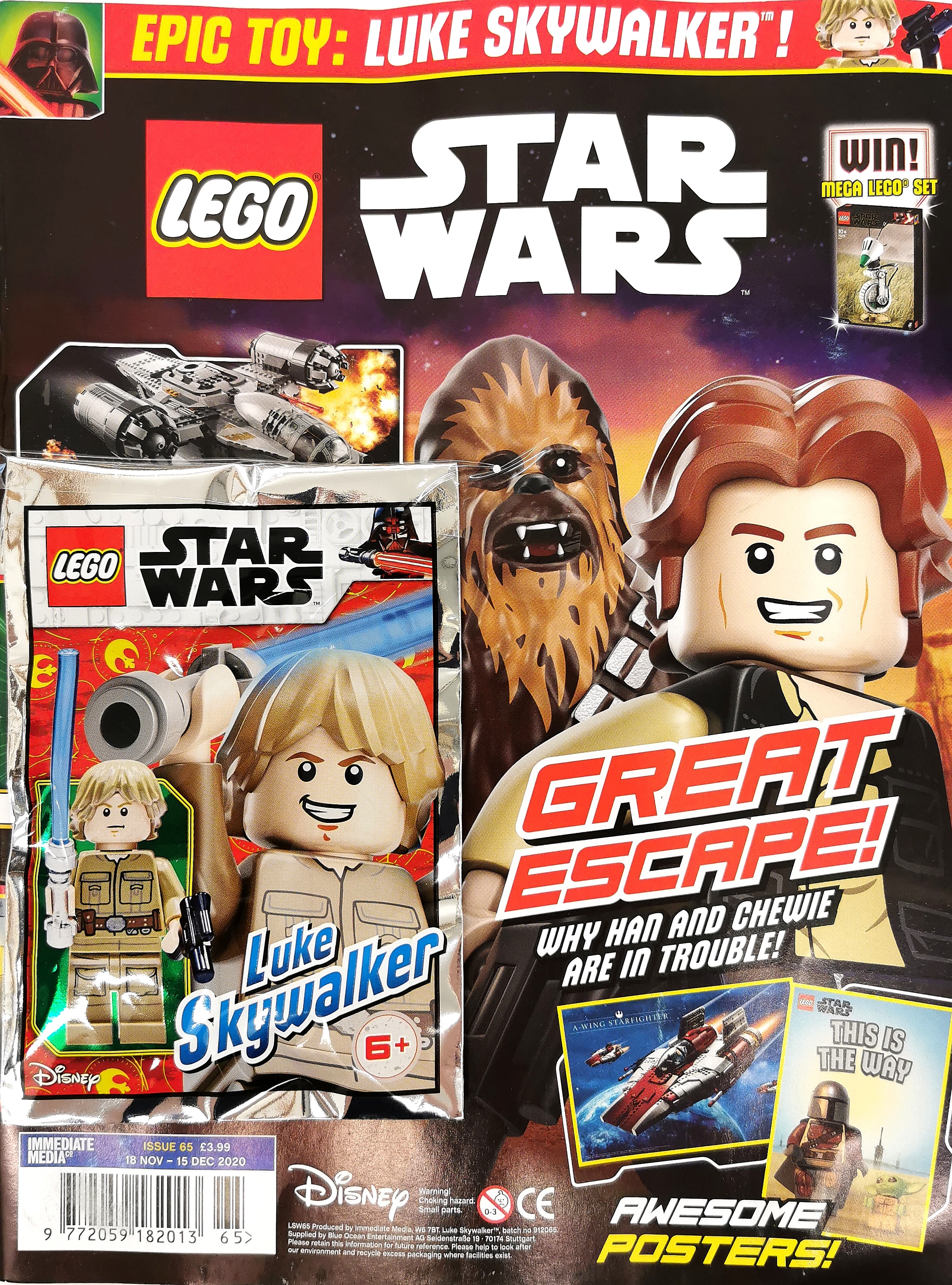 I pass a newsagents on the way to work and planned to pop in just as they opened. The owner had put one by for me so I knew there was one waiting. I would like to advise against buying more than one, two maximum, to allow Children and other collectors the chance to grab a great magazine and exclusive Minifigure, thank you.

As always the Magazine remains relatively the same across the board, with puzzles, a maze, two comic stories, and some featured set images.

As always the comics are a great read and expand on the Star Wars Universe we know & love. 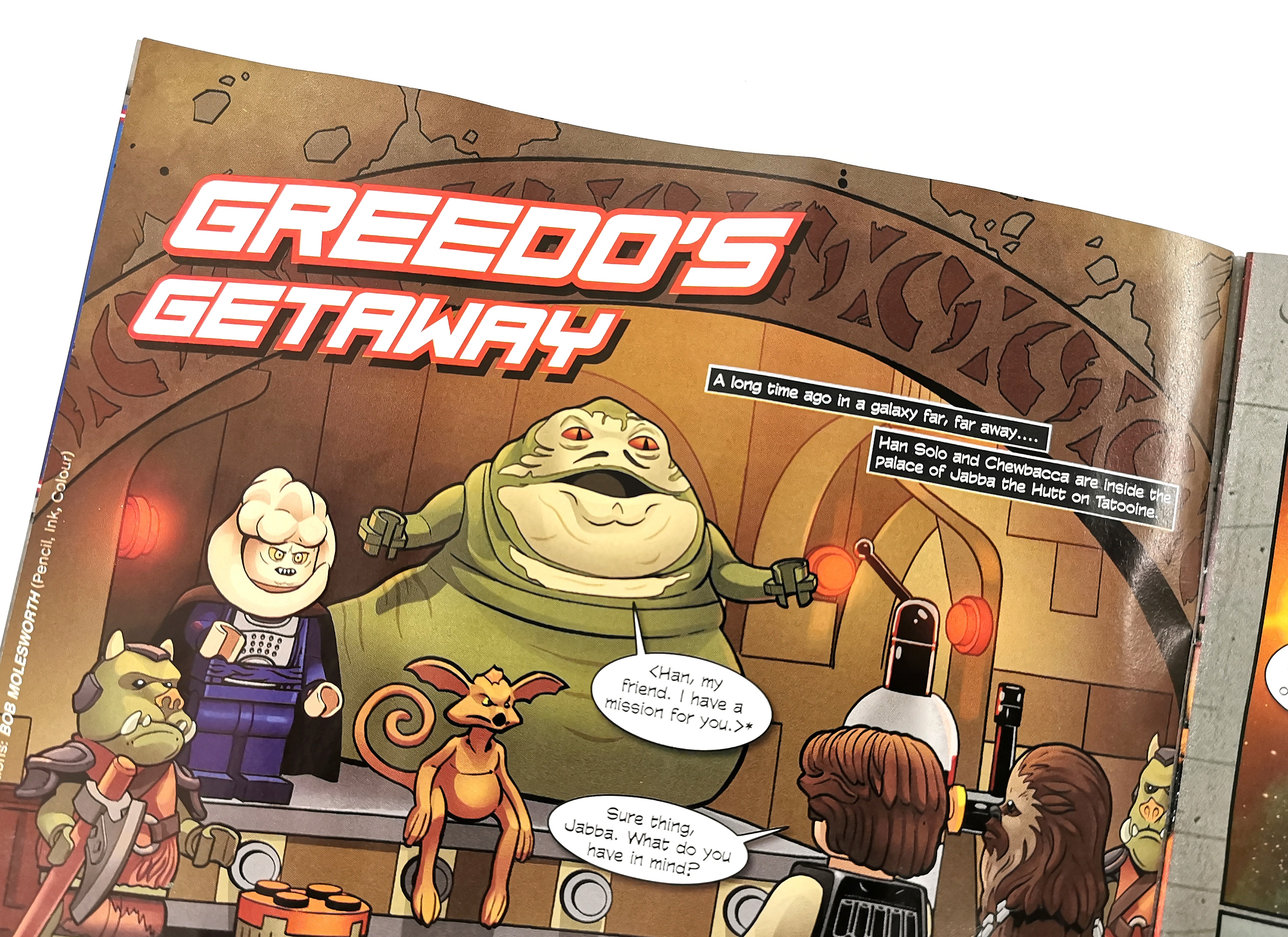 The second comic story stars the freebie Minifigure that’s included with this issue, Luke Skywalker. If tells the short story of Luke Skywalker on a mission to rescue Han & Leia and getting distracted trying to find a suitable change of clothes. He later runs into his Father, Darth Vader… To be continued! 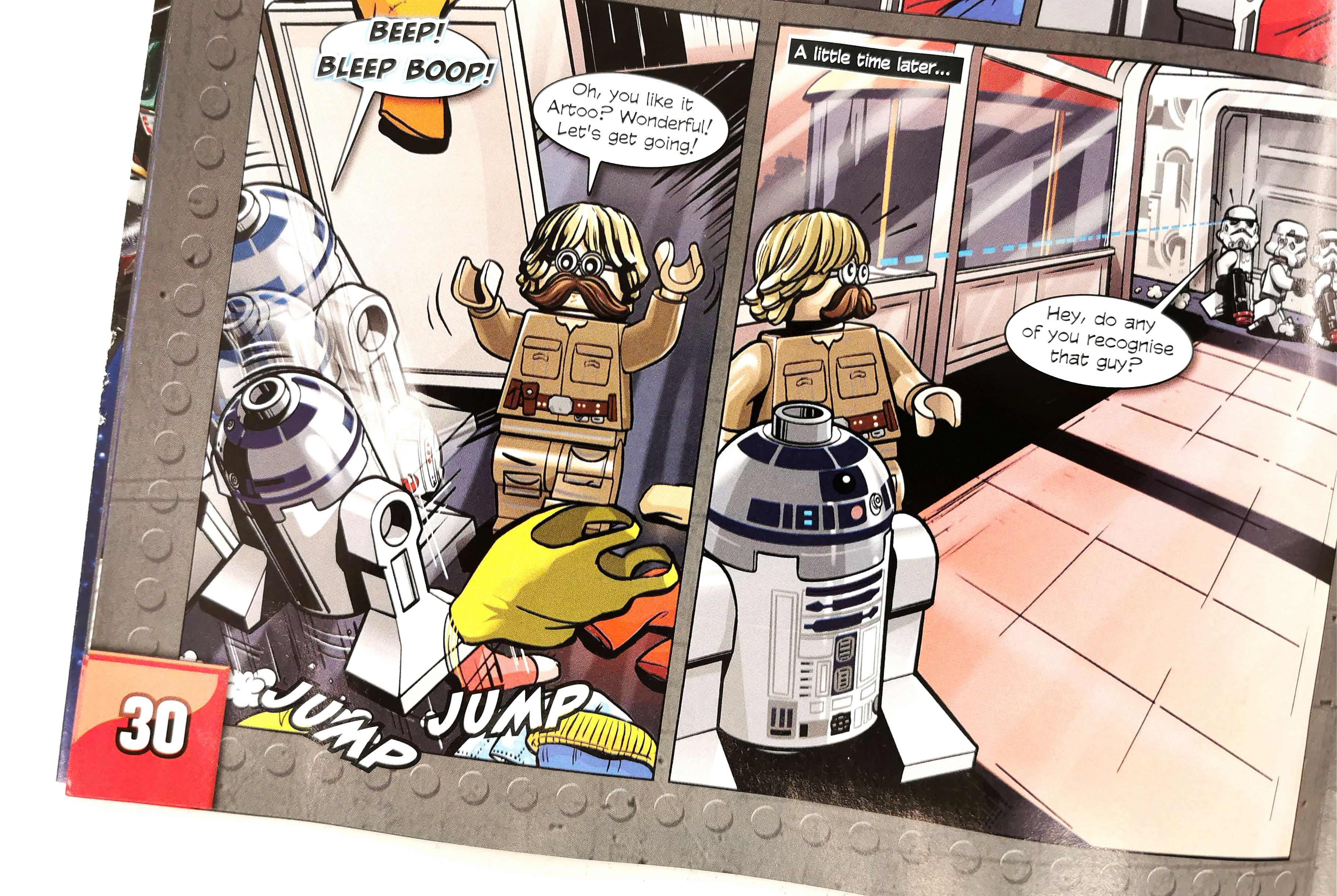 Each puzzle/game is unique and are quite enjoyable to play with a younger LEGO fan. Included in this issue are a handful of mazes, crossword, spot-the-difference, pairs/match, and a turn based dice game that looks very interesting. 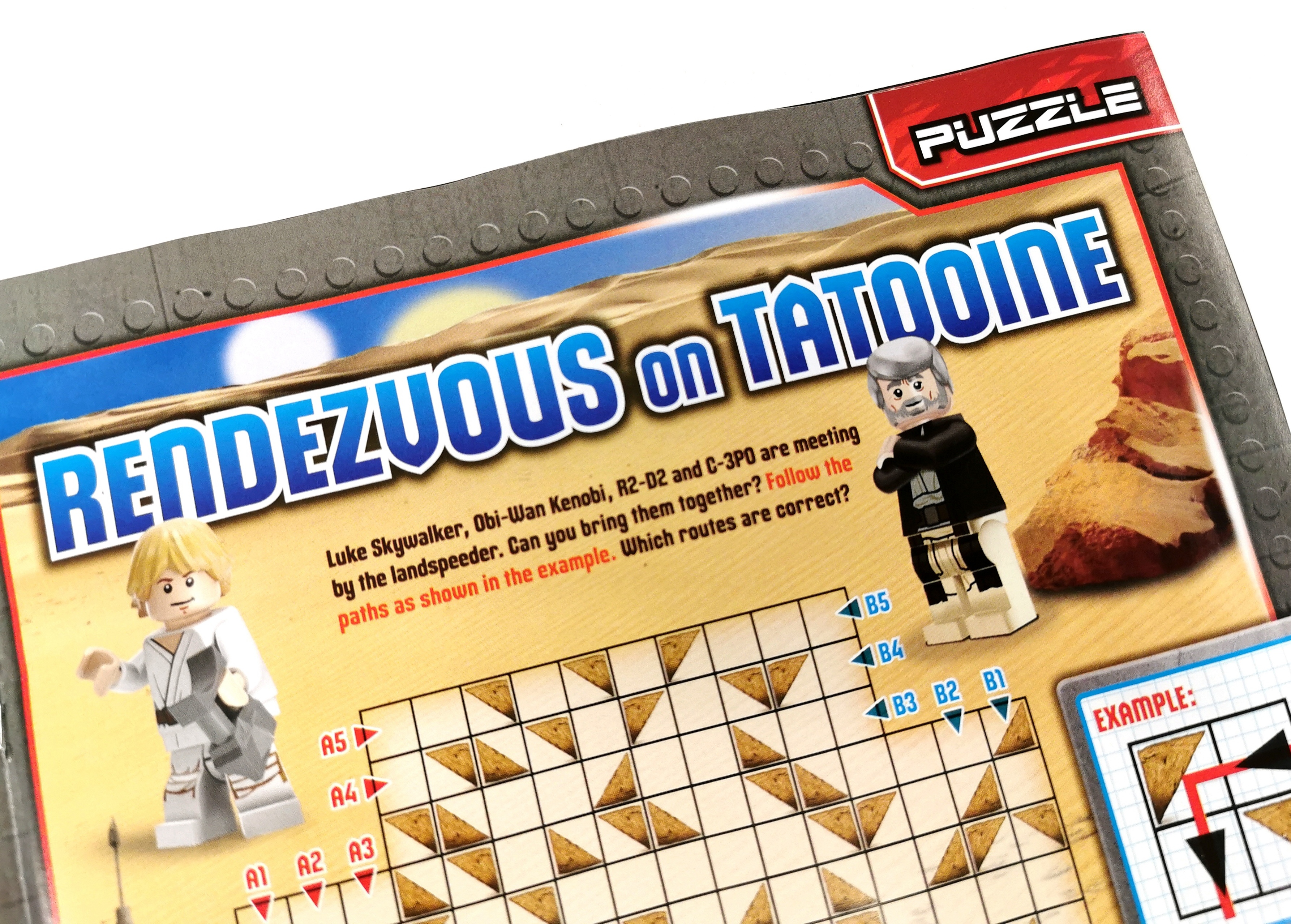 The posters are very collectable too, well in my house they are, with this issue being even more so as it features The Mandalorian and The Child! 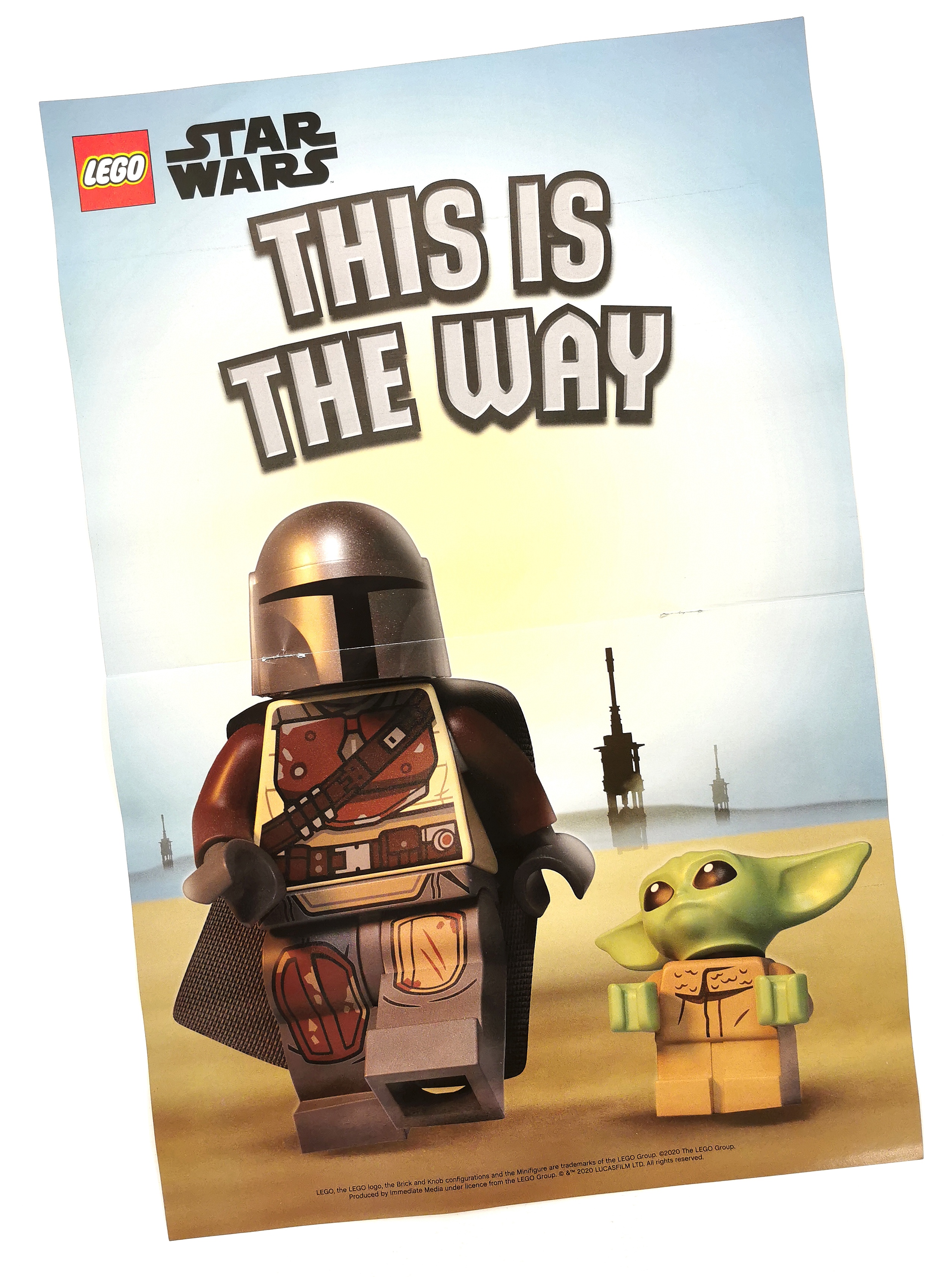 This is most definitely the way!

The other side isn’t too shabby either as it depicts the recent UCS A-Wing Starfighter blasting throu outer Space. 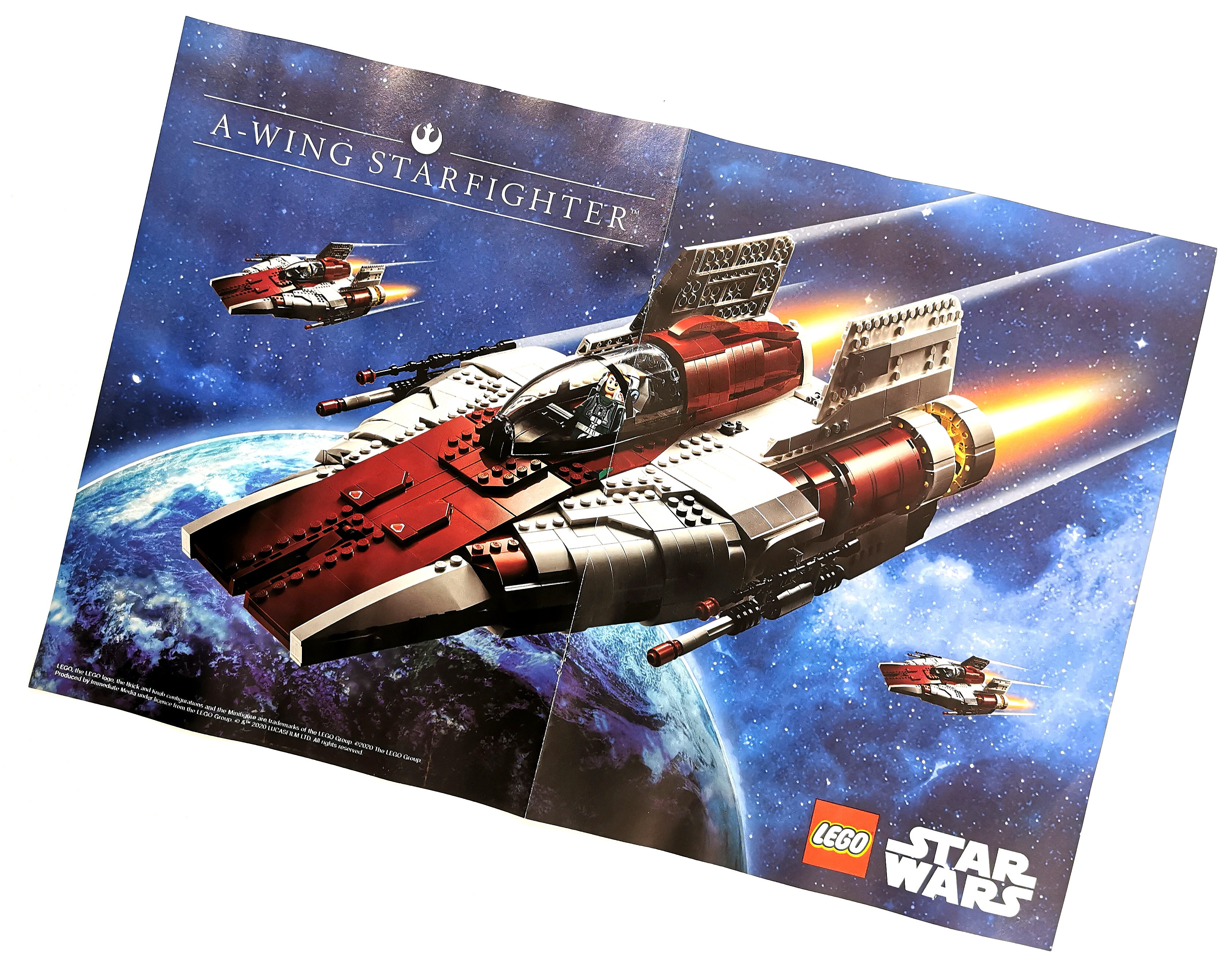 Now for the main event, the main attraction, the LEGO Luke Skywalker Minifigure with his exclusive Bespin print! 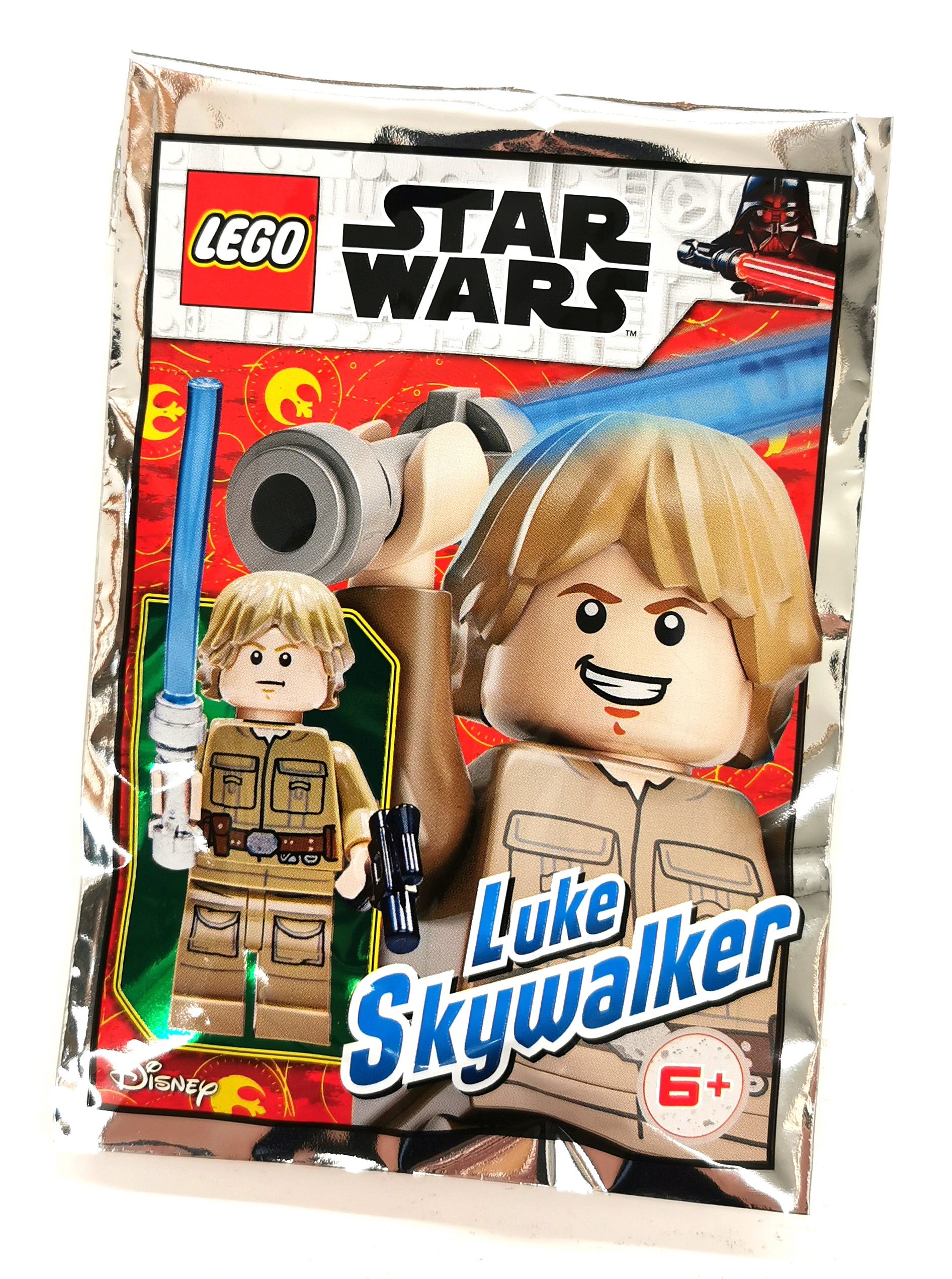 We first saw this combination of parts in the LEGO Betrayal at Cloud City (75222) set shortly followed by the extremely rare and sought-after LEGO Bespin Duel (75294) set. It has taunted many, even some US fans, that weren’t lucky enough to get ahold of the LEGO Bespin Duel Comic Con exclusive.

Having such an in demand and relatively expensive Minifigure attached to a cheap & cheerful magazine is a great way to get it out to the masses and the ones that originally missed out. LEGO may have heard many AFOLs cryout for more exclusives in their magazines, I would like to think that was the case, but we shall see in future issues if we’re graced with more or is this a one off, who knows. 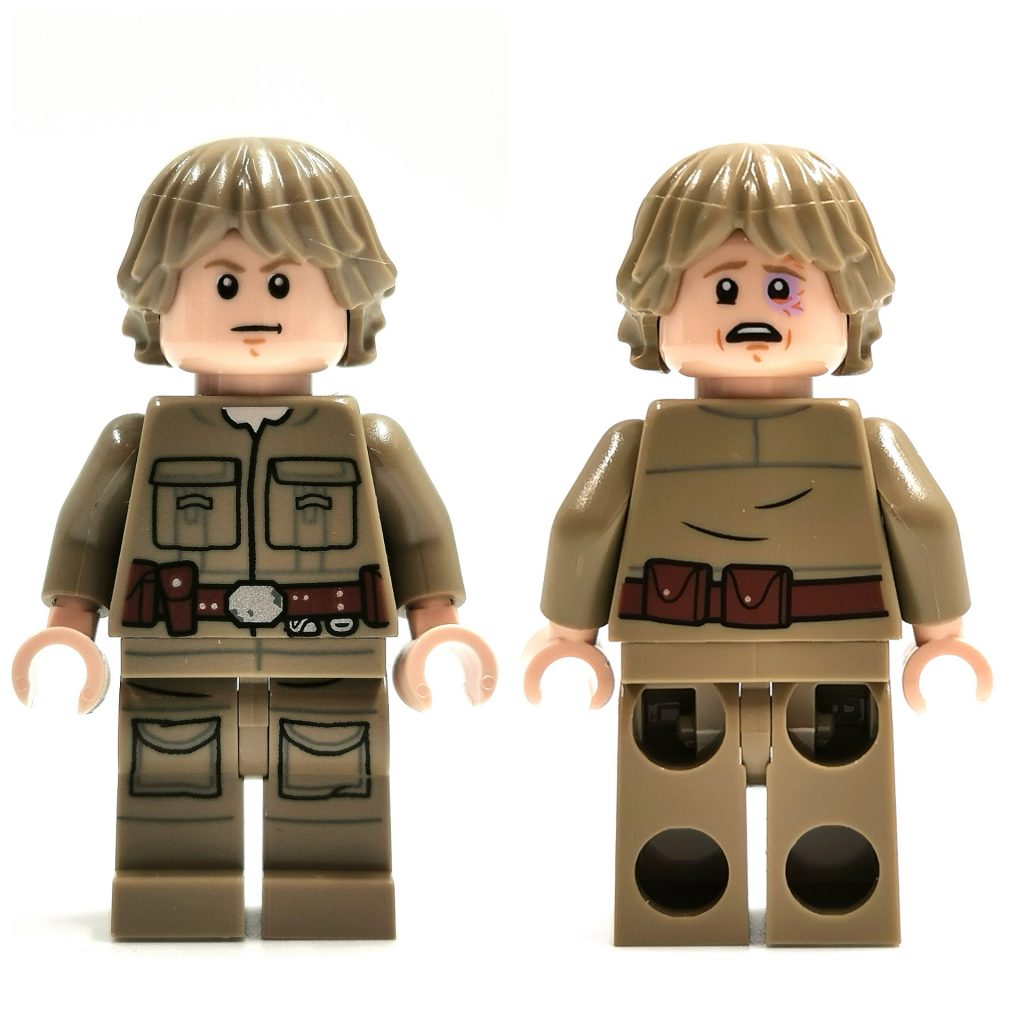 Having alternative faces is always a good thing, it opens the Minifigure up to more possibilities in photography and play. Luke Skywalker sports a somewhat confident smirk on one side and a blackeye and shocked look on the other.

The printing is again outstanding by LEGO and their design team never disappoints. From the crisp lines of the pockets and belt to the detail round the blackeye.

I particularly like the rusted areas and clip accessories on the belt. There is even substantial printing on the back, with two belt bags/pockets and crease lines.

Luke Skywalker comes complete with his Lightsaber and Blaster which compliments and pads out the otherwise small foil bag. 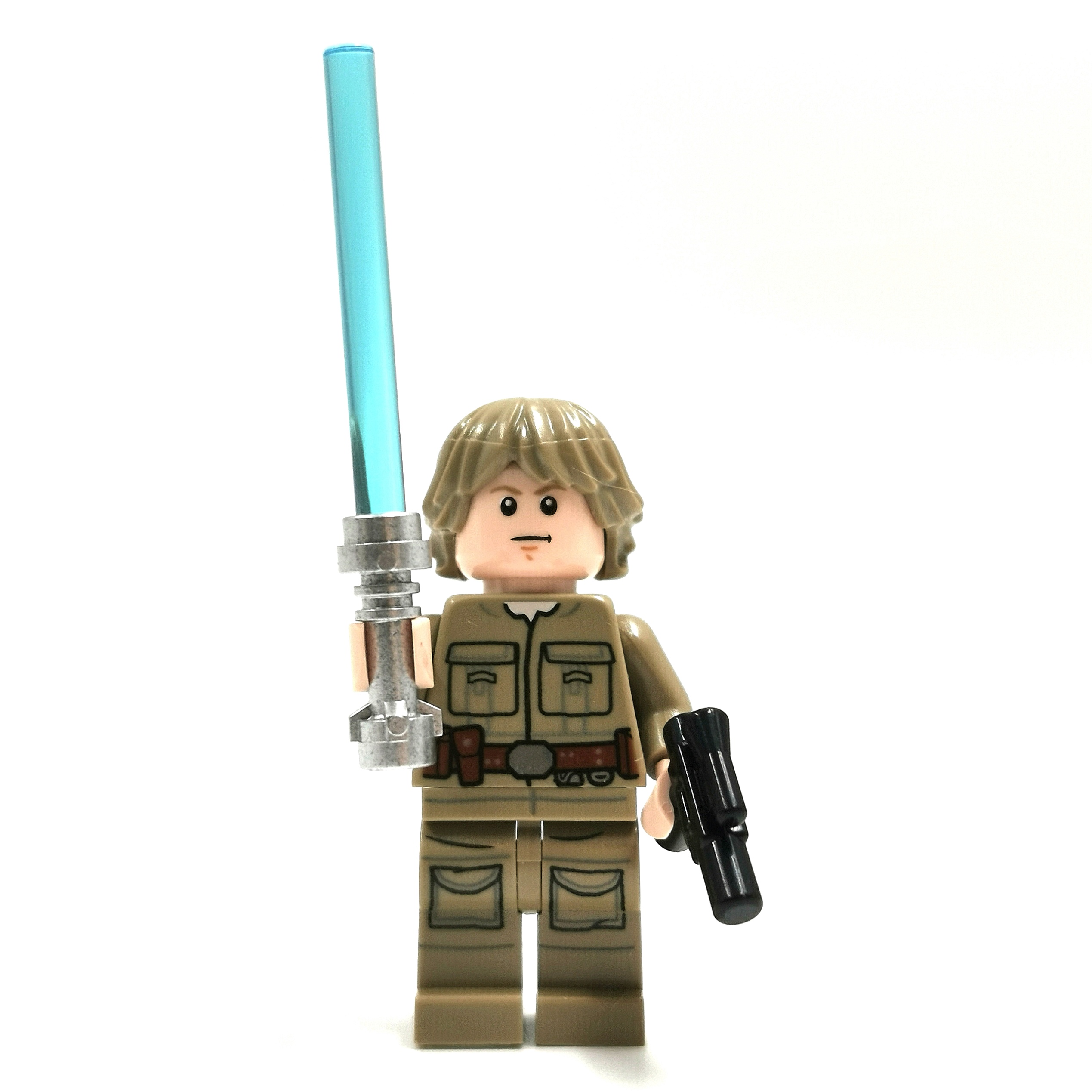 With regards to the cost of this particular issue it stands at a very reasonable £3.99, which is great in itself but to come packed with great magazine content and a very exclusive Minifigure is beyond amazing, it truly is well priced and definitely a bargain!

As always the freebie is announced that comes with the next issue. It’s another Jedi Interceptor, this time we get treated to Obi-Wan’s ride. This issue lands in stores 16th December. 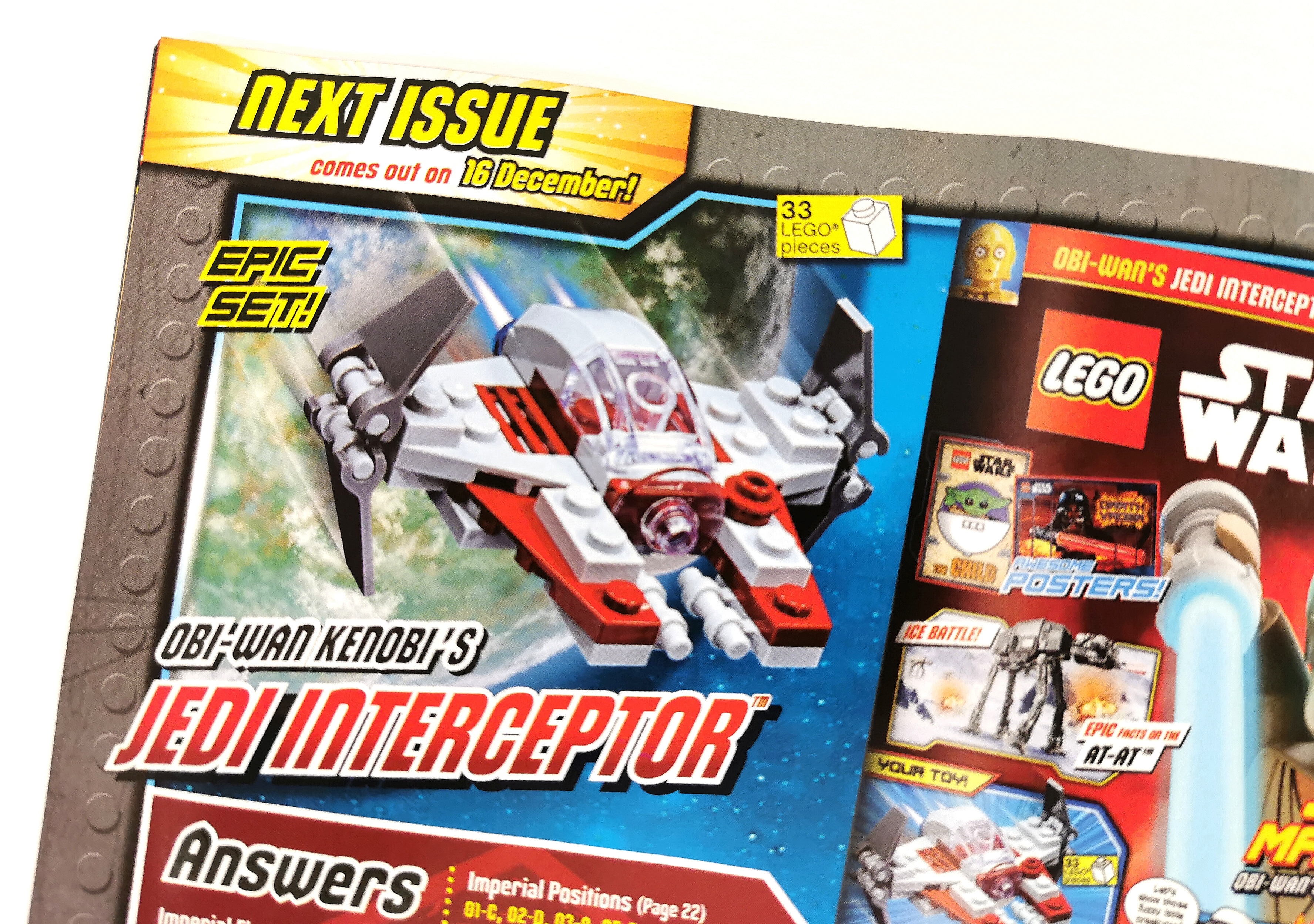 What do you make of this issue, will you be rushing out to grab a copy? Does it live upto the hype? Let us know in the comments below. Don’t forget to give it a ‘reaction’ using our custom LEGO head emots. 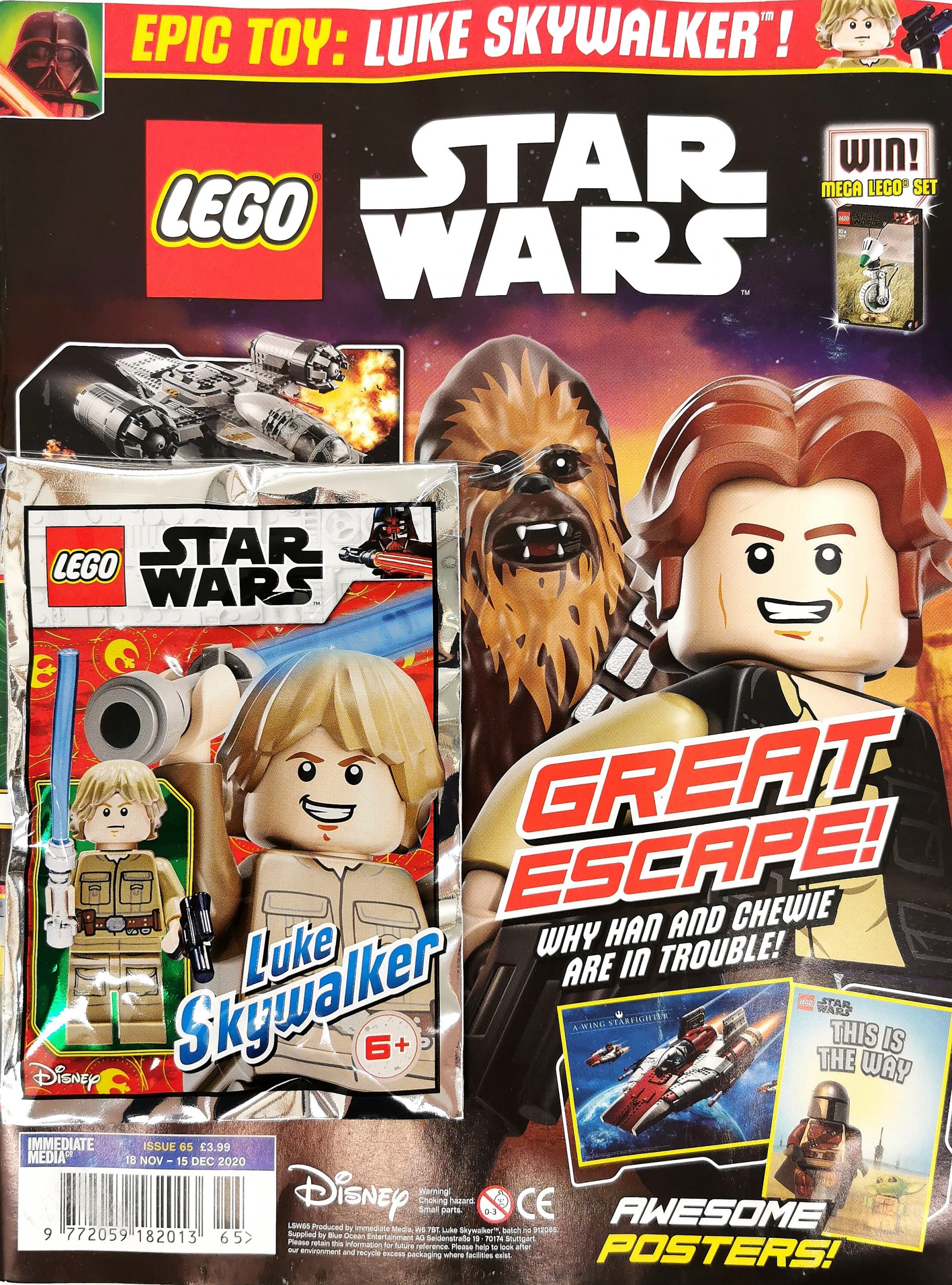 Overall a typical LEGO Magazine, the usual comic stories, puzzles, mazes etc. The double-sided poster in this issue is truly a hidden gem as it hosts The Mandalorian and Child on one side and UCS A-Wing Star fighter on the other. The Bespin Luke Skywalker Minifigure however is definitely the jewel in the crown here. Finally LEGO have heard us and included a relatively exclusive freebie! 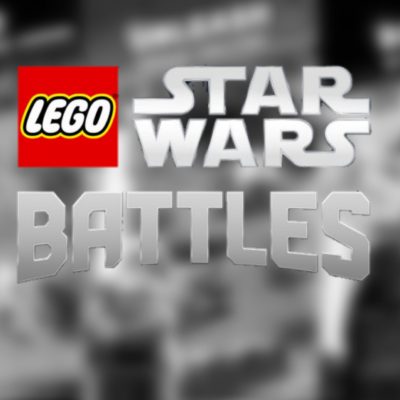 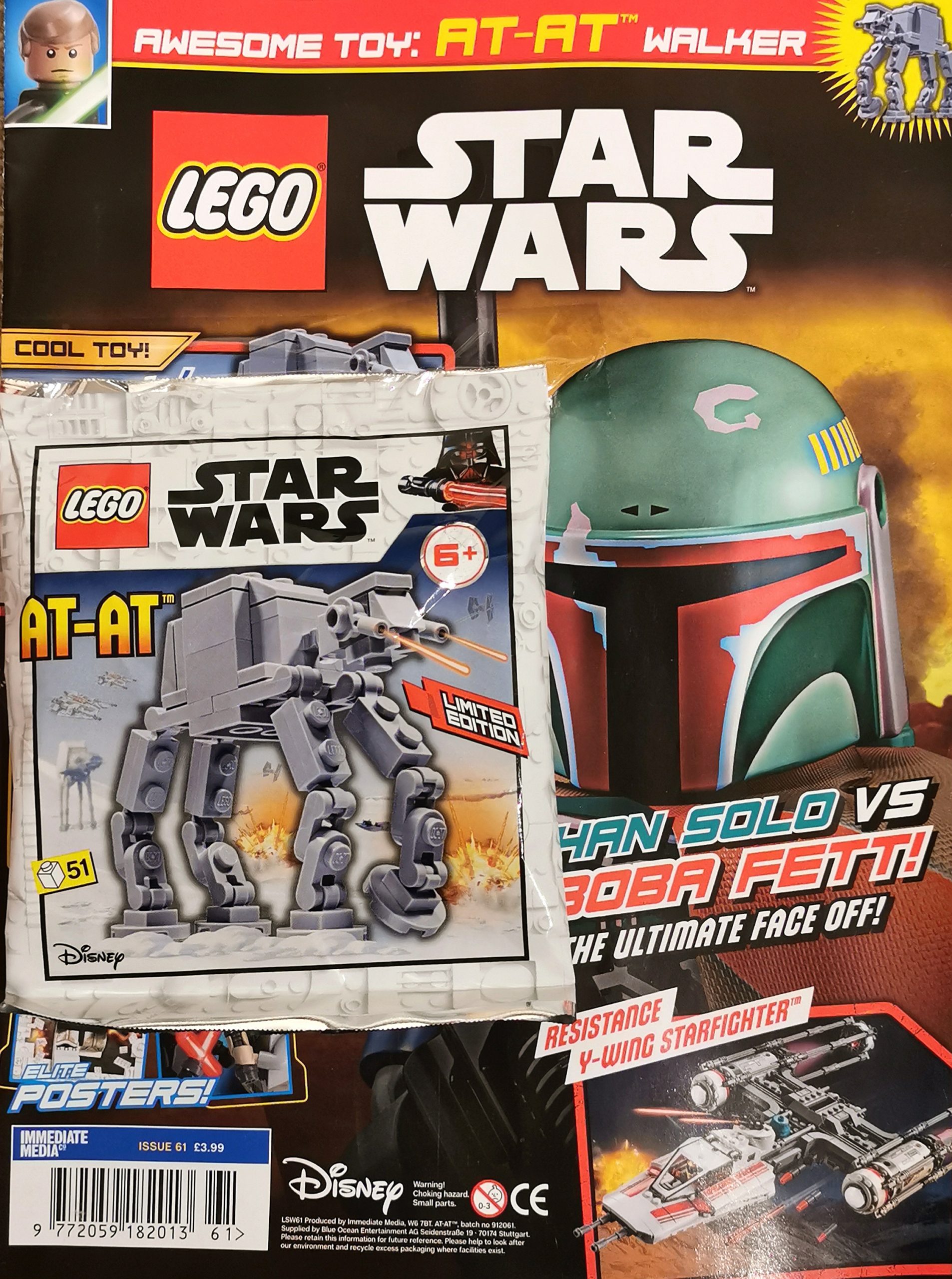