Anyone that knows me or follows my YouTube channel know that I love Mechs! I love to display these as there are so many different styles and unique building techniques and when the Ninjago Zane’s Titan Mech Battle was released it was a no brainer!

Containing 840 pieces, 4 minifigures (including a 10 year anniversary minifigure) and retails for £54.99 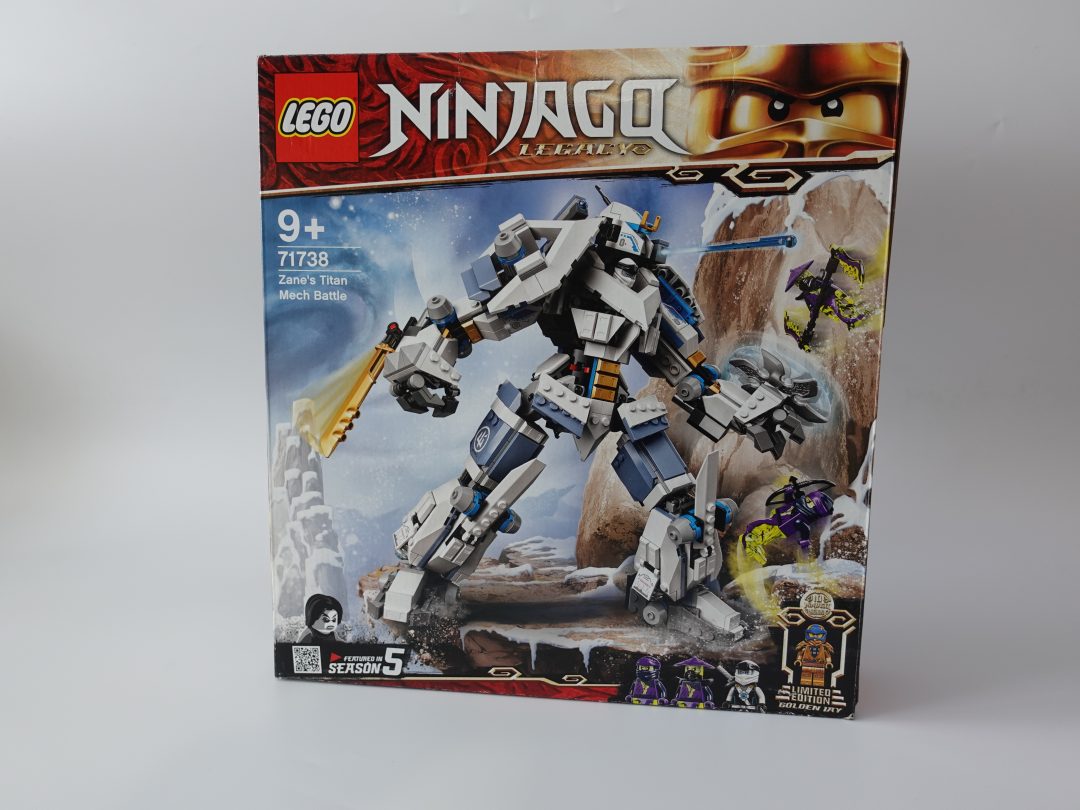 I must say that the box art for the Ninjago theme is always pretty good and this one is up there with the best of the Ninjago ones, it highlights Zane’s mech very well and you see exactly what is on offer with this set. The minifgures are on the bottom right and highlighted is the limited edition Golden Jay!

If you are new to the mech sets this one has some very nice and new techniques that may be a little challenging and if you are a seasoned mech builder these new techniques bring a fresh change to building a mech. What am I talking about? Those knees!!

On a lot of the mechs that LEGO release the knees seem to be fixed or build at a strange fixed position, however with this mech the is a really cool ball and socket joint that I have not seen LEGO use before n a mech and it is an amazing way to build the knees. Finally we have a way to move and pose  large mech. 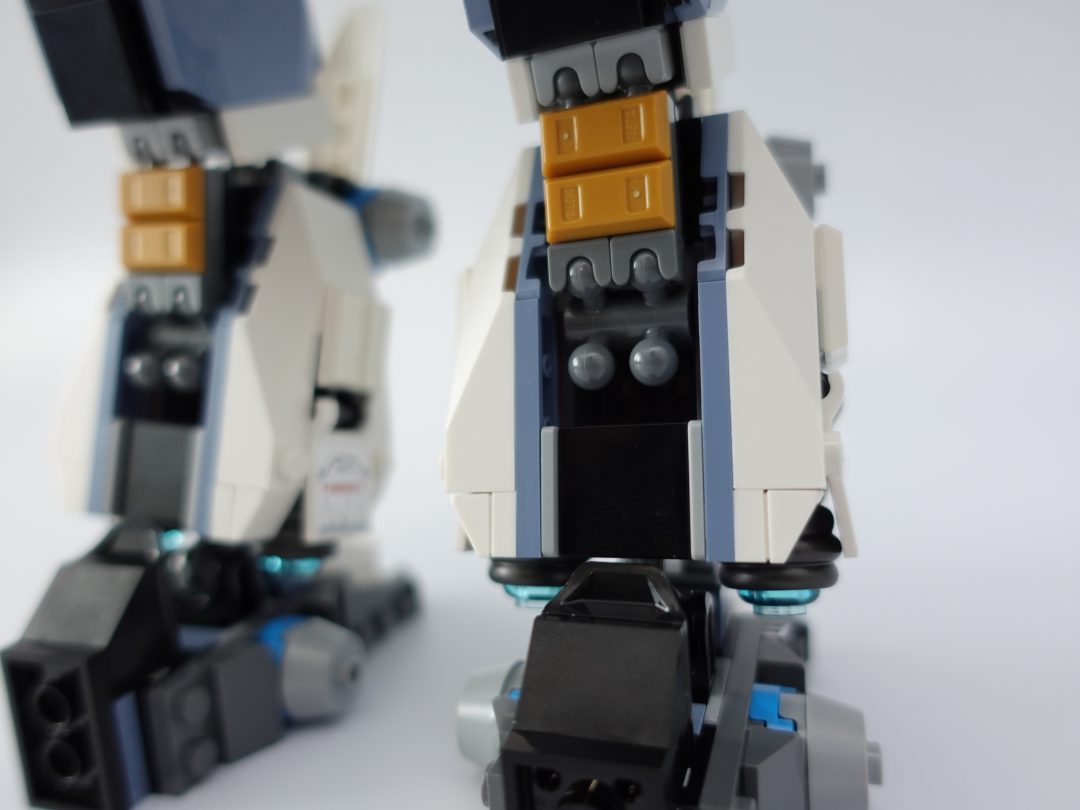 The rest of the build is really good and every part of this mech has a really fun build, the feet, legs, arms and the torso are really cool and look amazing. The build for the head is one that I really like, some people say its too small, but I think it is almost perfect and it reminds me of a “Gundam” style oriental head, it could have possibly been 1 tile thickness wider but I think this would have thrown off the design. 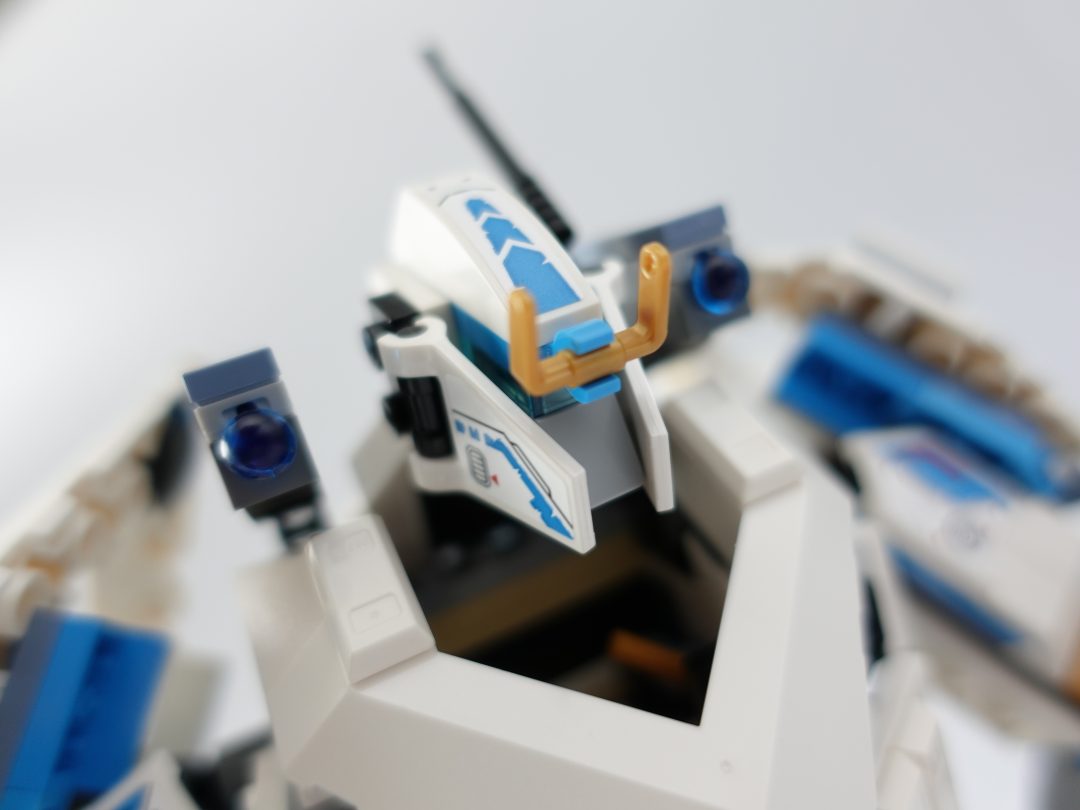 Included in the set is 4 minifigures, 3 relating to the set and 1 golden minifigure. Lets start off with the Golden Minifigure, as it is the 10 year anniversary of Ninjago this year LEGO have decided to release a golden minifigure with each of the Ninjago sets, if you are a completionist you will have to buy them all, this set comes with a Golden Jay Minifigure with a small buildable display stand. The minifigure is a really nice one ad looks great on its stand with a printed 2×2 round tile. 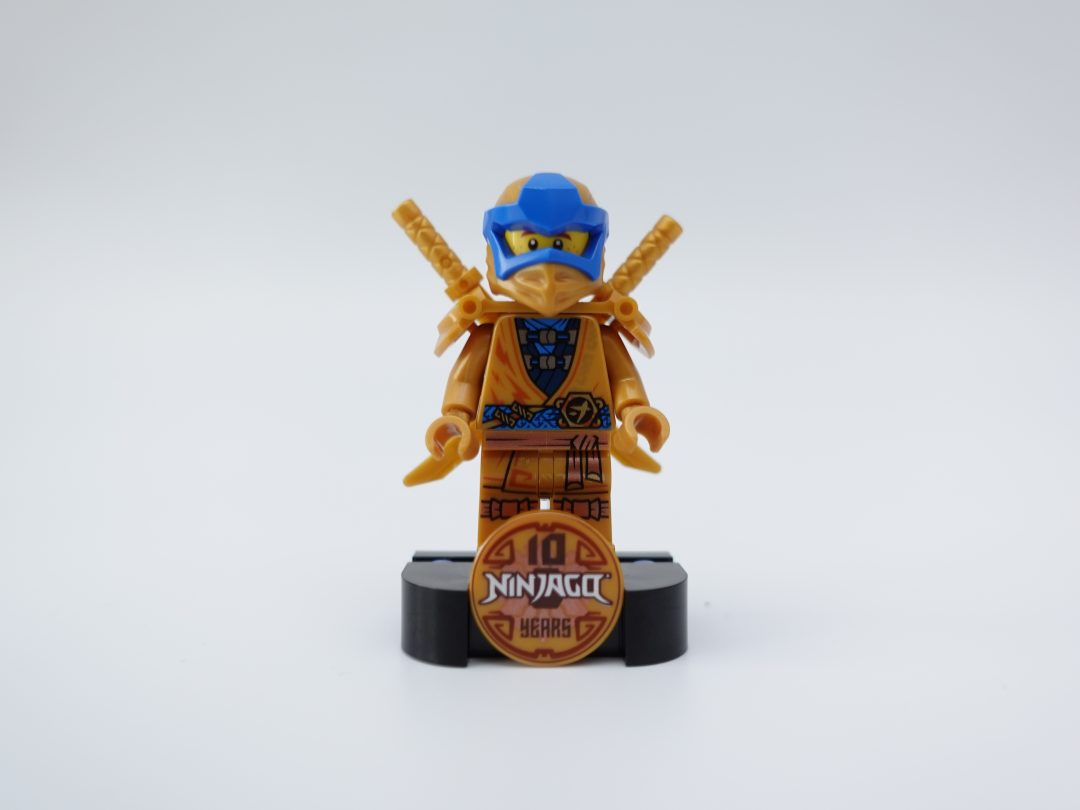 The other 3 minifigures are, as expected with Ninjago, really good and have amazing printing. Zane has black legs with a black torso with white arms and black hands and the printing on the torso and legs I really crisp and clean looking, he comes with his ninja hat/mask (cant think what its called) and he also comes with his hair piece so that you can swap it around. Also in the set is 2 “baddies” a Ghost Warrior Ghoultar and a Ghost Soul Archer. They both use the same torso, leg pieces and heads but have a different hat and mask element, these do look amazing and I really like the dual moulded ghost legs. The trans-yellow/green compliments the purple really well. So we get 4 great minifigures with this set! 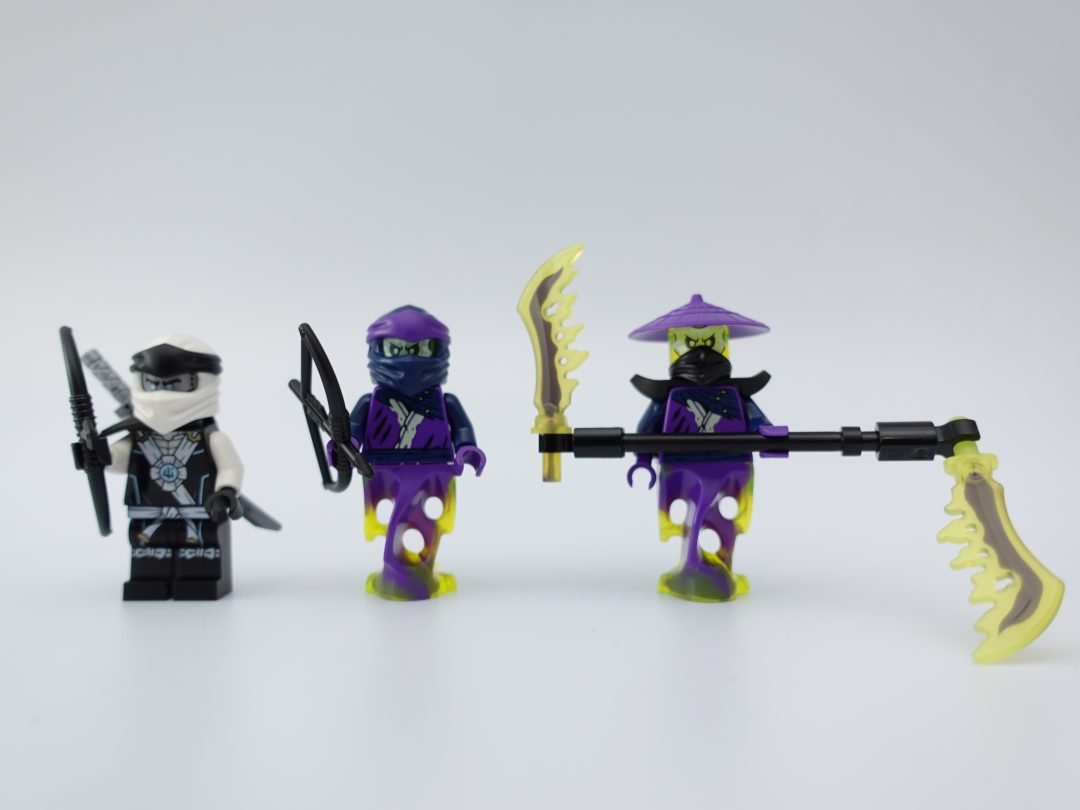 Overall this is a great set, if you love Ninjago or love mechs this is a purchase you must make! The mech build is amazing and has some new techniques and the colours are really nice, with sand blue being one of my favourite colours. The mech displays really well, especially being able to pose it more with those knees. The minfigures are also a great addition to this set and adding that Golden Jay makes the set more desirable to collectors. For £54.99 its a great price, when comparing it to the Fire and Stone mech which retails at £64.99, it is ever better!   Definitely one to add to your collection!

If you want to check out my full video review please follow the link: 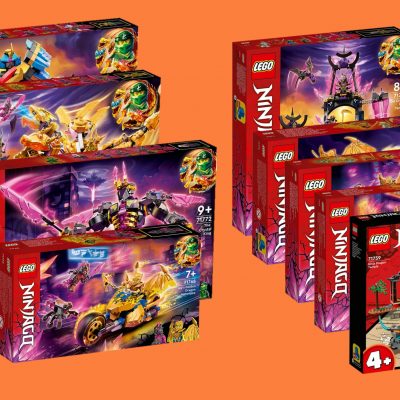 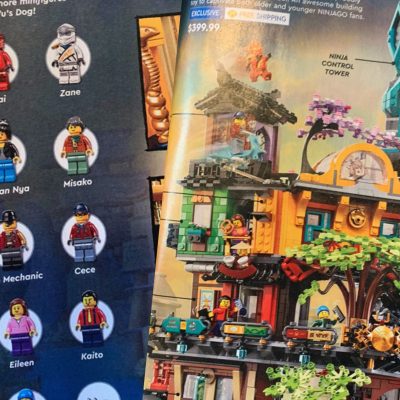