Has it really been two years since we last saw these highly collectable trading cards?!

Today Sainsbury’s have confirmed a new wave of their popular LEGO Trading Cards, which previously saw over 400 millions cards collected within the six week period, that’s a lot of collecting and swapping 🤗 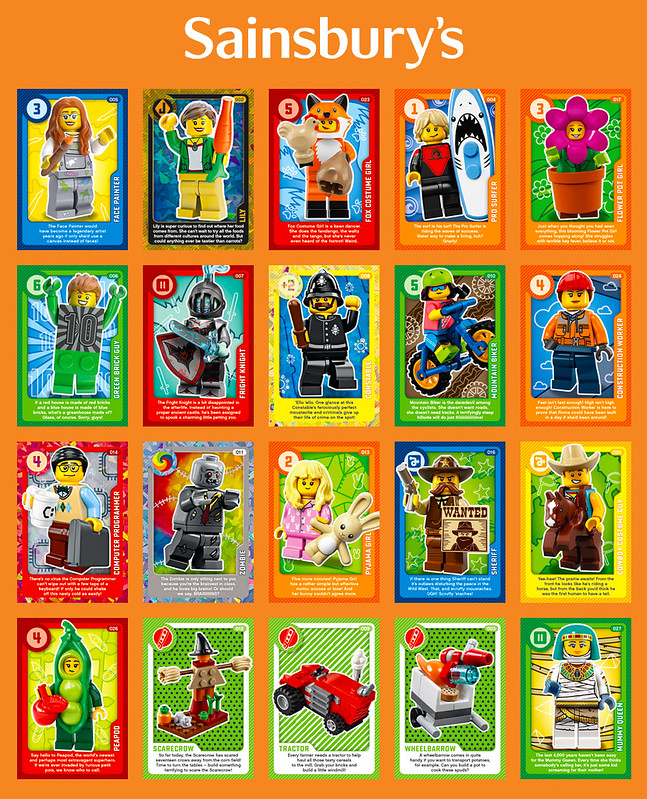 The deal seems to be the same, buy an album and get 2 packs for free, and every £10 spent in-store gets you one pack of four cards. Additional booster packs (of two cards) can be purchased for 50p.

This Year’s theme is centred on Food and is set to inspire and educate children about different cultures and their food.

Will you be collecting these? Let us know in the comments below!

LEGO® Fans Rejoice: Cards and Collectors Album return exclusively to Sainsbury’s this Autumn
Last time they were available in 2018, the nation collected over 400 million LEGO® cards over a six-week period
Now, LEGO® Cards and Collectors album are set to return to Sainsbury’s exclusively on 16th September
One pack of four cards is FREE for every £10 spent in-store and online, whilst albums cost £2.50 and two packs of cards will be gifted for every album purchased
The album aims to educate children about where in the world different foods come from.

The album aims to inspire and educate children about different foods from around the world, and the theme this year will take children on a journey to discover where on the planet different ingredients come from. With LEGO® characters Lily and Sam, children will travel through seven chapters in the album each focusing on a different continent, learning about the importance of eating different food groups and their nutritional value in a fun and engaging way.

This is the third time Sainsbury’s has launched LEGO® Cards and Collectors Album. Each year they prove incredibly popular, so collectors can rejoice at the news they are returning this September. Last time they were available in Sainsbury’s, the nation collected over 400 million cards in just six weeks. What’s more, the LEGO® collector albums were so popular in 2018, over one million LEGO® albums were sold.

“It’s important to teach children about nutrition and healthy eating from a young age, so we can’t wait for our latest release, helping bring the importance of food and diet to life in a really fun and creative way.”