LEGO kicks off the 2021 Rebuild the World #BuildtoGive Campaign today, which helps Children around the World!

All you have to do to get involved is build a star out of LEGO bricks and share it on social media. The LEGO Group then donates a LEGO set to a Child in need, Children’s Homes, and vulnerable communities, this coming holiday season. 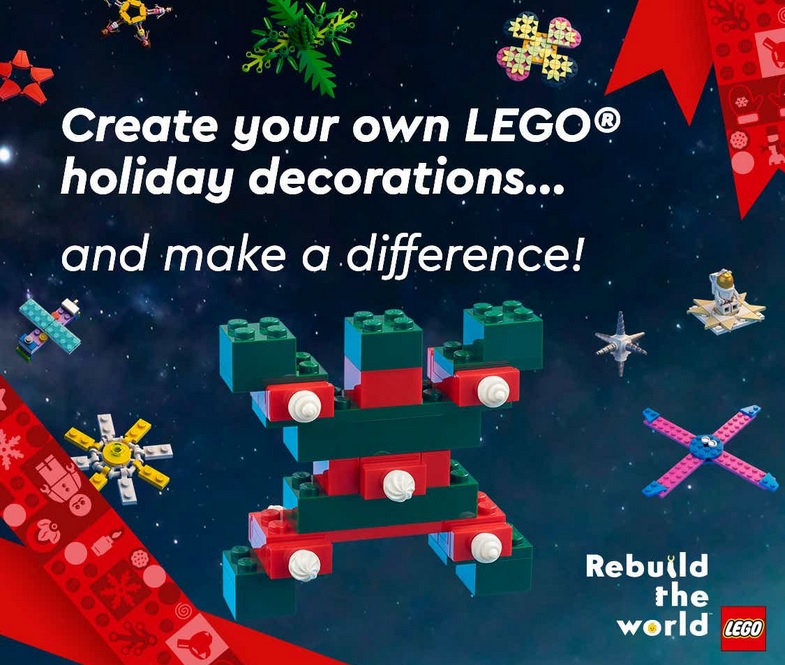 It’s not a new initiative either as it started four years ago, making this its fifth year going. Last year they donated over 1 million sets, which you’ll agree is incredible, but this year they are hoping to top that goal and hit the 1.5 million mark.

LEGO has a helping hand with distribution too through their network of charity partners in 29 countries around the World!

Read more about it below:

The LEGO Group asks families to build a star and make a difference
Through #BuildToGive, the LEGO Group is encouraging families to get creative and help bring the joy of play to 1.5 million children in need.

Billund, November 4, 2021: For many people around the world, the holiday season is a time for togetherness and laughter, but for a lot of families it can be a challenging period. To help make the holidays brighter for children in need of play, the LEGO Group is encouraging everyone to grab their bricks, build a star – small, big, or wonderfully weird – to help pass on the joy of play as part of its Rebuild the World #BuildToGive initiative.

For the fifth consecutive year, #BuildToGive will once again invite fans and families to come together and get creative to make a difference. According to the LEGO Play Well study, 96% of parents think that play helps strengthen family bonds(1), with #BuildToGive providing the perfect opportunity to play and have some fun together, whilst helping give another child a joyful play experience.

For every star built and shared on social media or LEGO Life using the hashtag #BuildToGive before the end of December, the LEGO Group will donate a LEGO set to a child in need, giving children in hospitals, children’s homes, and vulnerable communities the chance to play this holiday season.

Last year, the company donated more than 1 million sets and this year it wants to take that even further, with a goal of bringing LEGO play to 1.5 million children around the world. The sets are distributed through the LEGO Group’s network of local charity partners in 29 countries around the world.

“For generations and across cultures, people far apart have felt connected to one another while looking at the same starry sky. That’s why we’ve put them at the heart of our #BuildToGive initiative this year – to connect families around the world through play at this time of togetherness and celebration,” said Kathrine Kirk Muff, Vice President of Social Responsibility at the LEGO Group. “Over the last four years, thanks to fans and families around the world, we have donated millions of LEGO sets to children in need of play through #BuildToGive. This year will be our biggest to date, as we aim to share the gift of LEGO play with 1.5 million children and hope that everyone from little builders to expert ones have some festive fun building stars while taking pride in the fact they are helping to make a difference.”

The #BuildToGive campaign is just one example of how the LEGO Group works with a range of charity partners and the LEGO Foundation to bring play to children in need in communities around the world. These programs provide children with opportunities to develop life-long skills such as problem solving, collaboration and communication to help them succeed in the future. In 2022, the LEGO Group aims to reach eight million children around the world with learning through play.

The LEGO Group is launching #BuildToGive with a global campaign video showing families coming together to build their stars. The #BuildToGive page on LEGO.com will be filled with building inspiration as well as star building tips to help families to get their creative juices flowing. The LEGO Group is also making a series of collectible #BuildToGive gift cards which will be available in LEGO Retail stores during the holiday period.

You can find out more information about the campaign and how to get involved at LEGO.com/BuildToGive.

What LEGO Sets to get for Christmas, according to DreamToys! 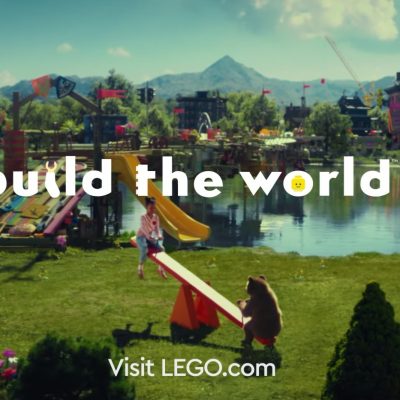