LEGO have announced that their LEGO Digital Designer Program will be officially replaced by LEGO BrickLink Studio by the end of this month, becoming the new official 3D building app!

LDD has been around since 2004 and has had a long reign at the top as the official modelling program to design LEGO sets and ideas with, but now the highly popular BrickLink Studio is taking over. 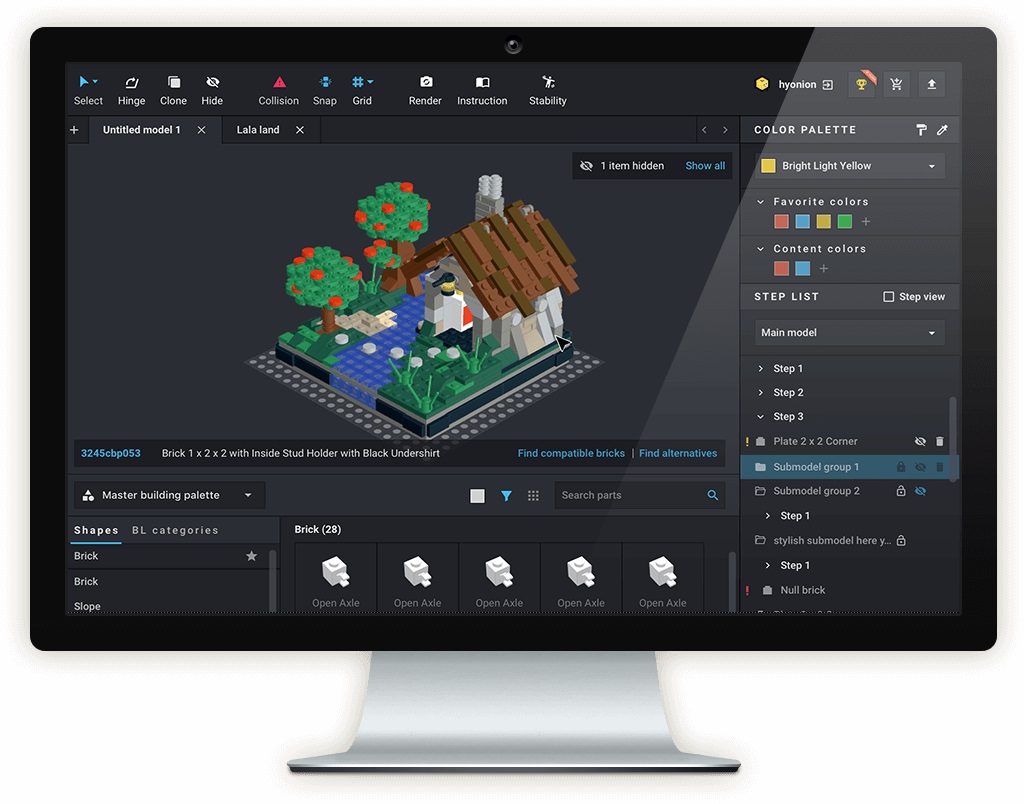 BrickLink created its own brick designing program back in 2014 and has since grown a massive user base and has even supported its now predecessor LDD. It has since gained the moment and fan base to become the World’s leading and most used digital rendering space.

For official details please read the stay below. As always please use the comments area below to let us know your thoughts on this.

Billund, Denmark – January 12th, 2022: Today, the LEGO Group announces that BrickLink Studio will replace LEGO Digital Designer as the official virtual LEGO building software going forward. The LEGO Digital Designer (LDD) website will close on January 31st, after which time LDD will no longer be available for download. While downloaded versions of the LDD application will continue to work, people are encouraged to download BrickLink Studio, import their LDD files, and use Studio for 3D LEGO building files, and use Studio for 3D LEGO building.

LEGO Digital Designer was released in 2004 as the LEGO Group’s 3D building tool. LDD pioneered real-time rendering of LEGO bricks, virtual brick connectivity, and the compact LEGO Exchange file format (LXF) which made LEGO models built in LDD light and portable. It has played a prominent role in various offerings, from LEGO Factory, LEGO Design ByME, LEGO video games and movies. Now after almost twenty years since its conception and eighteen
years in distribution, LEGO Digital Designer will retire and pass the mantle to BrickLink Studio as the officially supported and maintained 3D building application.

and fun for children – to play with and share their creations online.” said Ronny Scherer, producer of the first-generation LEGO Digital Designer. “I am so impressed with how the community of creators has evolved. Builders—enthusiasts and professionals alike—have used LDD in wonderful and unexpected ways. They took ownership and created the most amazing virtual LEGO models and have grown the virtual building ecosystem. I am so proud of the team behind LDD and the greater virtual building community. They have truly inspired a generation of digital LEGO creators.”

Tormod Askildsen, head of AFOL Engagement for the LEGO Group, has been intrigued by digital building since using LDD to bring alternate model instructions for the LEGO Factory Hobby Train set to market in 2007. “When the LEGO Group acquired BrickLink,” Askildsen said, “one of the things that impressed and inspired us was their purposeful development of the Studio software. For digital building to be not only a nice feature for some, but a meaningful part of many people’s LEGO building experience, it must be an integrated and useful part of both the design, the building and the sharing experience. The talented team behind Studio see this clearly and continue relentlessly to further innovate and improve the Studio experience”.

In 2014, then-independent BrickLink created the BrickLink Studio software as a free virtual LEGO building tool. Studio was built on the industry-standard Unity gaming engine and is designed to integrate with the BrickLink Marketplace. Its .io file format is based on the fan community-developed LDraw standard with part connectivity data added to give digital bricks clutch power. Users can import LEGO models built in LDD, LDraw, and other popular tools. Studio includes useful features like model stability checking, built-in photo-realistic rendering, and an integrated instructions maker.

“Studio was created because at BrickLink, there is a great belief in how digital LEGO building could unlock true potential of everyone’s creativity by lowering the entry barriers and motivating people to inspire each other,” says Casper Thingholm, Head of BrickLink. “Going forward, the Studio team will continue to focus on making digital building as intuitive as physical building, and encourage even more builders to share their creations to inspire and help each other.”