As with all new LEGO sets recently there have been plenty of leaks and details floating around the Internet, none more so than this particular set, but as promised the unveiling came today, 13th November, for the long awaited official announcement of LEGO Colosseum 10276! 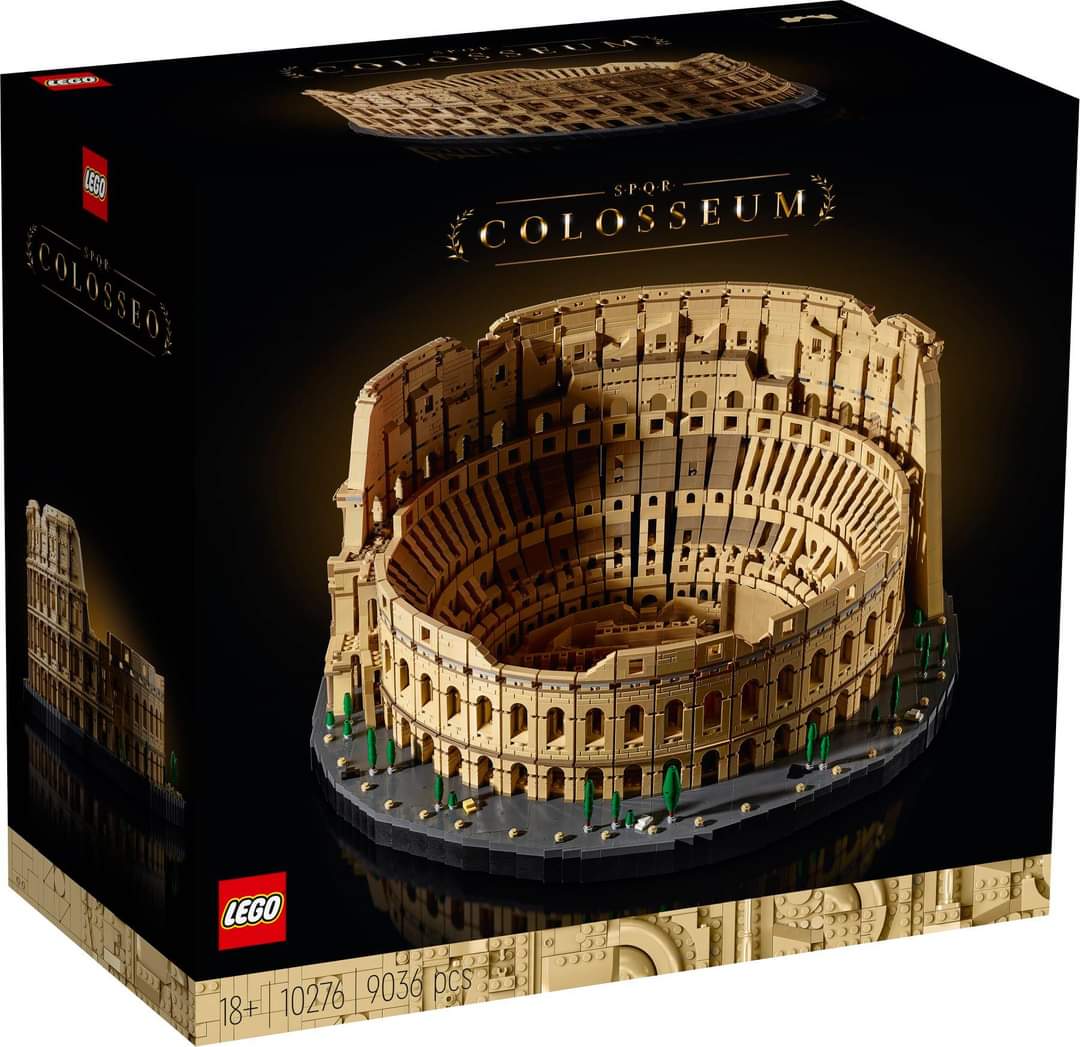 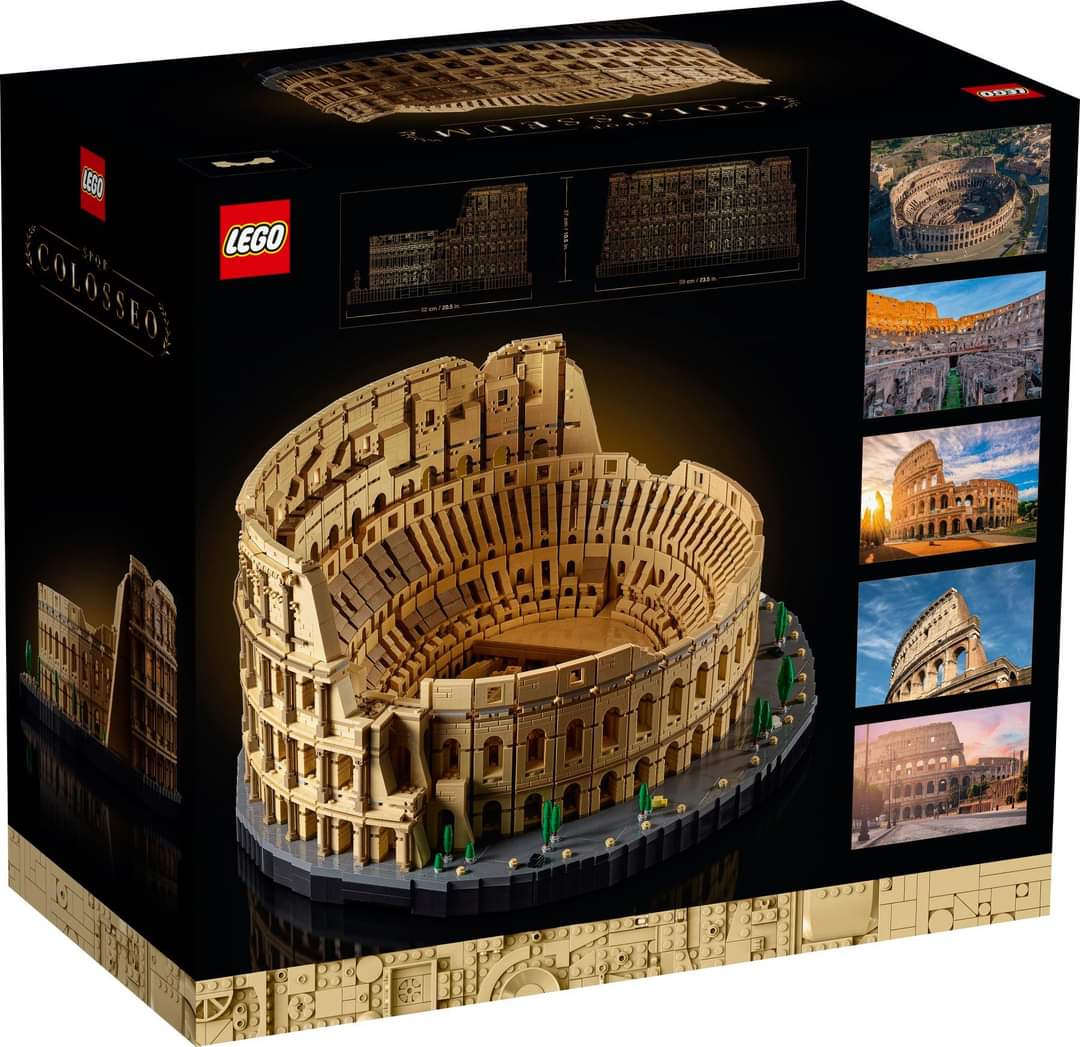 First spotted in the background of the LEGO Creator Expert Fiat 500 (10271) box art followed by the teaser by LEGO Italy only a few days ago.

This will be the largest LEGO set ever made in terms of part count, coming in at a whopping 9036 individual elements! 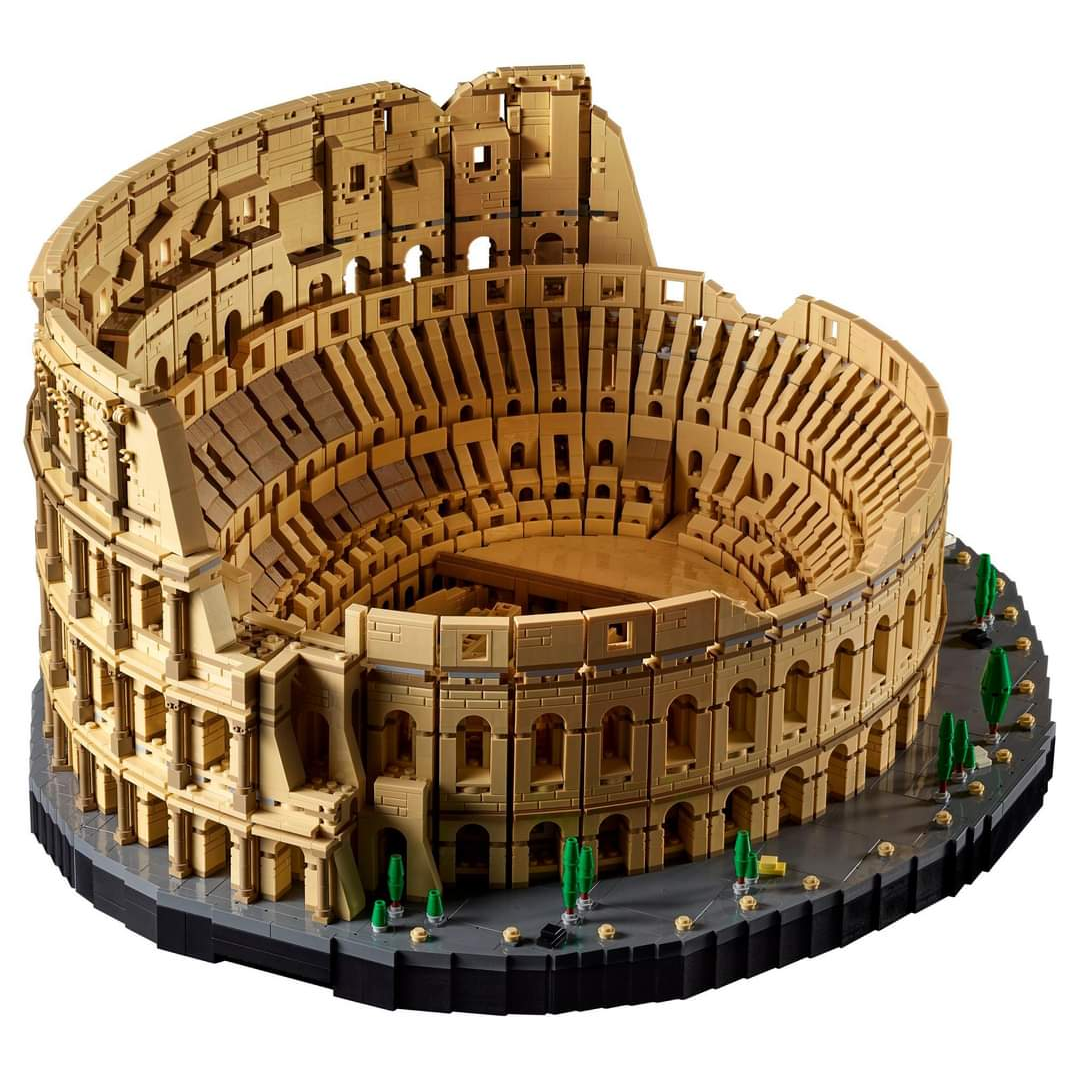 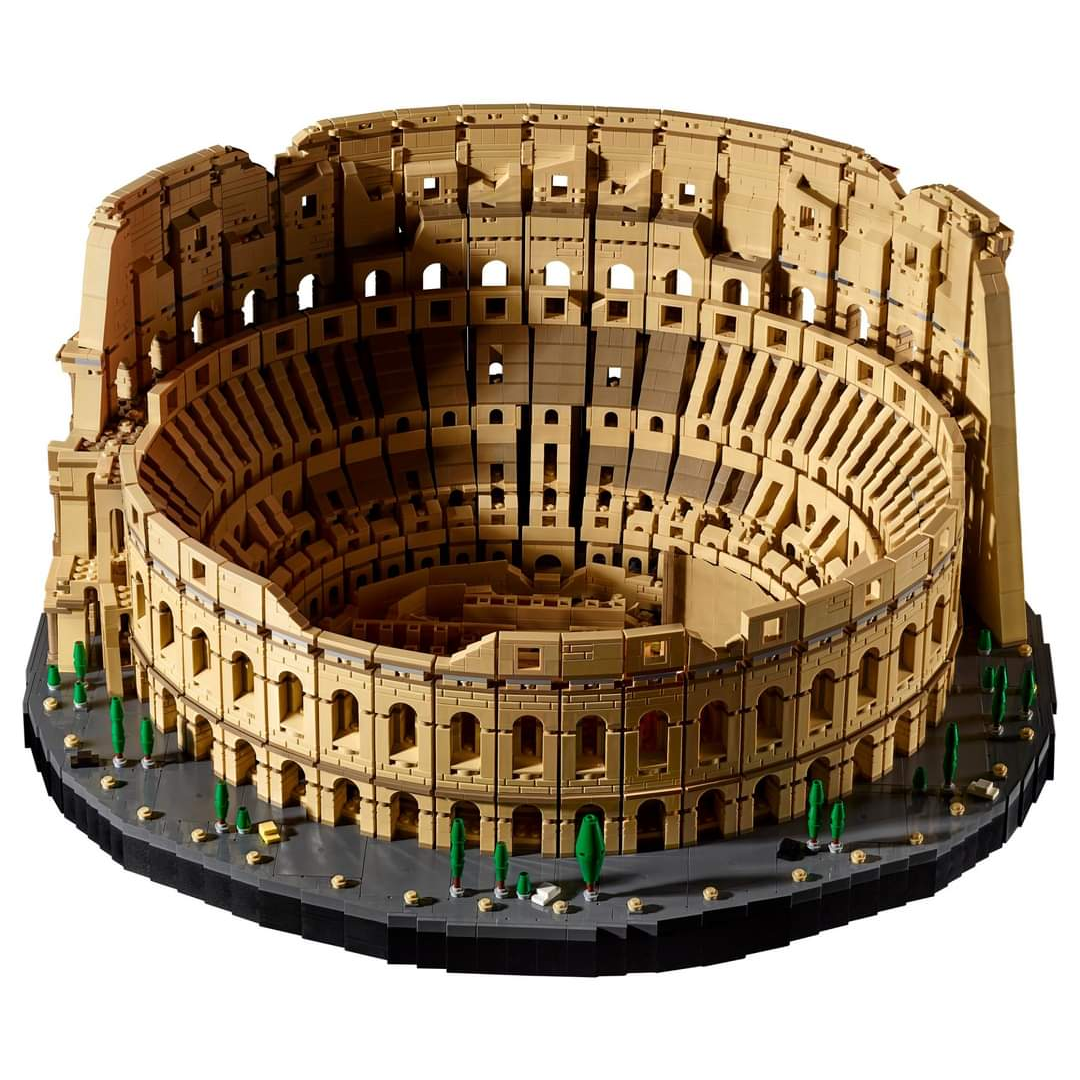 Standing at a height of 27cm, a width of 52cm and depth of 59cm it’ll need a big space to display it, so start making way for it now ready for a day one purchase! 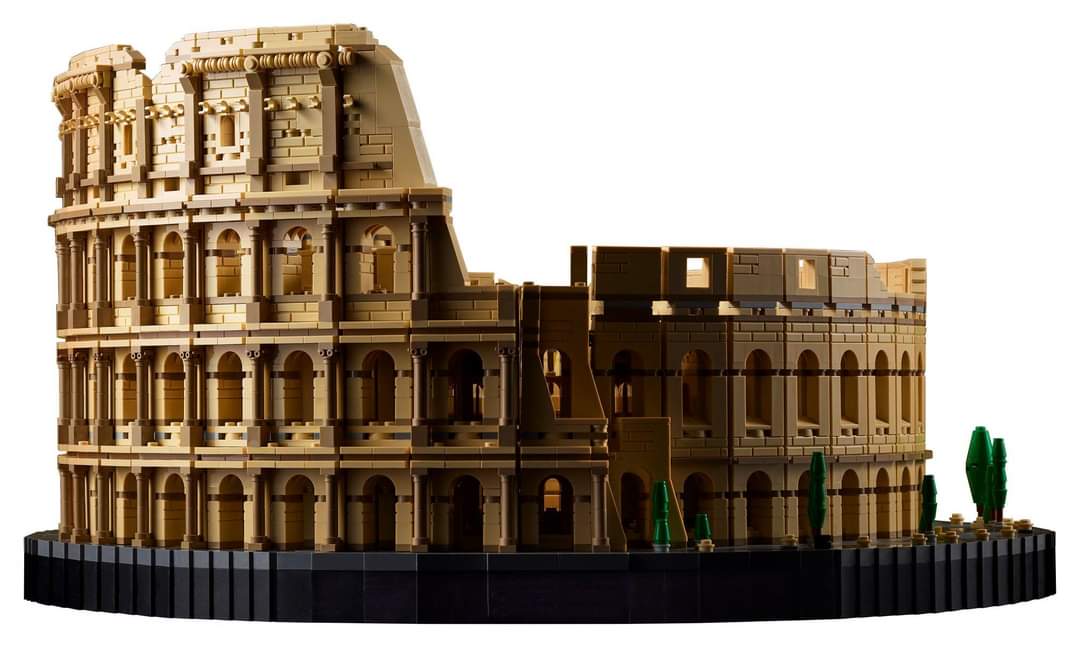 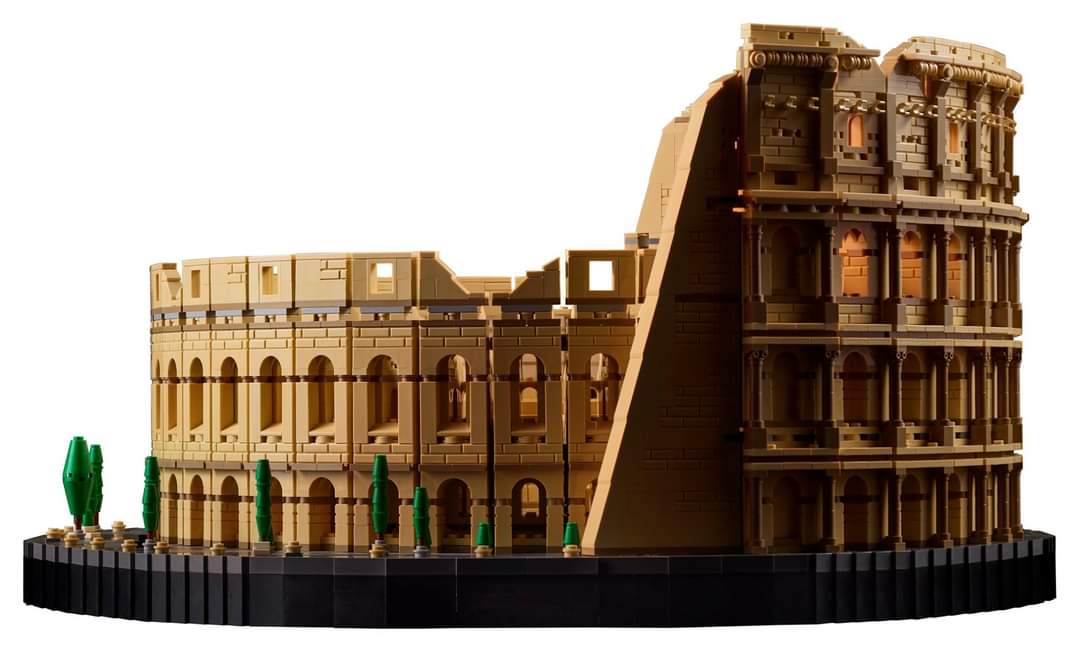 With this set being the largest one created so far by LEGO, in terms of piece count, the RRP is substantially lower than the record breaking LEGO Millennium Falcon. 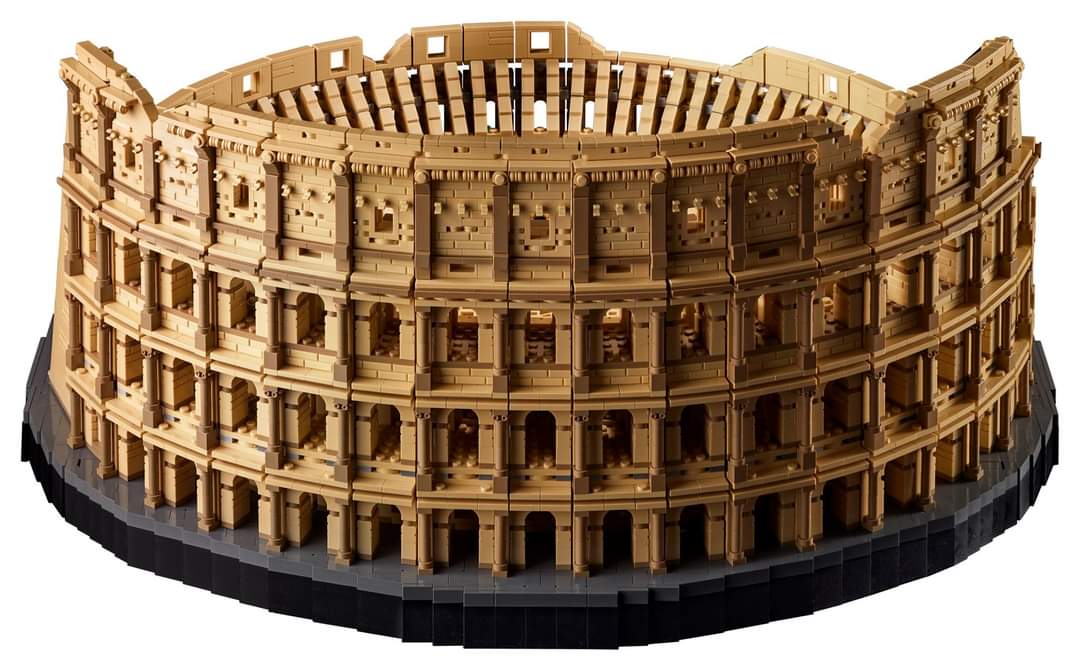 As part of the ‘Adults Welcome‘ movement created by LEGO this set will join the growing lineup of 18+ sets.

As stated in our rundown to the LEGO Colosseum reveal we mentioned that it would be quite a task to sift through all those tan bricks and repetitive build sequences. However, I fully admit the end result will most definitely outweigh the build struggle and will be an absolute beauty to behold!

The LEGO Colosseum (10276) will be available at all LEGO Brand and Certified Stores on November 27th.

But wait, there’s more, it has yet to be revealed but a gift with purchase is rumoured to be available to VIPs when purchasing this set. We will bring you more news on that when it comes in!

Will you be purchasing this on day one, wait until you see it instore, or hold off altogether? Let us know in the comments below. Also don’t forget to leave a reaction using the LEGO emits below!

BEHOLD THE MAJESTY OF THE ROMAN COLOSSEUM, NOW IN YOUR LIVING ROOM

The largest LEGO® brick set created to date will be available from LEGO Retail Stores and LEGO.com from 27th November

[Friday 13th November, 2020 @ 09.00 EST (Enfield) / 14.00GMT (London) / 15.00CET (Munich) / 22.00CST Shanghai] This Black Friday, LEGO® fans can take home a piece of history and re-create Rome’s most iconic landmark, with the awe-inspiring new LEGO Colosseum set. Made up of 9,036 pieces, this is not only the largest LEGO brick set launched to date (taking the title from the LEGO® Star Wars™ Millennium Falcon) it’s also been expertly designed to mimic the incredible architecture of the original Roman amphitheatre, making it a building project to savour and a set to marvel at.

Both LEGO fans and History buffs need to look no further than their living room to experience a taste of Italian history, as this LEGO brick model is a truly authentic LEGO brick recreation of the mighty Colosseum – featuring many true-to-life details to help builders accurately bring this famous building to life. This epic LEGO model features a recreation of the three distinct stories from the Colosseum, with each of these stories adorned with the columns of the Doric, Ionic and Corinthian orders. These columns have been faithfully recreated in LEGO brick form using a variety of creative building techniques, including decorative volutes that have been created using a recoloured LEGO roller skate element that has been turned upside down to create an authentic look.

Every detail of the set has been meticulously crafted to stay true to the real-life Colosseum – including having 80 ‘ribs’ in the spectator stands (the exact same number as the original) and having three different shades of brick to replicate the different columns and aging of the almost 2,000 year old landmark. The build experience has even been expertly created to match the same process as the original, with the “wooden” LEGO arena being the last build to be placed on the LEGO model, as it has been in the 1990s. As well as being a challenging build, this model is truly a breath-taking focal point for any room. The LEGO Colosseum rests on an oval base, allowing this phenomenal 360-degree display piece to be shown off from any angle. Builders can then choose which side of this magnificent LEGO Brick recreation of one of Rome’s most visited landmarks they display – whether that’s the southern side of the building, which has been destroyed by various earthquakes and natural disasters over the years, or the more complete northern wall. Colosseum features arches, that have been recreated with LEGO brick detailing, allowing a view into the centre of the Colosseum from the outside, just like its real-life counterpart.

The set was designed by Rok Zgalin Kobe who commented:

” One of the biggest challenges and one of the most important things was to convey the Colosseum’s monumentality in the LEGO form. I felt that the LEGO model should display a special architectural feature of the original – the rows of columns flanking the arches in different styles. To achieve that, the model is constructed using an effect of vertical exaggeration. The cross-section is therefore far steeper than on the real structure. Hopefully, people will be inspired to learn more about the original through the experience of building the LEGO model.”

LEGO Colosseum will be available directly via LEGO.com and LEGO Stores from 27th November 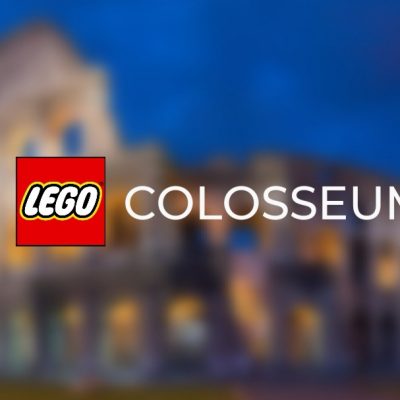