This week we’d like to welcome Nate and his amazing alternative take on Architecture & Creator Expert sets!

We’ve followed him for a while now and we’re always blown away by how great and funky his builds are. It’s a really novel idea and it works exceptionally well.

Find out what inspires Nate and gets him building, and also the two rules he follows when constructing. Please spare some time and go support Nate via his Instagram account (@brickdistorted) and website(BrickDistorted).

Tell us a bit about yourself – hobbies occupation etc

Wadup! I’m Nate, a dude with a ton of a passion for life and the things I spend my time on. Right now, that includes “distorted” LEGO builds as well as making hip-hop music and writing leadership/self-help articles.

I recently started a new job as an Engineering Manager at Amazon and am still deciding whether I’m going to stay in the Washington DC area or move to Seattle, WA (again). I’ve spent my career as a professional computer nerd, building software for Microsoft and Vistaprint before joining Amazon. 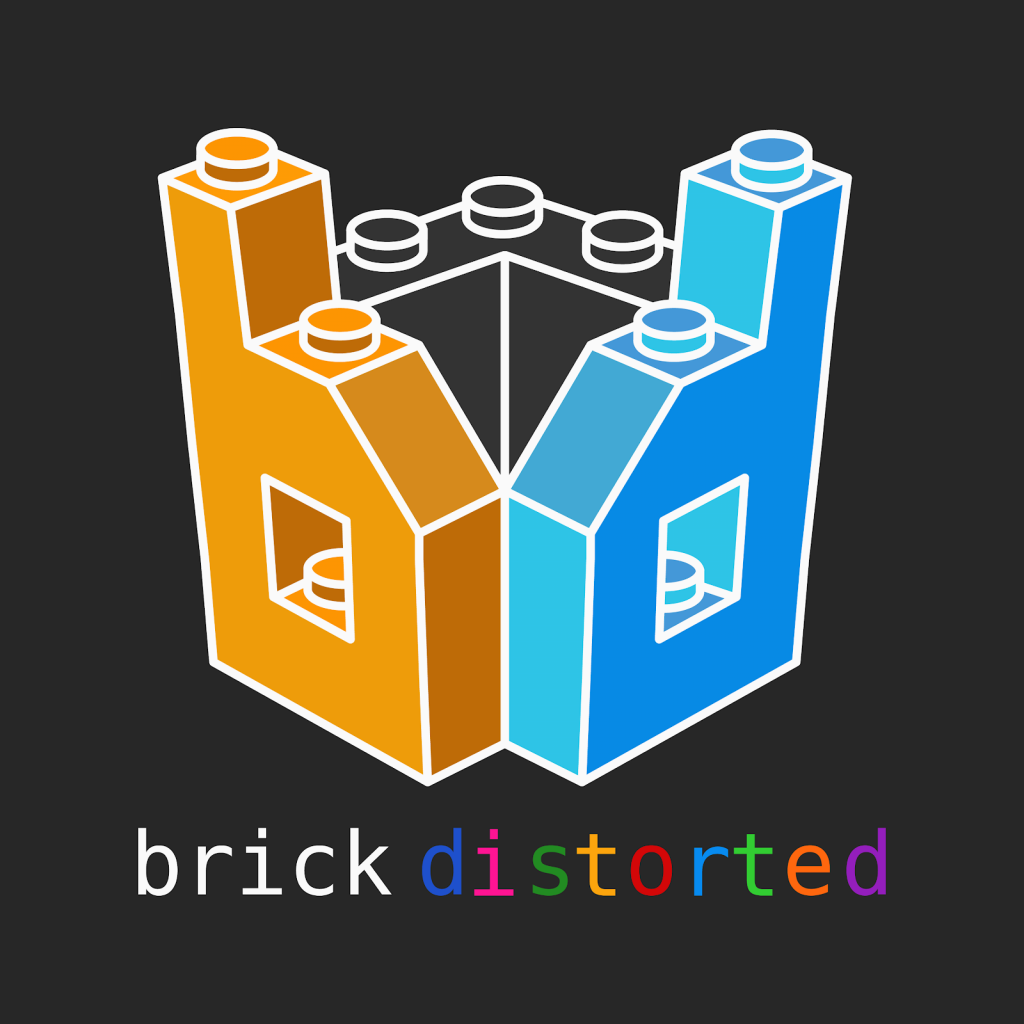 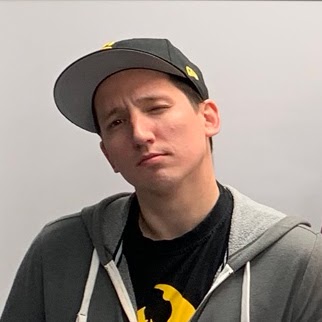 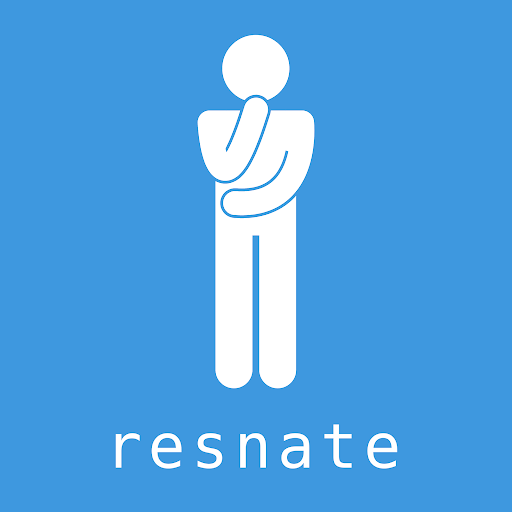 Believe it or not, I wasn’t into LEGO as a kid! I did have one Technic set (8842 – Hovercraft / Helicopter) that I kept taking apart and rebuilding so often that I eventually lost the parts needed to finish it. When I tried to do a MOC, I’d quickly get frustrated when I couldn’t get it to look how I wanted and so I never was too interested in it. 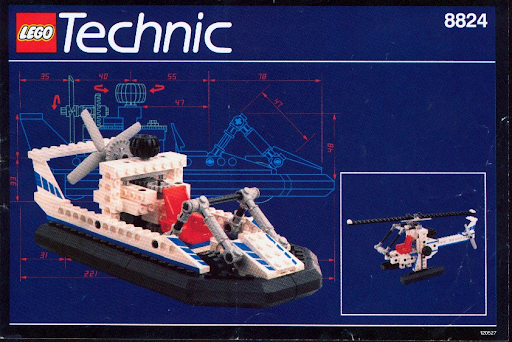 My only LEGO set as a kid

It wasn’t until I was an adult in 2010 that the Fallingwater (21005) and Robie House (21010) sets caught my eye, and got me interested in the Architecture Line.  As I started to collect more of the sets, I discovered that I was fascinated with architecture and rediscovered my love of following the LEGO directions which are always so well-written! 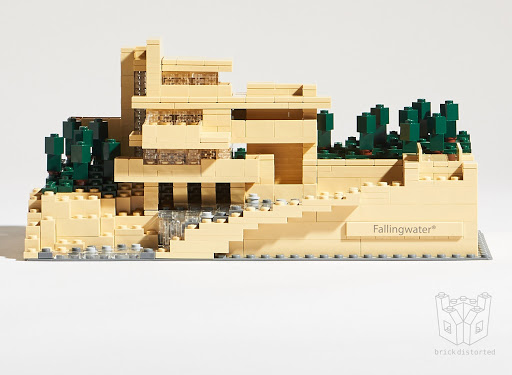 Fallingwater – The set that got me back into LEGO

When did you start creating these wonderful, alternative architecture builds?

In 2018, I was nearly finished collecting the entire Architecture series and I ran into 2 problems. I wanted to keep building more LEGO Architecture, and 2 of the sets I didn’t own were extremely expensive: Marina Bay Sands (21021) and Sungnyemun (21016). To explore if they were worth paying all that money for, I downloaded the instructions and attempted to build them using parts from some of my non-Architecture sets. I only had about half the pieces in the right color, so I started using the correct piece but in other colors when I needed to.

I was able to finish both builds almost 100%, but the end result looked pretty strange. Later, I sent a photo to my brother-in-law for a laugh but he thought they looked really cool and encouraged me to keep doing it…and so I did! 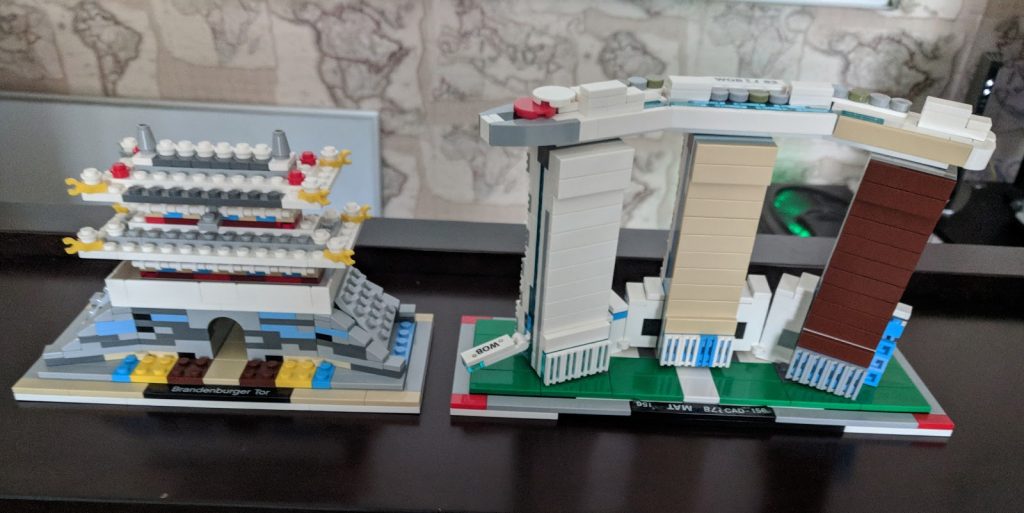 Where do you draw your inspiration from?

I get inspiration from just about anything, so I try to keep my eyes, ears, and mind open for ideas everywhere. If I don’t find any external inspirations, I might ask some of my friends or relatives if they have any cool ideas or I’ll just jump in and start putting something together as randomly as possible and experiment.

I also peruse my LEGO collection fairly often. Just picking up each piece of my collection and inspecting it can lead to a new idea or I’ll notice something that I want to improve upon. I’ve generally found the key to inspiration is maximizing the number of opportunities to be inspired!

After you get an initial idea, what happens next?

I try it out as soon as possible before I lose it! From time to time, I’ll have an idea that’s clear and coherent enough that I can just write it down and remember it later. Normally though, my ideas are just half-baked hunches, and I have to try actually putting things together to turn it into a real idea…otherwise, I’ll probably just forget about it.

This is why I like to have multiple projects happening at once, and I like to keep ongoing projects visible and easily accessible (like how folks leave a jigsaw puzzle out and make progress with it in spits and spurts). This lets me keep mulling over ideas and be able to immediately try something if it pops into my head. One half-baked experiment can end up dictating how the entire project will go!

Are there any techniques in particular that you really like implementing?

“Make it look absurd” – this has become my favorite starting technique. Making it look absurd means building an existing LEGO set using as many random and ridiculous colors as possible, intentionally making the build unrecognizable. The basic rules I follow for this:

1) Never have 2 pieces of the same color touching each other
2) Only use tan, white, gray, or black if I have no other choice or if the piece is not visible

Beyond getting more familiar with how the set is structured, this technique forces me to do things that I wouldn’t do otherwise. Along the way, something new and interesting will jump out to me that I can end up using in the final version. This forces me to experiment in new ways and prevents me from repeating things I’ve done before! 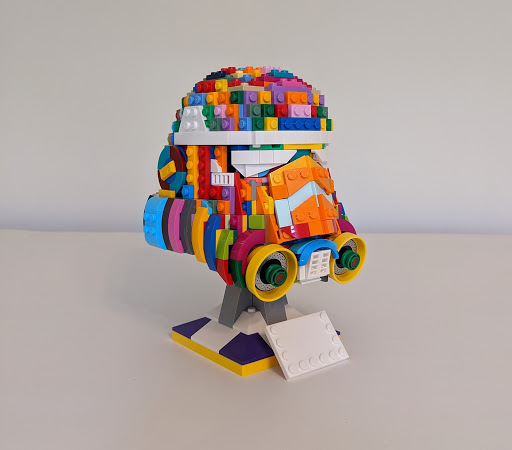 Projects usually take me 2 to 3 months to complete, depending on how many times I have to order parts. The caveat is that I always do 3 or 4 projects at the same time, and thus I end up with 3 or 4 new builds every 3 months or so. I do projects in batches so that I won’t get stuck spinning my wheels on any one project and so I can be more cost-effective when ordering parts.

What would be your dream architecture set to create/recreate? It could be something LEGO hasn’t done yet!

I would be crazy excited if LEGO released large versions of The Burj El Arab in Dubai, or the former Twin Towers in New York City. A miniature Burj El Arab was included in the Dubai Skyline set, but I want something bigger! I love those 2 buildings for very different reasons, and I bet I’d end up doing at least 2 different versions of each one! Please hook it up LEGO!

I am about halfway through my largest project to date – Sydney Opera House (10234) from the Creator Expert line. It’s a giant, long-term project that’s probably going to take me at least 6 months to finish.

I recently finished my own version of Villa Savoye (21014) and I’m working finishing up my edition of LEGO House (21037) and the Star Wars Stormtrooper Helmet (75276), which is my first distorted build of an official LEGO set outside of Architecture and Creator Expert.

What advice would you give to beginner MOC builders?

Focus on what you like to do the most and keep doing that. You can get good at just about anything if you put in the time, and putting in the time is a lot easier if it’s something you really enjoy!

I’m not good at designing new MOC’s from scratch, and the times I’ve tried I’ve quickly become frustrated, especially when I’d look at the incredible things other people all over the world can make. This turned me off from LEGO a few different times.

The thing that I loved most about LEGO was simply following the directions and assembling the sets. I did this over and over again, experimenting with modifying the colors a bit, and I started to get better at it. Eventually, I found my own way to make something unique and different. I personally don’t think my distorted builds are nearly as impressive as the incredible MOC’s that other people can make completely from scratch, but I love working on my builds constantly, which lets me get better at making things in my own unique, colorful way! 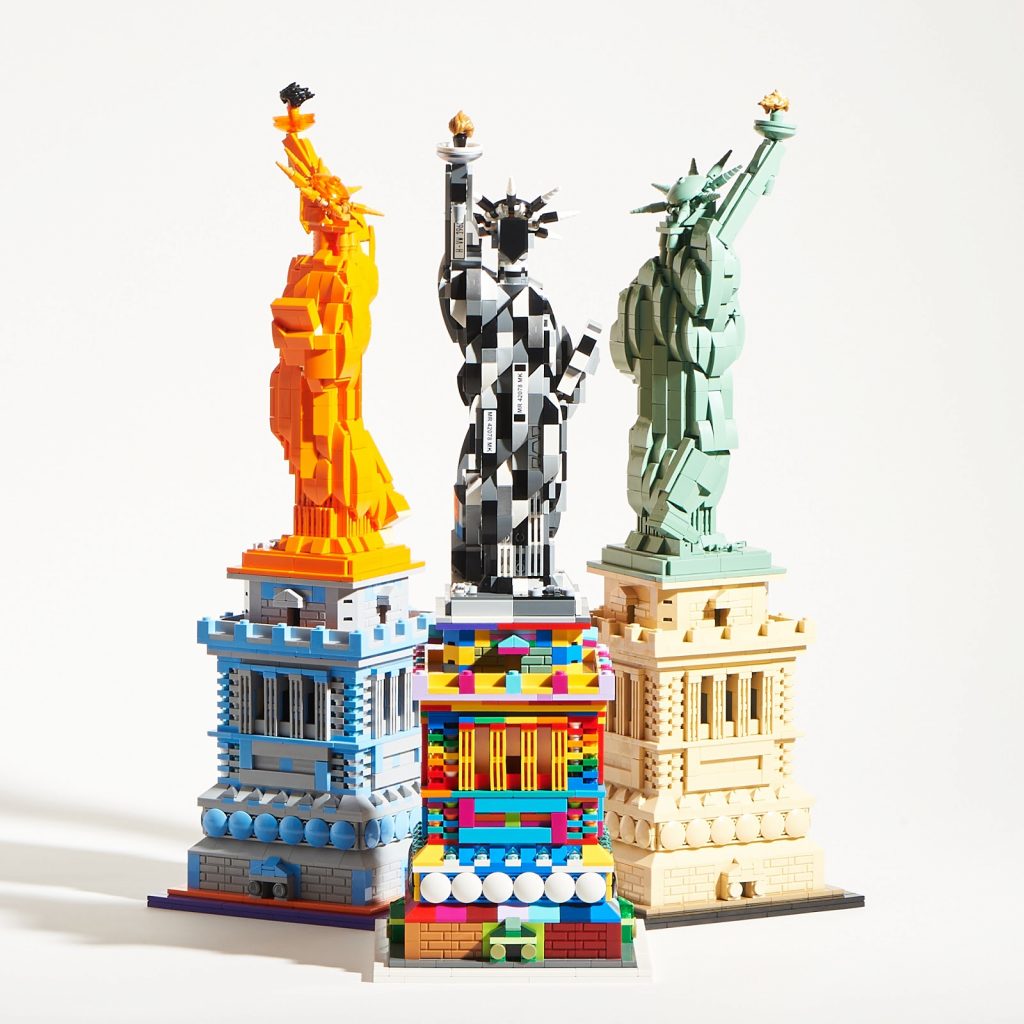 It’s amazing what you can do with trial & error and a little persistence!

Apart from making alternative architecture builds, what other aspects of LEGO do you like, sets, minifigures etc?

Beyond LEGO Architecture and some of the Creator Expert series, I’m a fan of a lot of the LEGO Ideas sets. The whole mechanism for submitting ideas, voting them up, and having LEGO consider them for official sets is so cool! My favorite sets from LEGO Ideas include NASA Apollo Saturn V, Wall-E, Voltron, and Dinosaur Fossils! I’ve also had a blast building the Porsche 911 GTS and Bugatti Chiron Technic Supercars. I’ve heard there may be a Lamborghini coming next, I can’t wait!

I did manage to reconstruct JKBrickwork’s Lego Piranha Plant after spending 18 months watching the YouTube videos and experimenting…it’s definitely my favorite from all my non-distorted builds as well.

We would like to thank Nate for taking the time to chat with us. It has truly been a pleasure and I can’t wait to see what BrickDistorted does next! 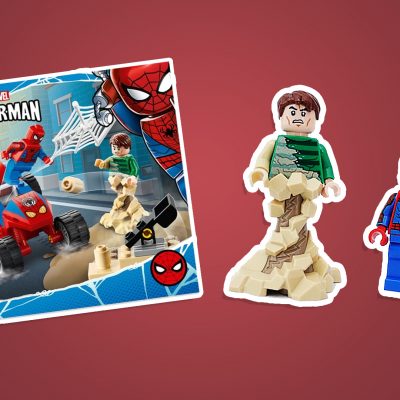 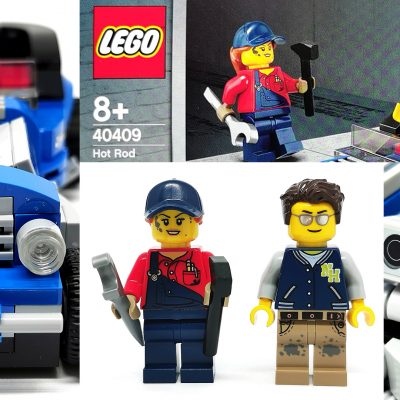