There has yet to be an announcement by The LEGO Group, but we have some official images direct from Bricks World LEGO Certified Store in Singapore. 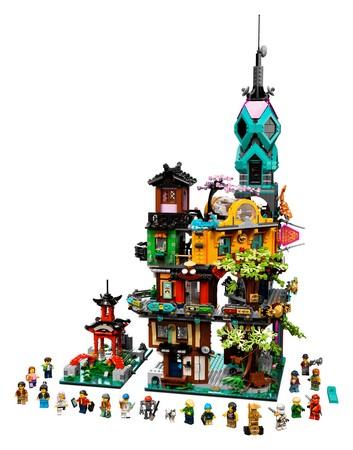 LEGO Ninjago City Gardens (71741) is the second big hitter to come out of this particular line, the first being the LEGO Ninjago Movie City set, as it marks the themes 10th anniversary! 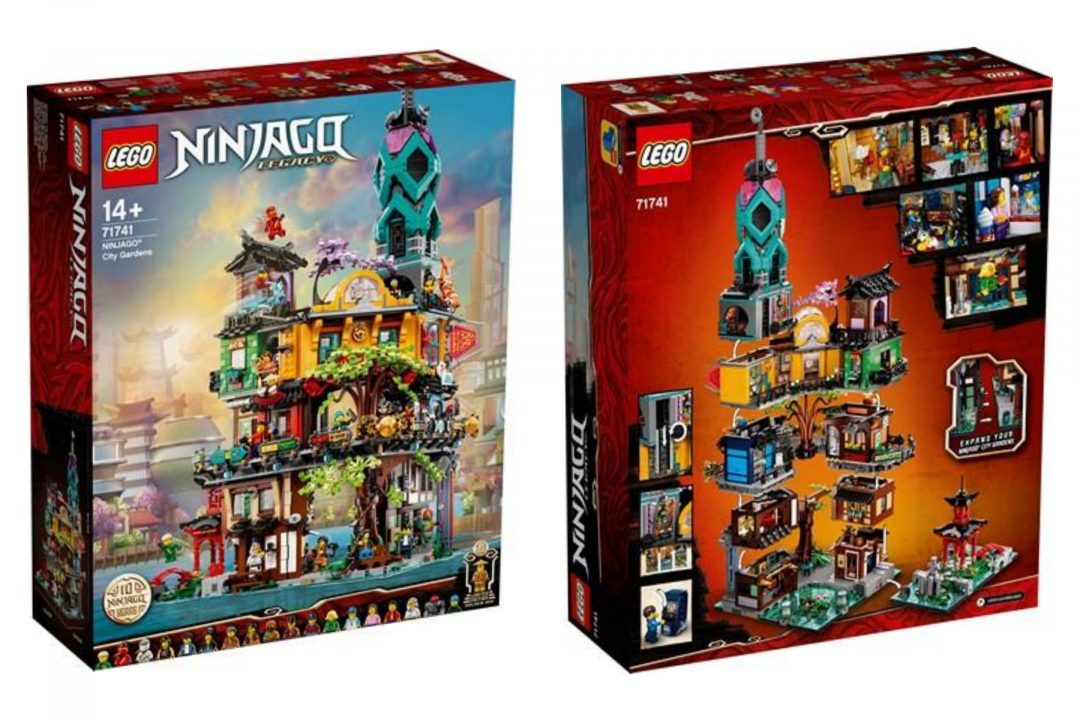 It comes complete with nineteen Minifigures including: 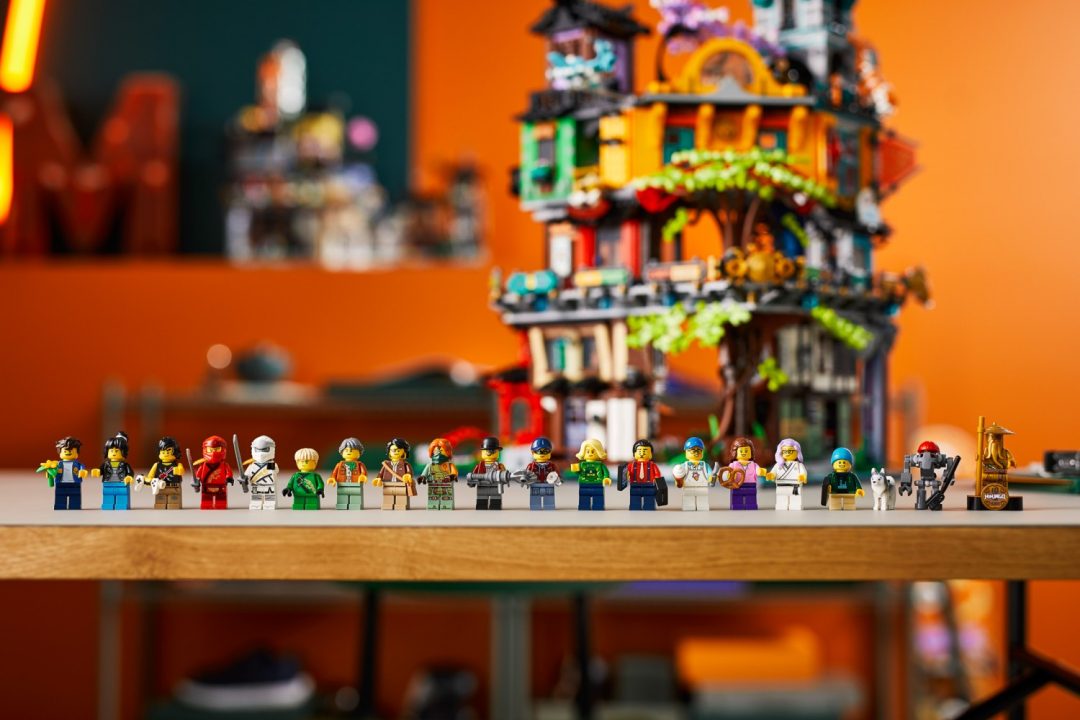 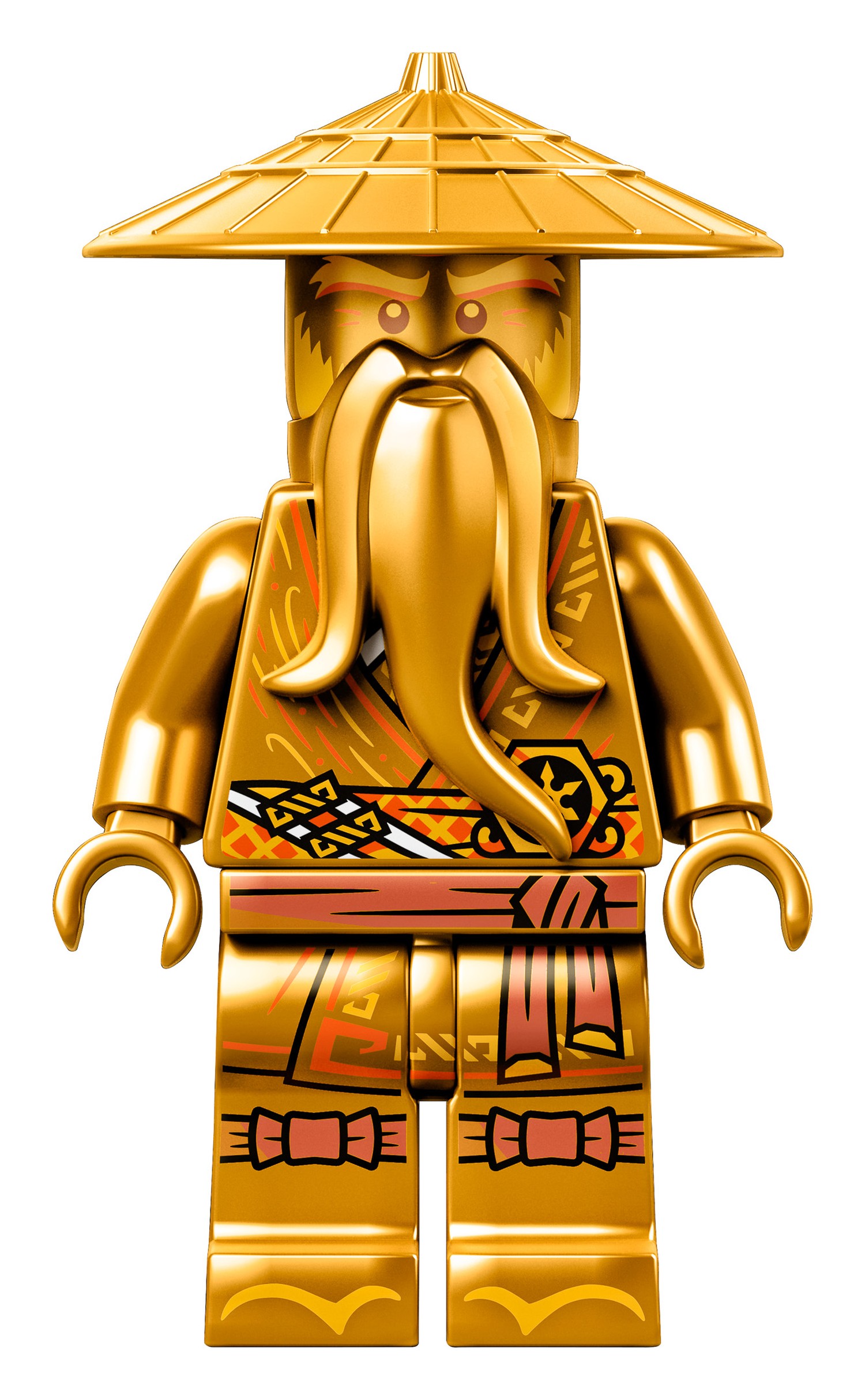 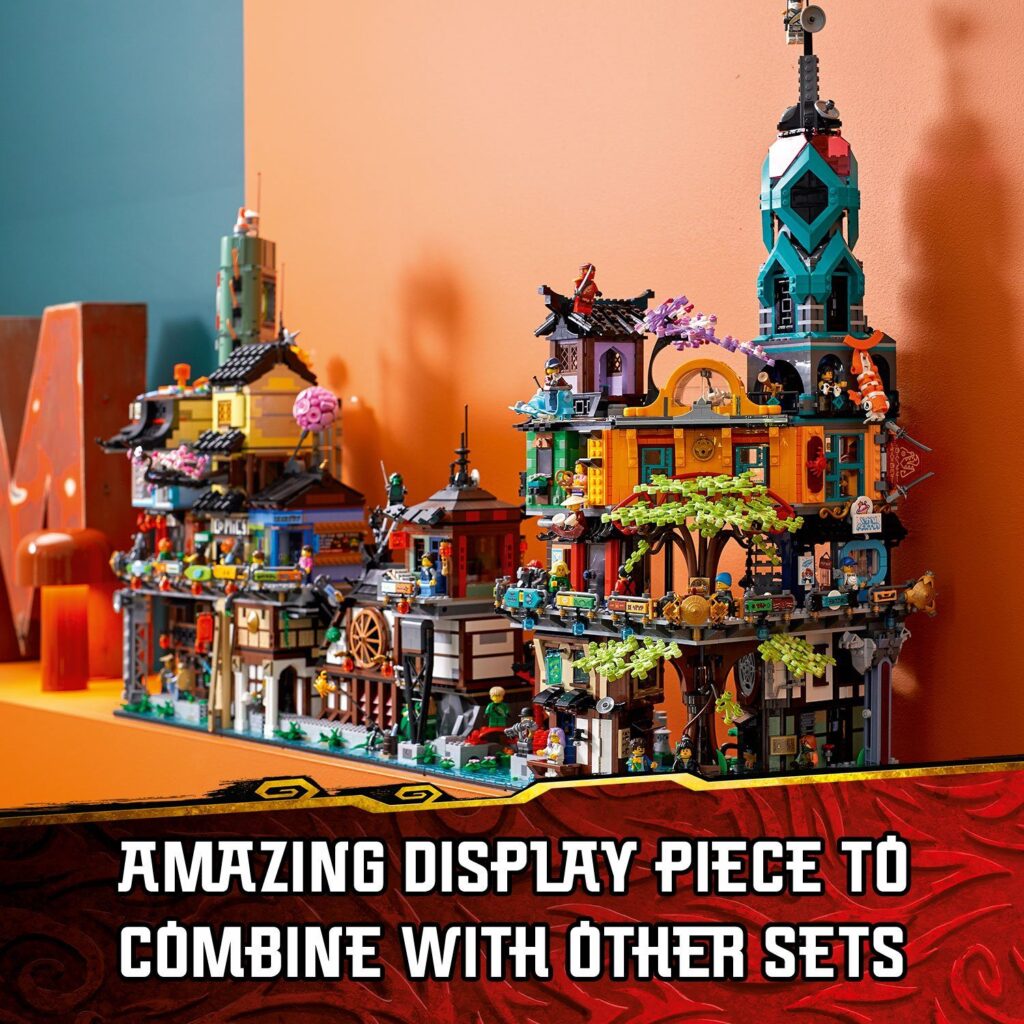 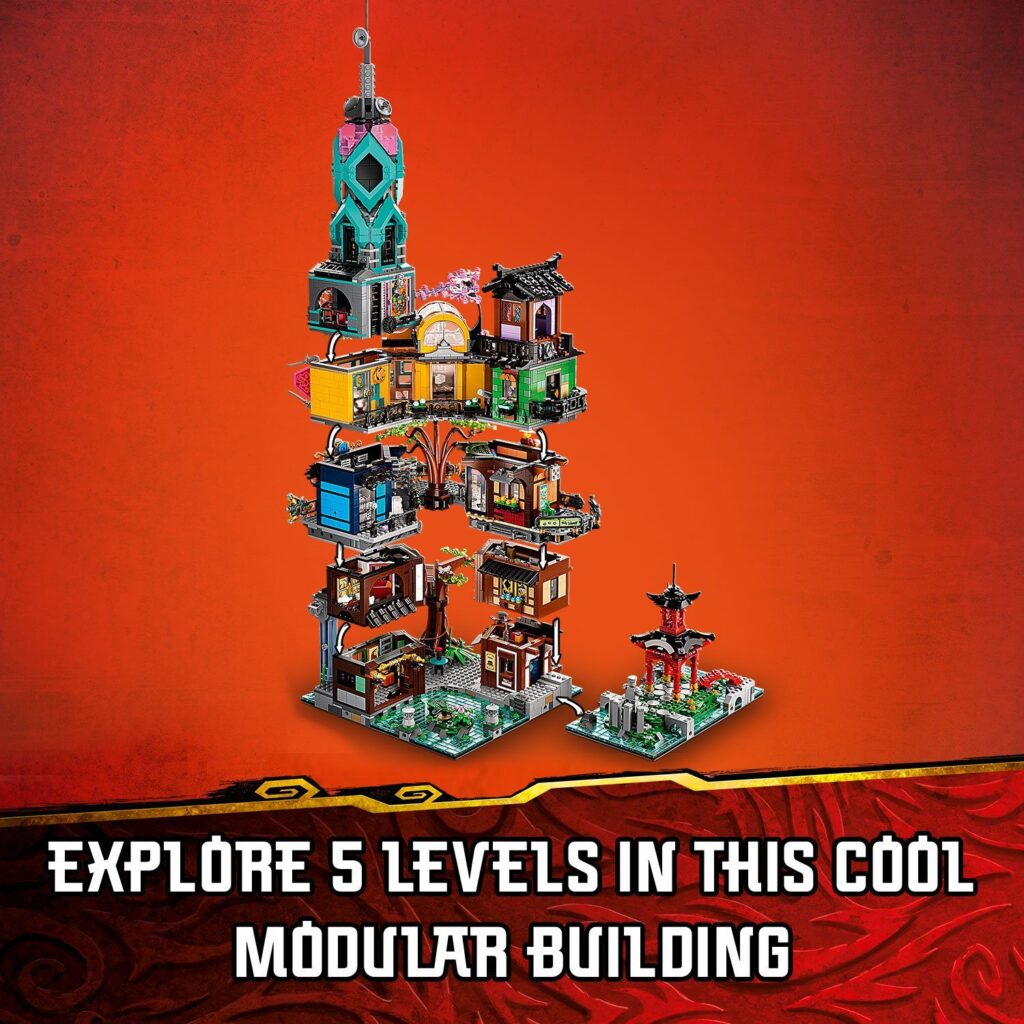 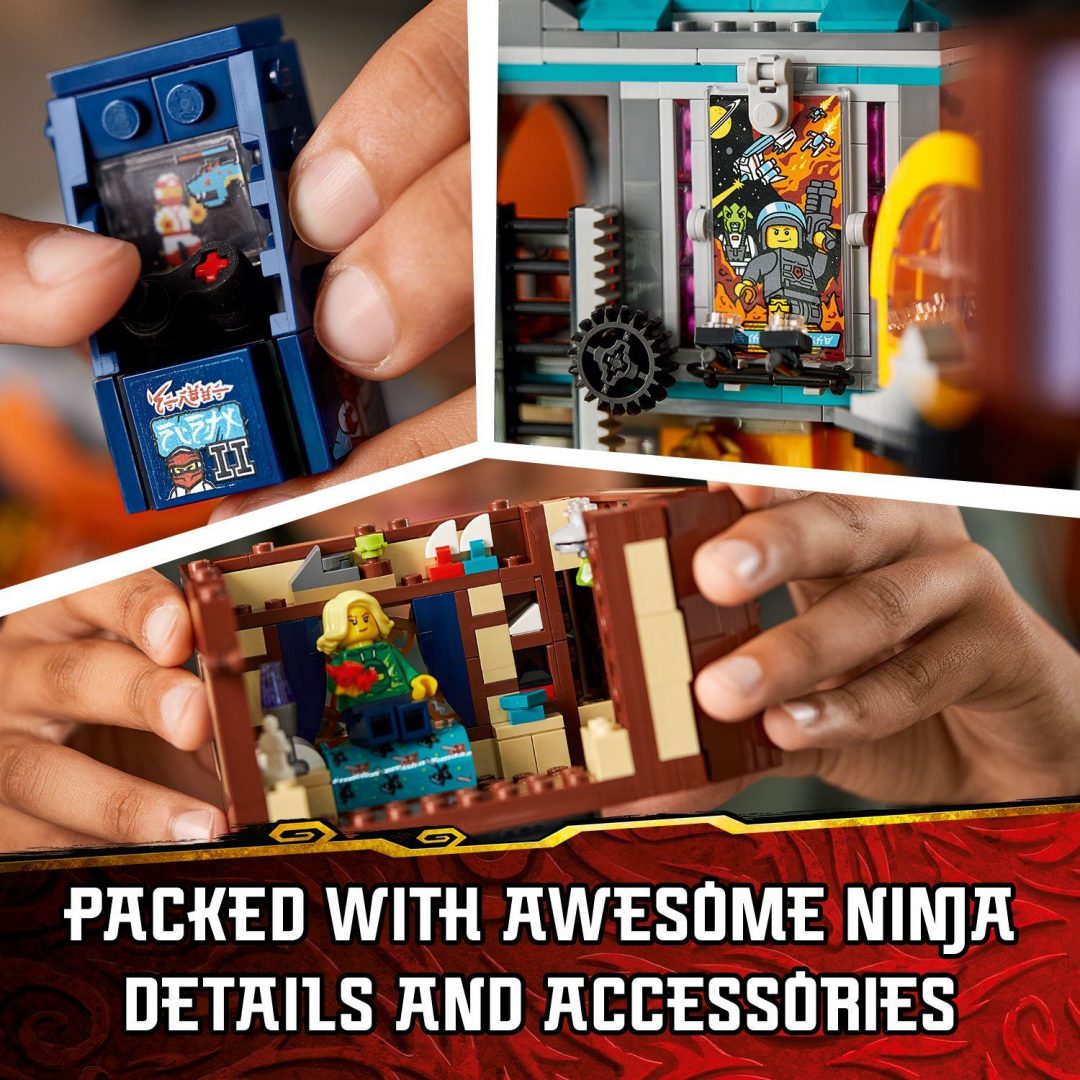 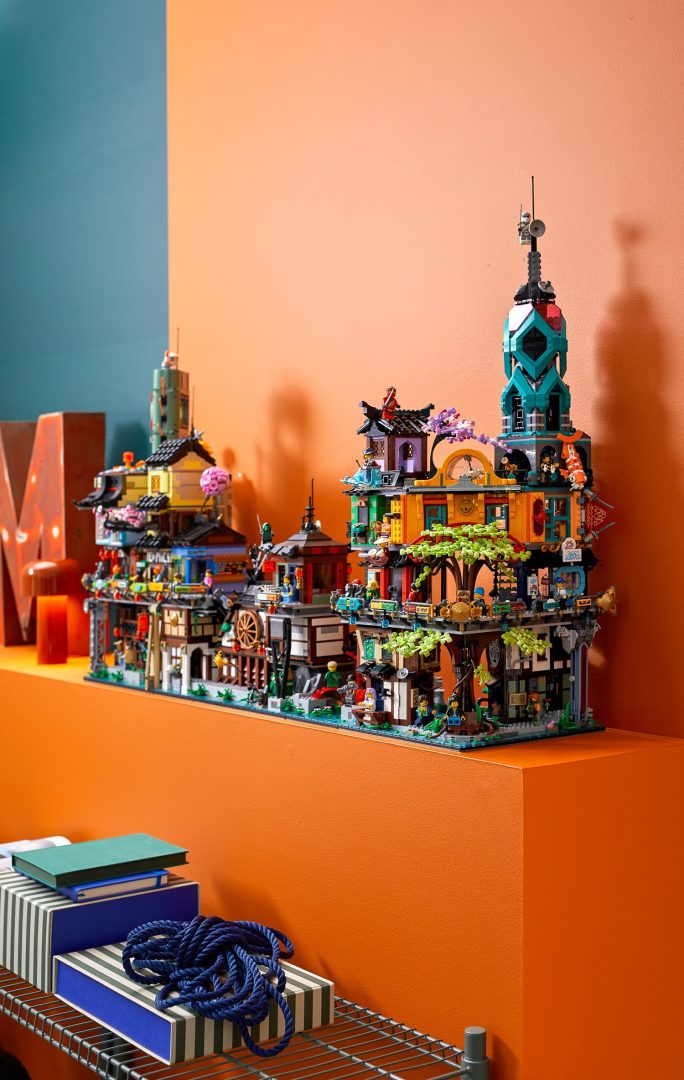 The release date is just around the corner with VIPs granted early access 14th January 2021 and 1st February 2021 for the general public.

Relive all the excitement and thrills of 10 years of NINJAGO® City with this amazing three-tiered model and garden. Packed with 19 minifigures, you can team up again with the ninjas and their allies to play out favorite action scenes from the NINJAGO TV series, or proudly display this eye-catching model. An awesome building toy to captivate both older and younger NINJAGO fans.

Rediscover cherished memories and favorite ninja heroes with this NINJAGO® City Gardens (71741) set for play and display. Celebrate the 10th anniversary of the world of NINJAGO by enjoying a rewarding and fun-filled building task. A ninja toy for creative fun There is something to enthrall NINJAGO fans on each of the brilliantly detailed three floors, including an ice cream shop, Chen’s noodle house, the control room and a museum celebrating the ninjas’ rich history. The building set is also packed with 19 minifigures, including all of the ninjas and some their allies, to enhance the build-and-play experience. The ultimate construction set for all NINJAGO fans. This hugely impressive model is guaranteed to excite NINJAGO fans of all ages: a nostalgia-filled tower to proudly display for older builders, and a world of play opportunities for youngsters. The mammoth set has 5,685 pieces, so parents can also enjoy a rewarding and fun bonding experience building it with their children.

Spectacular NINJAGO® City Gardens (71741) three-tiered ninja house model to build and play with, or display to celebrate the 10th anniversary of the NINJAGO world.
House playset has an incredible 19 minifigures to enhance role play including Young Lloyd, Kai, Zane, Urban Cole, Urban Jay, Urban Nya, Wu Legacy, Misako, Ronin, Hai, Cece, Mei and Tito.
Model is packed with rooms, including an ice cream shop, Chen’s noodle house, a ninja control room and a museum, all with accessories and details inspired by the ninjas’ rich history.
Each of the model’s three levels lifts off for easy play action, and there is a ladder that can be pulled up and down at the back.
This 5,685-piece ninja playset is a great birthday gift for a passionate NINJAGO® or LEGO® fan and can be a fun bonding experience when a parent and child build it together.
The ninja house measures over 29 in. (73 cm) high, 17.5 in. (44 cm) long and 13 in. (33 cm) wide, which is sure to impress when placed on display.
Includes a collectible golden Wu Legacy minifigure to also celebrate the 10th anniversary of LEGO® NINJAGO® toys.
LEGO® NINJAGO® has an amazing collection of cool toys for play or display, including mechs, dragons, cars and boats.
For more than six decades LEGO® bricks have been made from the highest-quality materials to ensure they consistently pull apart. Ninja skills not needed!
LEGO® building bricks meet the highest safety standards in the world, so your kids are in safe hands with LEGO playsets.Item ID:6332522
Packaging Height:170mm
Packaging Width:582mm
Packaging Length:480mm 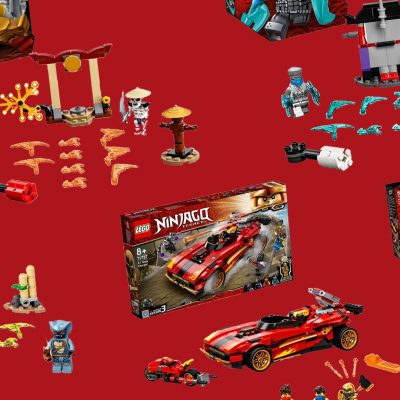