LEGO Ideas hosted a fan vote to choose the next UCS set, this was the first time LEGO have included us AFOLs in the decision making side of things. 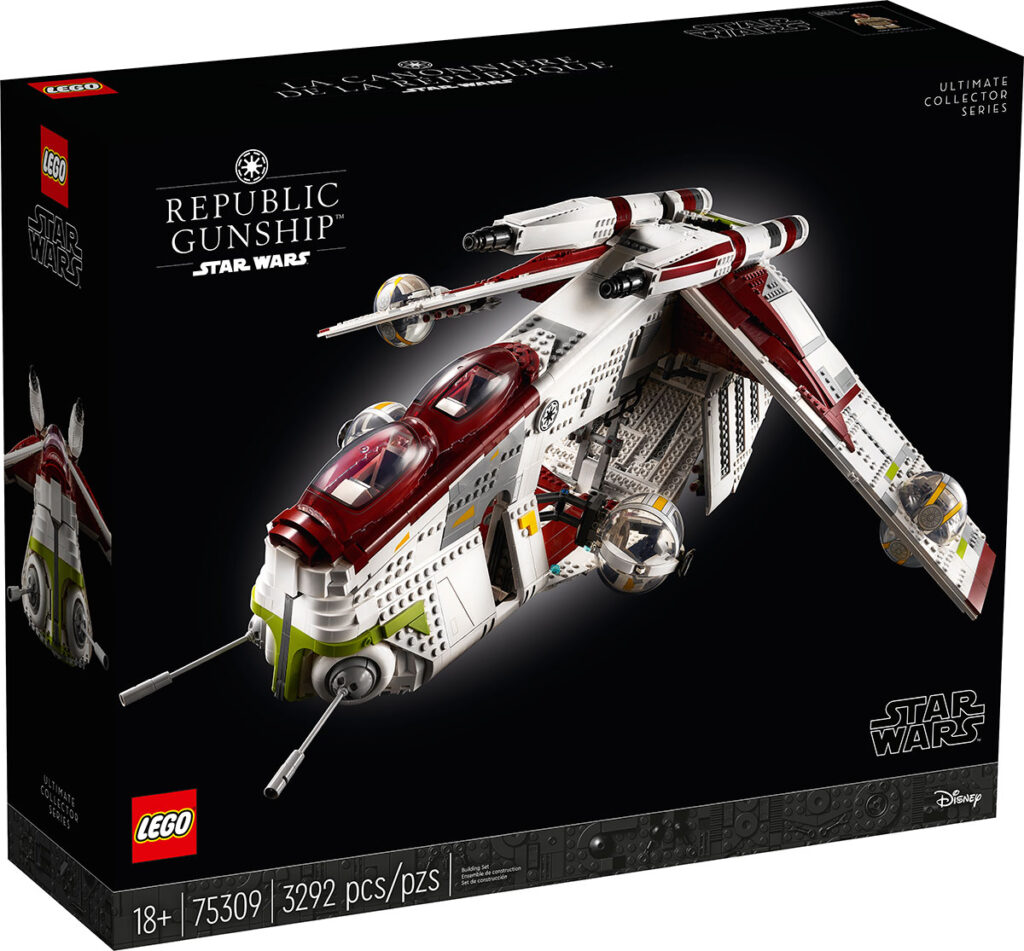 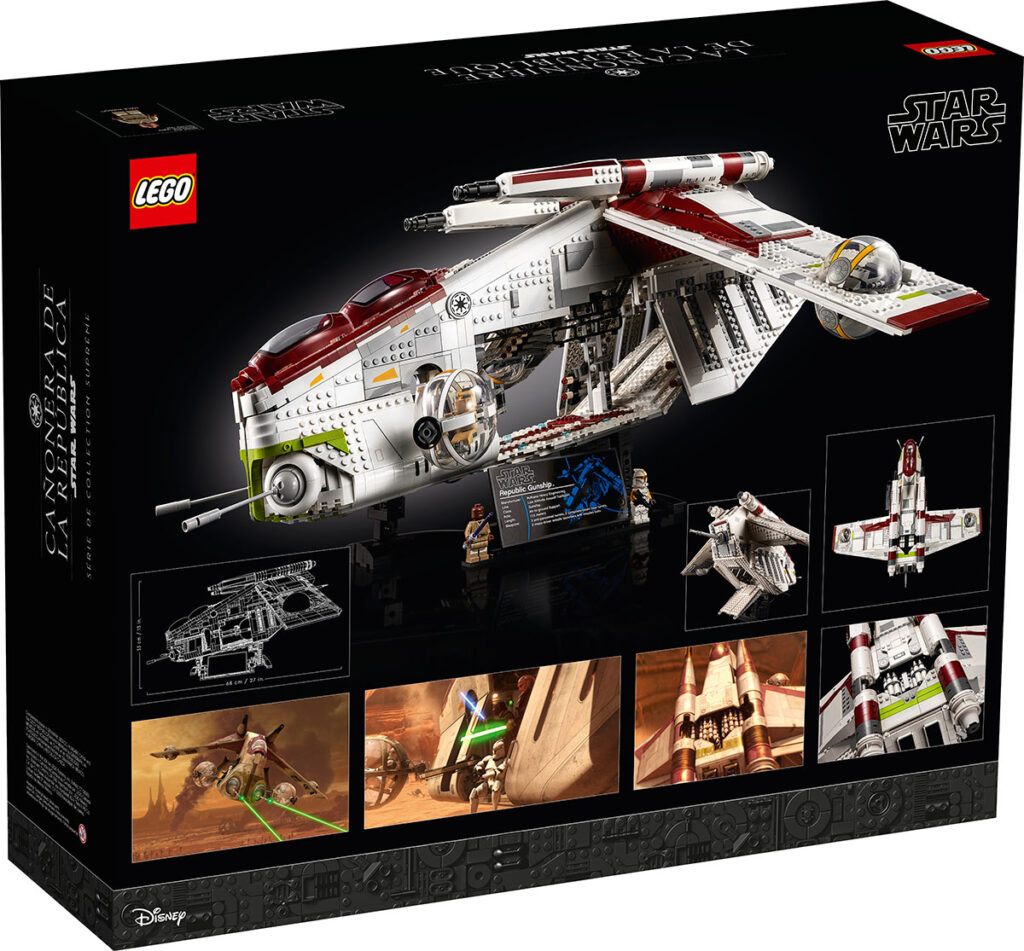 The last vehicle to get the UCS treatment was the A-wing, so this makes for a very welcomed surprise, although it is considerably bigger!

It’s body, bow to stern, measures a whopping 68cm, whilst the wingspan is even bigger coming in at 74cm, making this set a pain to display, but we know you’ll make room for it. 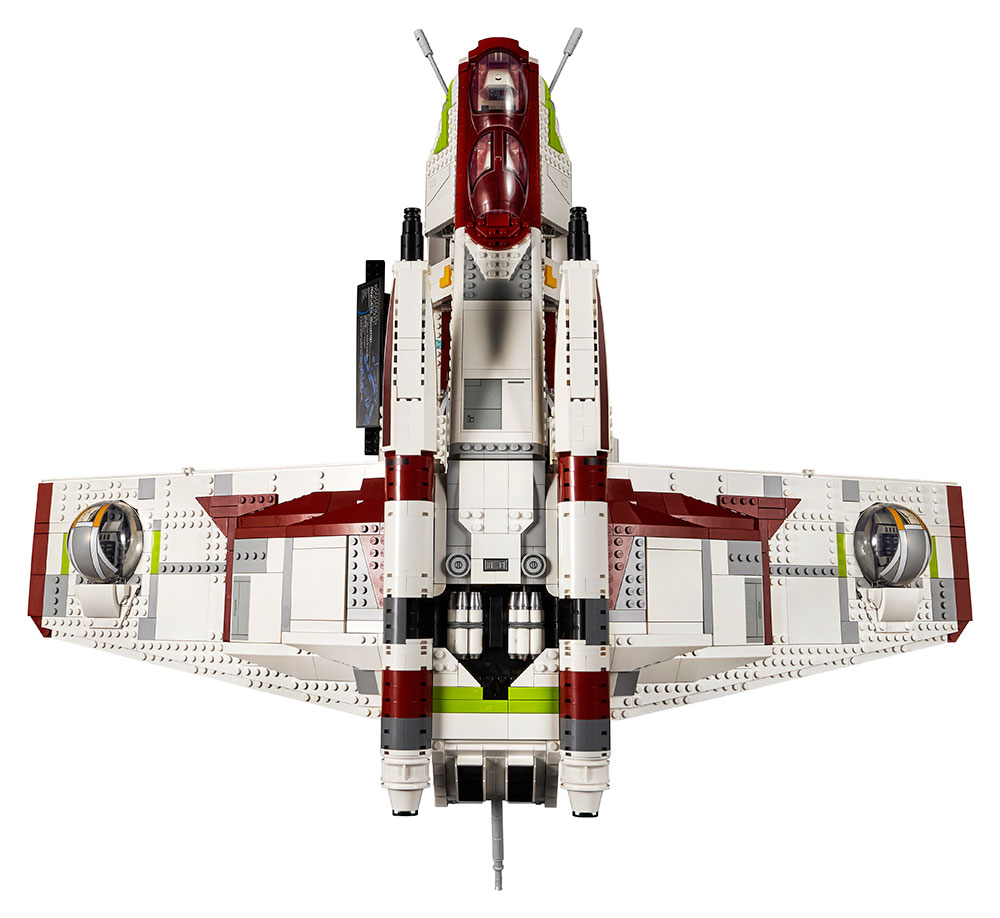 There are two Minifigures included, which are more for ‘decorative’ purposes (as said on the LEGO live reveal), they are Mace Windu and a Clone Trooper Commander. 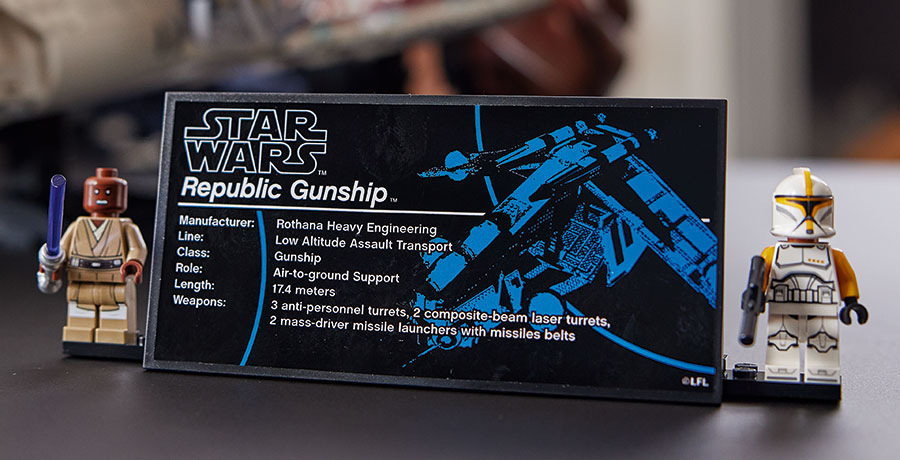 With a total part count of 3,292 the LEGO Star Wars UCS Republic Gunship (75309) now packs in a lot more detail than ever before, with opening & closing hangar doors, front & rear turrets, dual cockpits, bigger cargo area, and so much more! 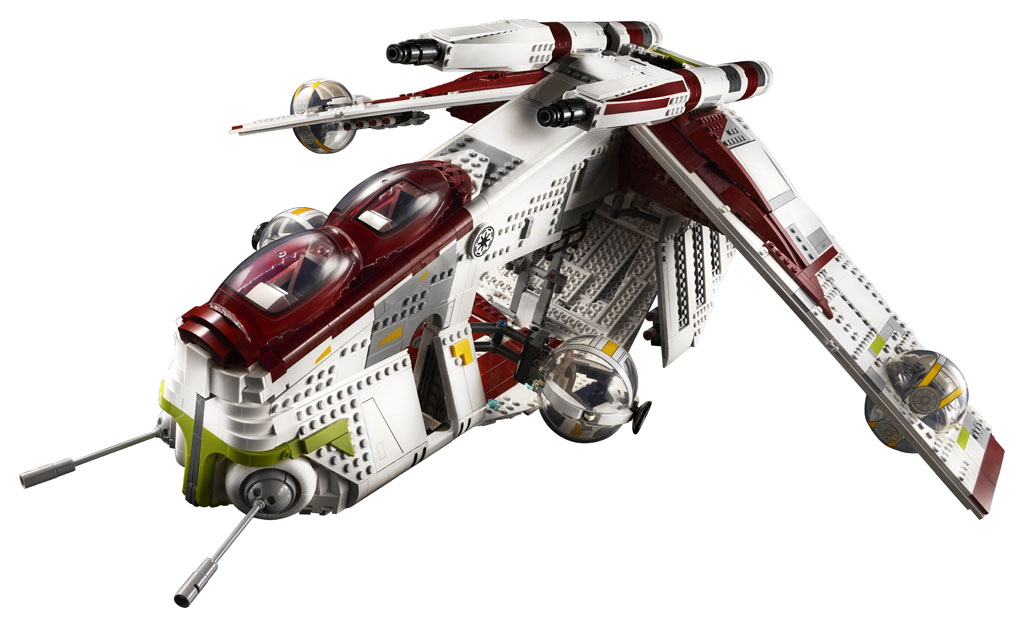 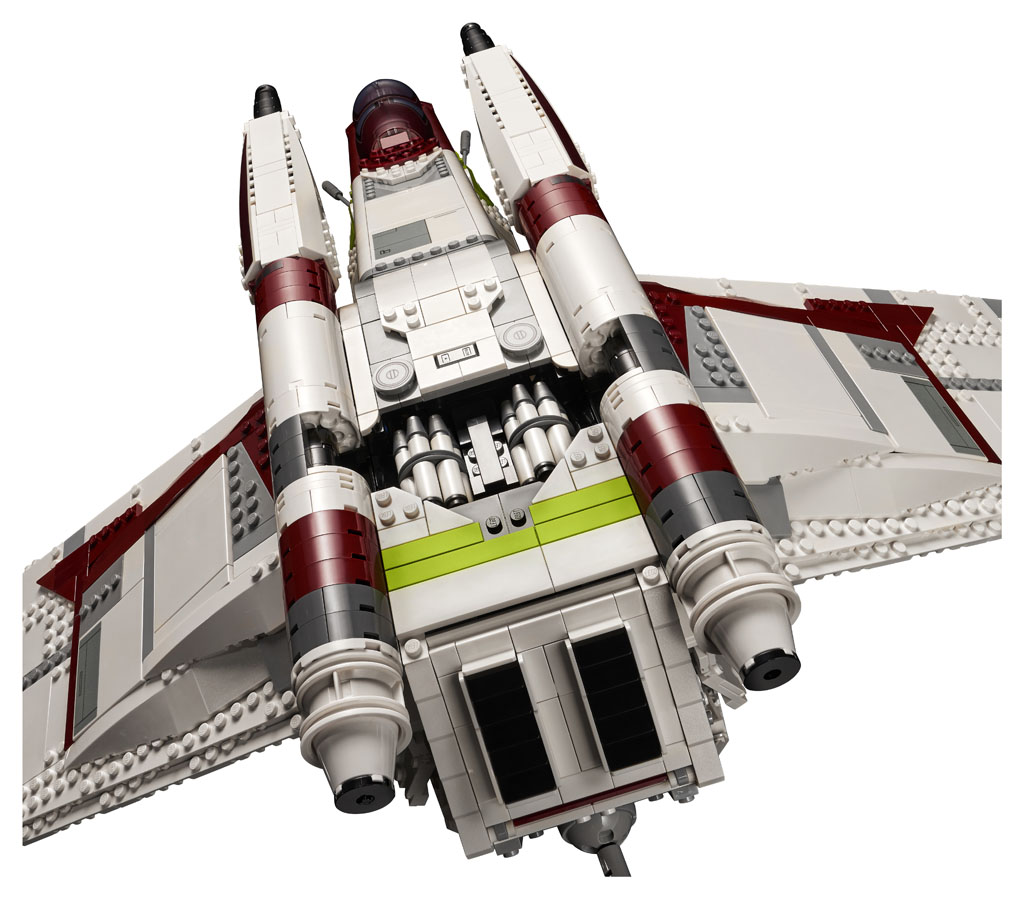 Lease let us know in the comments below what you make of this set and whether you tuned into the LEGO Live Reveal on their YouTube.

CHOSEN BY YOU, IT IS!

15th July 2021: Today, the LEGO Group announced the new LEGO® Star Wars™ Republic Gunship construction set joins the LEGO Ultimate Collector’s (UCS) line-up. Fans have shared their passion, ideas and creative takes on the beloved saga with the LEGO Group for more than 20 years. So, the LEGO Group invited fans to vote on the top three requested sets via the LEGO Ideas website, and the Republic Gunship rose supreme with over 30,000 votes, accounting for 58% of all votes cast.

The challenge of creating the Star Wars Republic Gunship in LEGO® brick form was given to designer, Hans Schlömer who used his wealth of previous experience including designing the iconic UCS Millennium Falcon and UCS A-wing. The LEGO Group has developed around 150 LEGO Star Wars sets inspired by the prequel trilogy films (Star Wars: The Phantom Menace, Star Wars: Attack of the Clones, and Star Wars: Revenge of the Sith), with this set being the third UCS prequel-themed build – the others being Darth Maul, and Obi-Wan’s Jedi Starfighter.

The highly anticipated construction set makes for an impressive display piece thanks to its immense 74cm wingspan that also allows for a feast of notable design features as seen in the film. The large free-swinging doors on both sides are some of the largest moving parts ever created in a LEGO Star Wars build and the set is completely open beyond the nose portion. Given the size of the LEGO Star Wars ship, a supportive LEGO Technic frame has been incorporated, perfectly hidden by the exterior panels and allowing Clone Troopers to load for their next mission via lift arms on the passenger compartment doors.

Discussing the new set, Jens Kronvold Frederiksen, Creative Lead of LEGO Star Wars at the LEGO Group said: “Our fans are always coming up with concepts and ideas for the LEGO Star Wars range – so it was great to give them the opportunity to let their voices be heard and choose the next UCS set. There is always an enormous responsibility to deliver a quality design, and the set that Hans has crafted is a triumph, particularly the size. We knew our fans would want to display this model but we didn’t want to compromise on the scale versus the ability to exhibit it. I can’t wait to see how the fans incorporate the set into their Star Wars collections.”

· Voted for by LEGO® fans to become a UCS building set… so here it is!

· An impressive display piece you’ll be proud to display.

STAR WARS and related properties are trademarks and/or copyrights, in the United States and other countries, of Lucasfilm Ltd. and/or its affiliates. © & TM Lucasfilm Ltd. 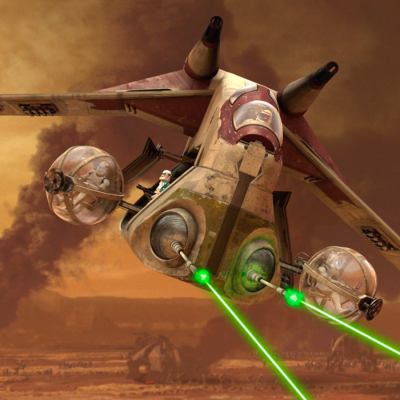 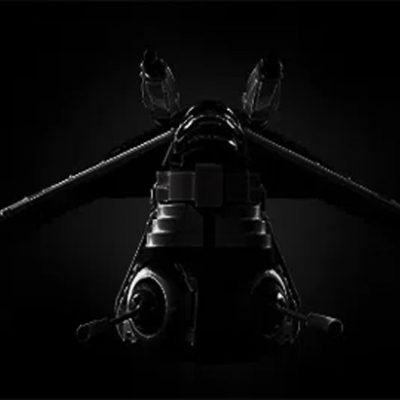