This little set may have passed you by, flown under the radar you might say. But it is a great build with lots of potential!

The LEGO City Mail Plane 60250 is made up of only 74 pieces, which doesn’t seem a lot when you pit it against recent LEGO Polybags or even some Magazine Foil Bags. That being said this set has so much more going for it, it’s Minifigure scale for starters. 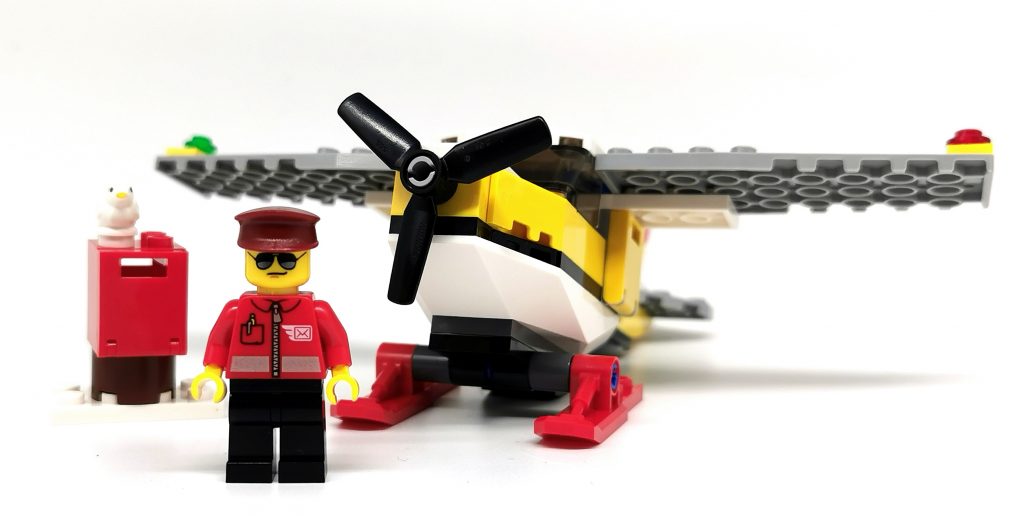 It’s getting to that time in the Year when we start work on a Winter scene, if that’s your ‘thing’, and apart from the very limited list of Minifigure scale sets from LEGO we are normally left to our own devices. I for one like to expand on my scene each Year, and with the LEGO City Mail Plane I think it’s time for a small runaway/airport addition.

The main build, the Mail Plane, is well designed, compact, and well built. It features skis instead of wheels as it is a Snow Plane. It also has on board storage for letters and Parcels which are surprisingly well hidden for being such a big part of the build. 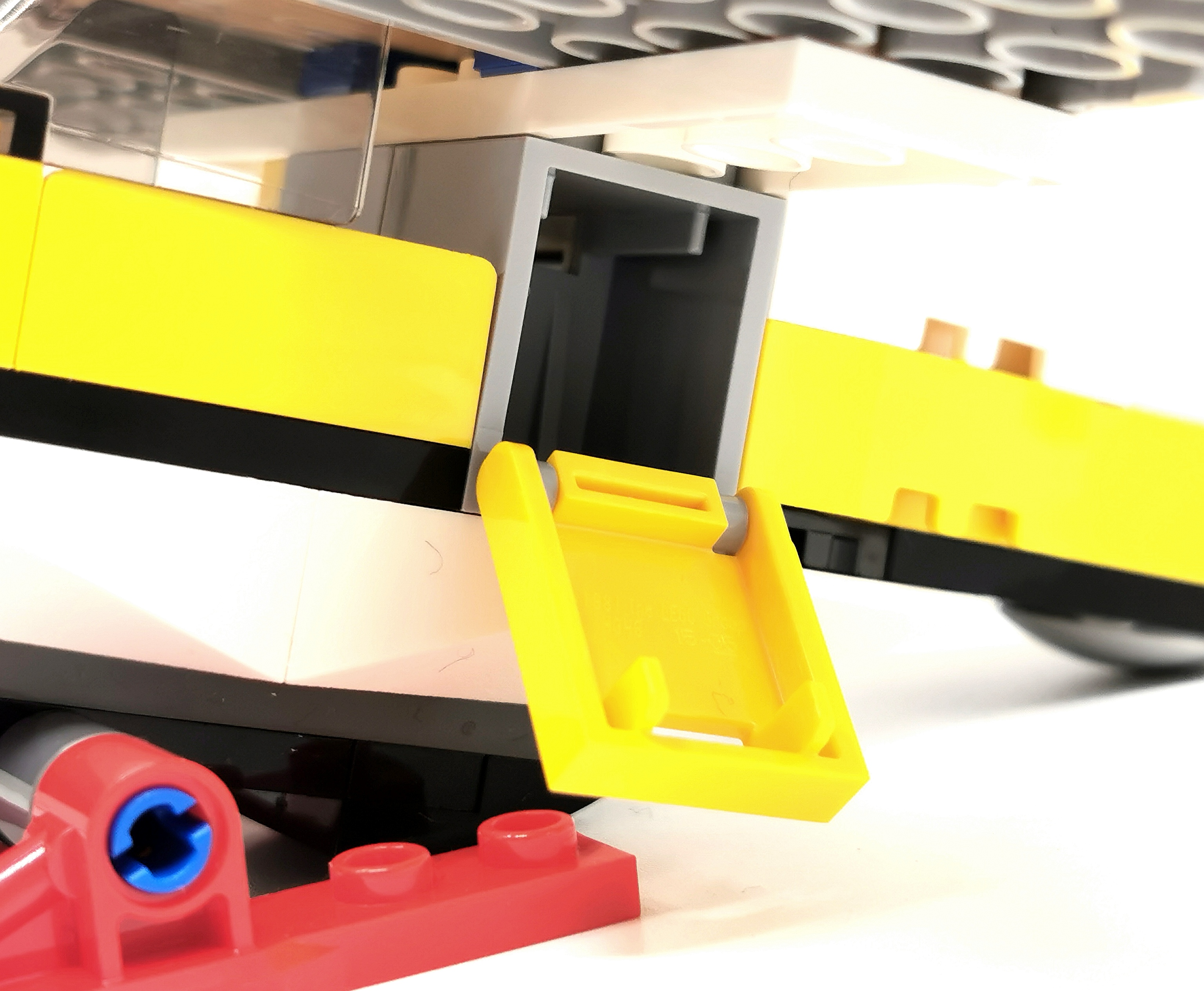 Being a Minifigure collector I love anything marched to their scale, with Planes and Helicopters being the top vehicle to collect. I’ve got so many of them and once I get the space to finally build a Cityscape with them and my Modulars it’s going to look great!

The colour scheme suits it well, the Yellow & White body with Grey wings and Red Skis. It has the whole Winter look and more.

Thankfully there aren’t any stickers included and the parts come printed, which seems to be a rarity these days for small sets. Three elements come printed, the Plane’s tail/wing and the two letters. All have great designs and printing which match the overall look of the set. We’ve seen the two letter prints before so nothing new or exclusive there sadly. One is printed using an older design, I love it when LEGO hark back to the classic sets, and this printed letter tile is just that, perfect. 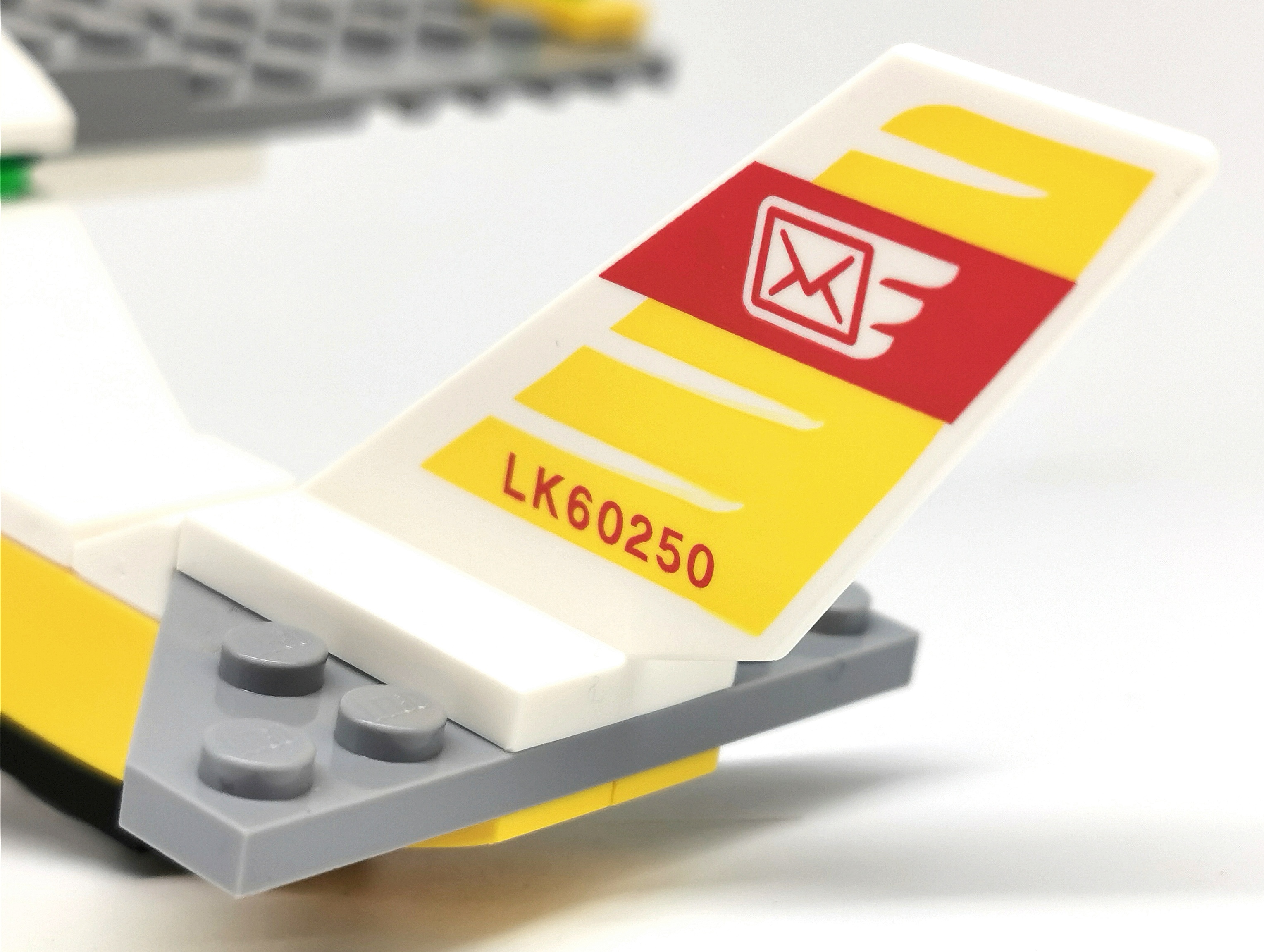 It comes with an extra little side build, a post box. Beingade up of seven parts, two of them are the letters mentioned above. So calling it a ‘little’ is very apt. The construction is simple, 2×4 white plate, 2×2 brown cylinder and a red post box. It does come complete with a Bird which sits on top.

Onto the Minifigure now and what a cracking figure he is, sporting a dark red hat, red mail jacket, black trousers, and not forgetting his cool shades.

This guy collects and delivers mail in style, and he knows it! 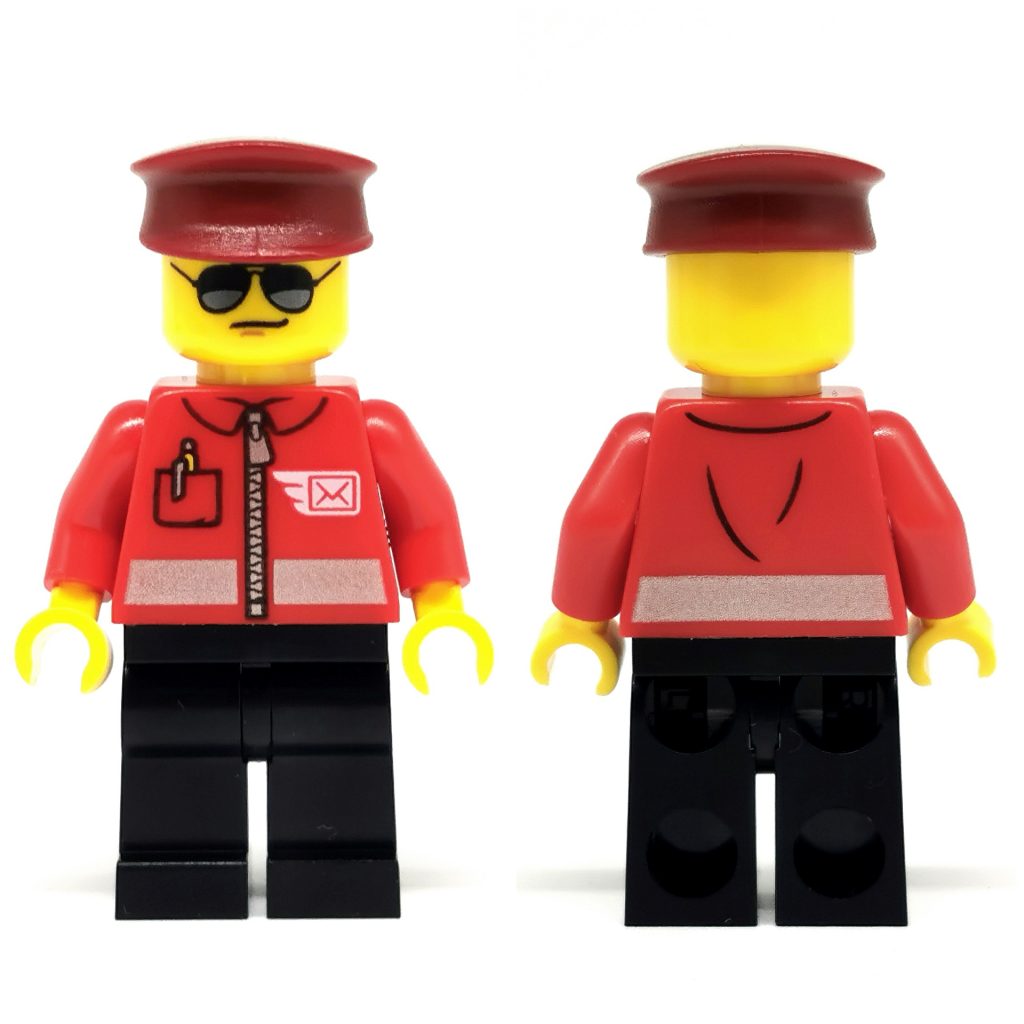 Again LEGO does a great job with designing this torso print, although the white along the bottom is somewhat faded. It may have been intentional and is meant to represent a reflective strip or alike but it does standout quite a bit and lessens the overall look of him, which is a shame as it’s a great Minifigure.

“I feel the need, the need to deliver mail!” 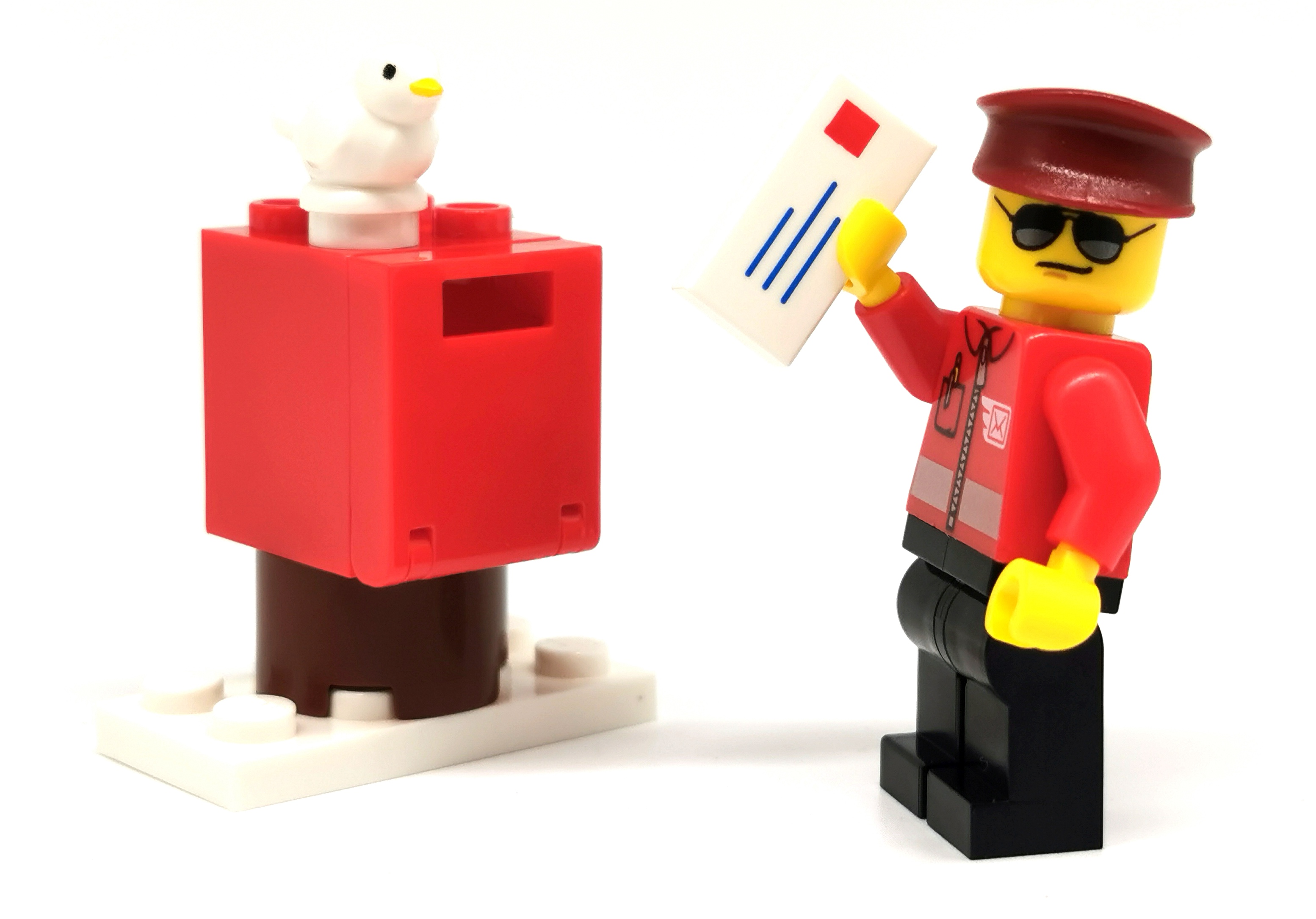 Is this one for you?! 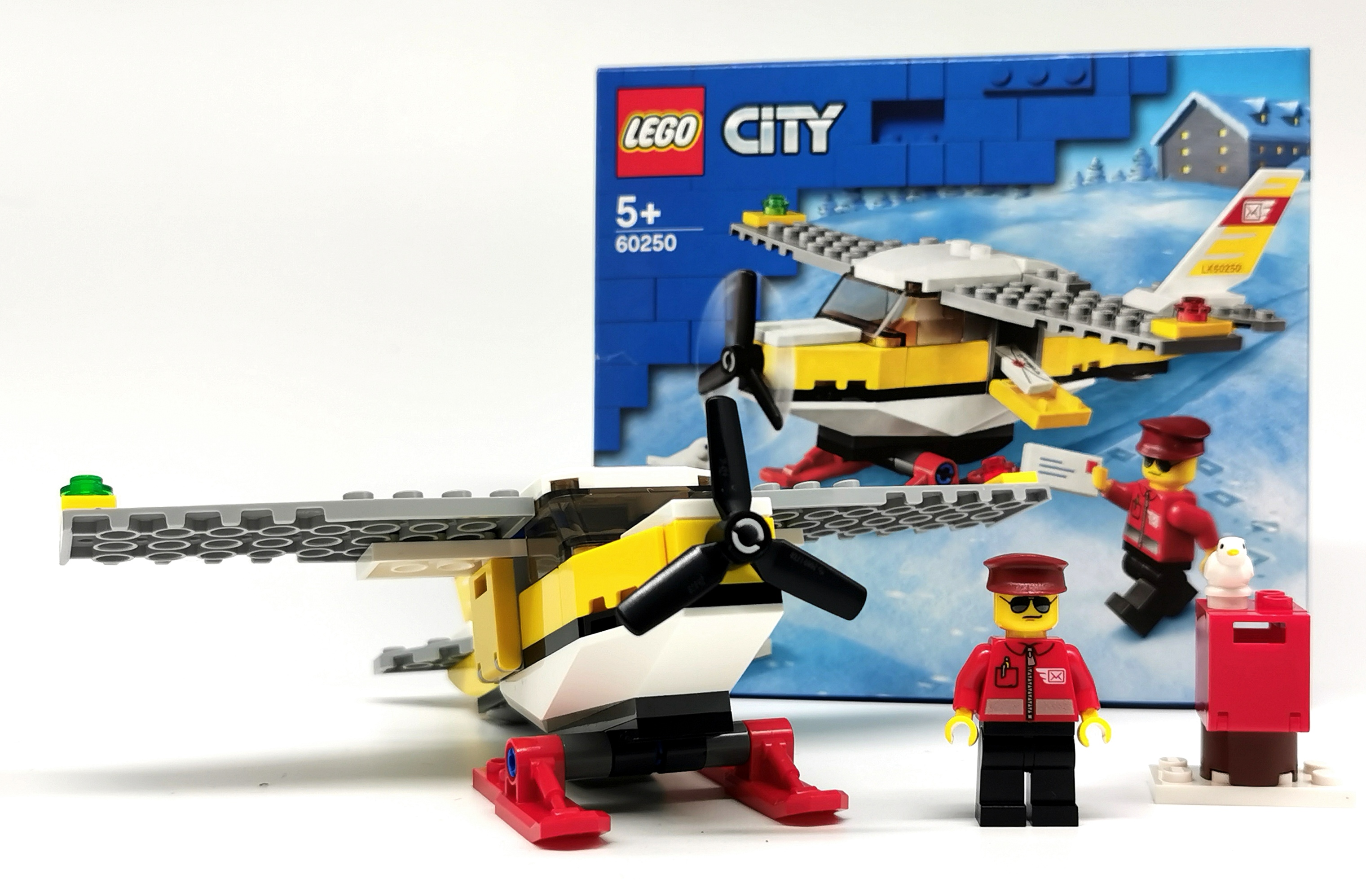 Do you have this set or is it one you’d like to purchase? Let us know in the comments below, and why not give this set a rating using the different LEGO Heads of emotions!

Overall a great little set, although a little simple and the piece count is low it makes up for it in other ways. It's Minifigure scale and firs into a Winter or City scene easily. The Plane build is good with hidden letter compartments and printed tail. Minifigure, the Cool Postman, looks fab. The printing on the torso is good but some parts could be better. No alternative face which isn't really needed but shame there isn't one. Mini Post box build is also sufficient. Very basic construction but it works.