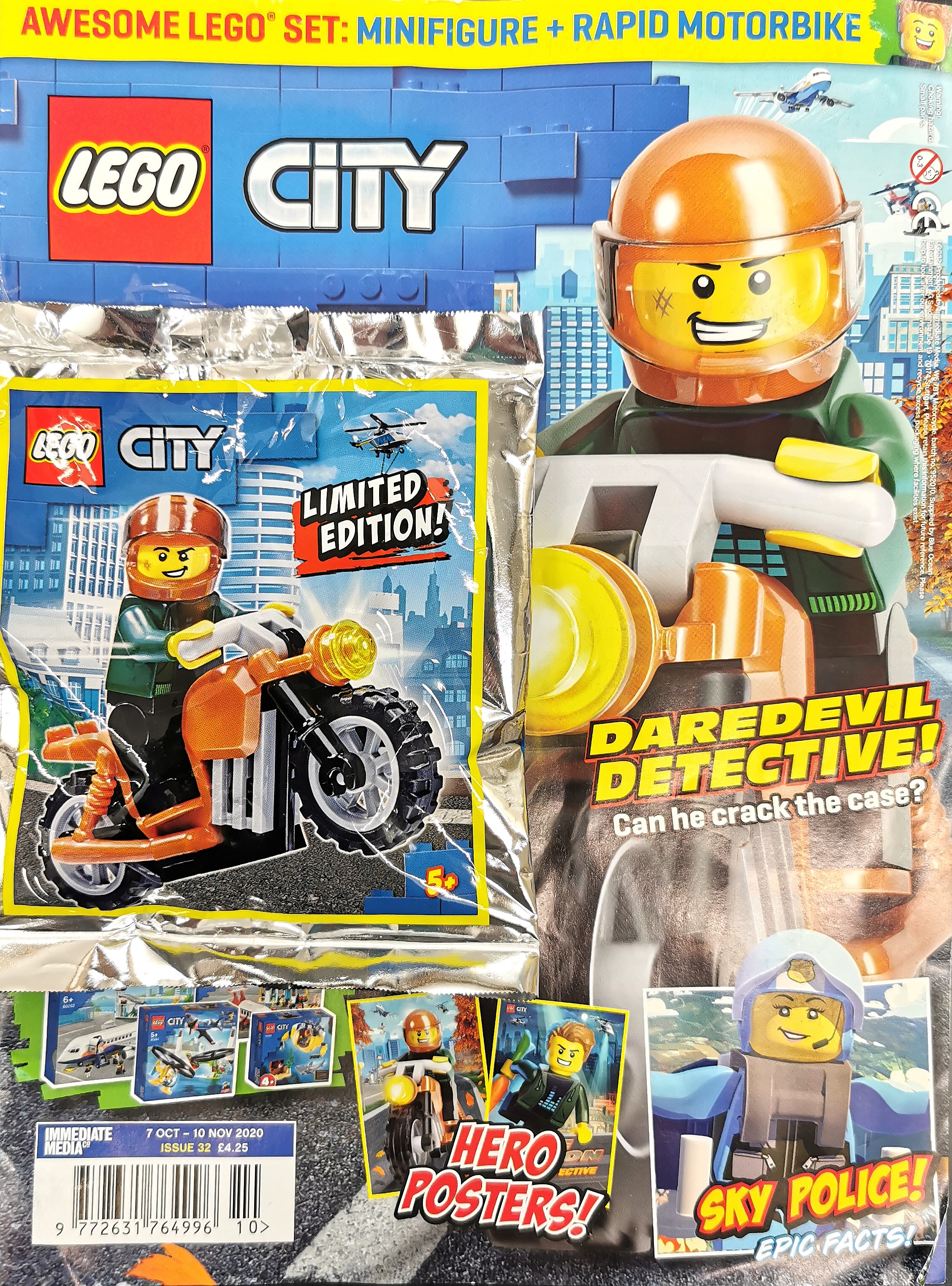 The LEGO City Magazine is, by now, a staple in everyone’s diary to run out and get. It’s so versatile in terms of the freebie we are graced with. One Month it’s a Jet Ski, the next a Policeman & ATV. This Months issue is what I’d like to see done more often, being given something a bit more exclusive and sought-after. Issue 32 is one of those magazines!

It includes the new mould style of Motorbike only previously seen in LEGO Monkie Kid sets. 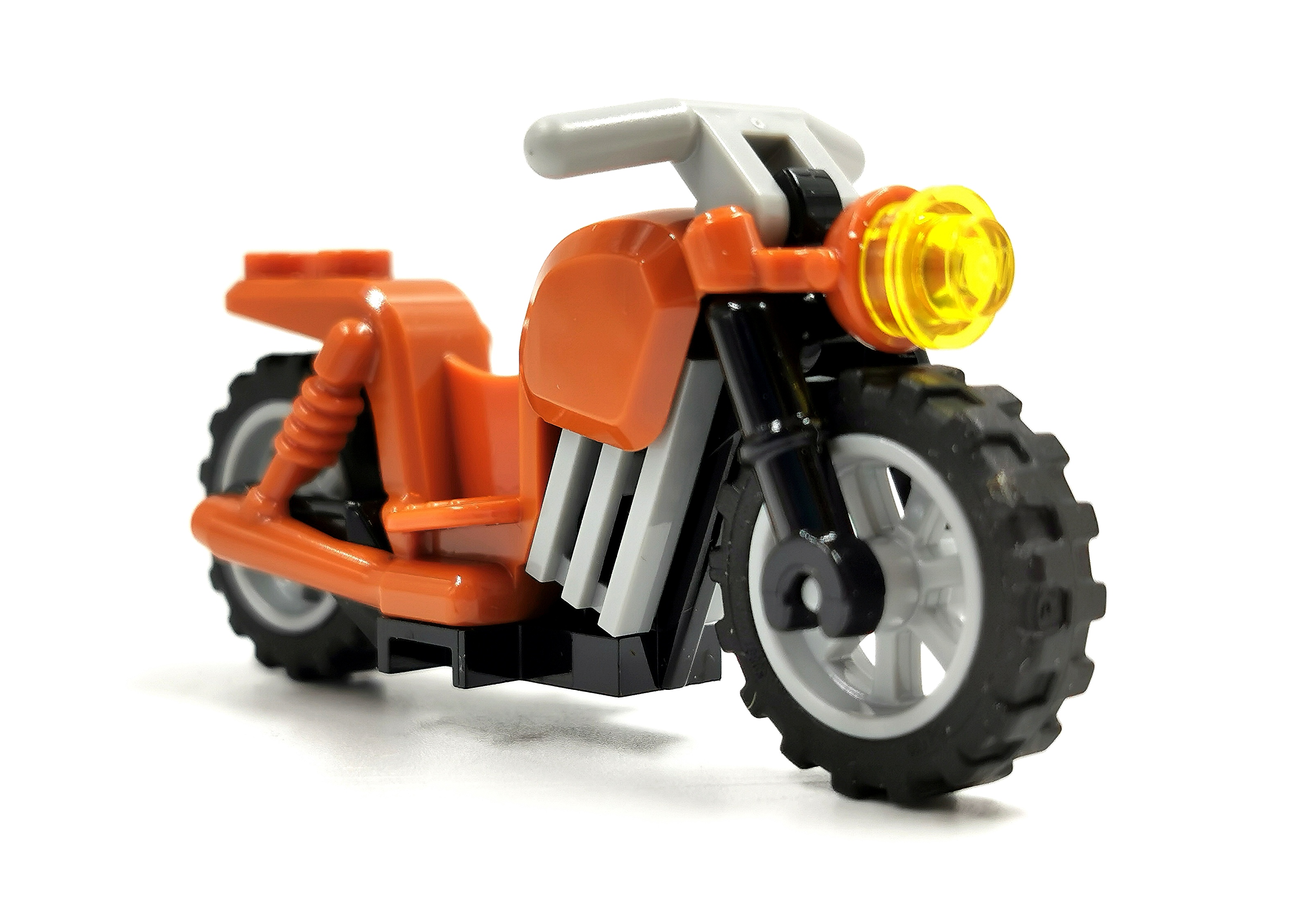 The official colour is Dark Orange, this is the first time its been made in this colour. We recently had one inside the LEGO Monkie Kid’s Delivery Bike (30341) Polybag, which we reviewed last month.

I really like the look of this new motorbike and will definitely be using it in my MOCs. It looks so well designed and the shape is similar to real-life classics. The use of the grilles either side to represent the engine/cover works amazing well for something so simple!

The whole build is only made up of 10 pieces: 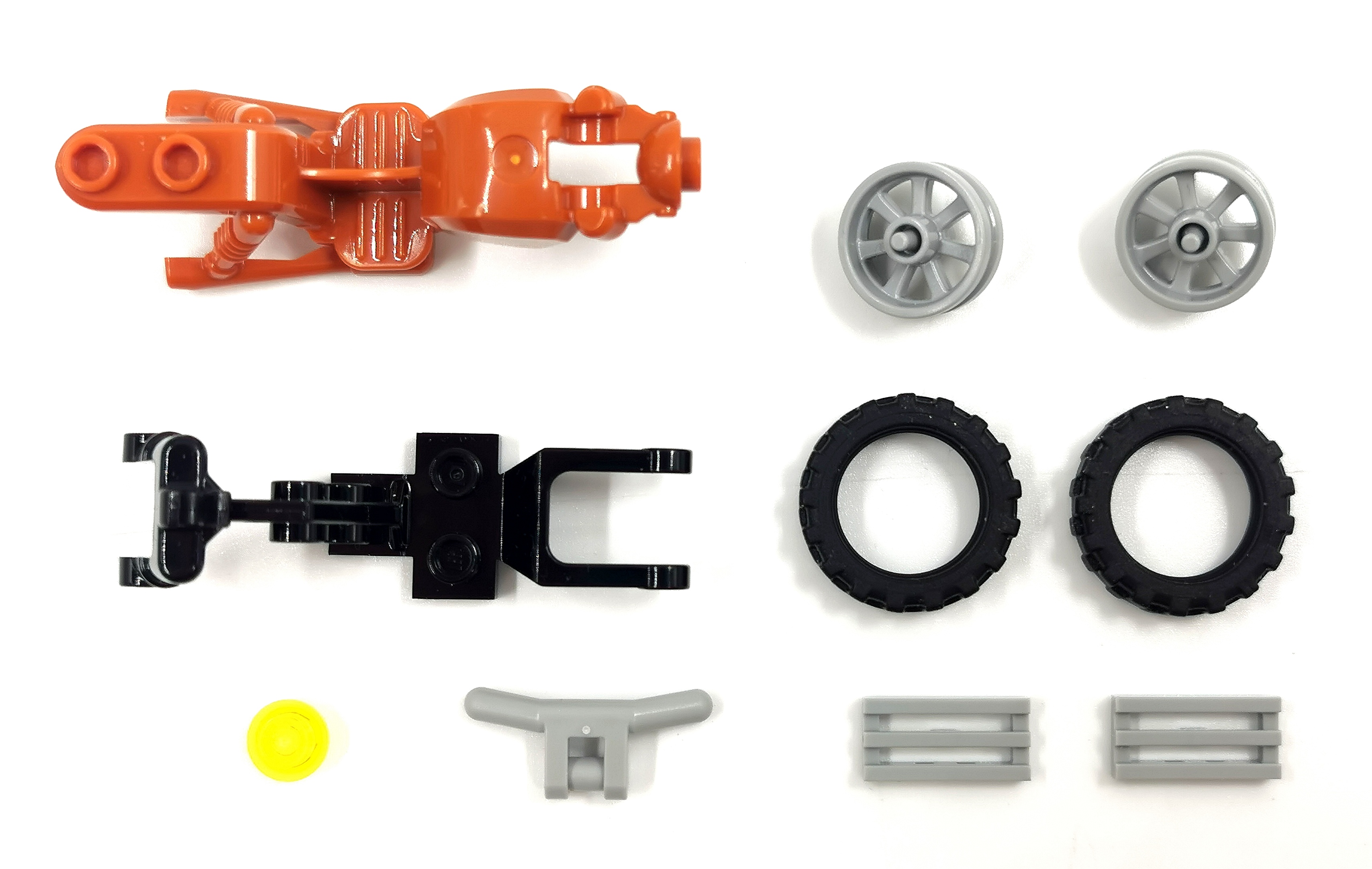 Parts needed for the Motorbike build

As always we get a Minifigure and I must say this is a nice one. His official name is Pete Python, and he’s a Private Detective! He sports a very cool torso print, a dark green hoody and a sound-bar/wave t-shirt. this combination looks really good and the print quality is top notch, as usual. 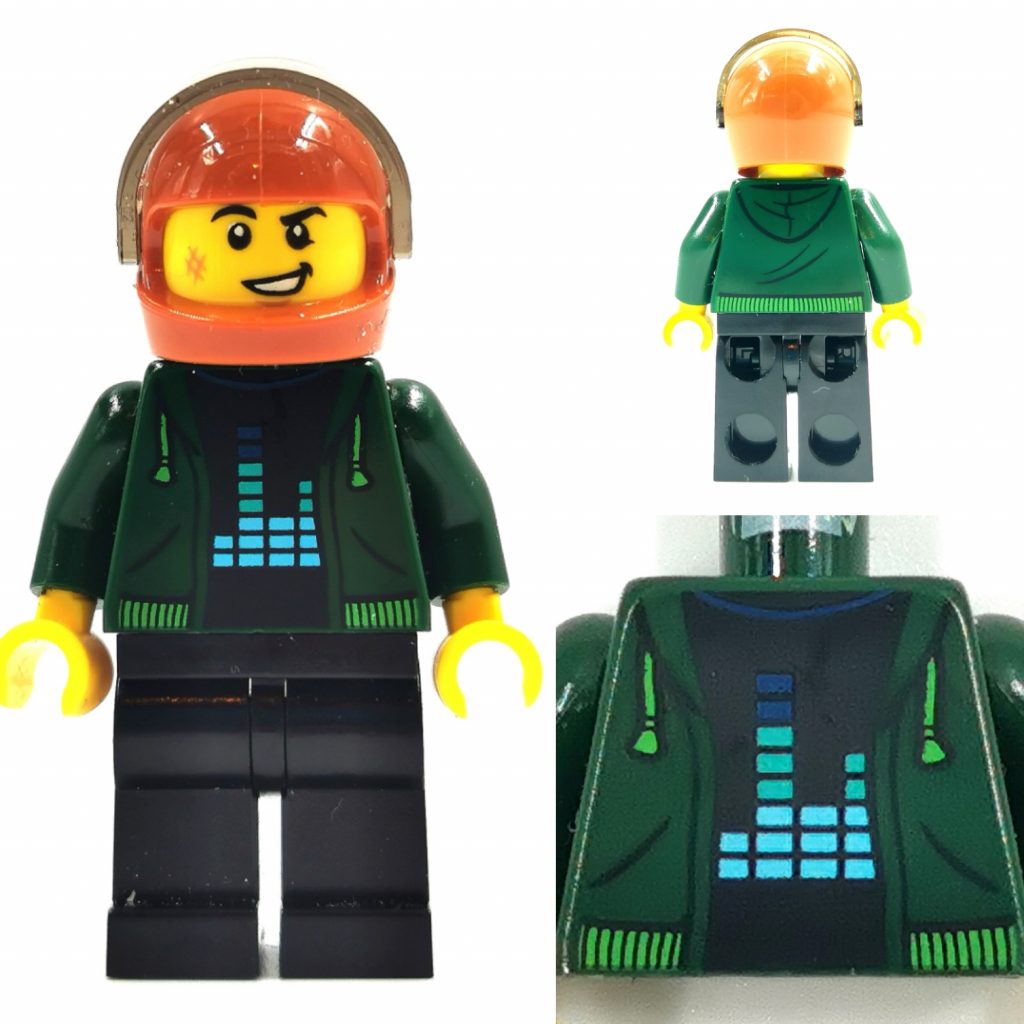 He is also featured on the included double-sided poster. One side Pete is peacefully riding his motorbike, the other he’s in action mode, with a carrot, in hot pursuit of a criminal. As always the posters are definite keepers for me and get filed away for a later date. 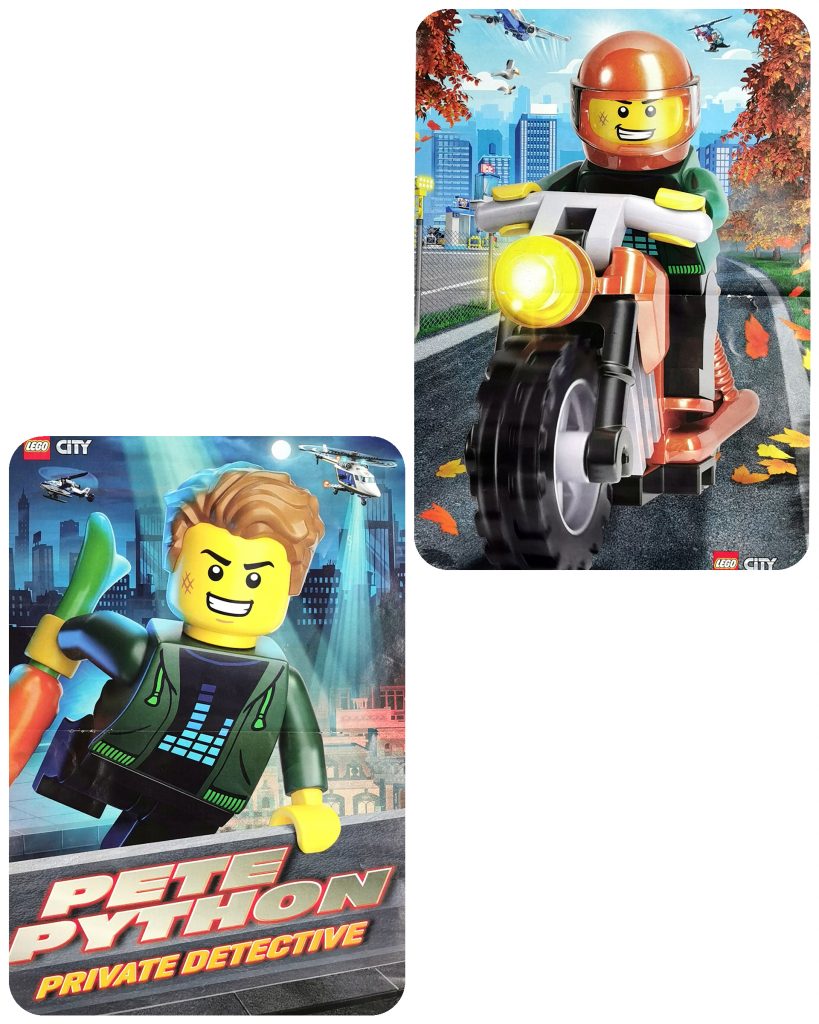 Inside we are presented witht the same contents as previous issues. Puzzles, Games, Spot the Difference, and a page advertising other LEGO sets. The backcover hosts a game called Memo Game! It’s basically a match/pairs style game. I cut these out for my Son and he had foun playing. 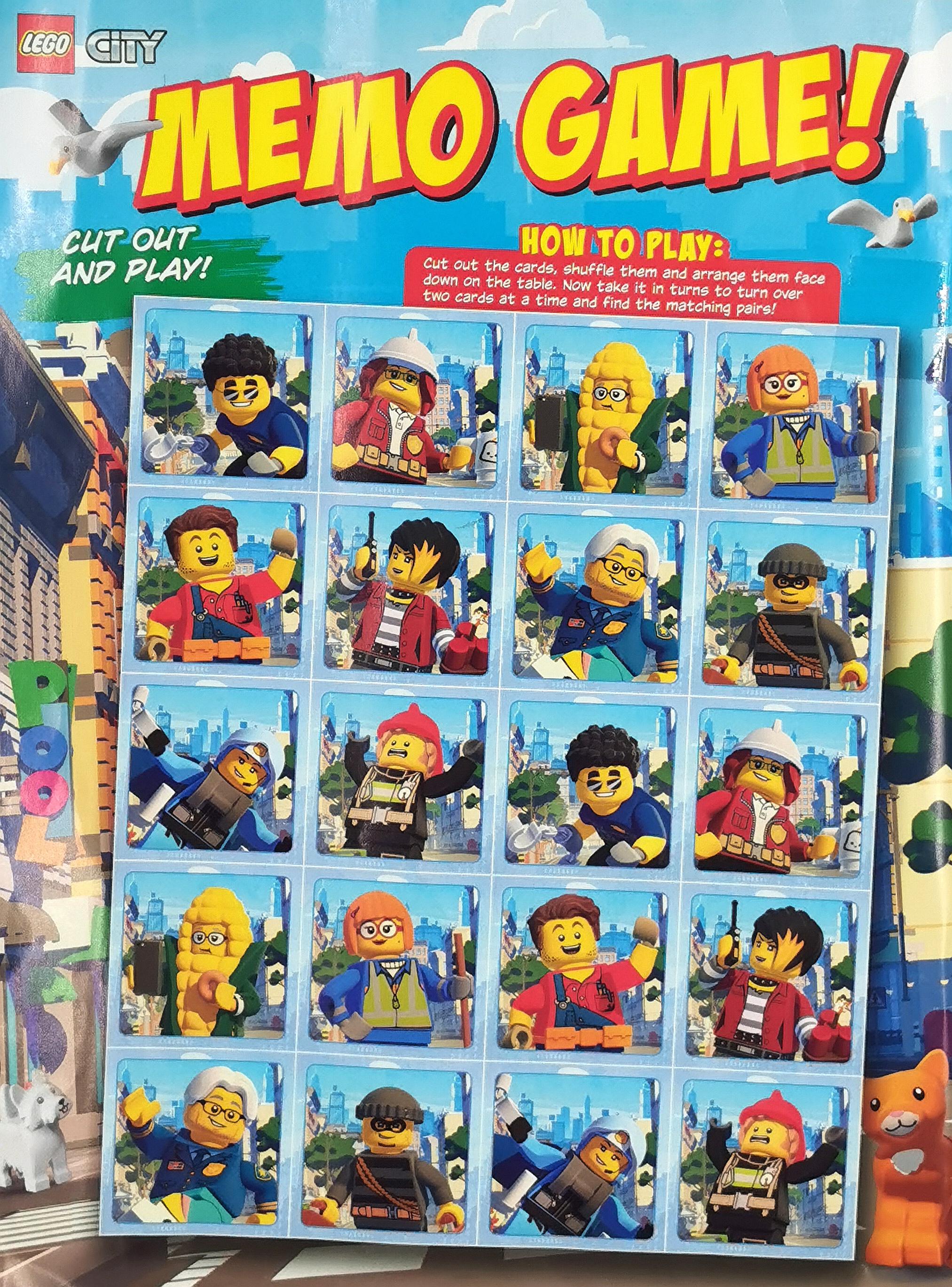 Next issue we see Duke Detain featured on the cover and the freebie is the man himself with some Police accessories and a small roadblock/bollard build. 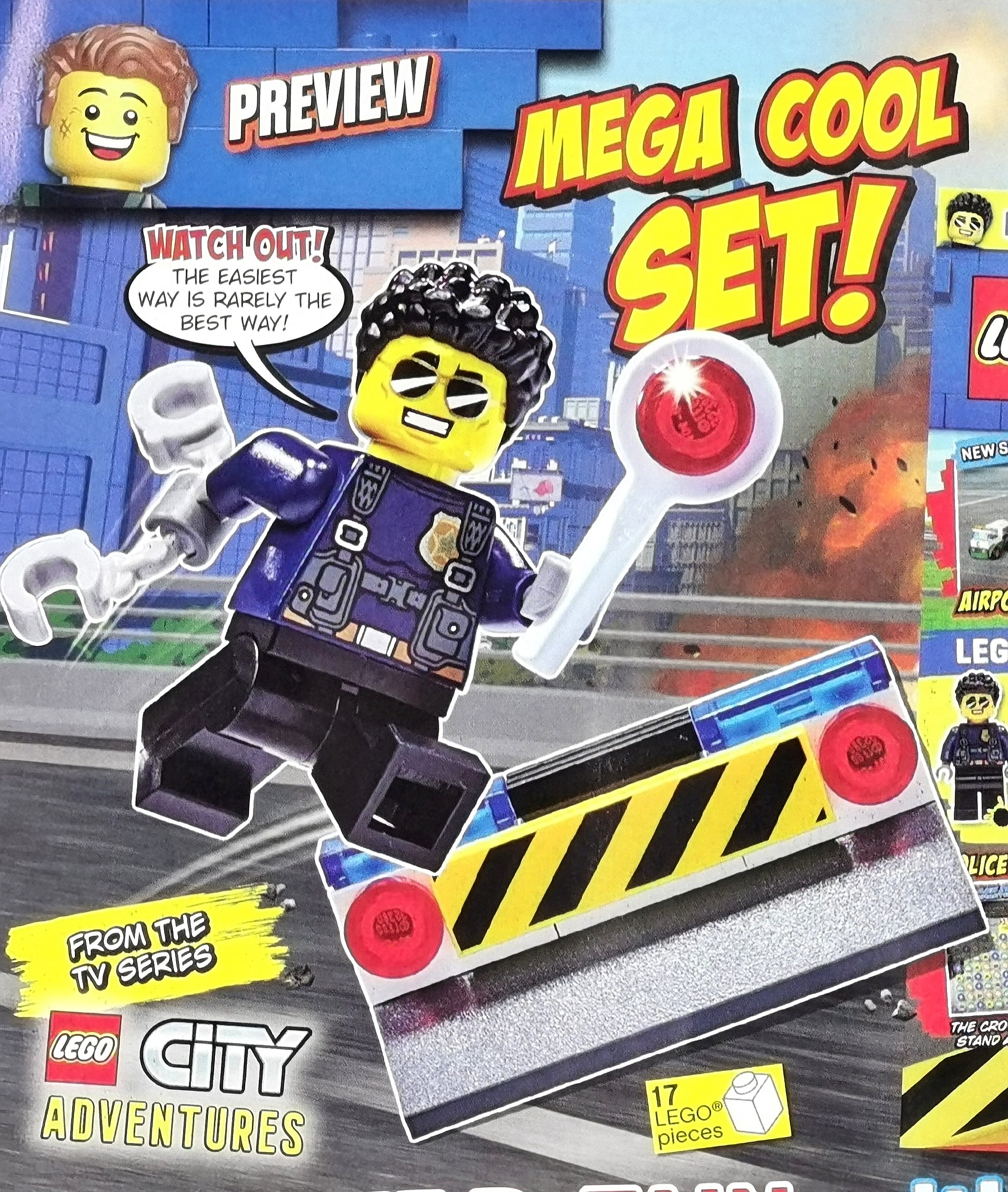 11th November is the release date for the next issue, so pop that in your calendar to make sure you pickup your copy!

Will you be picking this issue up or maybe you already have? Let us know your thoughts in the comments below, oh and why not leave your very own short review too?! 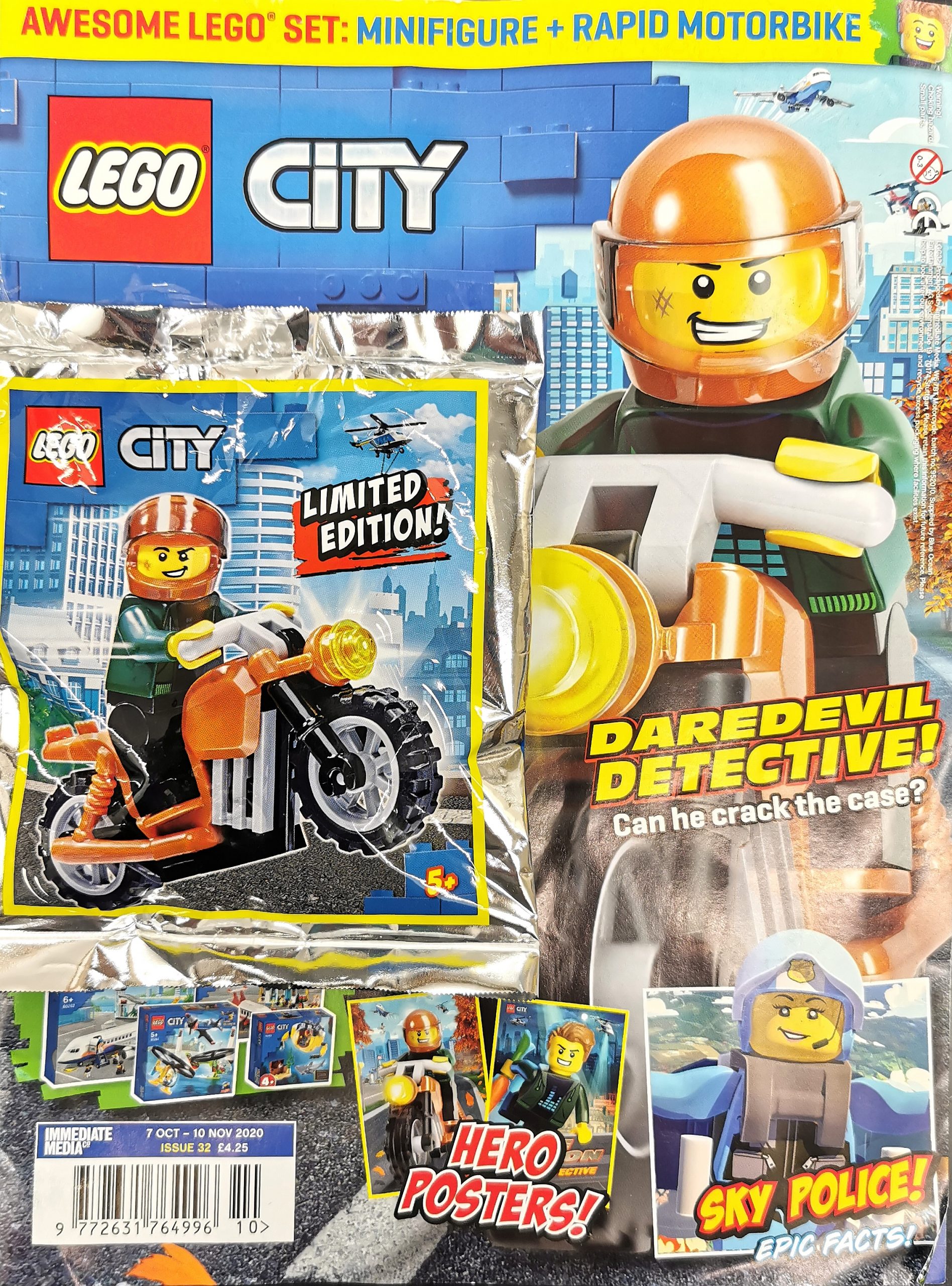 Overall another fun addition to the LEGO City Magazine range. Nice Minifigure with printed parts and an exclusive Dark Orange Motorbike to boot! For £4.25 it's quite a reasonable price, even though at first glance it doesn't really look it. The foil bag contains 15 parts, five being th eMinifigure alone. It's the fact that we get a new style motorbike in a new colour that really sells this issue. 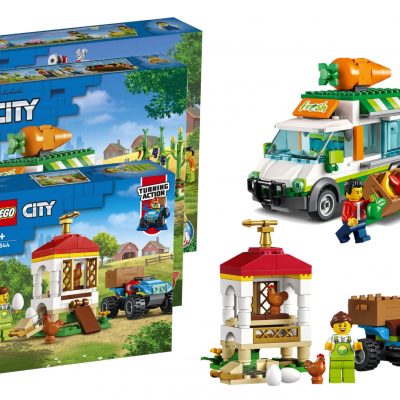 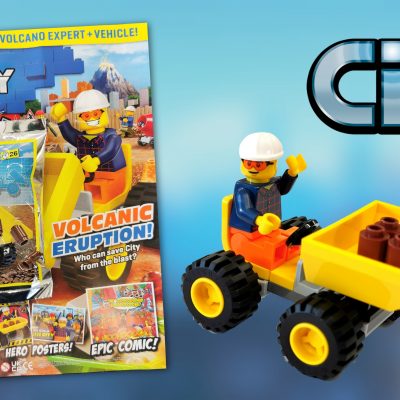