After our first look at the new LEGO Harry Potter Advent Calendar 2020, we now have images and details for the LEGO City one!

Consists of 342 pieces and six minifigures. 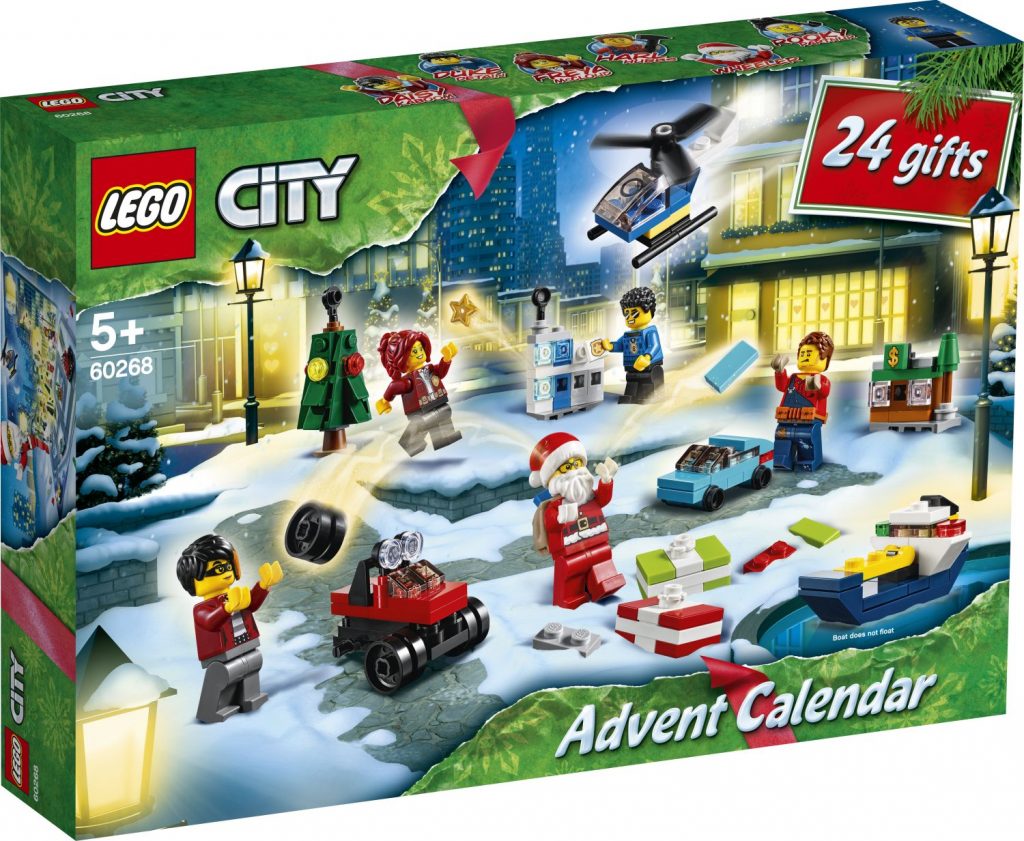 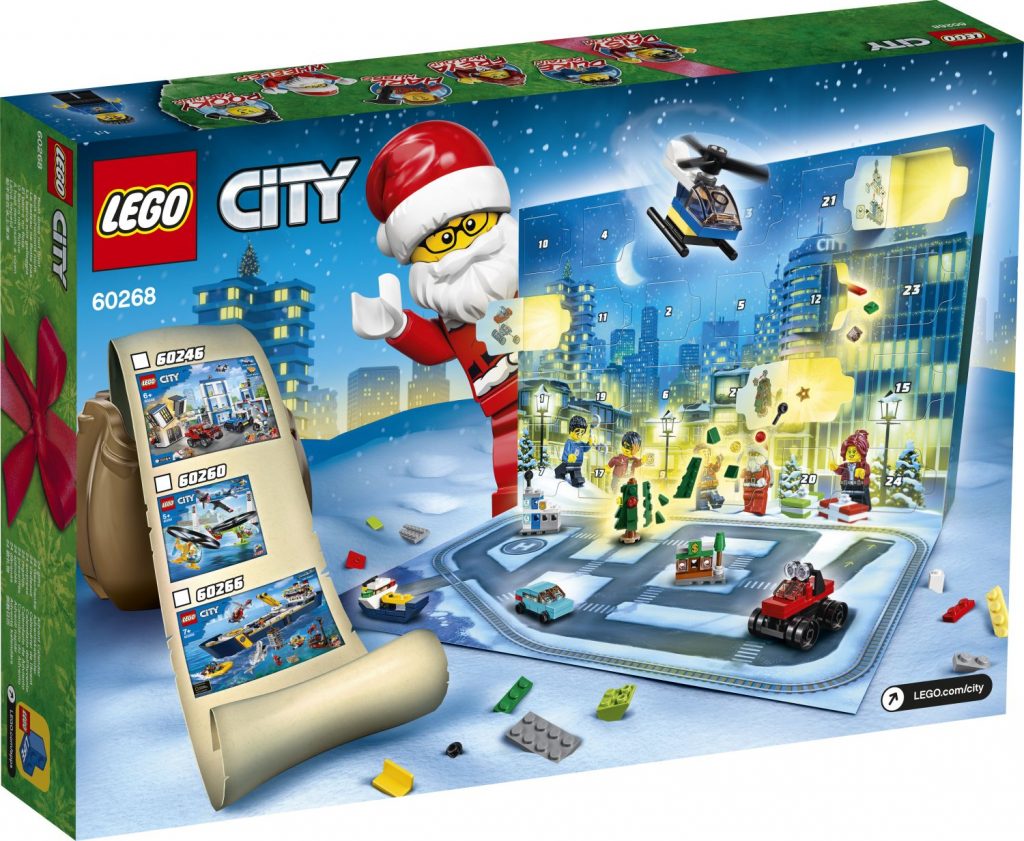 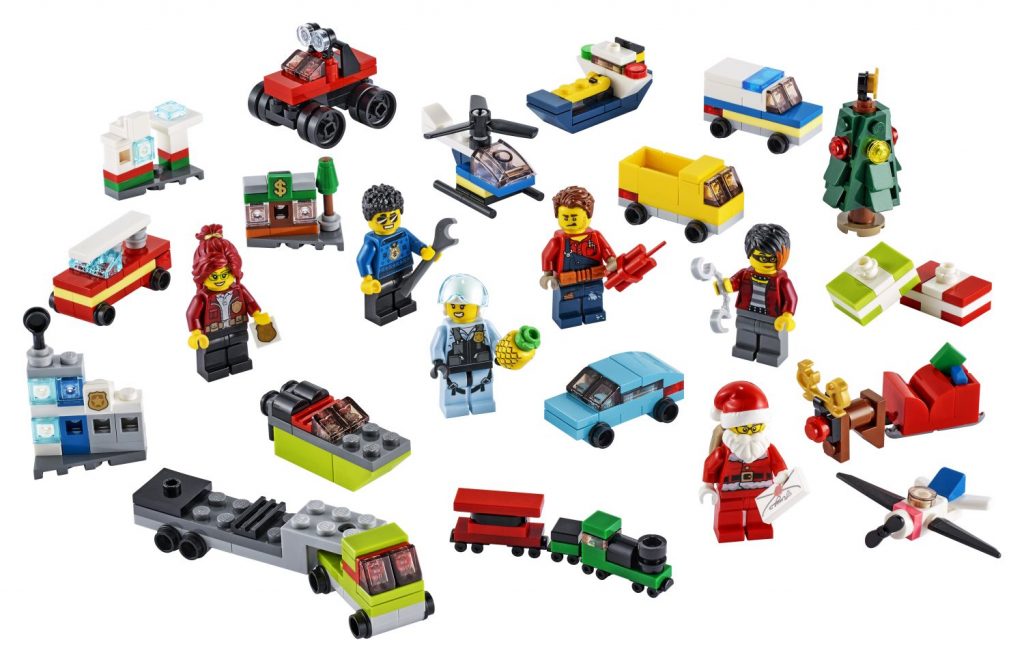 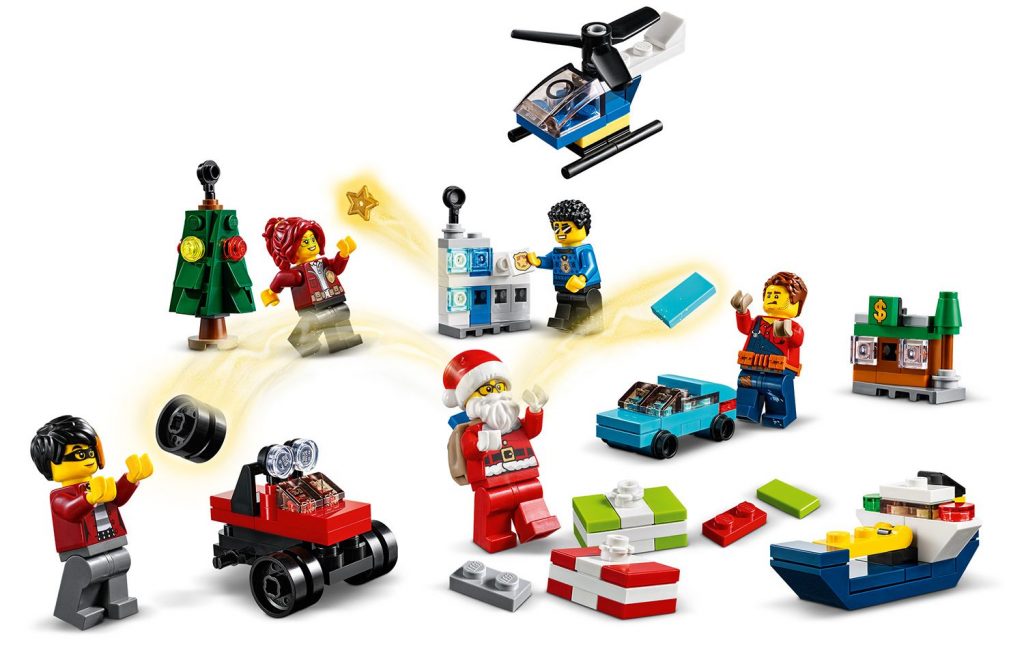 The LEGO 60268 City Advent Calendar is bursting with Christmas surprises and increases the anticipation for Christmas for all boys, girls and fans of the TV series “LEGO City Adventures”.

In addition to Christmas models and a play mat with a snow-covered city on which you can build your own Christmas backdrop, children also get six heroes from the TV series “LEGO City Adventures”. Minifigures include Duke DeTain, Harl Hubbs, Freya McCloud, Rooky Partnur, Daisy Kaboom and Chief Wheeler in the Santa Claus costume!

This LEGO City Advent Calendar is a great gift for children ages 5 and up. Each model comes with simple building instructions so that even inexperienced LEGO builders can enjoy a gripping and independent building and playing experience.

LEGO City Advent calendars offer children who like to be creative, lots of inspiration, anticipation for Christmas and wonderful surprises. The models, minifigures and accessories included in the calendar can also be combined with existing LEGO play sets to open up even more play options.

The calendar contains 24 gifts, including a Christmas tree and Santa’s sleigh as mini-models, six heroes from the TV series “LEGO City Adventures” as minifigures, for example the Chief Wheeler dressed as Santa, and a city play mat cleared streets.

This LEGO City Advent Calendar contains Christmas models, heroes from the TV series “LEGO City Adventures” as minifigures and a snow-covered city play mat on which children can build backdrops for their own Christmas stories.

Looking for a cool gift for a child from 5 years old? This advent calendar is perfect for all fans of the TV series “LEGO City Adventures” and for children who like to get creative while playing. Only very basic building skills are required.
The LEGO City Advent Calendar is 7 cm high, 38 cm long and 26 cm wide.

Batteries are not required! The blooming imagination of small children is enough to drive the LEGO building toys and figures contained in this Advent calendar. So nothing stands in the way of Christmas fun.

This LEGO City Advent calendar includes simple building instructions so that even inexperienced LEGO builders can enjoy a gripping and independent building and gaming experience. 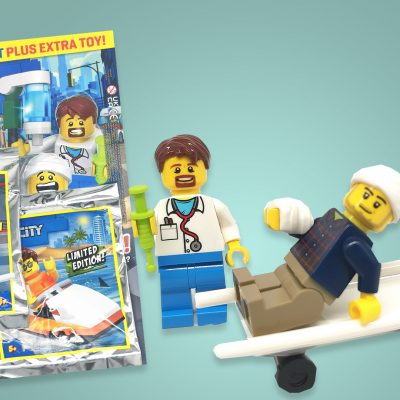 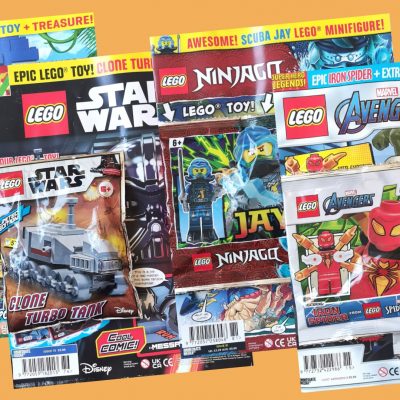