The BaM (build a minifigure) station is fast becoming the place to grab new and exciting LEGO characters and on quite a regular basis too!

The last lot that were available focused on Halloween and included a Day of the Dead character, a spooky Scarecrow, a Witch, and a boy dressed in a Bat costume.

Thankfully my local store isn’t too far and I can pop in a few times during the month to check if new parts have been added, also joining several LEGO related Facebook Groups does help with keeping up-to-date with what is available. The new Christmas 2022 BaM (build a minifigure) have been released and are available in most stores Worldwide – Here is a closer look at them:

As a whole the selection of characters is quite random, with no real theme, other than Christmas, running through them. We have Mrs Claus, a Gingerbread Woman, and a Boy. 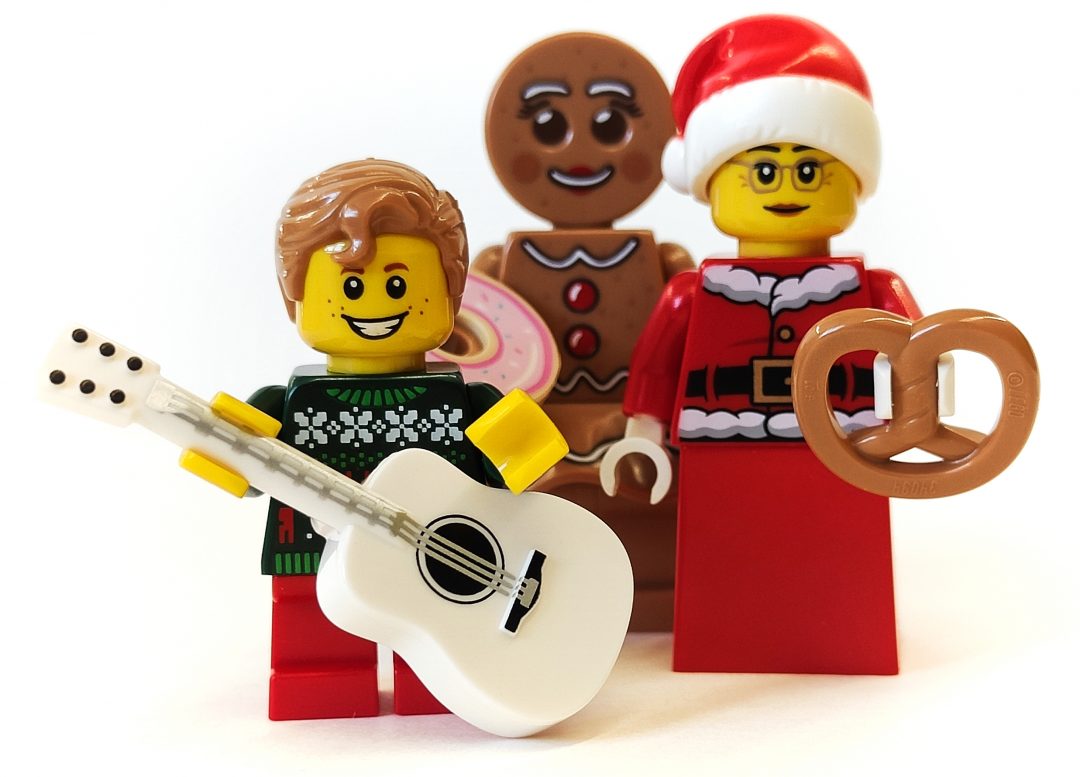 LEGO have released a few Gingerbread people over the years so having another one to add to the collection is nice, however this one has been seen once before, in the Gingerbread House (10267) from 2019, which has since been discontinued making the Minifigure extremely sought-after until now.

She features an entirely Gingerbread themed head, torso, and legs, even her skirt has the same design, making the whole Minifigure look very Christmassy indeed. She comes with a giant Donut tile which has been seen in the Police Station modular and some City sets. 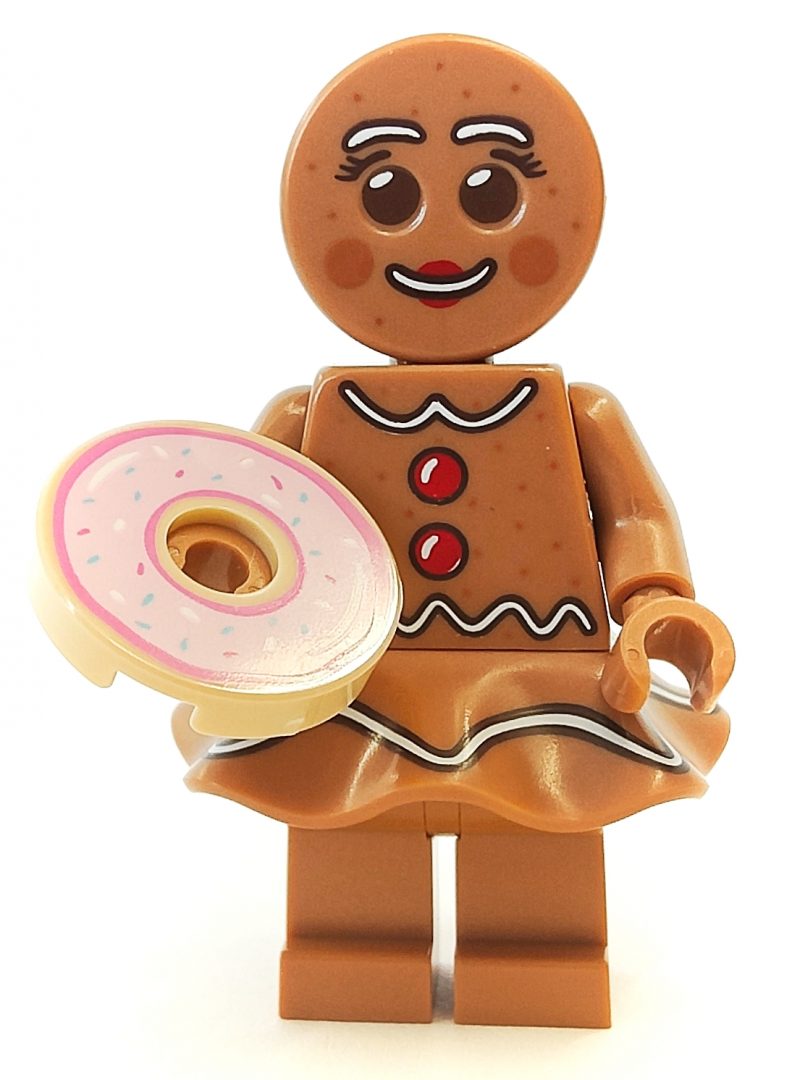 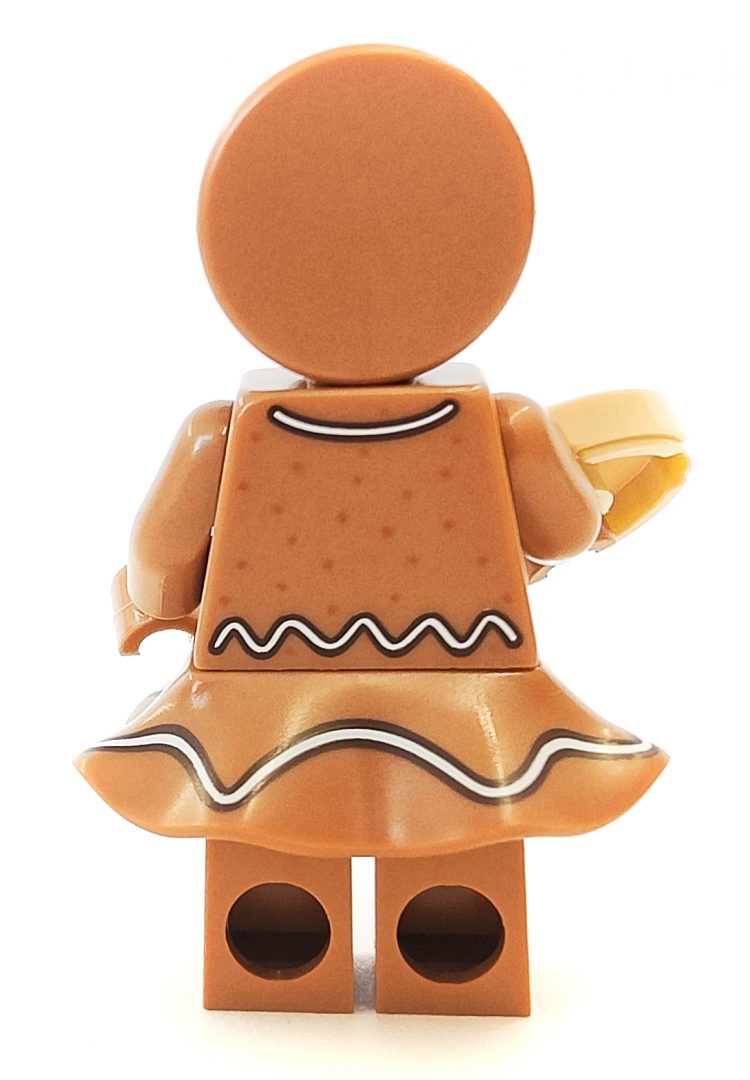 It wouldn’t be a Christmas BaM without some sort of Santa Minifigure, this year we get his better half, Mrs Claus!

She has been seen many times before and in a handful of sets, sadly she isn’t an exclusive Minifigure, but when the chance arises who is going to say no to adding another to the collection?

With her red outfit complete with white fluffy trim, the character portrays Mrs Claus well. The included white hair piece finishes her off along with the Pretzel accessory element, we all know what the Claus’ have for breakfast, yummy treats and Pretzels. 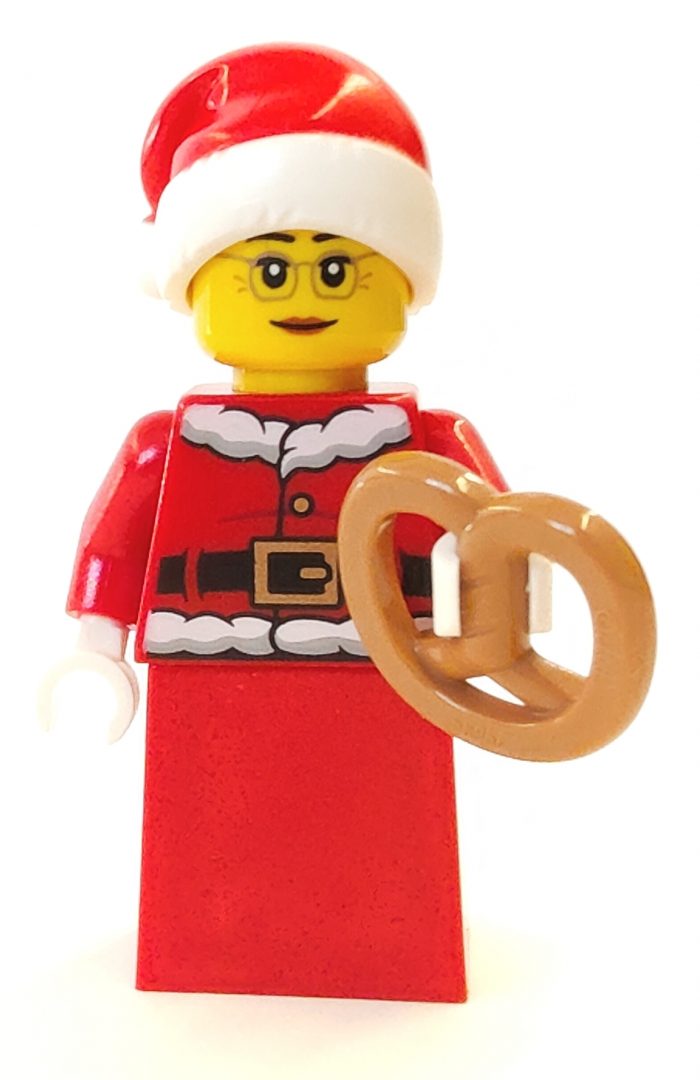 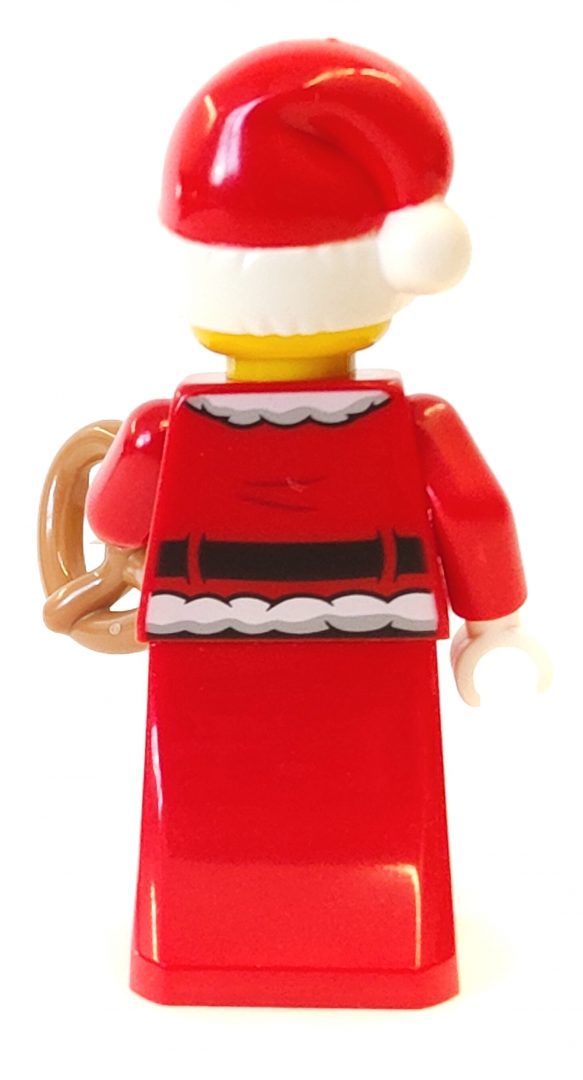 Last but not least we have the young Boy Minifigure, which you may think is the weakest character of the bunch, but you’d be wrong, he comes with a very smart Christmas jumper. I’ve not personally seen this design before so it could well be an exclusive, which makes it very sought-after to Minifigure collectors, me included.

He so comes bundled with a white Guitar, the accessory itself has only been seen in a handful of sets, most recently the Winter Village Collection Holiday Main Street (10308) set. I myself have a small collection of those Guitars but won’t say no to another one, these are essentially good for MOC (my own creation) makers. 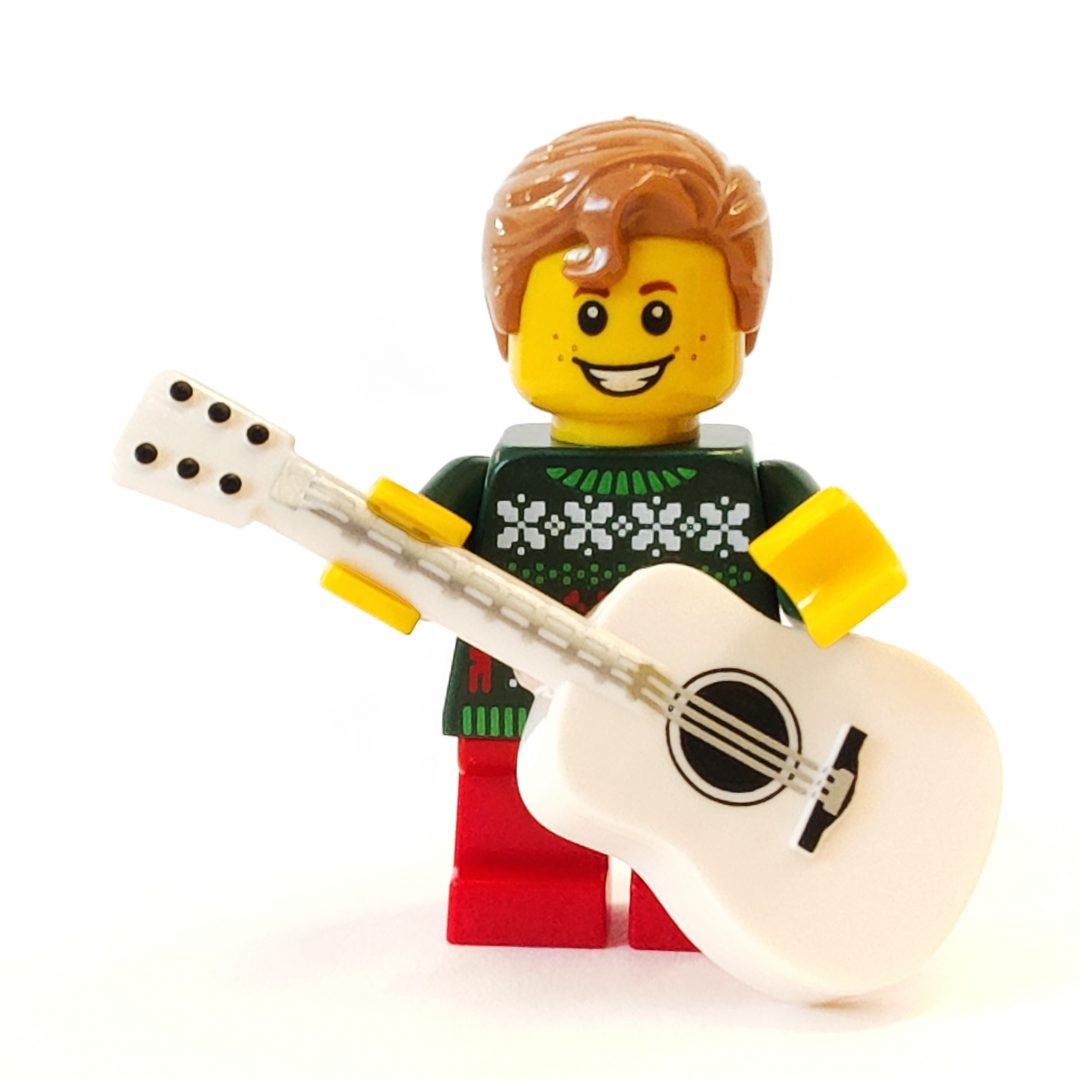 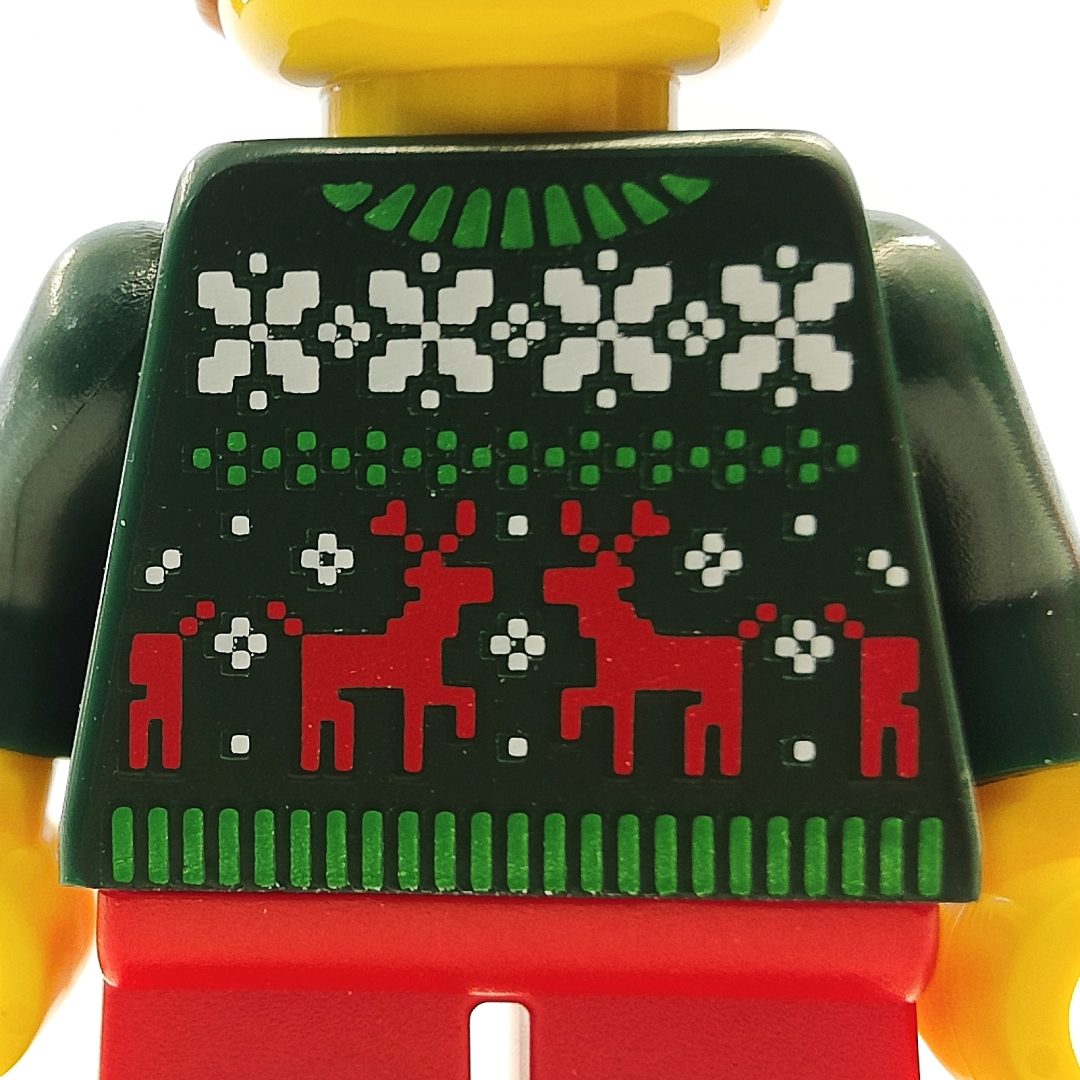 If you like the look of these characters they are available now at most Certified LEGO Stores, although I would recommend phoning ahead to confirm before heading in and even getting a pack put by for you to avoid disappointment. You can either make them yourself or some stores conveniently bundle them into packs for you and are often located near the till area.

Let us know in the comments what you think of these new Minifigures and whether you collect them or not, we love hearing from you. 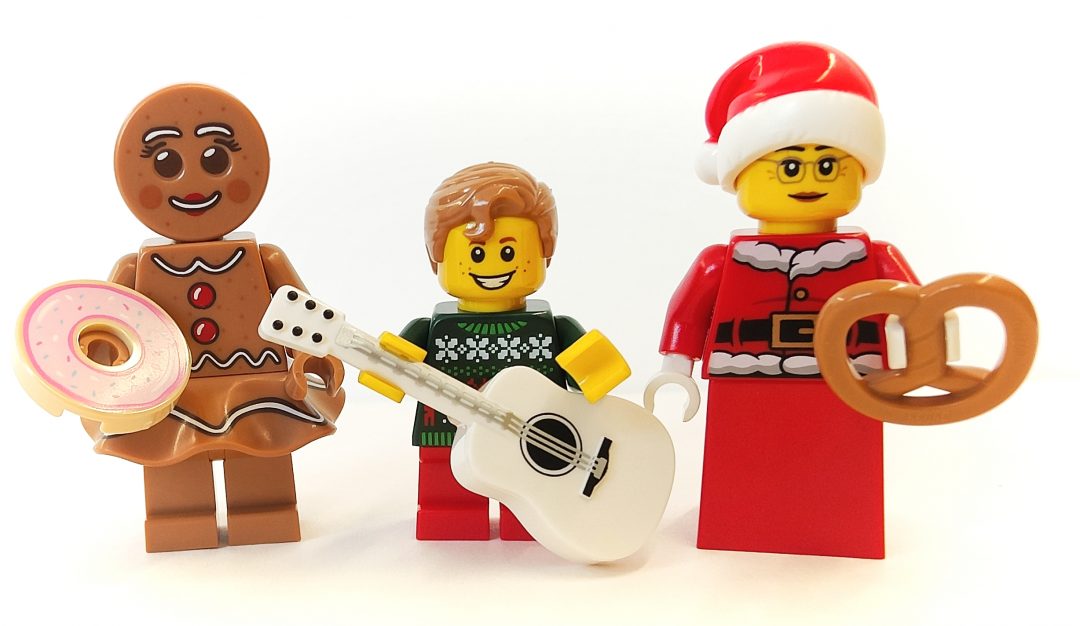 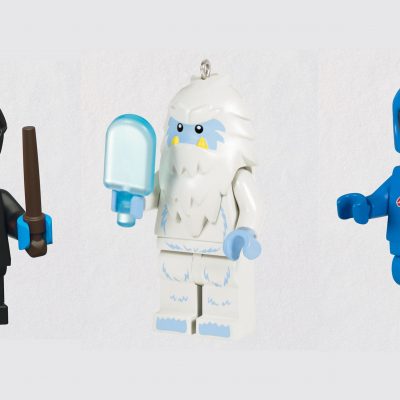 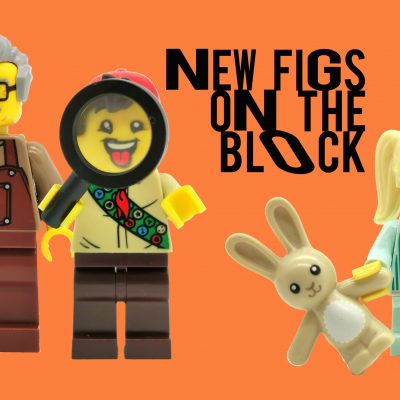