When it comes to deciding which LEGO Ideas submissions to feature here on The Brick Post, we tend to treat it as an Editors choice, scouring the official website for what grabs our interest and pushes the boundaries of the humble LEGO brick.

This week’s feature certainly does that and has done something I’ve not seen before, a brick-built belt.

Martin, a.k.a Boom Brickz, has designed an awesome replica of the WWE Heavyweight Champion Title Belt!

When I was growing up I would always watch wrestling on a Sunday morning with my dad, back then it was the WWF and later was changed to WWE. I know many people love the sport and have followed it for many years. I thought this deserved a project on Ideas. – Martin 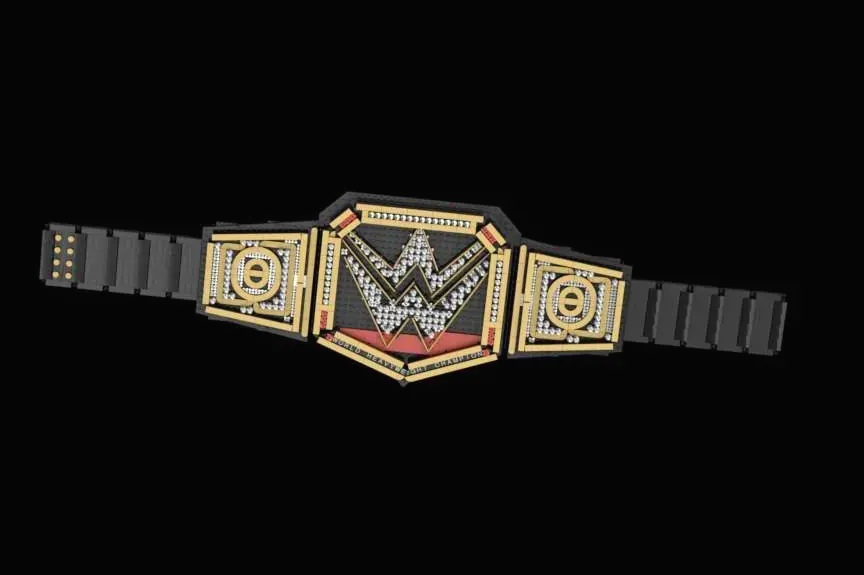 I must say that I have seen enough to know what it is all about but I’m in no way a big fan of WWE so do excuse me for not knowing the relevant terminology etc.

The product idea itself looks stunning in its digital form and looks to be spot on from what I’ve seen. There is so much detail it’s crazy, with all the LEGO studs, tiles, plates, gems and printed text tiles. In total the set consists of a decent 1443 parts, it’s also 32 studs wide and 132 studs long. 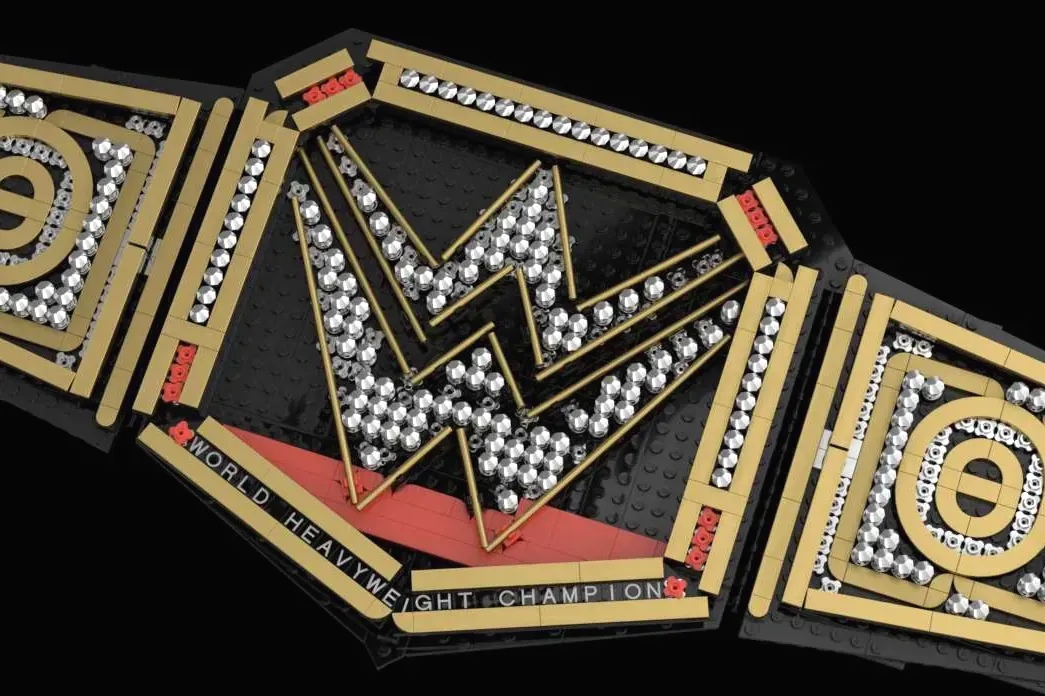 I’d love to take a closer look at this and see how Martin has connected each section in order to make it curve round just like the real belt. I’m sure it’s some fancy brick work used and far beyond my building skills. It’s these new techniques that really peak my interest in ideas and MOCs (my own creation) like this and ultimately sways me in getting the finished product and learning from them.

This would most certainly take centre stage hung on a wall or displayed on a shelf in your collection, and is a must for any WWE fan, especially if you’re a fan of John Cena (and other title holders) as he is included in Minifigure form!

He’s sporting his WWE outfit, green cap and ‘Respect, Earn It‘ t-shirt. He also has his own WWE Heavyweight Champion Title Belt, which is printed onto a 1×2 black tile.

Many great and famous wrestlers have held the title of World Heavyweight Champion including John Cena, who has to be one of my favourites – Martin 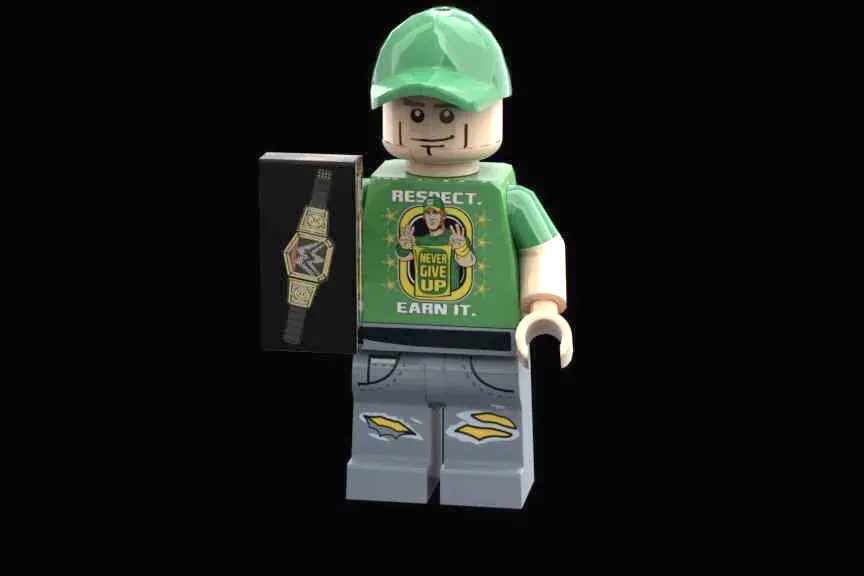 Overall the product idea by Martin @boombrickz is nothing short of awesome, I’m not a WWE fan but even I want this set – I’m just hoping you can wear it.

We want to wish Martin the best of luck with promotion and gathering the 10k supporters it needs, good luck! 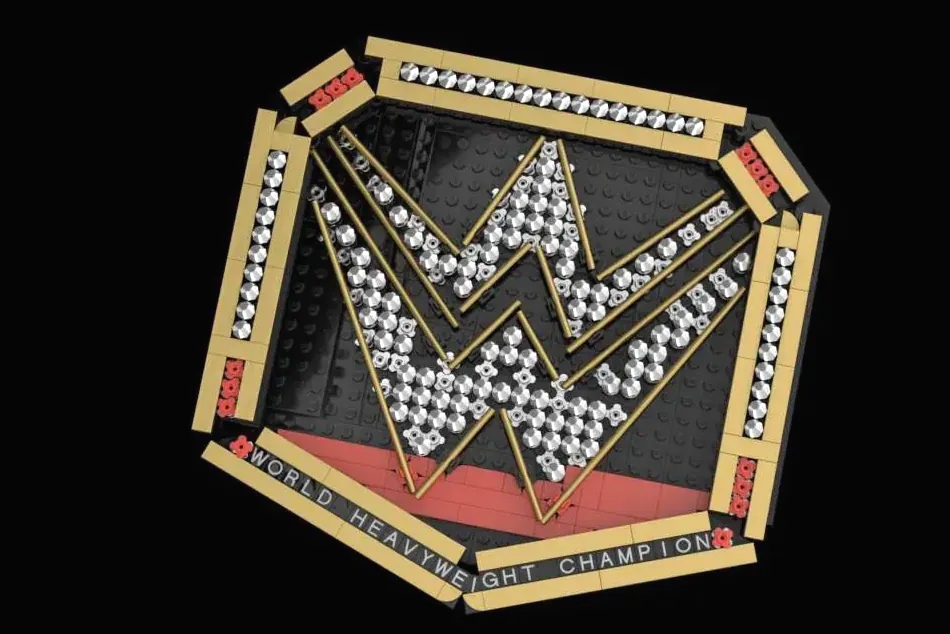 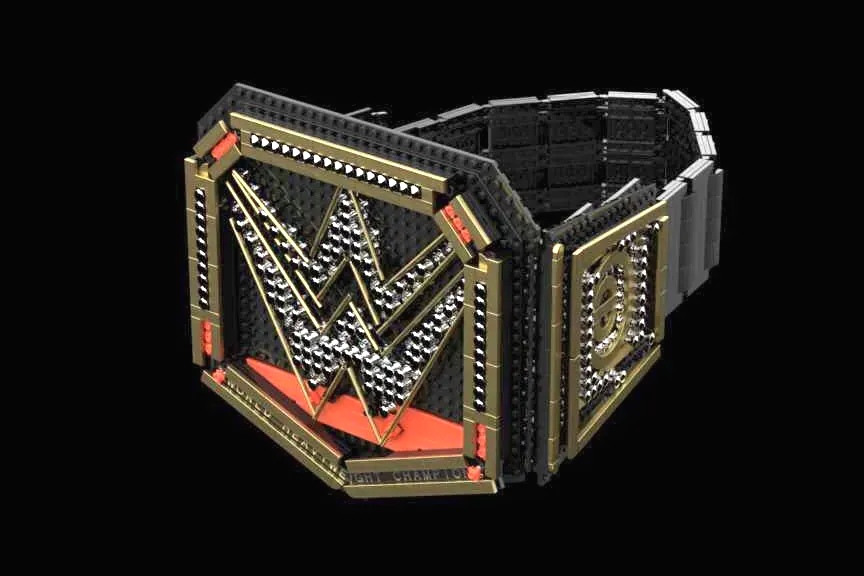 To show your support please head over to the creators official LEGO Ideas page and hit that all important support button:

Leave a Reply to Martin aka BoomBrickz Cancel reply