I’m Michael, a.k.a The_LEGO_Shed, big fan of LEGO and a father of two boys. Please join me on my adventures sharing my love of LEGO via Instagram and my reviews here on The Brick Post. I love building and you’ll often find me buried in bricks getting stuck into a set or two.

I hope you enjoy my very first review, featuring the Motorized Lighthouse (21335)!

One thing you can always say about LEGO Ideas is that no other theme gives us so much variety and there is always something for everyone. Already this year we’ve had Sonic the Hedgehog, The Globe, Vincent Van Gogh – The Starry Night, The Jazz Quartet and now our first building of 2022, the Motorised Lighthouse. The set was originally submitted by Sandro Quattrini and was chosen back in January 2021.

The Motorised Lighthouse towers above the other sets this year at just under 60cm tall and is 2,065 pieces, it retails at £259.99. The price does feel steep but it does include the motorised elements, which to buy on their own would be around £50, so make up nearly 20% of the cost. It’s also worth nothing that there are four of the large rocks that are used to make up the base, which again bump up the cost. 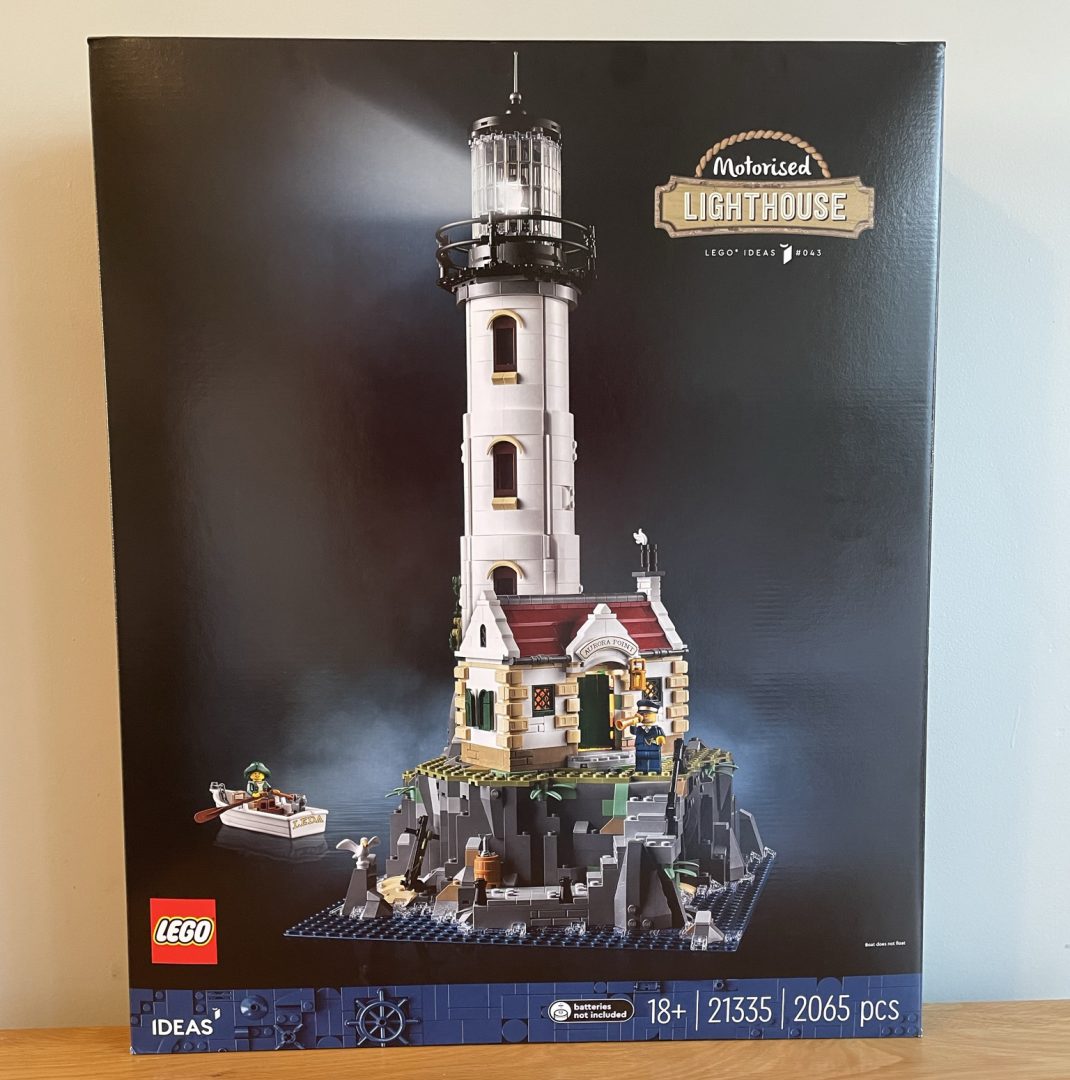 For anyone who has built the Ninjago City sets, the first bag will be similar as you place down water tiles and the outline of the rocky island the lighthouse sits on top of. Thankfully there is only one bag of them and not the multiple bags you get with the Ninjago sets. The clear cheese slope pieces do a great job of showing the waves crashing against the rocks. There is a small section of mismatched tiles that pays tribute to Lego designers who often have to work with a limited selection of pieces and have to make the best out of them. 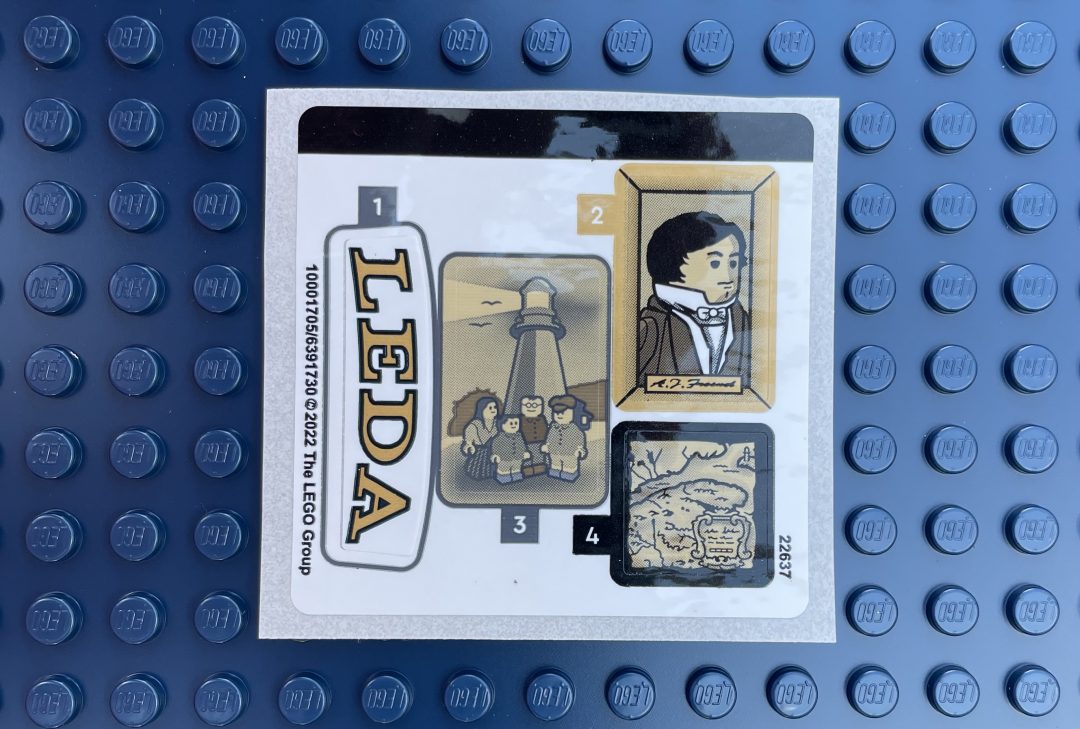 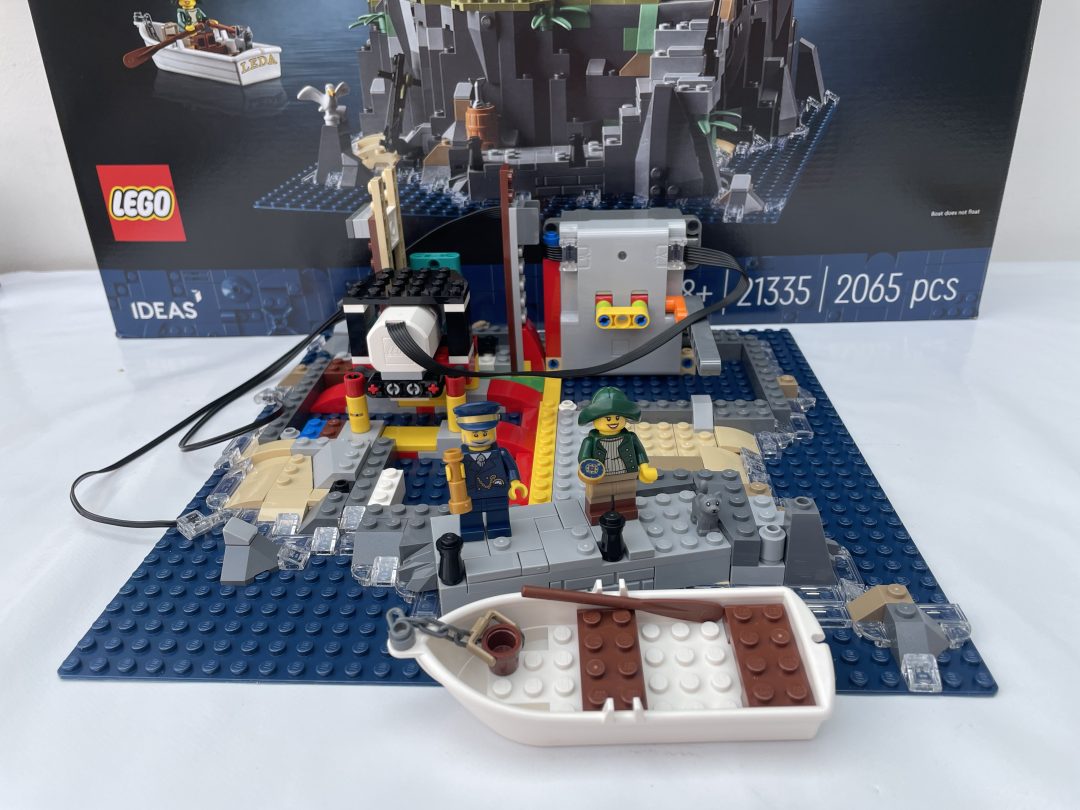 Overall, it was an enjoying build, one sight criticism that I had was that the light wasn’t spinning properly once I finished. I worked out that the issue was connection to the motor but to get to it involves taking apart the base to get to the motor. Thankfully it was a quick fix, but it did involve a fair bit of taking apart and rebuilding. 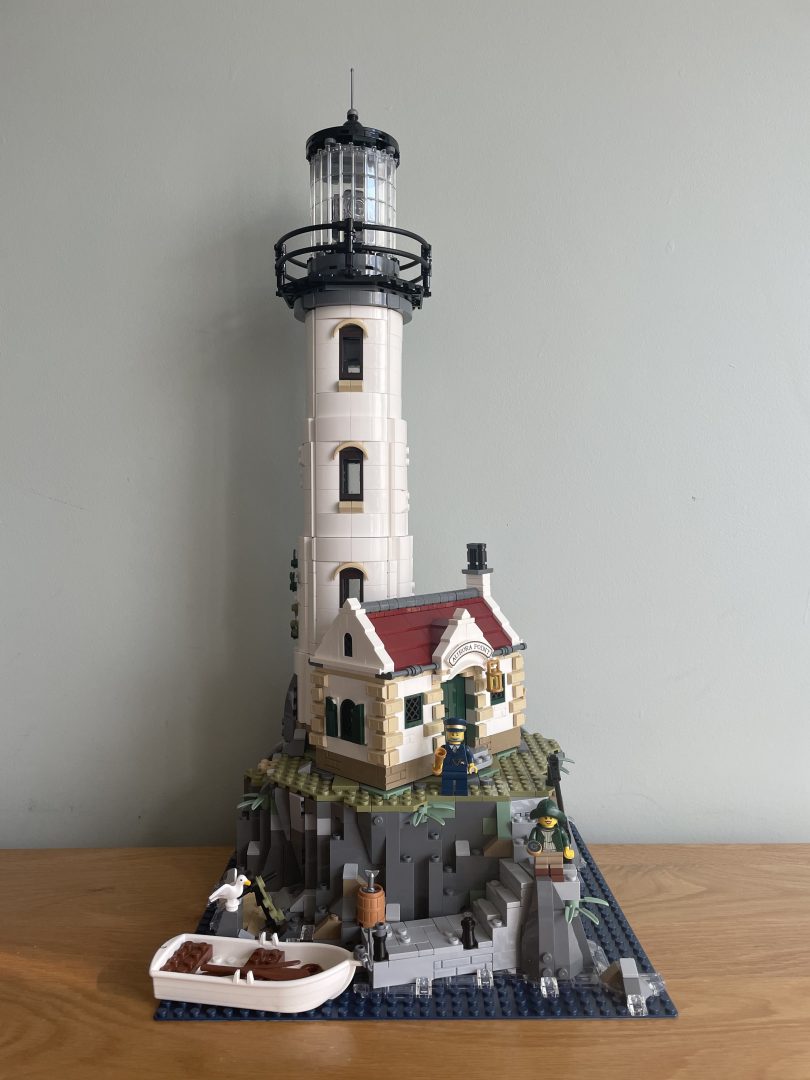 The original design wasn’t to microfig scale, so no minifigures were included. Thankfully the designers have changed it to minigigure scale and have included two excellent minifigures included.  No lighthouse set would be complete without a keeper so we get one and a sailor to go with the rowing boat. Both are exclusive to this set.

We also get our first seagull for a while that can be perched on one of the rocks., it’s just a shame we don’t get more so we cant say “Mine, Mine, Mine”. 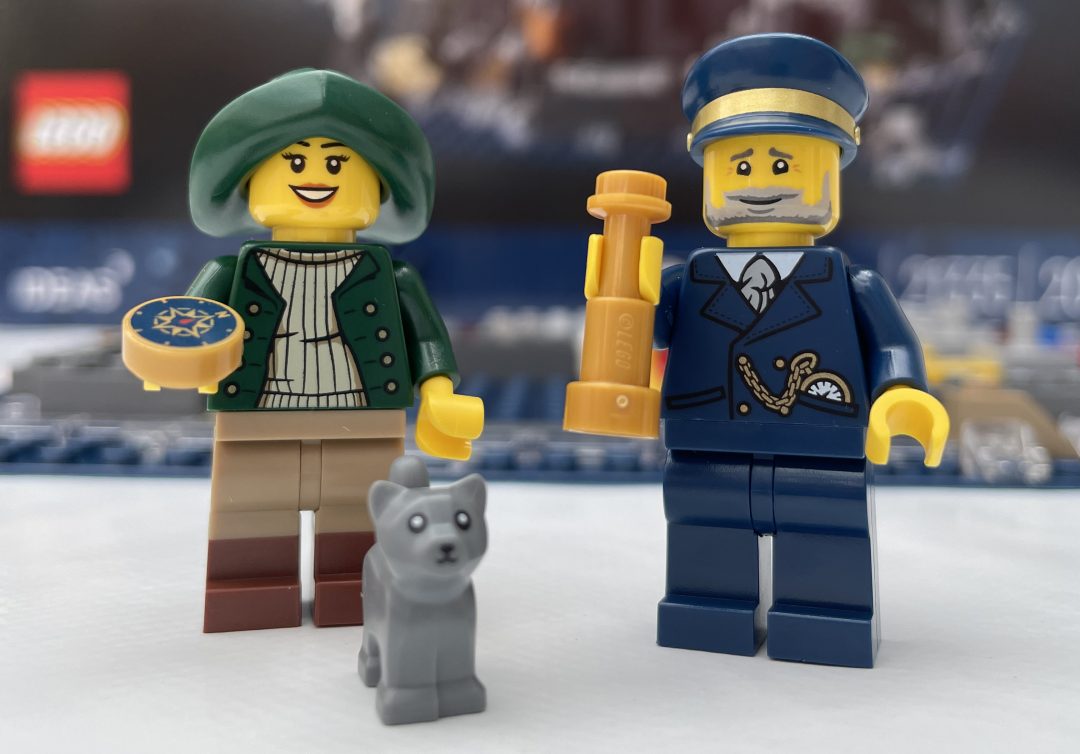 Overall this is a great set but people will be put off by the high cost of the set. If you look at the other ideas sets on the market for the same price you can get the Home Alone house and nearly double the number of pieces.

However, the set does feel unique as it’s unlikely we’ll ever get a better light house set, the motorised functions do look awesome and it does have that wow factor when on display. 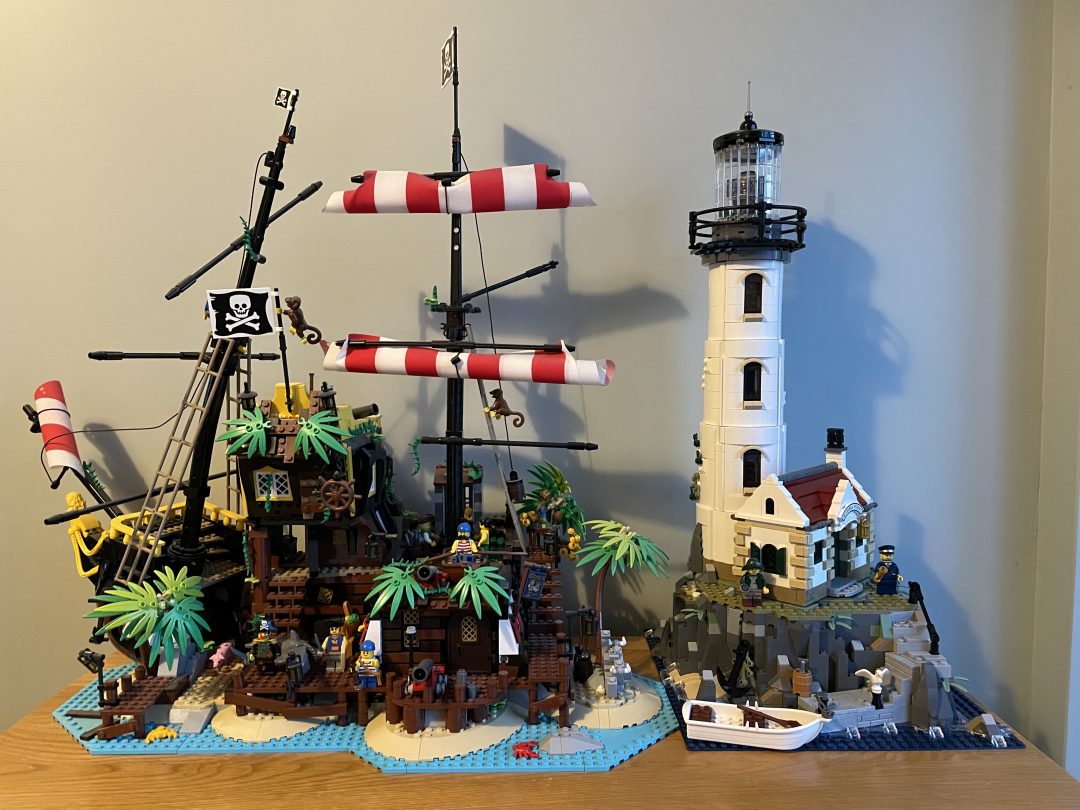 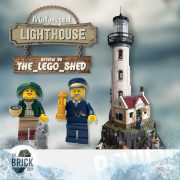 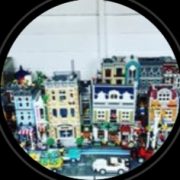 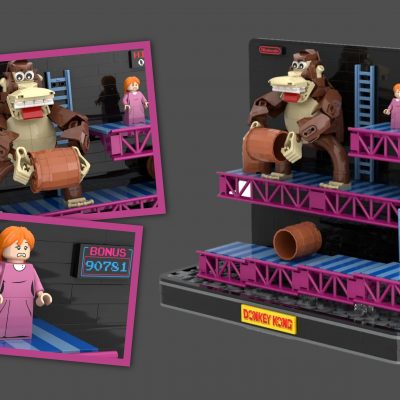 LEGO Ideas Feature: Donkey Kong by If You Build It 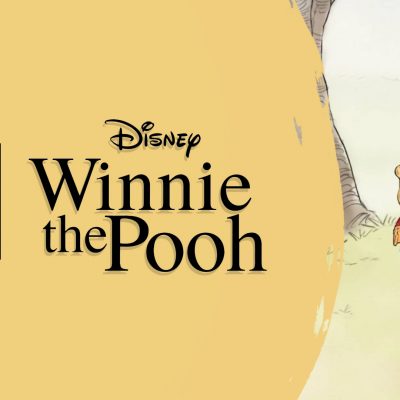