LEGO is known for its generous gifts with purchase, this month’s freebie is one of the better sets they have given away recently!

A Hot Rod, to be exact, worthy of sitting in anyone’s collection and it’s a great build too. 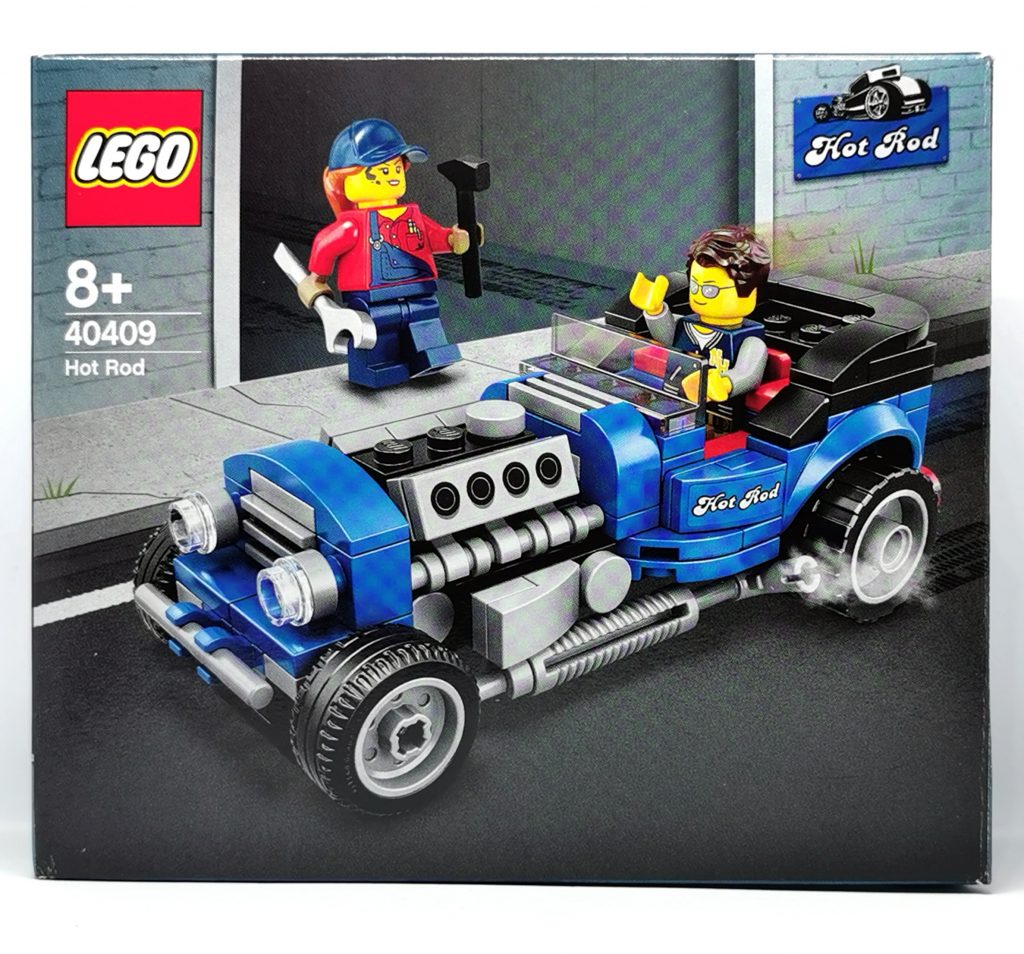 Getting straight into the review I’ll start with the box art. It shows the Hot Rod car and the two Minifigures, set in front of a fictional Garage background (not included). 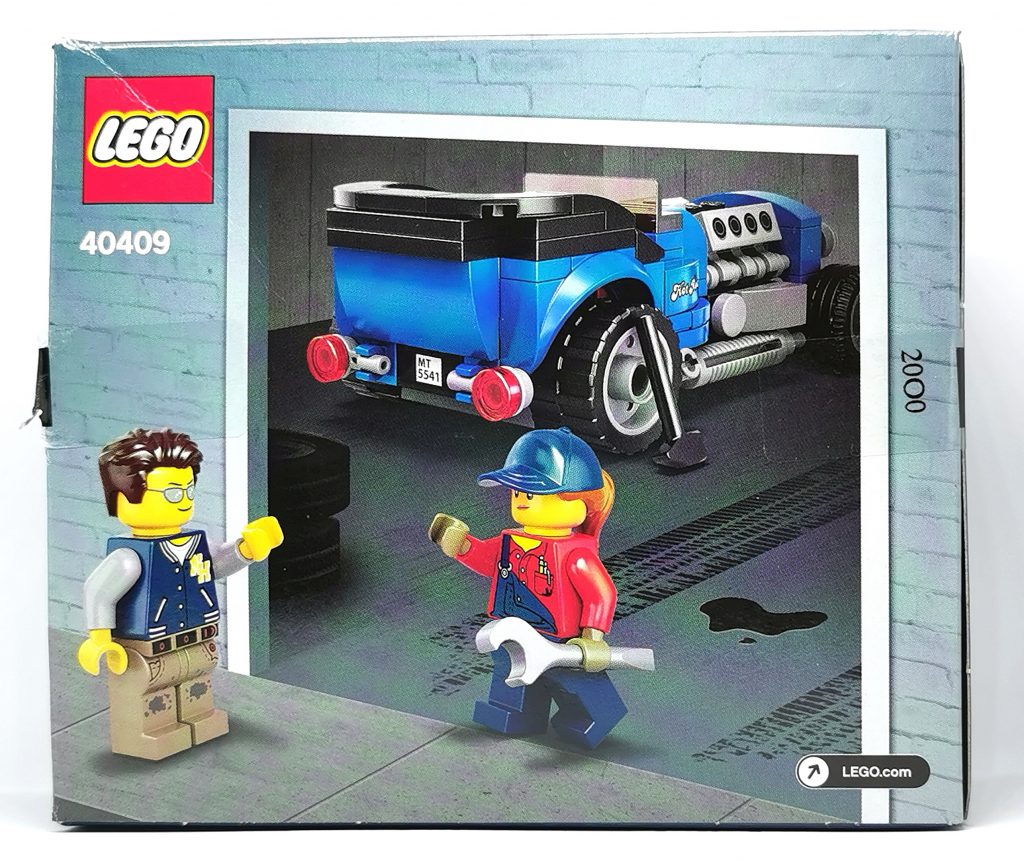 The back depicts the Female Mechanic greeting the Jock when he comes to collect this vehicle.

I really take notice of the surrounding art work on LEGO boxes, it’s gives you an idea of a MOC to make for that particular set. I will definitely try to create working Garage setting for the Mechanic!

The Hot Rod is great, has some very nice details and features to it. I particularly like the folded-down canopy, making it a convertible. 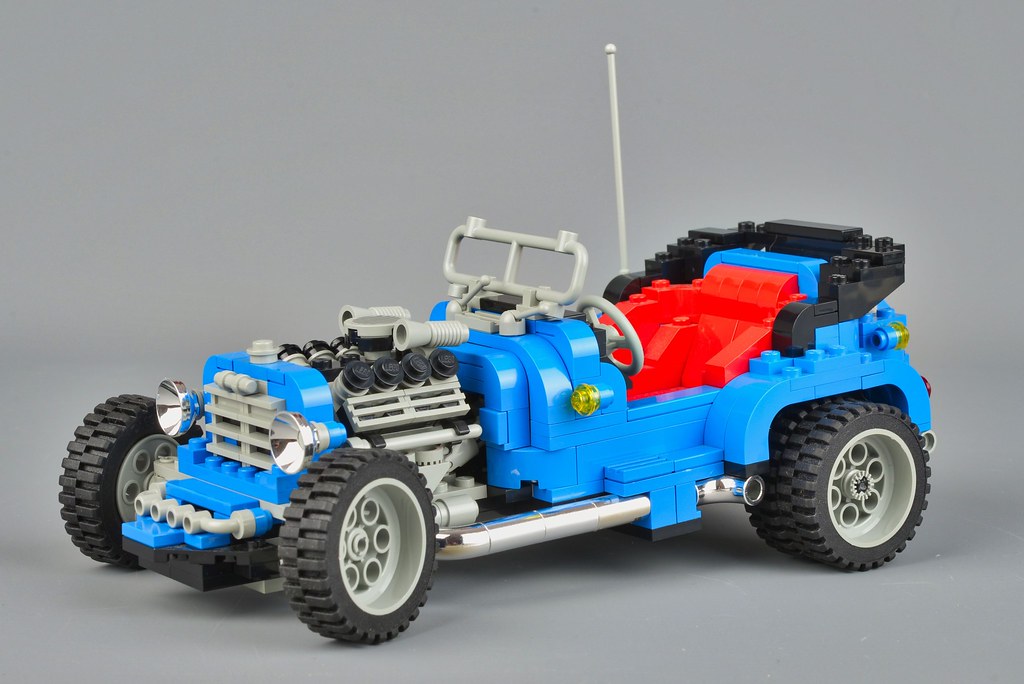 Being roughly based off of an earlier set from 1995, Blue Fury (5541), it does take some elements from it, one being the canopy I mention just now. 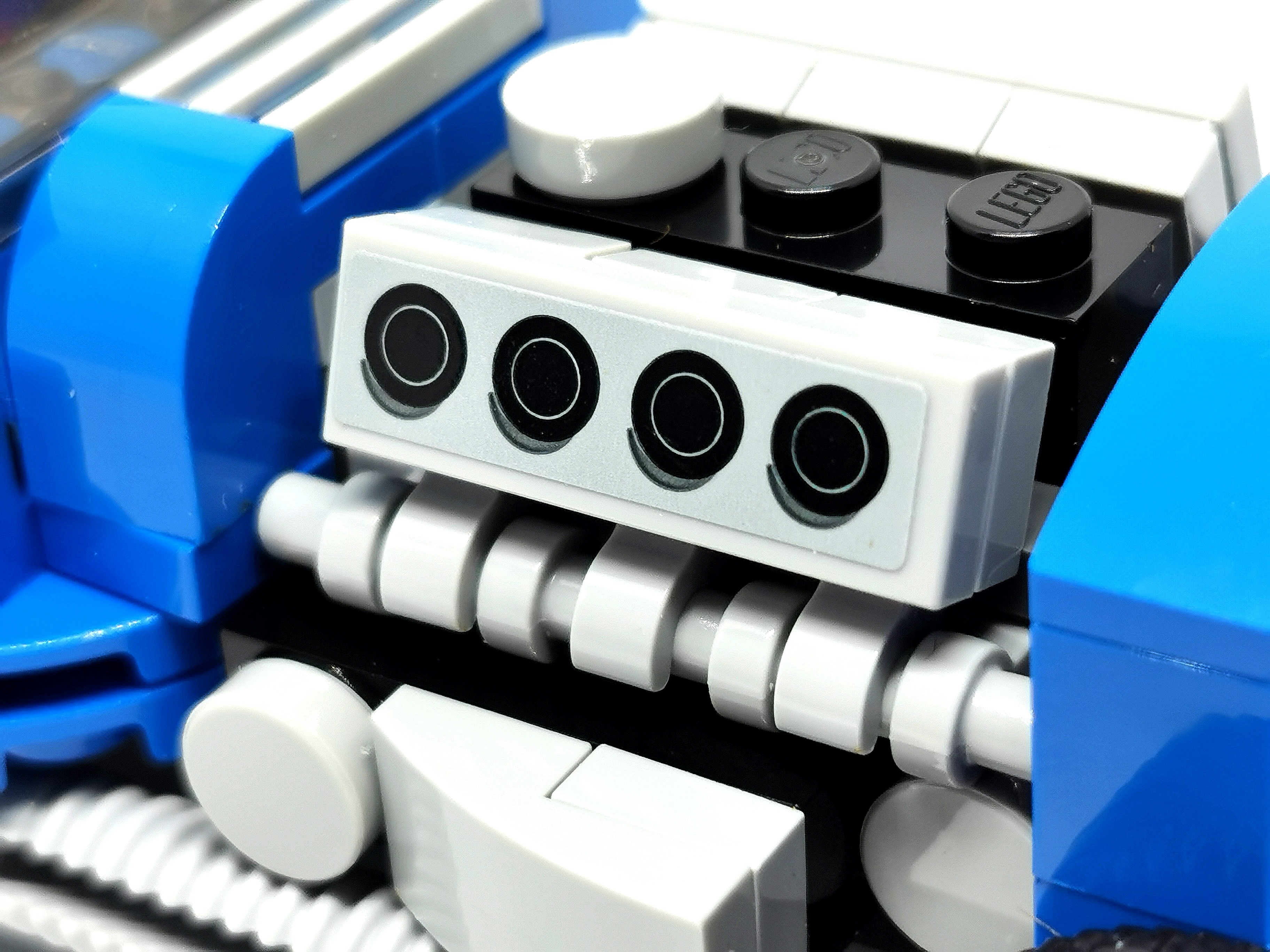 Exposing the engine is a really nice touch, showing off the pistons and the inner workings. Sadly the pistons are stickers and not printed, but being a small gift with purchase set I totally understand. 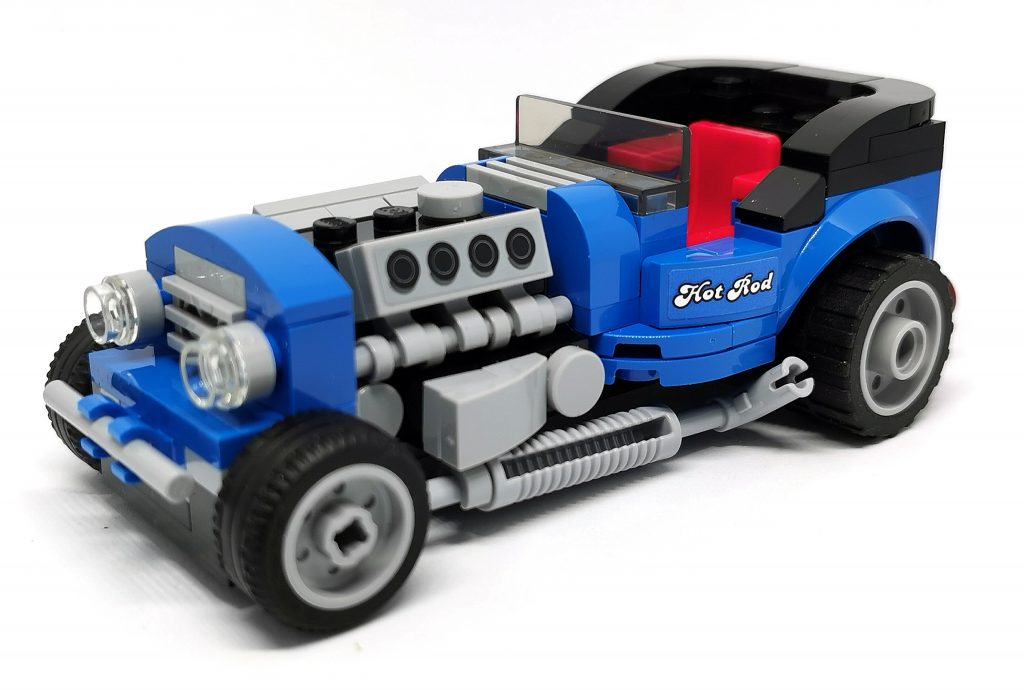 In fact there are no printed tiles at all in this set. The Hot Rod graffiti on each side are stickers as well as the licence plate. 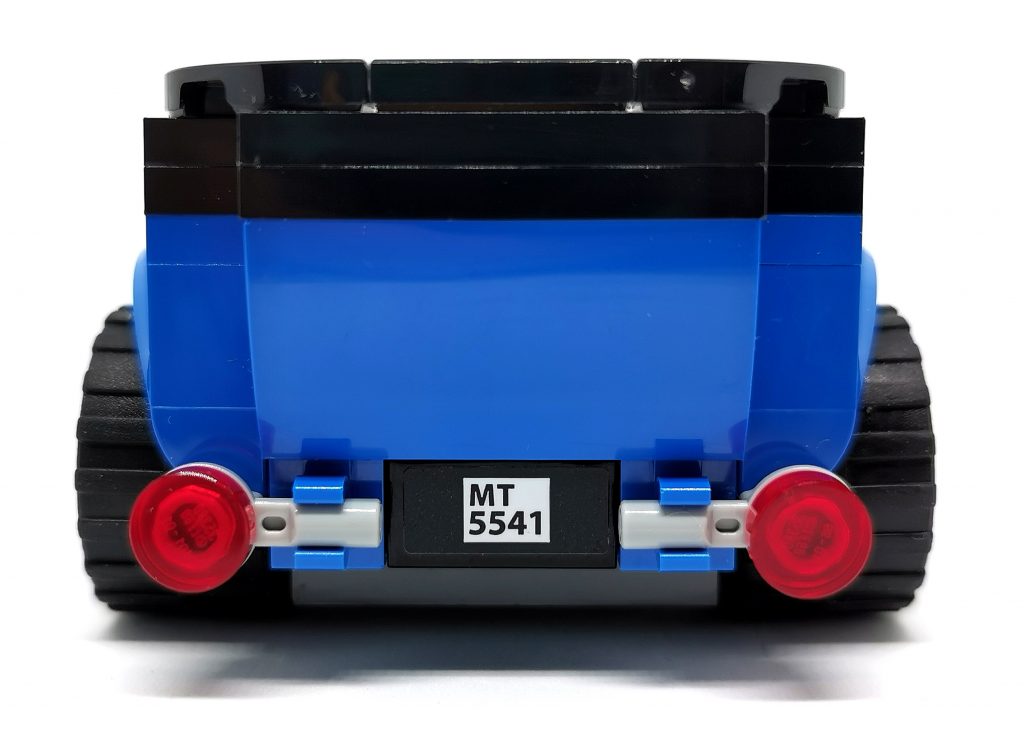 The interior of the car is the only disappointing part of the whole build. With the lack of a dashboard it really let’s it down. Even if LEGO had provided a sticker that would of been sufficient enough. 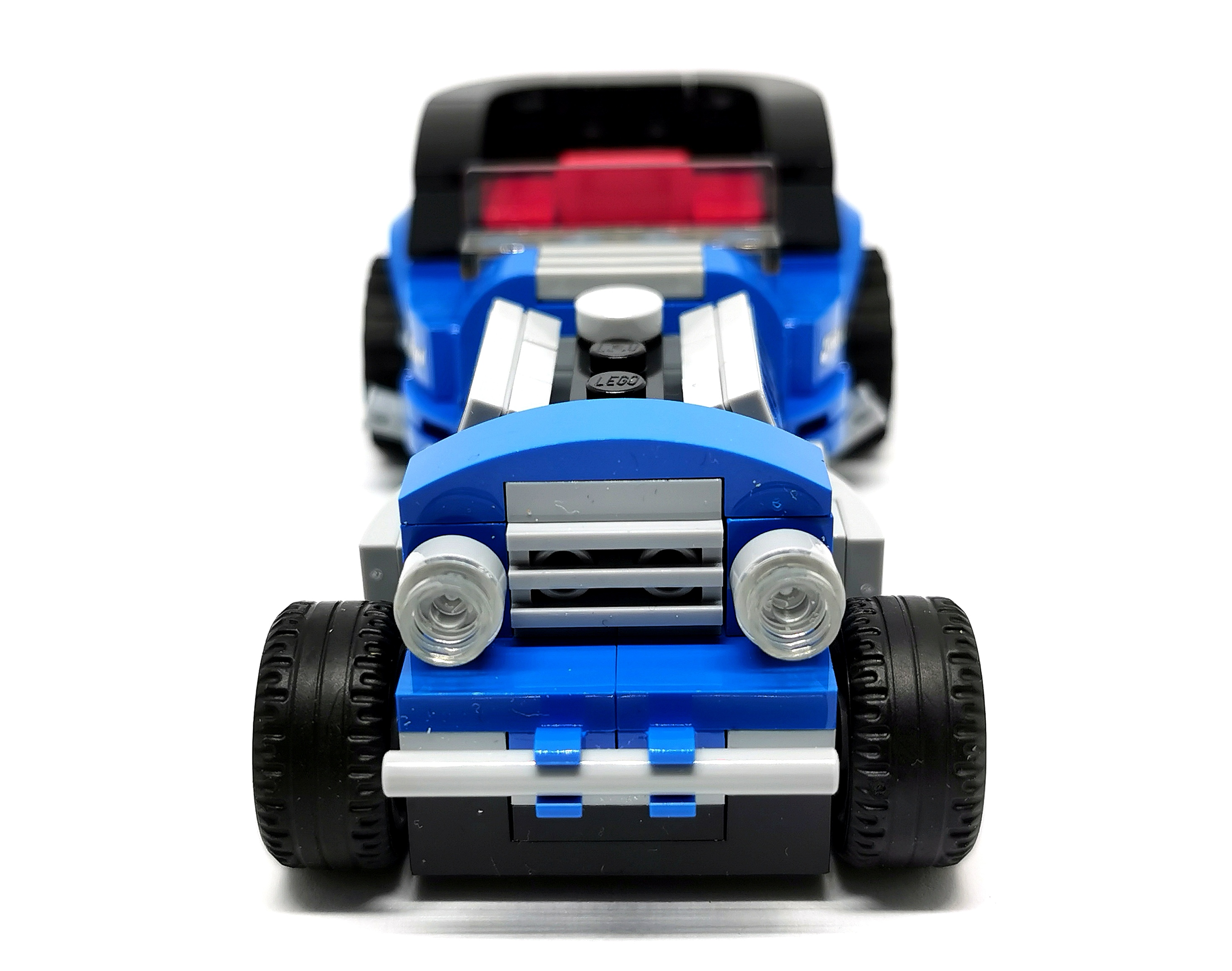 There are two LEGO Minifigures included in this set; A Jock and a Female Mechanic. 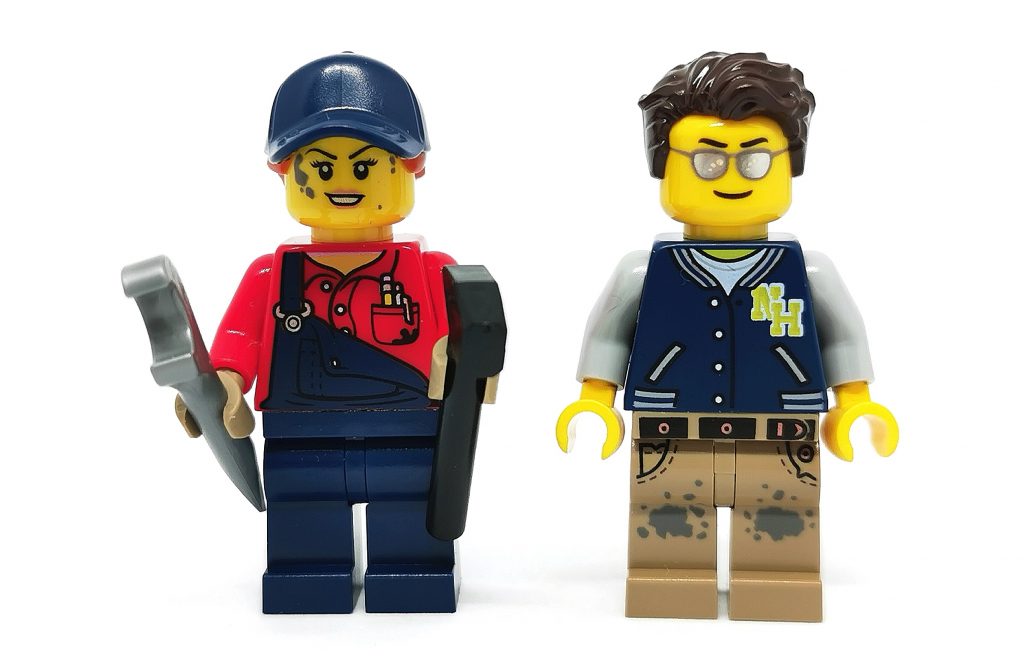 The Jock features a rather trendy College jacket with NH stamped on the left breast. It’s obviously the initials of the College he attends, but could it be within the Hidden Side Universe? Similar to the Jock Minifigure included in the LEGO Haunted House (10273) Set, which had NB on the torso, again this, in-part, stood for Newbury, the Town which resides in Hidden Side!

I really like the detail on his trousers, the belt, pockets, and especially the oil stains. He’s probably had a go at fixing his car himself but failed miserably. 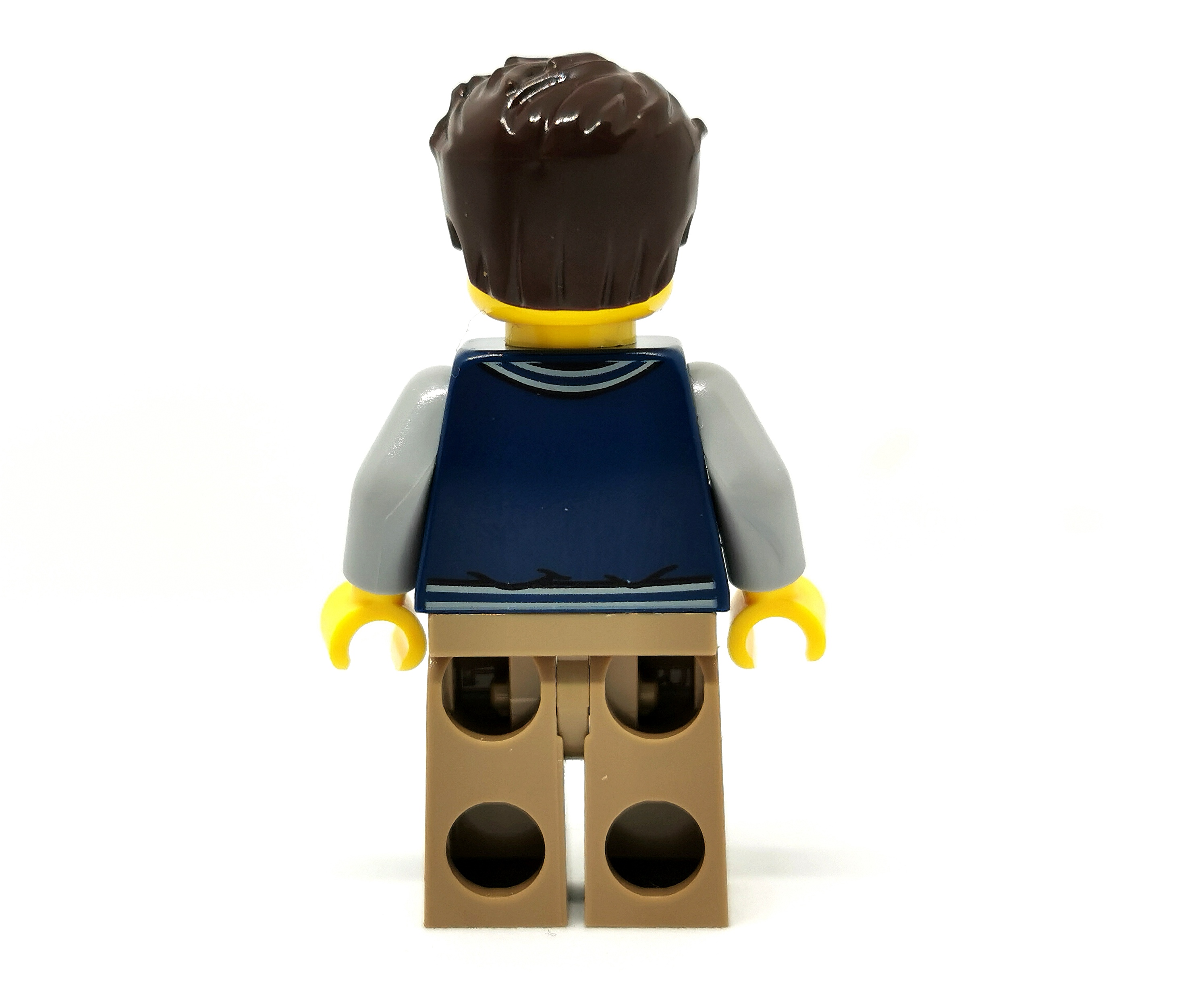 The Mechanic Minifigure is the better of the two in my opinion. Having an alternate face is almost a given these days and it is welcomed here.

On one side you have her face covered in oil, the other she has a very determined expression. 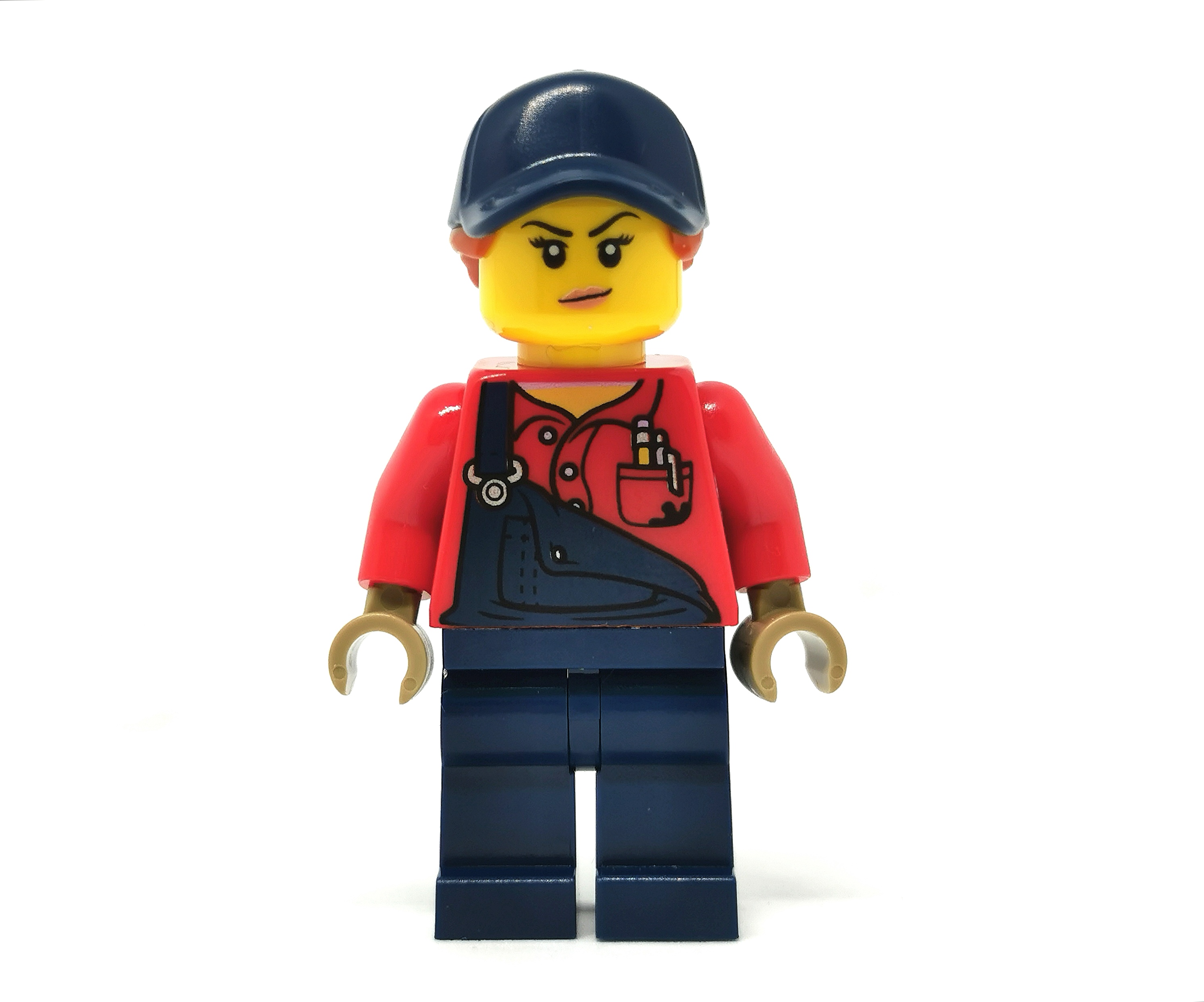 Alternate face and back print

We’ve seen the hat and hair combo before but it’s a very nice piece to have. Dark blue baseball cap with blonde/red ponytail.

The torso, although not a new print, is a nice addition. It can be found in a few other sets so it isn’t an exclusive part for this particular set sadly. It features an unbuttoned dungaree top, a pocket stuffed with pencils & pens, and a red polo shirt. 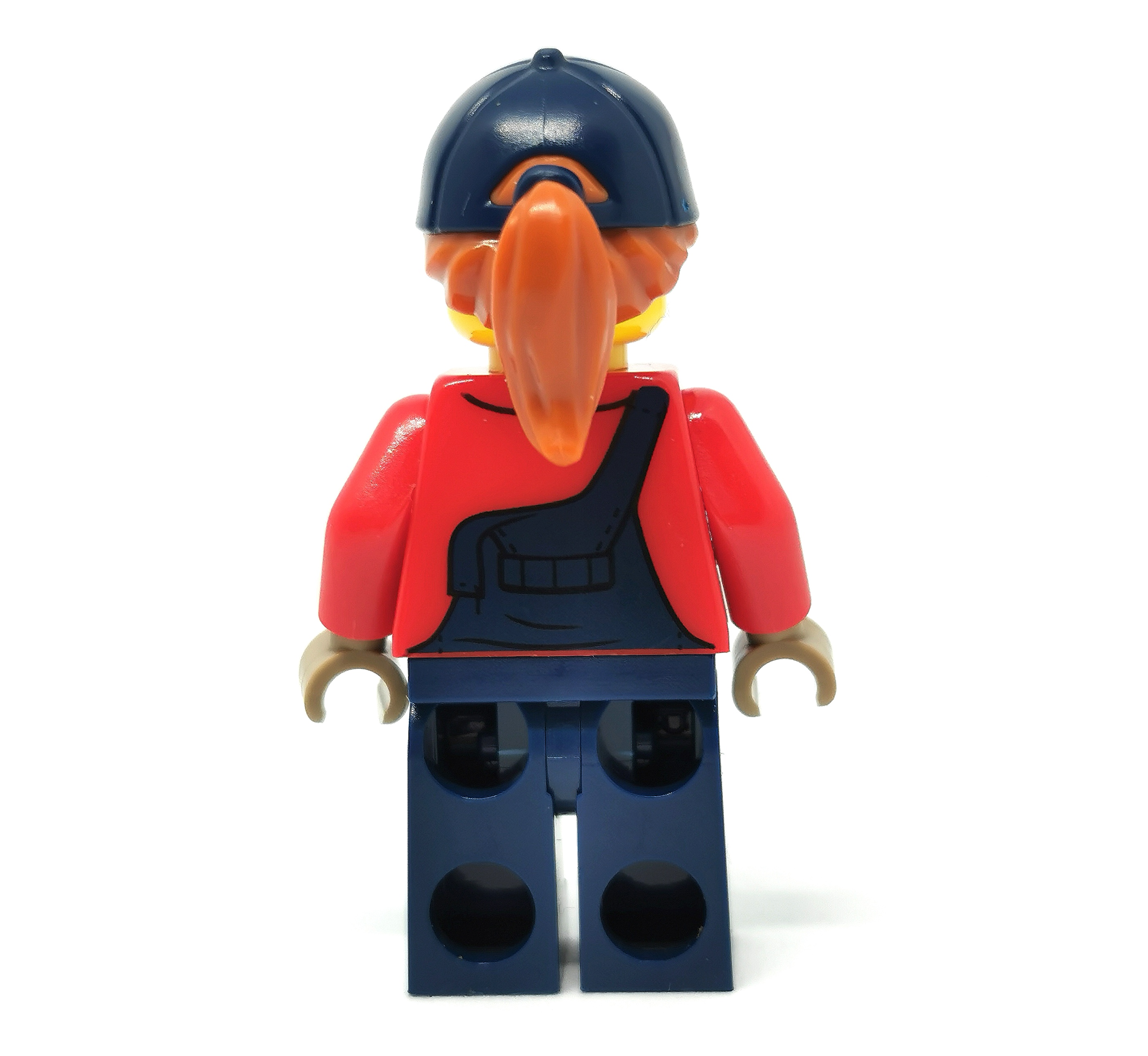 Overall a well thought out set. Small but with just enough detail to pull it off.

The Hot Rod is done well and suits the Jock nicely. Printed tiles would of made this set ever better. The exposed engine is a great idea and again works very well.

The two Minifigures are a great addition and the printing on them is crisp and exciting. The stand out parts are the Female Mechanics torso and olive coloured hands. The Jocks torso is also worth mentioning.

Great little build and I recommend it to everyone to grab while it’s still available. The minimum spend to acquire this Hot Rod is £85 and the promotion ends 21st June.

It gets a thumbs up from me 👍🏻

Head over to our YouTube channel where you can find the video review & speed build of this set! 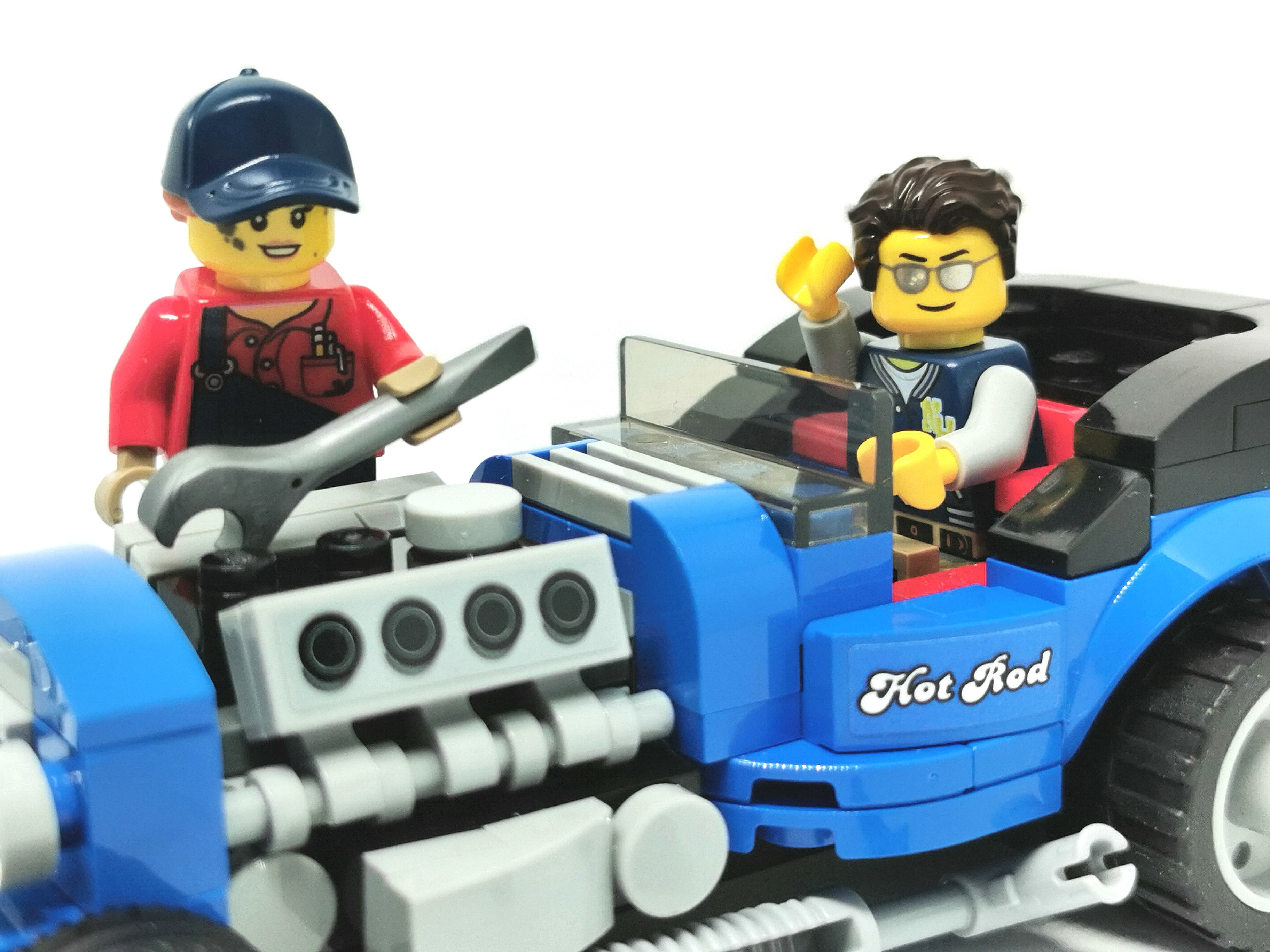 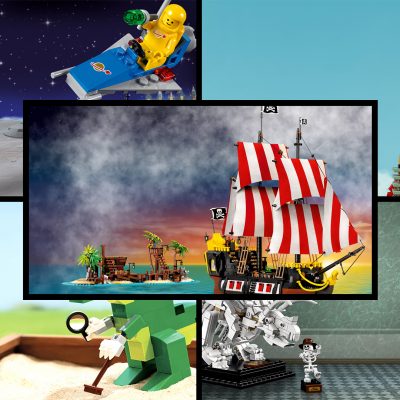