I’m currently on holiday, camping on the South Coast of England, and the weather isn’t fantastic but then that’s the British Summer for you! Having roughly planned our trips we knew that at least one of the days were going to be nice, so we went ahead and booked our slot for Paignton Zoo 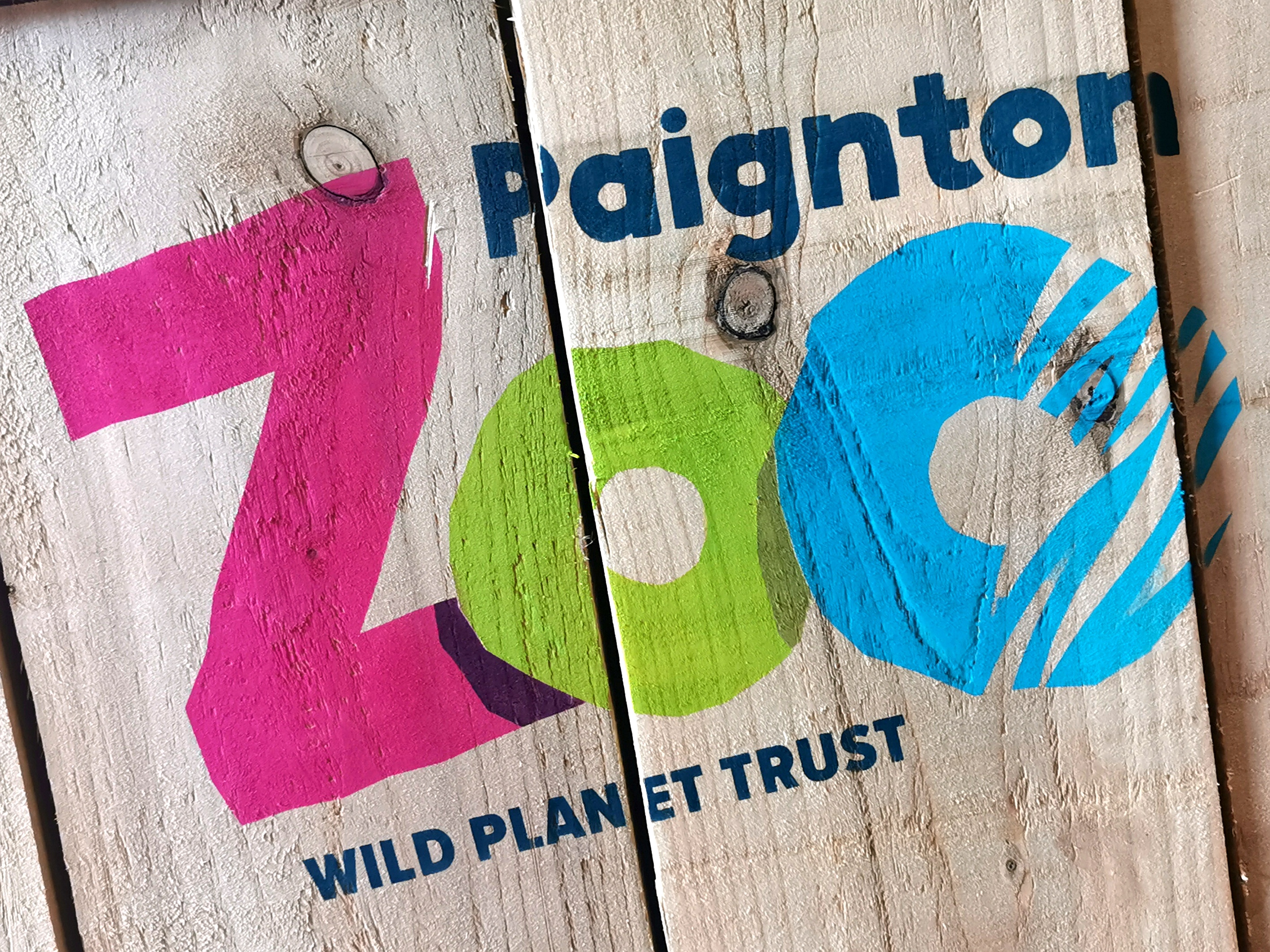 At the time of booking we didn’t know that there was a LEGO surprise in store for us. It wasn’t until we entered the main entrance that we saw the sign for The Great Big Brick Safari! 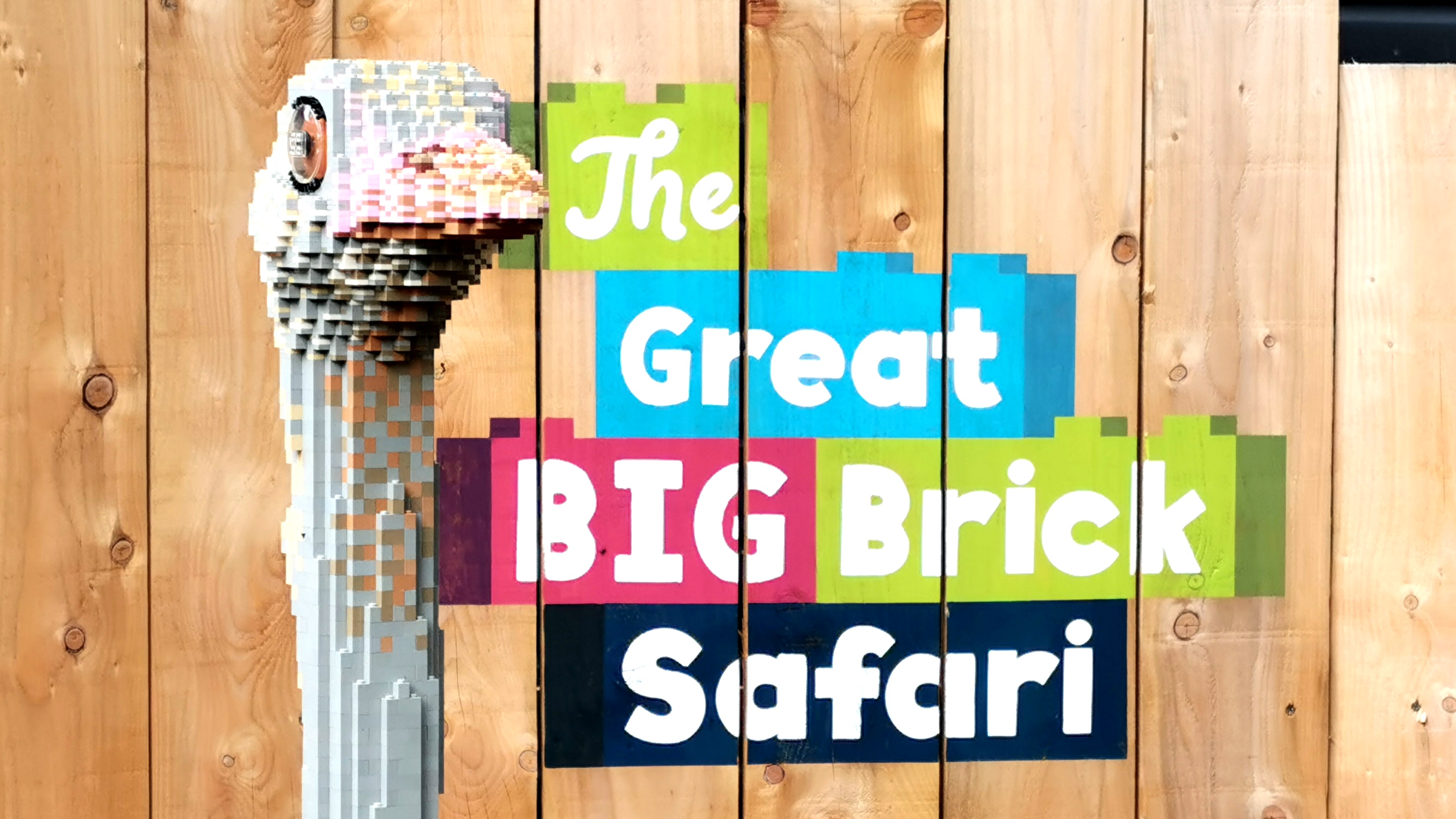 Positioned just outside the entrance doors is the brick-built Lion and her Cubs. 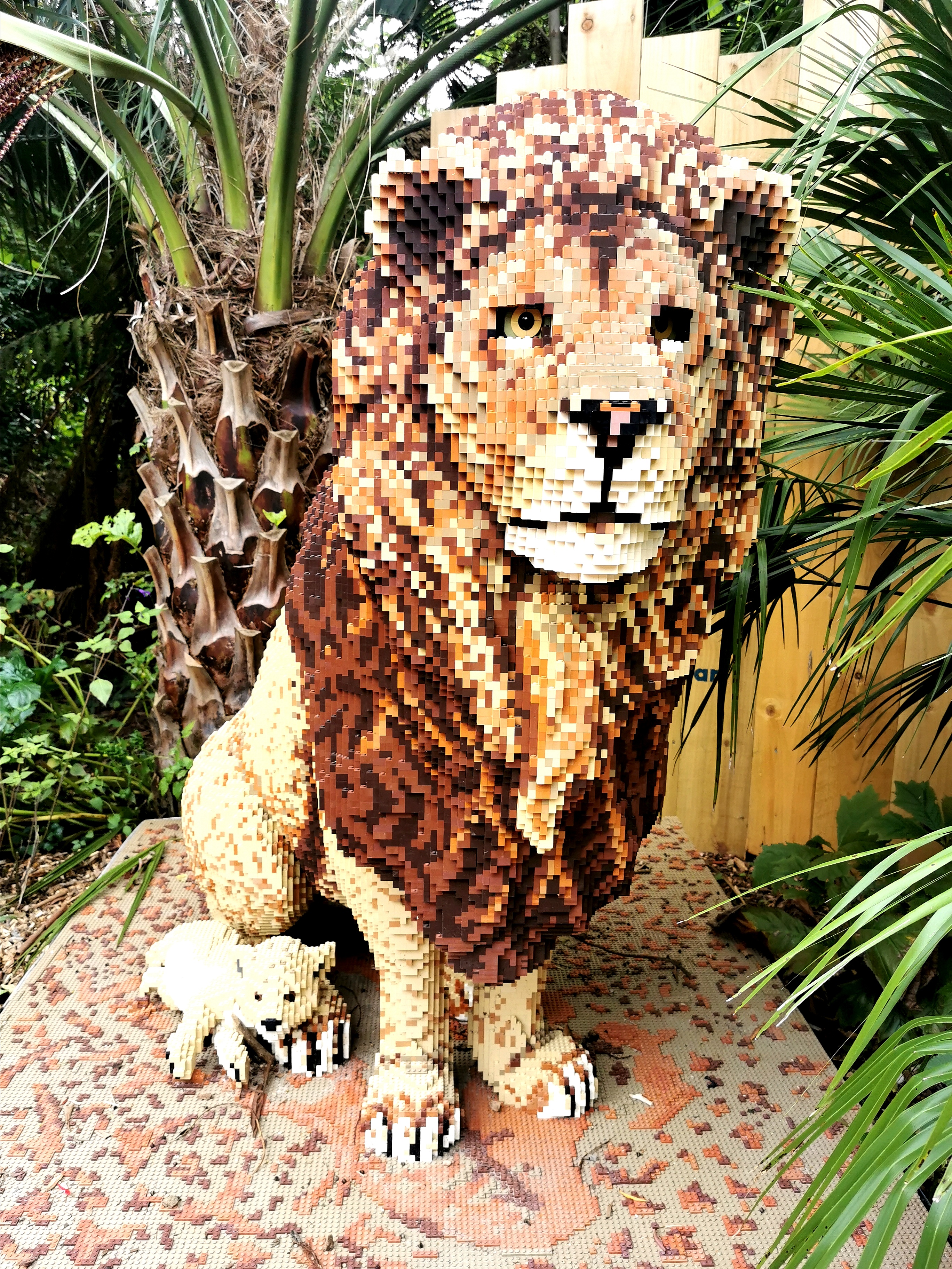 Each display has a corresponding fact panel located off to one side. It lists key facts like hours taken to complete, amount of bricks used and more. 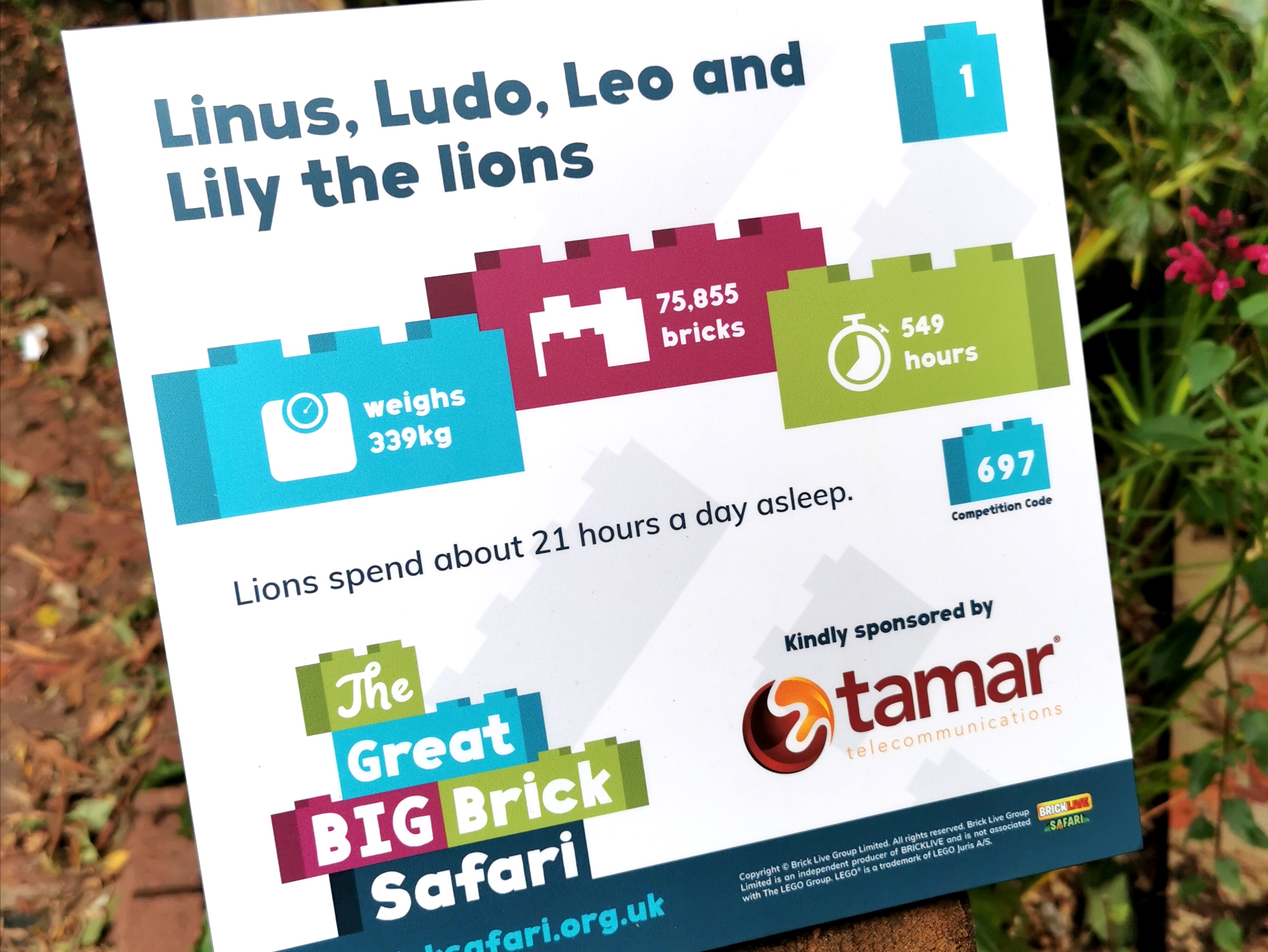 Details about the Lion and her Cubs

Once inside the Zoo the other 22 (23 in total) are situated around the park grounds, some in more obvious places than others. Great for the little ones to run off and find.

Of course the main attractions are the animals that Paignton Zoo has to offer, from Insects to Tigers, Giraffes to Meerkats. It definitely is a great day out for everyone, especially when LEGO is added into the mix!

I remember from a year or two ago that Marwell Zoo (near Winchester) had an attraction similar to this one, in fact they now have a different collection of Bugs & Insects being shown up until 1st November 2020! 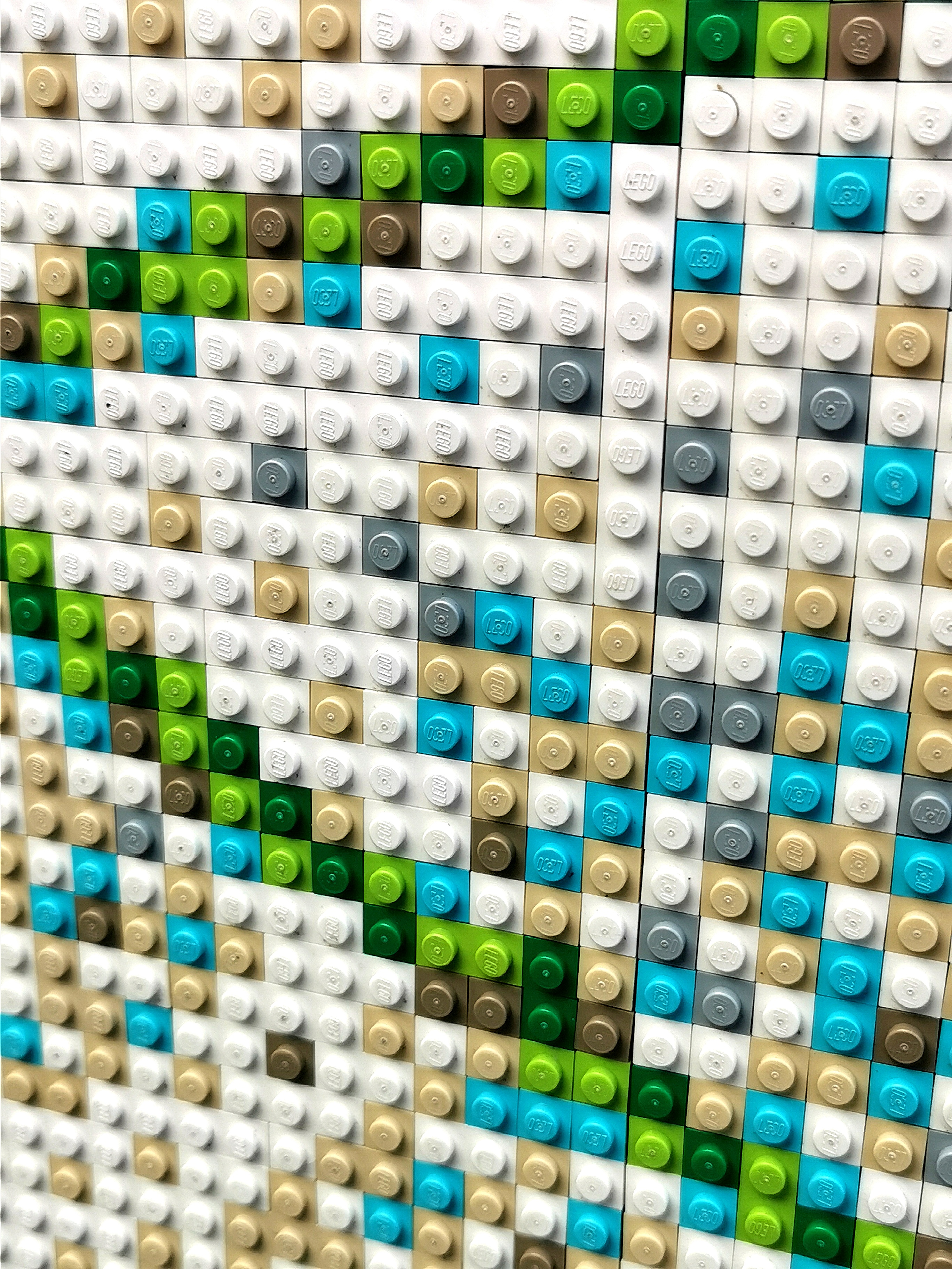 There are two brick-built photo opportunities near one of the cafe areas, one is a car you can sit in and the other is a traditional ‘insert head here’ type setup. My Son enjoyed both and said how cool they are. 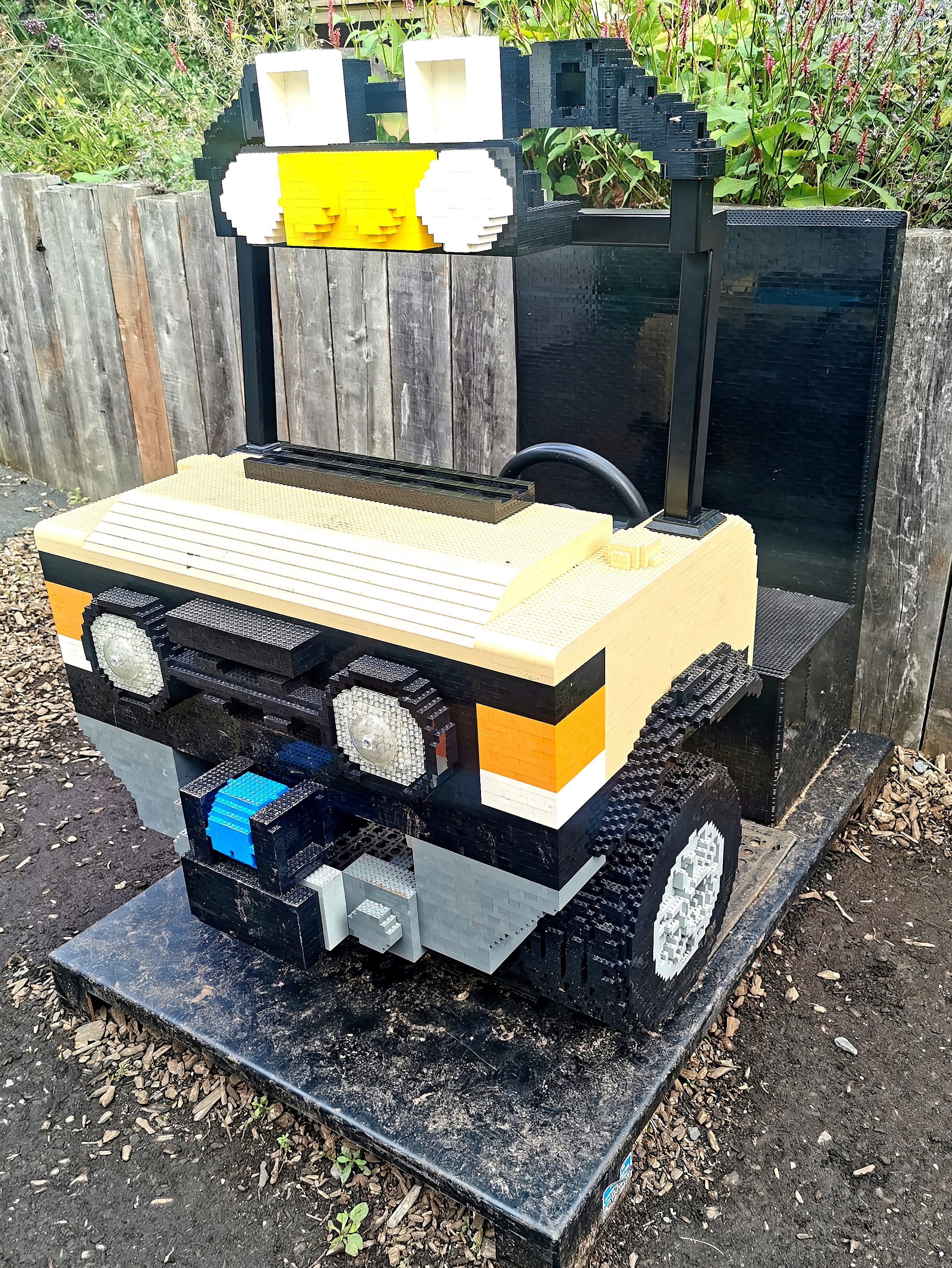 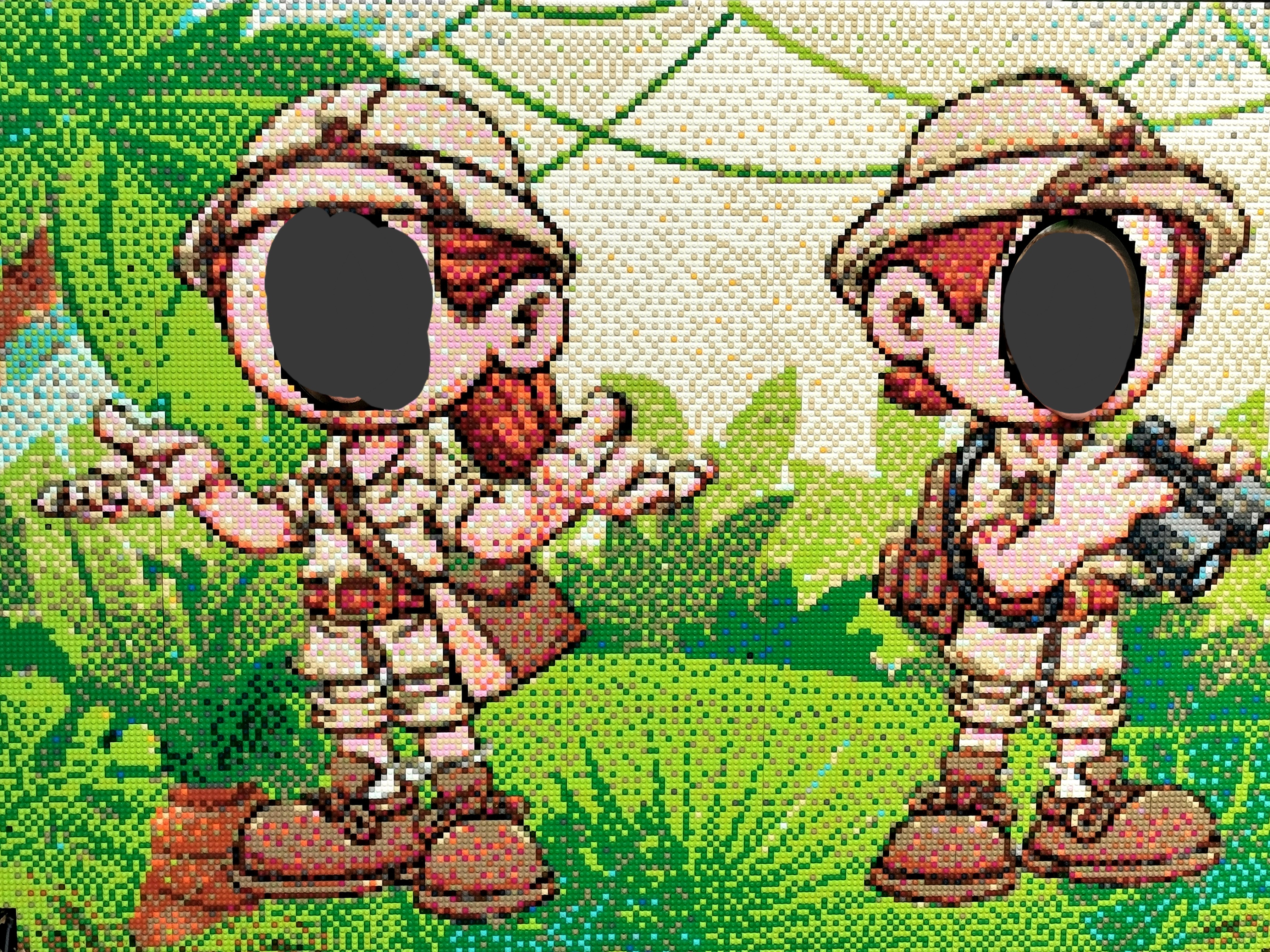 After a spot of lunch we continued our hunt for the other LEGO built animals. Some indoor areas were closed due Covid-19 but the displays were moved to more suitable and safe areas. This meant that those particular brick models were housed in temporary quarters were the backdrops didn’t quite suit. They still look amazing though!

Check out the other brick-built displays in the gallery below. Why not let us know which is your favourite and why?! 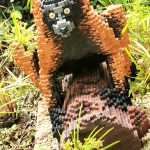 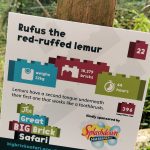 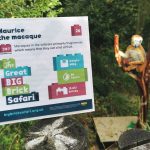 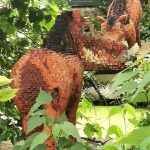 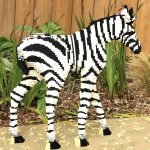 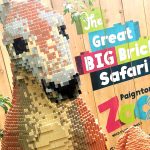 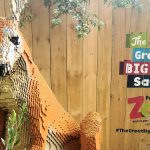 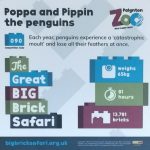 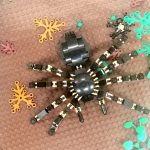 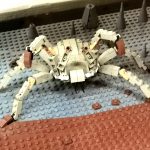 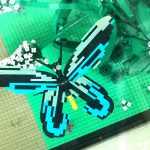 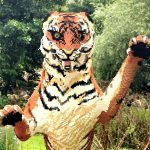 The Great Big Brick Safari is open until 3rd January 2021! Please show your support and book your next trip out here at Paignton Zoo. 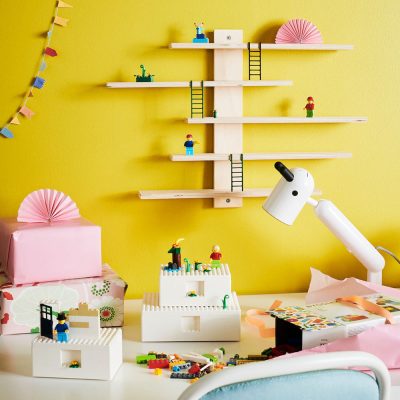 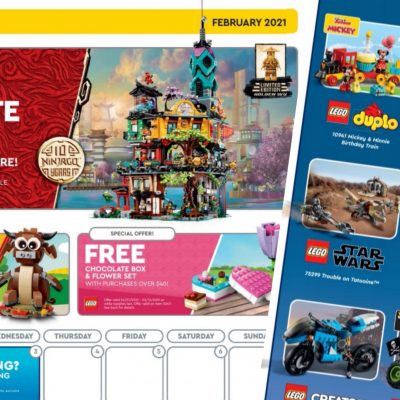