Some of you may know that I’m a big Marvel fan and when it comes to LEGO I am somewhat picky. I held off, for quite some time, adding this next set to my collection, I wish I got it sooner!

There is one bad point though which I’ll get to later on in the review.

But first, let’s get stuck into the review!

The box art, front and back, is really good and shows off the set to its full potential. Even giving you ideas on how to expand it. 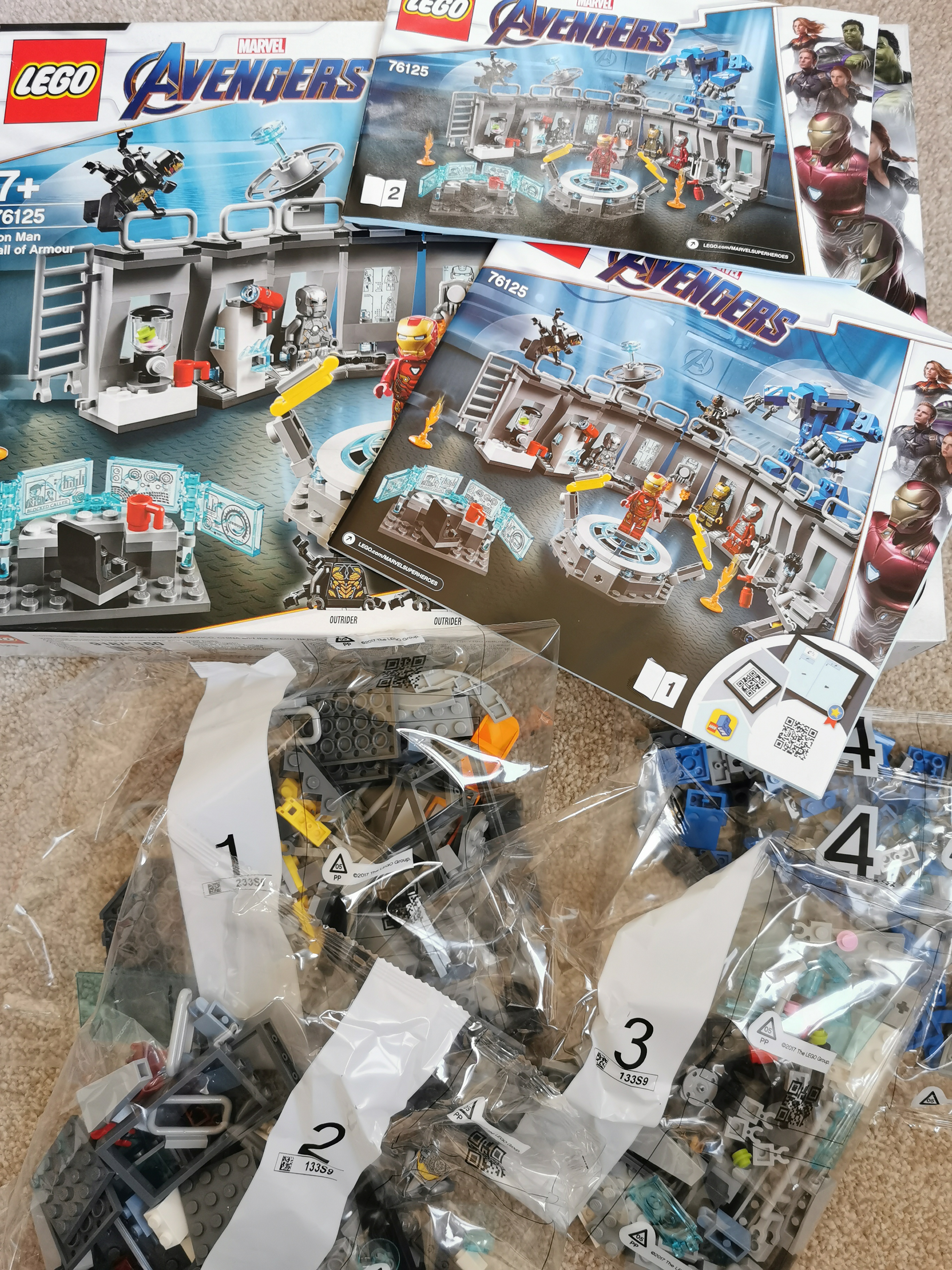 Bags one to three are the main build, the chamber, work desk, and podium.

Bag four is purely the side build, Igor.

The Chambers themselves are all identical in construction, with the odd deviation here and there for the accessory plinths. 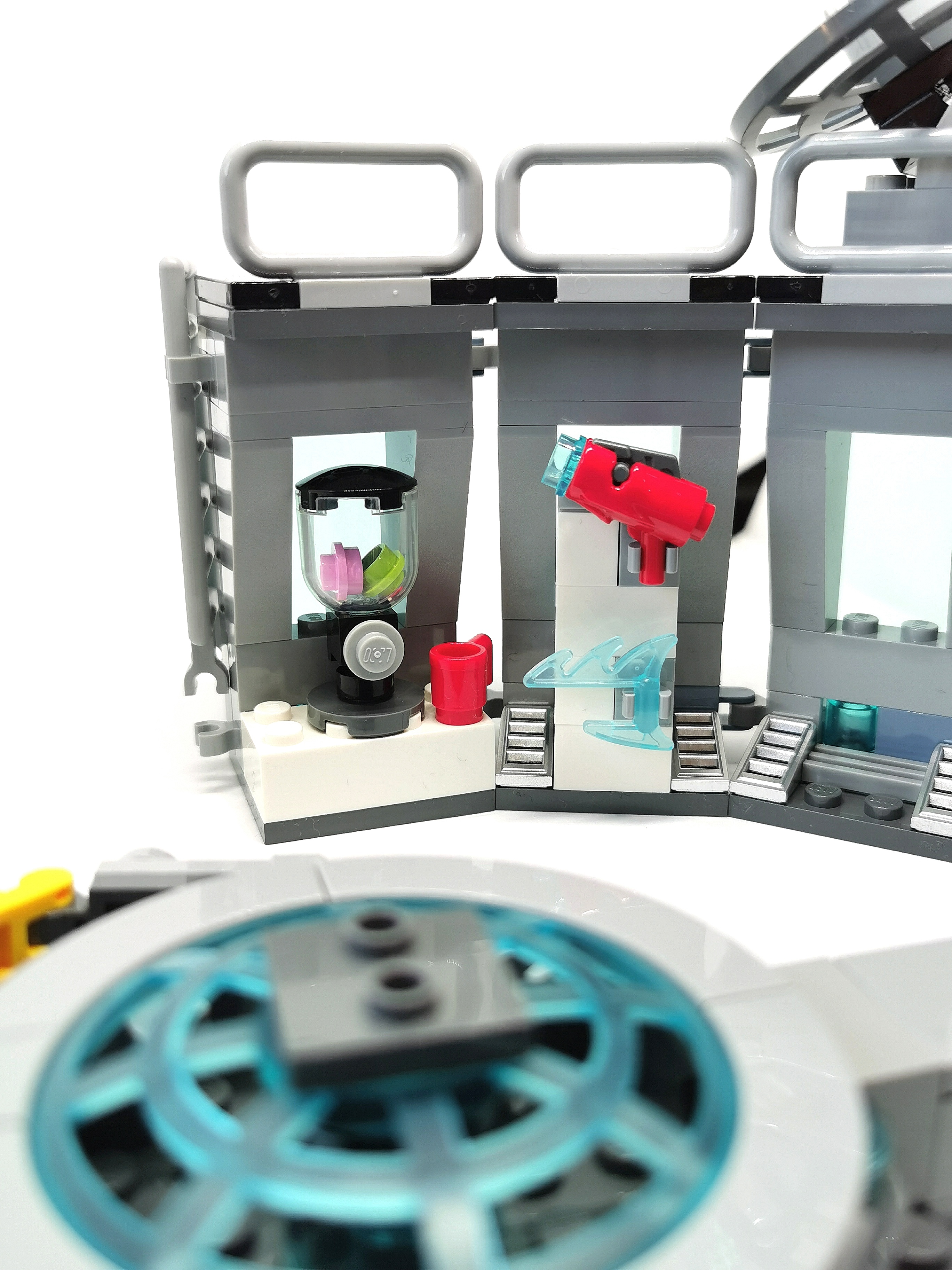 On the left side there is a handy smoothie maker for cool refreshing drinks and a weapons rack which holds a red stud shooter and a trans blue saw piece. 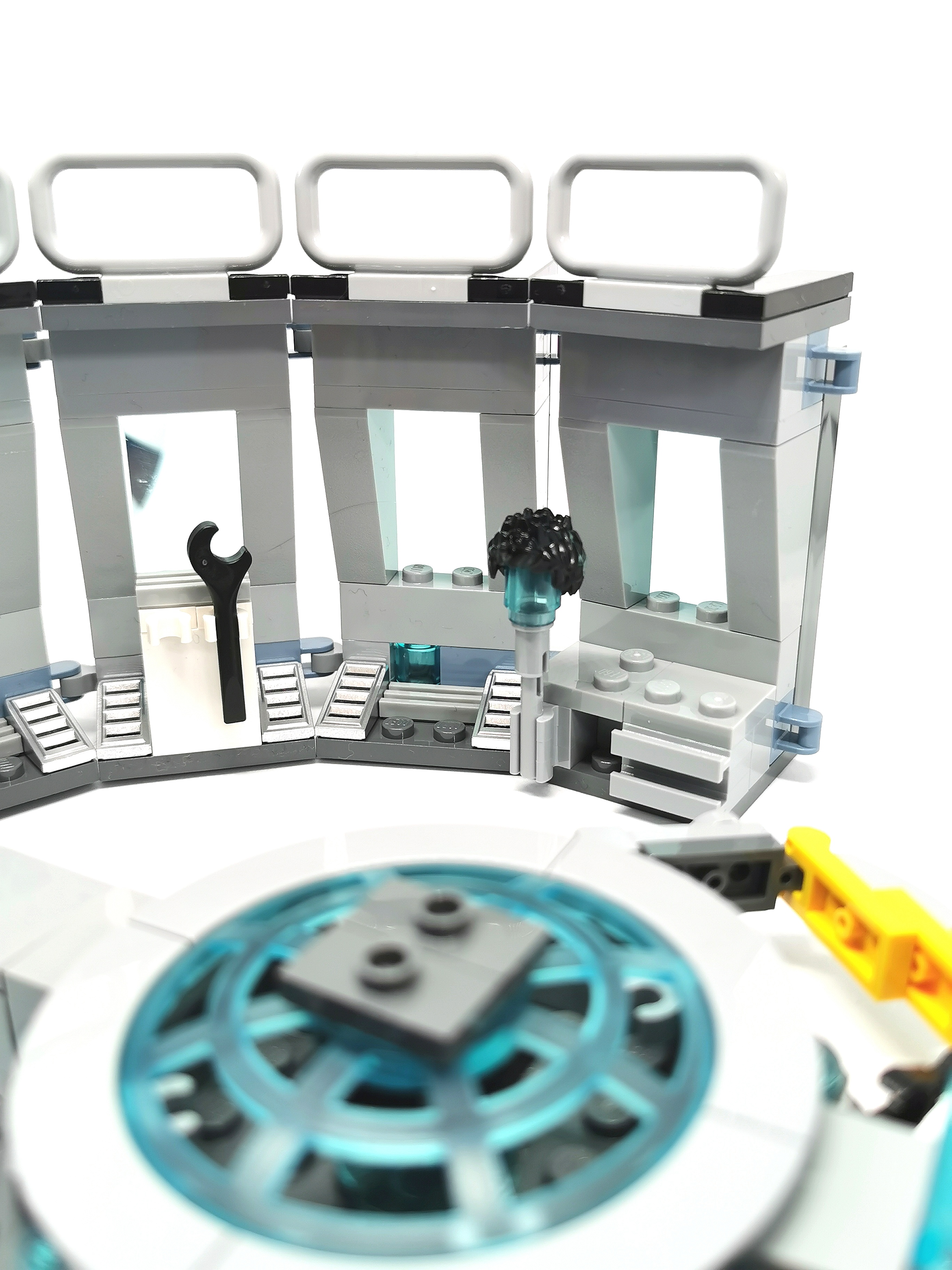 On the right you’ll find a small tool rack holding one spanner and a workbench with a plinth to hold a spare helmet, or Tony Stark’s hair piece. 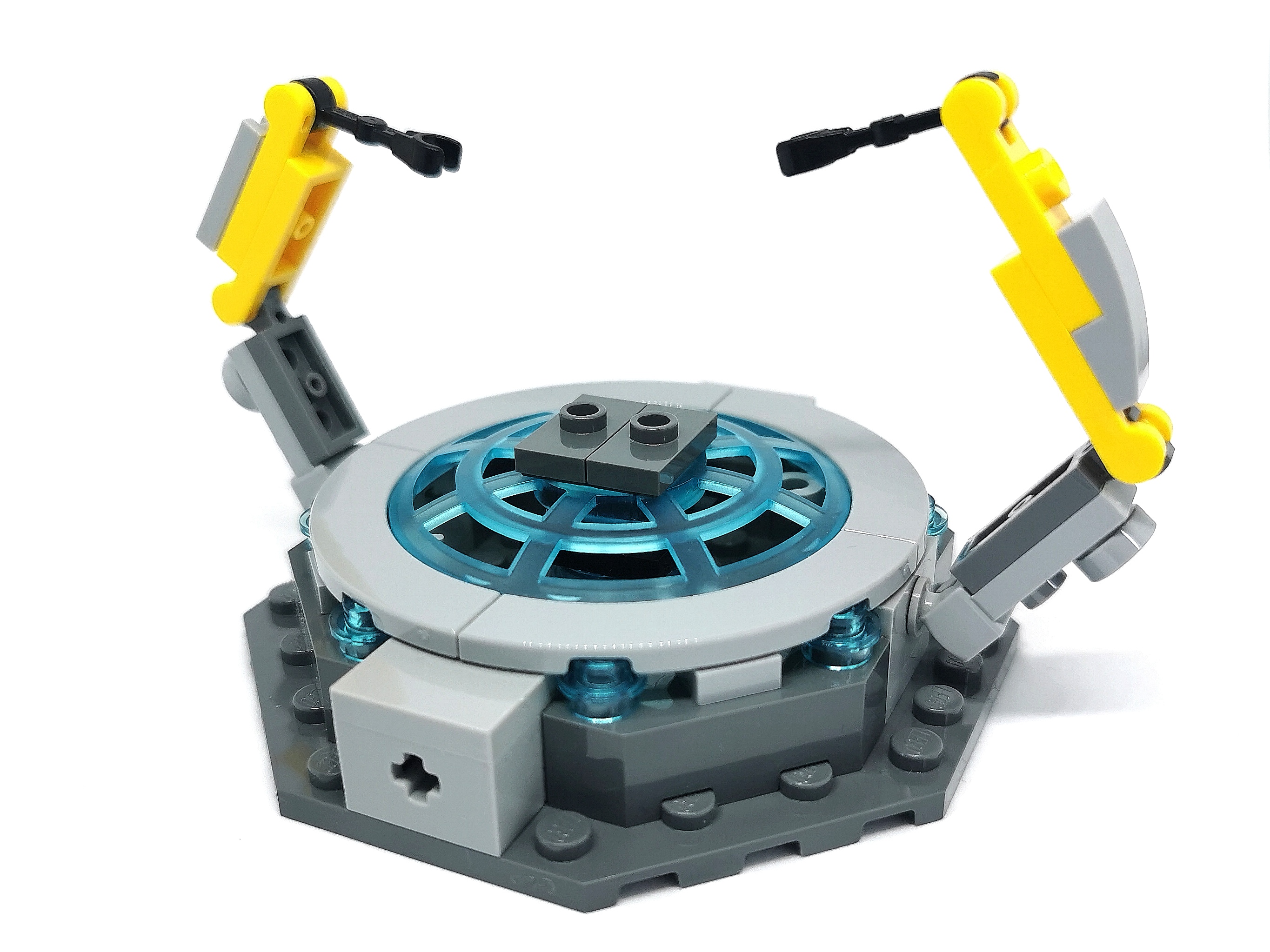 The coolest part on the build, and the bit I’ll be setting up separately to take photos of with other Minifigures is the podium on which Tony Stark stands where his Iron suit gets assembled on him. This is a really nice feature and quite detailed for its size. The circular edges and domed platform work really well and on top of that it spins!

The two Robotic arms are attached by ball joints and allow for superb movement. 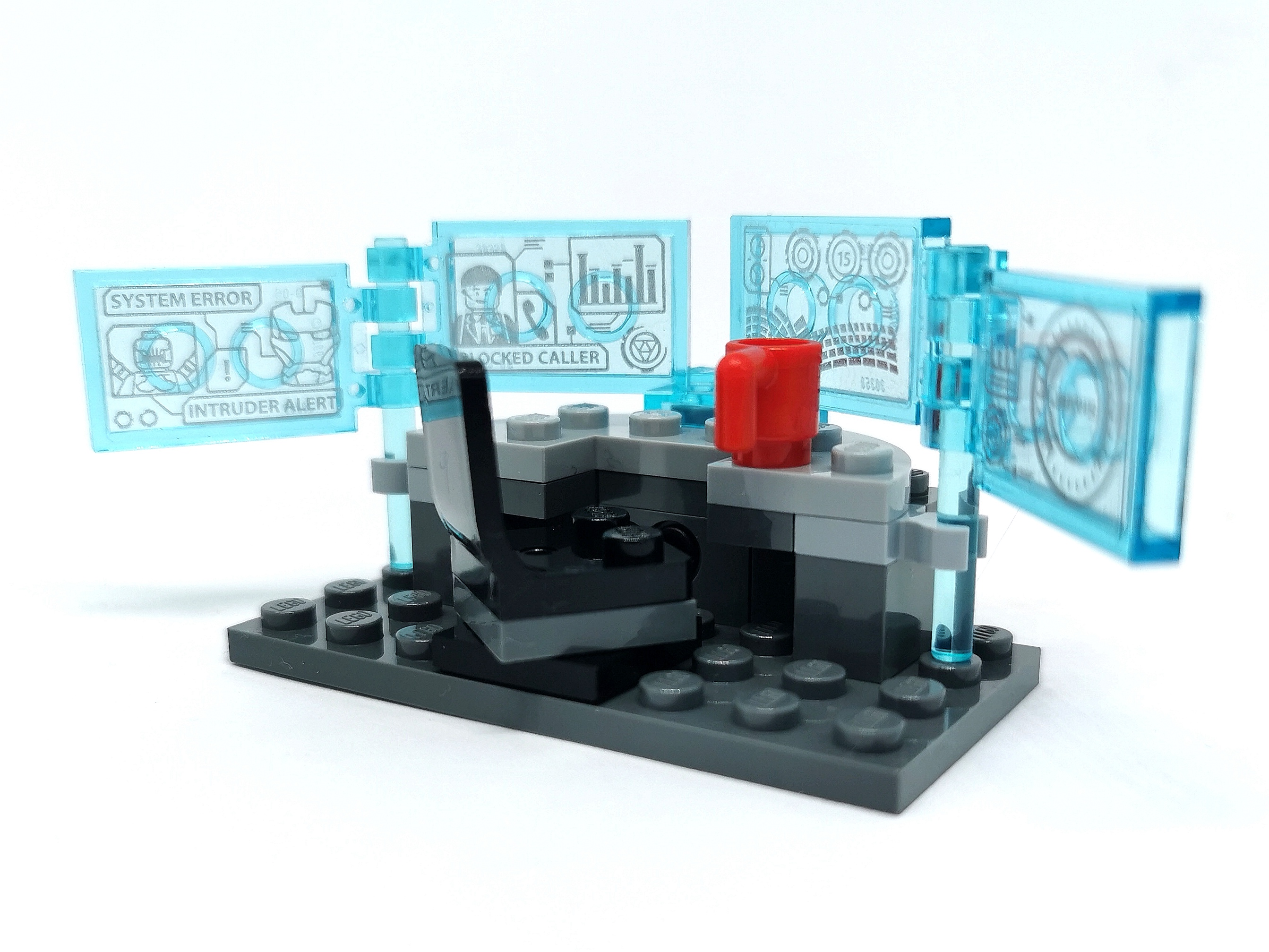 His desk is pretty good too, albeit on the small side. The trans blue panels kind of work well and give the impression of a futuristic display. The stickers are cool and really add to the esthetic but can be quite difficult to see in the wrong light. 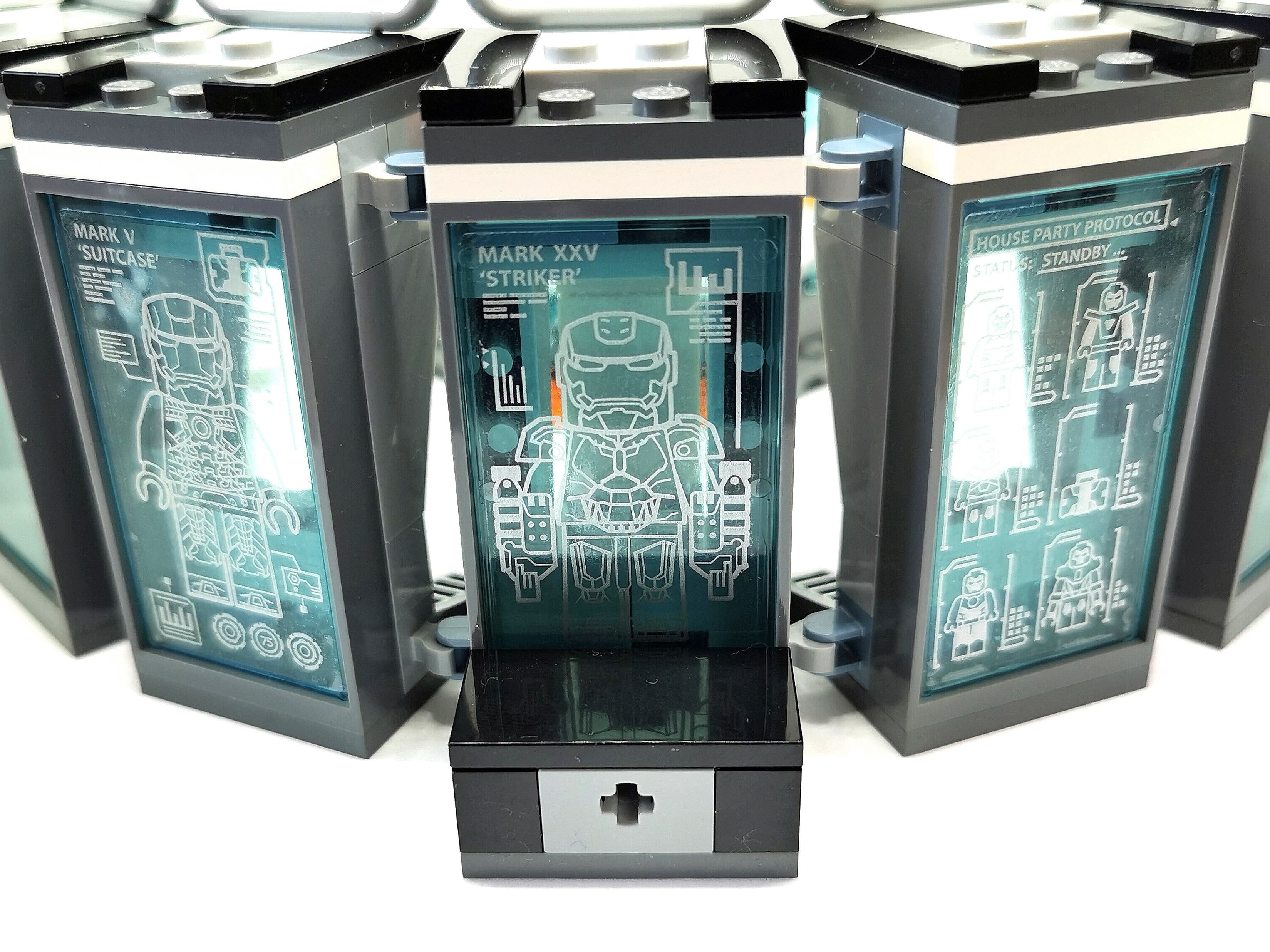 Flip the set around and you see these wonderful stickered panels, again in the right light they look amazing. The attention to detail and subtle nods to Marvel throughout the Years is top notch here. From Mk 5 and it’s ‘suitcase’ to the ‘House Party Protocol’. I love it! 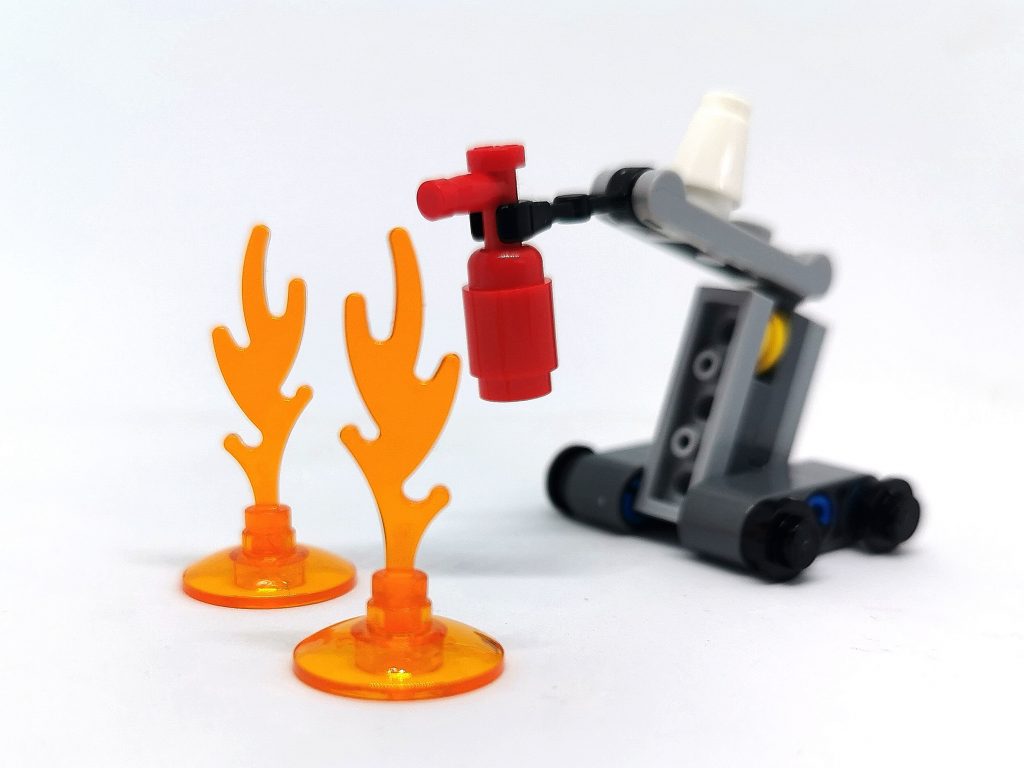 Dum-E makes an appearance, with his dunce cap from Iron Man 3, not forgetting his fire extinguisher of course.

The Chambers in which the Iron Man suits sit are basic in construction but are very effective. They do get a little repetitive, having to build nine in total. My ultimate goal now is to collect every Iron Man Minifigure there is, I think my work is cut out there! 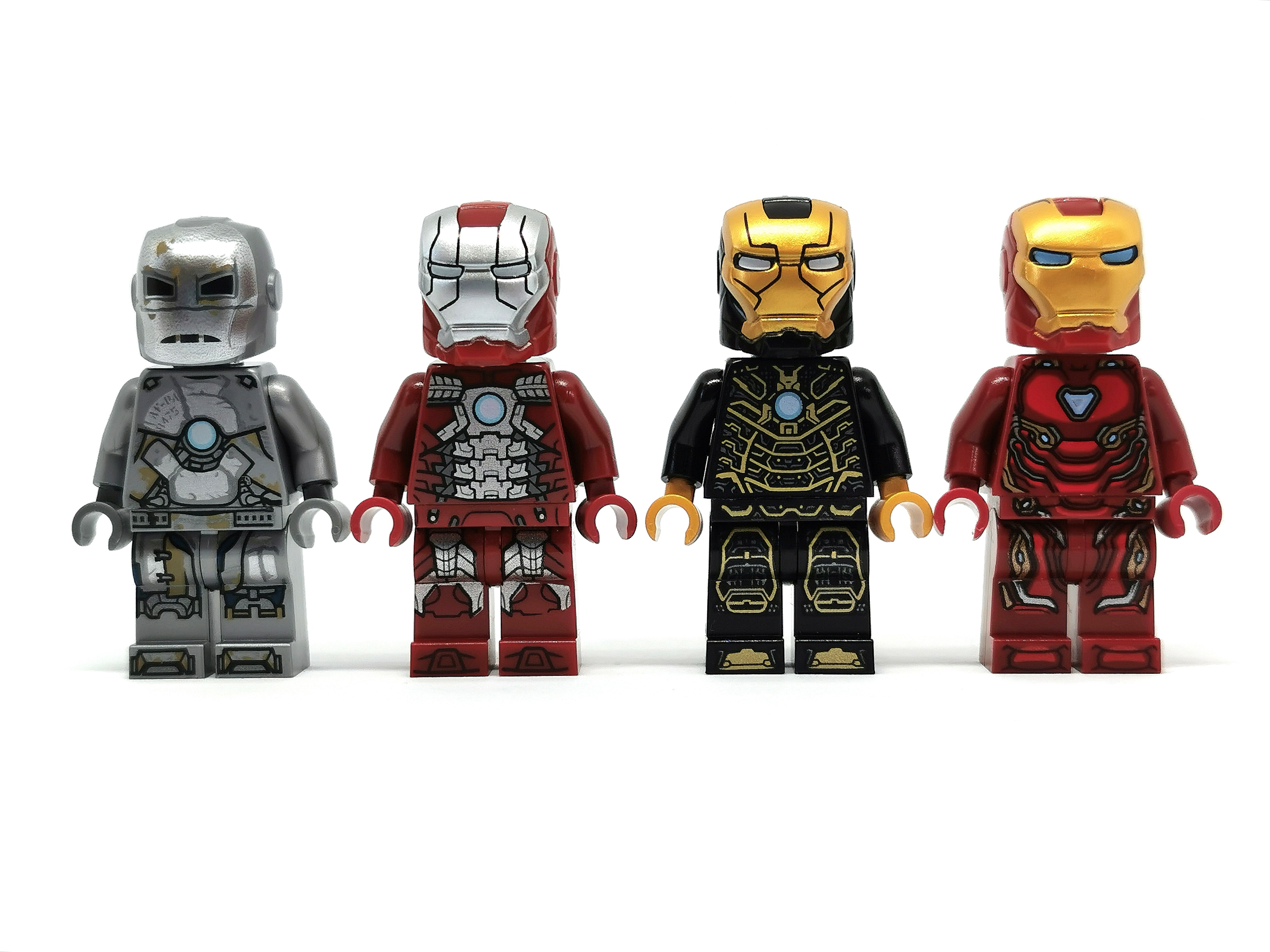 Being a massive Minifigure fan and collector I find these a must have, and three of the four Minifigures are unique to this set.

Mk 1, the big, bulky suit from which it all began, for me, takes centre stage and rightly so. The print detail and finish is outstanding. Sure LEGO could have bulked out the torso with a modified armour piece but then that would have taken away the magnificent printing.

The helmet used here is from the newer helmet moulds, and sadly no front flap. But it works well and fits the whole look of the Mk 1 armour.

Mk 5, also known as the ‘Suitcase’, as it was Tony Stark’s very first portable suit, used in Iron Man 2 against Whiplash.

Again the print work on these Minifigures is truly outstanding and very well done, you’ll probably read those words again and again with the next two Minifigures coming up!

Mk 41 is a gorgeous suit and probably my favourite in this set. It is a more stripped-back approach to a suit than normal, it’s used for more agile, faster movements. The black & gold print really adds depth, I like the blank, bareboned look.

Mk 50 has the most advanced technology of any suit and incorporates Nano tech, which can transform his weapons and abilities at the blink of an eye.

Sadly this Minifigure isn’t unique to this set and we’ve gotten him before in Dr Stranges’ Sanctum Sanctorum Showdown (76108). Saying that doesn’t lessen it at all and really happy to get him again!

Print is identical to the previous rendition in everyway. Good design and well printed. Front and back printing is always good. 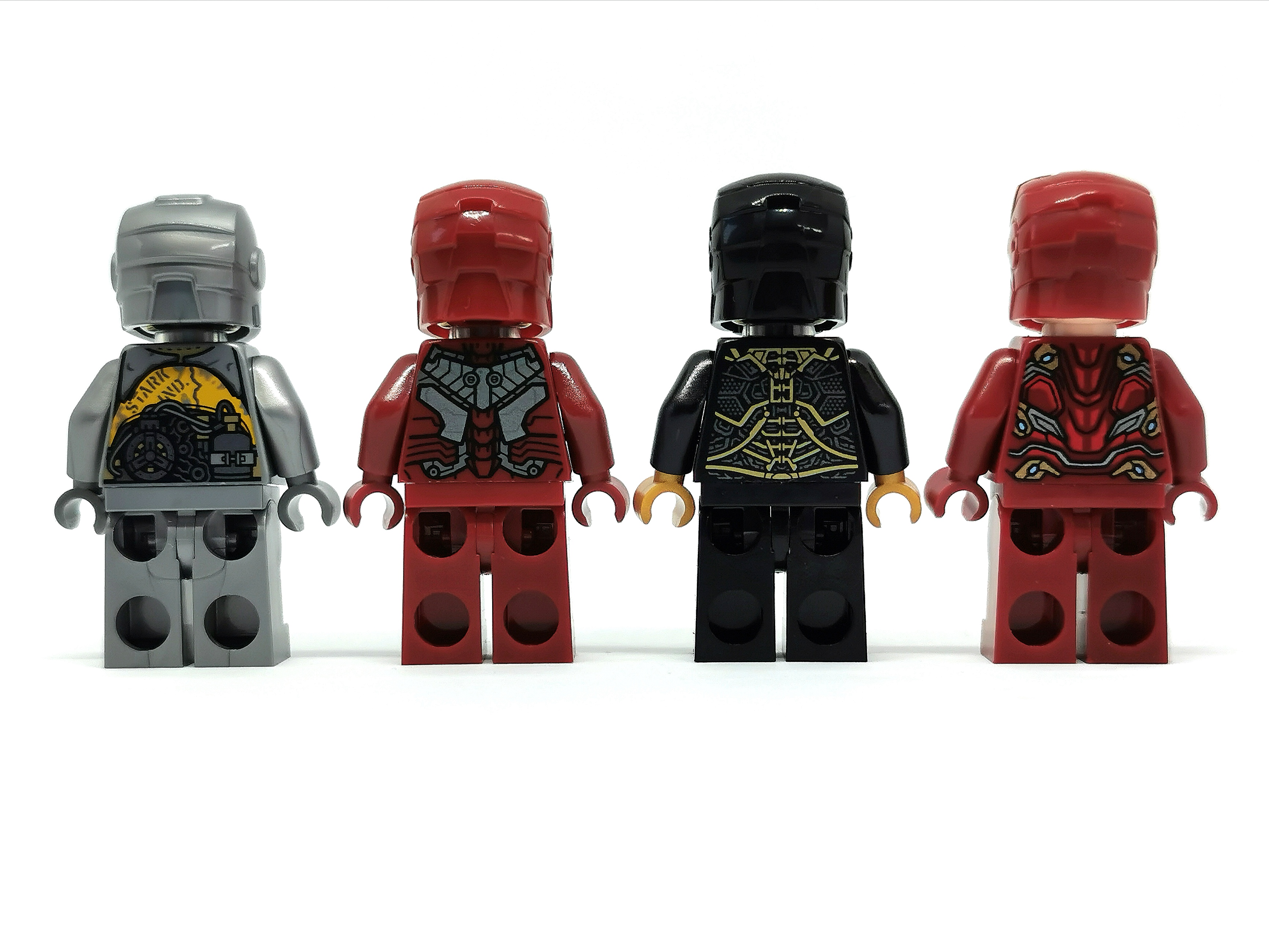 Outriders, what can I say about these Minifigures, apart from they are in pretty much every Avengers set going. 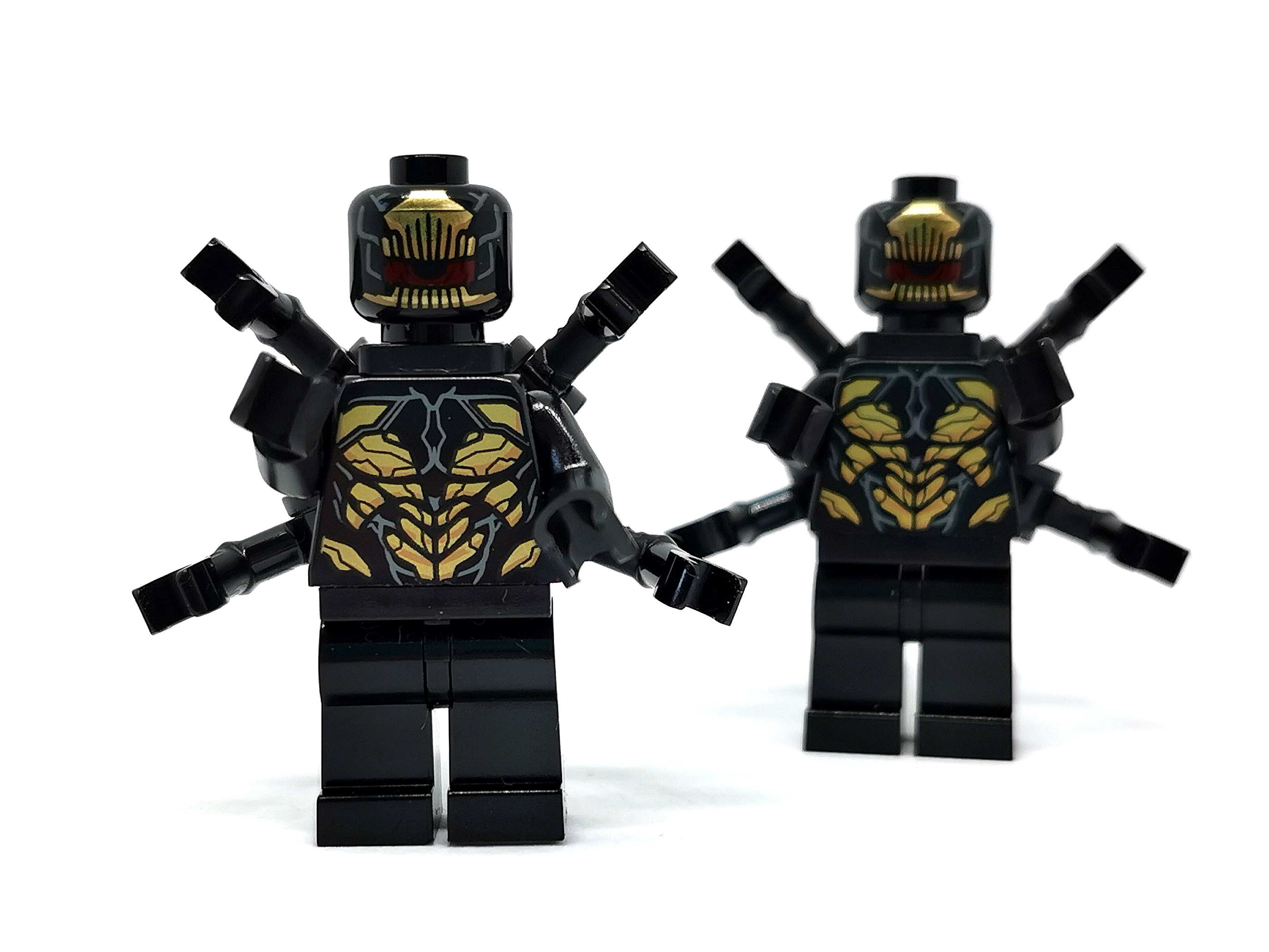 I recently collected an army of these for a MOC project and because of that I’m fed up with seeing them, but that doesn’t mean they are bad, they are actually really well done. I like the gold

Igor is a larger Iron Man suit, not as big as the Hulk Buster though. The official suit number is Mk 38, and was first seen/used after the Battle of New York. Primarily designed for heavy lifting, and part of the Iron Legion. 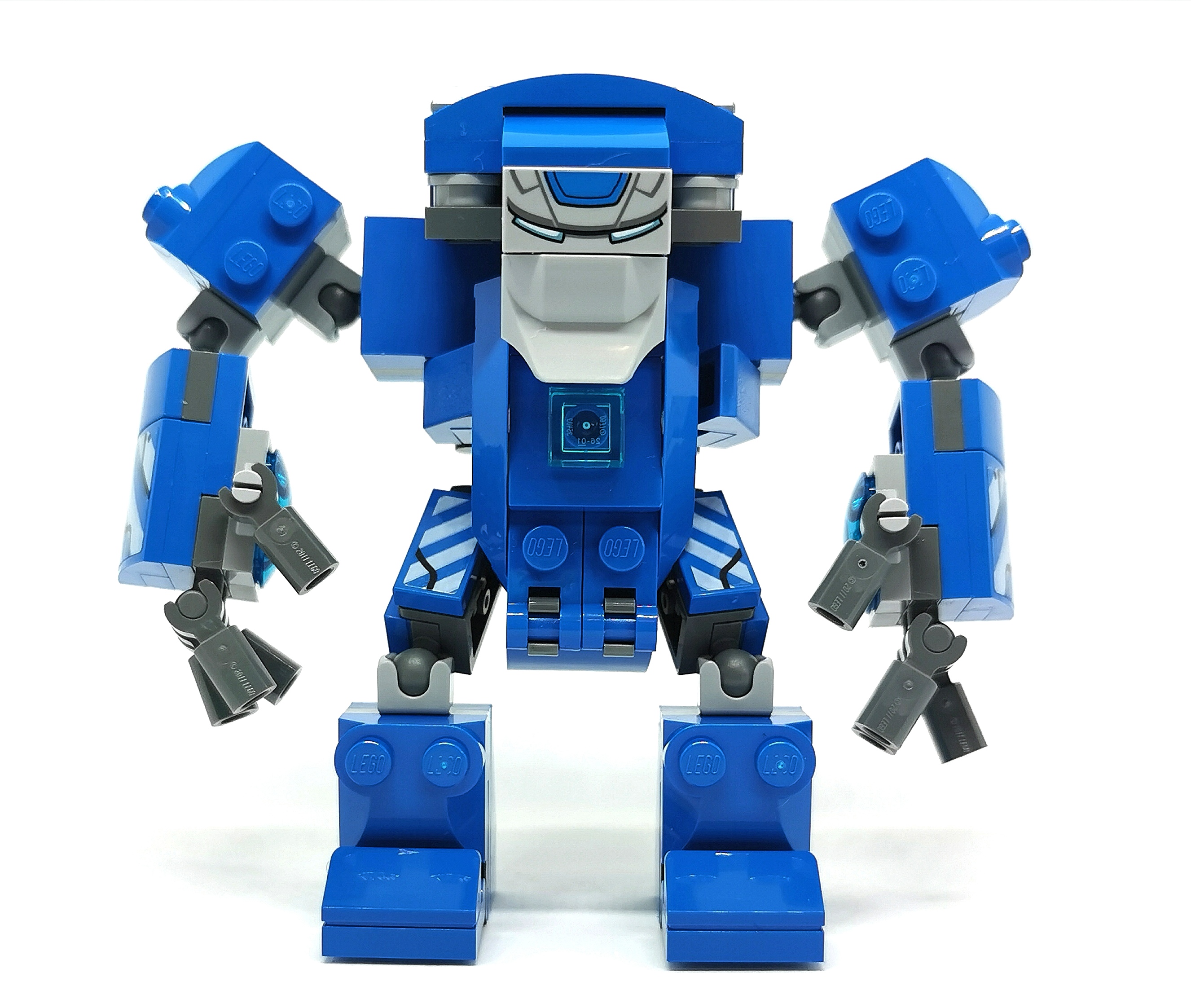 The build is small but enjoyable. The articulation is beyond good, you can pose Igor in pretty much any position, he can even kick himself!

There is room for a Minifigure, which is obvious as it’s a suit after all.

Now for the one bad point, the price, its too high for what you get, in my honest opinion. RRP is £54.99, this makes it an average of 11p per piece, which is a tad on the high side compared to other sets in this price range.

Perhaps LEGO thinks that the four Iron Man Minifigures are worth more as they’re highly collectable. Sadly in the secondary market this is true but for a manufacturing company to think that (if they do) is wrong and the price shouldn’t be altered.

Anyway, I still bought it, I still like it, and I’d probably buy another, if it was on deal 😉

The main build is good, although repetitive due to the many Chambers being identical. Saying that I’ll definitely be adding more and expanding it further.

The Minifigures are great and will be added to my collection for sure. Prints and designs are spot on and look awesome!

Igor is a surprisingly good addition to the set and should be included in the Hall of Armour display. 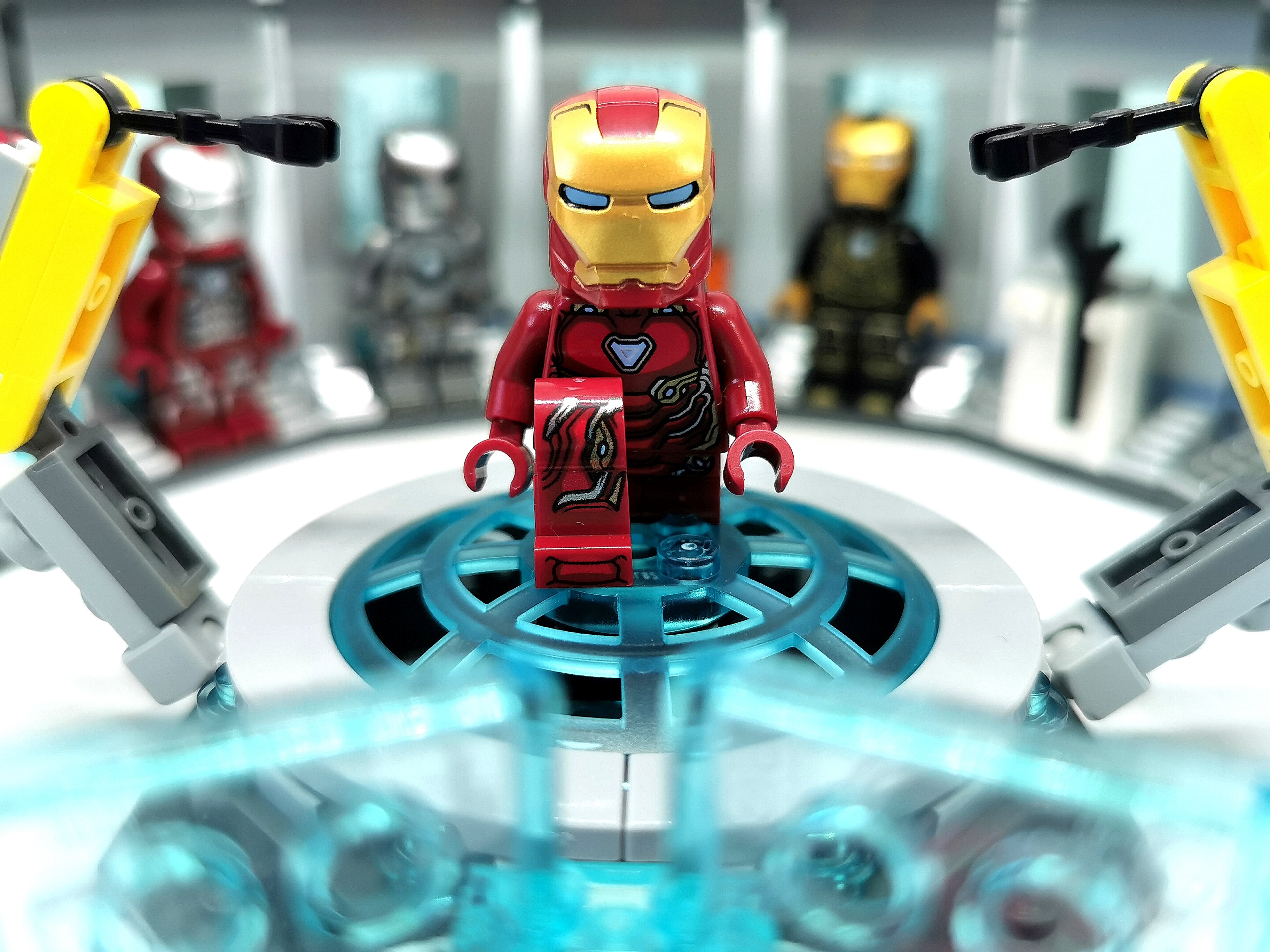 I am Iron Man!

Do you have this set? What are your thoughts? Let us know in the comments below.

Thank you for reading! 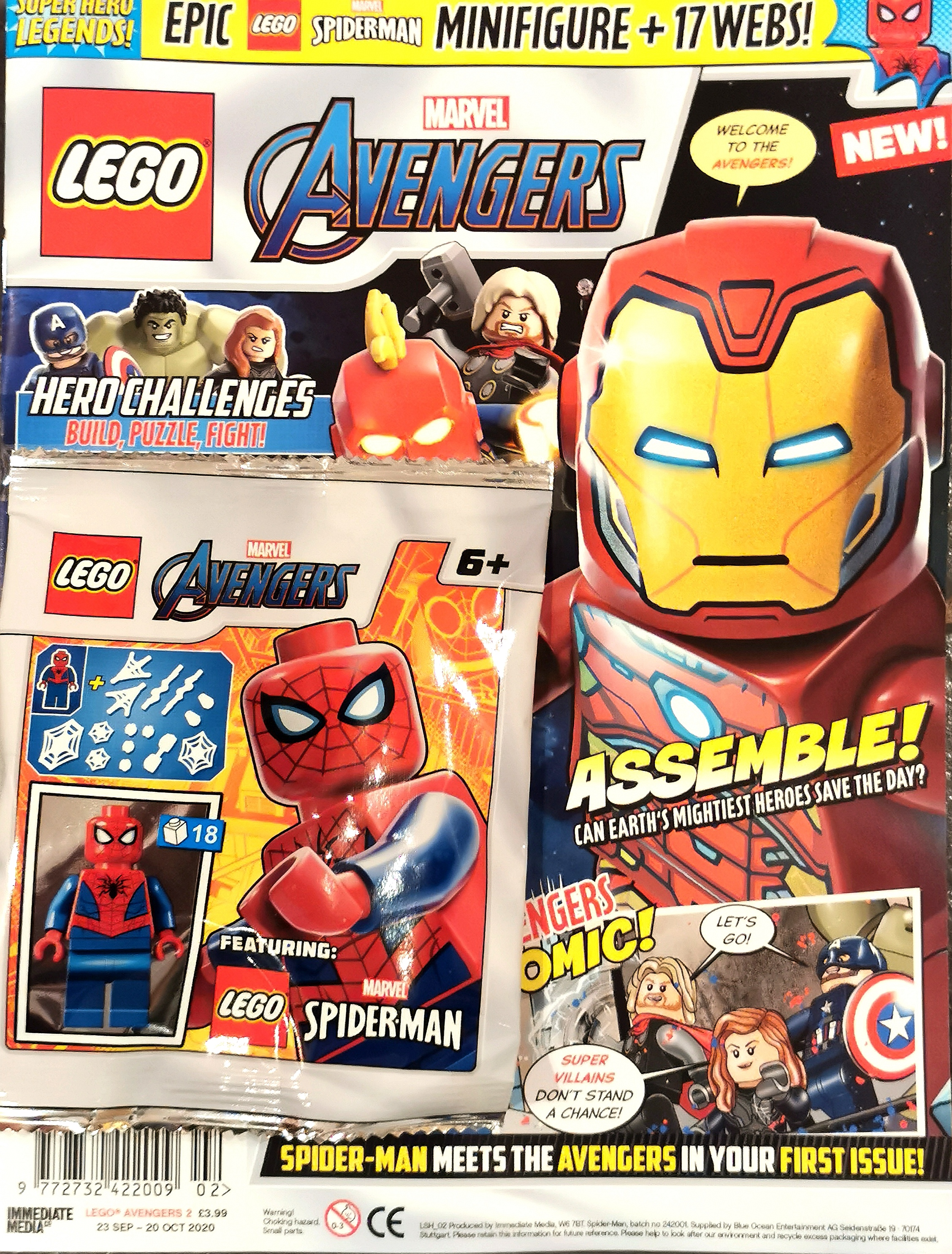 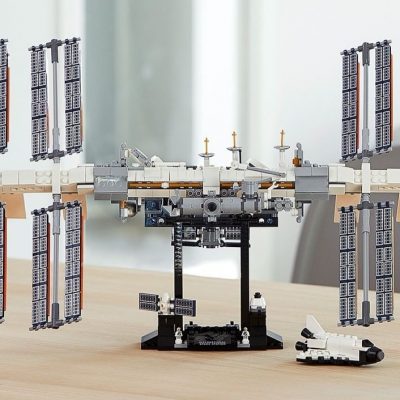