LEGO has released, via updates to their online store (Shop@Home), a handful of LEGO Star Wars sets.

They include some of the sets we’ve seen previously over the last week or so but now that LEGO have officially shared them we can of course post them too.

These sets will be available from LEGO Brand Stores and Shop@Home 1st March 2021.

Watch this space as more LEGO Star Wars releases may be incoming. 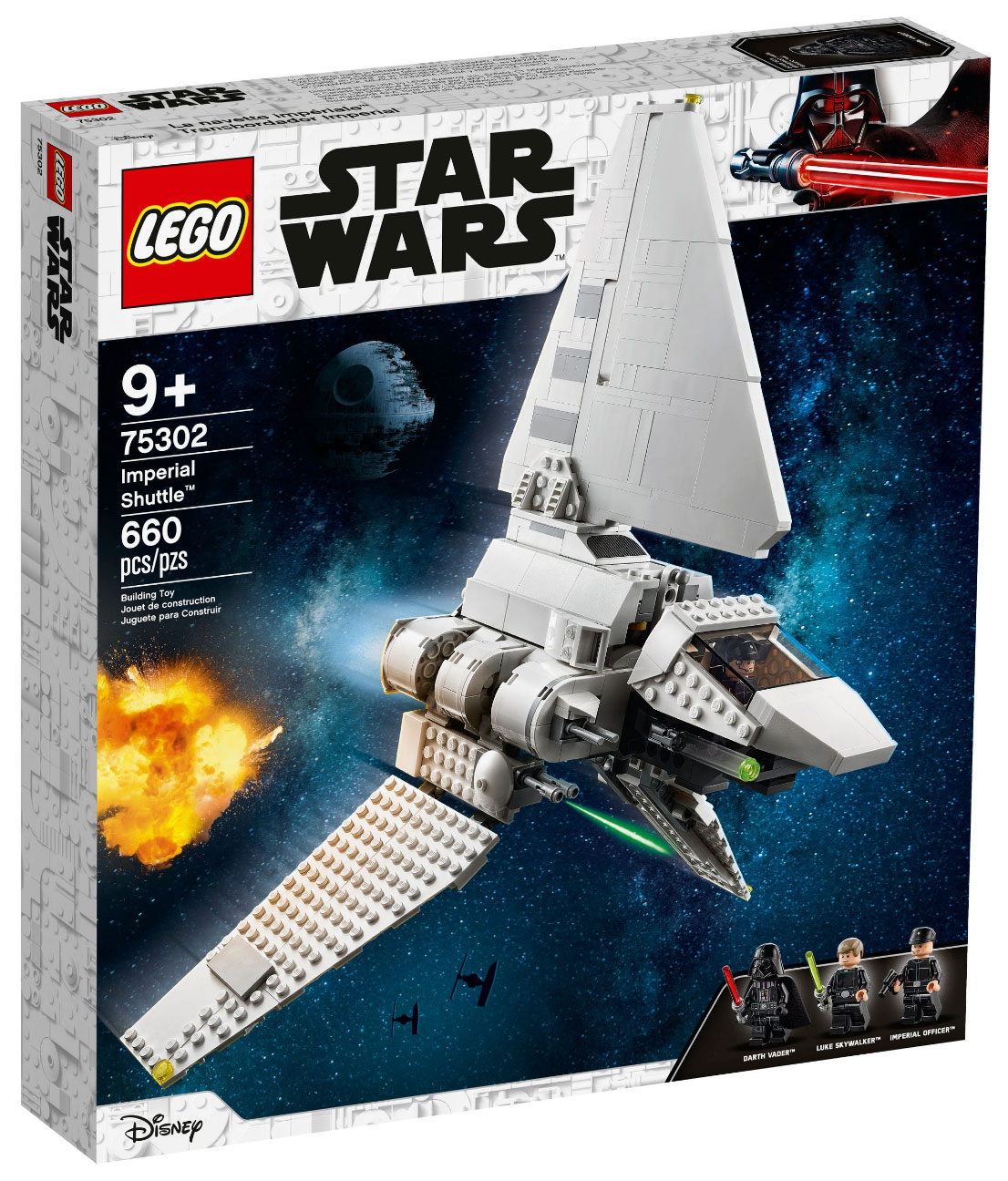 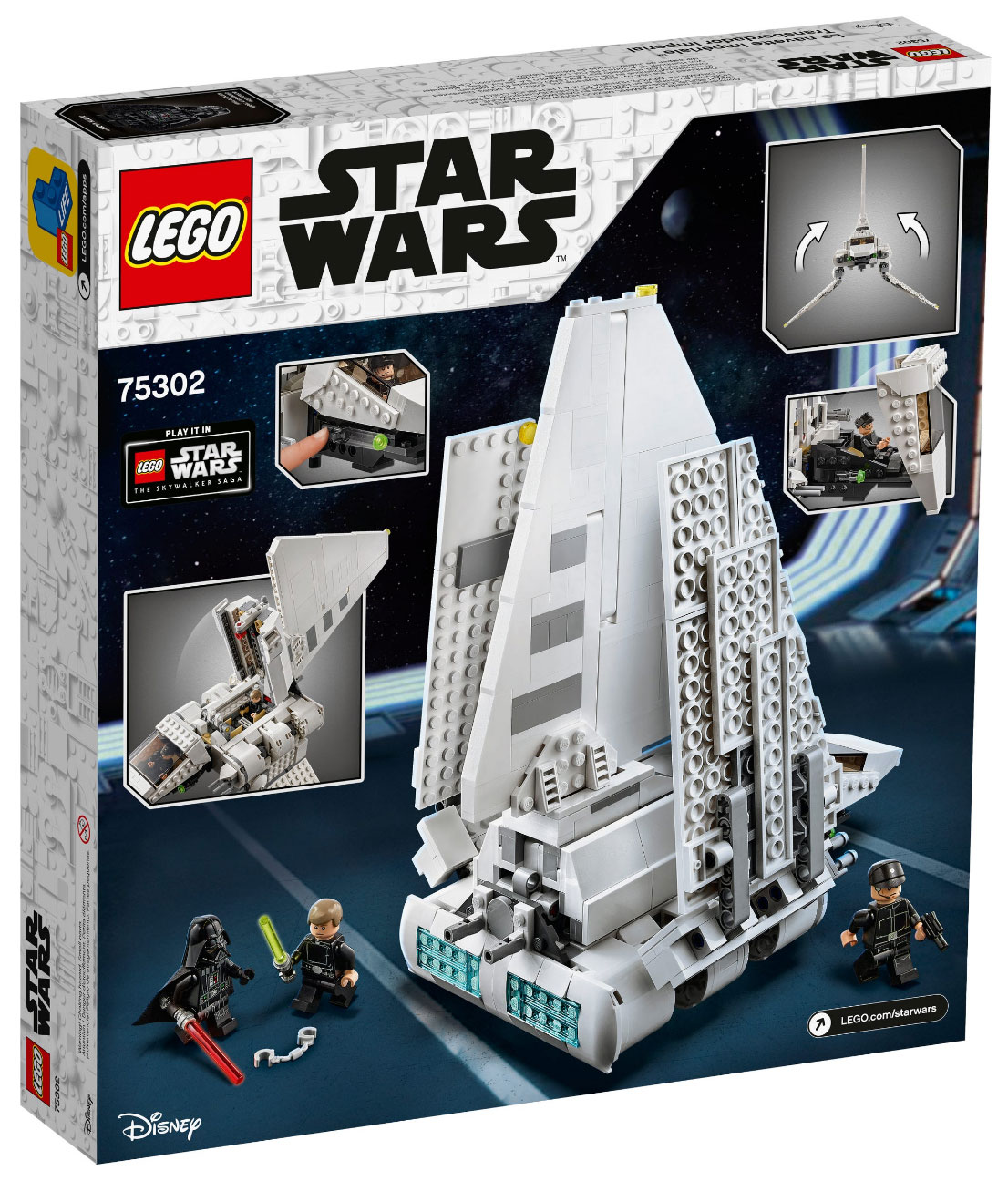 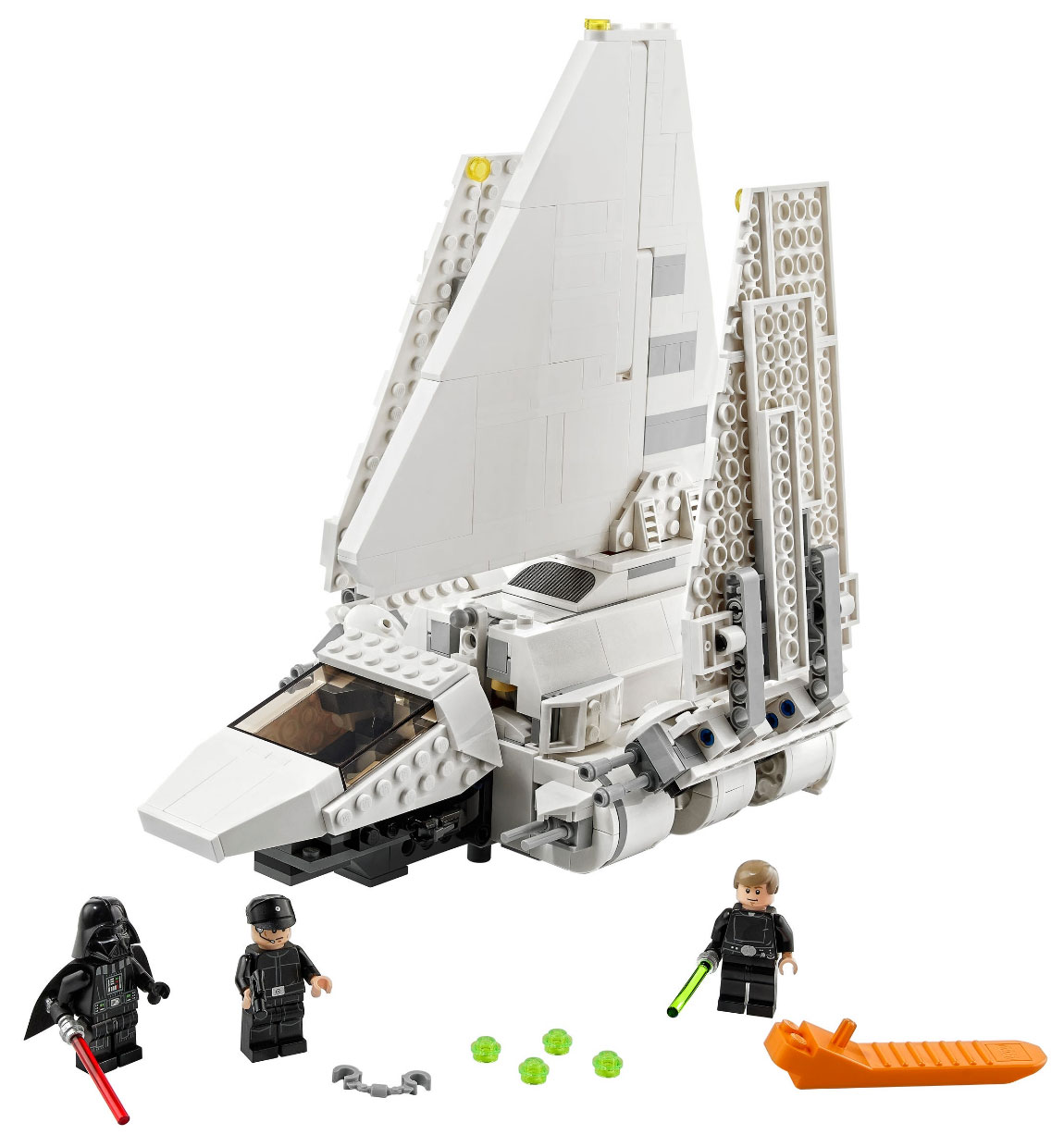 Fans can play out exciting scenes from the classic Star Wars™ trilogy with this buildable Imperial Shuttle (75302) model. The elegant design of the shuttle is beautifully recreated in LEGO® bricks, with an opening minifigure cockpit, opening main compartment with space for 2 LEGO minifigures, foldable wings for flight and landing mode, plus 2 stud shooters. Between playtime adventures, it makes a cool display piece.

Awesome gifts
The LEGO Group has been recreating iconic starships, vehicles, locations and characters from the Star Wars universe since 1999. LEGO Star Wars is now its most successful theme, with fun, creative gift ideas for fans of all ages.

Build a LEGO® brick version of the elegant Imperial Shuttle and play out scenes from the classic Star Wars™ trilogy with this action-packed building toy for kids (75302).
Includes 3 LEGO® minifigures – Darth Vader and Luke Skywalker, both with a lightsaber, and an Imperial Officer with a blaster pistol, plus a handcuffs accessory element – for fun, creative play.
The Imperial Shuttle features an opening minifigure cockpit, opening main compartment with space for 2 LEGO® minifigures, foldable wings for flight and landing mode, plus 2 stud shooters.
This awesome building toy makes the best birthday, holiday or surprise gift for kids and any Star Wars™ fan aged 9 and up. It’s fun to build and play with solo or with family and friends.
The Imperial Shuttle measures over 10 in. (25 cm) high, 9 in. (24 cm) long and 14 in. (35 cm) wide. Kids will be proud to display their creation in their bedroom between playtime adventures.
Thinking of buying this buildable playset for a Star Wars™ fan who is a LEGO® beginner? No problem. It comes with easy-to-follow instructions so they will soon be building with Jedi-like confidence.
There are LEGO® Star Wars™ sets to delight people of all ages, whether they want to recreate memorable scenes, role-play their own stories or just build and display the striking construction models.
LEGO® components satisfy stringent industry standards, meaning that they are compatible and connect consistently for robust builds.
LEGO® components are dropped, heated, crushed, twisted and analyzed to ensure they meet some of the highest safety standards here on Earth – and in galaxies far, far away! 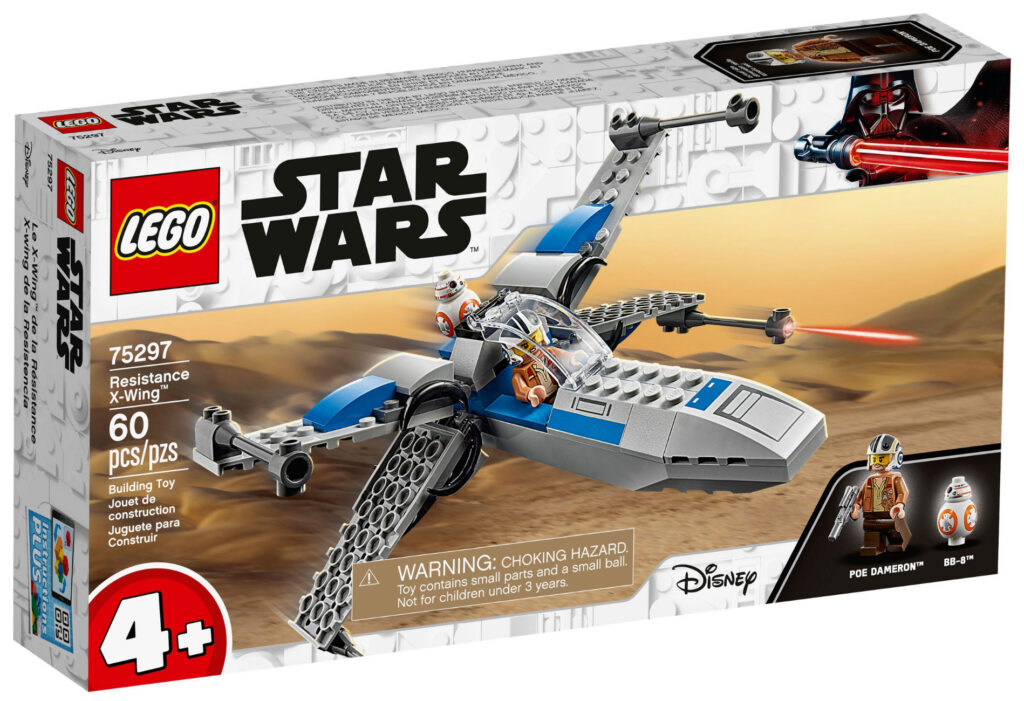 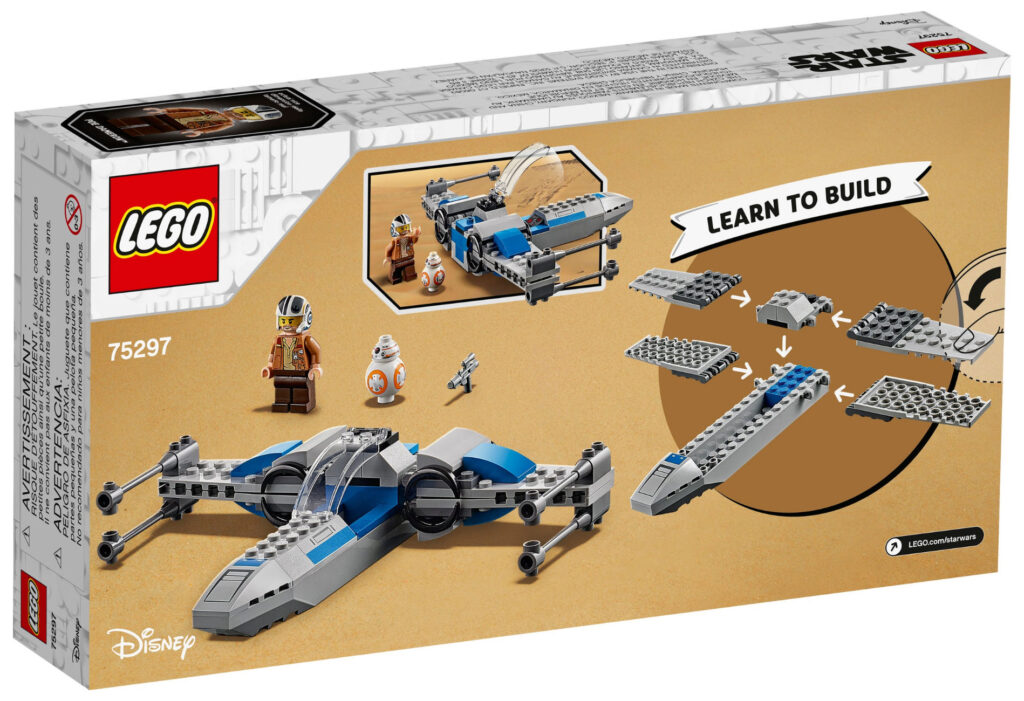 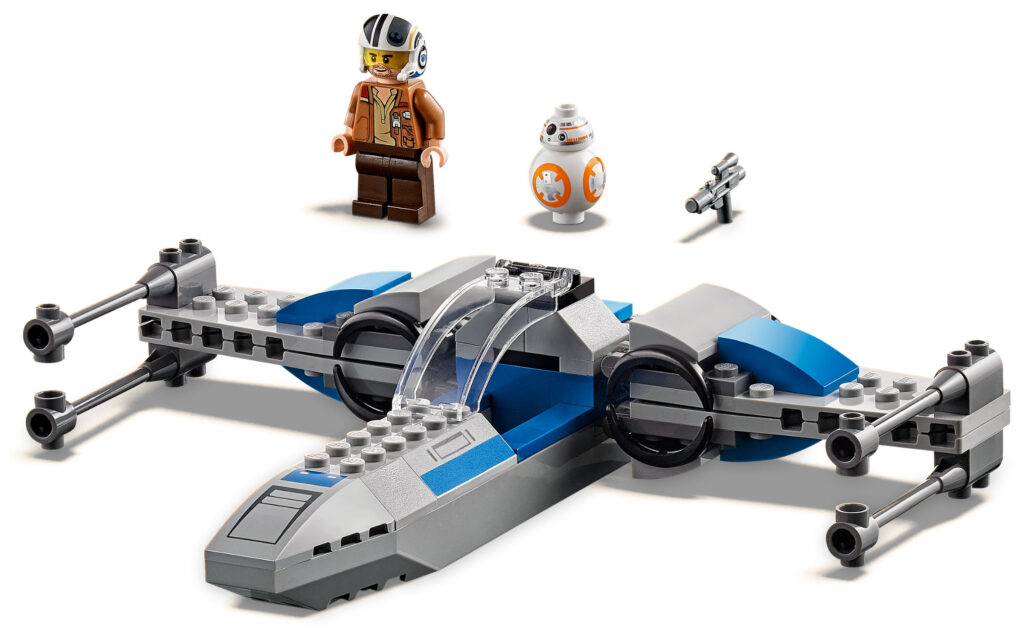 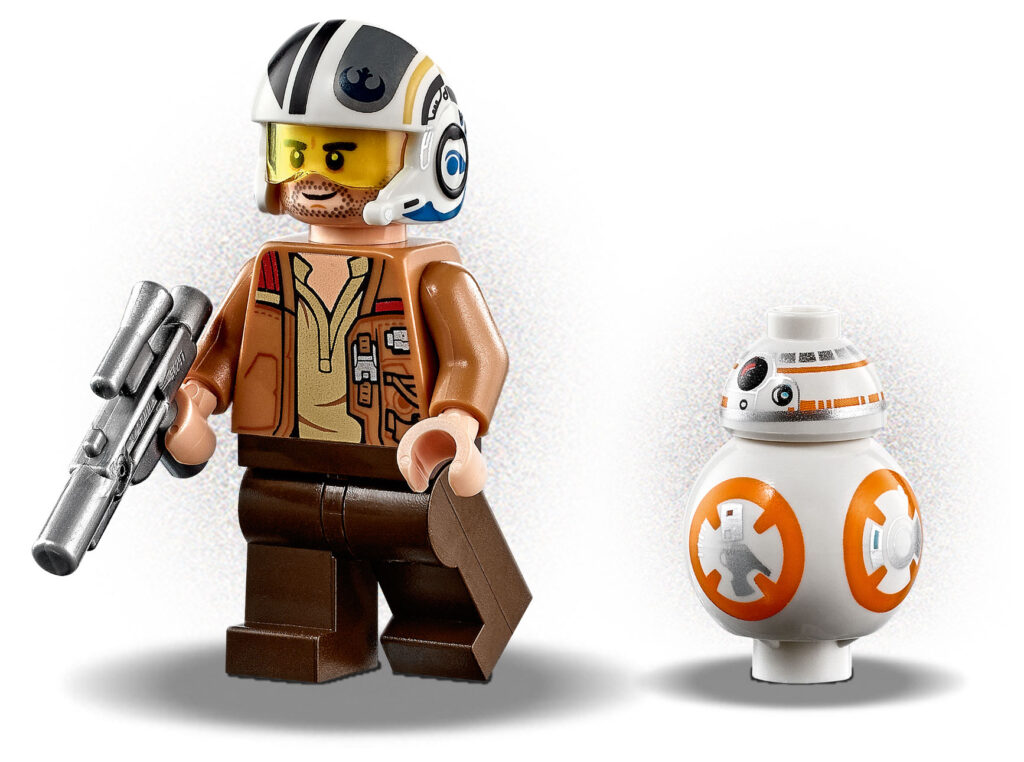 Let youngsters learn to build and role-play with this LEGO® Star Wars™ Resistance X-wing (75297) for ages 4 and up. A simple-to-build version of the starfighter from Star Wars: The Force Awakens, this awesome building toy has wings that fold out for flight and in for landing. The Poe Dameron LEGO minifigure, which comes with a blaster pistol, fits in the X-wing’s opening cockpit and there is space behind for the BB-8 droid LEGO figure.

Welcome to 4+
LEGO Star Wars 4+ buildable toy playsets give younger kids aged 4 and up the best introduction to LEGO building and the Star Wars saga. With Starter Brick bases to help them, they can construct vehicles, buildings and more – on their own, or with assistance from an older sibling or adult – and get playing fast.

Give younger children a great first experience of LEGO® Star Wars™ with this Resistance X-wing (75297) construction toy, featuring a starter brick chassis for a quick build so the action starts fast.
The buildable starfighter toy comes with a Poe Dameron LEGO® minifigure with a blaster pistol, plus a BB-8 droid LEGO figure to inspire creative role-play fun.
The X-wing has an opening cockpit for Poe Dameron, space for BB-8 and wings that fold out for flight mode.
Easy to build and rebuild after playtime battles, this 60-piece LEGO® Star Wars™ starter set makes the best birthday present, holiday gift or surprise treat for creative kids aged 4 and up.
This awesome starfighter building toy measures over 1.5 in. (5 cm) high, 6 in. (15 cm) long and 7.5 in. (19 cm) wide, so it can fit easily into a child’s backpack ready for play on the go.
This is an ideal construction model for young children to attempt to build on their own or with the assistance of an older sibling or adult.
Make building this starfighter extra exciting for children with Instructions PLUS, available in the free LEGO® Building Instructions app, featuring zoom and rotate viewing tools.
LEGO® Star Wars™ 4+ building toys give kids a fun-packed introduction to the Star Wars universe, helping them learn to build and develop their creativity through play. 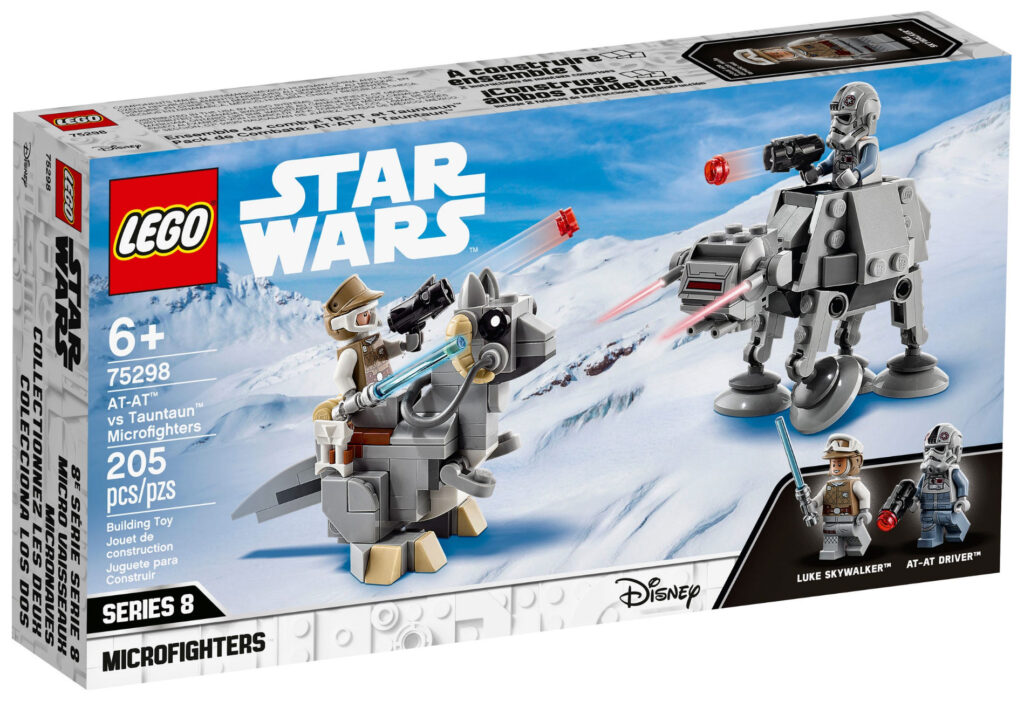 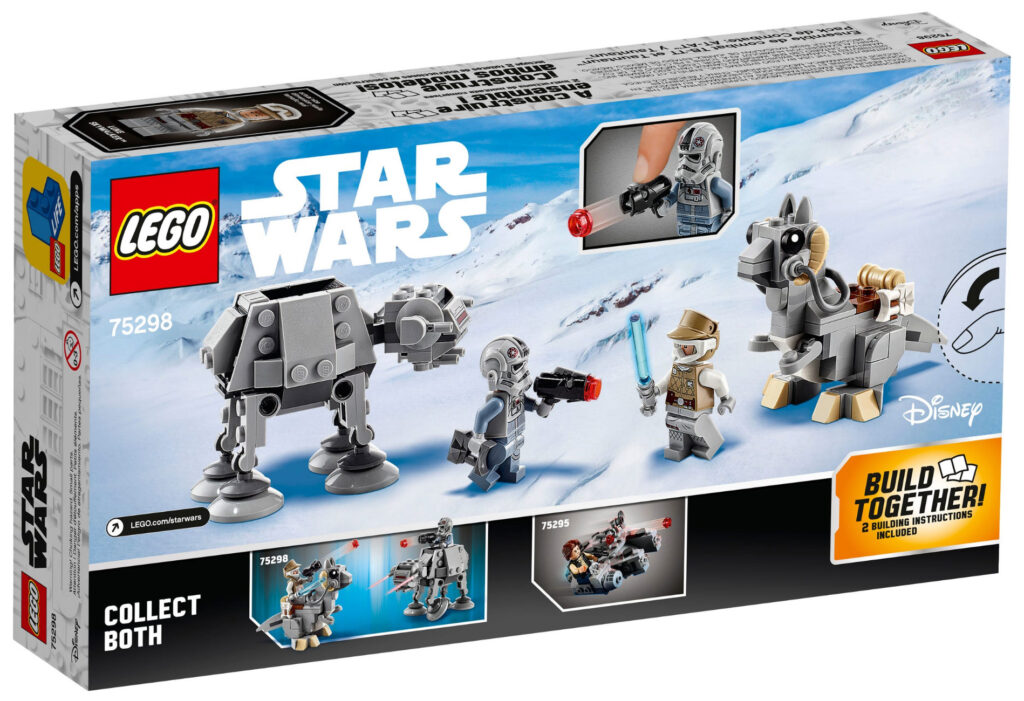 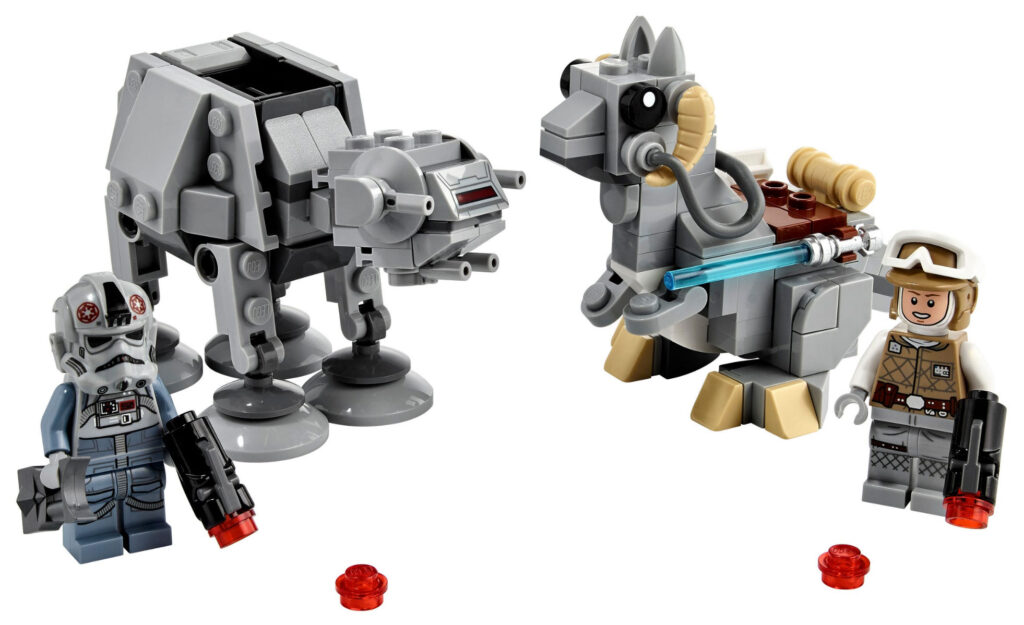 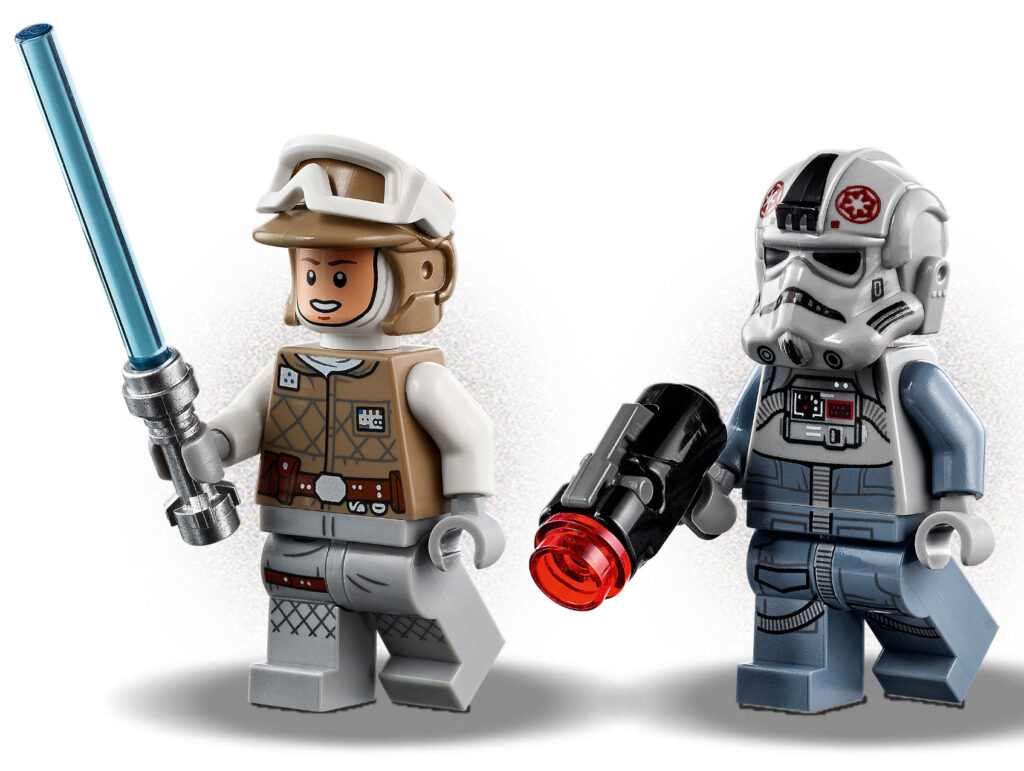 Inspire young children to reimagine the Battle of Hoth from Star Wars: The Empire Strikes Back and play out their own stories with this AT-AT vs. Tauntaun Microfighters (75298) building set. It features a quick-to-build, posable AT-AT Walker and Tauntaun construction models for the 2 LEGO® minifigures to sit on.

Role-play fun
The Luke Skywalker and AT-AT Driver LEGO minifigures each have a stud shooter and an electrobinoculars element, and Luke also has a lightsaber for battle play. This fun, creative set comes with clear instructions so even LEGO beginners can build with Jedi-like confidence, and it combines perfectly with the Millennium Falcon Microfighter (75295).

Welcome to the LEGO Star Wars™ universe
For over two decades, the LEGO Group has been creating amazing, brick-built versions of iconic Star Wars starships, vehicles, locations and characters. This building toy makes an awesome birthday, holiday or surprise gift for young kids to introduce them to this action-packed galaxy of fun.

Kids can recreate the Battle of Hoth from Star Wars: The Empire Strikes Back and role-play their own stories with these quick-build, LEGO® brick AT-AT Walker and Tauntaun Microfighters.
This AT-AT vs. Tauntaun Microfighters (75298) set features 2 LEGO® minifigures: Luke Skywalker, with a lightsaber, and an AT-AT Driver. Each has a stud shooter and an electrobinoculars element.
The Tauntaun and the posable AT-AT each have a seat for a LEGO® minifigure, and the set combines brilliantly with the Millennium Falcon Microfighter (75295) for extra battle action.
This awesome 205-piece construction toy makes the best birthday present, holiday gift or unexpected treat for kids aged 6 and up to introduce them to the fun, creative LEGO® Star Wars™ universe.
The Tauntaun measures over 2.5 in. (7 cm) high, 3.5 in. (9 cm) long and 2 in. (5 cm) wide. Along with the AT-AT and LEGO® minifigures, the set fits in a child’s backpack for play on their travels.
Thinking of buying this buildable playset for a young Star Wars™ fan who is a LEGO® beginner? No problem. It comes with easy-to-follow instructions so they can build independently.
LEGO® Star Wars™ building toys are great for kids (and adult fans) to recreate Star Wars saga scenes, dream up their own unique stories or simply build and display the collectible construction models. 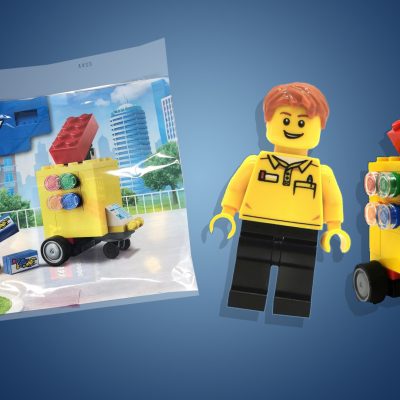 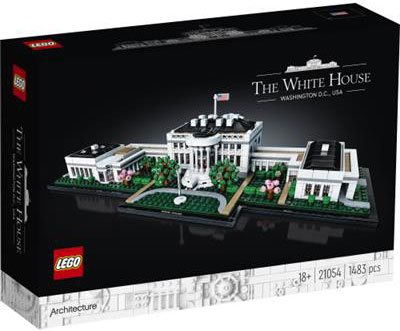